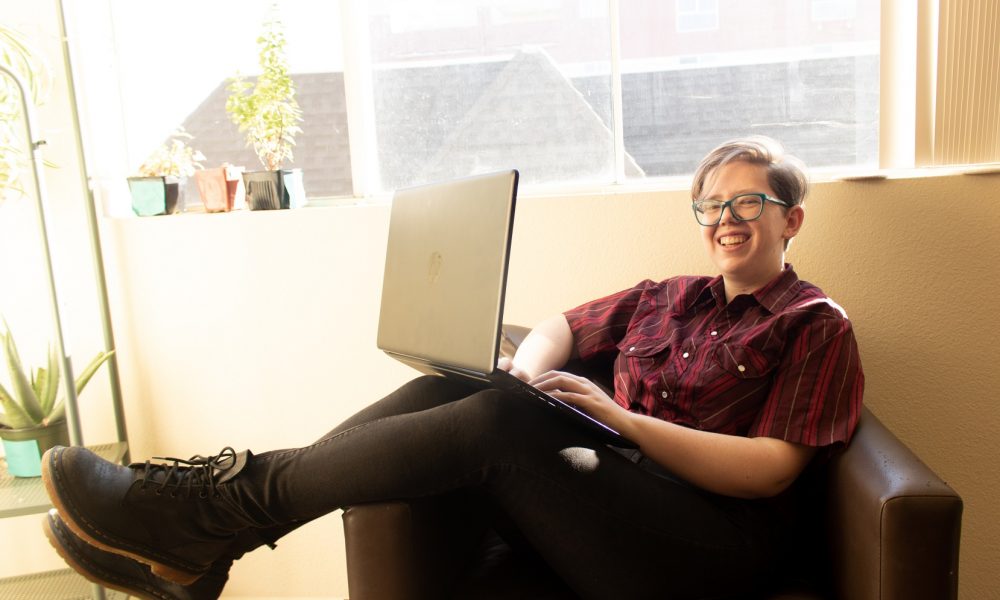 Today we’d like to introduce you to Katherine O’Keefe.

So, before we jump into specific questions, why don’t you give us some details about you and your story.
I spent a few years bouncing around the entertainment industry: I worked as a set PA in reality tv, and as an accounting clerk on Oscar-winning movies and scandal-plagued tv shows. I was working in premium cable tv as a production assistant when I got the opportunity to join the inaugural intimacy coordinating training course provided by Intimacy Professionals Association (IPA). I was very interested because the experience of working on set as a “day player” PA had given me some firsthand knowledge of how ugly and aggressively unfriendly the environment often is towards women. At that time, I was shocked by how casually harassment was accepted, and how attitudes that were often technically illegal were treated as a matter of course. But what shocked me even more was that I, a woman who was not particularly shy or nervous, shut down each time it happened to me. I had always assumed I would have a quick and biting retort to embarrass any sexist Neanderthal or a passionate and well-reasoned argument to show the way and the light to those who needed some education. Instead, all I could do was silently shake off his hands when a producer started massaging my shoulders in front of the entire crew. No one else seemed to notice.

Having worked those jobs when I was new to the industry, unsure of the norms, and completely disposable as an employee, gave me an interest in how to enact structural change. I didn’t want to have to attend workshops or think any harder about how to stand up for myself. I didn’t want to have a thicker skin or faster retort, I wanted to be able to go to work and do my job and go home, and not need to be extraordinary or tough to survive a job.

That’s what drew me to intimacy coordinating. As an intimacy coordinator, I make sure that scenes with simulated sex and nudity are filmed in a safe and appropriate way. Acting is an inherently vulnerable state of being; adding nudity and simulated sex to it only adds to that. I make sure from the outset that every actor involved in an intimate scene is heard, that their needs and safety are being taken seriously, and that everyone involved in intimate scenes, no matter where their name is on the callshet, is given a safe and professional environment to work in. Acting on the defense, internally tensing at every touch isn’t going to make for good scenes, and only compounds how difficult acting is. I want actors to be able to do their best work, and that happens when they feel safe enough that they can actually focus on acting. It’s a tough industry, and acting is a tough job. It doesn’t need to be any tougher. I want to make sure we stop losing talented people who leave because it’s not worth compromising their health and safety.

Great, so let’s dig a little deeper into the story – has it been an easy path overall and if not, what were the challenges you’ve had to overcome?
There has been a lot of excitement about the new role, but there has also been a lot of pushback. People are resistant to change, and this is an especially emotionally difficult change. People think we are here just to stop predators, but the sad truth is, a lot of the damage that was done was committed by people who think of themselves as good people. The system itself was flawed: it was set up in a way that made it extremely difficult, if not impossible, for actors to advocate for themselves without very reasonable fear of career consequences. It is very difficult to talk about sex in a professional way. For most people it isn’t a vocabulary or a skillset they have. And for people who have been working in this industry for many years, it’s a really tough thing to look back and realize that sets they worked on, that people they respected and enjoyed working with, or that they themselves were involved in unsafe conditions. Situations where actors got hurt by either being forced into actions and nudity they were uncomfortable with but couldn’t say no to, or where they were being harassed in full view and no one did anything. That’s a tough bit of self-reflection for anyone. It’s much easier to blame an overly sensitive culture or think of it as a reaction to a few very bad situations that everyone is being punished for than it is to take a clear-eyed look at the past and realize that people were getting hurt as a matter of course and no one did anything because it was the standard way to handle sex scenes. I think until using intimacy coordinators becomes completely standard, there will always be pushback from people who don’t realize how necessary we are because we force them to acknowledge that a need wasn’t being met before.

We’d love to hear more about your work and what you are currently focused on. What else should we know?
I specialize in LGBT intimacy coordination, especially w/w scenes. As far as I know, I am the only lesbian intimacy coordinator in Los Angeles (although there are some other wonderful queer intimacy coordinators). One of the misconceptions of the job is that we are only involved for the shoot day, which isn’t true! Like most things prep is everything, and the more prepped an intimate scene is the easier the actual shooting is. Again, people don’t know how to talk about sex professionally. For obvious reasons, it’s not a skillset people develop, and a lot of really unfortunate situations can come out of people not knowing how to communicate their vision adequately or communicate their discomfort. My basic goal is to make sure that before anyone steps on set that there is a plan, everyone knows what the plan is, everyone is comfortable and on board with the plan, and then that plan is what actually happens.

What are your plans for the future? What are you looking forward to or planning for – any big changes?
We are still the early days of intimacy coordination and I am incredibly excited to be a part of the group of people who are taking this industry in a safer, healthier direction. Personally, I was thrilled to recently wrap up working on the third season of Vida on Starz, and I hope to keep working on queer shows that use intimacy as part of dynamic storytelling. For the industry at large, I can only hope that using an Intimacy Coordinator becomes as normal as using a stunt coordinator for stunts and that actors never again have to feel like they need compromise their safety or risk losing their career. 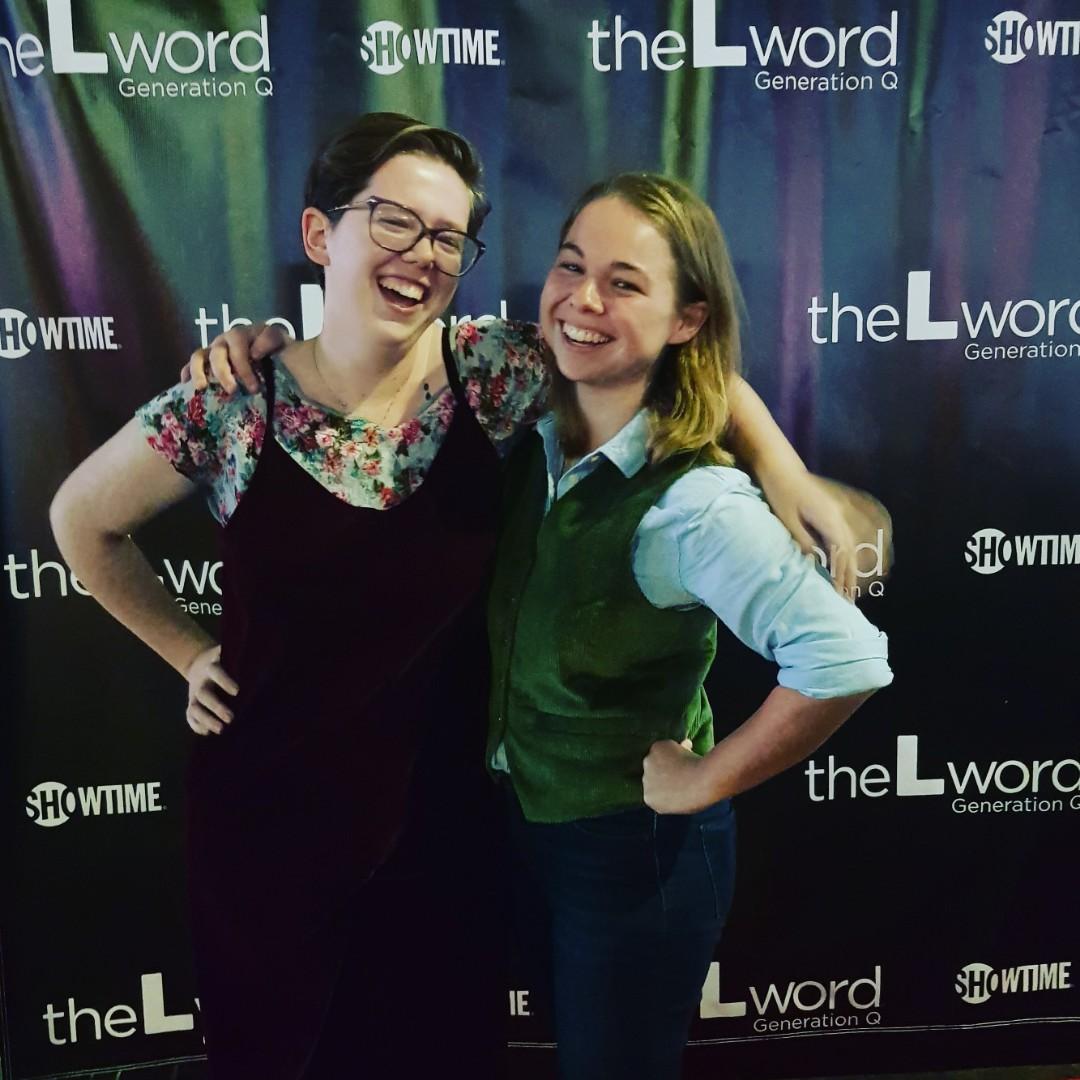