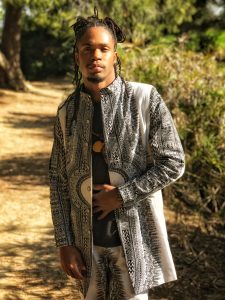 Today we’d like to introduce you to Kahlil Cummings.

So, before we jump into specific questions about the business, why don’t you give us some details about you and your story.
I’m a percussionist virtuoso, LA native born and raised in the heart of cultural hot spot Leimert Park. I grew up in the African drum and dance community. I feel like many aspects of my life all connect back to the community I emerged in. My faith, culture, music, and Capoeira (Afro-Brazilian martial art) all became apart of my upbringing from a young age.

My father being a musician, surrounded me with many elders, teachers, pioneers, and masters that have influenced my life and created an environment for me to hone my skills. Leimert Park remains to be a location where culture is strong – from Jazz, Drum Line, Hip Hop African, Afro-Cuban, and Afro-Brazilian, music and dance are a part of the community. Although now due to changes happening in the city, the area is now undergoing lots of construction as a new Metro line will stop in the center of the Park.

I strongly believe the culture will remain and will continue to evolve. I believe there is a renaissance happening in Los Angeles, and such places have bred several artists. I consider myself a culture defender. Meaning that I made it my life purpose to share my culture and shine light on the beauty of the African Diaspora. I love to teach and perform, especially back in my own communities. I offer classes weekly, teaching drumming and song. Non-profits, such as Rhythm Arts Alliance and Brasil Brasil Cultural Center, help provide donation-based or low-cost classes where I can teach and reach the greater community.

For me, it all starts here. I have been active in the fight to save arts in education. Although I have several elders, teachers, and I strongly acknowledge the life long lessons, the drum was also one of my teachers. I wouldn’t be the person I am today without music. Music has taken me to places all around the world and connected me with people in ways unimaginable. I’ve had the honor of sharing the stage with artists such as Kendrick Lamar, Pharrell Williams, Janelle Monae, Pit Bull, Ludacris, Will I am, Gwen Stefani, Zap Mama, Aloe Blacc, Rocky Dawuni and Lady Antebellum. I had the opportunity to produce and record music for four major productions of Takarazuka, a world-class elite Japanese theater ensemble. Recorded my first album Iniké Baba in Guinea West Africa. Performed in intriguing places like the Vatican. I found myself doing Capoeira on top of the ancient Coba pyramid in Mexico, overlooking the peninsula. Rocked crowds at the Grammy’s, Latin Music Awards, NAACP Image Awards, American Idol, The Voice Show, and Disney. It’s like my passport dances from place to place. And for that, I’m forever thankful.

Great, so let’s dig a little deeper into the story – has it been an easy path overall and if not, what were the challenges you’ve had to overcome?
It definitely has not been a smooth journey. Being a percussionist alone is a road where I feel you have to really hustle hard. Like my high school mate, the late artist Nipsey Hustle says, ” Hustle and Motivate”. For me being a percussionist as far as musicians go, they are often the last thing in mainstream music that are in demand. However, especially in cultural music, percussion and drums are so important. Drums are the backbone of all music. That said I really had to hustle extremely hard all my life to put myself in a position to work and be successful. Luckily I have never worked a normal job my entire life. I’ve always been performing and teaching. So although it has kept me busy, I feel that I’ve done well as an artist.

Extra Ancestral and Bloco Obini – what should we know? What do you do best? What sets you apart from the competition?
I am a full-time musician, recording artist/producer, percussionist virtuoso. I also teach the Afro-Brazilian martial art of Capoeira. I’ve created and directed a few groups and projects. Currently, I founded Extra Ancestral, which is a collective of artists featuring LA’s most dynamic musicians, led by heavy percussion, and is a fusion of hypnotic Afrobeat, Reggae, Jazz and traditional African diasporic rhythms, narrated by powerful dancing. Extra Ancestral is a psychic journey, a sensorial voyage that enraptures listeners and traverses temporal and geographic borders from Africa to the Americas and back, unearthing lessons from the past to hone tools for the future. Aside from Extra Ancestral being a performance/production, it’s also the name of the upcoming album that I produced and is due later this year. I consider it a movement. A rise up of culture and artistic expression. Another project I founded is an All Women’s drum ensemble, Bloco Obini. Using art to speak on the times, Bloco Obini performs Afro-Brazilian bloco drumming, with uplifting songs affirming that we are all royalty and come from Kings and Queens.

Bloco Obini represents the empowerment of not only women but an entire generation. By using the drum as a spiritual weapon to heal, educate, uplift, and serve the community and abroad. In a fractured world, we need culture to survive and thrive. Bloco Obini understands the power of the spirit of the drum, Ayan Agalu, and its healing effects on communities and people. Bloco Obini serves the people by providing the drum medicine and raising awareness to the many issues plaguing our societies. They are mothers, daughters, artists, activists, healers, teachers, and students dedicated to defending culture. Bloco Obini is a family. We are civilization’s anchor. We are a compass for humanity’s conscience.

I believe one of my strong qualities is to bring people together. I feel like I am a rare breed because I am a child of the African diaspora. I spent all my life studying and truly accepting this life as a messenger of African culture.

What moment in your career do you look back most fondly on?
In 2015, I had the opportunity to perform with Kendrick Lamar at the Grammy’s. The song selection we did was super impactful at that time. We opened our set with “Blacker the Berry” and as we transitioned to ‘Alright” the stage lit up with African drumming and dancing. I remember the look on the audience faces as we chanted ‘We gon be alright” in front of a huge fire with pyro effects. During the rehearsal process, there was a moment where acclaimed choreographer Fatima had Kendrick and I trade back in fourth lyric and drum. My role was to invoke his words musically. I asked him, what his vision was. He said, “brotha I want you to go off”. I can say that moment will forever stay in my mind. We made history at the Grammy’s. We shocked the industry with culture. Proudly, and unapologetically. 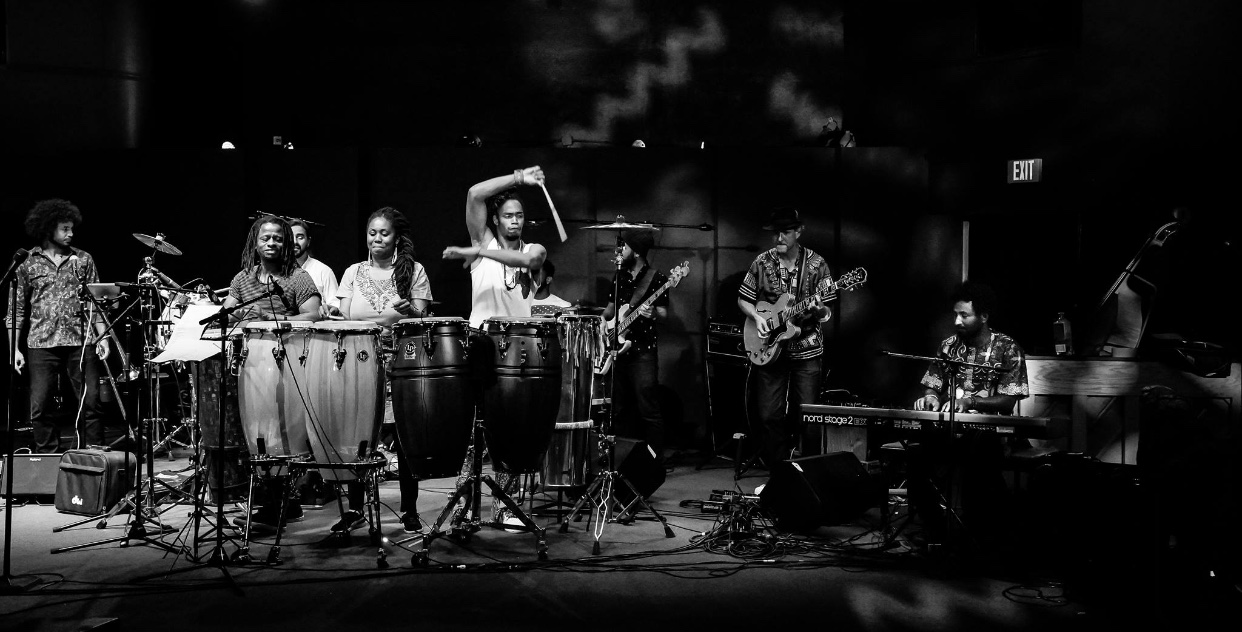 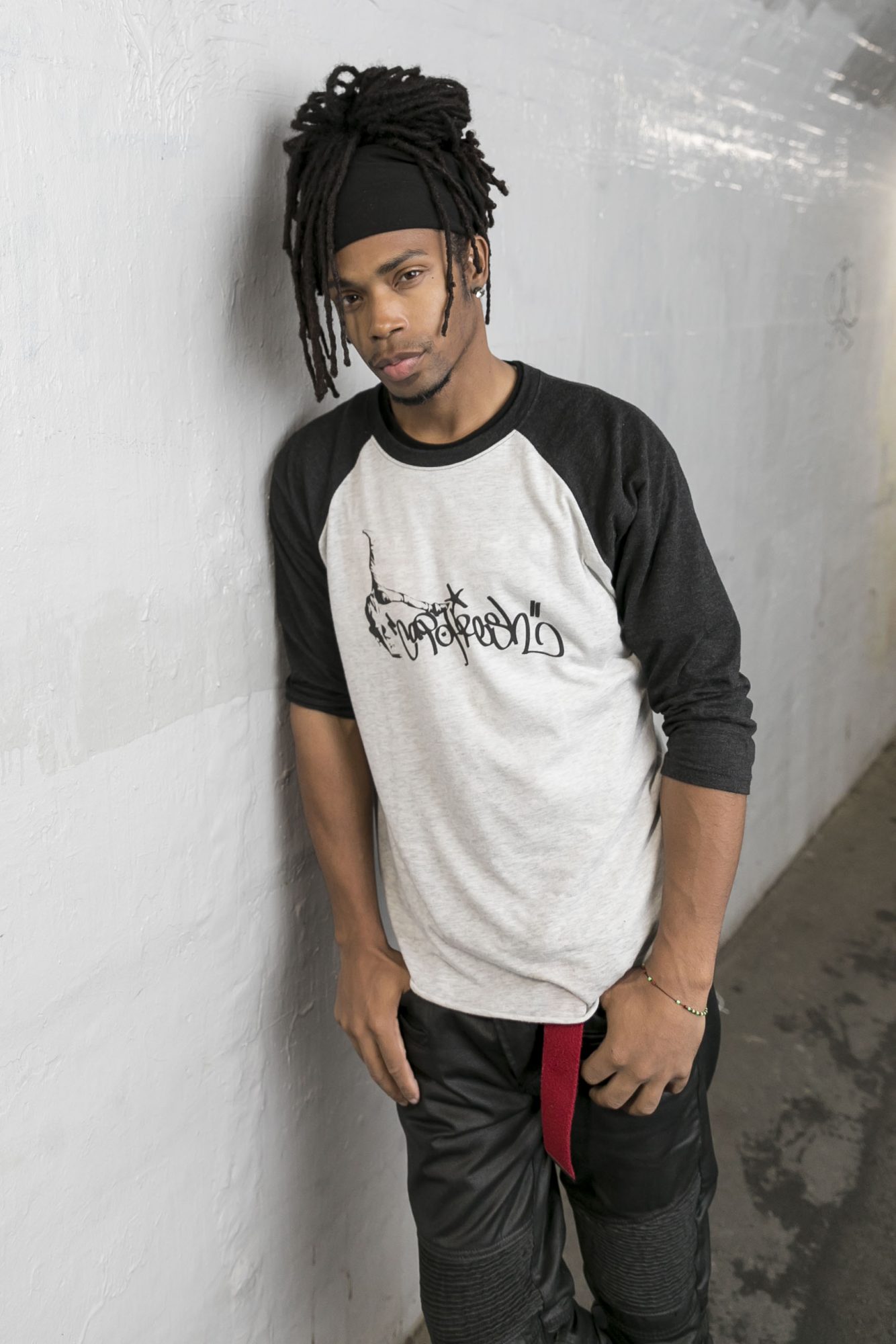 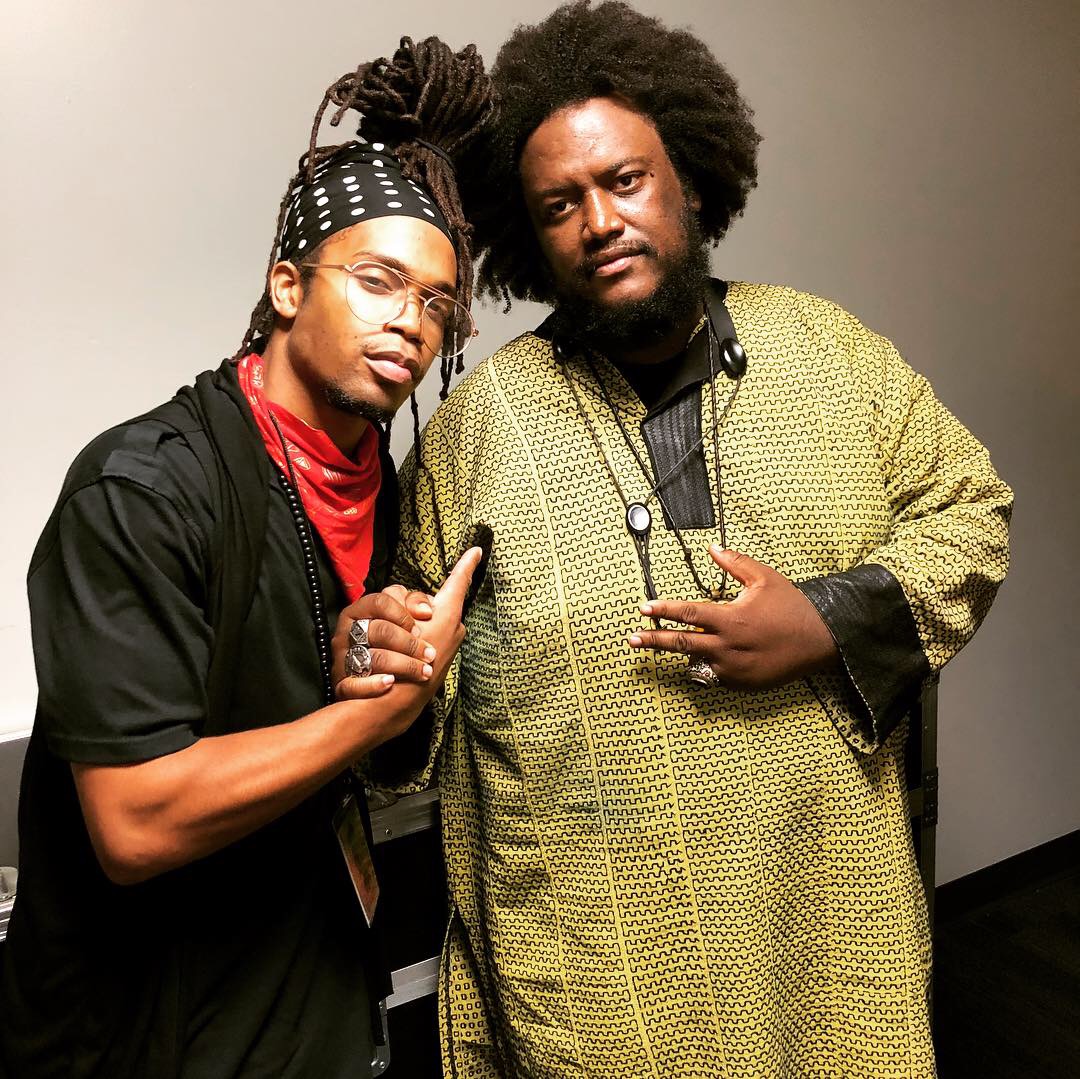 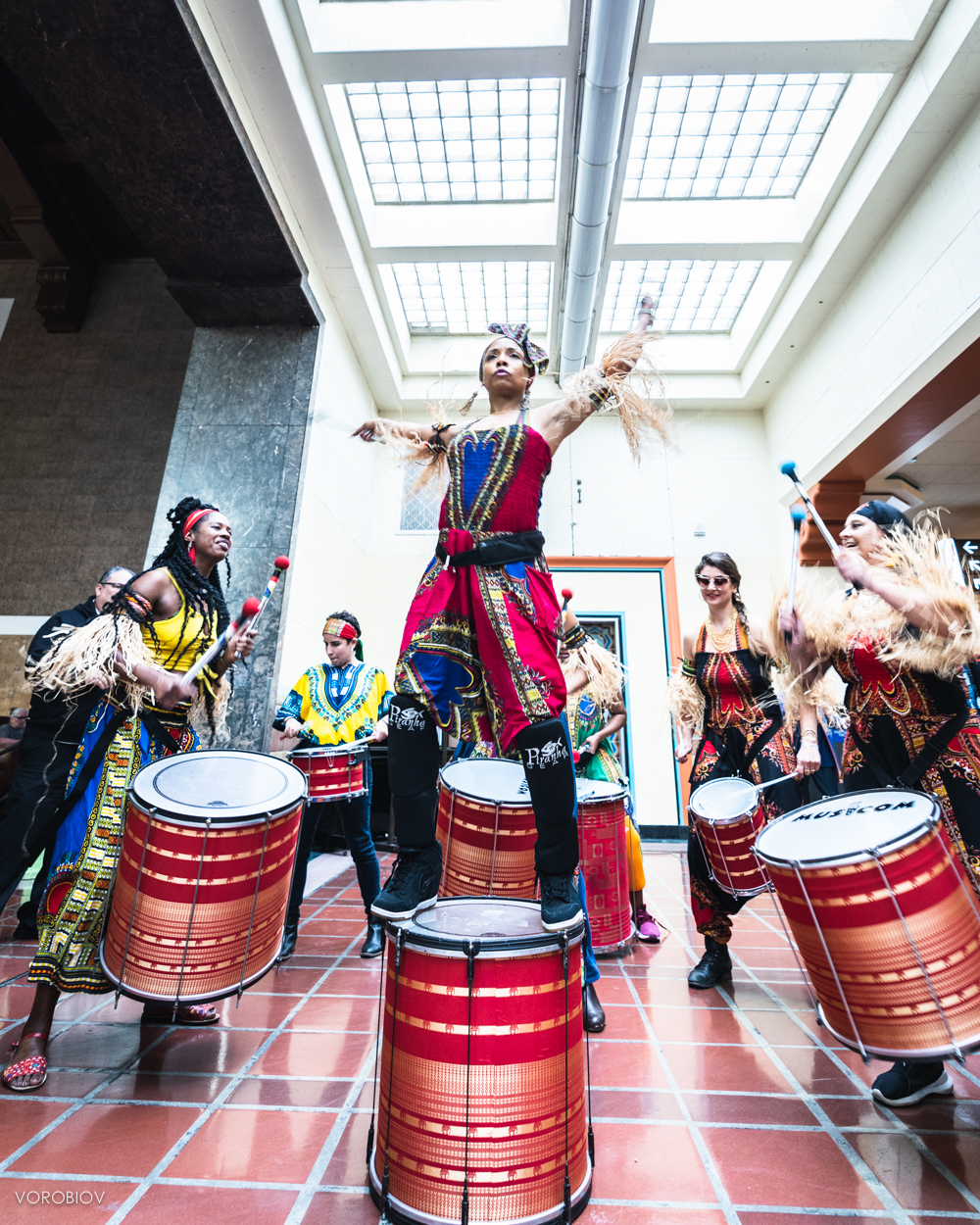 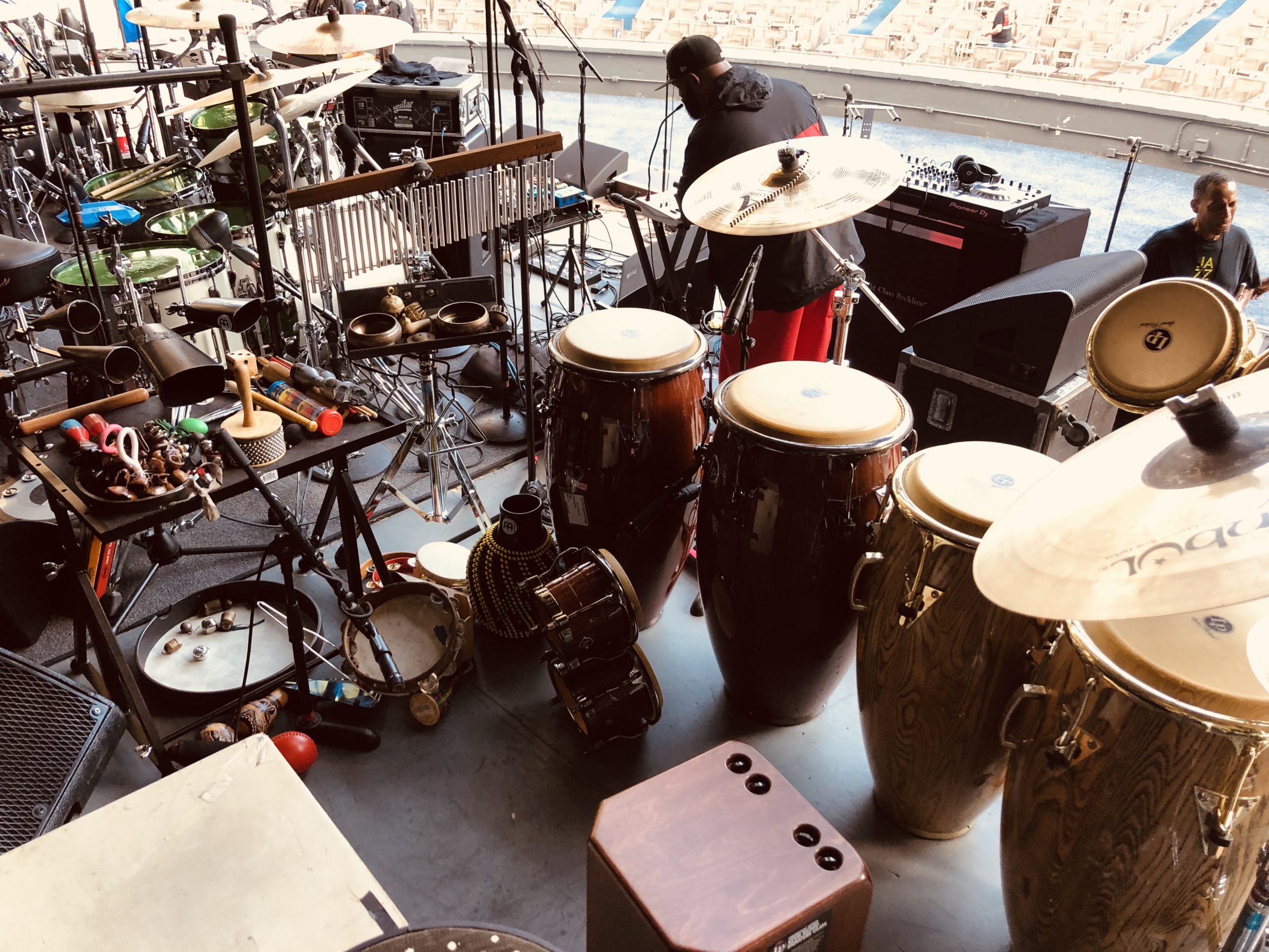 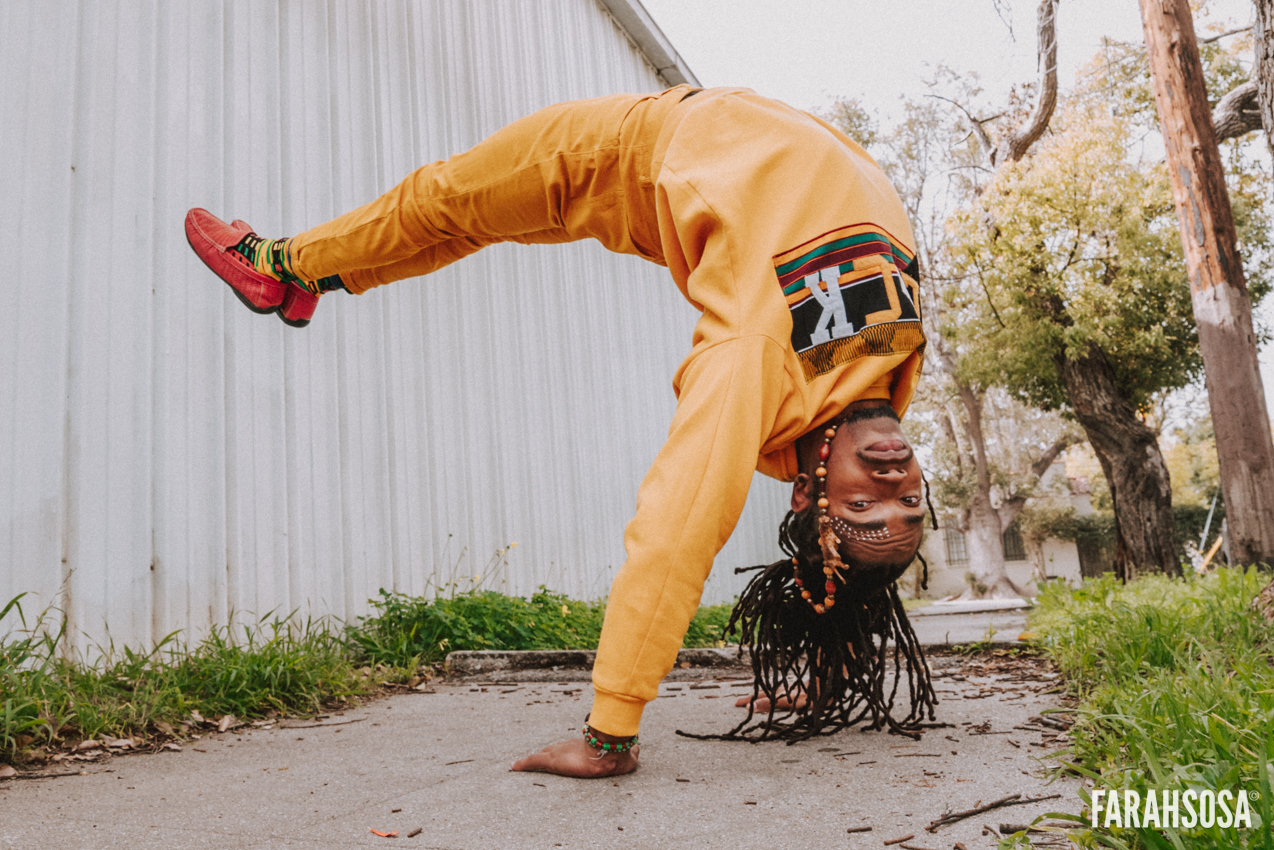 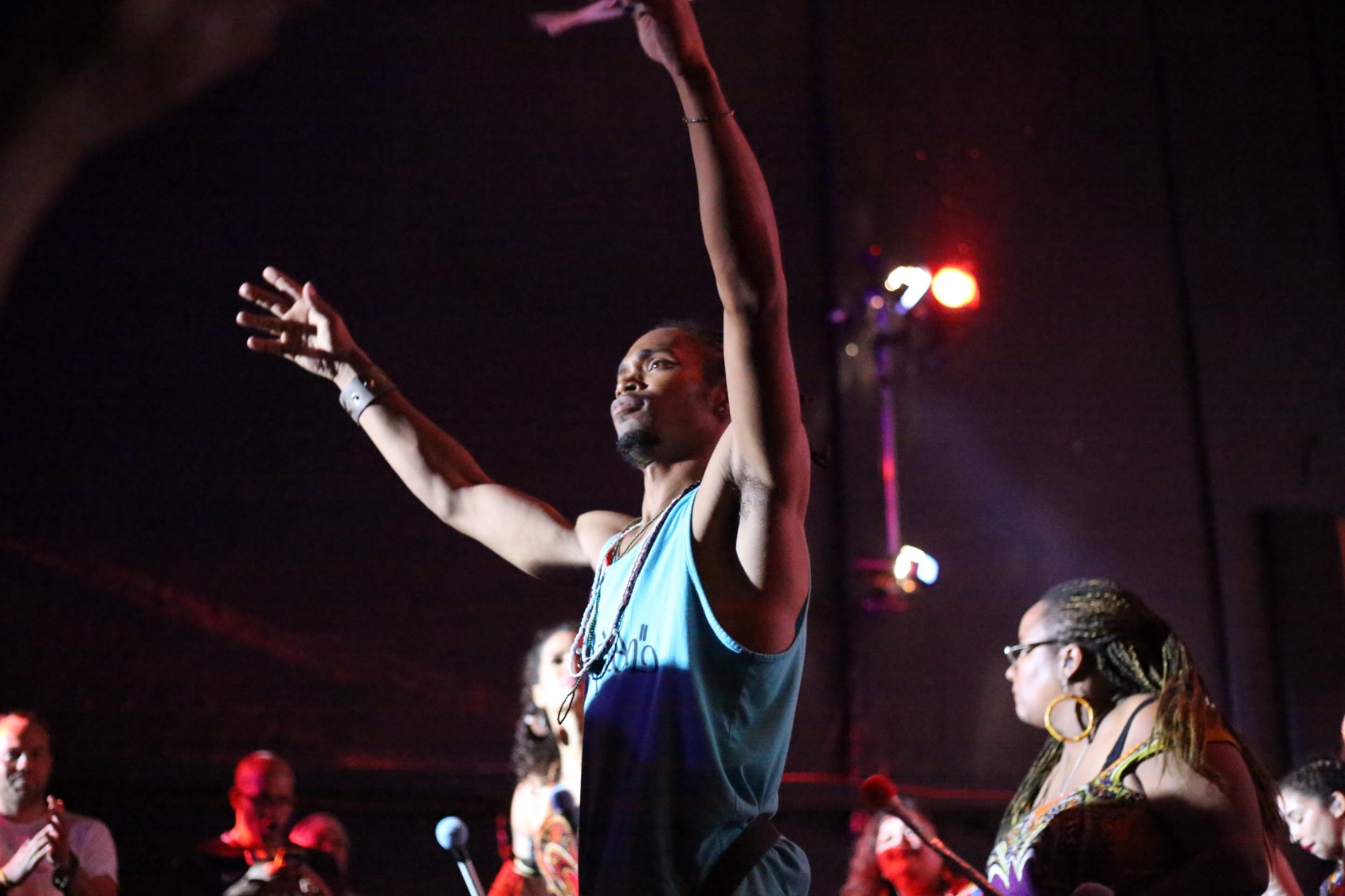