Meet Jimmy Shin of The Shindig Show in West Hollywood 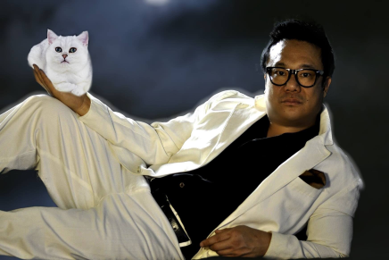 Today we’d like to introduce you to Jimmy Shin.

Jimmy, please share your story with us. How did you get to where you are today?
Growing up as a kid in Tacoma, WA, I never had any personal role models in entertainment. The only role models on TV that looked like me were Bruce Lee and Connie Chung. So if I wanted to go into the arts, I figured the only things that I could become were a Kung Fu Expert or a Newswoman. I remember always having an underlying anxiousness that if I don’t become a lawyer, my tiger mom and dad would disown me. I turn on the TV and see Margaret Cho. My mind is blown. A dream is sparked. One day, I will find the courage to tell my story. My Asian-American experience will become my greatest WOK OF SHAME.

I went to law school (because I’m Asian and my parents forced me) but was miserable the whole time. I was not living an authentic life. I became an alcoholic. My addictions spiraled out of control while going to law school and I was busted for selling large amounts of marijuana (a felony back then). Because of my criminal record, the Bar Association’s Character and Fitness Committee said I would not be able to sit for the bar. I was devastated. So were my parents. So much shame consumed me. This sent me into a tailspin. I was very angry at The Bar Association, life, and God. I went through a period of deep, dark depression.

To cheer me up, a friend asked me to support and watch him at an open mic comedy night at The Comedy Underground in Tacoma, WA. I was living with my parents at the time. I had never been to a live comedy show before. I watched him on the stage and knew I needed to get up there! I went up the following week. It was the only thing that brought me out of my sadness. Fast forward twelve years… and today I am a stand-up comic. I’m doing what I’m passionate about for a living and I’m doing it with my friends. And recently I just released my One Hour Comedy Special entitled, “Wok of Shame” streaming now on Amazon Prime Video! Telling this story reminds me that I don’t know what my best interests are. But the Universe does… Had I got into the Bar and became a lawyer, I know that I would have been miserable, drinking, using drugs to get through the day, and definitely not living my truth.

Great, so let’s dig a little deeper into the story – has it been an easy path overall and if not, what were the challenges you’ve had to overcome?
It was not easy to find my calling as an actor/comedian. As a child, my dad had a vision board on my wall that said, “James Shin Attorney at Law” with the law balance scale logo on it and everything. Every morning I would get up, look at the board and say to myself, “I will become a lawyer someday.” Well, it worked…I got a scholarship to an ABA-approved law school, California Western School of law and moved to San Diego after graduating from the University of Washington. I became very depressed and started drinking heavily and smoking pot to escape from not living on purpose. I even began selling pot to feed my addictions. I ended up getting busted for selling marijuana which was a felony back then and I moved back home to live with my parents during my probation.

While on probation, my friend asked me to go to an open mic comedy night and I had never been to a live comedy show before. I watched him on the stage, along with the other comics. For the first time in a long time, a feeling of inspiration rushed over me. I felt relief and was happy. And I saw the whole audience felt the same way. The laughter was palpable. I could feel it. I wanted to be a part of this world. I was afraid to even say I wanted to try it. Because if I said I wanted to do it, my aggressive comedian friend would have made me go up there. And I didn’t wanna show him how truly terrified I was of doing standup. After watching all the comics, I thought to myself – I need to do this!

The next week, I gathered the courage, and I went up. I cannot even express in words the feeling I had when I did that 5 minutes of basic, bad material. I had finally found it! This is what I wanted to do with my life. I went all in. The rest is history…

Alright – so let’s talk business. Tell us about The Shindig Show – what should we know?
While living in Los Angeles, I discovered my talent in producing Comedy Shows. I started my Production Company The Shindig Show five years ago when I was tired of doing low quality shows that only cared about ticket sales. I began focusing on having great shows and not worrying about ticket sales…The show caught on quickly. I’m most proud that our show has increased its territory to Irvine and Ontario Improvs. We still produce shows at The World Famous Comedy Store and The Hollywood Improv. Because of my experience producing comedy shows, I was able to self-produce my own One Hour Comedy Special and distribute it to Amazon Prime Video. Here’s the link: https://www.amazon.com/Jimmy-Shins-Wok-Shame-Shin/dp/B07RJ2FJ5N/ref=mp_s_a_1_1?keywords=Jimmy+Shin+wok+of+Shame&qid=1557850902&s=instant-video&sr=1-1-spell

Is there a characteristic or quality that you feel is essential to success?
I believe the key characteristic for making it Entertainment is Persistence and never giving up. If you keep going everyone will eventually get their breaks. Everyone I started with that are still doing the Entertainment Biz has “made it” in their own way. 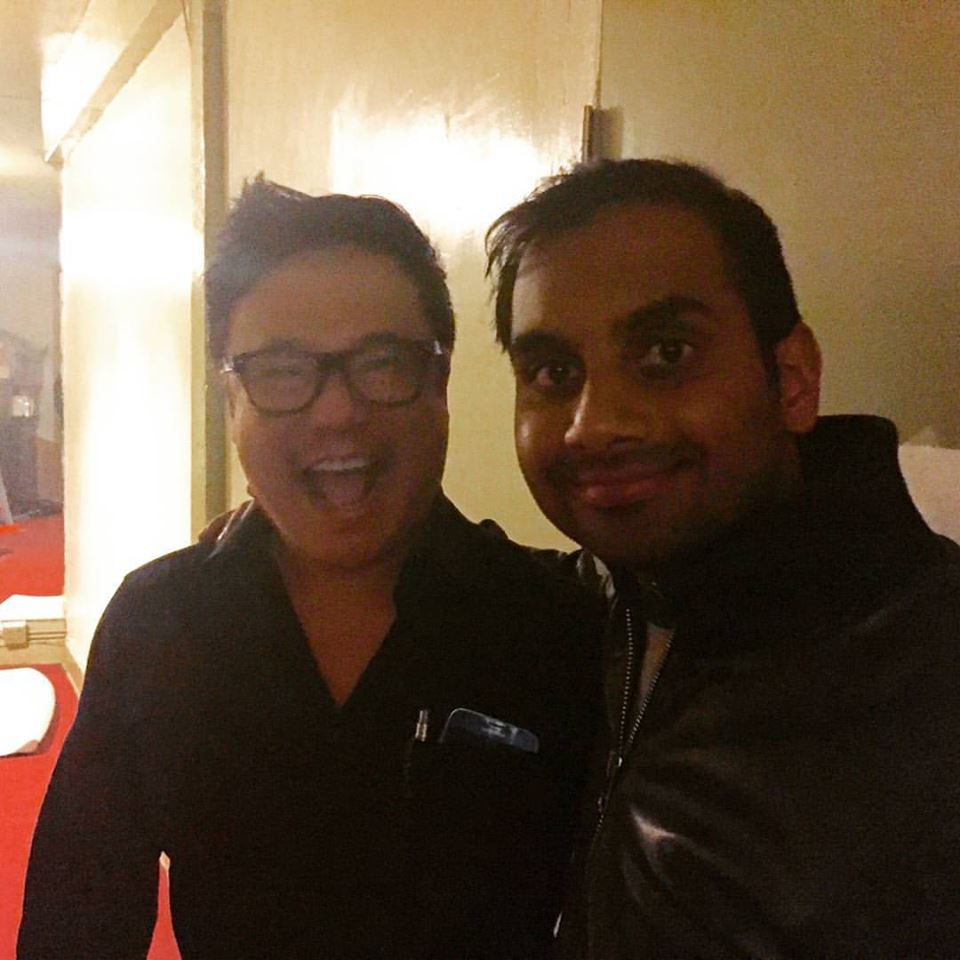 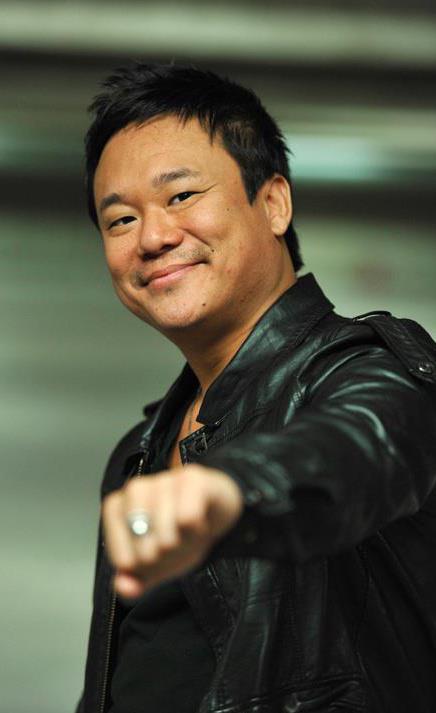 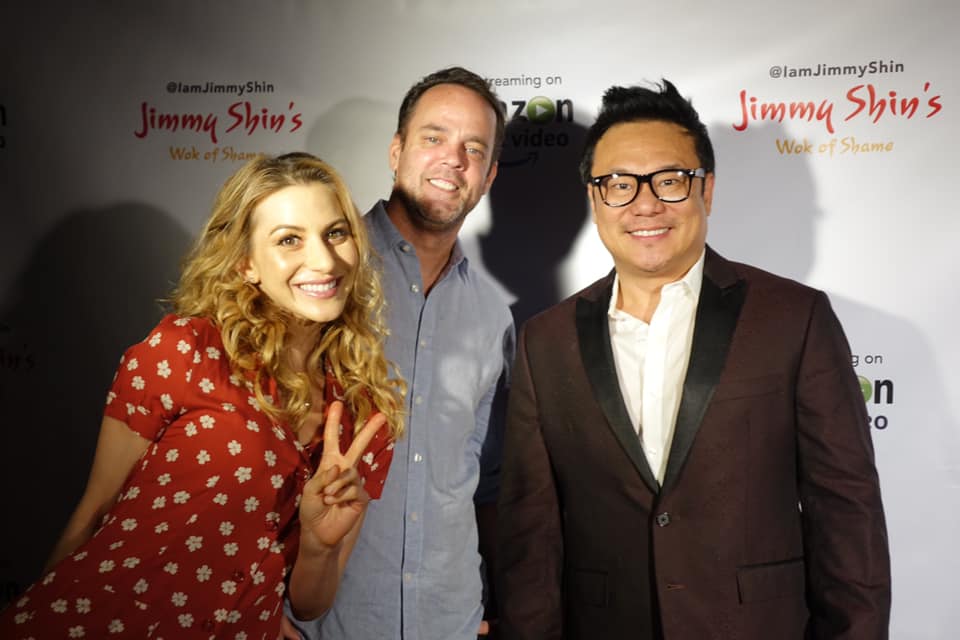 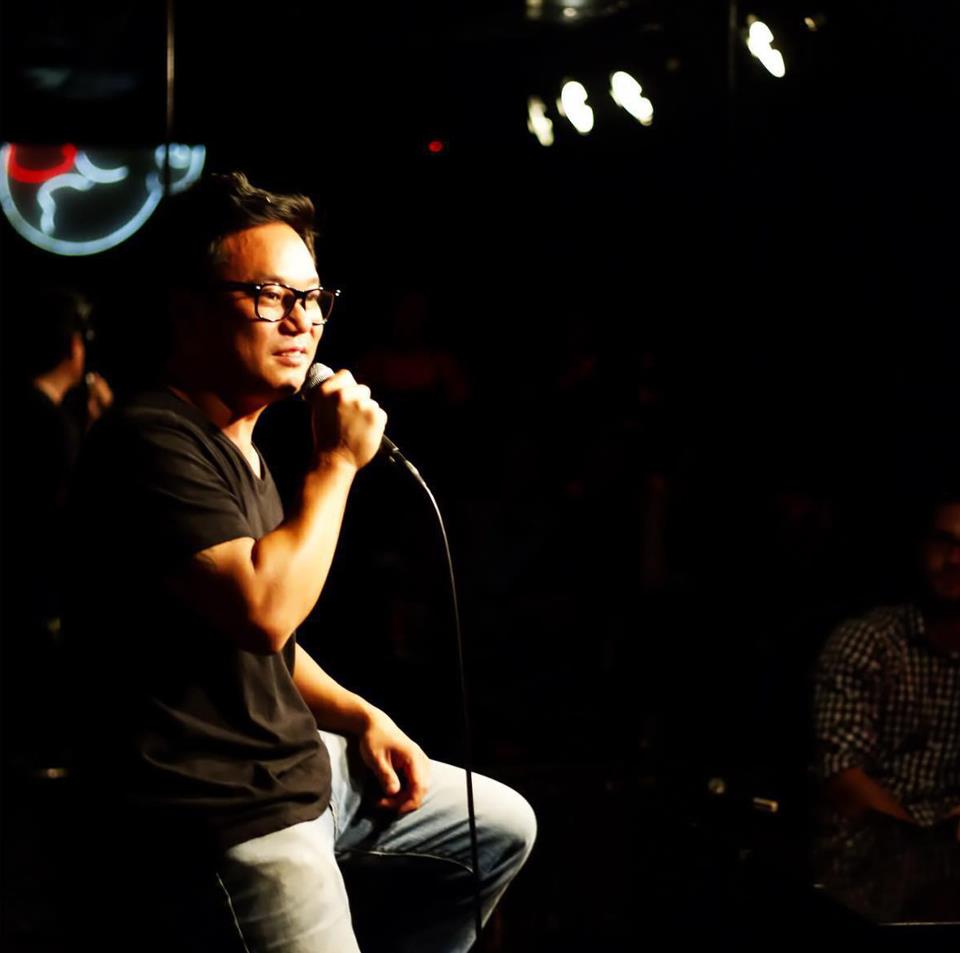 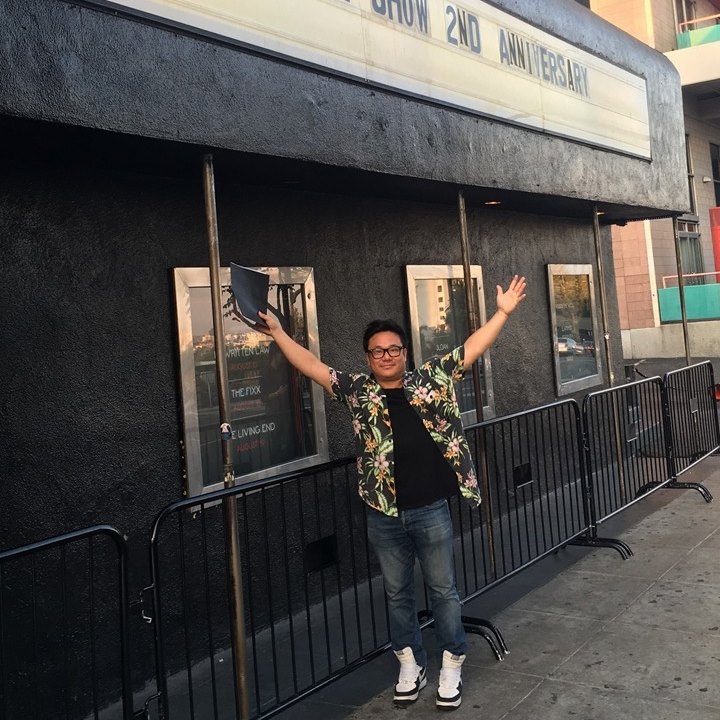 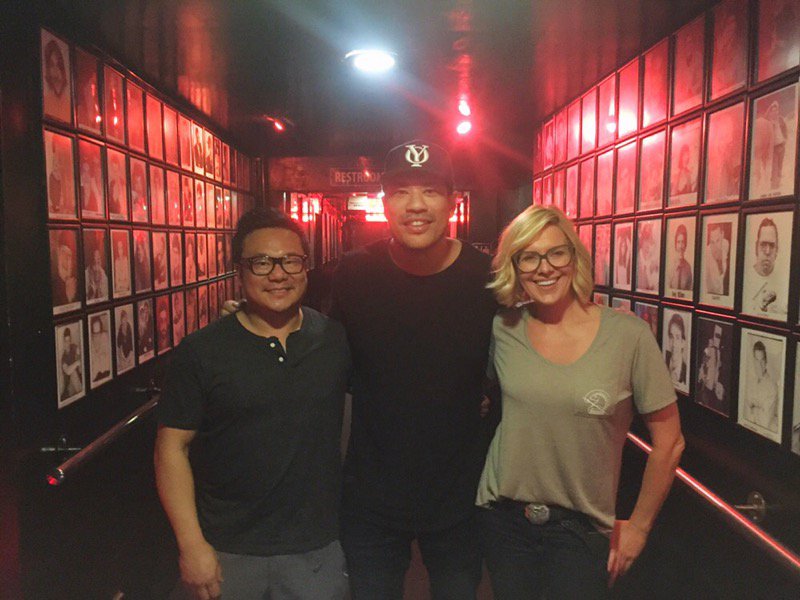 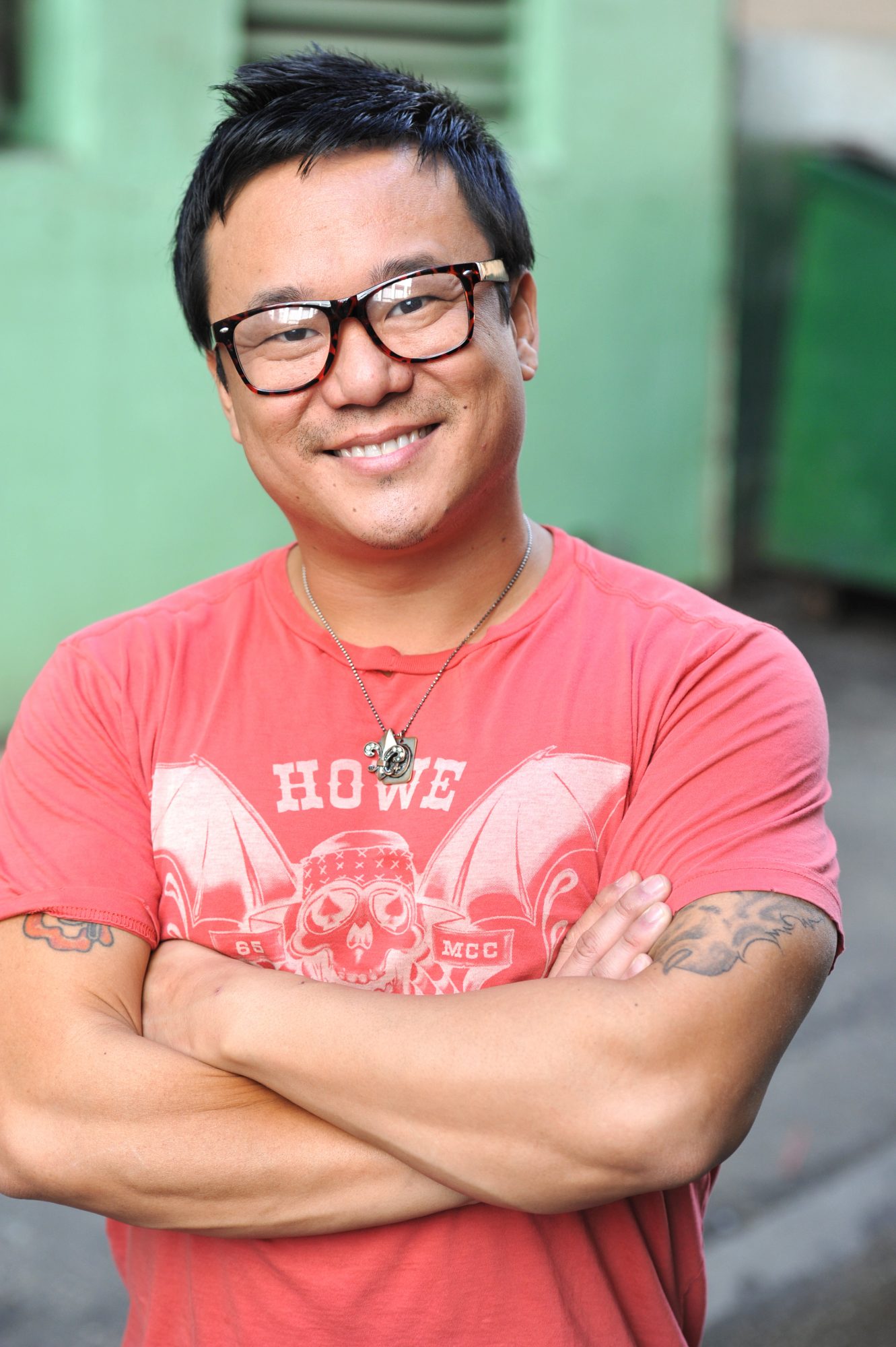 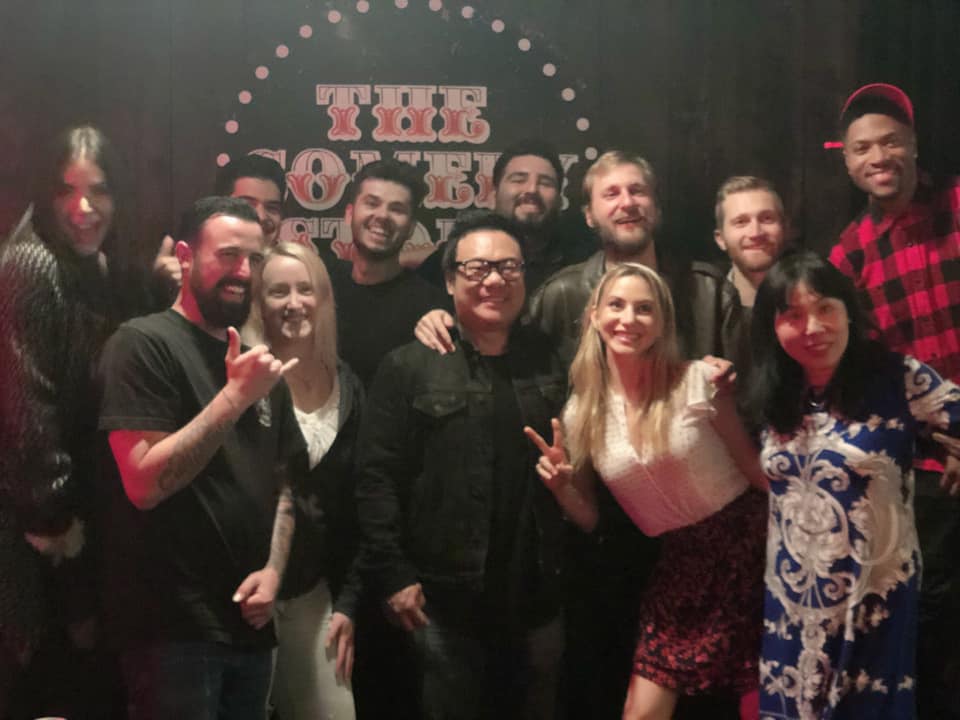