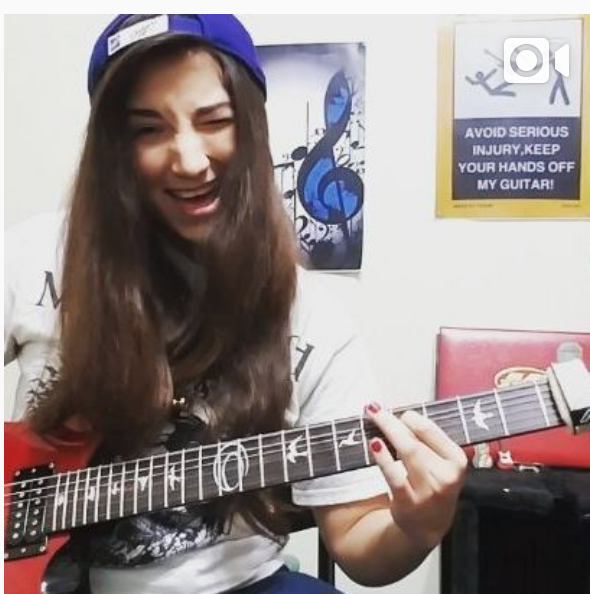 Today we’d like to introduce you to Jimena Fosado.

Thanks for sharing your story with us Jimena. So, let’s start at the beginning and we can move on from there.
I’m a 22 year old born and raised in Mexico City. I’m a female guitarist who graduated Musicians Institute and already toured nationally couple times in the U.S. Played with Steve Vai, Scott Paige the sax player from Pink Floyd, Paul Reed Smith, and Lynete Skynyrd. Nevertheless, it was not easy to get where I am right now. I have faced a lot of difficulties along the way.

How it all began… My dad is a musician. He always saw music as a hobby. He plays piano since he was 5 so I was always surrounded by music. My dad wanted me to play piano and follow his footsteps at the age of 3. However, at that age I just wanted to go out and play or do karate. I remember we were in the car and I heard the beginning riff of “Money for Nothing” by Dire Straits. I was super impressed and then I told my dad super excited that it was awesome and that I wanted to do that!!! I wanted to play and sound like that! After that song, it came EVH’s eruption solo. Ever since I heard those 2 songs I knew what I loved the most. As soon as this happened, my dad told me that it was going to be really hard. “It’s almost impossible. You can’t do that. It takes a lot.” He assured I wouldn’t take it seriously at all. You know as a kid you’re always changing your mind but I knew I was not going to.

Every year I asked for a guitar all the time and I was told the same thing over and over. Until one day, he bought me the Guitar Hero 3 for the Wii. I finished it in 3 days and said “I already finished your game. I need a guitar”. He was like, “Ok, you’ve asked for it for years. Let’s get you to guitar lessons” Once I started my guitar lessons I was like a sponge, absorbing all the knowledge I could, trying to imitate my inspirations. (Joe Satriani, Steve Vai, EVH, and so many more)

I saw Michael Jackson had a female guitar players and that inspired me a lot. I’m so glad I looked up to Jennifer Batten and Orianthi. They were huge role models to me. Gave me a big dream and helped me to not give up. Even if I was in another country. I bought Orianthi’s guitar and tweeted it as well as a cover of her single. She watched it and replied to me. That was proof that anything is possible. I researched music schools and decided to go to M.I in L.A after all, Jennifer Batten graduated there. I applied and got a scholarship from Synester Gates, the guitar player for Avenged Sevenfold.

I met so many people at M.I. I made the best friendships I could ever have! I learned from a lot of great teachers and got a lot of experience. Finally I felt like I fit in with people who understand me and have the same passion. I can’t see myself doing anything else. I can’t see myself living anywhere else. Truly.

After I graduated one of my best friends offered me an audition for a band she was playing in. I got hired and toured the U.S with her! It was awesome. Playing 6 nights a week in front of thousands of people who loved the way I played guitar, screamed my name and asked for pictures. Gosh, I was living the dream!

I also got to play with Steve Vai, one of my favorite musicians ever. It was sooo unbelievable. I was super nervous but I recovered pretty quickly. It’s something I will never forget. I have met so many people that have supported my life and my career that I am grateful. I knew I wanted to do this and I don’t want to give up. It’s hard sometimes, not gonna lie. I have come this far to just quit. I have got sponsors from big music companies like Elixir Strings or EMG pickups.

I just need to keep going. I want to connect with people through music. I want to break stereotypes for girls in music. Which is why I am applying for an artist visa to stay in the U.S and keep working there. I see my life in L.A and all my friends and support there. I would love if you can help me spread the word to support my campaign and get to my goal. This is just another bump on the road of my career. I know it’s not the end and there is still so much left to be lived and be told!

We’re always bombarded by how great it is to pursue your passion, etc – but we’ve spoken with enough people to know that it’s not always easy. Overall, would you say things have been easy for you?
Not at all. First I moved to L.A from a different country so I didn’t know ANYONE. Nor anything. (I already knew English) I lived by myself for the first time, even scarier in another country! I toured for the first time and not everything is glamour. So many bad and hard experiences on the road that you need to learn how to survive and take care of yourself. I started to administrate my money and expenses, started working and paying ALL my bills. I had several roommates. Some of them loved to party and got me fired because they didn’t clean their mess before a guitar lesson I was going to give.

I applied for my artist visa and got denied because I was not only starting all but needed more evidence I didn’t have at that time, plus miscommunication the lawyer gave. Therefore, I had to consult with 5 more lawyers, get the proof needed and now get the money. Lawyers are super expensive and I had only contemplated paying one time one lawyer. So because there were mistakes along the road from stuff that was out of my reach, some of my friends made a team to start a GoFundMe campaign and get money for my new lawyer.

So let’s switch gears a bit and go into the Jimena Fosado story. Tell us more about the business.
I am from Mexico City. Trying to live and work in the U.S. the right way is a lot of work but not impossible. I want to prove you can do it the right way as an immigrant. I want to break stereotypes for girls in music. I want to create a new genre out of the inspirations I have. I have played with important people at the age of 21. Which is something not many have done.

I love shredding and playing guitar solos. Metal, rock and blues are my favorite genres but I like playing anything as long as I play my guitar. I want to make the new generations think of how society is. I want to give a positive message and inspire the way I was inspired.

Has luck played a meaningful role in your life and business?
I felt I was born in the wrong country because I have to go through more processes than my friends to be able to work in the same field. Having a visa and permit to work depends on not only your proof and work but on the officer in charge. The approval is subjective and up to their criteria. I think it should be more standard. I think I have got lucky to get where I am but also I have worked hard and dedicated my time, sweat and blood to get something in return.  Sometimes it’s all about working hard, working smart and sometimes it’s about being in the right place at the right time meeting the right person. 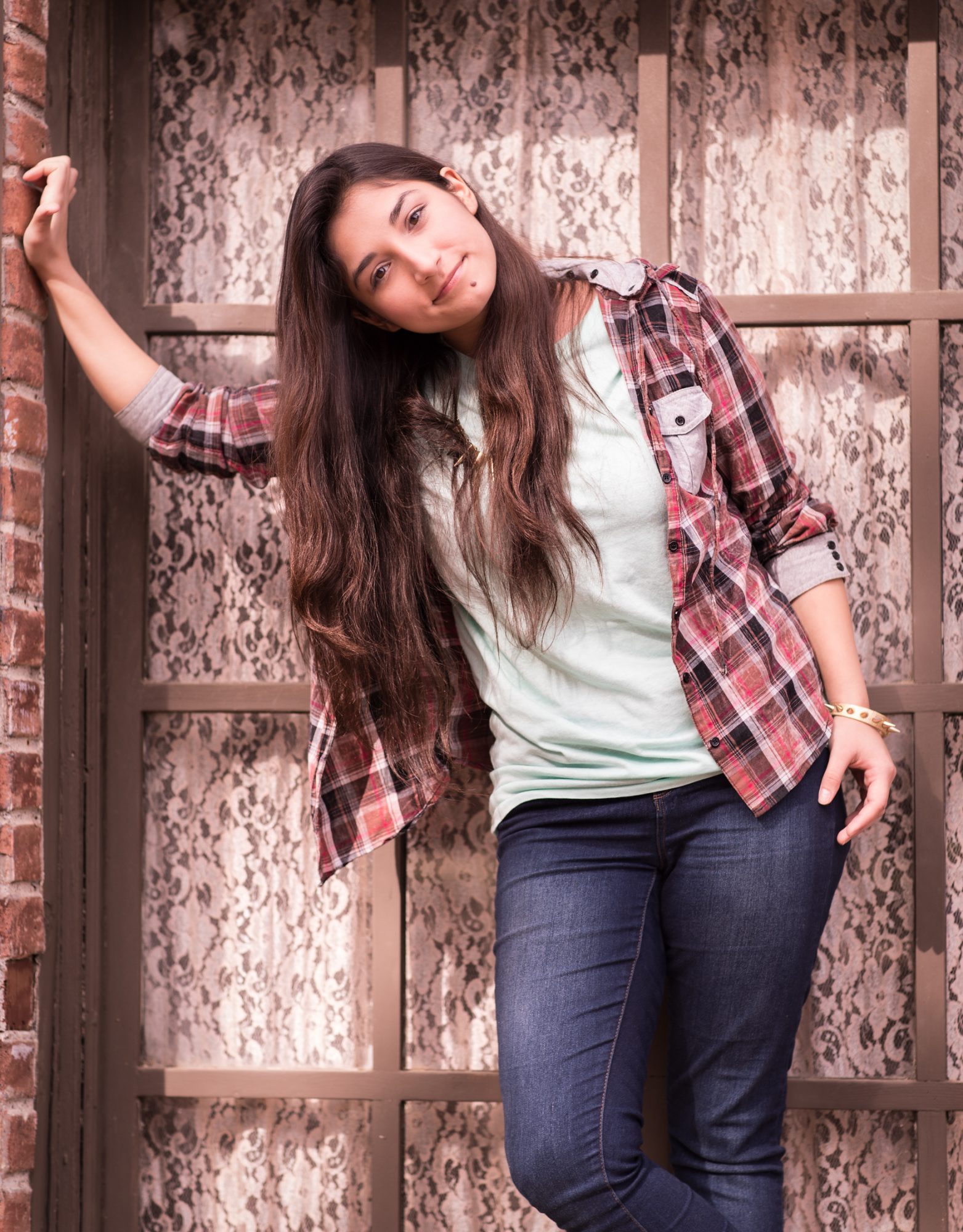 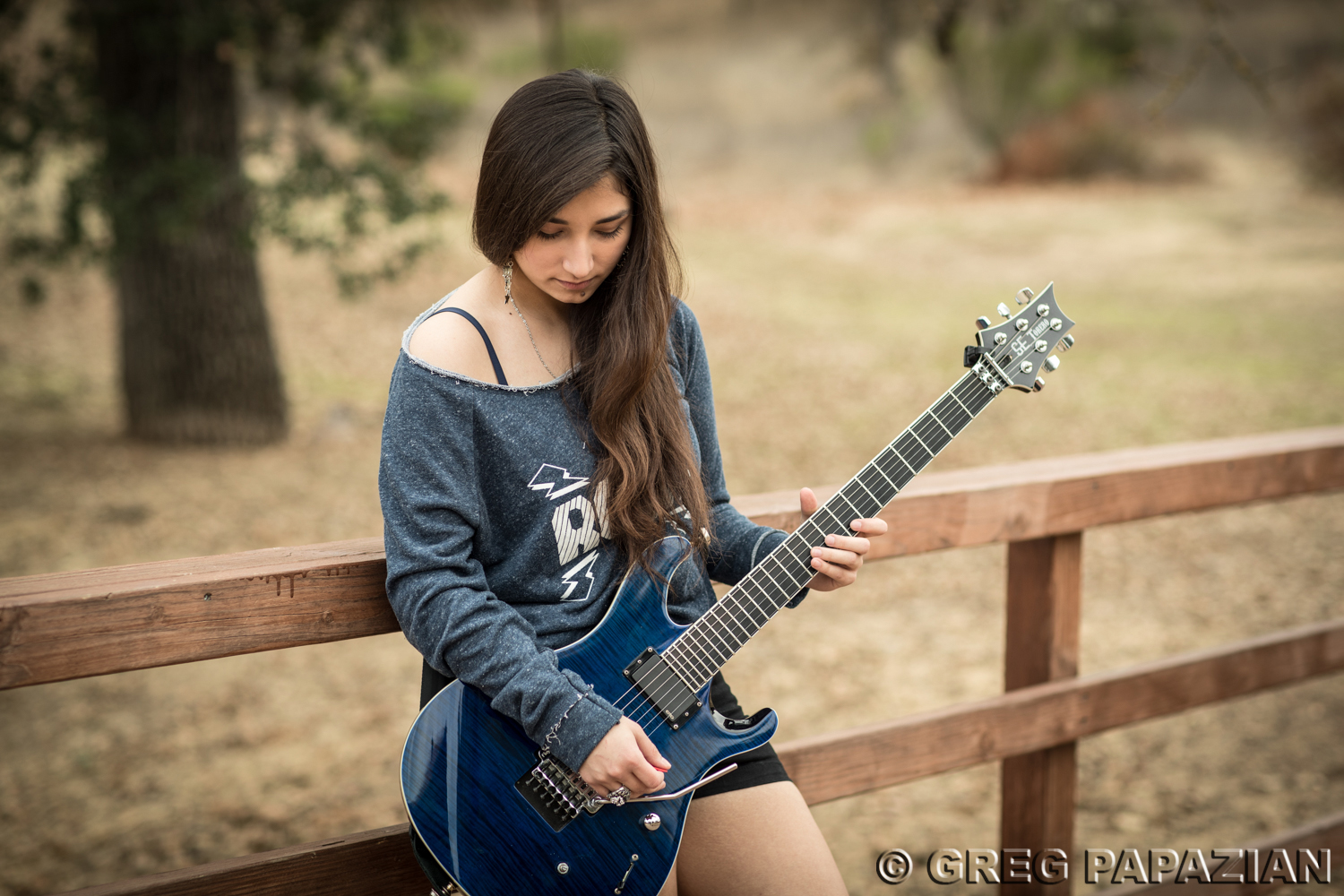 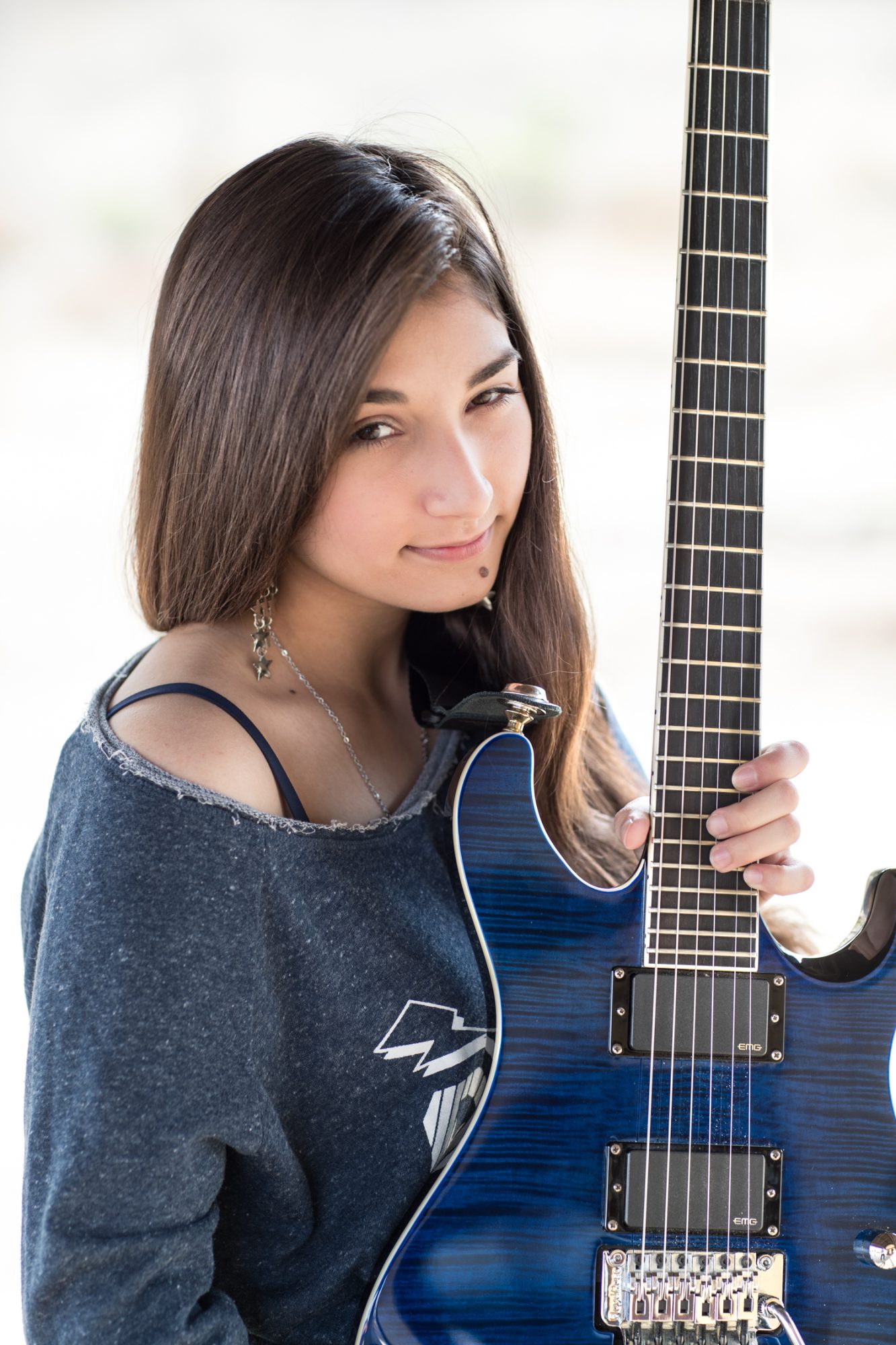 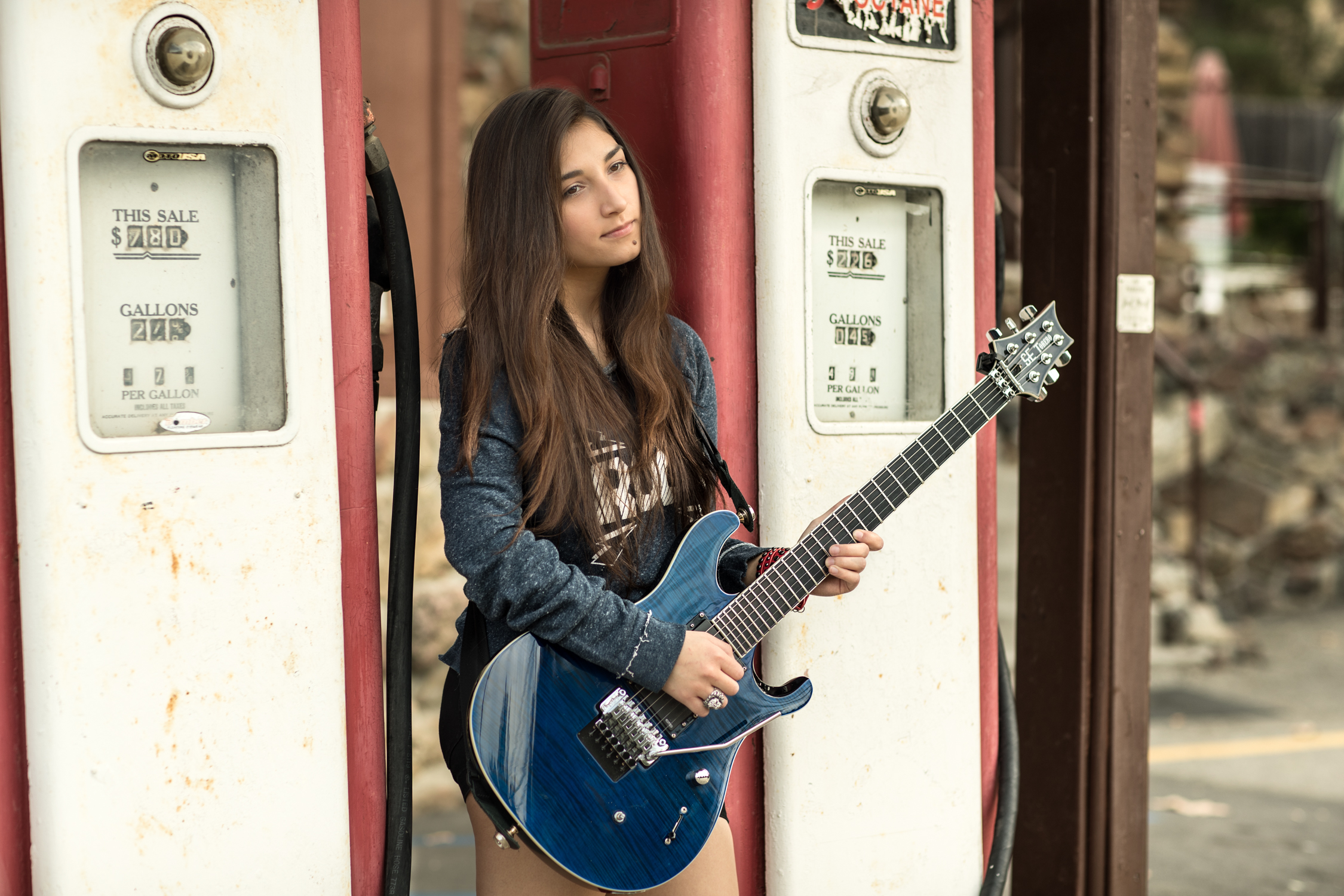 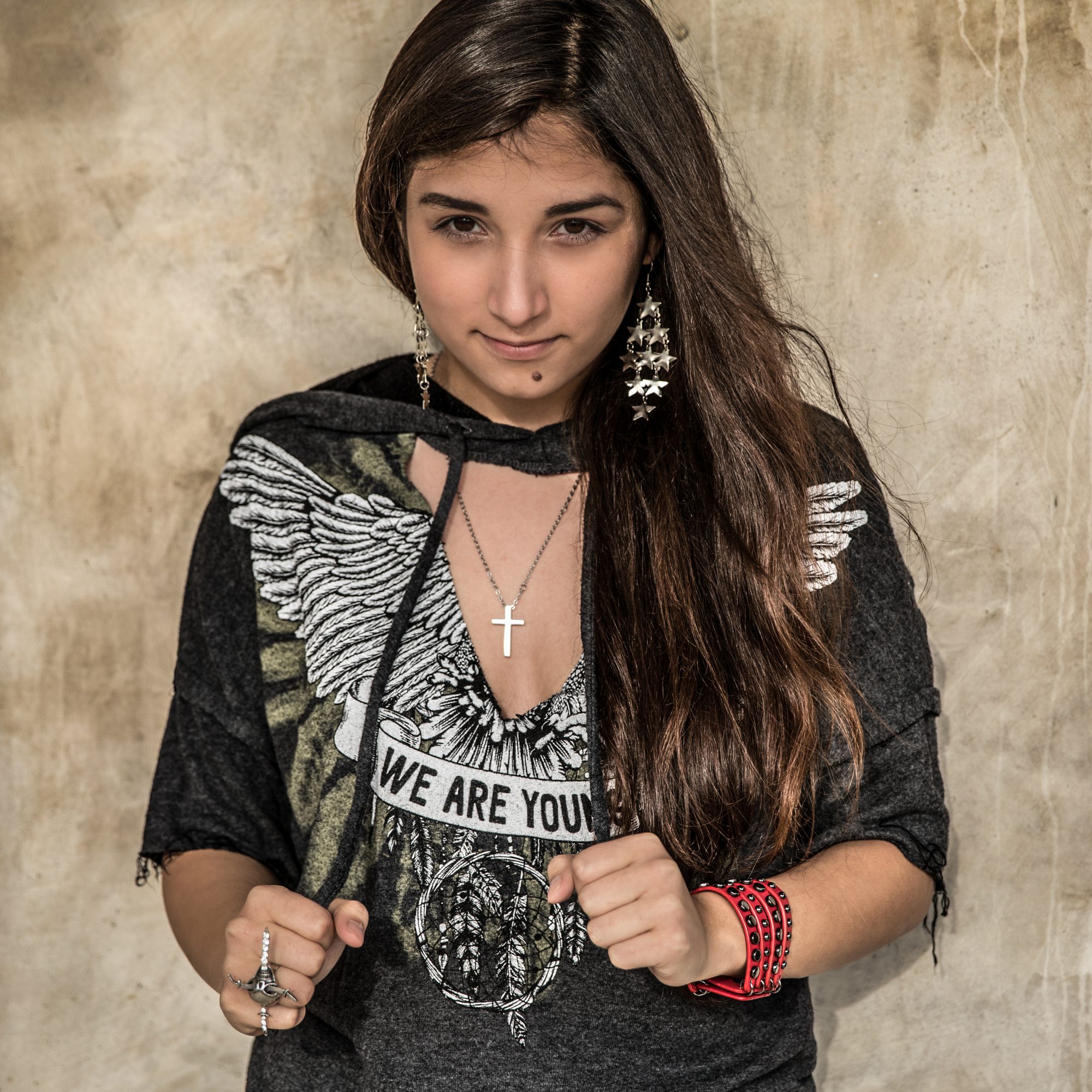 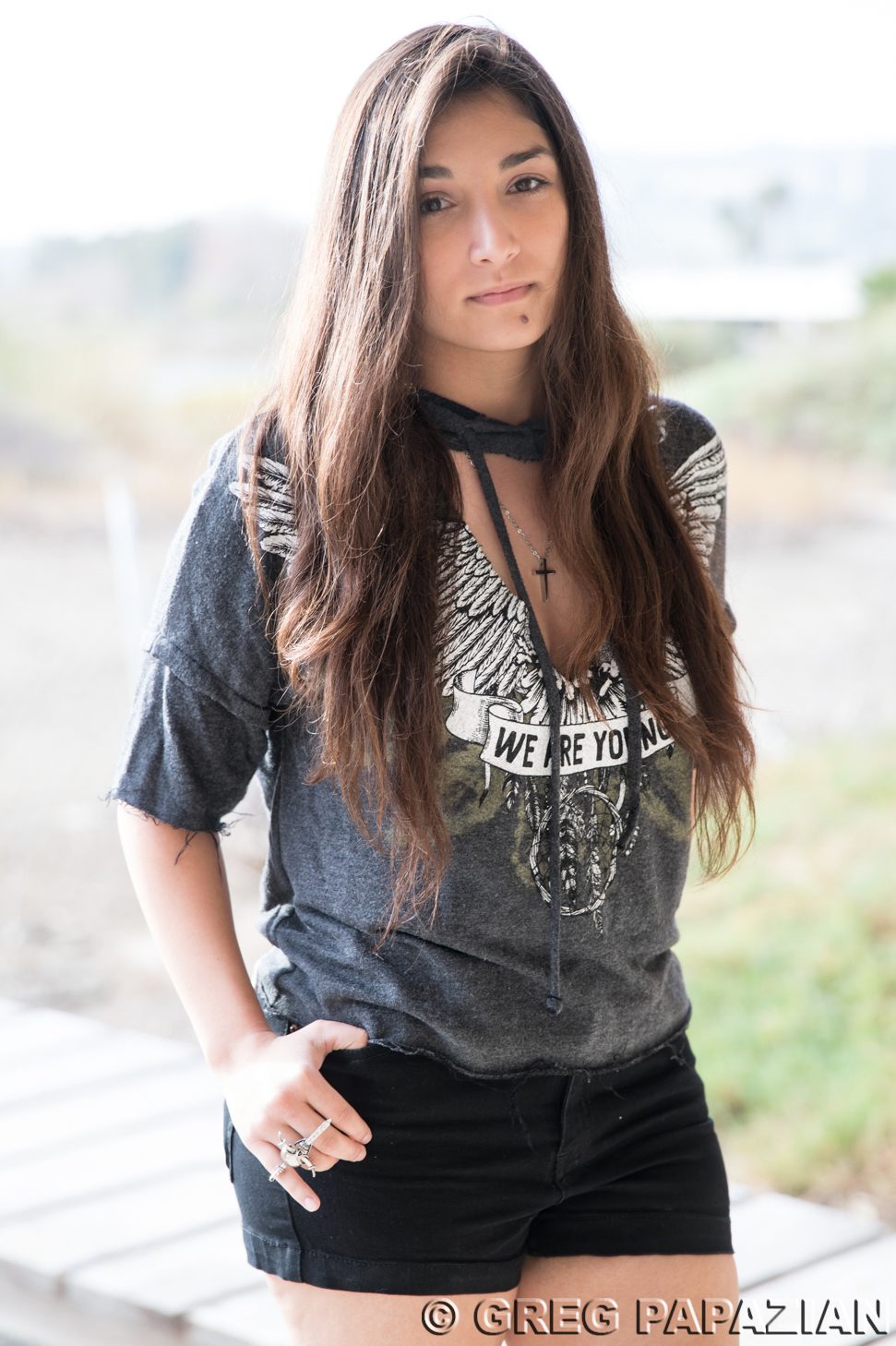