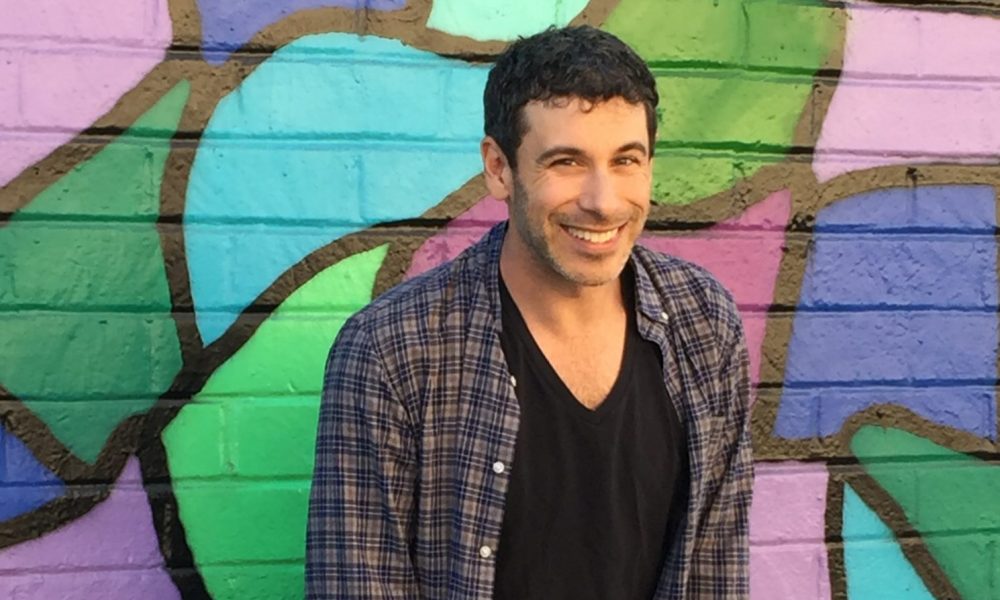 Today we’d like to introduce you to Jason Ostro.

Jason, can you briefly walk us through your story – how you started and how you got to where you are today.
I moved to California in 1997 and after a short stay in San Francisco working on the options market floor, I decided to try my luck in the entertainment industry. Starting in 1998 I was enwrapped with all that Los Angeles had to offer and quickly tried to open many doors to attempt to find my passion. After work in the music industry, then in front and behind the camera I found myself working in fashion, then finally where I am today in the arts. Now let’s back up to 2001 Xmas I was alone in Los Angeles and decided that I would try my luck at taking my sketches and patterns to canvas. I had purchased some used canvas at the Goodwill and Paint at the local art supply store and just started creating. With great success I started selling my art, and using the money to invest in the growing street art scene and Fillmore concert poster trade. I spoke of one day opening a gallery where artists would be treated fairly and I would be surrounded by amazing art.

Fast forward to 2012 and I received a phone call from a friend telling me they found my gallery space, I wasn’t really looking for one, but jumped up went to go see it and now 5 years+ and we (Gabba Gallery) have been in the space and cultivating careers and friendships with emerging to established artists from all over the globe.

Has it been a smooth road?
No road is smooth when pursuing your dreams. All Kinds of hurdles appear when you least expect them to. From a pipe leaking the morning of an opening to an opening not yielding any sales. The basic new business struggles hit us, but never took the wind out of our sales. I’ve learned from the positives and learned from the pitfalls, probably more from the pitfalls, oh and Murphy’s Law.

We’d love to hear more about your business.
The Gabba Gallery is a Los Angeles Art Gallery that specializes in emerging to established museum artists. We work in all mediums and specialize in new contemporary art. We find artists from Los Angeles throughout the world and give them an opportunity to show and sell their work in our gallery or on the streets in our #Gabbaalleyproject. I’m most proud of the relationships that Gabba Gallery has allowed me to cultivate. The creative and inspirational people and art that passes through our doors in phenomenal.

Gabba Alley Project began in 2014 when gallery owner Jason Ostro, dismayed by the prevalence of graffiti and trash in the neighborhood, decided to take action. He had a vision of turning “blight to bright” by decorating local alleys with colorful artwork. He began by painting a mural himself in collaboration with street artist Andrea LaHue (aka Random Act). Before long their single mural of flowers had blossomed into a movement.

Since then, Gabba Alley Project has brightened the city with over 110 murals by more than 85 local and international artists. Ostro gets permission from homeowners and businesses and assigns each wall to a volunteer muralist armed with donated paint.

Currently, the artwork is focused in four alleys. Three of the alleys are located near the gallery in Historic Filipinotown. The fourth is in Echo Park. It is known as Animal Alley because all the murals depict animals.

Gabba Alley Project has been officially recognized by the City of Los Angeles. Councilmember Mitch O’Farrell awarded certificates of commendation to Gabba Gallery and all the artists who have painted murals.

Is our city a good place to do what you do?
Los Angeles is a hard and easy city to make your dreams into a reality. Work hard and do not deviate from your ultimate goals and you will find in some form, success. 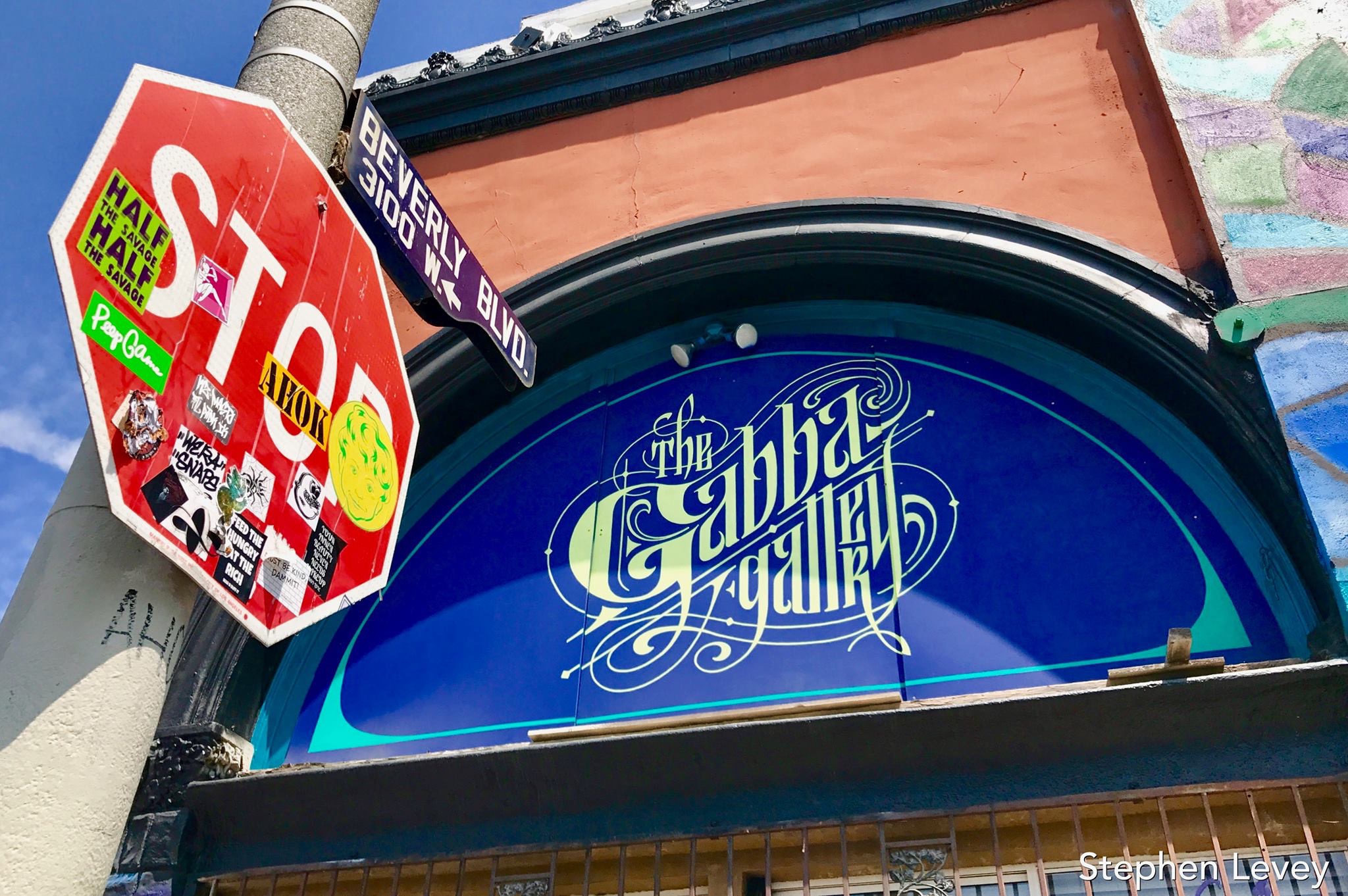 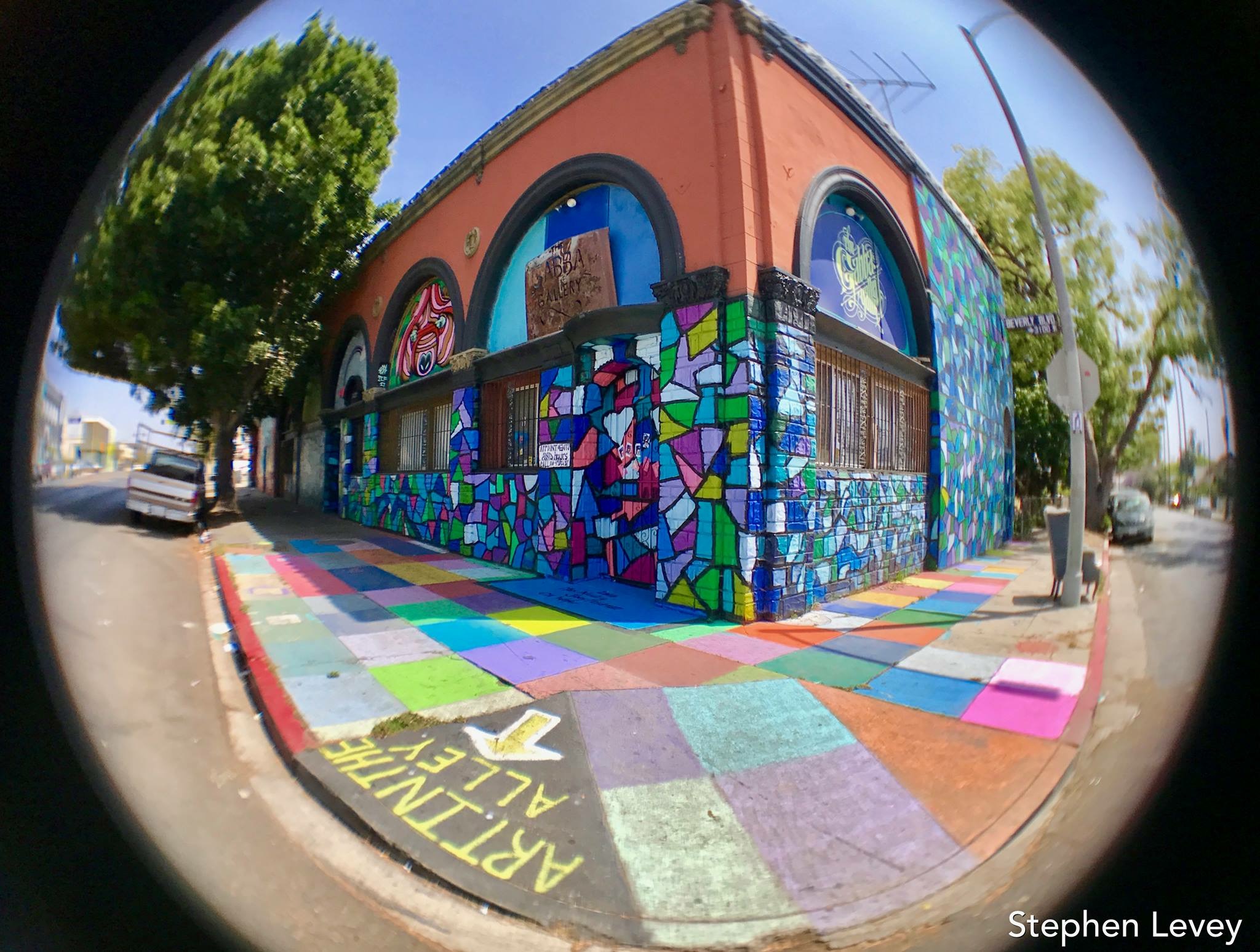 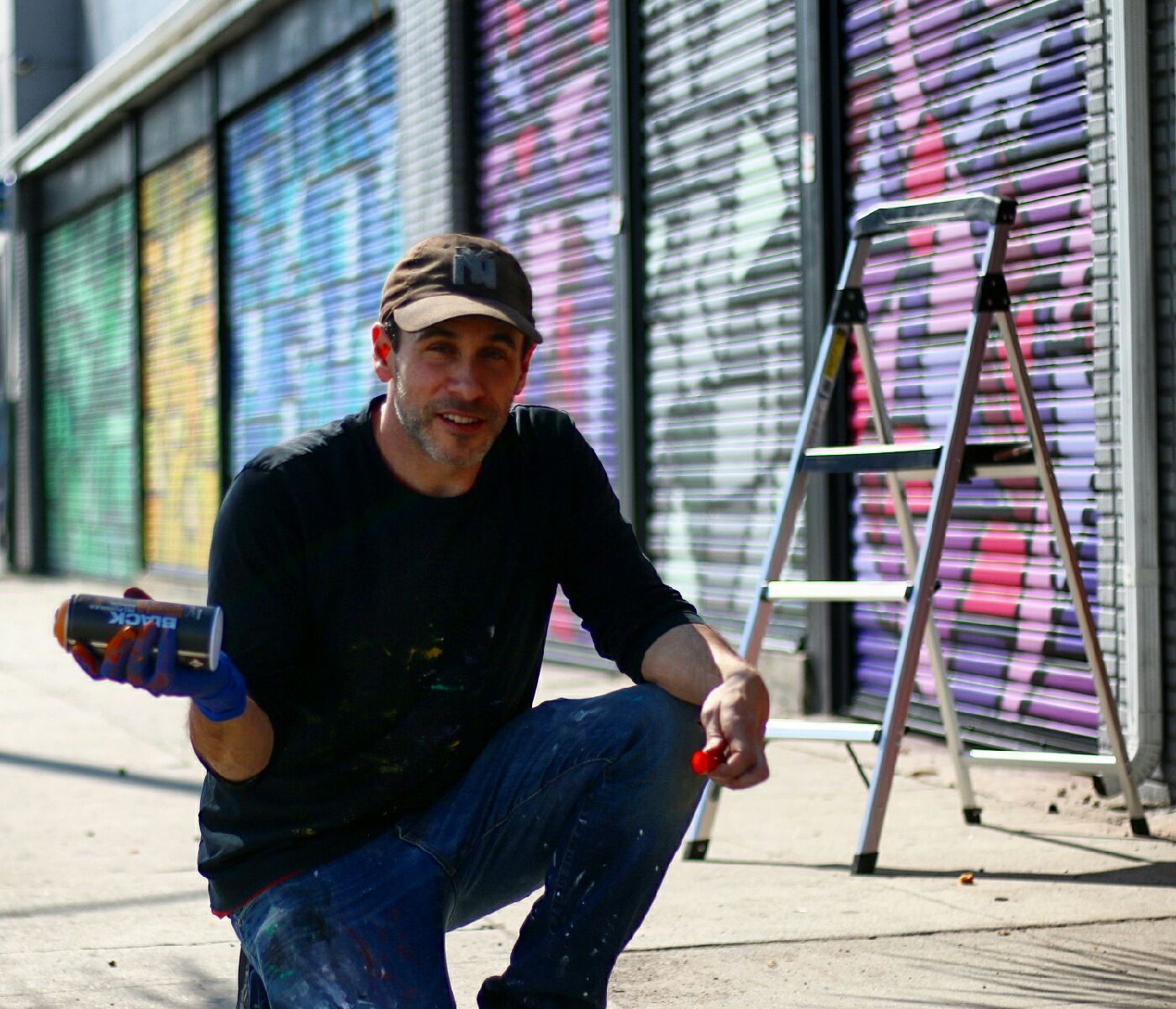 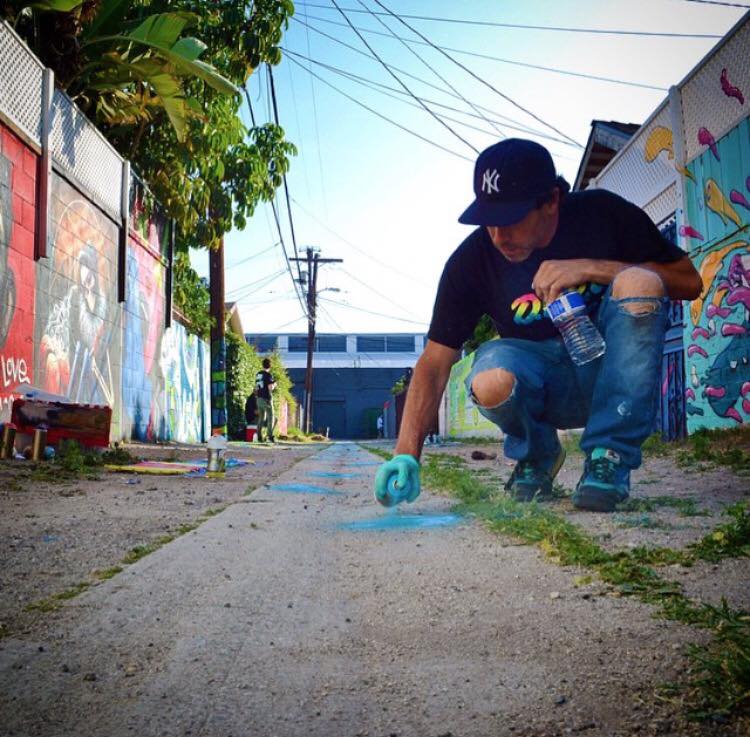 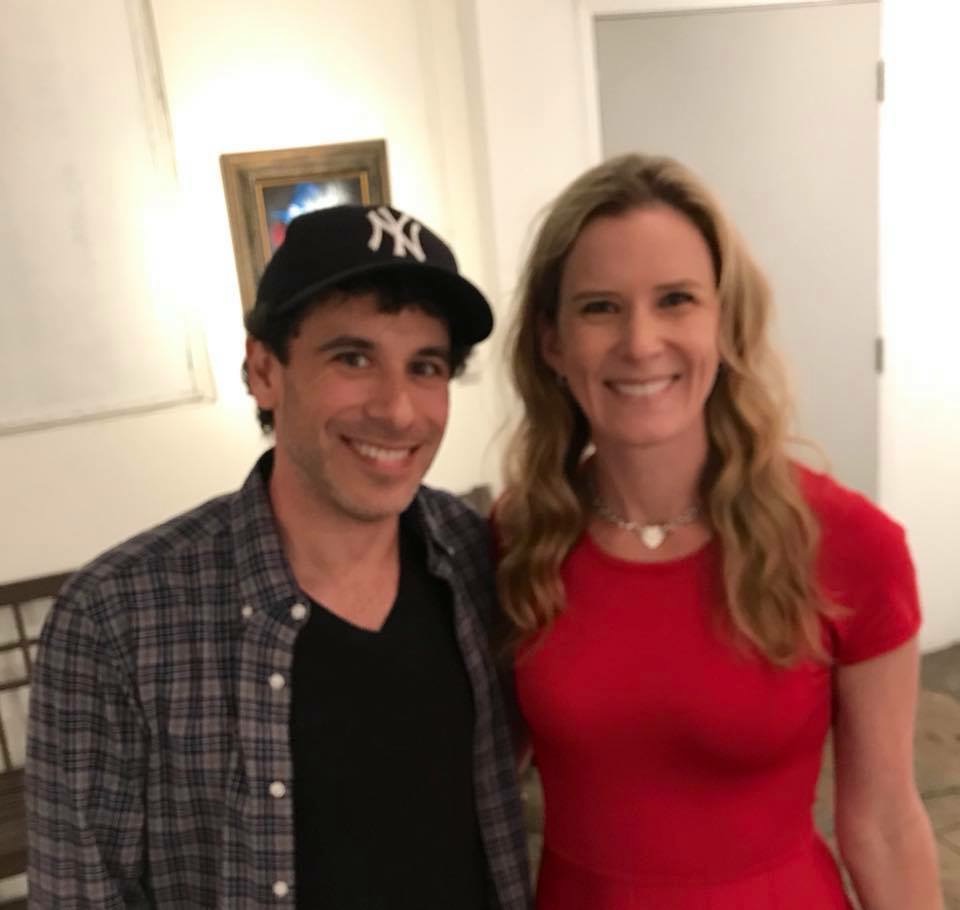 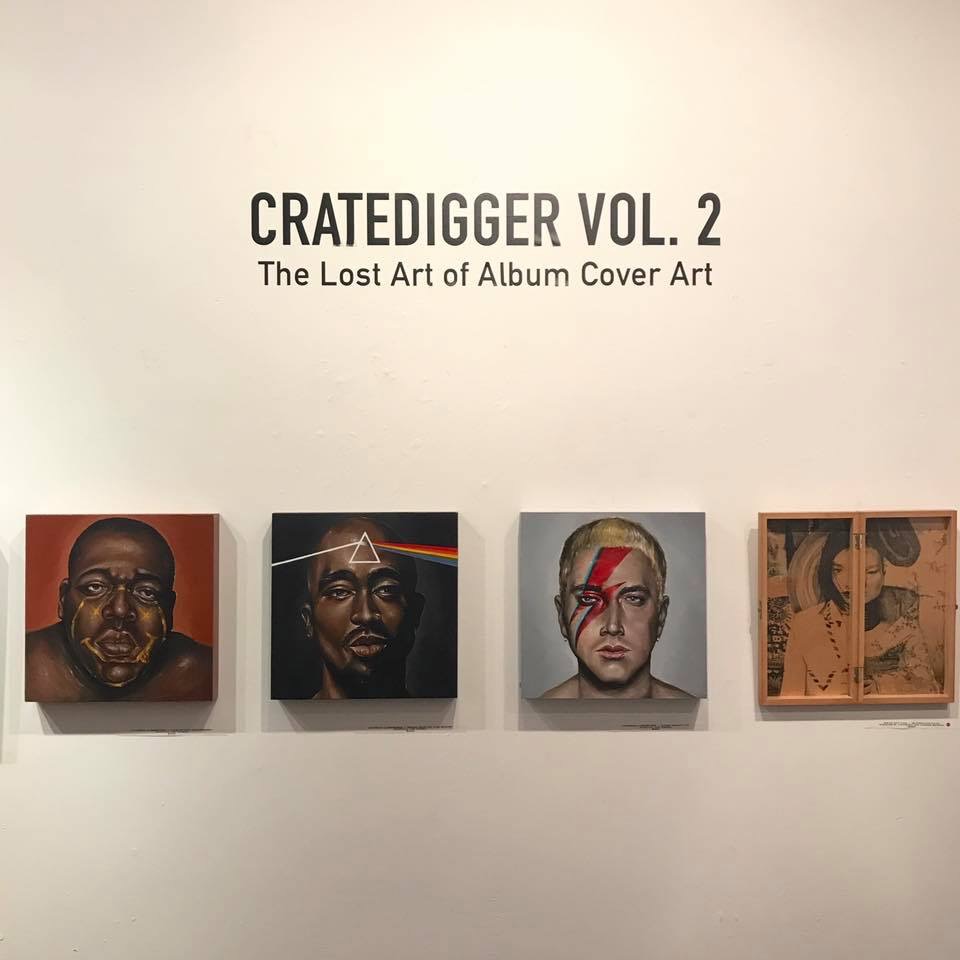 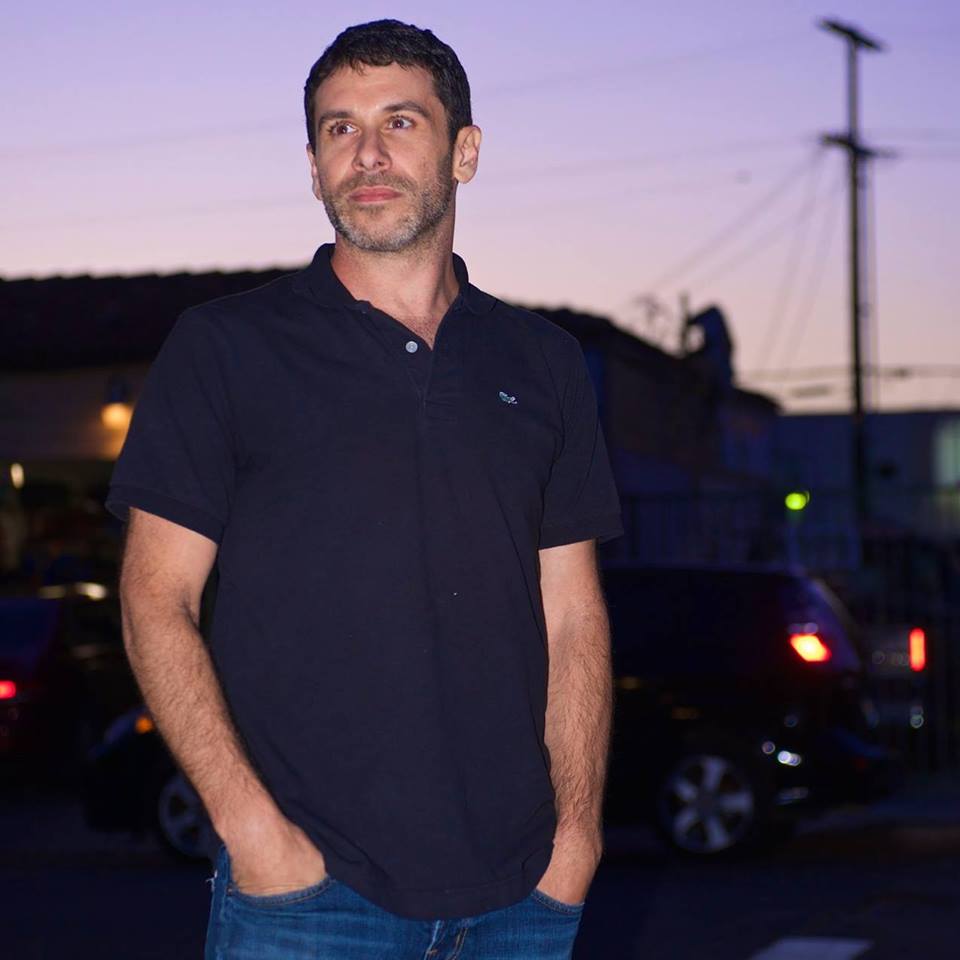 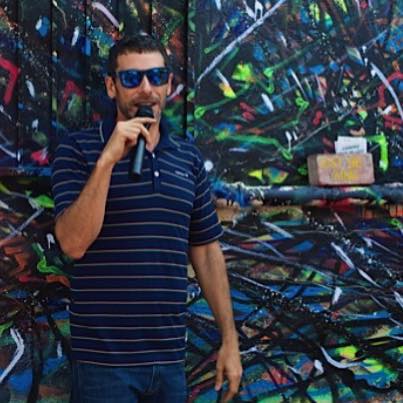 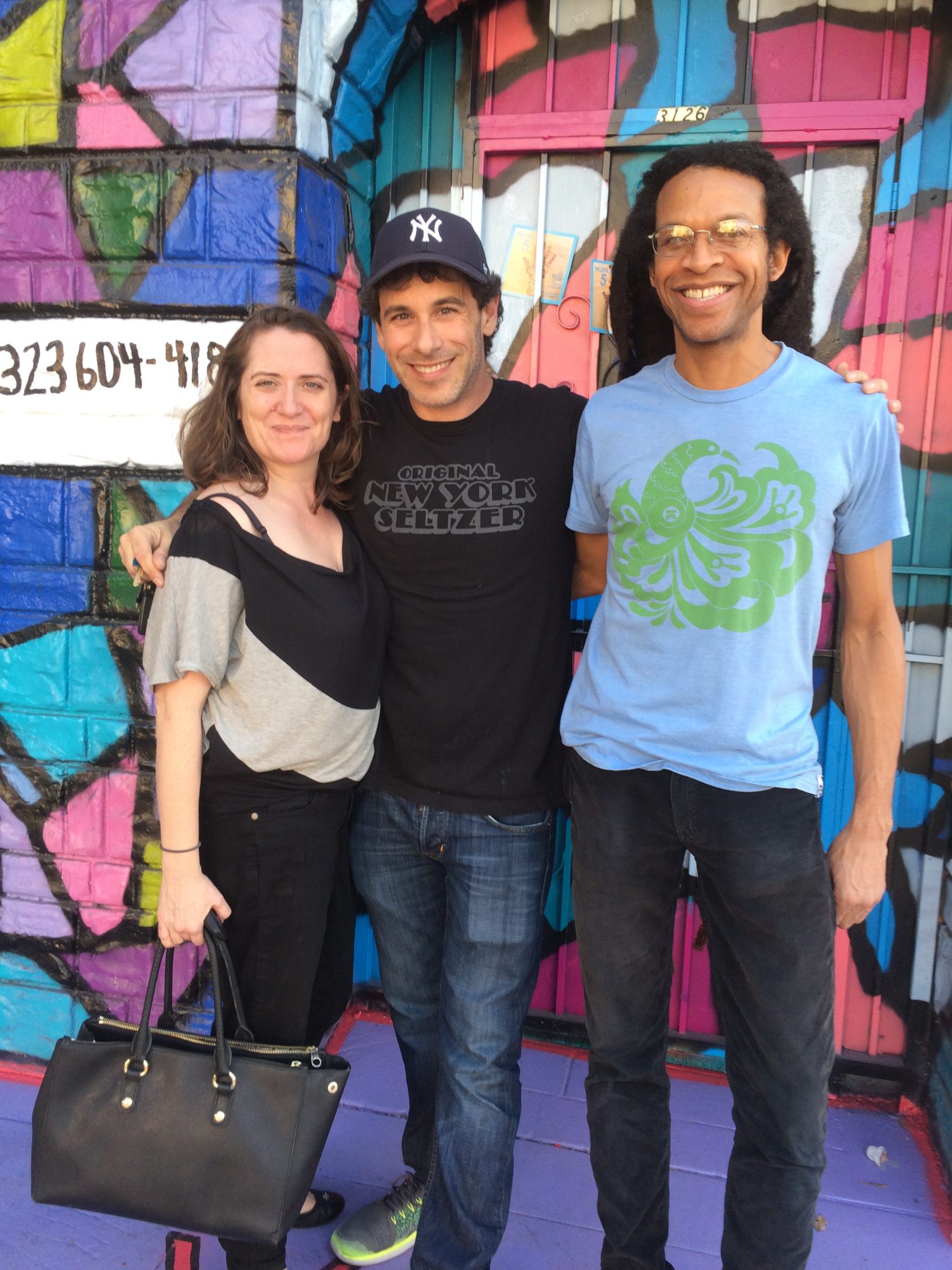 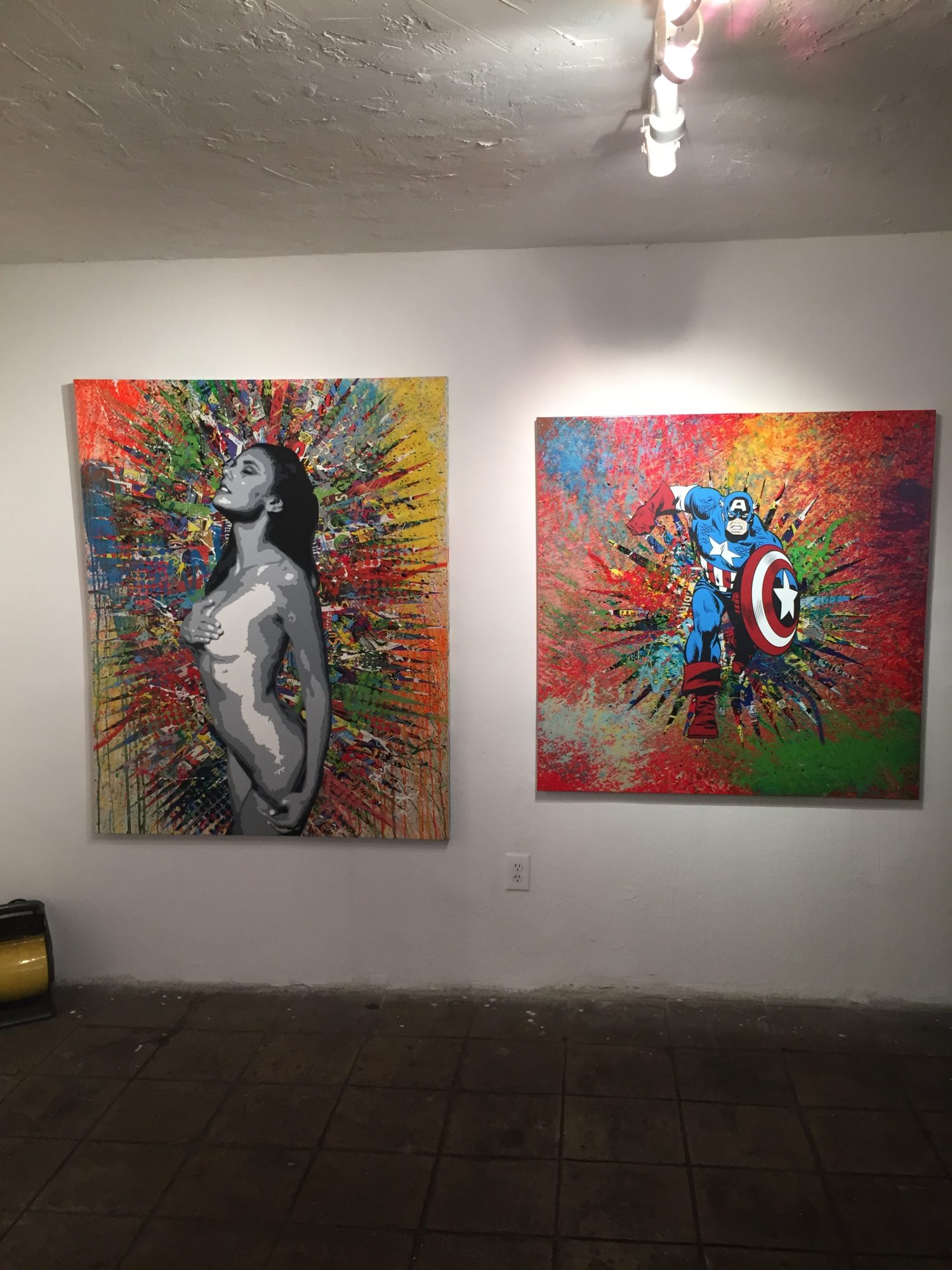 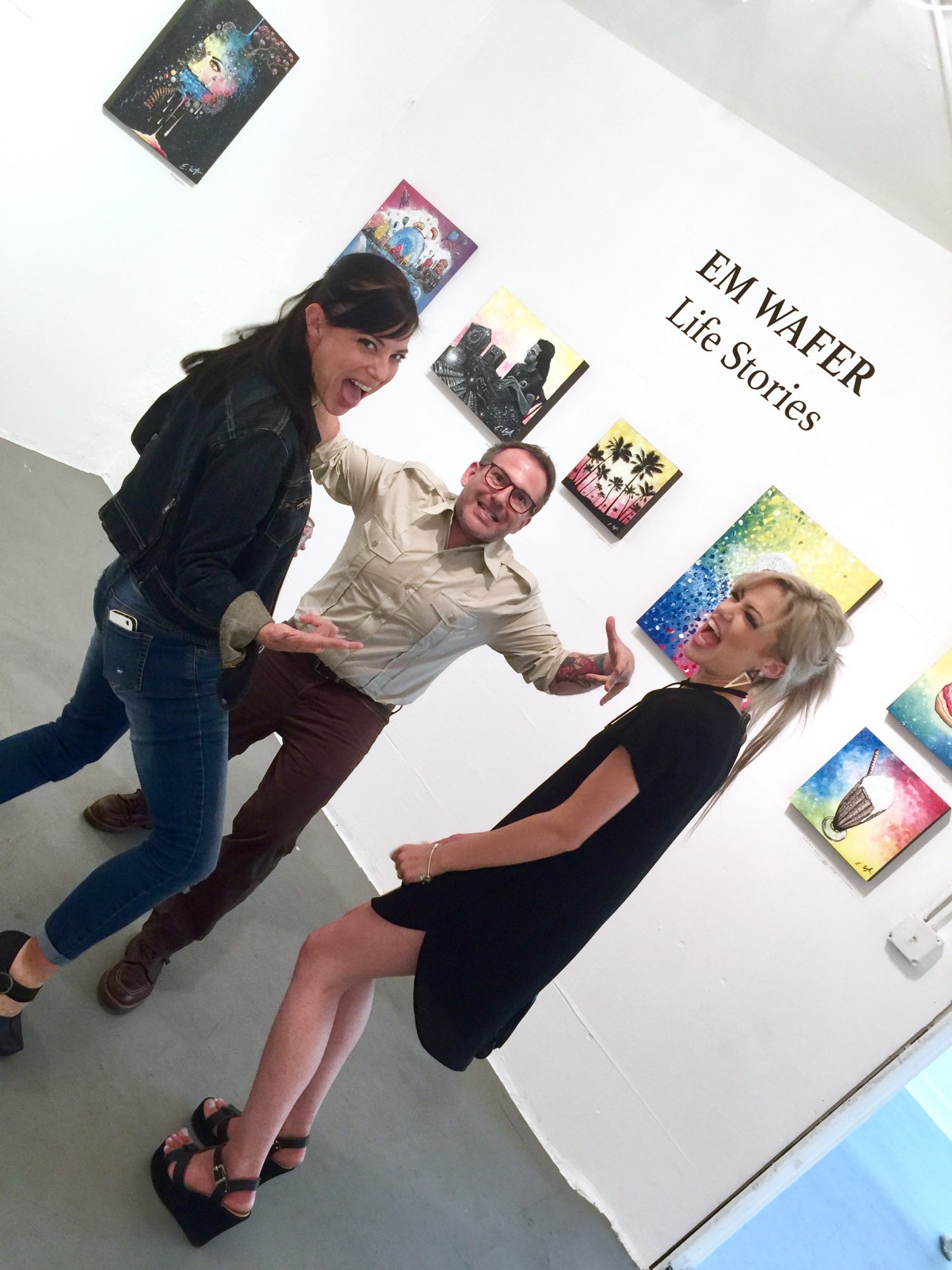 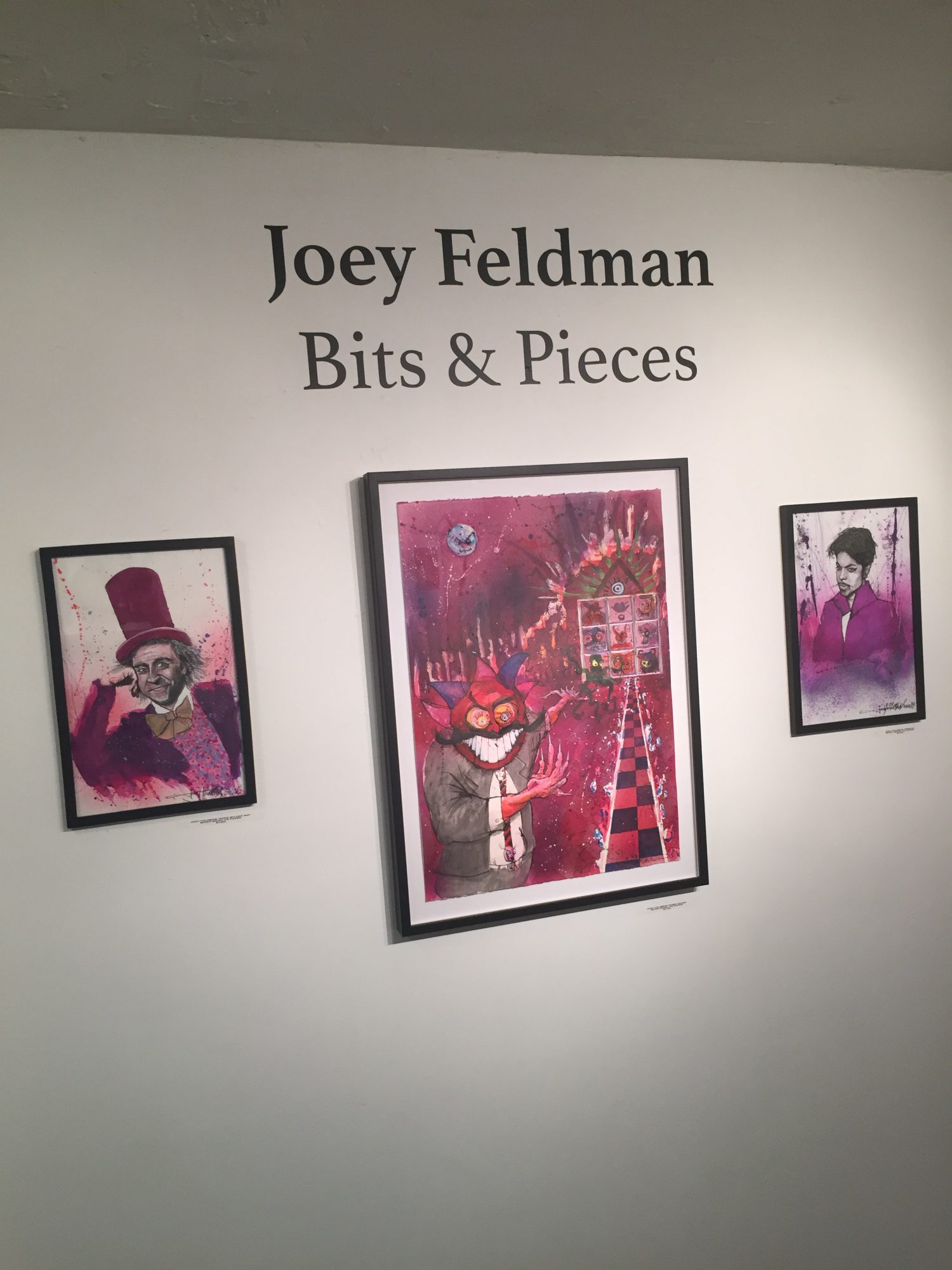