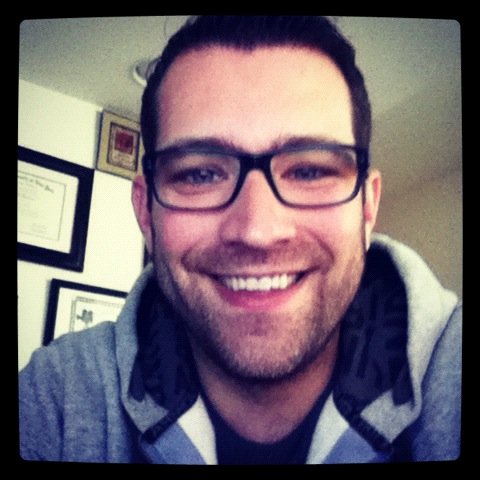 Today we’d like to introduce you to Jason Montgomery.

Jason, please share your story with us. How did you get to where you are today?
I would say that my career in the entertainment industry started very much like Quentin Tarantino’s did as a video store clerk at the age of 15. It’s funny I look back on those days and realize now how they formed my foundation for the love of film making and appreciation of the art. I grew up in a small town in upstate NY called Little Falls, population of approximately 7000. Residents would come in everyday and ask about the newest releases and what was “good.” Man, I miss the days of walking around a video store looking at box art, but what I learned from those days was how to break down a movie and how to truly appreciate what makes a good one. I went on to work in a video store all throughout college where I was Pre-Law with a double major in Political Theory and Classical Theater. Sadly, during my last years of undergrad was when all the Blockbuster and Hollywood Video’s started to disappear. I realized a few years ago upon reflecting that these video stores were where I first learned to edit. I was in charge of fixing all those VCR tapes that your player would “eat.” But when I look back now, I was really just editing reel to reel in a way.

After undergrad, I went on to model in NYC and act on Broadway in a couple productions, then ultimately decided that NY winter was no longer in the cards for me and the amazing Los Angeles Sun was calling my name. So, at the wise age of 21 and with about $5K to my name I moved across the country to pursue my dream. Damn was I in for a rude awakening!

It’s so funny now when I see fresh “transplants” (a term used to describe actors who move to LA with stars in their eyes) come into my studio, I have an innate sense of wanting to help them navigate the politics of this city. They say that Hollywood is Washington DC for pretty people and in a sense, that is very true. Like everyone who comes to LA I really had no clue where to start so I just hoped on the bus and started walking into agencies…. LOL, very quickly learning that they do not usually accept walk ins off the street. Needless to say, this got old quick!!

Now I have always been a bit ahead of the curve when it comes to tech, my friends say I am the definition of an early adapter and nicknamed me Bruce Wayne because I always have the coolest new tech. It was 2004, and the banks were giving out loans to anyone with a library card. So, I decided to get a $30K loan and bought myself a Sony Z1U HDV Camera, a Mac Pro Tower with all the editing programs Final Cut, After Effects, Photoshop, Shake, Etc…..I had no idea whatsoever how to use any of it but decided I was just going to start making my own content with me and my buddies. Now YouTube wasn’t exactly the YOUTUBE we know it to be today, but again, I was ahead of the curve and started posting these short films, mostly just dick and fart jokes, but people seemed to like what I was making. So I decided to submit a short compilation reel to USC, AFI, and NYFA for their respected MFA programs in Film. I was accepted into all 3 and people thought I was crazy not to go to USC, but I ultimately chose NYFA which at the time was on the back lots of Universal Studios. I came away after 3 years with a MFA in Film making with an emphasis on Post Production and I think the main thing I took away from my time at NYFA was that film school is not really a place to learn as much as it is a place to make mistakes on your own dime.

After grad school I was immediately hired by a company called the Ayzenberg Group in Pasadena to work on Video Game Trailers. This job was awesome! As an avid video game nerd my entire life it was incredible to be able to work on some of the biggest games coming out. The best part is I got to play these games sometimes a year to two years before they even were announced at E3. I was part of the team responsible for all the trailers for Call of Duty World at War, High School Musical 3, BOLT, Banjoo Kazooie Nutz and Bolts, and my personal favorite Soul Caliber 4! I can honestly say that I learned more in my first 3 months at this job than I did my entire time at film school…. nothing like real life experience with deadlines! During my time at Ayzenberg I received an opportunity to work at ABC in NYC, but I had to move to NYC in order to take it. This was a difficult decision for me because I loved working at Ayzenberg, but the money wasn’t that great and ABC was an opportunity for a career. So I decided to say my goodbyes to Ayzenberg and moved to Forest Hills, Queens and went to go start at ABC. The only problem was timing. The week I arrived was when the market crashed in 2008. I was politely told sorry but we can’t bring you on anymore we actually have to lay off a bunch of people. Needless to say, this was quite the shock to my system. It was the first time since I was 15 years old that I didn’t have a job! So, like everyone else during that period I was blindly submitting my resume to ANYONE.

It was a strange day when 4 months later I received two jobs opportunities on the same day after months of nothing! I was offered an associate professorship at The University at Albany running the campus television station. The other offer was for the Director of US Operations for a company called Casting Workbook. This was a difficult decision for me but ultimately, I chose to go with Casting Workbook (CWB).

CWB was great, my main job was to keep FOX Features casting who was our main client at the time happy! This was incredible because I was the tech guy, they ALWAYS wanted me in the room for all the really important casting session in case something went wrong. So I got to be in the room and watch how, Danny Boyle, Ang Lee, Mc G, David Gordon Green, Shawn Levy and many more, work with actors. This education was invaluable! I noticed how pre-reads, which are the initial casting call sent out to agents and managers, were being eliminated slowly in favor for selftaped auditions. However most of them were horrible quality. So I made the decision to buy selftape.com and then trademarked the word “Selftape”. After 5 plus years working with CWB and Fox Features I had amassed a solid IMDB page and decided to start a little niche company called, you guessed it THE SELFTAPE Creative Studios. That was almost 6 years ago now, and every year we continue to keep helping aspiring actors live their dream. 🙂

Great, so let’s dig a little deeper into the story – has it been an easy path overall and if not, what were the challenges you’ve had to overcome?
For a startup, I have to say it has been relatively smooth. But the smooth road has been paved with lots and lots of hard work!

The Selftape Creative Studios – what should we know? What do you guys do best? What sets you apart from the competition?
A selftape is when an actor can’t get into the room to meet with the Casting Director, so casting asks the actor to, “put yourself on tape.”

What sets us apart aside from being the original selftape studio, is that we are the ONLY studio operated by a casting director as opposed to just another actor with a camera.

There is a massive difference between what actors think casting wants to see and what casting actually wants to see. We pride ourselves on this knowledge, and it is without a doubt what sets us apart from all the copycats.

What moment in your career do you look back most fondly on?
I think there are three moments that come to mind.

1. I was in Times Square in NYC, I was working at The Ayzenberg Group at the time and one of the video game trailers I had helped make, an ATV racing game called PURE was playing on ALL the screens. I stopped and was simply in awe for probably 5 minutes even after the trailer finished playing. It was the first moment where I knew my work would be seen.

2. Getting to work with Ang Lee and Danny Boyle. Watching how they gave notes to actors. The simplicity and clearness of their direction showed why they are masters of their craft!

3. I recently worked with an actor who booked a 3 picture deal from one of my tapes for a major upcoming Peter Jackson trilogy. He called me from New Zealand to tell me that the Casting Director came to visit him on set one of the days he was shooting simply to tell him that the selftape he sent in was the best selftape she had ever seen, the lighting, the sound, the direction, the reader (me), were all exceptional. Her exact words were, “This is a tape I am proud to send on to Peter!”