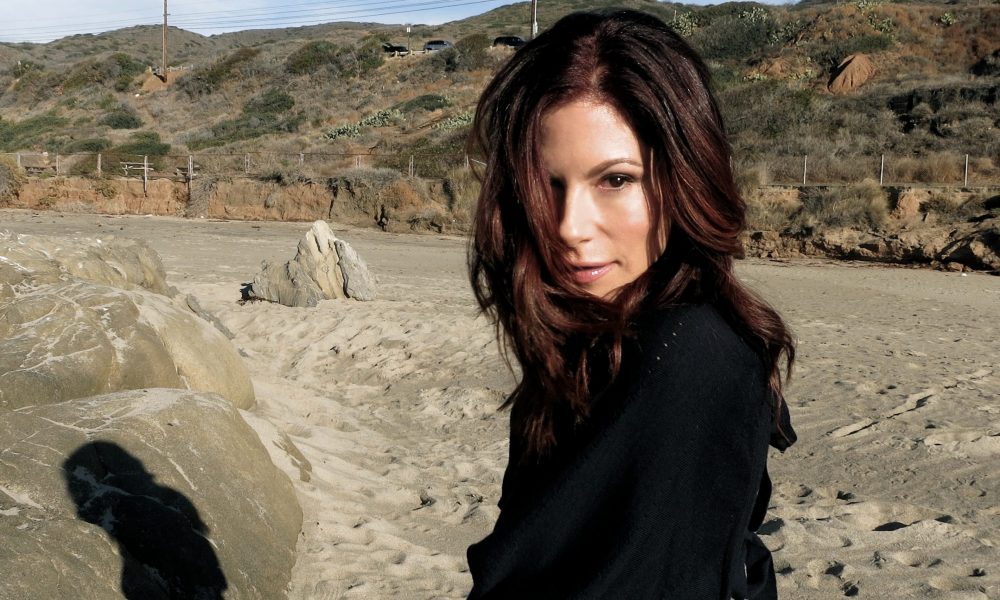 Today we’d like to introduce you to Cindy Alexander.

So, before we jump into specific questions about the business, why don’t you give us some details about you and your story.
I was born and raised in Los Angeles, and majored in Theater at U.S.C. I realized after I graduated that there was enough drama in real life, and I was best at playing myself. So all of that training was put to an alternative use ~ I basically turned my life story and observations into songs, and began performing in clubs around town. My fan base grew, in part, thanks to the burgeoning internet music scene in the late 90’s. My music was downloaded and shared extensively on sites like Mp3.com, MySpace and Napster. Instead of fighting it, I went with it, connected with fans, and they helped me book shows and tours all over the world. I’ve always seen music as the key to my adventure, and that key has opened doors in Ireland, the UK, Germany, the Pacific Rim, Barbados, and even Cuba! To meet demand and have something to sell on the road, I established my own record label, JamCat Records, in 1999. Performing locally in the center of the film and television industry resulted in opportunities for me to license my music to film and tv, and you’ll hear my music on various network shows like So You Think You Can Dance, various MTV and VH1 series, and movies such as Here on Earth, Smokers, and Sugar and Spice. I met The Bacon Brothers (Kevin and Michael Bacon) at the beginning of my career, when I opened for them at The Troubadour, and have toured with them on and off for 20 years.

I’ve had opportunities over the course of my career to sign with major labels, but I have always been a DIY kind of gal and it never seemed like a wise choice. In 2004 I won David Foster and NBC’s tv show/ singer-songwriter competition called Star Tomorrow, but the contract was anything but a prize. My fans have always funded my records, so I stayed “indie.” Being along side major label artists was something I could do on my own – I’ve been featured in compilations alongside Sarah McLachlan, Aimee Mann, and Norah Jones, and have toured and shared the stage with major label acts such as John Hiatt, America, Marc Cohn, Suzanne Vega, Joan Osborn, etc., so that has certainly helped!

In 2007 (after years of interviewing perspective mates on Match.com and writing songs about all the relationships that didn’t work out), I married Chip, and we have twin daughters who just turned 9. Of course being married and becoming a mother has affected my music and my career, and I strive for balance while keeping family my #1 priority.

Life threw me a curve ball in 2013 – I was diagnosed with breast cancer that summer, and spent the rest of the year saving my life and recovering from the process. I was ready to walk away from my career, but needed music to heal. I wrote a record through my cancer journey which is entitled “Curve.” Like all previous records, this one was funded by my fans. One of my “angels” was Kirk Pasich, who offered to either help me sue the insurance company that refused to pay my medical claims, or write a check to help me finish the record. I gratefully chose the latter. When “Curve” was finished, Kirk told me that I should “do something” with it. I told him he should start a record label, and he did! Kirk founded Blue Élan Records, JamCat joined as a partner, and I was the first artist released on the label. Today, we have 26 artists including many you might recognize like Grammy winning Rita Coolidge, Eagle’s songwriter Jack Tempchin, Rusty Young (Poco), Gerry Beckley (America), Colin Devlin (the Devlins) as well as a lot of upcoming singer-songwriters and rising stars like Chelsea Williams, Jesse Dayton, Scout Durwood and Rod Melancon! I can’t list them all here so please check out www.blueelan.com.

I feel both lucky and blessed. Music is a gift, and my career is about giving it back, and “playing it forward.” A portion of my proceeds benefit charities such as BreastCancer.org, The Kay Yow Cancer Fund, and any other worthy charities that my friends and fans bring to my attention. I am also very well aware of how fortunate I am to do what I love for a living. I try to support other artists and truly enjoy collaboration.

Great, so let’s dig a little deeper into the story – has it been an easy path overall and if not, what were the challenges you’ve had to overcome?
I’m not sure that life is meant to be a smooth road if there are lessons to be learned. I’ve definitely had my ups and downs, and plenty of challenges:  my #MeToo moments, the nay-sayers, cancer, struggling financially to support my habit of making music and touring when not making enough to cover the expense, and times in my career when I’ve wondered why I bother. But I know why I bother – it’s very clear to me now. Without music, I would go insane. It’s such a part of who I am and why I’m here. My career is not just a choice, it’s a calling.

Alright – so let’s talk business. Tell us about Blue Élan Records – what should we know?
Blue Élan Records started with me as it’s first artist, but is now home to 26 artists. Please check out www.blueelan.com because there is so much incredible talent and music worthy of your ears. All of the artists signed to Blue Élan write their own original songs. “It’s about the Music. It’s about the Artist. It’s about Collaboration.” Speaking of collaboration – that’s one of the great joys of being on a label such as this. We tour together, we write together, and our founder, Kirk Pasich, does everything possible to create a musical Family. I’m proud of that Family, And I’m proud of Kirk – that he had a vision and created a fully operational, growing record label when the music business was collapsing.

Kirk actually produced my latest record, “Nowhere to Hide.”  It’s an extremely personal, acoustic record with songs that span the entirety of my career.

Is there a characteristic or quality that you feel is essential to success?
The quality most important to my personal success in the music business is definitely tenacity. Most people give up too soon. I also have an ever evolving definition of “success.” If I am honoring my gifts and my passion while doing what I love, surrounded by great friends and a supportive family, and if I can be a good Mom, Wife Daughter, and Friend all at the same time…I’m a success. It’s not easy, but I’m constantly working on it. The creative life is such that I never feel “done.” There’s always more to do, more to say, and a way to do it all even better. 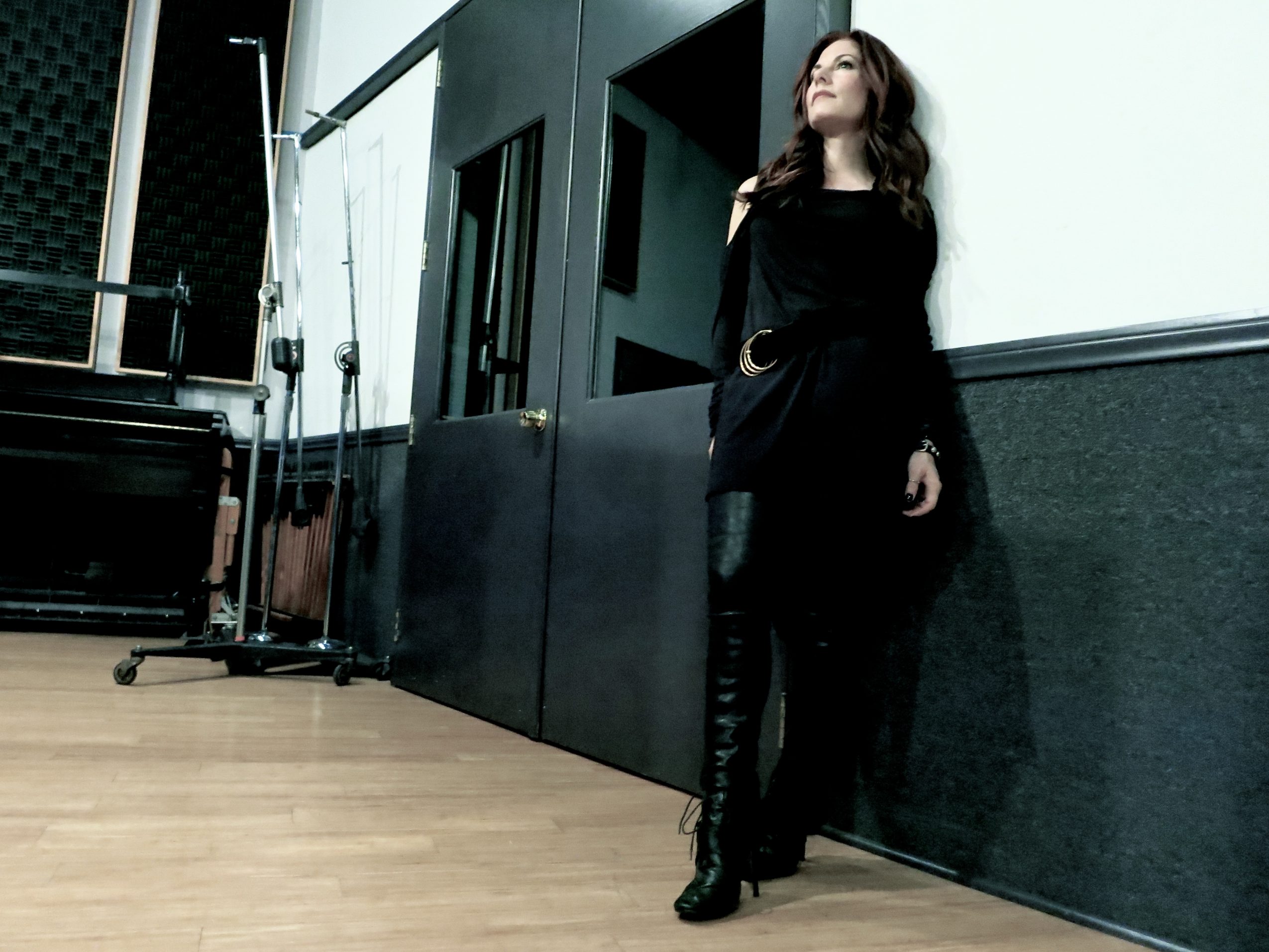 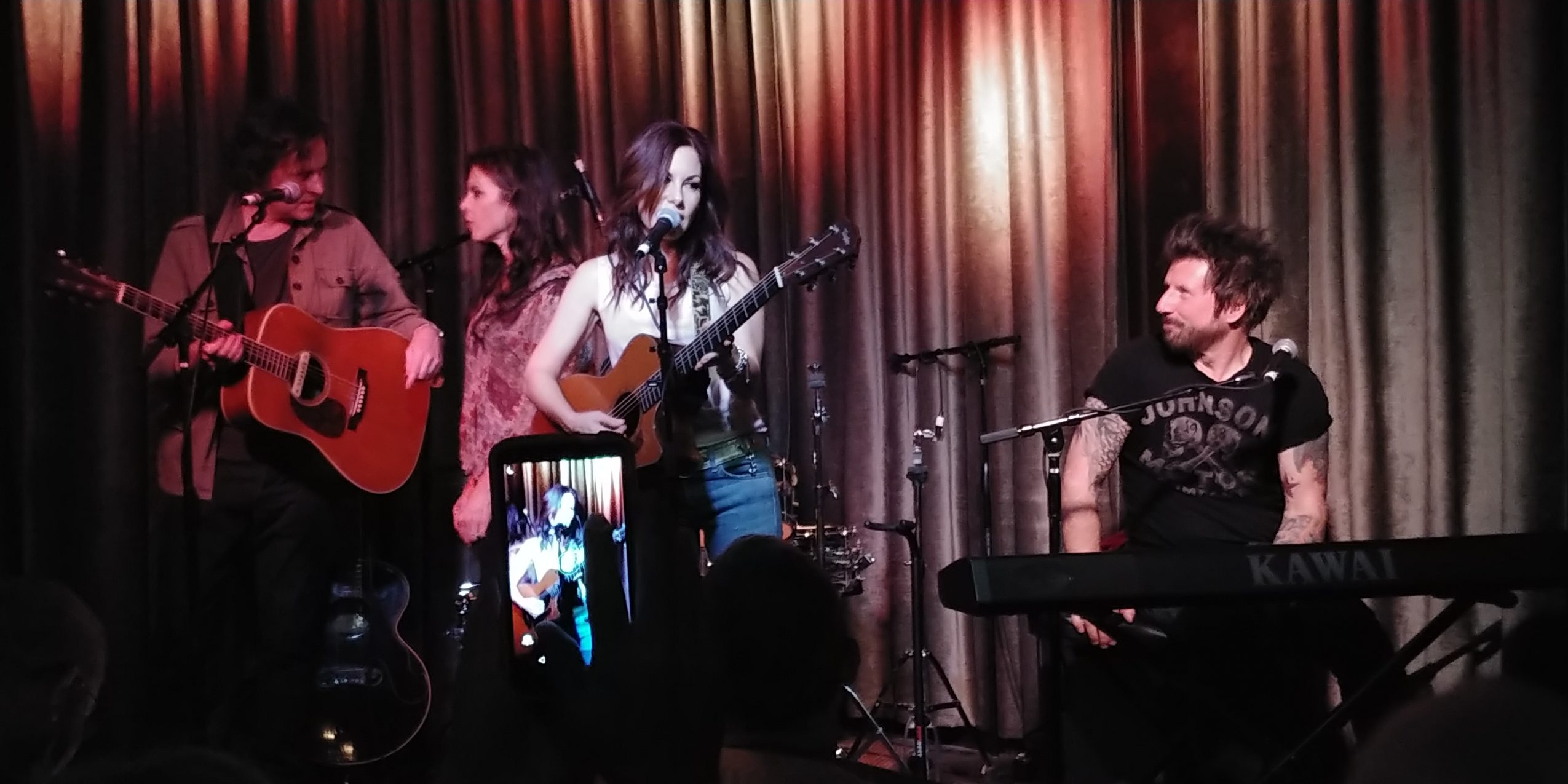 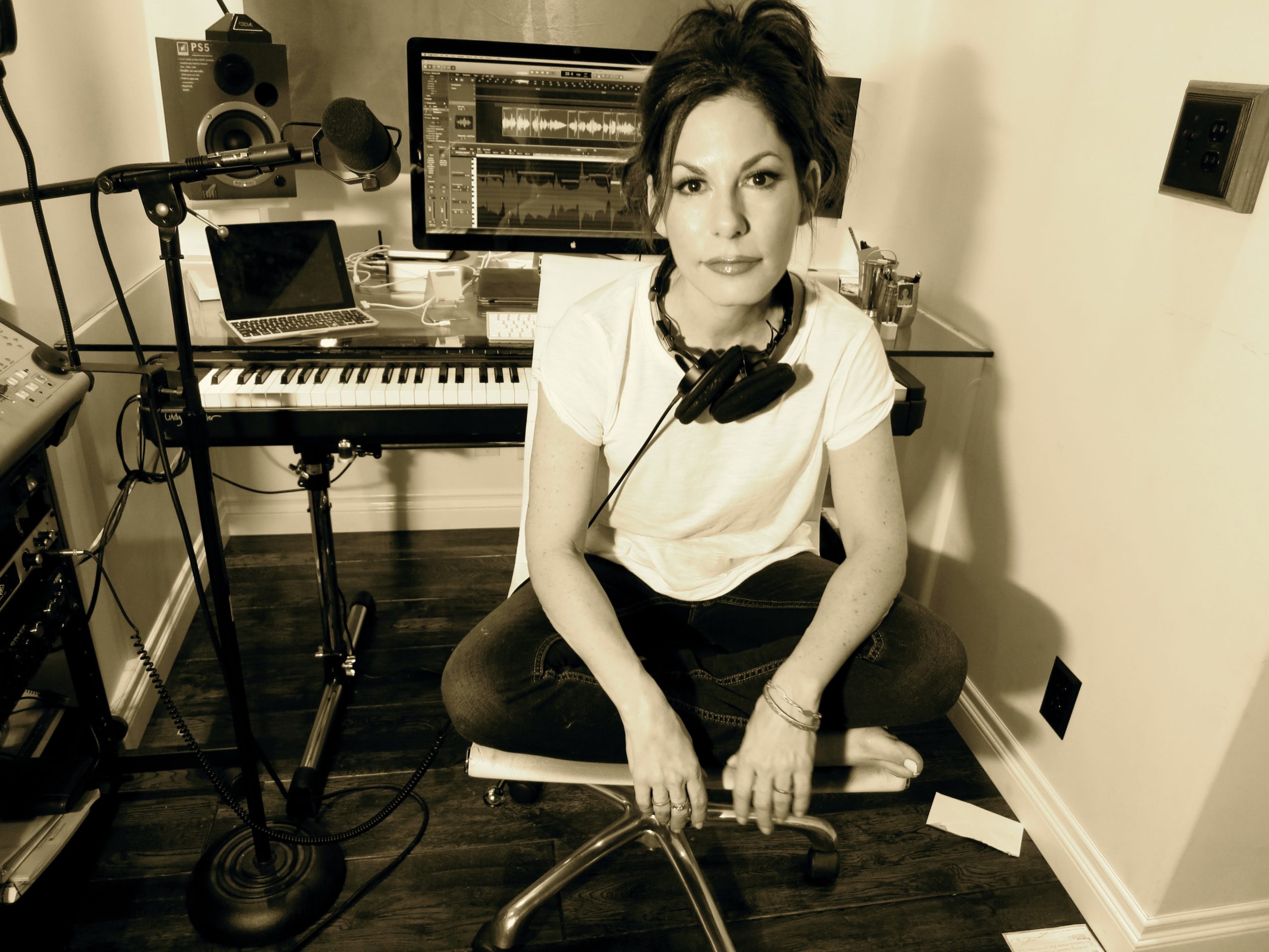 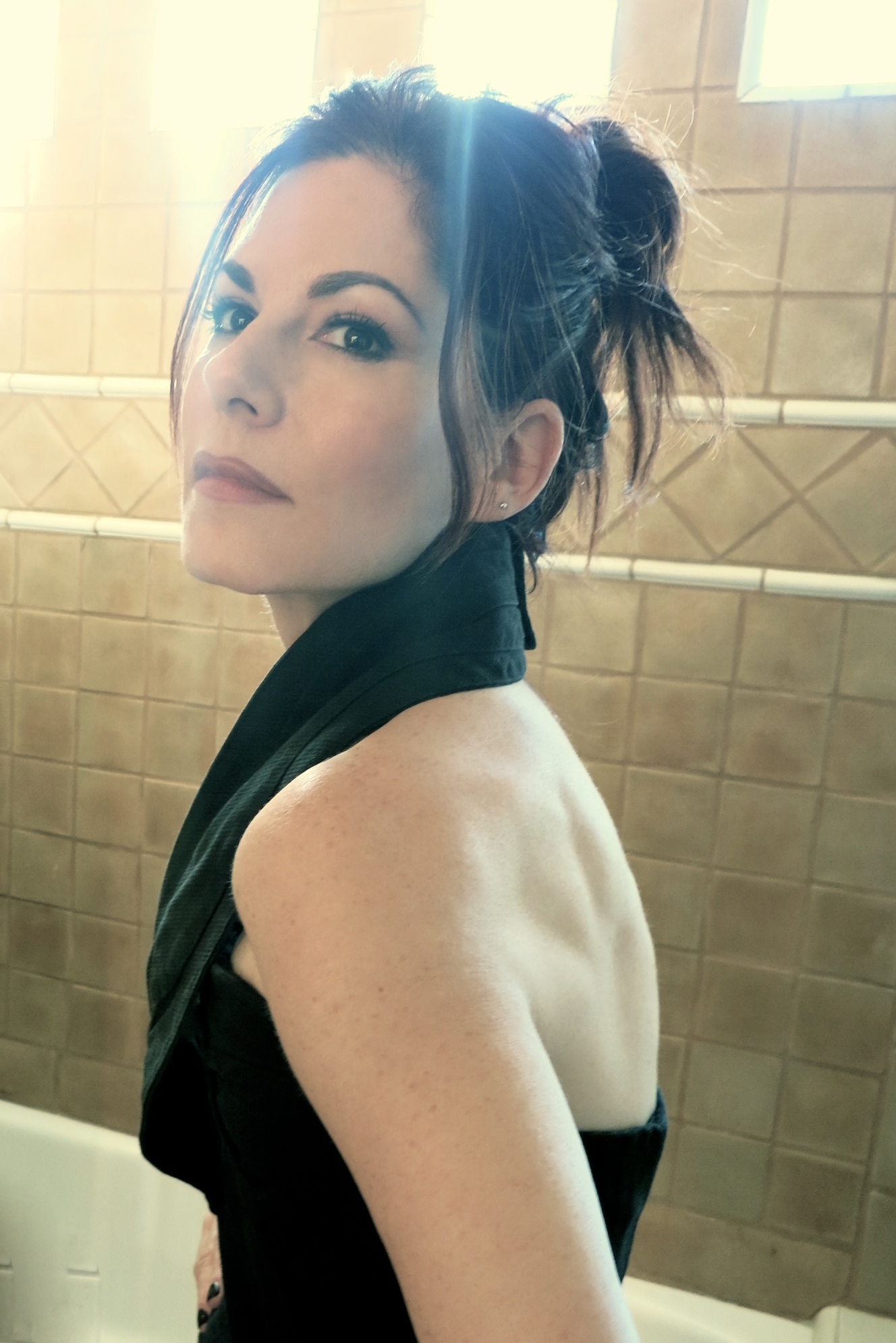 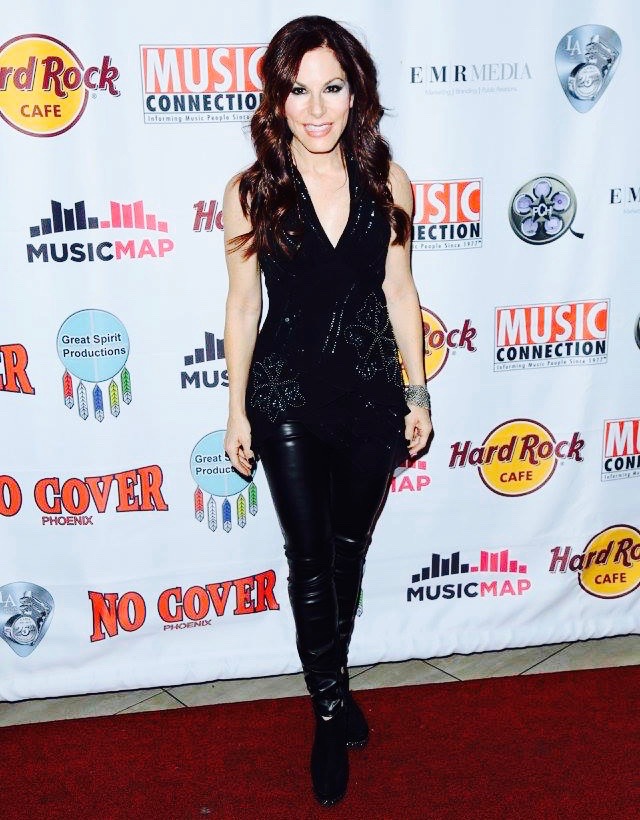 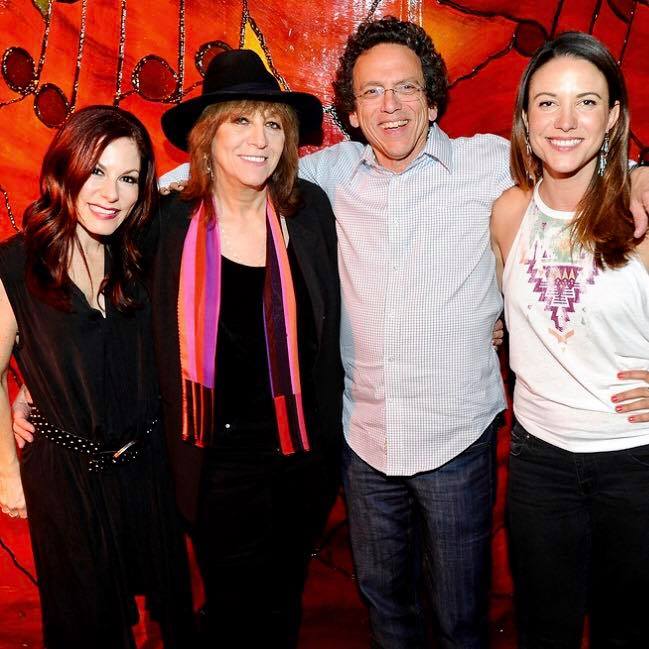 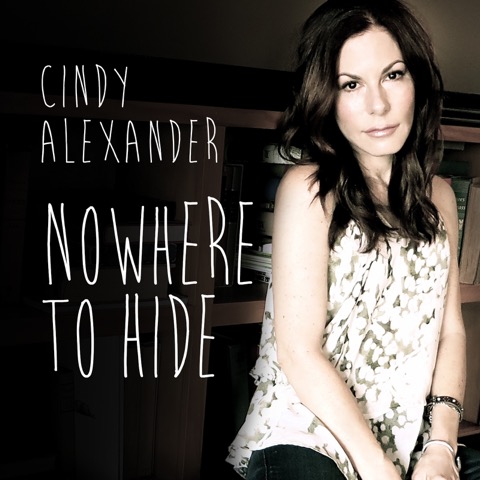