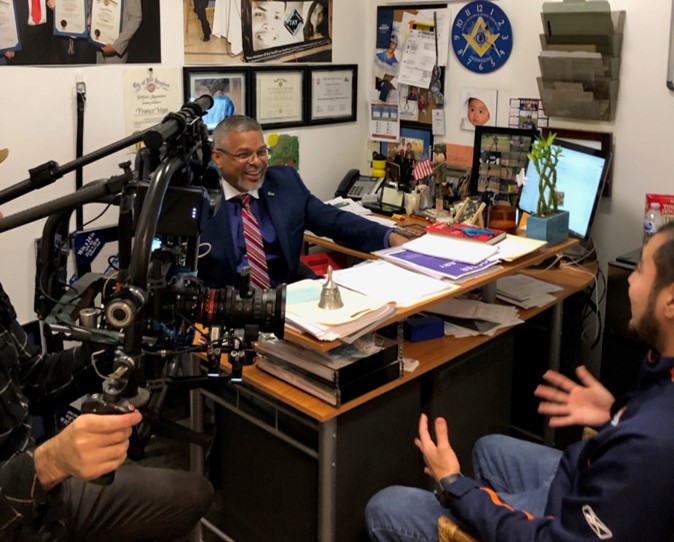 Today we’d like to introduce you to Franco Vega.

When Franco’s mother passed away, he was currently on three-year probation and was rescued by an African-American family and began to live a healthy life at that time. Once Franco completed his probational obligations to the County of Los Angeles, he joined the army as a way to leave the streets of LA. The US Army gave him the structure and discipline that he needed, and he is very thankful.

Franco received an honorable discharge in 1995 and has been working with gangs, the homeless, and foster youth ever since. He has over 20 years of community service under his belt. Because Franco has personal experience with abuse and trauma, the work we do with every single one of our youth is personal. At the age of 36, Franco’s trauma and pain at the hands of his mother resurfaced.

Depression set in, but he was eventually strong enough to seek the help of therapists to overcome his trauma. Franco is a strong proponent for mental health because of his knowledge of just how impactful mental health is on one’s personal and professional success. His mission is to help our youth escape from the pain that he endured in his youth.

Franco still suffers from PTSD from the abuse of his mother. Franco deals with taking his pain and turning it into power, which helps him work with this population. He understands that as an agency, we have to be very careful and delicate in not causing further trauma and pain in the youth, and the way that we do that is by keeping all of our promises to them, no matter how great or small the promise is.

We as an agency, celebrate the big and small things from getting your driver’s license to graduating from school, similar to the way families celebrate each other. The RightWay Foundation is the only agency that is there for the youth as far as we know of on Thanksgiving Day, Christmas Day, and New Year’s Day.

Overall, has it been relatively smooth? If not, what were some of the struggles along the way?
It has not been a smooth road by any means. Making the transition from being a grassroots person to now the CEO is a definite change of pace. You have to keep the passion of a grassroots movement but put the business first, and that was hard to accept at the beginning, and it took several years to get out of my startup program level mindset.

Secondly, being a person of color serving a majority population of youth of color but a system run and controlled by non-minorities has been challenging. A lot of times, I feel people that do not look like me can’t understand the mission that we are trying to accomplish here. A lot of people think high in the sky and have big ideas, but my philosophy is more common sense, “it takes a village,” and a lot of people could not understand that simply loving these kids makes a difference and that I can reach my goal by simply loving these youth.

Another struggle as a startup was that a lot of people were not willing to take chances no matter how strong our grant was. In this business, what I have learned is that who you know and who knows you are most important. We’ve had great data/outcomes and continue to see positive change, but it doesn’t seem to be enough, which we recognize, because we are leading the way compared to a lot of foster youth programs in Los Angeles County by far, yet we are still not receiving the financial support/backing that we need to operate comfortably.

Please tell us about The RightWay Foundation.
The RightWay Foundation works with emancipated foster/probation youth in South Central, Los Angeles. While other organizations offer either mental health services or employment services, RightWay offers both mental health and employment services simultaneously, an approach I pioneered when I founded this organization.

We recognize that if the goal is to produce independent, contributing, self-sufficient members of society, the trauma that our youth have endured must first be addressed and overcome, which we have therapists on site to help with.

Aside from all of that, RightWay is more than just an organization working with emancipated foster/probation youth. We are a family. We are more than hours of paperwork and forgotten names because everything here is personal. RightWay cares, and that is what sets us apart from others.

If you had to go back in time and start over, would you have done anything differently?
If I had to start over, I would have started off with serving a smaller number of youth. At the beginning, I went at it with the mindset that I needed to service a lot, as in hundreds of youth, with zero funding, and that aged me quickly. As I proved that my model works, funders turned around and asked why they should fund us when it seemed that we were doing just fine with the minimal funding we had. This taught me that funders only want to pay the bare minimum.

At the beginning, we stretched ourselves too thin. In reality, it takes about $15-20,000 a year per youth to provide all of the services that we offer to Transition Age/Probation Youth, but RightWay was doing this under $1,000 a year per youth. To this day, we are still having to justify to funders why we need this money. It also costs a lot to have the best staff. The days of working for good staff with little to no compensation are over. I also would have vetted/cultivated stronger partnerships with other local nonprofits.

I was involved with a lot of “collaborations” that I learned did not have the same passion that we, at RightWay, have for the youth, and I should have cut them off a lot sooner. Due to political advice, I should have never had these partnerships. I thought that because a county supervisor or local council member had a friendship with a particular nonprofit, that I should have a relationship with this particular nonprofit, which had absolutely no benefit for us in the end.

Another thing that I would have done differently is to stay away from political figures and keep myself very neutral. I have friends on the Left that were very close to the foundation but in the end, were no benefit for RightWay, and I simply should have remained nonpartisan because foster youth is not a Democratic or Republican issue. Everyone’s focus regardless or political party affiliation should be on foster youth. 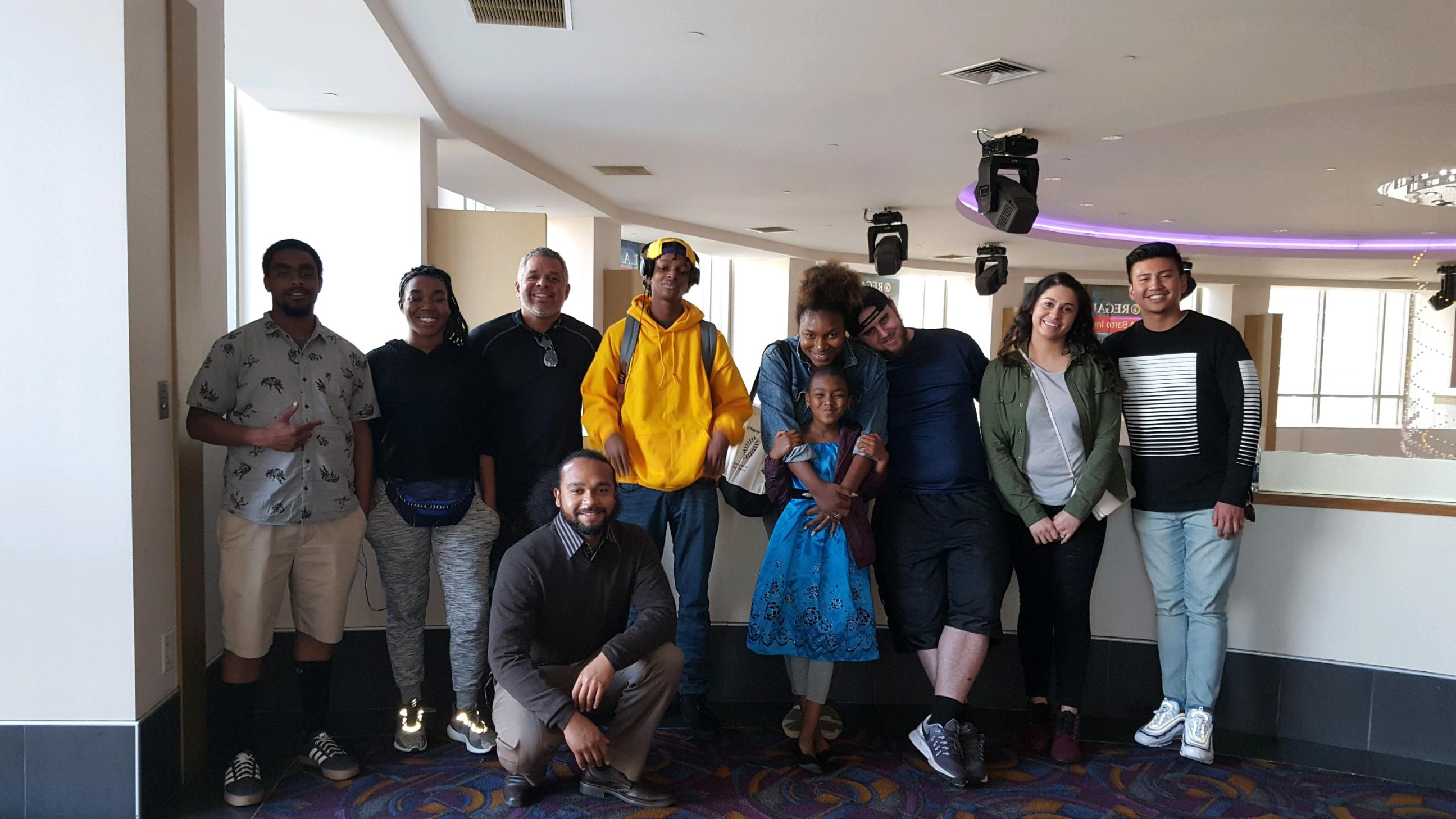 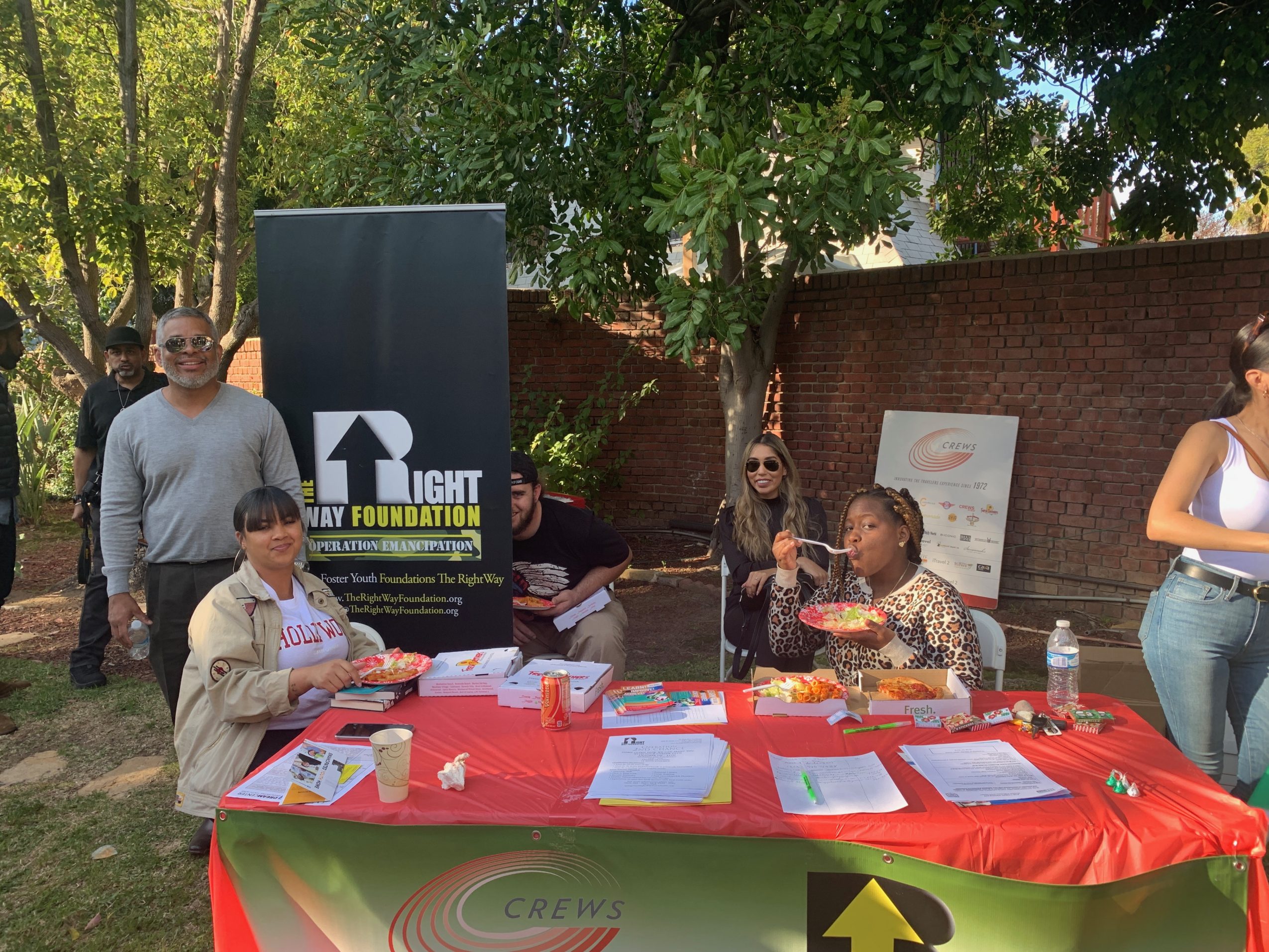 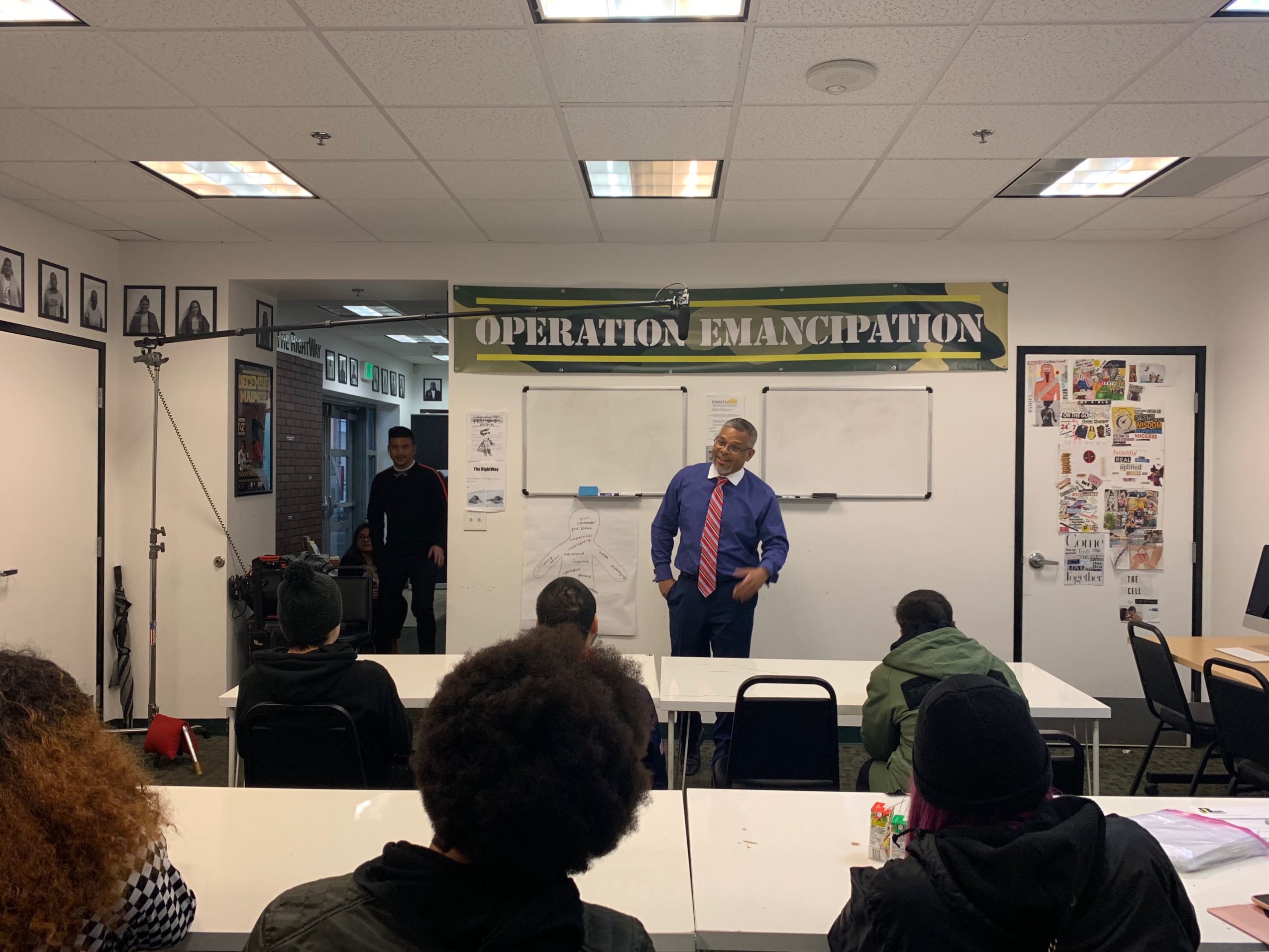 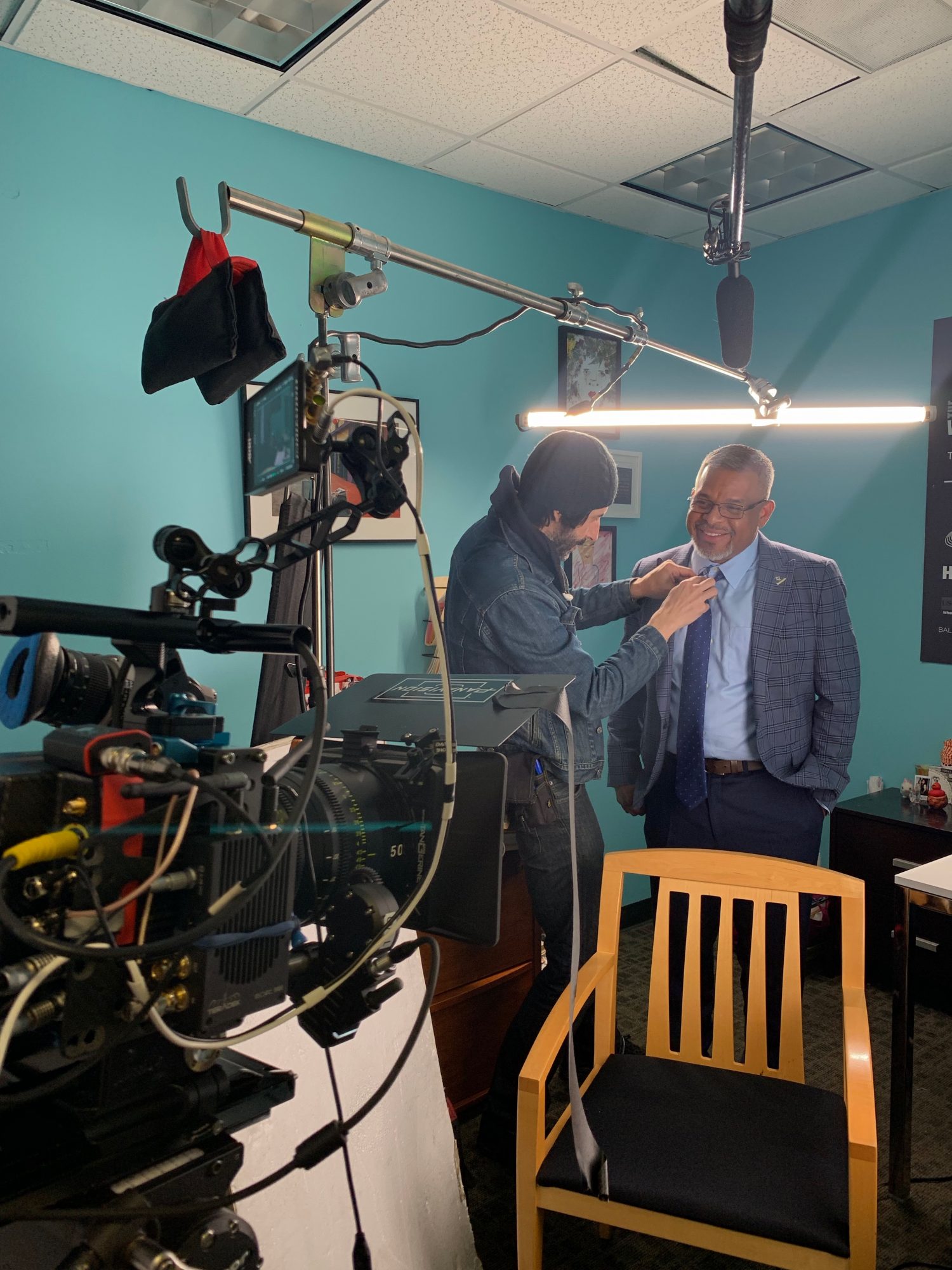