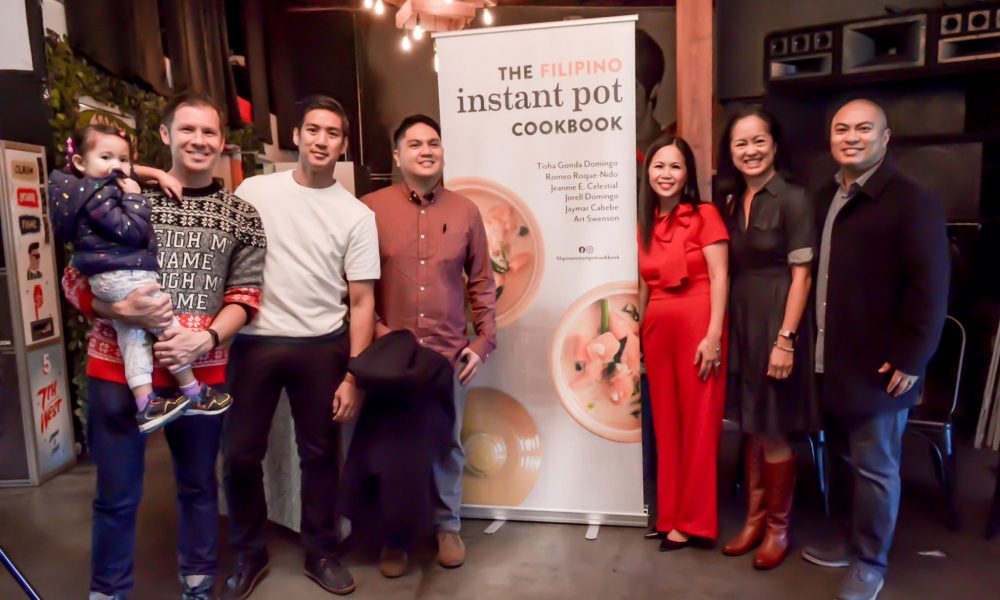 Today we’d like to introduce you to Tisha Gonda and Jorell Domingo.

Thanks for sharing your story with us Tisha and Jorell. So, let’s start at the beginning and we can move on from there.
It was around late 2017 and Jorell and I borrowed my mom’s Instant Pot as we wanted to see what all the hype was about, but didn’t want to commit to buying one out until we tested it out. It sat on our kitchen counter for a few months as we were a bit intimidated by it. Finally in early 2018, after watching a few Instant Pot demos on YouTube, we were ready to see what we could cook with it. Our first dish was honey garlic short ribs and they were delicious! Jorell went searching for more recipes and found several Instant Pot groups on Facebook. There were Instant Pot groups for Indian, Hawaiian, Korean, and Vietnamese food, but none for Filipino. In February 2018, Jorell and I decided to start a Filipino Recipe Instant Pot group on Facebook. In the beginning, we added some friends and family to the group and it grew to a few hundred members. It was a fun space to share what we were cooking with friends and see what our friends had cooking in their kitchens. The group slowly, but surely, started to increase in size. This was very exciting for us, but little did we know that 16 months after founding the group, we would reach 10K members. From that point, group membership grew exponentially, and as of mid-April, we have over 63K members.

Backing up a little too late 2018, Jeannie Celestial (along with her husband, Art Swensen), whom Tisha had mutual friends in common with, had been talking with Romeo Roque-Nido and Jaymar Cabebe about writing a cookbook focusing on Filipino Instant Pot recipes. They had approached us about writing the book and we jumped on board in early 2019. We held regular video conference calls as we worked on the book’s framework, and began cooking and writing in April 2019. With six contributors working on recipes and content, we were able to complete our work, including testing and editing recipes, by early fall. The Filipino Instant Pot Cookbook was released on October 29, 2019. Soon after launching, we reached the Best Seller list on Amazon and Barnes & Noble, due largely in part to the positive reception of the book by the Filipino Instant Pot Recipes Facebook community. The feedback from the community (as well as those who are not in the group) has been overwhelmingly positive, and we are all grateful and humbled by their support.

Has it been a smooth road?
One of the biggest challenges was writing this book while working full-time and caring for our two young children. As we wanted to release this book in time for the holidays, we had a very tight timeline and devoted a lot of nights and weekends to cooking and writing.

During this process, we scheduled weekly video calls with the four other co-authors who lived in Northern California and also had small children and full-time jobs. Typically, we scheduled these calls at 9pm, after the kids were put to bed. Surprisingly, the six of us had never all met in-person until one month after we launched the book.

We’d love to hear more about your business.
We are all home cooks who wanted to share our love for our Filipino culture and our food. We all have young children and it was extremely important to us to preserve our rich culture and history and pass it on to our children.

With our busy daily schedules, being able to cook the dishes we grew up within shorter amounts of time in the Instant Pot allows us to continue our tradition of cooking Filipino food at home for our families. At the same time, we hope to expose Filipino cuisine to those who may not be familiar with our food or culture. The number of Filipino restaurants in California (and the United States) has certainly increased the spotlight on Filipino food, and perhaps our book will help bring it into the homes and kitchens of more people.

Is our city a good place to do what you do?
We think Southern California was a great place to release our book because there is a strong Filipino community that is eager to help and support us. It has been such a wonderful experience being able to collaborate on events with other Filipino businesses and community organizations. In addition to this, we understand that the diversity of cultures and food in Southern California is unmatched anywhere in the country, and adding to this diversity and learning and enjoying other cultures’ cuisine is something very familiar to Southern Californians.

Book is available at Amazon.com,
Barnesandnoble.com, Target.com, and Walmart.com 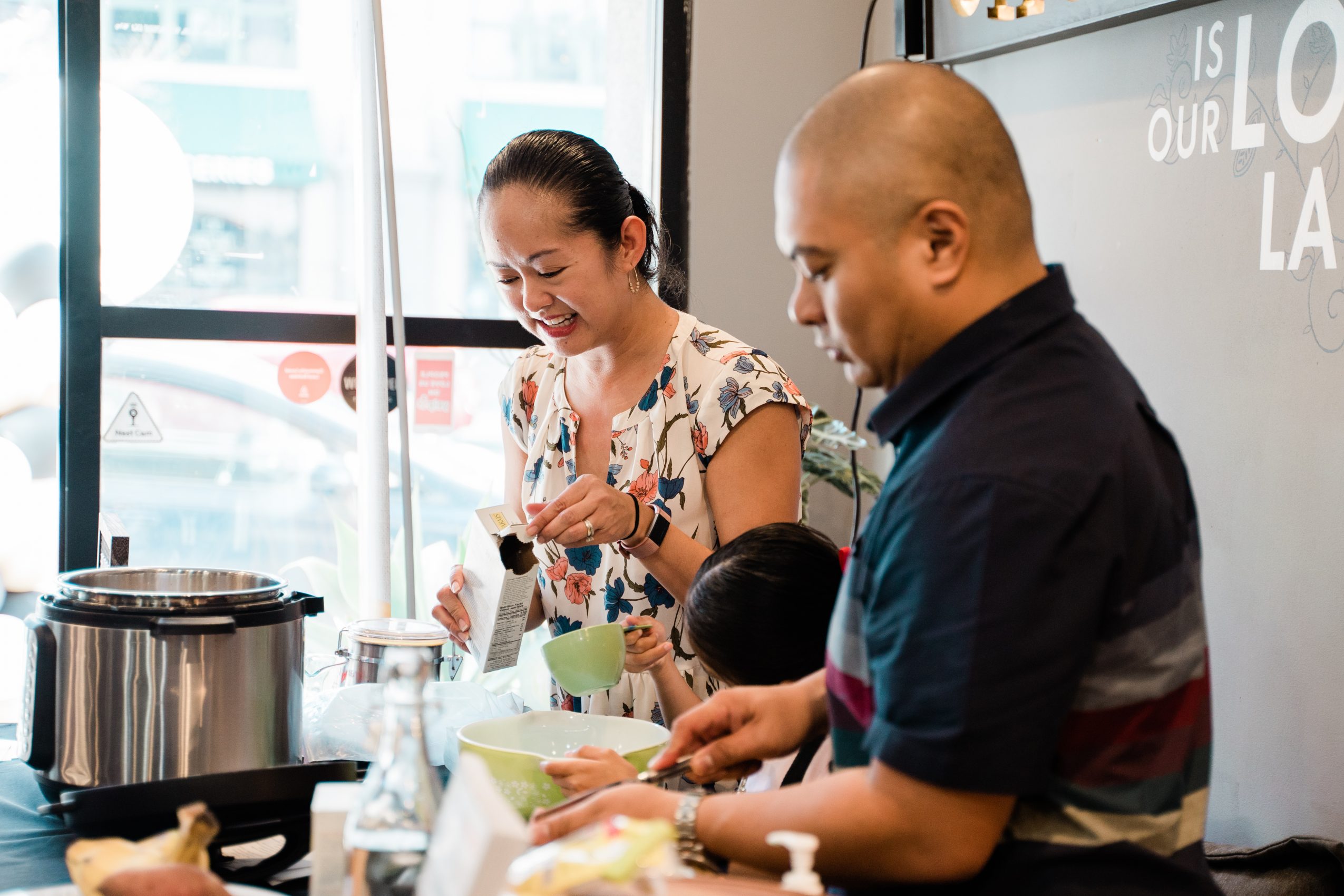 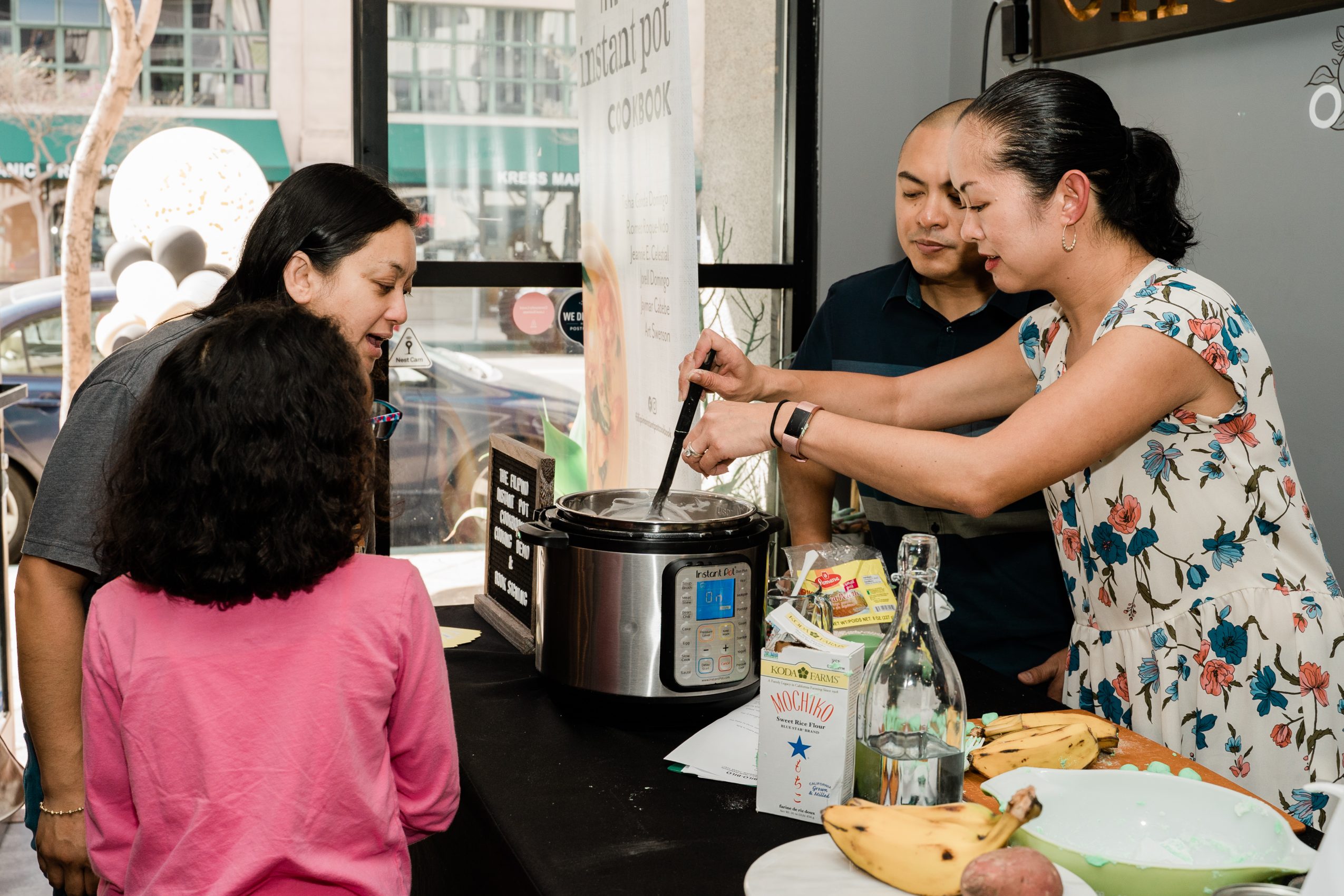 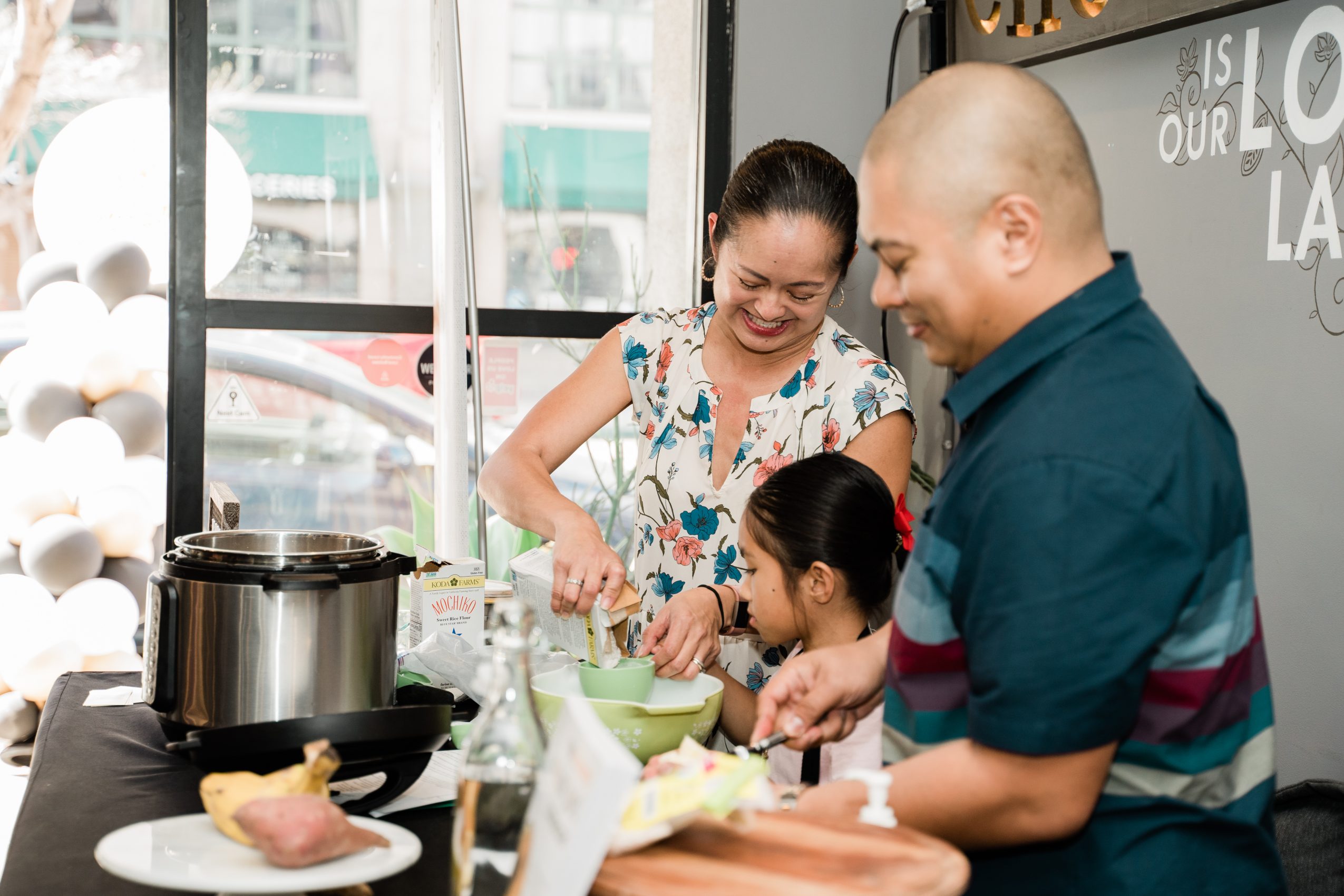 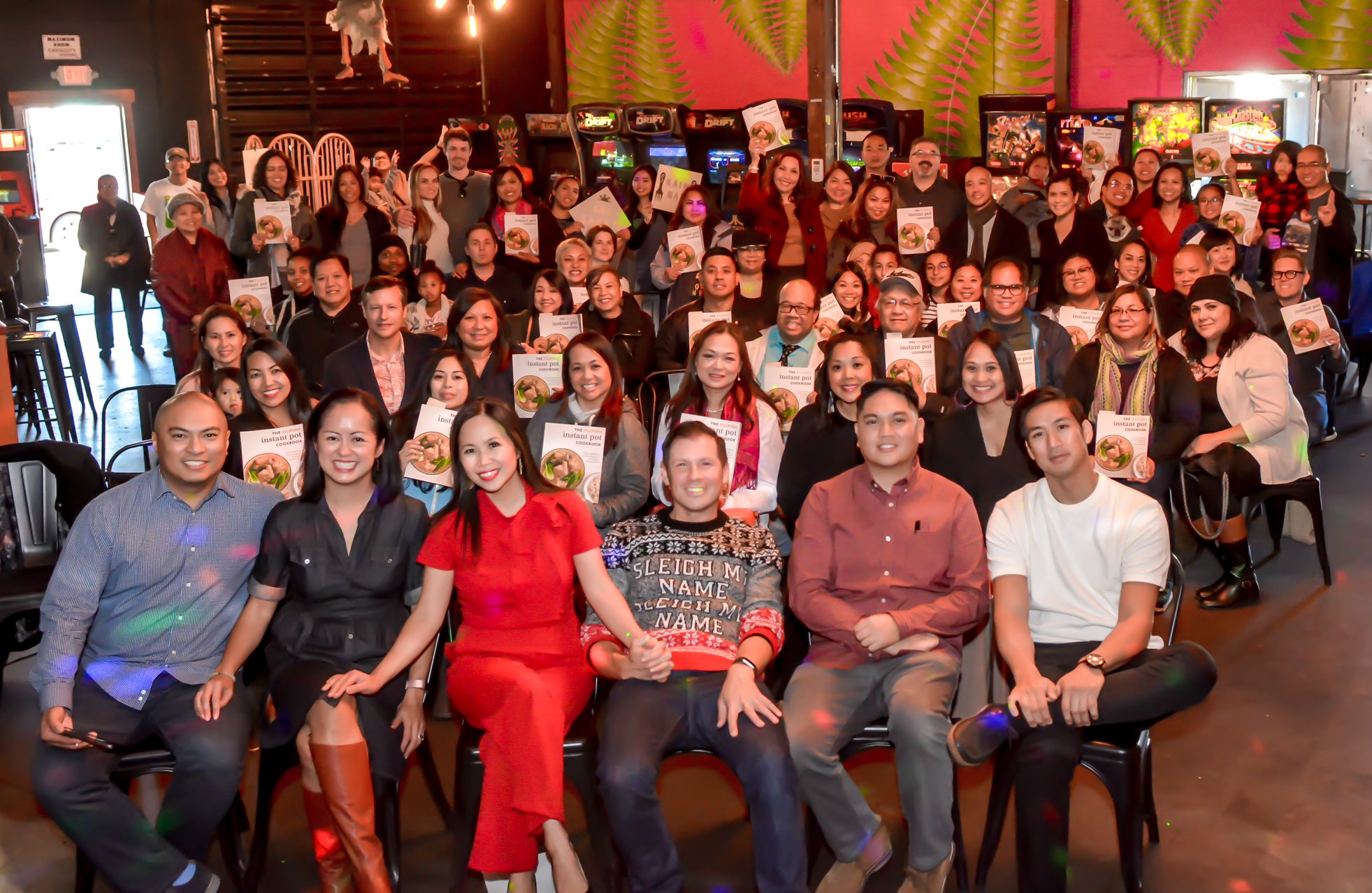 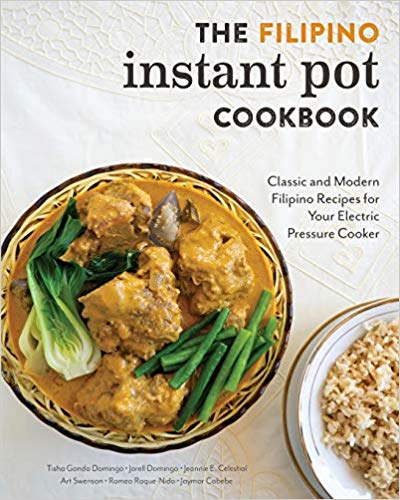