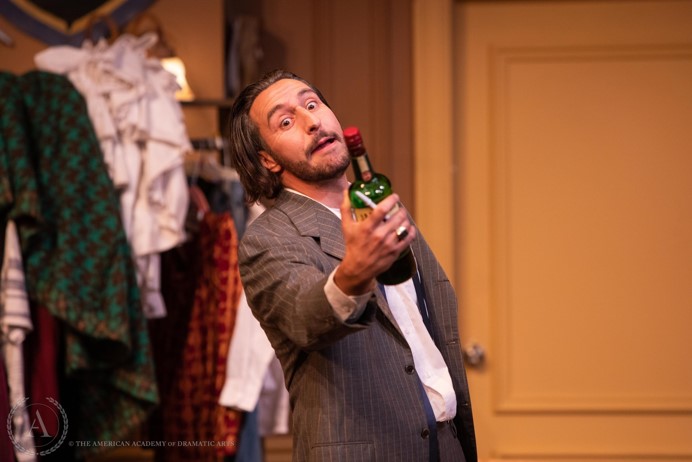 Today we’d like to introduce you to Fabrizio Daniele.

Fabrizio, can you briefly walk us through your story – how you started and how you got to where you are today.
My story started a little different than the average. I never dreamed of becoming an actor, I was never a part of theater in high school or as a kid. In fact, I didn’t even know that acting was something that you can study and make a career out of. At the age of 24, I was working for an Insurance company in Switzerland, my home country. I was making a crazy amount of money and my whole career was planned: study economics at the university and becoming the Chief Executive officer of a company. But everything turned out differently when my former boss told me that I couldn’t keep working if I wanted to continue my education. So I quit. I took my money and went on vacation. I spent a lot of time with myself figuring out what I wanted to do and then out of curiosity I took a test to see what possible jobs could fit me and there I saw it for the first time: actor. I didn’t pay much attention at first, in fact, I was even making fun of if but somehow the thought never left my brain. Is started doing some research and started taking acting classes in Switzerland and it felt good. I felt good. I realized that the way I grew up was the perfect mix for such a career.

Having Italian parent gave me the ability to be very empathic and passionate about things and growing up in Switzerland I became very organized and my life had an amazing structure. I realized how fascinated I was by knowing that acting would give me the possibility to be and do so many different things and I knew from the first performance that the one thing I wanted to do for the rest of my life was telling stories to an audience. In Switzerland a little later I booked my first commercial and after that I knew that I wanted to go for the bigger picture. A very good friend of mine was an actress in Los Angeles and she recommended to enroll into a conservatory program which would give me the opportunity to get to know LA and not being lost in this huge and scary city. So I did exactly that. I started my conservatory training at the American Academy of Dramatic Arts and graduated in May 2019.

We’re always bombarded by how great it is to pursue your passion, etc – but we’ve spoken with enough people to know that it’s not always easy. Overall, would you say things have been easy for you?
I don’t really think it’s fair to say I have struggled when there are people in this world who don’t know if they’ll have food the next day. I don’t really like the word struggle, instead I prefer to call them “challenges”. I don’t think smooth roads actually exist. I think every road, no matter where it starts or it is supposed to end, has its challenges. For me one of the biggest challenges was explaining to my parents why I wanted to give up a secure job, with an amazing salary and a seemingly perfect life, to pursue a career that was full of insecurity, financial instability, and daily confrontation with your own/character’s emotional life.

In the south of Italy, where my parents grew up, there was a lot of insecurity and lack of jobs, basically all the things that an acting career forces you to go through. They moved to Switzerland to eventually find all the benefits of a stable country: a safe environment, abundant work opportunities, and financial freedom. And here I was, ready to throw all that away to go the opposite direction. After a few years, they started to understand how passionate and determined I was to act, and now they’re actually really proud of the courage and dedication in the path I’ve chosen. The other struggle is obviously leaving your family, friends, and the place you call home behind. Switzerland is still my home and it’s beautiful, but I know that I would never want to grow old there. It’s just not the place where art is a realistic and economic business, and the mentality is drastically different.

We’d love to hear more about your work and what you are currently focused on. What else should we know?
Thanks to Switzerland I learned how to run a business and that’s so helpful in an acting career. I see myself as my own business. In fact I have my own business plan, I run my financial situation like a small company and organize my life like a CEO does. Every Friday evening I plan the next week: every rehearsal, every meeting, every call, and every minute I work on something, it’s scheduled in my calendar.

The Swiss standard of professionalism that has been engraved in me is what sets me apart. My definition of professionalism is the mix of determination, passion, and dedication. I personally think that just because there are infinite ways of creating art, it doesn’t give us any right to think that we are allowed to be late or unorganized. Every dream without a plan is just a dream. A dream is not directly achievable, but a plan is! And every step towards your plan brings you closer to your dream. I’m a big believer of one step at a time. To quote Will Smith: “You don’t go out and build a wall, you set every brick as perfectly as you can and you do that every single day and soon you’ll have a wall!” Like my dad who works in construction: I’m a bricklayer. Just not of houses, of my future.

So, what’s next? Any big plans?
In July I’m going to start the American Academy of Dramatic Arts – Company year. So from July to April, I’ll be working of different shows that will take place at the LA Campus of AADA.

As an actor from outside the US, I know that currently my target is going for foreign characters. Luckily, I speak three languages fluently and I can do almost every European accent perfectly. To keep improving and benefitting fully off the way I look, I’m avidly working on new accents/dialects such as middle eastern and Hispanic. 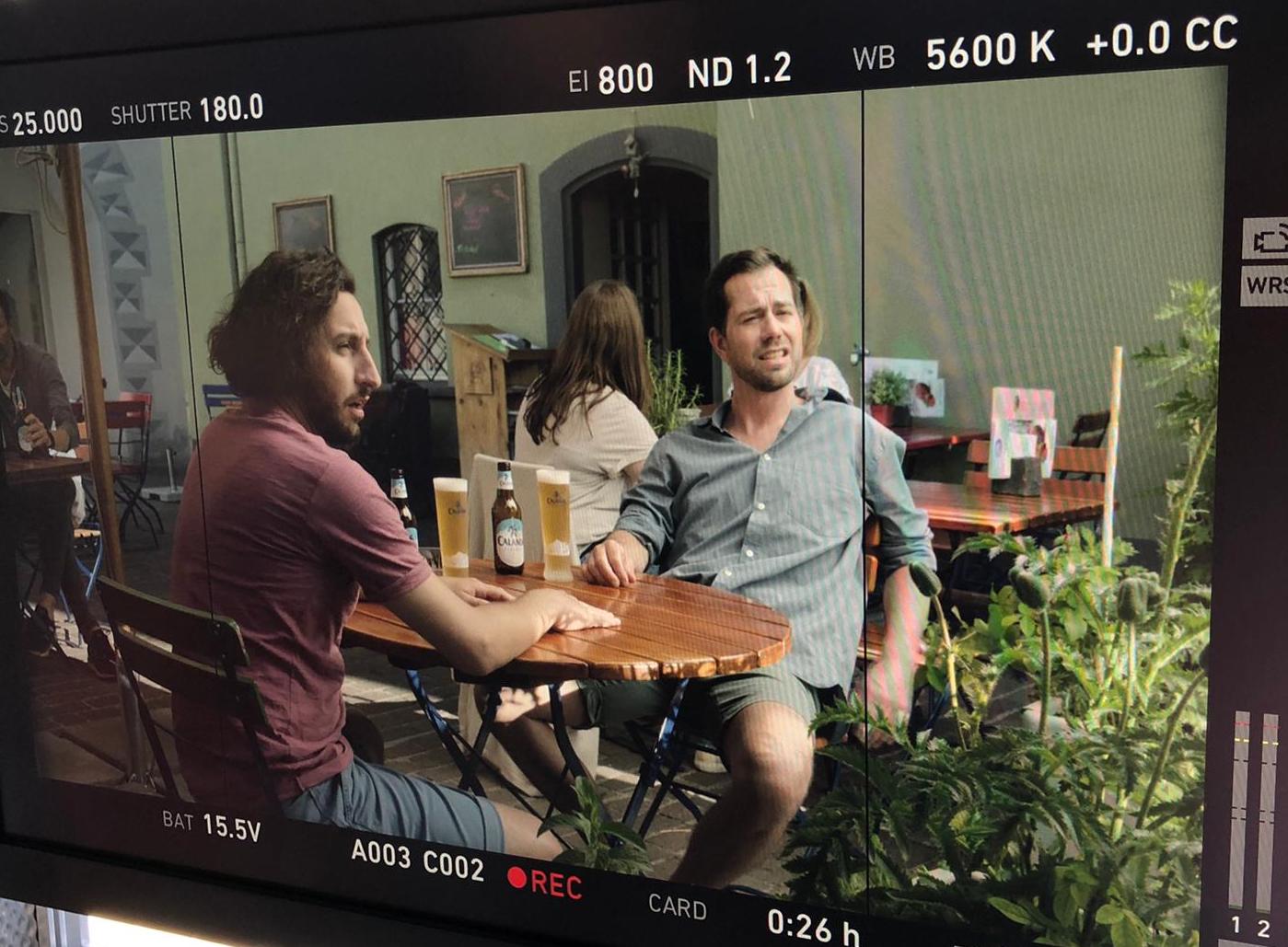 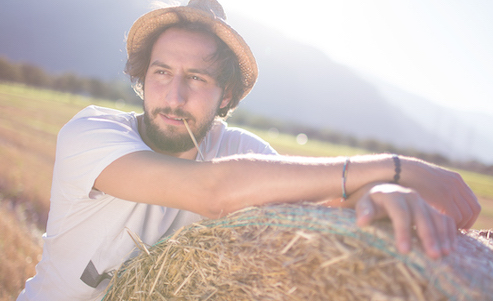 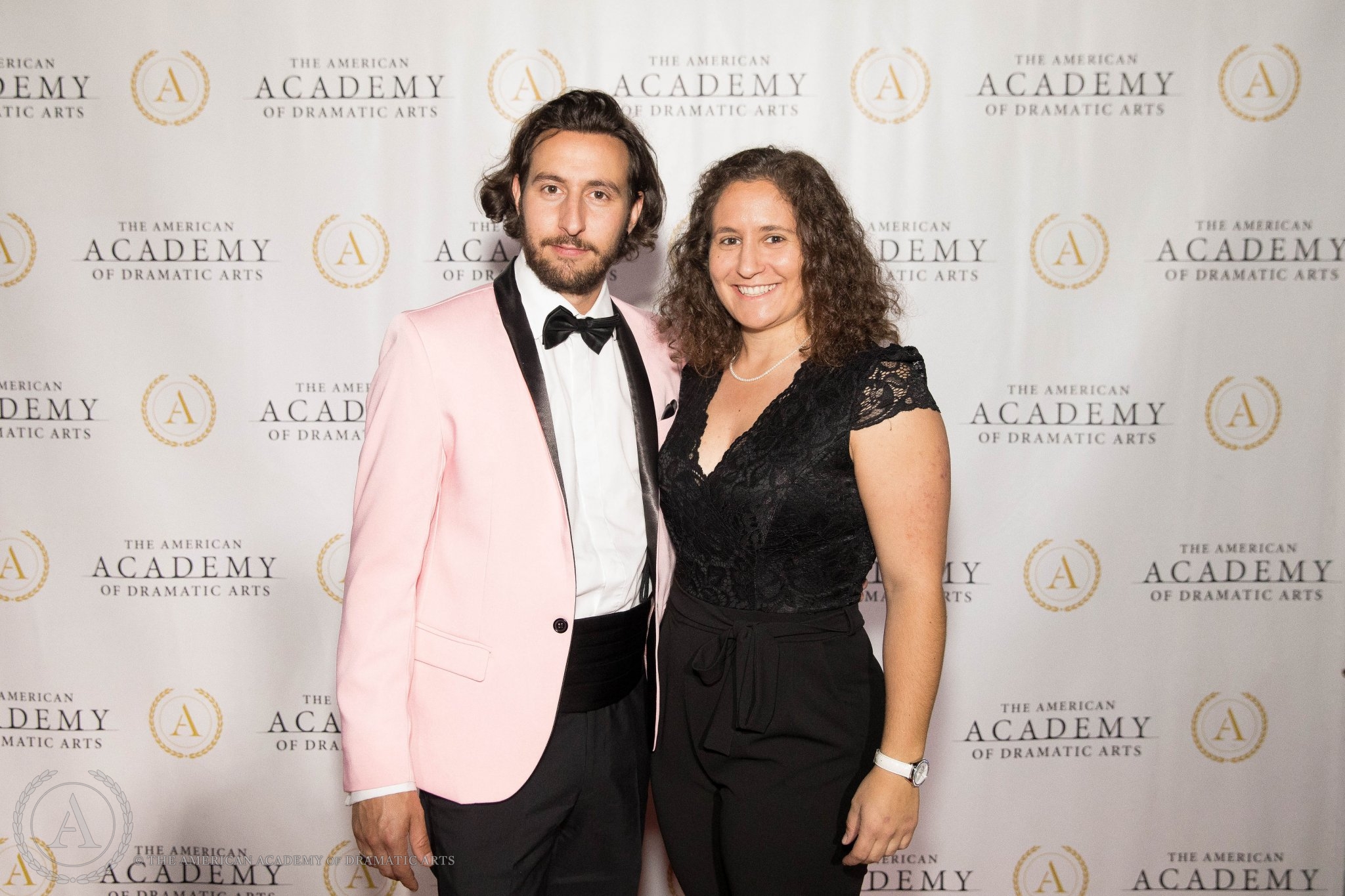 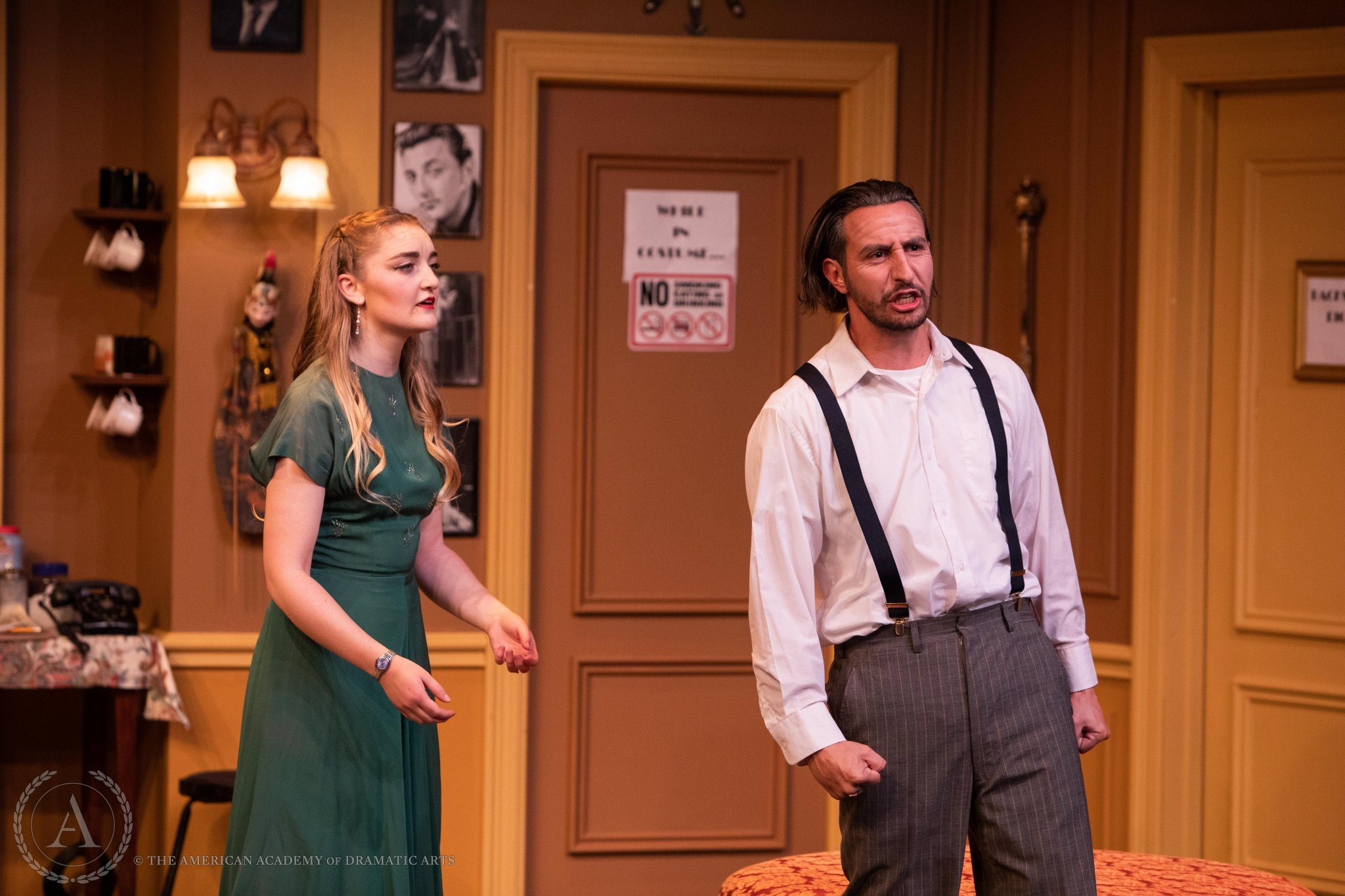 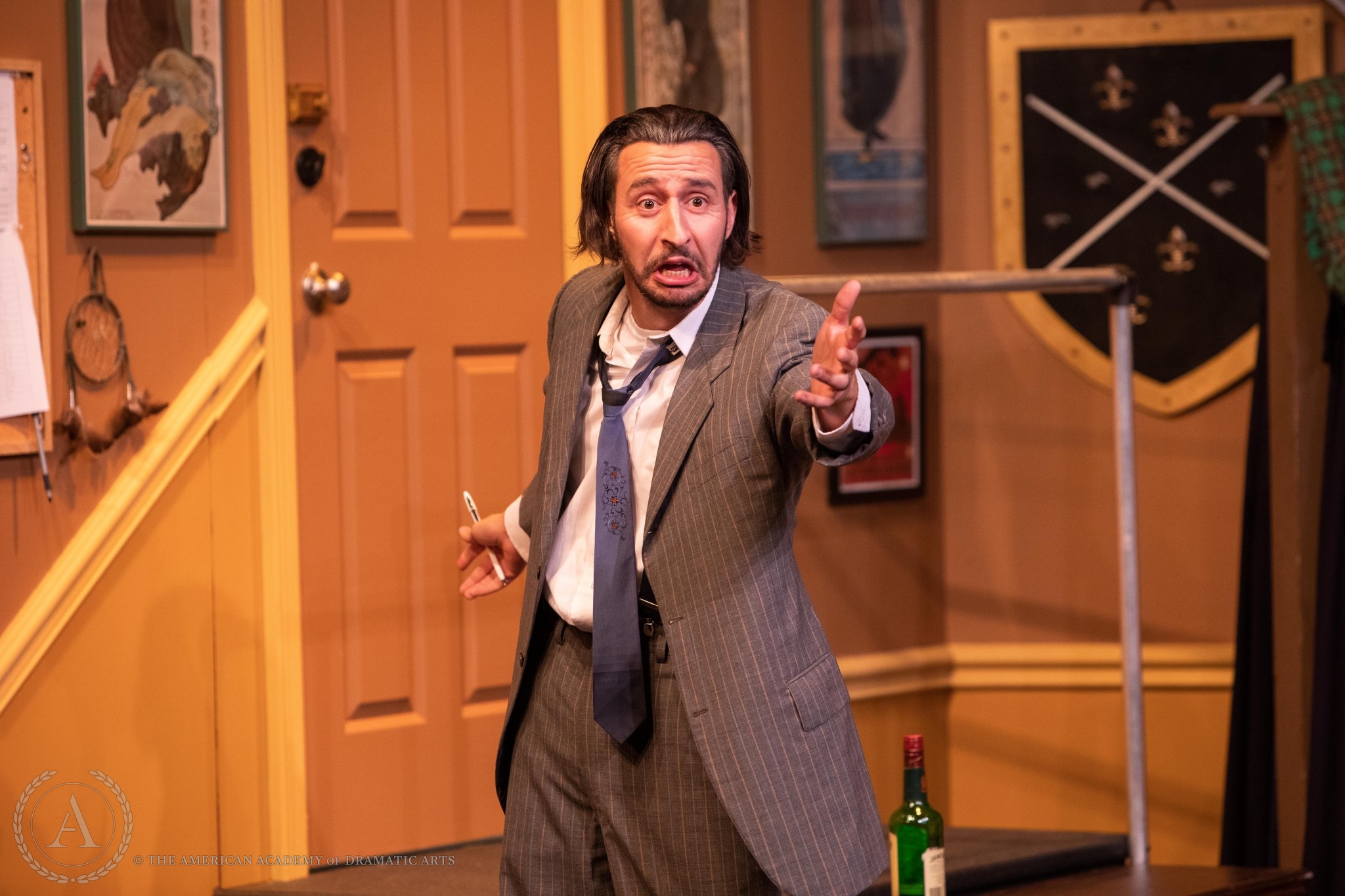