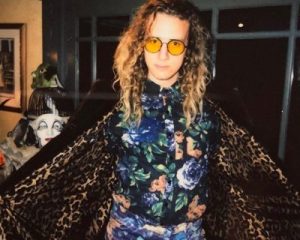 Today we’d like to introduce you to Dylan Meek.

Thanks for sharing your story with us Dylan. So, let’s start at the beginning, and we can move on from there.
I was a child jazz piano prodigy growing up in the small town Wimberley outside of Austin, Texas in the early 2000s. Had a mentor Jimmy Neeley (1927-2015) who was a jazz master from Harlem, NYC (Played with Charlie Parker, Milt Jackson, Gene Krupa, Duke Ellington, Louis Armstrong). Used to go over to Jimmy’s house after high school every day and play in the dark, study music theory, learn to arrange and write music. Got my first paid music gig when I was 14.

Around 17, I graduated high school early. Moved to Boston, MA and lived with my brother (Buck Meek- Lead Guitarist and founding member of “Big Theif”) who was going to Berklee College of music at the time. My brother introduced me to several teachers from Berklee/ The New England Conservatory which ended up leading to a recommendation for me playing piano and organ with the All Male Gospel Choir at Grant AME Church. That gig led to me playing at several other churches in Dorchester and Roxbury.

The first little tour I did was with the Grant AME Choir. At 18, I moved to NYC and started school at the NEW SCHOOL OF JAZZ AND CONTEMPORARY MUSIC. Started going out a lot in NYC, playing with, and meeting a lot of the Jazz Community there. Jazz clubs like Smalls, Fat Cat, Dizzys, Cleopatras Needle, Smoke, Zinc bar, Village Vanguard, Blue note, Lenox Lounge. My childhood mentor Jimmy Neeley Connected me to a lot of his old friends who were still alive, and I would play with them at various jazz clubs around the city.

I ended up meeting Jazz pianist Johnny O’Neal (Art Blakey, Ray Brown Trio, Betty Carter) who mentored me and became one of my best friends in NYC. He introduced me to drummer Greg Hutchinson and bassist Ben Wolfe who played on my first record “And When” (recorded when I was 21). Also, same year recorded with jazz masters: bassist Alex Blake and drummer Victor Jones. I lead a 17 piece Funk band “Wet Velvet” in which I composed and arranged all the music for. Wrote a 45 min funk big band symphonic piece.

When I was 22, I met prolific keyboardist/producer Ray Angry (the Roots, Alicia Keys, Nas, Lauryn Hill, Dr. Dre) who became one of my best friends and ended up inspiring me to get into hip hop, production, and more session work. Ray ended up recommending me to play with Tom Odell on the Tonight Show with Jimmy Fallon. That led to me playing with Post Malone, Quavo, Stanaj, Angelina Jordan, Hailee Steinfeld, recording with Questlove. Some of these gigs started leading me to travel to Los Angeles.

Ray also introduced me to legendary Producer Om’mas Keith who I have worked on some great projects with. Since moving to LA two years ago, I have played with Miguel, Terror Jr, Cailin Russo. This summer I played keyboards for Grace Vanderwaal opening for Imagine Dragons Arena/Stadium Tour for 43 shows. We played several of my dream venues: Madison Square Garden, The Forum, Red Rocks.

I am almost 28 now. Luckily I have been blessed with only having music as a job my entire life. I have played thousands of gigs at this point. I want to play, perform, record, and produce for the rest of my life. Presently, I am working on my next album which I am singing on and am really excited to drop. The album is going to be Neo Soul: D’Angelo meets Jack Johnson Vibe.

Also, I have been putting on a lot of shows with my right-hand man Adam Carneol. Adam is putting on and producing “The Burgundy” pop up events at beautiful homes, storefronts, and event spaces. Adam is a great event producer, and I have been joining forces with him and playing at many of these events. Right now, I have a residency and am playing every Sunday Night at Stanley’s Wet Goods 9620 Venice Blvd.

Great, so let’s dig a little deeper into the story – has it been an easy path overall and if not, what were the challenges you’ve had to overcome?
The music life is not always smooth. It is an ocean. Waves moving up and down. Some months are great. Some not so great. Being self-employed and an artist takes a lot of organization, endurance, and patience. There have been times I have thought about getting a “real” or stable job. However, the harder life gets the harder I work. I can be stubborn in that way. I have never given up on music. I am very ambitious.

In my opinion, one of the biggest struggles in music or being a professional musician/artist is your own mind. Self-doubt, undervaluing yourself, unwillingness to get better. Having too big of an ego and letting it get in the way of great opportunities or relationships. Having not enough of an ego. Another struggle in the life of a musician is maintaining a romantic relationship. In my personal experience: Time away from someone often puts stress on the relationship.

Also, most people (especially non-musicians/artists) don’t understand what the life of a self-employed musician is like… Often people don’t believe in yourself as much as you do. A lot of non-musicians/non-artists look at art or music just as fun and don’t understand the monetary value of how art/music/dance heals, inspires, and makes the world a better place. In my opinion Music or any form of Art is essential for life on earth.

We’d love to hear more about what you do.
I specialize in Jazz Piano. I Sing. I produce music. I play the guitar. I am a songwriter. I am an entertainer. I play and write in other musical styles: blues, rock, soul, R and b, Folk, Classical, Pop, Funk.

What sets me apart from others is I am an eccentric jazz musician from Harlem in the 1940s who lives in 2018 and is absorbing all the music that has been written since the 40s up till now and has access to modern technology and using all of these tools to make music in present-day 2018.

Do you look back particularly fondly on any memories from childhood?
My favorite memory from childhood is a hard question… I have so many…
-Jumping in this fresh water spring called jacobs well five minutes walk from my house every day.
-Falling in love with my first love when I was just a kid and adventuring through the Texas hill country as if there were no troubles in the entire world…
-Sitting With my musical mentor Jimmy Neeley and listening to all of his 1st hand stories about the times he was with Billy Holiday, Chuck Berry, Oscar Peterson.
-Or playing jazz four-hand piano with my mentor in the dark while the sun shined through the music room red curtain windows of his house…
-Making glass sculptures with my Father.
-Eating chocolate petit fours with my mamma.
-Walking with my grandfather and hearing his 1st hand stories of his relationship with lightning Hopkins… or his knowledge of ancient cultures
-Or listening to stories from my grandmother about how she was a renegade kid that didn’t take no nonsense from anyone and was a tomboy as a young lady… 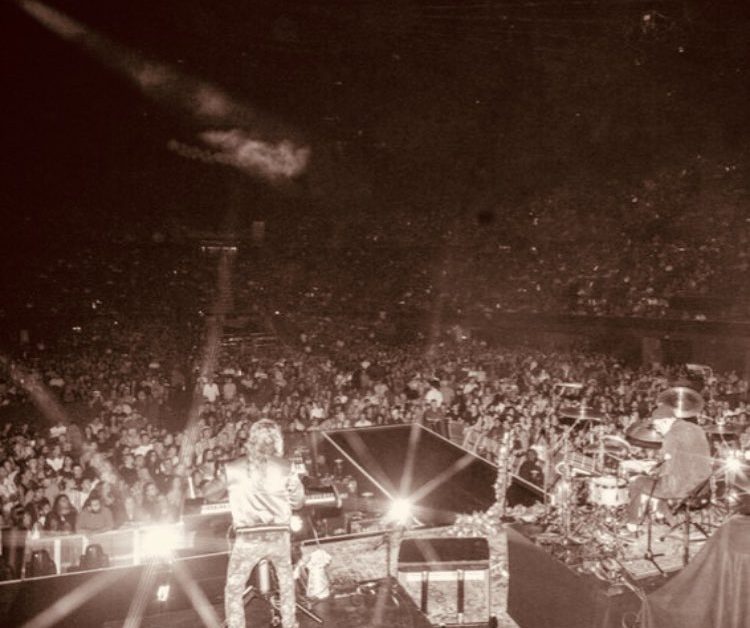 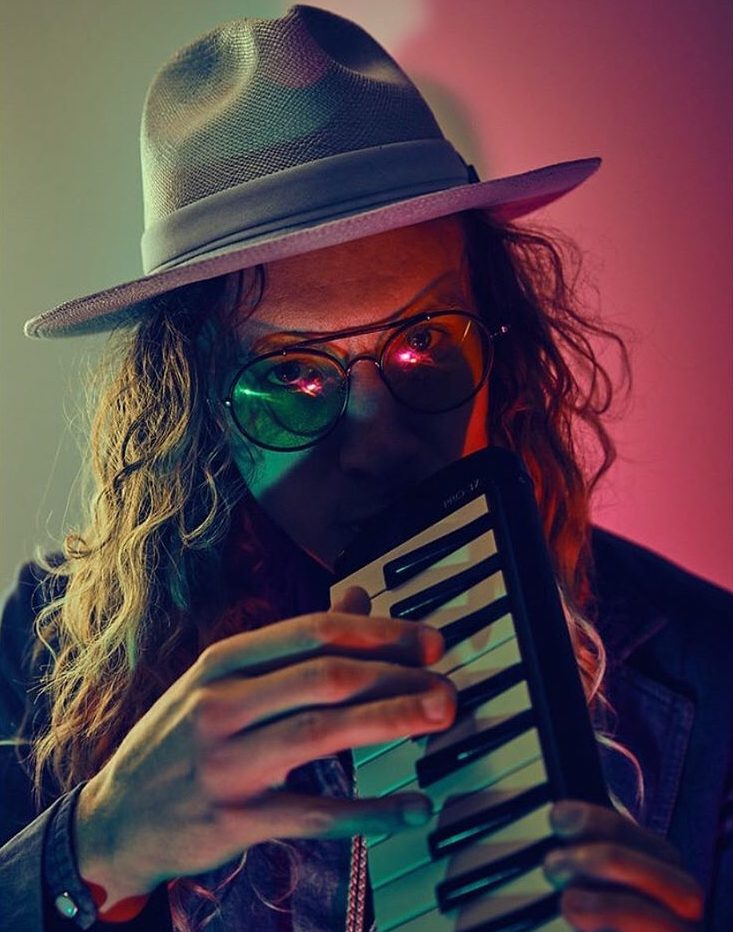 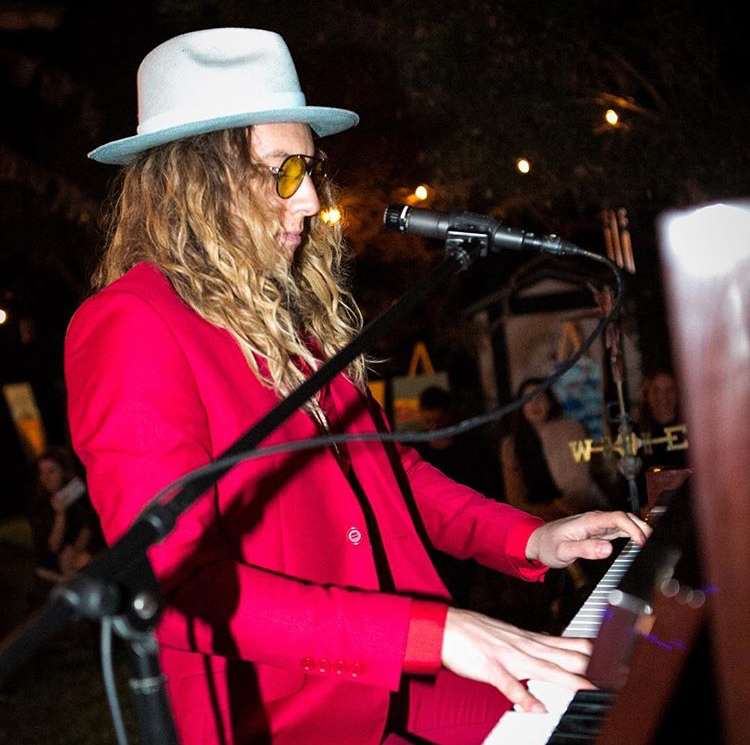 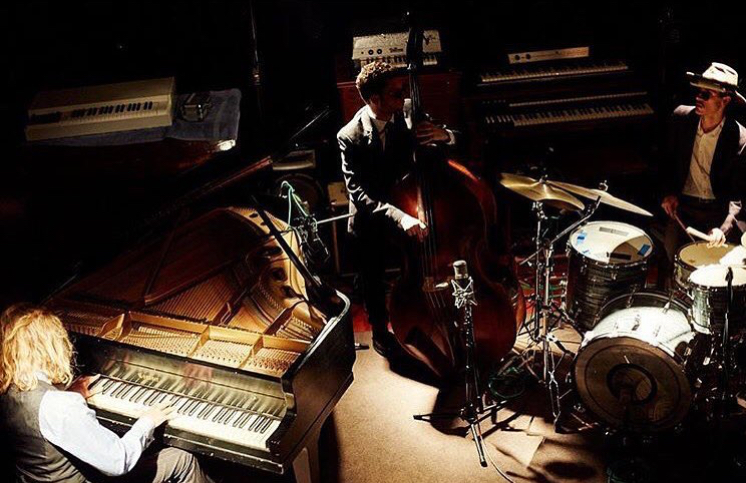 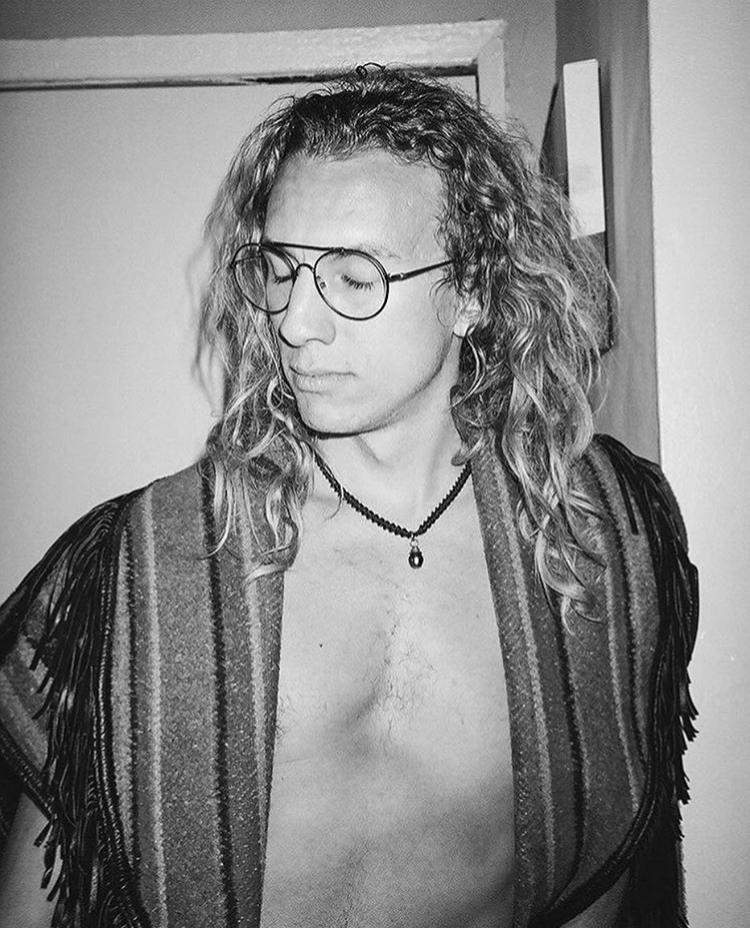 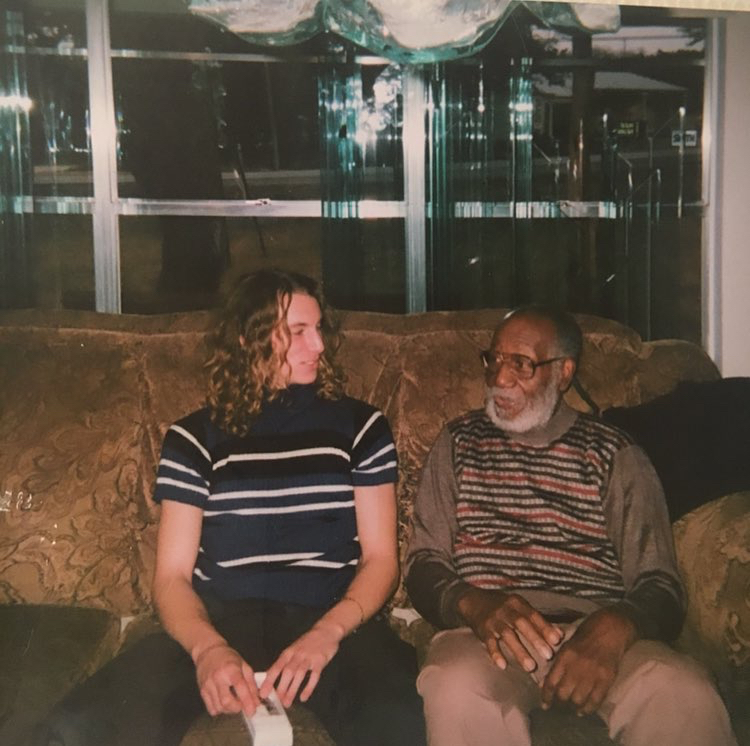 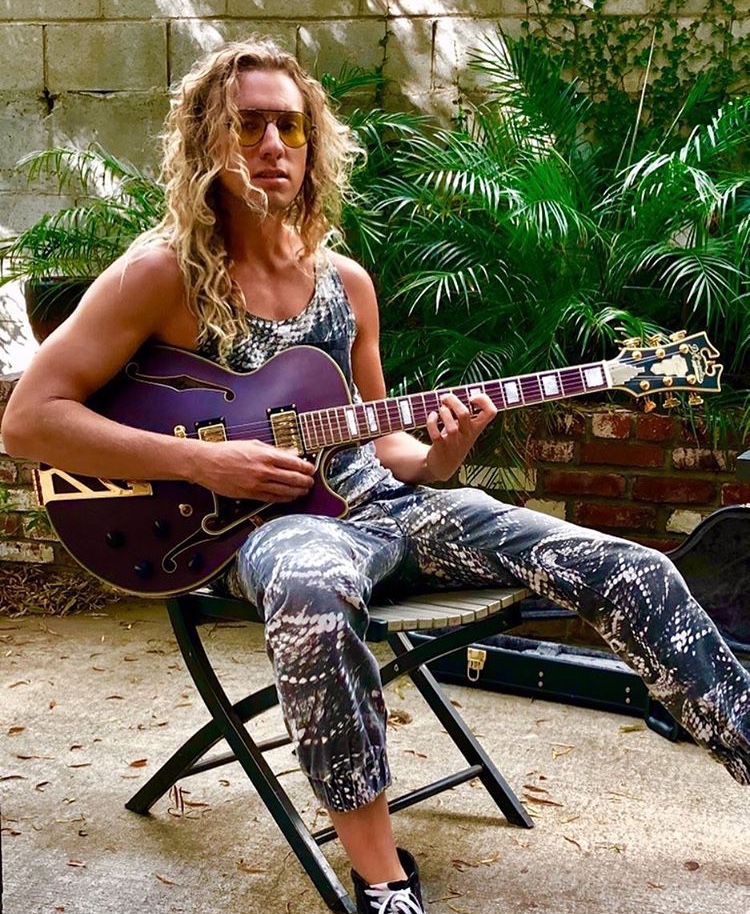 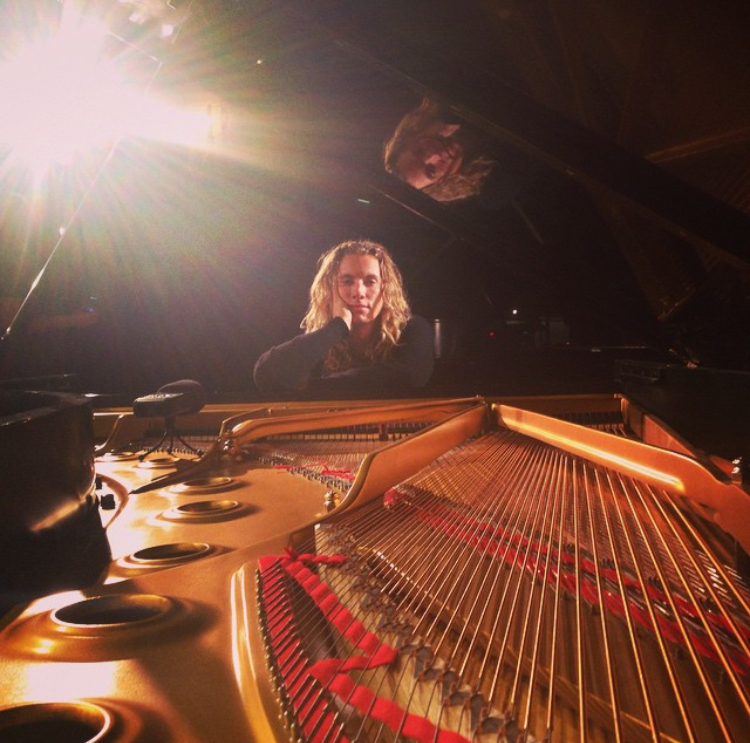