Meet Donna Russo of Donna On The Go in The Valley 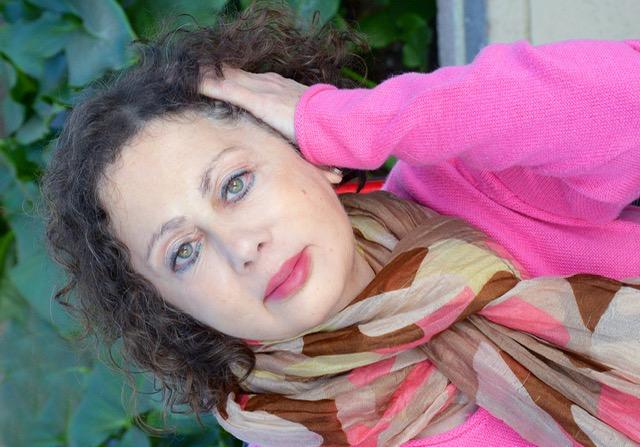 Today we’d like to introduce you to Donna Russo.

Donna, let’s start with your story. We’d love to hear how you got started and how the journey has been so far.
I started dancing at age ten with Ballet, Tap and Tumbling. I added some Drama classes as well. I had an interest in dance at about age 6 and started watching Ballet and doing poses from a Ballet book. I studied dance through Elementery school and High School, where I became really serious. I had to fit in my dance classes after school and weekends. Attending Dance classes and finishing homework wasn’t easy.

Ballet was my first love and I wanted to join a Ballet company but, was always told I was too short.

I am an adult woman with Turner Syndrome, a condition that is found only in females and it results in the missing or incomplete X chromosome. Many women with Turner are short in stature and can also have heart and kidney problems, each Turner case is different, I have the short stature.

I have been an Ambassador for Abilities Expo for four years, a huge convention held in many cities that displays several vendors promoting the latest technologies and resources for People with Disabilities. The convention has entertainment and workshops throughout the duration of the weekend. Tam Warner choreographed dances, and we had the opportunity to perform at the Expo and engage the audiences in Dance participation. I was honored to Dance there with Tara Nicole Hughes, Kalleia Sheerin and Scott Hislop, Thank you to David Korse, Lew Shomer and the entire Abilities Expo team! We performed Tam’s pieces in Los Angeles and San Jose, I Won’t Give up and Fall For You were performed at the Expo. Fall For You is Featured in the episode DANCE in season 2 of Donna On The Go. Peggy and I have had a booth for Donna On The Go at the Expo for the last 2 years, and enjoy talking to many of the attendees and finding how much they can relate to our episodes and seeing themselves on the TV.

I have a BA in Dance from Mercyhurst University and kept up with demanding Dance studies and rehearsals.

I taught Dance and did many film and television roles and music videos as dolls, elves, aliens. I was on the Television shows Passions, Power Rangers and the Tonight Show.

I played Alvin in the touring company of Alvin and the Chipmunks and the Magic Camera, Merry the Hobbit in Lord Of The Rings and an Oompa Loompa in the stage show for the 30th Anniversary celebration of Willy Wonka.

I was in the movies Inhabited, Austin Powers and Epic Movie.

It seems like Choreographers and Directors had to figure out what to do with me because I’m different. I remember in the Ballet Firebird they decided to have me be the baby monster that gets lifted and twirled overhead. In one Dance piece I had a comedy bit where I came rushing out late and joined the rest of the Dancers. It takes a creative mind to work with unique differences. I always believed there was some place for me in the Dance and Entertainment industry!

More recently, I met Peggy Lane, the Executive Producer and Creator Of Donna On The Go, a series on YouTube. Peggy and I met because I was looking for an apartment that was accessible and she was looking for a roommate. I needed first floor and underground parking and a private room and elevator were essential. We found out we knew a lot of the same people in the industry.

Peggy had the idea to film a Target run, and what a challenge it was for me to use the electric cart and reach items. We both looked at the footage and she decided this could be a show! She made a show out of nothing and we just finished season 3. The show has been submitted for Emmy® consideration in 2017, 2018 and 2019.

Has it been a smooth road?
This hasn’t been a smooth road. I started out with a passion to be a Ballet Dancer with a company but was told I was too short. I was crushed when I went to an audition for the Pennsylvania Ballet and they wouldn’t even look at me. The only consolation was when I came home my pregnant dog had her puppies! I decided that day I was going to find a way to Dance. Performing was part of me and I was going to Dance and Act.

So grateful for all the people that I work with, Peggy Lane for Creating and Executive Producing Donna On The Go, Her 24/7 tireless efforts and work, and Co-Executive Producer Craig Hutchison for his wonderful work and support.  Donna On The Go and Peggy Lane have provided me an outlet to perform and express my creative energy. Thank you so much!!

Did I mention that Peggy Directs, writes, edits and films the episodes! Craig Hutchison and Legendary Stuntman, Vince Deadrick Jr. have also Directed some episodes.

Craig Hutchison is from New Zealand and traveled out here to Direct Episodes GARAGE and JUDGE, and he has a company in New Zealand that works with people with Disabilities.

Vince Deadrick jr directed the episodes REALLy, in season 2, including a runaway wheelchair, and NINJA in Season 3, includes where Donna Reed, played by me, fights off 12 Ninjas without ever leaving my wheelchair. Yes, I did have stunt doubles for those episodes. Check it out on YouTube! The stunt doubles and stunt people are amazing! Everyone of them is so talented!

There were so many times that were challenging and I will mention them here. In season 2, we did an episode called FALL where I had to show my vulnerable side and convey to the audience how humiliating and upsetting it is to have a fear of falling. I hate to ask for any assistance and it is humiliating to fall in front of anyone. I guess this is true for anyone who has an accident, falls or needs assistance. It can happen to anyone of us at anytime. Life can change at any moment for anyone of us. We need to be grateful.

There is also an episode called DANCE, choreographed byTam Warner, where I lost my hearing just before taping! I didn’t hear much of anything and Peggy had to text me what Tam wanted to communicate. The music was at the highest volume level. Peggy had a 102 temp that day and was very sick!!

During the taping of episodes MESSAGE and JUDGE Peggy had pneumonia and just really pushed herself she almost landed in the hospital….so yes there are challenges! Physical and financial challenges as well as mental. Donna On The Go was made on a micro budget.

So, as you know, we’re impressed with Donna On The Go – tell our readers more, for example what you’re most proud of and what sets you apart from others.
Donna On The Go is a Web Series designed to raise awareness for people with challenges. While many venues have made progress having ramps, and scooters, etc., there are still many obstacles to overcome.

Donna On The Go is a light-hearted look at some of them. It shows the challenges people with disabilities face in an able-bodied world. We definitely have a poignant message!

You can find us at Donna On The Go YouTube
https://www.youtube.com/channel/UCHpQYW0ndh-bkyWOOYhrIdw

And our own Web Site www.donna-On-The-Go.com

Check us out on YouTube and Subscribe to our channel! The episodes are short, funny and free!

Peggy Lane and I are available for Public Speaking. You can contact us at PeggyLaneOnTheGo@gmail.com.

Let’s touch on your thoughts about our city – what do you like the most and least?
I love that there are so many choices for Dance and Acting workshops and classes. Being a Dancer and Actor you need to take from several teachers so you can keep challenging yourself and step up to the next level. The talent out there is unbelievable!

It takes a while to find those who support you and build a tribe. Once you find people, you trust you can create with them.

Being disabled and living in Los Angeles brings on the challenges of accessibility, I also feel like it’s twice as hard to prove yourself, you really have to convince them you can do the work! 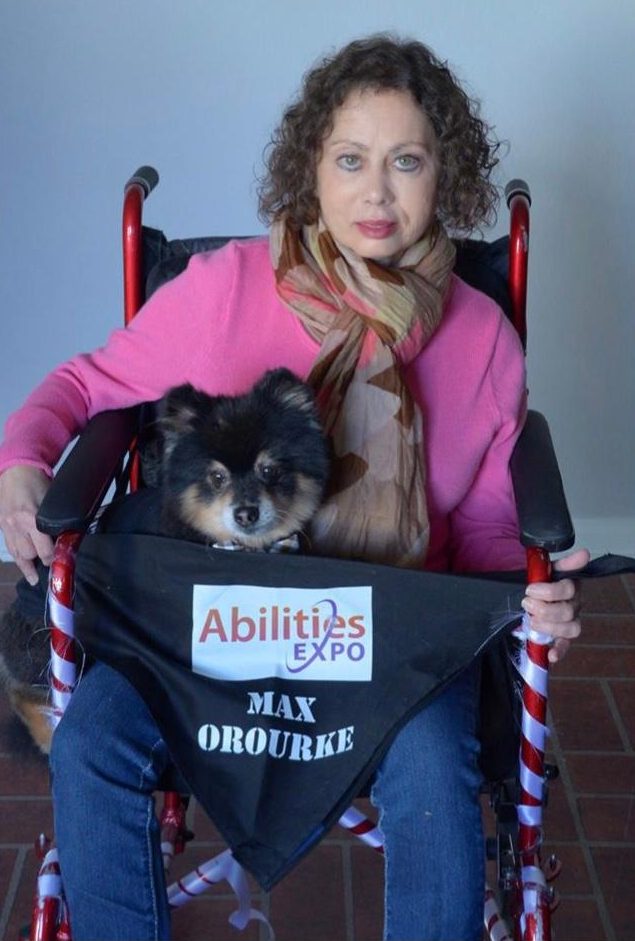 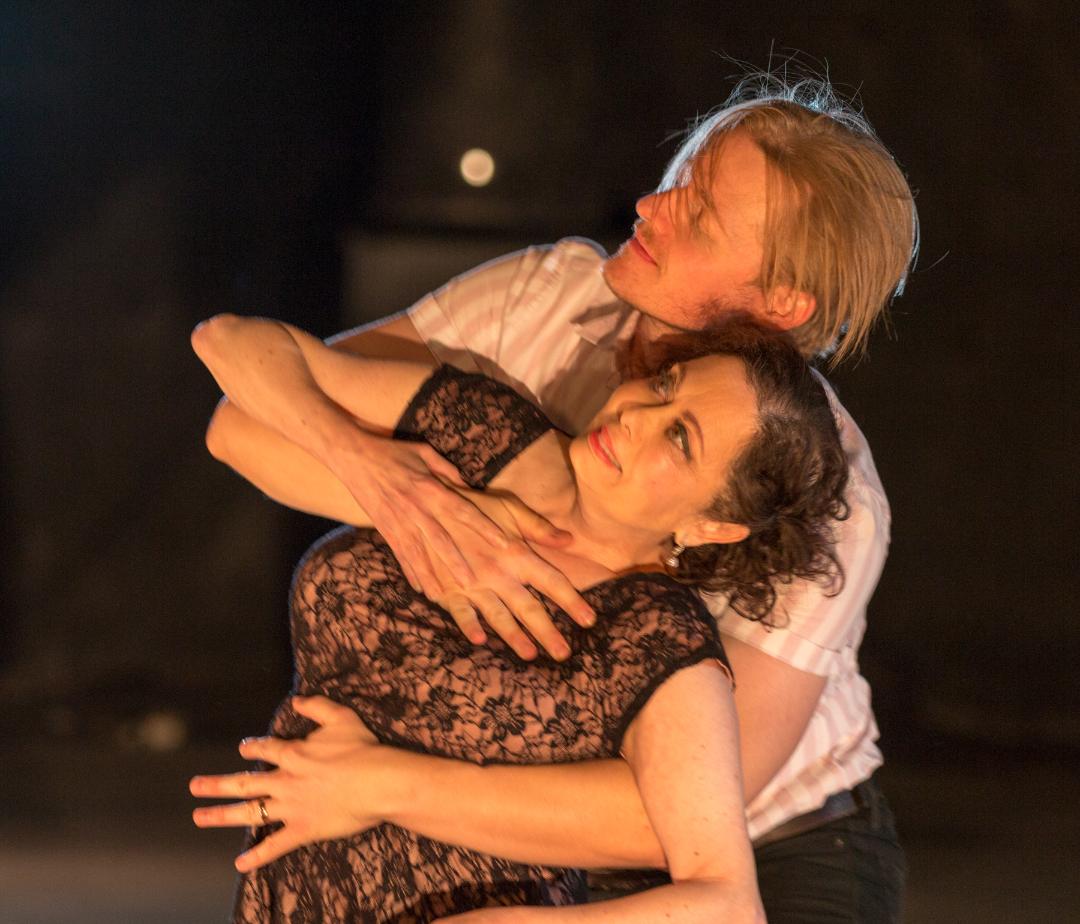 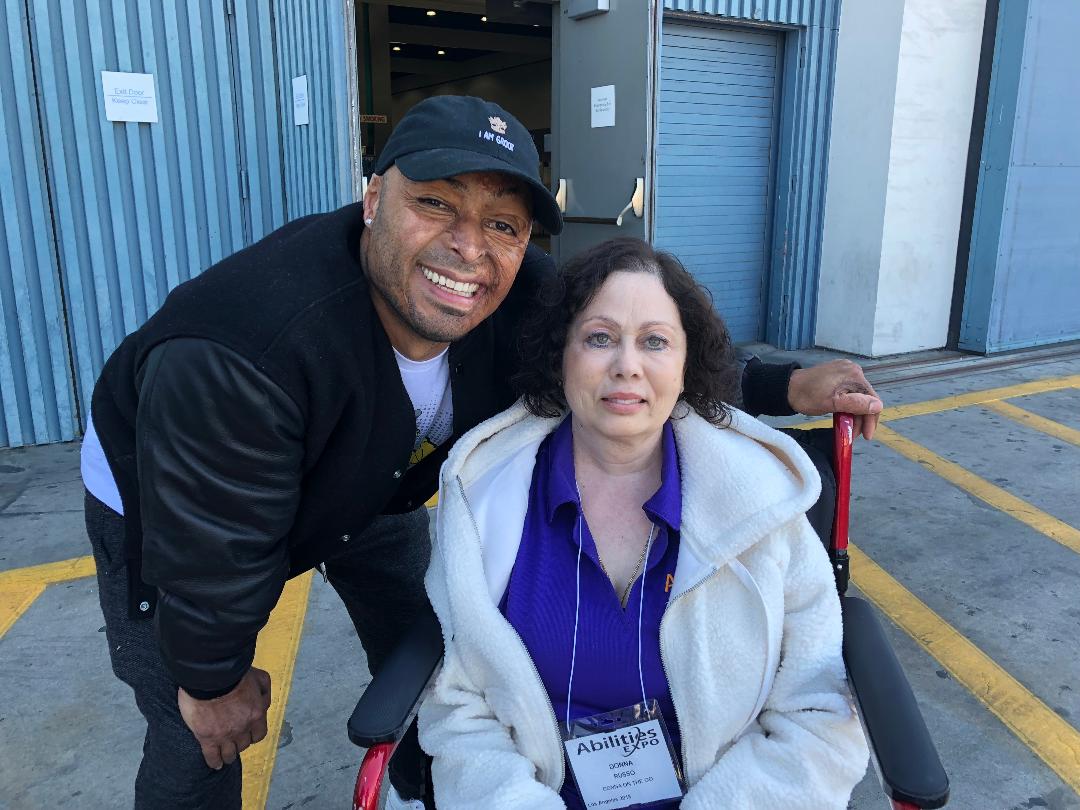 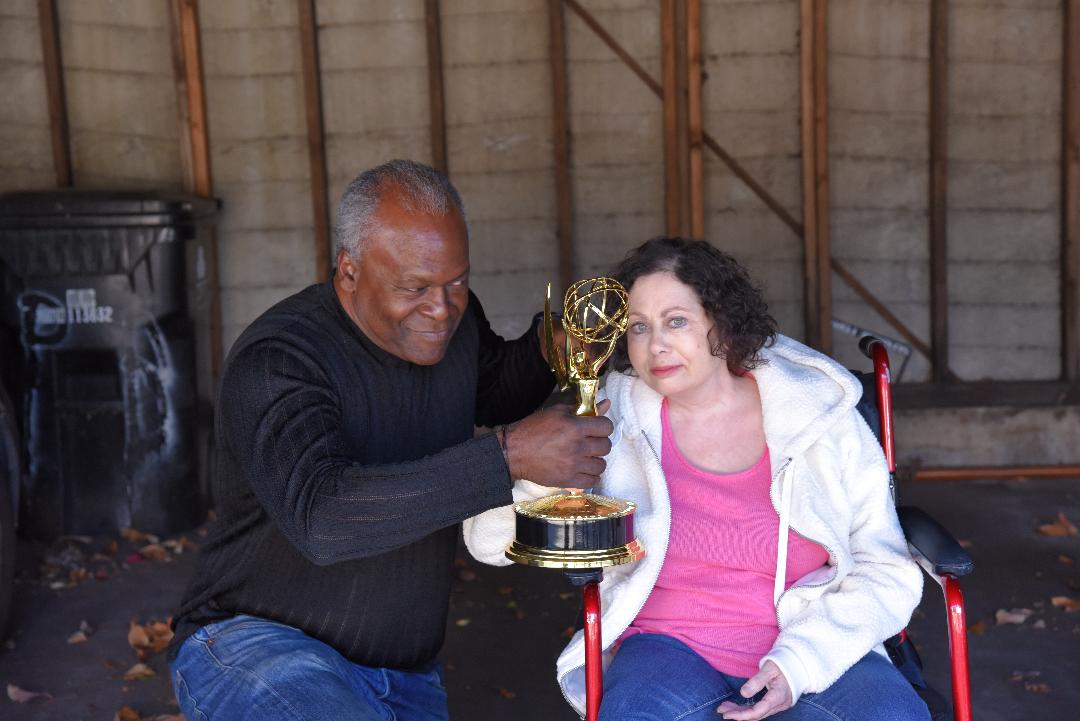 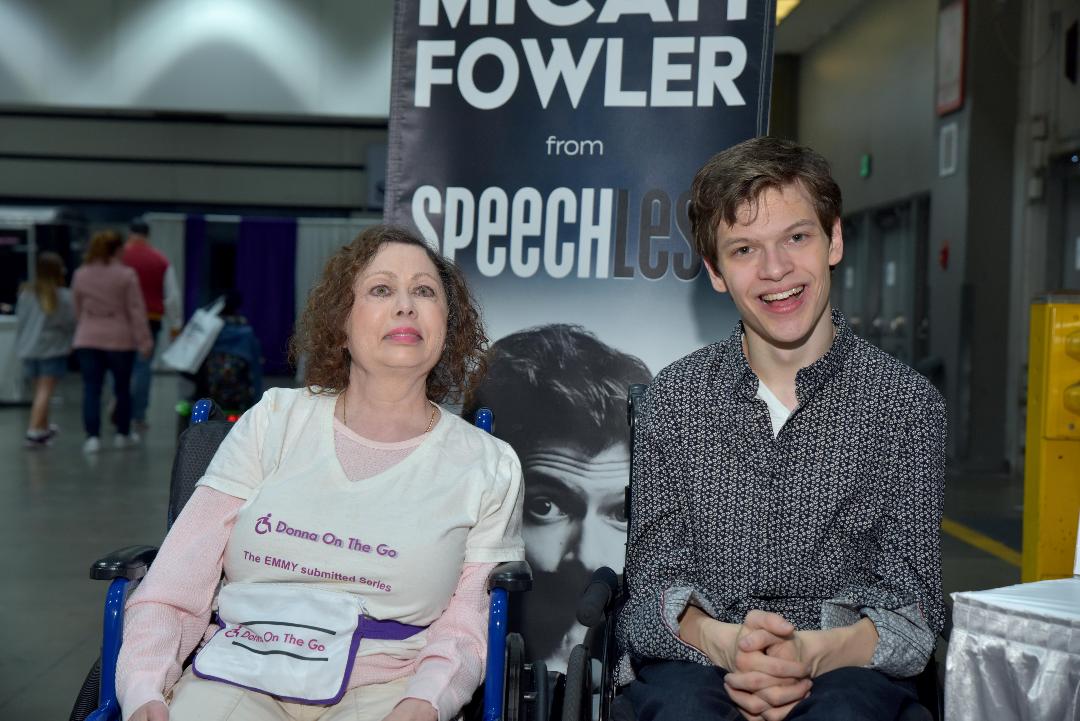 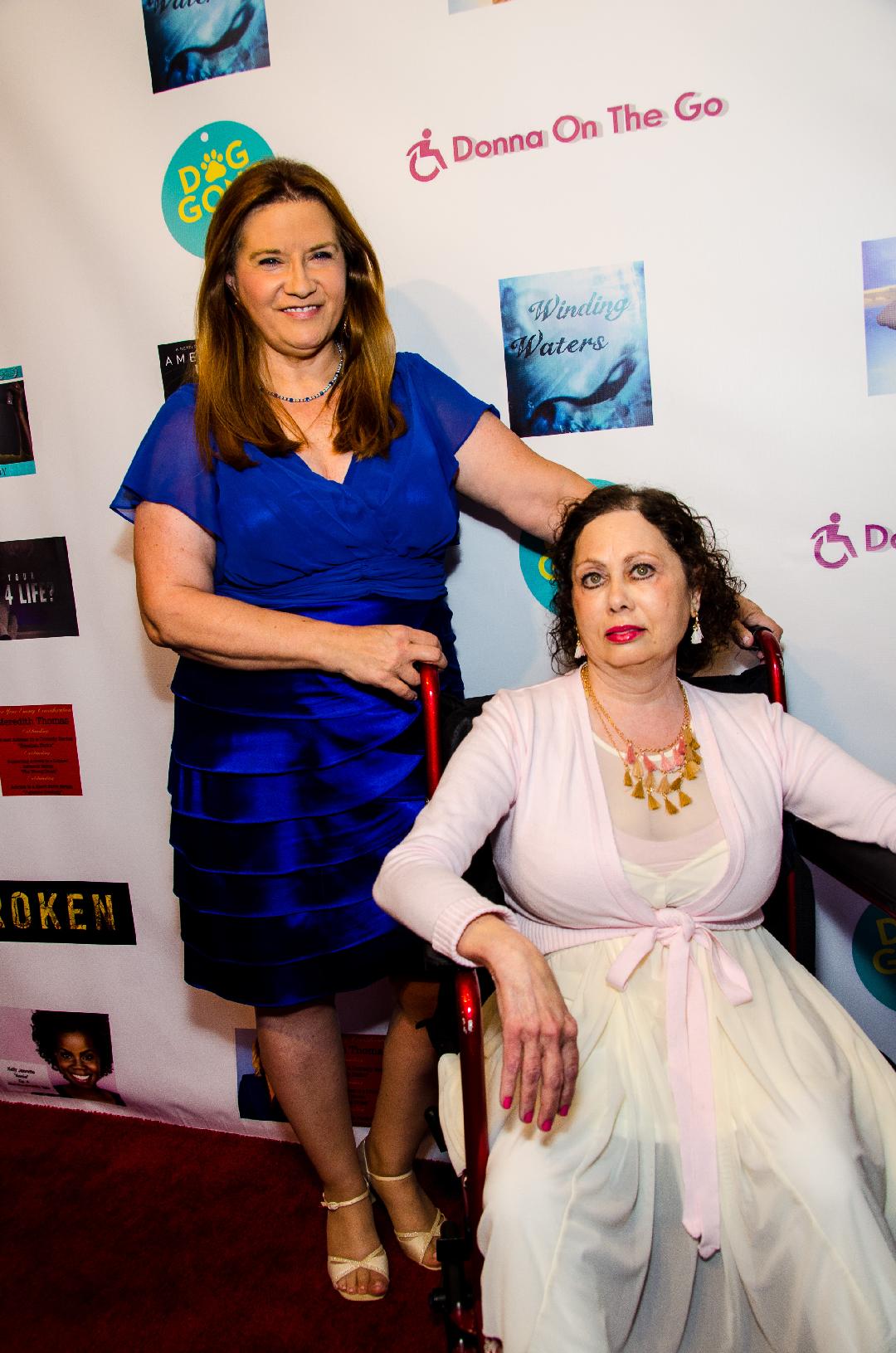 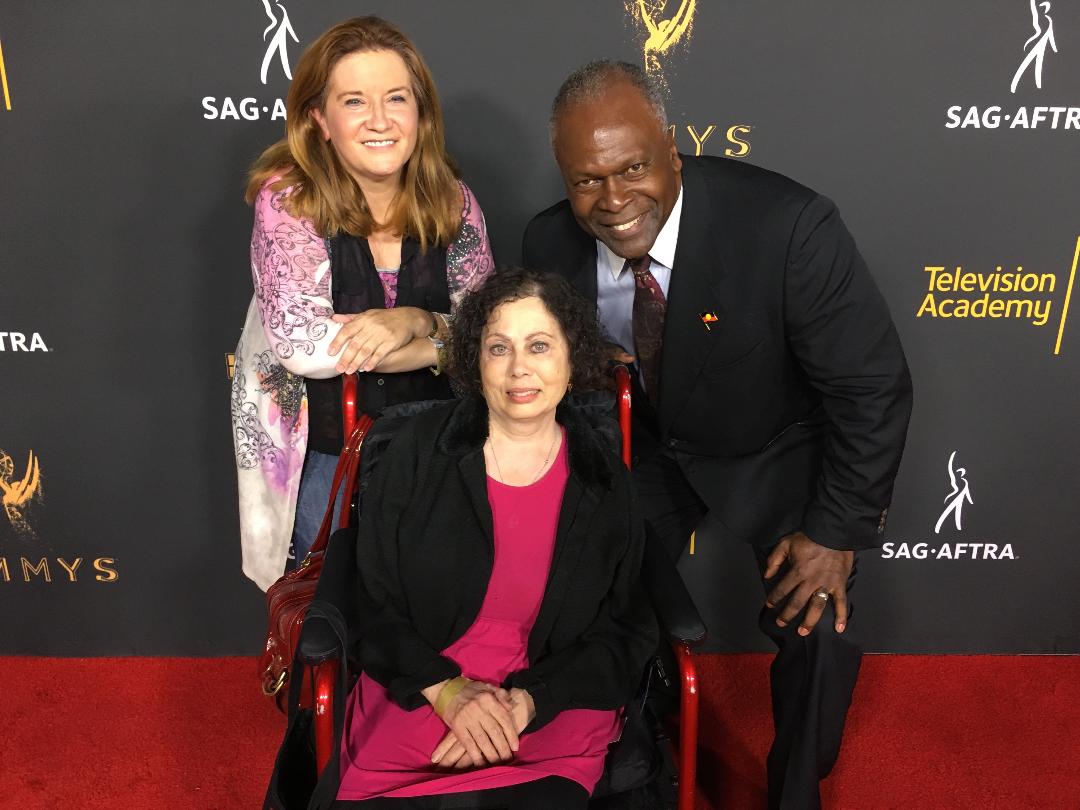