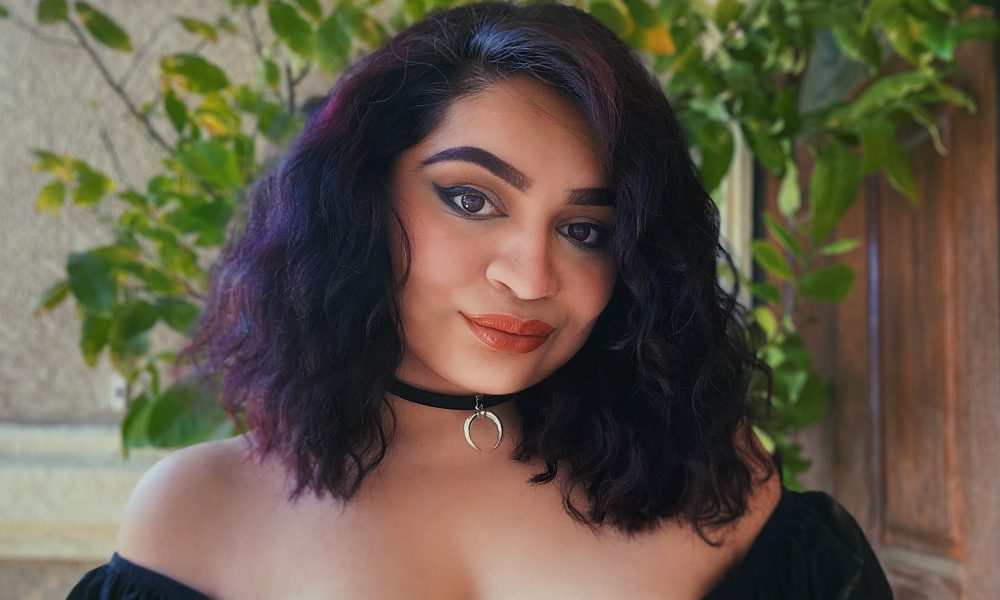 Today we’d like to introduce you to Dilcia Guzman.

Thanks for sharing your story with us Dilcia. So, let’s start at the beginning and we can move on from there.
I guess I want to start with my roots. I’m first-generation American with parents from Central America, Honduras and El Salvador specifically. They came around the late 80s/early 90s for economic opportunities; My father lived in the Valley for a few years before moving to the High Desert, where I’m from. He met my mom up there, and they settled in the area, raising their family and growing their own business. Growing up, there was never a dull day, thanks to my aunt and uncle, who helped raise me and my siblings. When my parents were out working, they would watch over us, and I remember rewatching all of my favorite Disney movies on VHS. In a predominately Spanish-speaking household, these movies were my first introduction to the English language, and not only did I start speaking English, I started to sing in English as well. I would always play dress up as my favorite characters, mainly the Disney princesses, and play pretend with my Aunt as she encouraged my creative side.

I remember asking my mom at five years old if I could enroll in ballet classes; we didn’t have the money to fund such a hobby, and in full honesty, my mother was doubtful I’d stick to it in the future. My aunt, however, did what she could; she bought me a pink leotard, ballet flats, and a dance instruction video to mimic the moves, and lemme tell you, that was more than enough for me. I had worn out the tape from the many times I followed it, but I was still hungry for more. I continued exploring my creative side in all forms despite not having any formal training; dancing, singing, painting, even costume designing, it was all encouraged thanks to my Aunt. She knew few words in English, but she always knew what I wanted, despite the language barrier.

We’re always bombarded by how great it is to pursue your passion, etc – but we’ve spoken with enough people to know that it’s not always easy. Overall, would you say things have been easy for you?
There were many bumps along the way. My family didn’t have a lot of money back then, so any extracurricular activities or hobbies I wanted to do were out of the window. I ended up having to teach myself a lot of skills, but thanks to early YouTube, it made the process a whole lot easier. I would watch my many videos on how to play piano and practice those skills on one of the out of tune pianos at church. I remember asking my mom if I could join the church choir, but I was never given the opportunity until high school. I was lucky enough to join choir in high school, and eventually, my mom helped me further my craft with private voice lessons from Dr. Tamara Craver. She helped introduced me to technique, singing with a healthy mix, and transformed my vocal abilities. Without her, I wouldn’t have the foundations for singing I have today.

I was also bullied growing up, and for a lot of reasons; kids would pick on me for sitting at recess and drawing or reading instead of running around with them. I just wanted to be in my own world, creating whatever my heart desired, but my peers would try and snap me out of it and force me back to their warped reality. Back then, the high desert was far more whitewashed, so a lot of the kids would call me Mexican, even though I wasn’t; every time I made the attempt to correct them on it, they continued the harassment with slurs like wetback, beaner, etc. None of the adults at school ever did a thing, they just ignored it because they were the same people that made microaggressions on me to become more “American.” I was considered a troubled child whenever I spoke out, so I just learned to be quiet and obey orders to avoid being a target. I started hiding my interests as a result of it, but once I got to high school, I felt comfortable enough to express myself again, only this time, I had people doubt me for wanting to go into the entertainment industry; my own choir teacher doubted my skills outside of high school; she deliberately avoided helping me record my auditions for college in order to keep me down. It wasn’t until I told Dr. Craver about these incidents that she helped me worked on my cuts and helped me get ready for my remaining in person auditions. Thanks to her, I was able to get into my top 5 schools, including AMDA, and the rest is history.

Another struggle was the language barrier; I picked up English fairly fast, but I had a slight accent. A lot of my teachers early on prohibited me from speaking a word of Spanish at school in order to help me learn English faster, but in the end, I ended up losing my ability to communicate with my family, specifically my aunt. Most of our conversations were in Spanglish; I could understand her, and she could understand me, but it became harder to tell her what was bothering me because I didn’t know those words anymore. I retaught myself Spanish once I got to high school, but I still don’t feel fluent enough; sure, I can translate for others at work, but to communicate my emotions into a song, that’s different. Given the current political climate and the evolution of representation in the Entertainment Industry, I’ve been at a crossroads with how I want to market myself. I’ve had countless people tell me to use my Hispanic heritage to my advantage to book more roles, but it always seems to fall into playing a stereotype; the same accent I was forced to abandon as a child is being asked by casting directors for a role, and it never sat right with me. I didn’t want to make a mockery of my parents by pretending to be someone I’m not, cuz I’m not like them, I never will be. I am me, I want to be seen for that. That doesn’t mean I won’t ever portray Spanish-speaking roles, but when I do, I want them to be reflective of my people for who they are.

We’d love to hear more about your work and what you are currently focused on. What else should we know?
I am a singer-songwriter, actor, and freelance makeup artist. I’m currently working on my own material, but I have written songs for others upon request. As an actor, I’ve been working mainly in commercial work, my most highlighted credit being an extra in “A Summoning…”, the My Chemical Romance North American Tour promo video, directed by Kristian Mercado Figueroa. It was honestly a dream come true to work with one of my favorite all-time bands, but also work with such a diverse cast and crew.

I’ve also done regional theater work in the surrounding areas, such as the Inland Empire and the High Desert, including a production of “Streetcar Named Desire,” directed by Heather Collins. I was cast as Blanche DuBois, and it was first time in a lead role. This character taught me so much about backstory, grounding myself, and fighting imposter syndrome. For the longest time, I never felt like I would amount to big things. I knew I wanted to work as an artist, but the voices around me made me feel like I wouldn’t succeed. I felt like I would be stuck as the side character, such as the Mexican woman in “Streetcar,” but Blanche taught me how carry a heavy role with grace and to take care of myself in my lowest points.

During the rehearsal process, I was going through many personal issues, including what felt like a hard goodbye to a friend of mine, and I also had to navigate that last scene between Stanley and Blanche as a sexual assault survivor. But with the support of my cast, my director, and our theatre patrons, I was able to carry the role throughout our entire run and come out stronger than ever before. I do wish I could go back and dive deeper into Blanche just one last time, especially her monologues, but hopefully I get to revisit her with more life experience!

I have been working on my branding, which I would consider to be more contemporary/alternative. I have brightly colored hair, I dress a lot more edgier now as an adult, and I’m not afraid of exhibiting myself as a confident woman, unafraid of vulnerability. I refuse to back down from the fact I’m of Hispanic descent, but I am here for myself as an American.

For the longest time, I felt the need to become what others wanted or expected me to be, and that came from wanting to respect my parent’s wishes as their oldest, but as I got older, lived on my own, and gained more life experience, I learned that I shouldn’t live my life for others. If people back home want to judge for how I carry myself, that’s on them. If my family back in Honduras gets upset with me for not wanting to get involved in the church, that’s not my problem. I know many people made many sacrifices for me to be where I want to be, but I refuse to live my life for them because in the end, it will never be enough. I want to be able to sing about love without fear, talk about my hardships without guilt, and speak up for myself without backlash. I spent far too long in silence, and I refuse to stay quiet anymore.

So, what’s next? Any big plans?
As of right now, due to the COVID-19 Pandemic, life has been put on hold. I was cast in a production of “In the Heights” back in March, but it has been put on hold until next year. I’ve been working on my music, refining my sound, and learning how to produce my own music and content from the ground up; thanks to some old friends and new friends alike, I’m working on releasing my music on streaming platforms such as Spotify, Apple Music, etc. so keep an eye out for that. I’ve also been exploring photography; I struggled with an eating disorder in middle/high school, mainly restricting calories because of my size, but I’ve now become confident in my body, and I want to show the world for what it is through my art. Depending on how things improve in the next year, I want to move back out to more urban areas, such as NYC or LA; I do miss living in the city, and I feel like the time is near to return. I love my hometown, I love the desert, but I feel like I need to leave it in order to fall in love with life again. 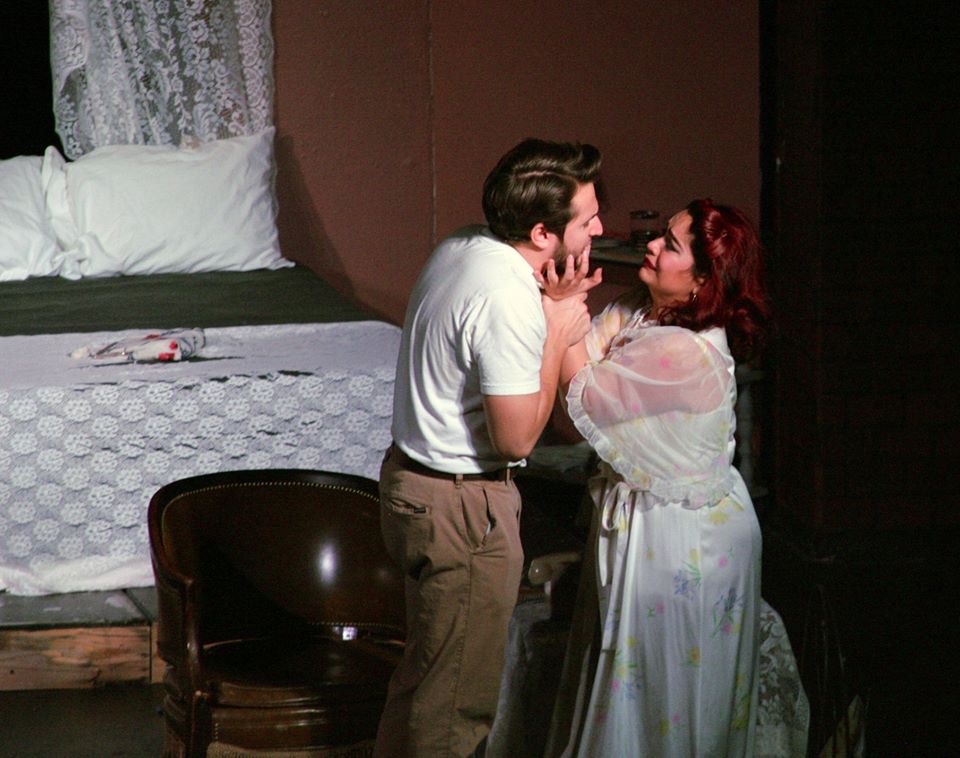 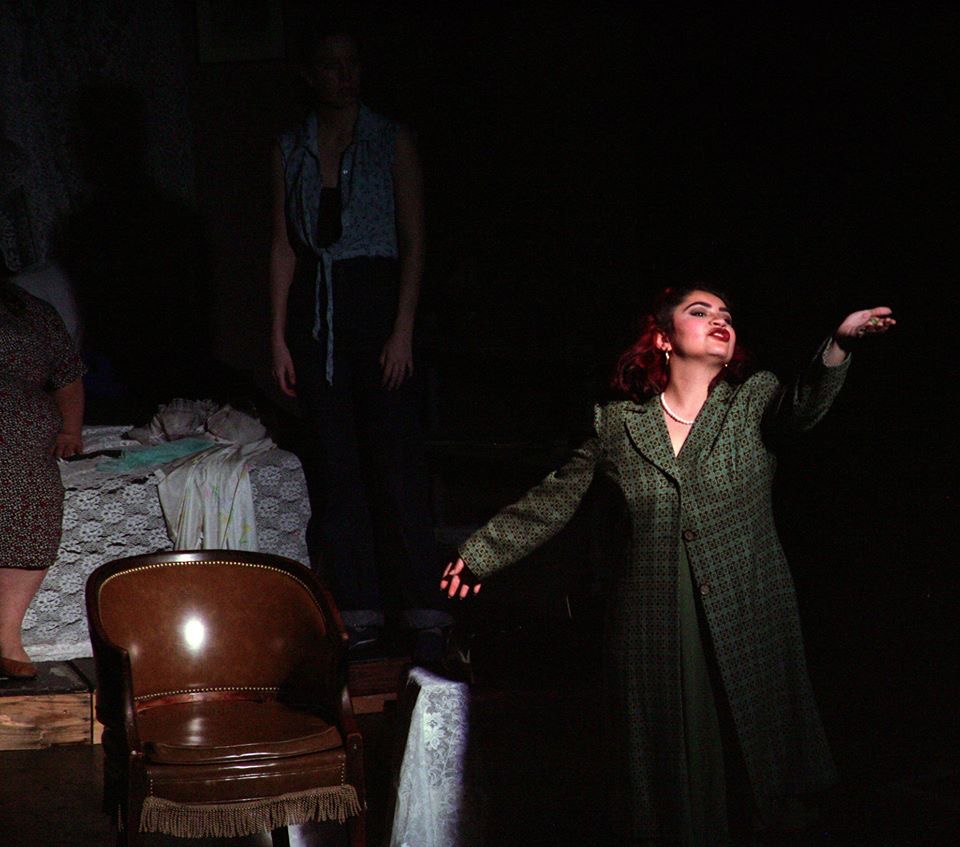 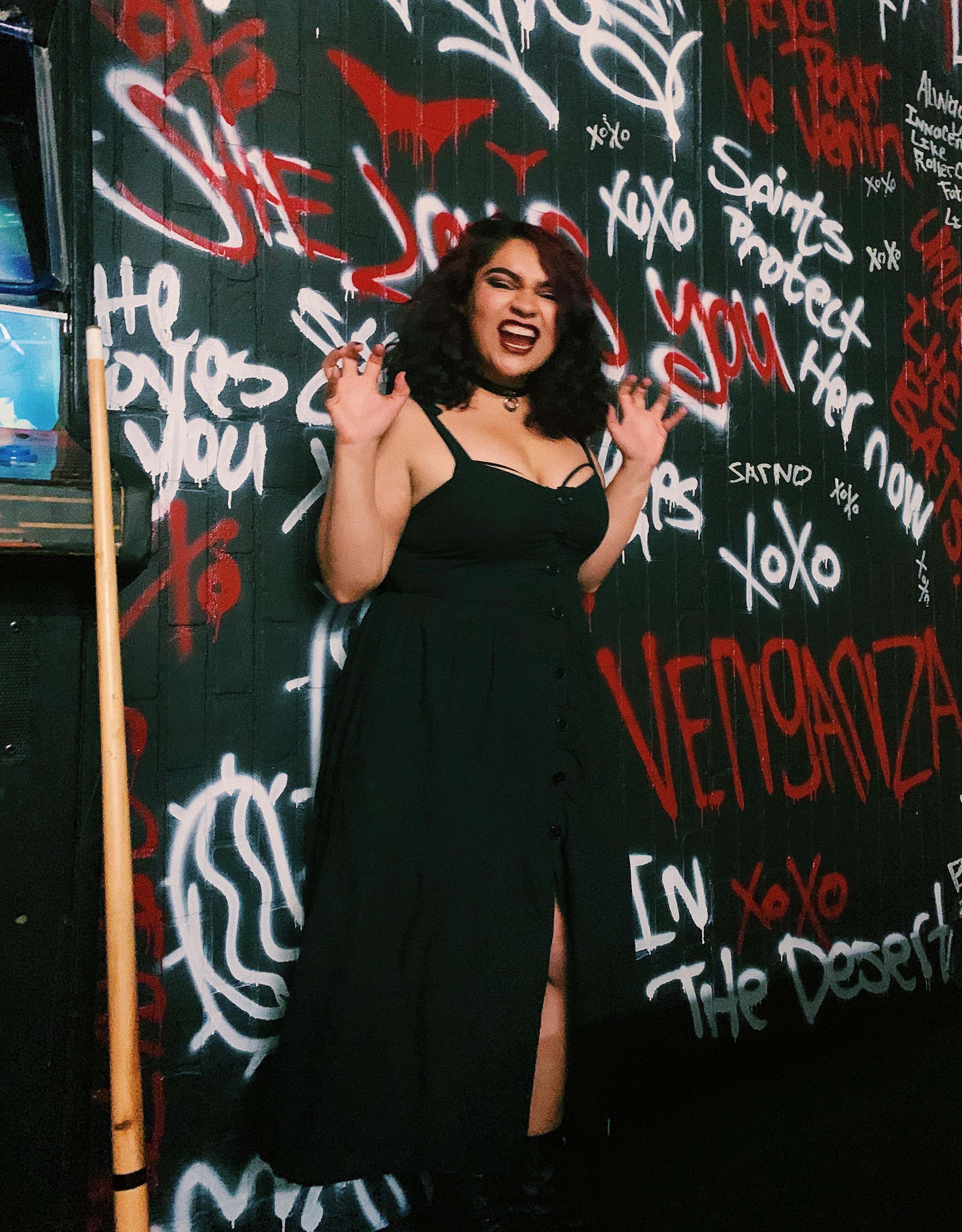 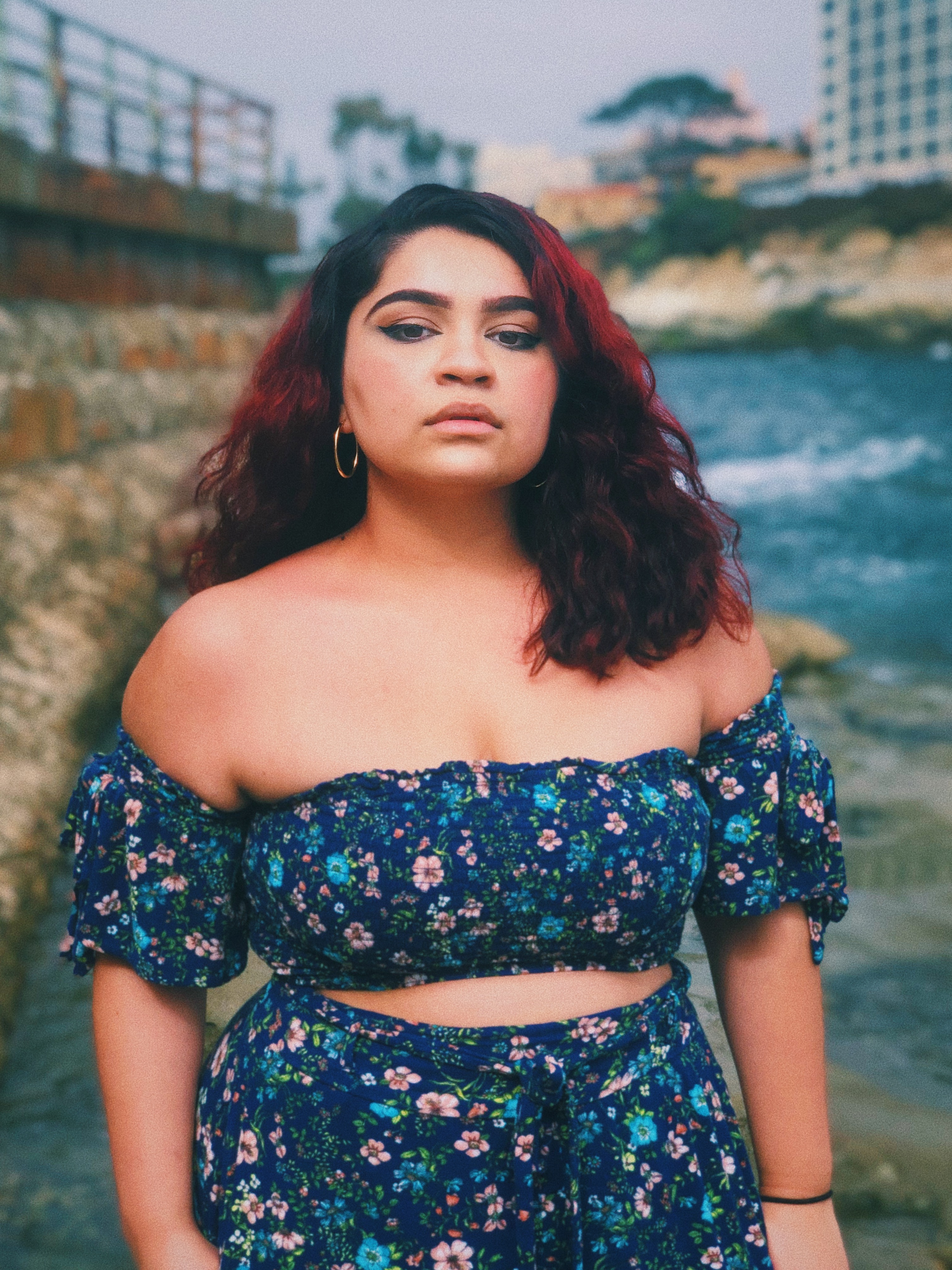 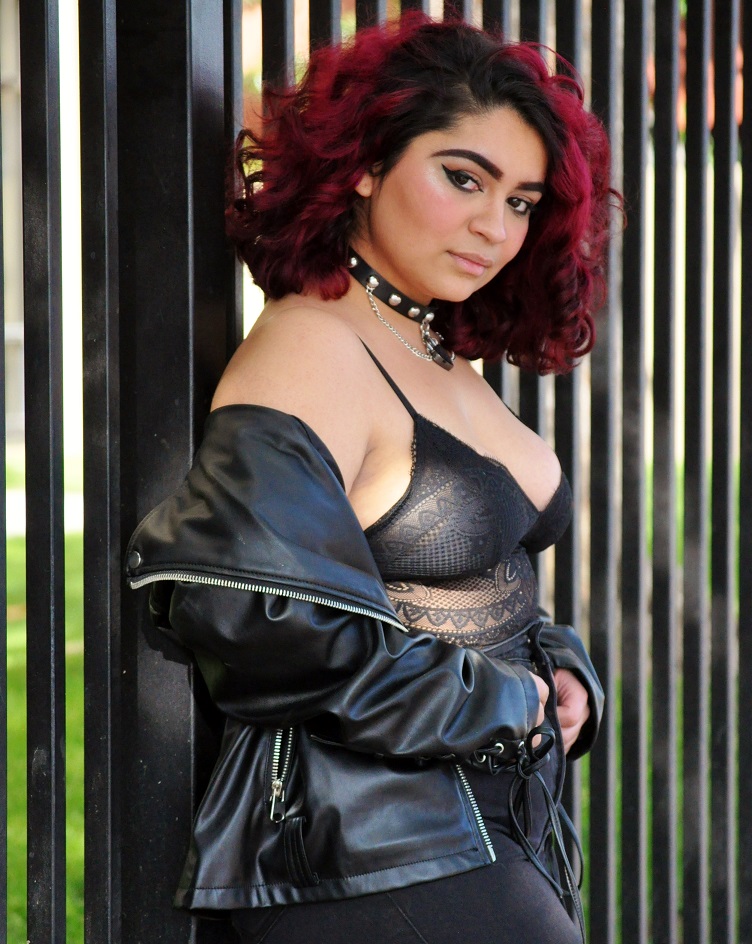 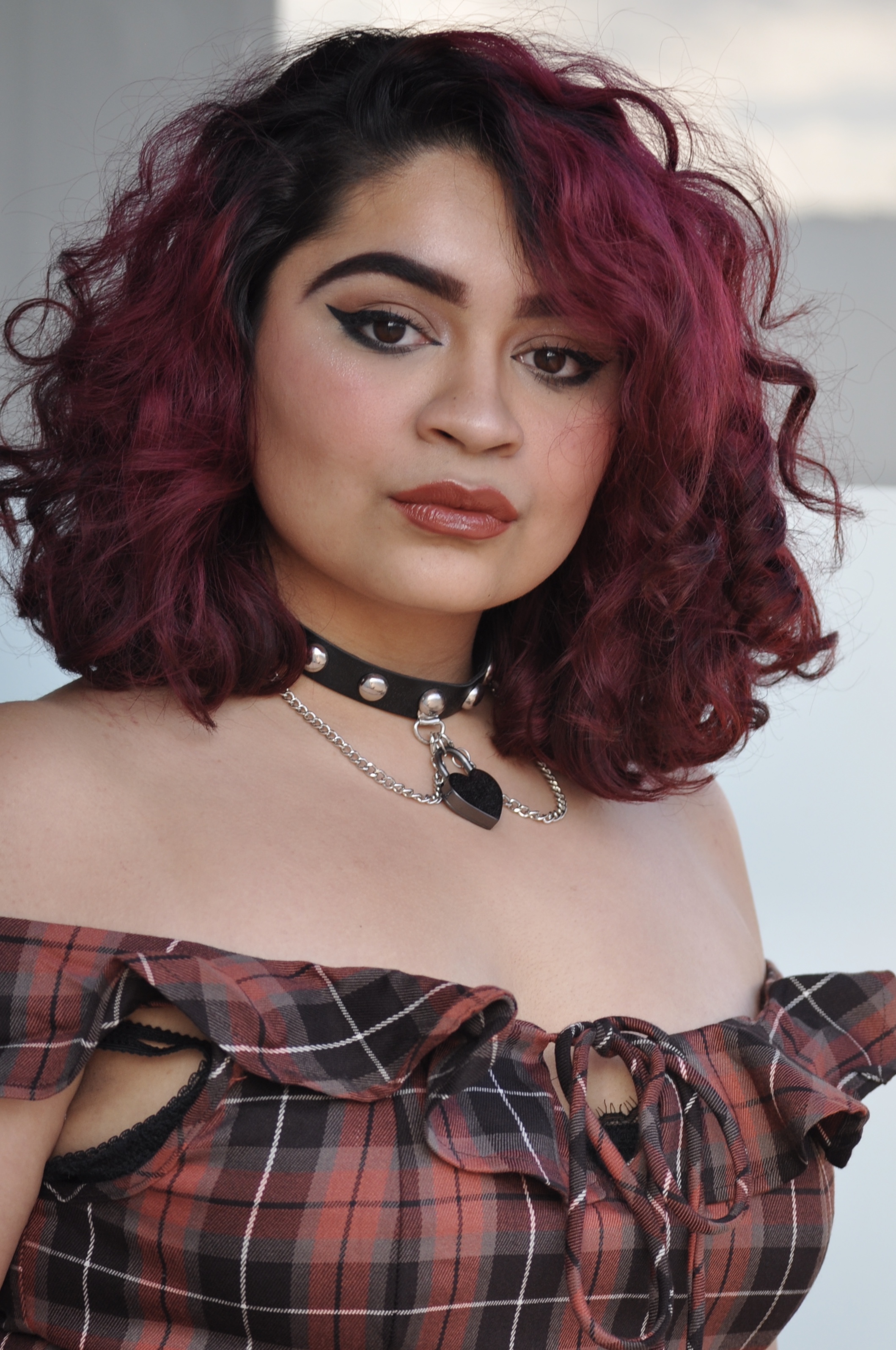