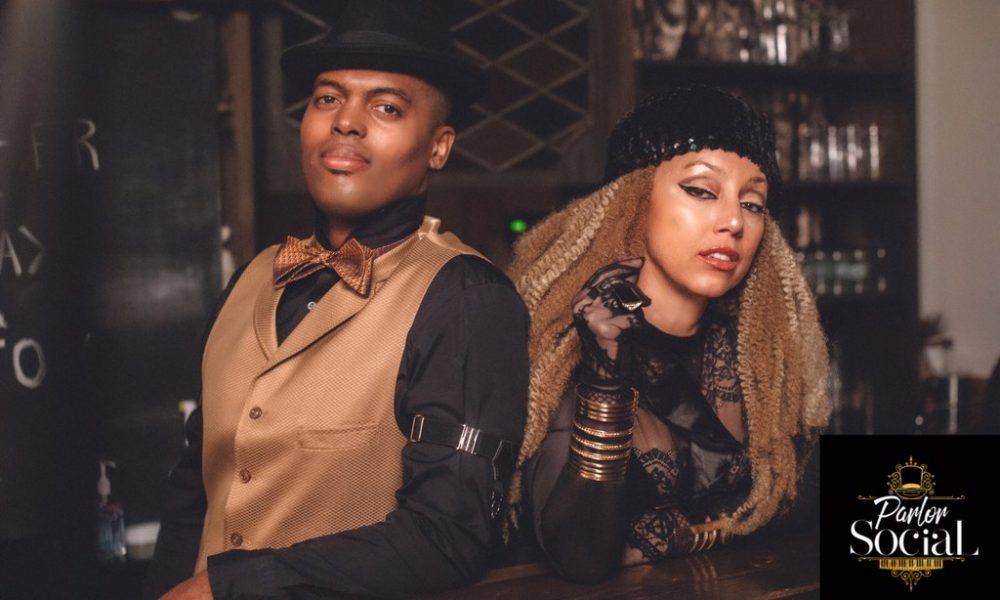 Today we’d like to introduce you to Dessy Di Lauro and Rick Pageot.

’IF CAB CALLOWAY, OUTKAST, AND LAURYN HILL WOULD HAVE A LOVE-CHILD, IT WOULD SOUND LIKE PARLOR SOCIAL.’’ Voted one of ‘Hot 100 Unsigned Live Artists and Bands in the USA’ by Music Connection, PARLOR SOCIAL is fronted by Montreal-bred husband and wife team Dessy Di Lauro (vocals) and Ric’key Pageot (piano). With their library of original songs, Dessy provides sultry vocals that flawlessly encapsulate the spirit of Uptown’s early 20th Century cultural boom through the prohibition era yet offers a timeless approach that’s all her own. Serving as musical director and pianist/ accordionist, Ric’key is either playing the squeezebox or tickling the ivories with an affable buoyant stride that promotes the infectiously festive atmosphere of their concerts. Their music pays tribute to the Harlem Renaissance classics, combined with a present-day sound. In 2010, produced and accompanied by her husband Ric’key, Dessy released her first solo music video “Why U Raggin’, winning two Hollywood Music in Media Awards, including Best R&B/Soul Song of the Year. Her sophomore effort, 2013’s This is Neo-Ragtime, set them on an even bigger path of stardom when the album’s first single “Jump n’ Jivin’’ was featured on ESPN throughout the 2013 NCAA basketball Final Four Championship. Next came her EP in 2015 ‘Say Hep Hep’, nominated for a 2016 Independent Music Award (IAM) for ‘Best Urban EP’, with the aptly titled single and music video “Let Me Hear You Say Hep Hep.” Their single, “It’s Complicated (Let Go)’’ was also nominated for an IAM: Best R&B/Soul song of the year. Recently, PARLOR SOCIAL created and premiered their first musical revue ‘The Rent Party’ at The Miracle Theater in Inglewood, CA to a sold-out house. They enlisted the help of Emmy and NACCP Image Award-winning writer Ali LeRoi and multiple award-nominated actress Eva La Dare to write the storyline and co-star in the musical. Music Connection Magazine reviewed the ‘The Rent Party’ and stated, “To say Parlor Social knows how to put on a show is an understatement”. Respected music critic Patrick O’Hefferman raved about PARLOR SOCIAL’s show as “undeniably the best live performance in the Los Angeles club scene, if not the nation”. PARLOR SOCIAL have performed their live ‘speakeasy-soul’ original music on the national and international scene including the Blue Note Jazz festival, Montreal International Jazz Festival, CMJ Music Marathon Festival in NYC; The BRIC JazzFest in Brooklyn, NY – opening for the ‘West Coast Get Down’ saxophonist Kamasi Washington; and multiple venues across North America, Europe and Canada. They have opened for Grammy award-winning band Snarky Puppy co-founding member, Maz, at the legendary Roxy Theater in Hollywood, CA. More recently, in June 2018 they made their successful debut at the 40th Playboy Jazz Festival at the Hollywood Bowl. Over 20,000 people were in attendance, with comedian George Lopez posting about them across his social media platforms the following day, stating ‘Parlor Social, you have a new fan!’ When Dessy and Ric’key aren’t wowing audiences as PARLOR SOCIAL, they’re contributing their artistry throughout the music industry. Ric’key has toured with world-renowned, multi-platinum record selling icon Madonna for her ‘Sticky & Sweet,’ ‘MDNA’ and ‘Rebel Heart’ tours, along with Motown Legend Diana Ross’ ‘More Today Than Yesterday’ tour. He recently joined CHER’s band as part of her Las Vegas residencies. Pageot has also recently written & recorded for R&B songstress Jill Scott and funk legends Earth, Wind and Fire. Dessy has showcased her eclectic songwriting talents in several seminal jazz haunts, including with platinum-selling saxophonist Eric Darius’s ‘’Retro Forward’’ produced by Babyface’ partner, Antonio Dixon. She has also toured singing background vocals for numerous artists including Social Distortion, Columbia records recording band Dreamcar, and Universal/Verve Records’ Miles Mosley, and more. PARLOR SOCIAL is back in the studio working on a new album. The first single is a breathtaking cover of the Screaming Jay Hawkins classic, ‘I Put A Spell On You’ which features Dr. Benjamin Wright and his orchestra. Wright is known for his award-winning arrangements on chart-topping albums including Off The Wall by Michael Jackson; Speakerboxxx/The Love Below by Outkast; Boogie Wonderland by Earth Wind and Fire and more. The new album will also feature the ‘New Jack Swing’ king himself, Teddy Riley on their new song ‘Higher Place’. Riley has produced and written smash hits for artists including Michael Jackson, Lady Gaga, NSync, Bobby Brown, Whitney Houston, and mostly known for writing, performing, and producing the Blackstreet chart topping song, ‘No Diggity’. The second single from the album, ‘Got the Heebie Jeebies’ was released in June 2018 to celebrate Black Music Month, and their performance at the 40th annual Playboy Jazz Festival. Available on all digital platforms, this latest release has received wide-spread critical acclaim and has been added to numerous radio playlists both in the U.S. and abroad.

We’re always bombarded by how great it is to pursue your passion, etc – but we’ve spoken with enough people to know that it’s not always easy. Overall, would you say things have been easy for you?
There have been many struggles. We are pushing a new sound, new genre that is truly all our own. People think we are a throwback band because of the 1930’s influence and how we are dressed but we call it retro-futurism. We are pushing the sound forward. So people think they should only book us for Gatsby themed parties when our sound is not that at all. It’s inspired by the 30’s but we are pushing it forward. It takes people a minute to get it because it’s nothing like they’ve heard of before. Which can be a blessing and a curse. It’s always a little more difficult breaking in with something that folks can’t compare it with anything. But once it breaks, it will be huge.

We’d love to hear more about your business.
We are known for a sound we have created called Neo-Ragtime/ Speakeasy soul. We call our music “If Cab Calloway, Outkast and Lauryn Hill Had a Baby, it would sound like Parlor Social. We’ve had quite a few memorable moments with our music. We recently performed the Playboy Jazz Festival in June and also got introduced by legendary Stevie Wonder for 2018’s King’s Day. We also just got signed to Bank Robber Publishing to push our music for placements. This is only the beginning. We have a lot in store for the coming year of 2019 including a new album.

Let’s touch on your thoughts about our city – what do you like the most and least?
All depending what they were doing musically. LA is more of a commercial music hub. It’s great if you are a touring musician, background singer but as an artist…all depending what you are pushing musically. It took us a long while to break here and we still feel like the East Coast and Europe got it quick. We do really well on the East Coast. People are only now starting to get a feel of what we are doing. We are finally getting love but it took a minute to solidify. 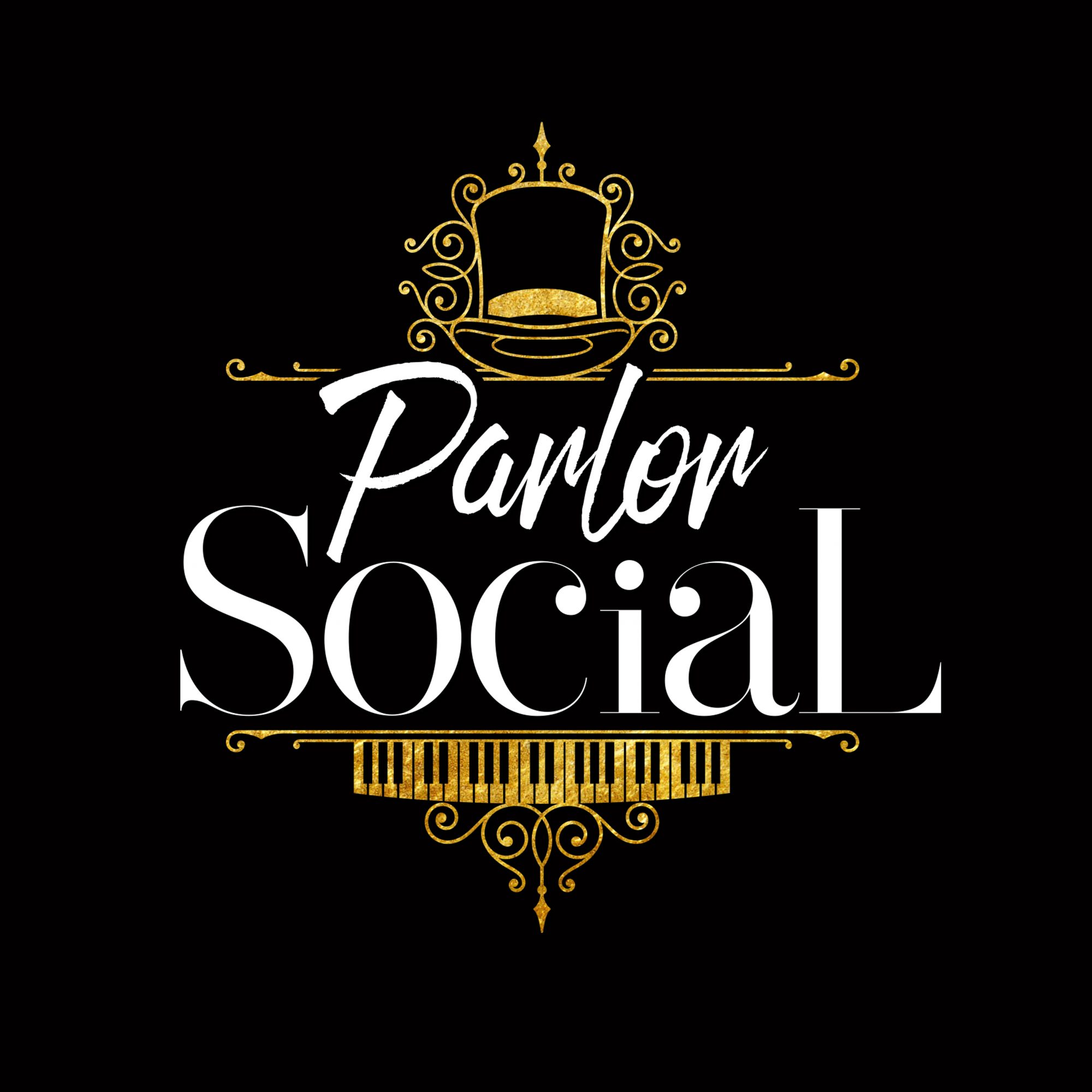 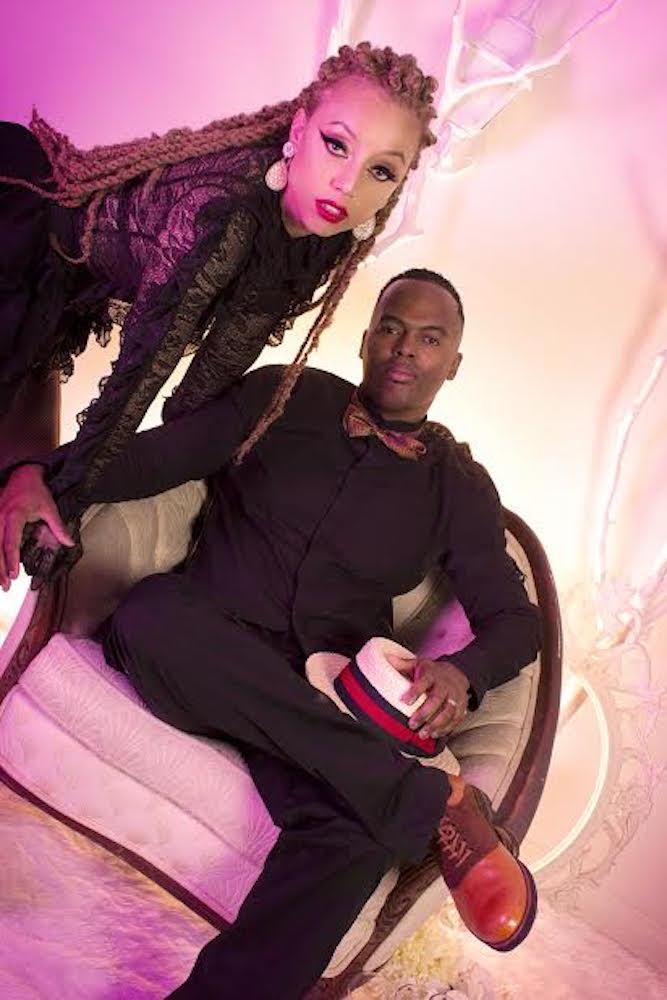 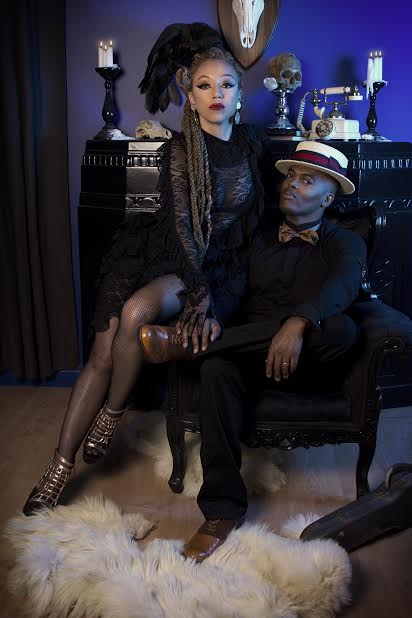 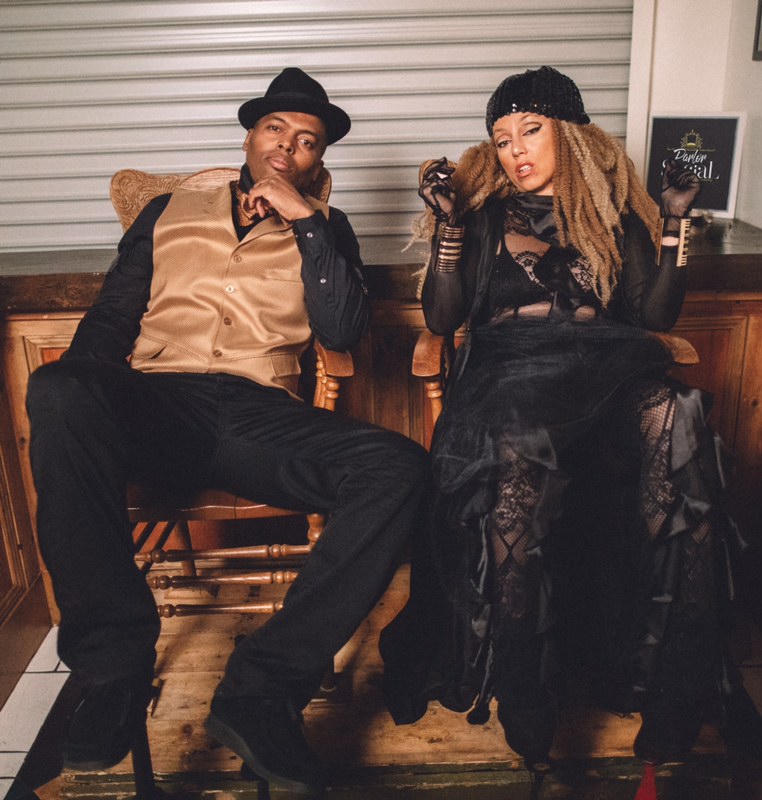