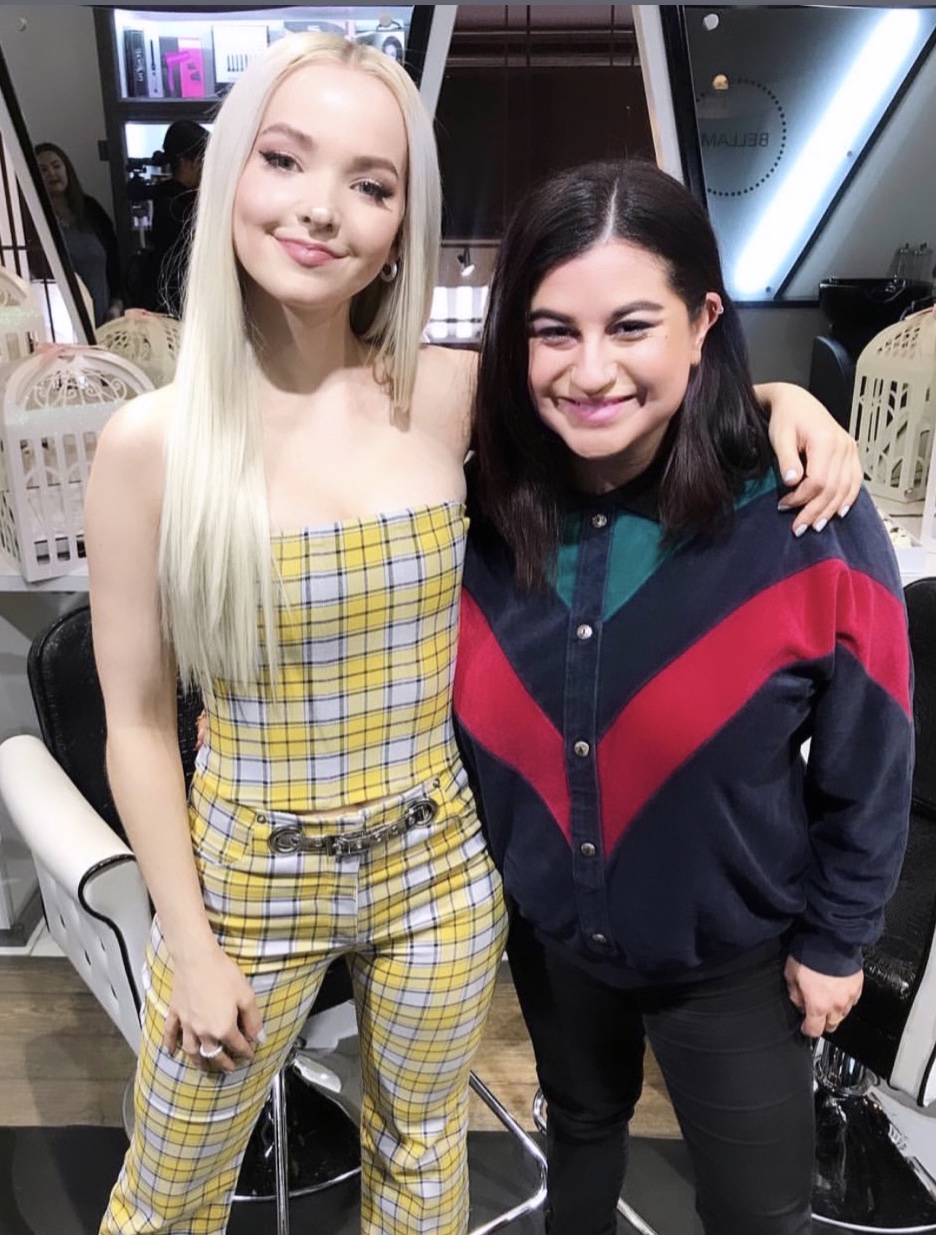 Today we’d like to introduce you to Dahvi Shira.

Dahvi, let’s start with your story. We’d love to hear how you got started and how the journey has been so far.
I originally began my career in celebrity news, which was a dream coming out of college. Long before social media took over the world, being a celebrity journalist was quite the coveted career path. I worked at E! for two years, followed by People for four years, and covered everything from the Oscars and other various awards shows, to Amanda Bynes court hearings and way too many liquor launch parties to count. If it involved celebrities, I was all over it—whether writing about an experience, interviewing a celebrity or picking up a news story from another outlet and repurposing their story for our site.

As time went on, I grew a much deeper interest in music (something I’d always been passionate about but hadn’t yet pursued professionally), along with more lifestyle-y things like beauty, food, innovative brands and other things that didn’t directly involve celebrities. I decided to branch out and start my own music/L.A. lifestyle blog, skyelyfe.com, while freelancing for various publications, including Billboard. It was so much fun having people reach out to me for the sake of my blog but also very unrealistic to think I could go along not having a full-time job and float along. I was itching for a new full-time gig but didn’t know where to turn. Outlets were still very limited at the time, so pickins were slim. The only entertainment outlets I cared about professionally at the time were ones I’d already worked for. So I really didn’t know what would come of my career.

Perfectly timed, I was reached out to by a recruiter on LinkedIn for a Managing Editor-level position at rising Gen Z site, Sweety High. Not only was their platform foreign to me, but the word “Gen Z” absolutely was, too. Either way, it sounded like an exciting opportunity, one I’d never embarked on previously, so I decided to pursue the chance. Following a couple of weeks of interviews and written tests, they offered me the job. It was very exciting but also a little scary. First, I hadn’t worked in a full-time office environment in quite some time; also, I’d never worked at a tiny start-up. Fast-forward, it’s been more than three years, and I’ve had the chance to grow immensely in terms of my professional experience, skills and passions. I’ve been given the avenue to deeply explore things I hadn’t had a chance to prior—all while learning about the generation that’s going to take over the world.

We’re always bombarded by how great it is to pursue your passion, etc – but we’ve spoken with enough people to know that it’s not always easy. Overall, would you say things have been easy for you?
The transitional time between not having a full-time job and getting hired at Sweety High was a 1.5-year roller coaster. Some days I’d feel incredibly empowered and like possibilities were limitless; other days I’d stand in the shower for 30 minutes and cry. Again, it was such a fulfilling feeling having brands and publicists reach out to me for the sake of a blog that I personally developed, but that just wasn’t enough. It was hard, and I knew I absolutely needed some consistency in my life again.

Once I was hired at Sweety High, I faced a whole new set of struggles. While I was beyond thrilled to have a job again (with an impressive title to boot), I had to adjust to an entirely new demographic, and at a much smaller scale. I’d never worked at a start-up before, and while there are many advantages that come along with this type of environment, there’s also a lot of trial and error. And not only did I have an office job to do, I also had to sell this new “product,” of sorts, to all the brands and publicists I’d worked with at much larger publications. It definitely took a while for me to feel confident in this new environment, but once things started coming together, I truly grew to feel happier and more fulfilled than at the other companies. I’m a firm believer that everything happens for a reason, and ultimately I’m grateful for the bumpy roads that led me to today.

We’d love to hear more about your business.
Sweety High is (in my opinion) the biggest Gen Z platform covering not only entertainment but food, beauty, product reviews, relatable first-person stories and pretty much anything you can think of that pertains to girls. On top of that, we take pride in being *empowering* before anything else. When you watch our videos or go on our website, nothing is supposed to rile you up or trigger negativity. But that’s not to say we don’t touch on issues close to home. Our goal is to be a place where girls can come to feel like they belong, no matter who they are or what interests them. So, whether they’re going through a major breakup, hate dealing with family at Thanksgiving, or are curious to know about the latest skincare innovation or even video game, there’s really something for every girl at Sweety High. The employees at the company remember what it was like to be young and alone dealing with certain things—we don’t want teens of today to have that same experience.

As the Managing Editor, I work directly under the Vice President of editorial and am responsible for editing everything that publishes on the site while writing at least one story per day and conducting various interviews with celebrities, experts and brand founders. I also seek out, interview and hire our freelancers and staff writers while working extremely closely with our Assistant Editors to ensure they have the Sweety High voice down and are writing to the best of their ability. Coming from my news writing background at People, I bring a different set of eyes to our editorial content. I find it beneficial when it comes to guiding our writers to their best possible work. I meet with the VP of our team regularly to discuss how we can make our department stronger. I’ve also been responsible for launching a few of our franchises, I meet with publicists and brands regularly to discuss collaborative opportunities and I attend a slew of events to make sure the company has representation where we should be popping up.

What were you like growing up?
I spent so much of my upbringing on the east coast, which is where I always felt like I fit in. But technically, the majority of my life was lived in Orange County, California, which is definitely not where I found my groove, so to speak. For the most part, I didn’t have anyone who inspired or encouraged me except for my parents and grandparents (seriously, thank goodness for them!). I was raised all through school believing that if you didn’t excel at math or science, you’d grow up to be a loser. I even had a biology teacher in high school tell me I’d amount to nothing since I wasn’t good at biology (guess how much I’ve used biology since 11th grade!).

I was *always* a writer. Since literally as long as I can remember, I was writing creatively. My dad saved all my little books. I was theatrical in general. Whether it was improvising talk shows or movies for my grandparents or singing to every song imaginable, I was absolutely, under no circumstance a “math or science” girl. From age 8, I was watching Aaron Spelling shows and wanted to be those dramatic actresses with every inch of my being. I’ve always been loud and expressive, but never really found my niche until moving to L.A. at the end of 2007. A theatrical Jewish girl living in Orange County was just not acceptable at the time—but coming to L.A., everything changed. 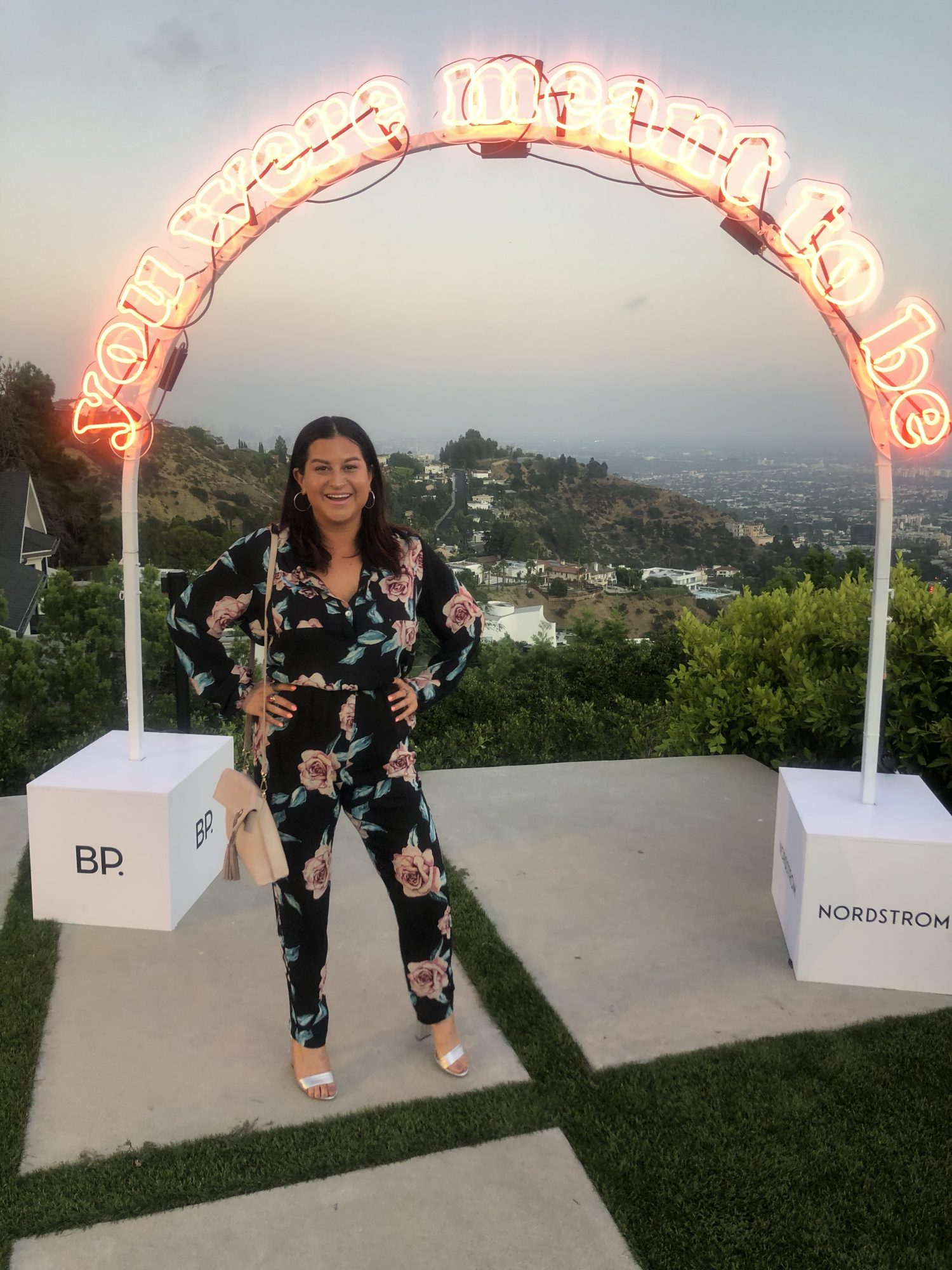 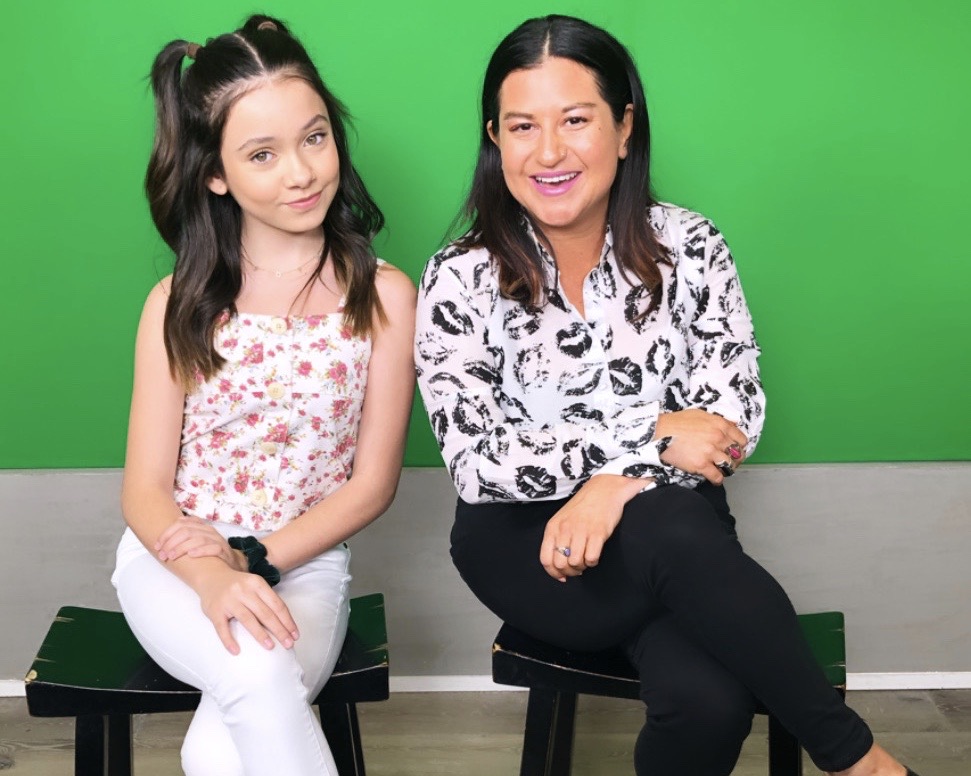 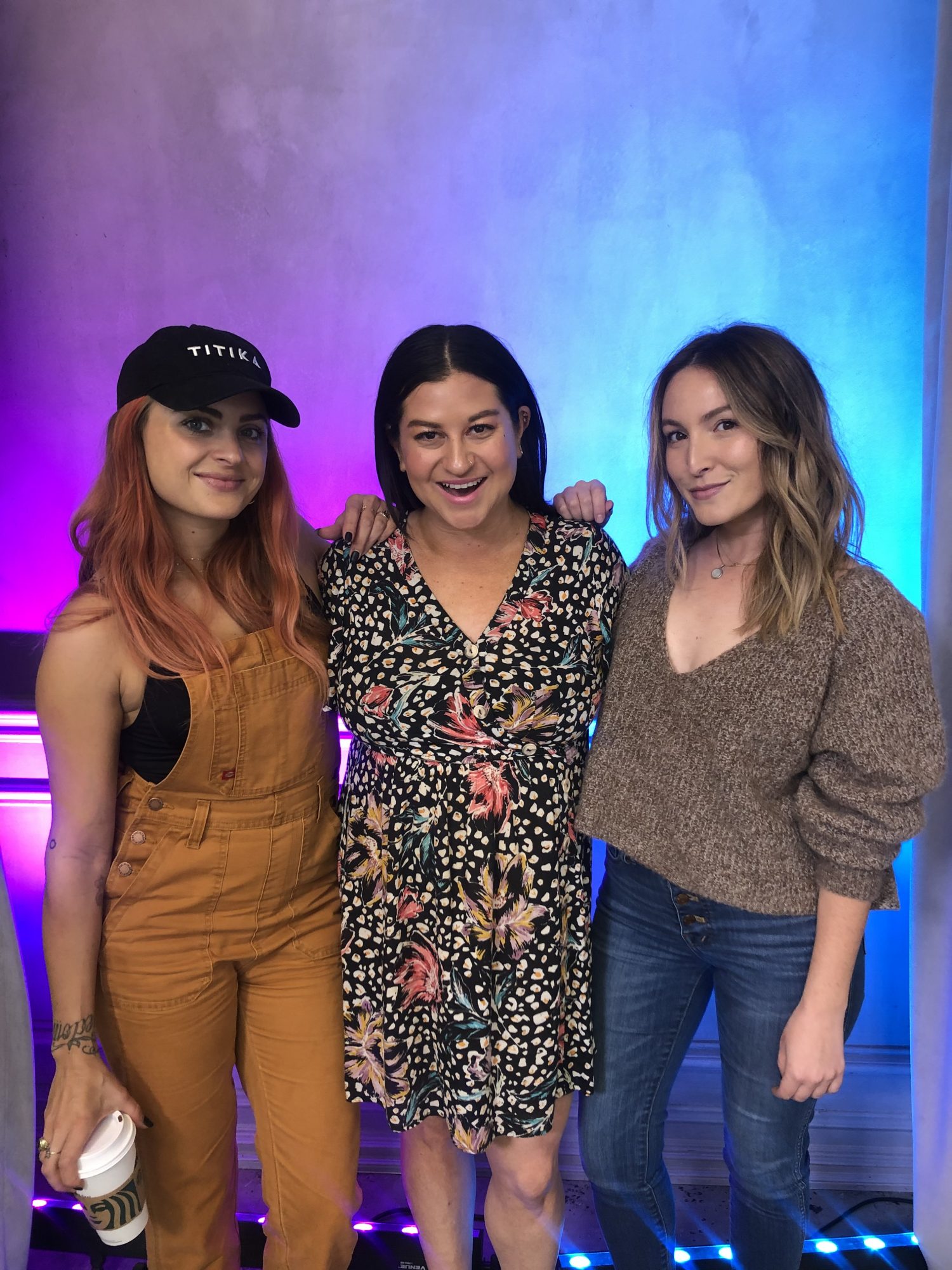 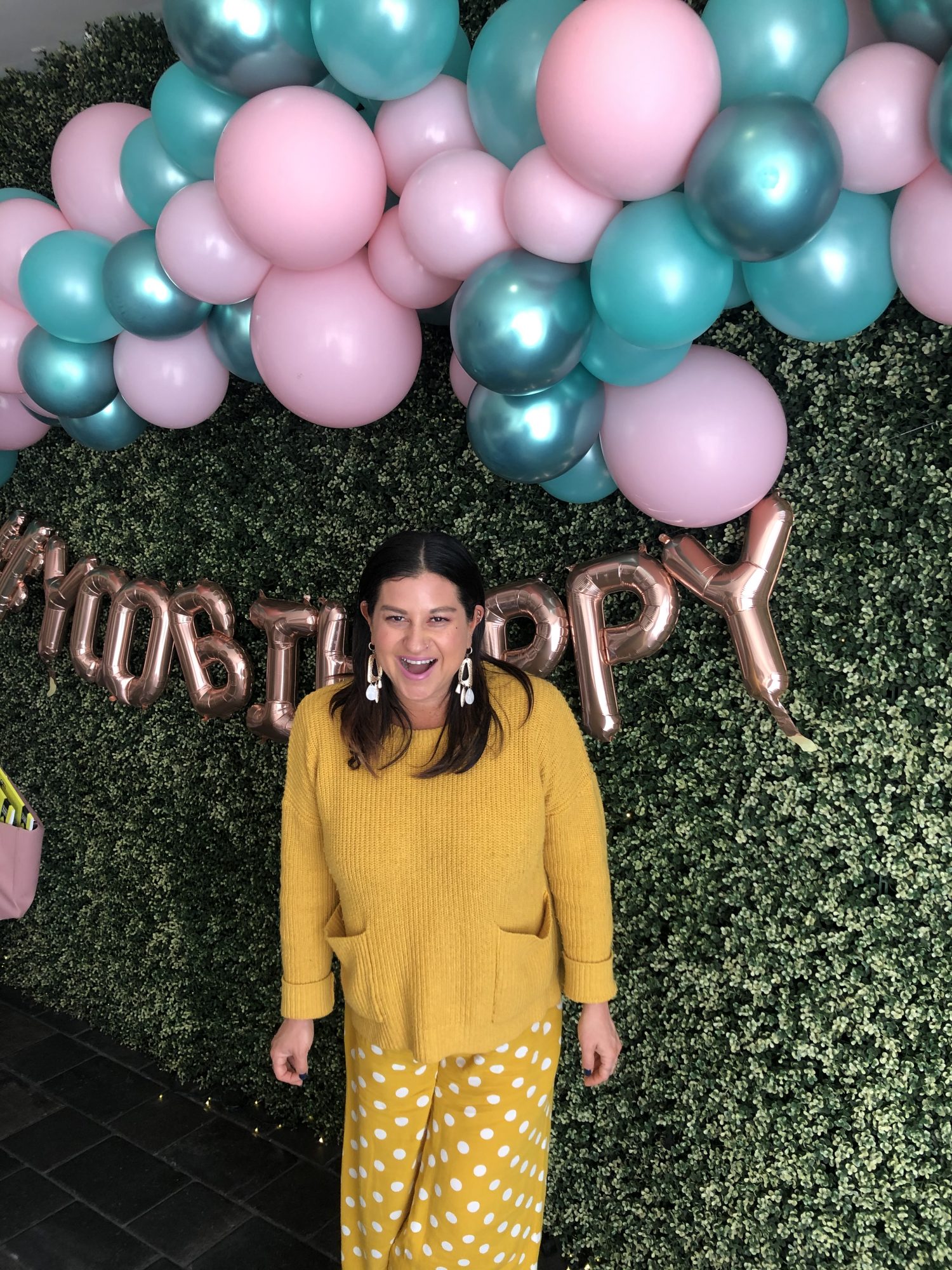