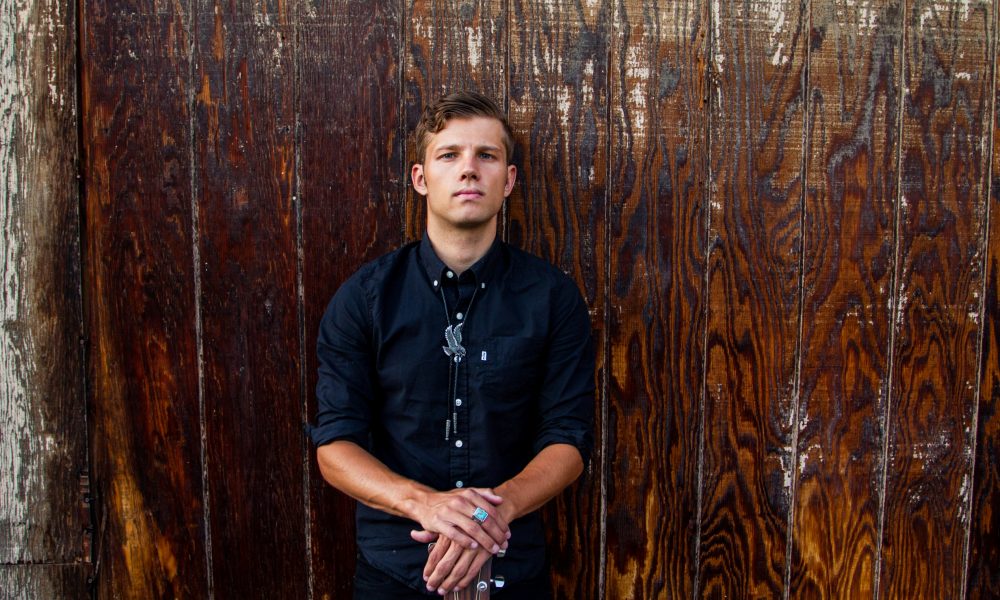 Today we’d like to introduce you to Colby Davidson.

So, before we jump into specific questions, why don’t you give us some details about you and your story.
I believe I should start at the beginning. I was born in Berkeley, CA and lived in the East Bay area until 4th grade when we moved down to Santa Cruz. I think if I never moved to Santa Cruz, I would be a completely different person today and would probably not have played music.

I started writing music around the time I started playing it. I grew up on classic rock and my parents took me to many concerts. My first concert was Guns N’ Roses at The Warfield when I was eight I think. I initially wanted to play the drums, later the piano, but it wasn’t until middle school that I decided to pick up the guitar.

I think it was Stevie Ray Vaughan or Hendrix that made me wanna play. My main reason was because I loved the way it sounded. It wasn’t about impressing girls or being seen as cool, although those did factor in I’m sure; I just really liked the sound of the guitar and music. It moved me like nothing else did and still does. I was playing by myself and just acoustic guitar. My mom insisted I had to play acoustic because she was told it was the proper way to learn.

In 7th grade, my best friend Trevor invited me to come jam with his band. Four of us went to the bandleader Jacob’s house and tried to play music. Mikey Threet of the Santa Barbara band The Anti-Sheist was playing drums in it, Trevor Raisch, my best friend, on bass and Jacob Yount was the singer and rhythm guitarist. I say tried because our guitars weren’t in tune and the radio was coming through my amp. That eventually broke off but by 8th grade I had formed my own group with two of the members.

Around the time I was getting into music, my life would go through radical change. My family had lost a bunch of money in the stock market crash and from a bad lawsuit. This led to my father, a stockbroker, going through a lot of stress and going down a dark path. He left my family for a while and in the interterm my sister’s boyfriend of five years died, who was like a brother to me, and my grandmother as well. I grew up really during the recession which affected me too.

In high school, I went through various bands and hardships that really shaped me as a person. The first woman I loved broke my heart like no other, which devastated me for a long time but helped my songwriting. I made mistakes and I was the victim of mistakes and it helped me gain a lot of insight into the human condition. I was a very dark person during this time.

My parents were going through financial hardships and depression while I was in high school and seeing them down and out affected me too. The summer before senior year I had the privilege of attending Berklee College of Music’s 5-week summer program where I was surrounded by like-minded musicians and I was able to break out of that hopelessness feeling I had. I finally felt like I could do it. I was inspired.

By senior year I had formed a new rock band I’m still working with today called Analogue Spirit. I love playing and writing for that group, but I had this entire backlog of songs I had written that just didn’t fit the sound and thus my solo project was born.

I had moved to LA after graduating in 2015 but hated the music school I was going to so moved back home to my parents and went to community college for two years. One of my best friends, Daphne, gave me a bunch of her parents’ records, one of which was Neil Young’s “Harvest.” I listened to that album on repeat and it got me super into folk-rock. I had always loved Bob Dylan, but this album was a game-changer for sure.

This solo act was born out of necessity and was a long time coming. When I moved back down to LA for college in 2018, none of my bandmates came down with me initially. I didn’t feel right playing gigs as Analogue Spirit without them. I had always wanted to try out this material too but wasn’t confident in myself to do it until I had no other option.

Around this time, I started to discover there were big acts that I had a similar sound to. I was of the wrong impression my music was a thing of the past. I figured it was not a hopeless cause to be pushing my music out there because there was still an audience for it. I became obsessed with Nathaniel Rateliff & The Night Sweats, Rayland Baxter and Gregory Alan Isakov. I was also heavily inspired by the film “Muscle Shoals.”

I also began to take classical voice lessons and really work on my voice to the point where I felt good sharing it with the world. I had the material, I now had the voice and thus I had the confidence to do it.

Today, I have this act, Colby Davidson, and Analogue Spirit. This act is comprised of me on lead guitar and vocals, Elliott Obrien on keyboards, Nathan Kingsley on drums, Matt Owens on bass and Nav Farhadi on violin.

I just released my debut single “Capture The Wind” which was written in 2016 and sat in the back of mind for a really long time. When I asked Nathan what I should debut with, his first answer was this song. We filmed the video in Silverado, in the mountains and hills east of Orange.

When I started playing music I was terrible as anyone is. I couldn’t sing and I knew other people knew it. I was writing music but I was too shy to use my voice because one of my older sisters was a better singer and I felt pressure from the other kids at school. It took me years and vocal training to literally find my voice and get to the point where I was satisfied with it and those around me were affirming me.

Besides a turbulent family life, I have struggled with mental health issues for some time. I grew up with ADHD and was medicated for some time in high school. Taking Vyvanse and smoking weed really messed with my head, as well as toxic relationships and seeing my parents depressed culminated in me having a break down senior year. I didn’t know what was going on or how to fix it so I shut myself away and missed over thirty days of school. It was only through meditation and eventual therapy that I have been able to manage my life and mind.

I have struggled with love: What healthy love is, how to give love, and how to be loved. Why I bring love up is that I really like to write about love in my songs. Whenever I go through a breakup or fall in love I often begin to write new songs. Love is a force that exists, whether that’s man-made or it exists outside of mankind I can’t say, but it is important to our humanity and to heal this world.

We’d love to hear more about your work and what you are currently focused on. What else should we know?
My business is myself. I’m the lead singer, lead guitarist, songwriter, manager, booking agent, merch maker and marketer. I’m sure it looks all fine and well from the outside, that I just play guitar, but this is a business as much as it is a passion. There’s nothing I want more in my life than to make a living playing my music so I have to find a way to make it pay.

I put into words how you’re feeling. I specialize in writing songs for your breakup, for times you want to dance and for any other emotion or hardship you may be faced with. My genre is folk-rock, singer-songwriter. I think bands with a related sound would be John Mayer, Nathaniel Rateliff, Neil Young, Gregory Alan Isakov, Houndmouth, and Rayland Baxter.

I am proud that I kept going in the face of adversity. I kept playing and writing and getting better when people and my mind were telling me I sucked. I was bad, but I worked really hard and now I can say with confidence I can play music and more importantly, I can write a song.

Any shoutouts? Who else deserves credit in this story – who has played a meaningful role?
First and foremost, my parents. Although my father and I have had a tumultuous relationship throughout my young adult life, I wouldn’t know music and probably wouldn’t play it if it wasn’t for him. He showed me so much diverse music and transferred his passion into me. My mother was encouraging me every step of the way, every time I wanted to give up or felt I needed a new piece of gear, she was there.

Second, are my bandmates. Nathan, my drummer, moved down to LA after I did because he believed in me and our music. He drums in both bands, records in our garage with me and puts up with living with me. Tom Delacruz and Elliot Obrien also for being with me in both acts and playing even though we don’t get payed.

Third, are all the educators in my life that have lent their musical insight to me. First and foremost is Jim Stewart, my middle school and high school music teacher, whose guidance made me the musician and guitarist I am today. Beth Hollenbeck, whose support and guidance has helped me professionally in my musical career. Rick Walker, who showed me the spiritual side of music. Dr. Vicki Muto, who showed me how to sing properly, use my range and sing with emotion. My uncle Jeff Zimmerman, who gave me Eric Clapton’s Crossroads Guitar Festival which was a concert I watched on repeat, studying and discovering some amazing bands.

There are many more people and the list can go on. I’m so thankful for these humans and humbled I have been able to be in their presence. 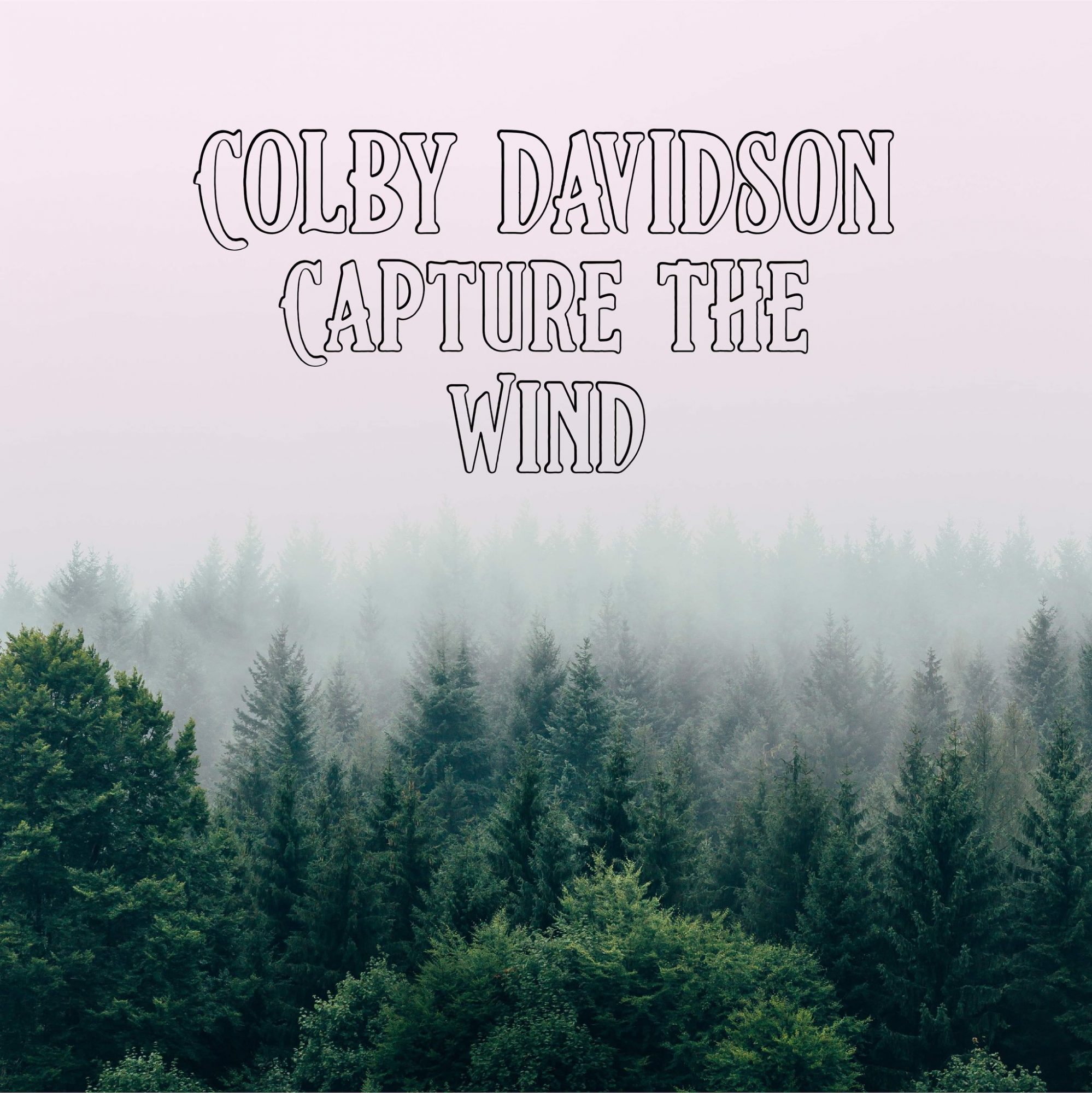 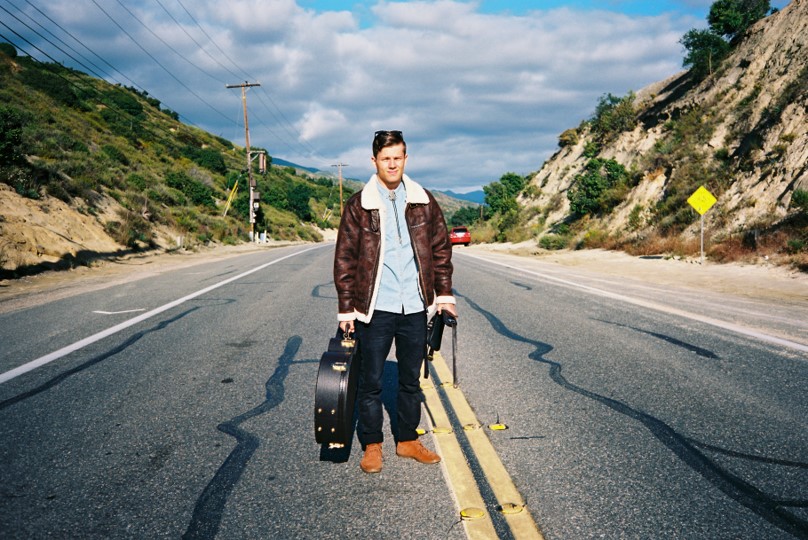 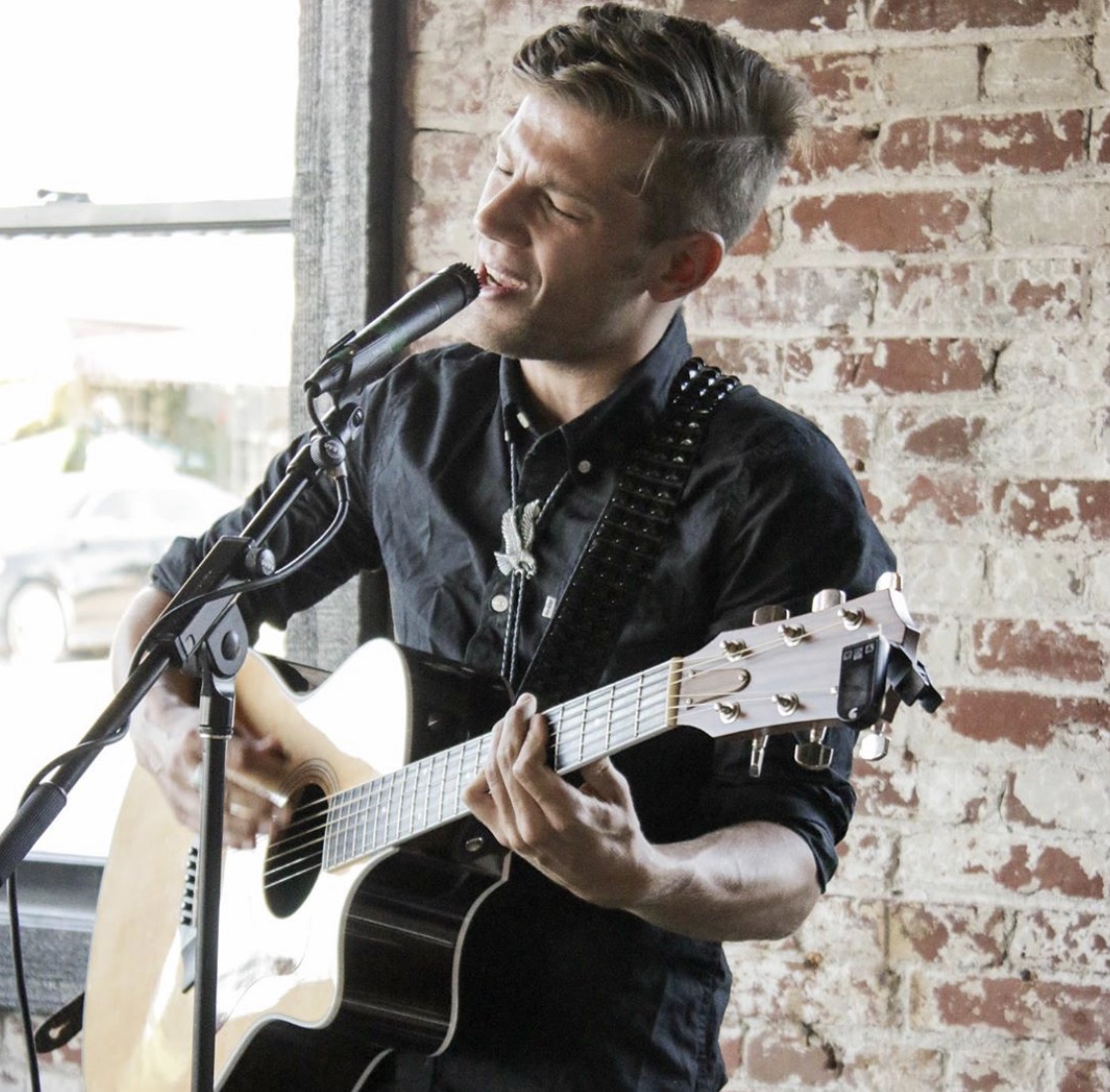 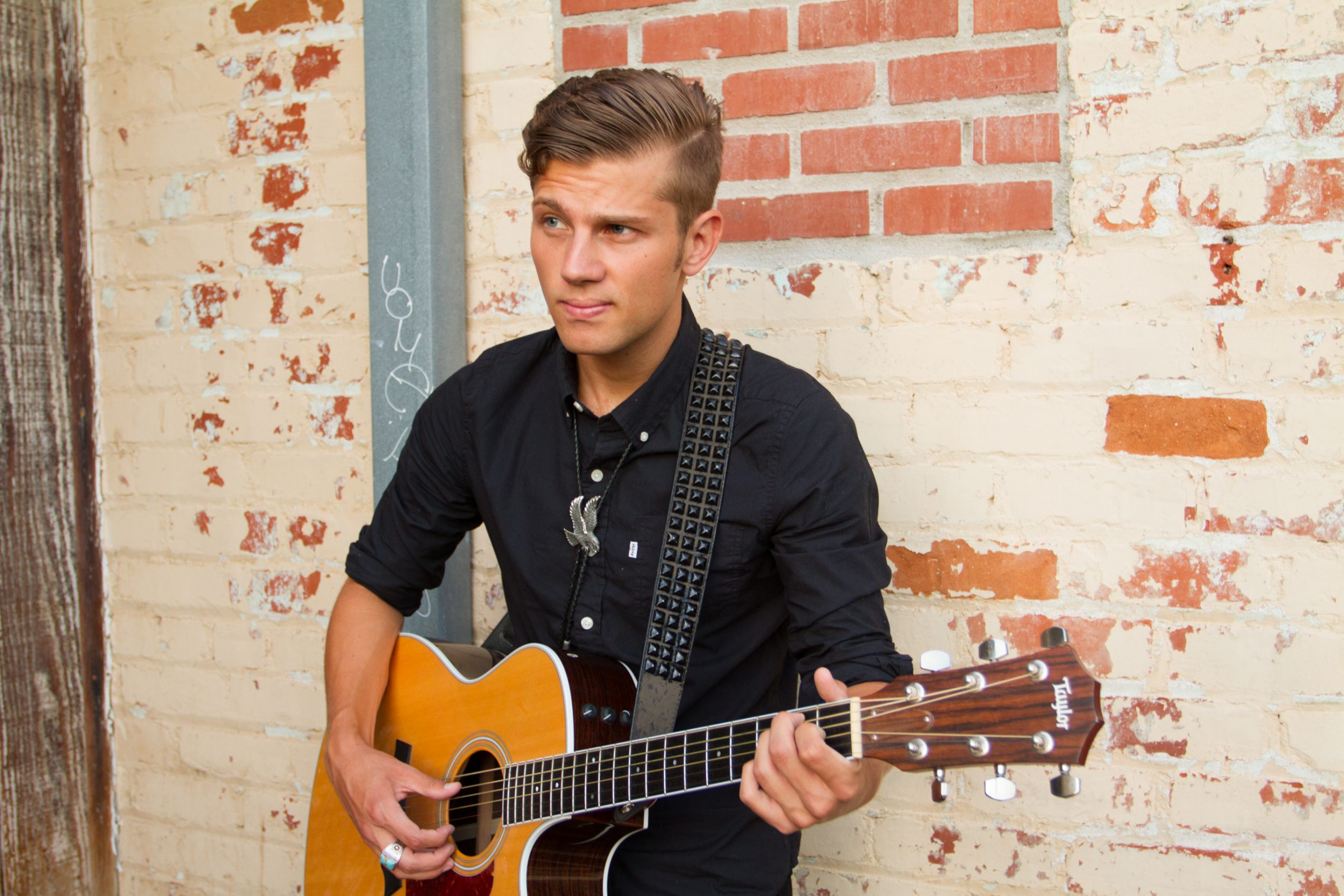 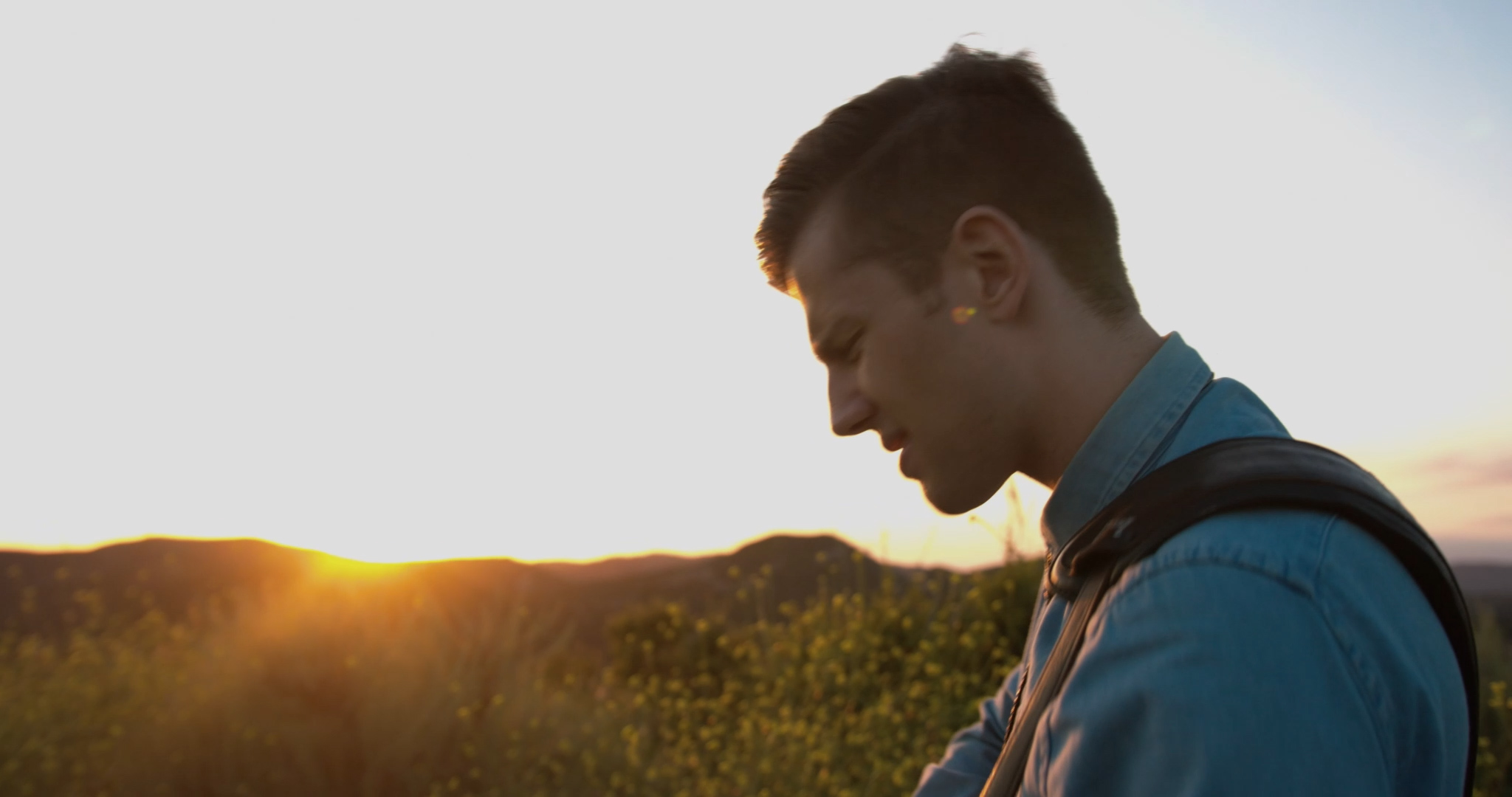