Today we’d like to introduce you to Cinzia Angelini.

So, before we jump into specific questions about the business, why don’t you give us some details about you and your story.
I am originally from Italy. After a few years in Europe working for various animation studios, I moved to Los Angeles in 1997 to be part of the animation industry. I’ve since worked for Dreamworks, Disney Feature Animation, Warner Brothers, Sony Imageworks, Illumination Entertainment and Cinesite Studios, where I am currently Head of Story.

A few years ago, I felt ready to write and direct my own film, “Mila,” a CG animated short about a child caught in the middle of war. The film is endorsed by UNICEF Italy and supported by many sponsors including Autodesk, ToonBoom, SideFX, the Trentino Film Commission and many others. Mila is inspired by a personal war story of my mother’s. She’s a child survivor of WWII. While still in production, “Mila” is already making a difference, and has sparked the interest of various animation festivals. They invited me to share the behind-the-scenes of the the project. Mila was also the inspiration behind my TEDx talks.

Without the luxury of having a big studio behind us, we had to create an international, virtual studio via the Internet. It has been surprisingly successful! The most startling thing for people is the quality of the production. It’s a labor of love, with a crew made up of 350 artists from more than 35 countries, all volunteering their time to help bring Mila to the big screen. The only physical location that links us all is the Valerio Oss Studio in Italy, Pixel Cartoon, which has been with us from the very beginning.

Every day I am moved, even humbled by the growing number of people who approach us, asking to be part of our film. The artists are drawn to the story, and our unconventional means of making it. We want to talk about the kids caught in the middle of the war. We want to start conversations, bring focus what’s happening to the millions of children, like Mila, around the world right now, this very moment, as I sit here! The migrant crisis is just the latest symptom, and an unfortunate, yet timely reminder. It strikes a nerve with every one of our crew members and sponsors. Some have family members, or friends, or even themselves live in war-torn areas, right now. They are witnessing what’s going on, right now. They have a vested interest in finding a way to make a difference.

If “Mila” could change even one decision maker’s mind about the consequences of war, to cause that person of influence to pause, to consider alternatives, to consider the opportunities for the future instead of violence, then all of our efforts are worth it.

This is what drives us to make this film. The greatest lesson I learned in working on Mila is what an impact the magic of animation can have, how can touch people and create indelible memories. I posed the question in my TedTalk. What if we could use this powerful magic to go beyond entertainment, and perhaps introduce children to diversity at an early age, through this incredible medium? What if we were to open up our children’s views, and erase these borders between us, them, everyone out there?

Might we tear down the walls before they reach their tenth birthday? Before their values are fully formed? Perhaps we can all agree that there is a child in each and every one of us. However, I believe there’s a small ADULT in every child, too. I’m convinced that a strong theme, inspired by true stories of today’s heroes, moves people like nothing else can. I truly believe children can handle difficult themes. Ultimately, change comes from the next generation. That’s what we have to remember.

It’s a stretch to get major studios onboard with producing serious, meaningful animated content. I get that. But obviously I’m not willing to give up on the idea. And I know I’m not alone in believing that so much more can be done by using the magic of animation. Animation is more than a genre. It’s an art form, and it can work with any genre!

Overall, has it been relatively smooth? If not, what were some of the struggles along the way?
I don’t think it can ever be a smooth road if you’re pushing the boundaries of your Industry. I pitched Mila to many mainstream studios, but no one was convinced that you can approach a war story with animation. This is just one of the struggles. The boy’s club culture in the animation Industry is as strong, if not stronger, than in the live action one.

Being a woman in this Industry is not easy. It’s a bitter reality even today, after two years of the “METOO” movement. Just look at the recent hire of John Lasseter by Skydance. That’s  a sad, but strong statement that women don’t count in this industry. The “bro” culture is alive and well in Hollywood. I’m still trying to let that news sink in.

We’d love to hear more about what you do.
Well, I don’t exactly have my own business. I’m directing and producing a short, and I am a freelancer working for the animation studios. I was a 2D, and 3D animator for over 18 years, and eventually transitioned into the story department. Working as a story artist since 2010, I’m now Head of Story at Cinesite Studios (something I totally love doing.) And, I’m also known as the writer and director of Mila, my short film, currently in production.

If you had to go back in time and start over, would you have done anything differently?
I would have transitioned to being a story artist earlier in my career probably. I’m so grateful for the years spent as an animator, because that experience makes me so much more versatile and a more complete animation professional.  I love story so much that I wish I had spent more time working at that, years ago. But now at least, I feel as if I’m finally hitting my stride. I’m very optimistic about what the future holds, and as always, profoundly grateful. 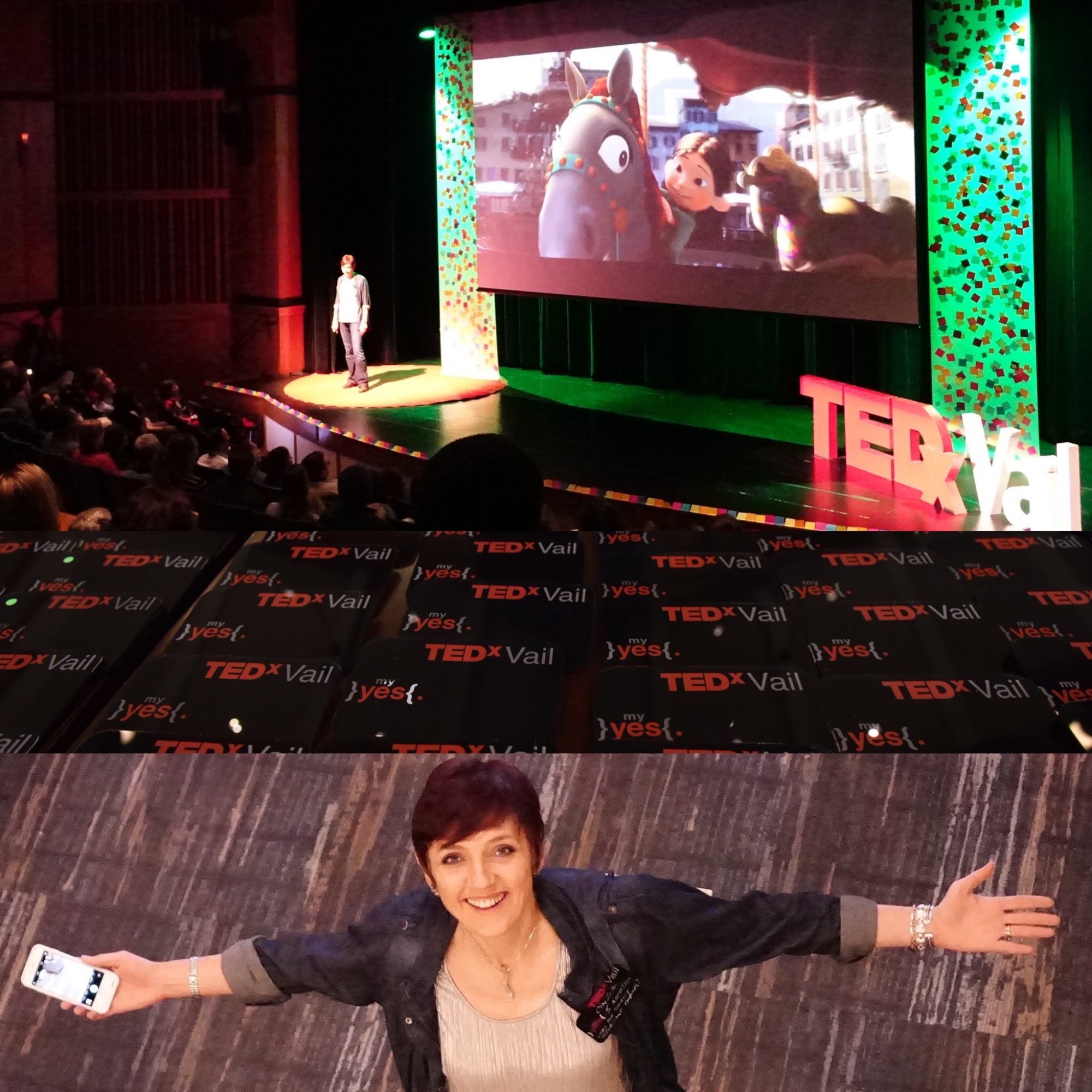