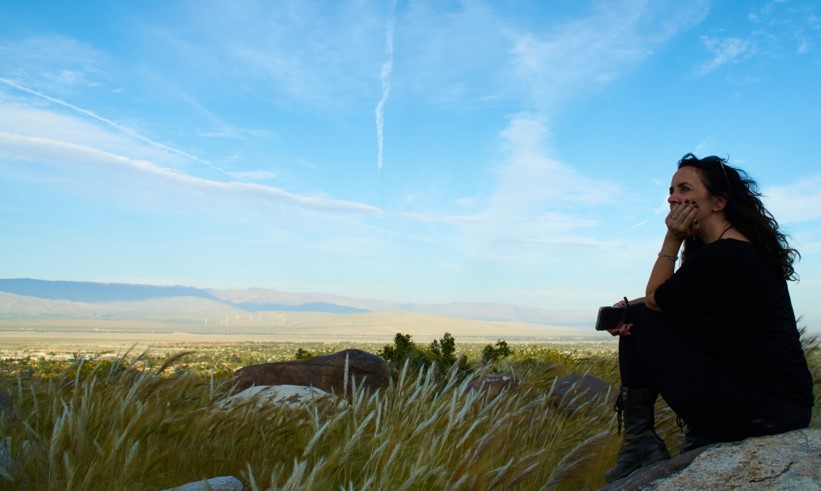 Today we’d like to introduce you to Ciara Moore.

Ciara, please share your story with us. How did you get to where you are today?
I’m a visual artist from Dublin, Ireland where I lived most of my life apart from a couple of years in Berlin during my late twenties. I had a daughter in my late teens so college was out of the question until she was older. While we were living in Berlin, I applied to art colleges in Ireland and we moved back to Dublin when I was accepted at the National College of Art & Design (NCAD). The course was full time and I worked at a bar at night so it was hard work but I loved art college. Although I was in the painting department, I was making video art by the 2nd year of the four year degree course. I completed my BA in painting in 2000 and was awarded the CAP Foundation award for my degree show.

That award gave me a purpose built studio in Dublin for a year with an exhibition and catalogue at the end of it. During the initial years after graduating, I earned a living as a scenic artist on theatre and opera sets and as a part-time tutor at NCAD. I got some commissions, awards, and funding to produce video installations between 2000 and 2007. There were better opportunities for artists in those years and I had exhibitions in Dublin, Cork, Kerry, Belfast, Calgary and in Crete after a three-month residency at the Centre of Contemporary Art. In 2007 I felt ready to do an MA and decided on the newly inaugurated ‘Art in the Contemporary World’ MA at NCAD. By then, I had become very interested in animal perception and communications and was enjoying the research.

After my MA I had a solo show in Ireland, following a residency in Tasmania and Melbourne. I then received funding to do a sound artists’ residency in the Amazon jungle, near Manaus, Brazil where I could record animal signals. When I came back from Brazil I had no studio and it was 2009 and the waining of the ‘celtic tiger’ meant things were tough for artists in Ireland. There were huge cut backs in arts funding meaning less opportunities to make and exhibit work. Lack of funding for theatre productions also impacted my main source of freelance work so I had to get a job in a book shop at an art museum.

One day Michael, now my husband, walked into the shop and six months later I had moved to Scotland with him. I had a studio in Glasgow but I never really felt settled there. My husband’s a Scottish/American cinematographer for feature films and TV and was eventually getting so much work in the US that we decided to move here. I came with him for a six-week shoot in 20015 and fell in love with LA. We’ve been here for over three years now and I still love it. I have a studio at Keystone Art Space which is only minutes from where we live in the Art District. It’s a fantastic studio complex with a gallery space and lots of interesting artists. I had an exhibition at the gallery in April 2017 and will show there again next year.

Great, so let’s dig a little deeper into the story – has it been an easy path overall and if not, what were the challenges you’ve had to overcome?
Well, having a child at nineteen was a life changer but I’ve never regretted it, especially that now I’m a young grandmother to my two year old grandson. The hardest thing about enjoying the creative freedom I have here is being so far away from my daughter and grandson who live in Berlin. I visit as often as I can but it’s a long way! Career-wise the biggest obstacle for me here is finding opportunities to exhibit. I don’t yet have all the necessary connections so I’m still trying to navigate that whole situation, but it takes time. Also, like many artists, I work alone in my studio so striking a balance between the necessary solitude and connecting with new people is a challenge. Having said all that I have great friends here and we have open studios twice a year which are always lively and well attended and there are exhibition events every couple of weeks too. I’m happy to arrange studio visits anytime so please get in touch if you’re curious!

We’d love to hear more about your work and what you are currently focused on. What else should we know?
I’ve used drawing, video and multi-media installation in my work and it’s always somewhat informed by research into natural phenomena. Recently I’ve been working with the concept and color black. This initially began through my research into animal communications, display and camouflage systems where light, rhythm, and repetition come into play.  I’ve taken lots of trips to the desert and last year we went out to areas that were affected by the wild fires. Living in LA has made me think more about movements and energy in nature such as tectonic plates, wildfires, light waves and so on.

My black palette includes compressed charcoals, pigments, and waxes. Some drawings incorporate charcoal made after collecting the burnt wood from sites of wildfires.  I pound it into powder and collect it through a fine gauze to use as a pigment. I render old gas station road maps illegible with it too, which is a reference to my concerns about climate change. I also make sculptural objects with charred wood, charcoal, felt and beeswax. My ‘Black Unfoldings’ series fall somewhere between drawing and painting and have sculptural aspects in the creases, contours, and folds of the paper. I also make large ink drawings using silk cocoon fibers to make the marks. These drawings are intuitive and wholly imagined landscapes which can be perceived as internal biological systems or aerial maps and I think of them as both at once.

Do you look back particularly fondly on any memories from childhood?
Whenever I try to think back to my childhood, I realize what a poor memory I have. My father took photographs and Super eight footage of my brother and I for a period in the 70’s and sometimes I don’t know whether my memories are real or seen in photographs. I do have some recollections though which I know are my own like playing in a corner of the back garden building fairy lands with mud and water. My favorite memories are of the Neolithic Passage tombs in Ireland which are over 5,000 years old. I think those early experiences of exploring ancient, dark, beautiful and mysterious sites really affected my creative imagination. 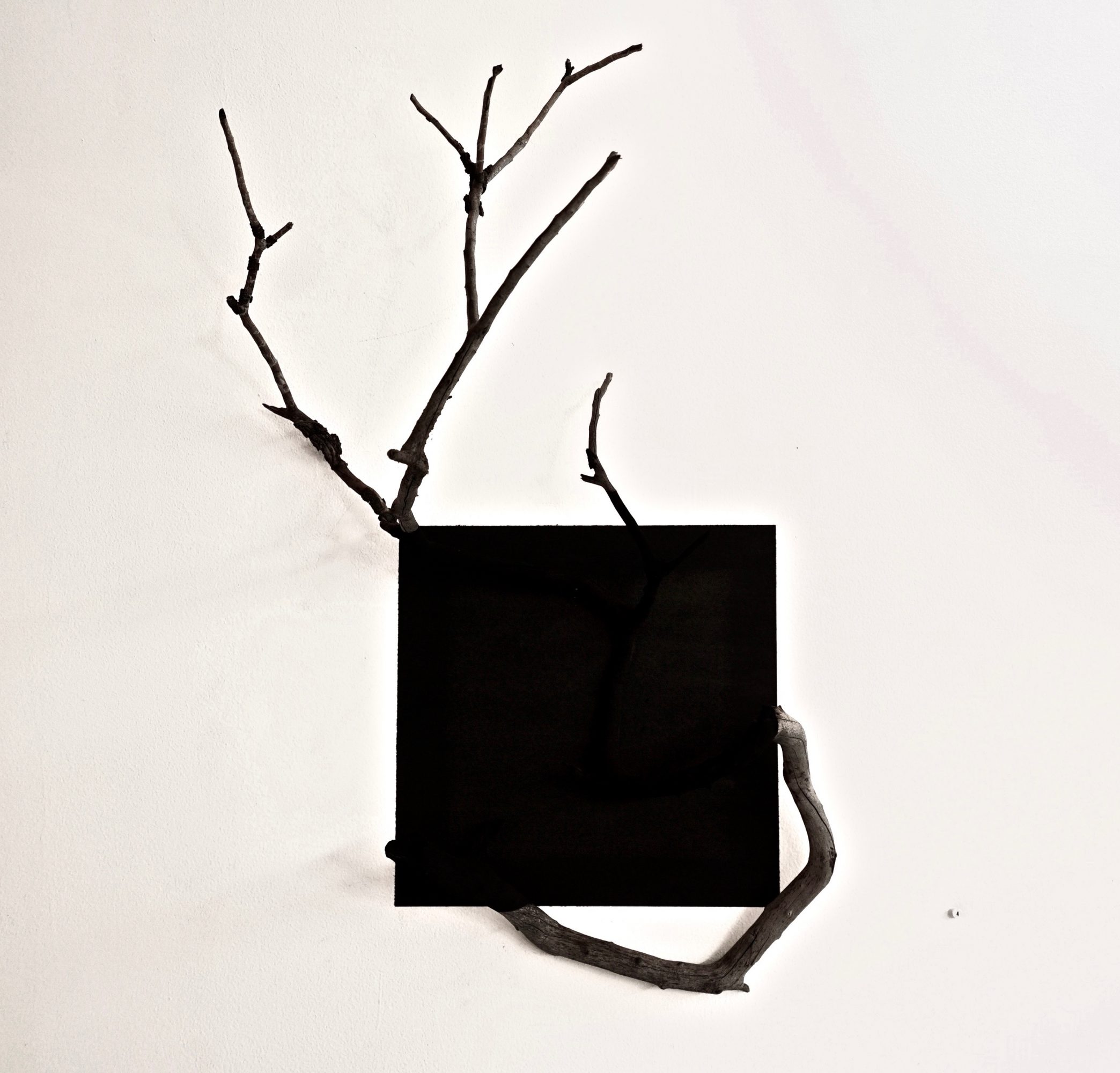 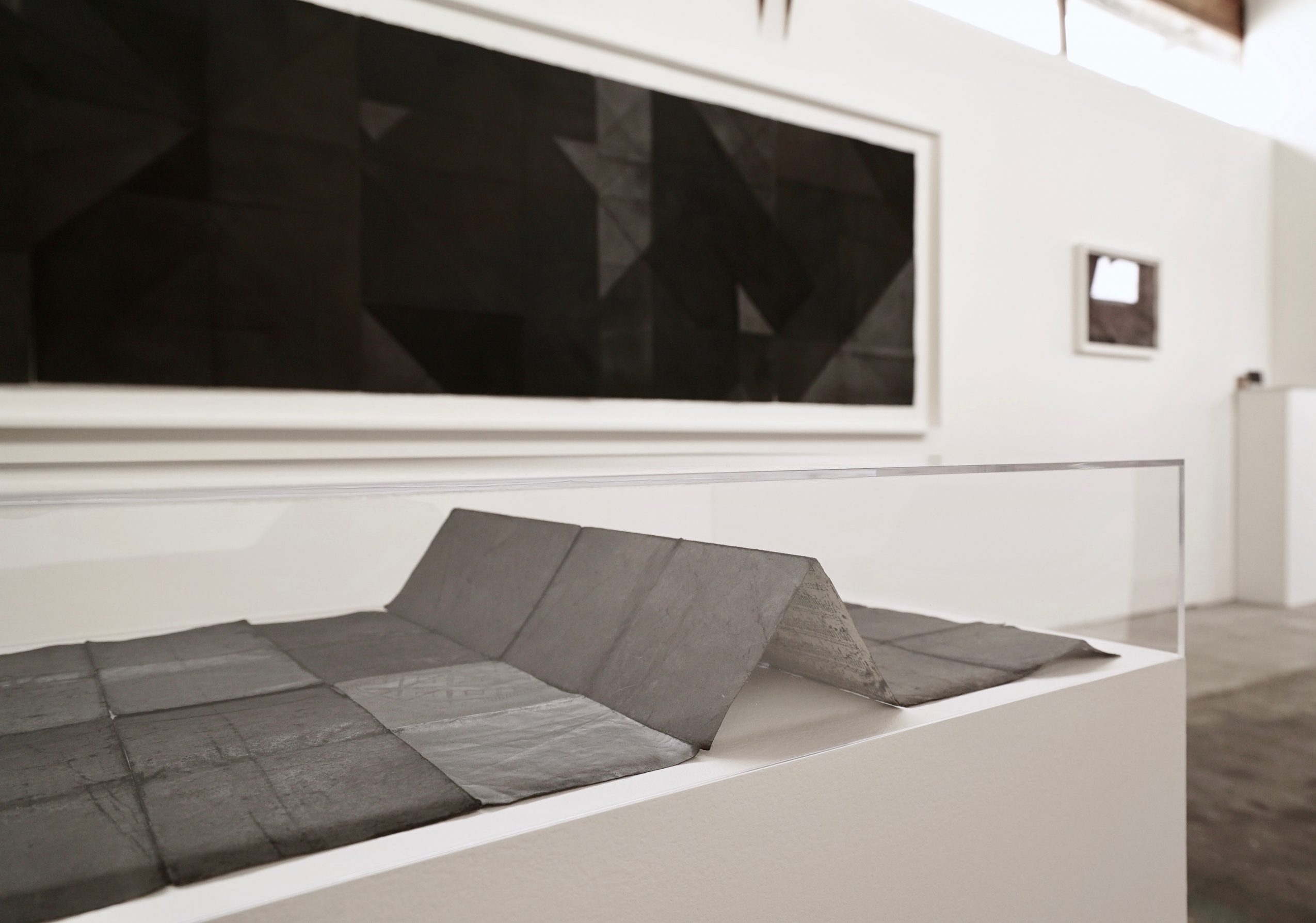 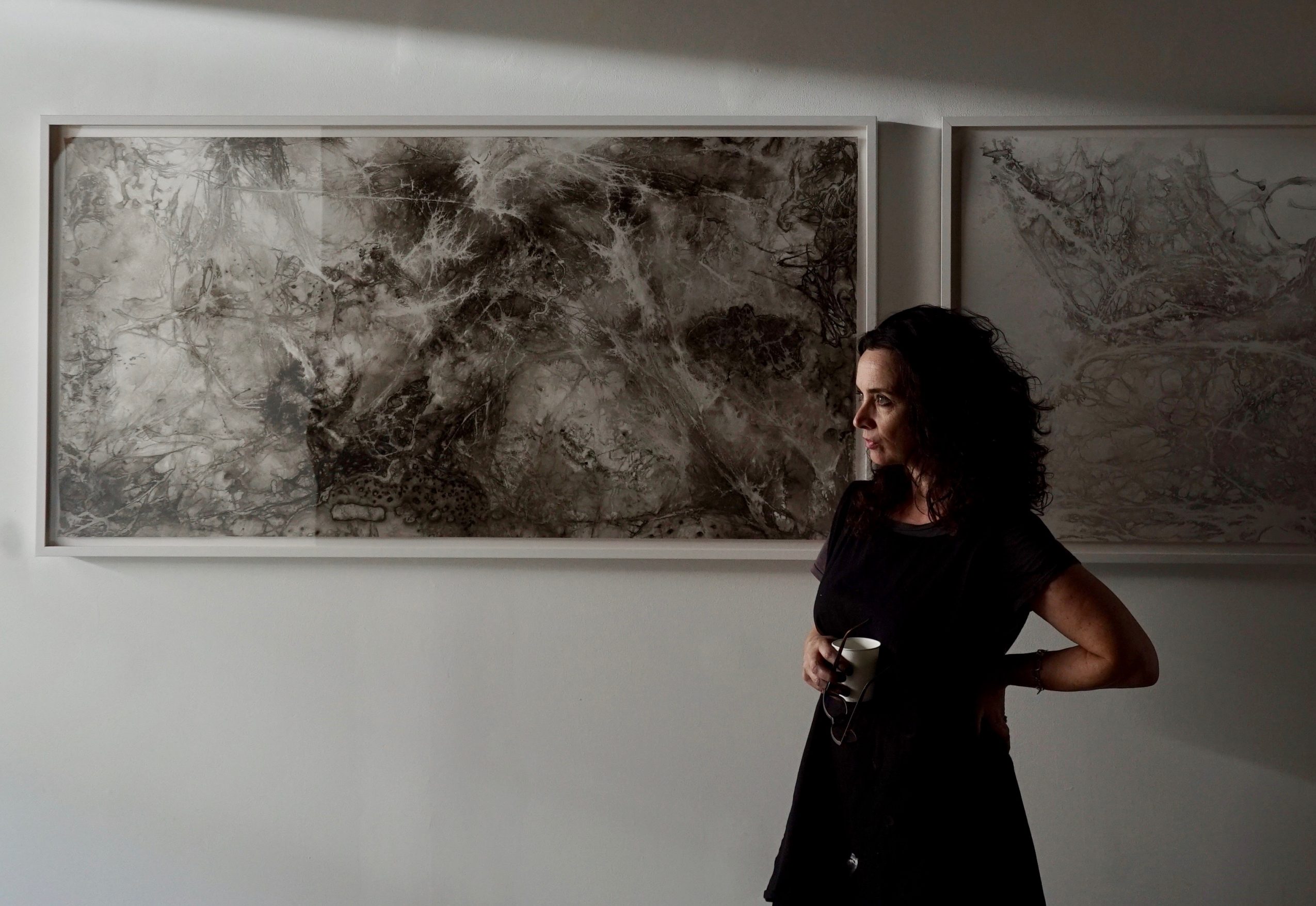 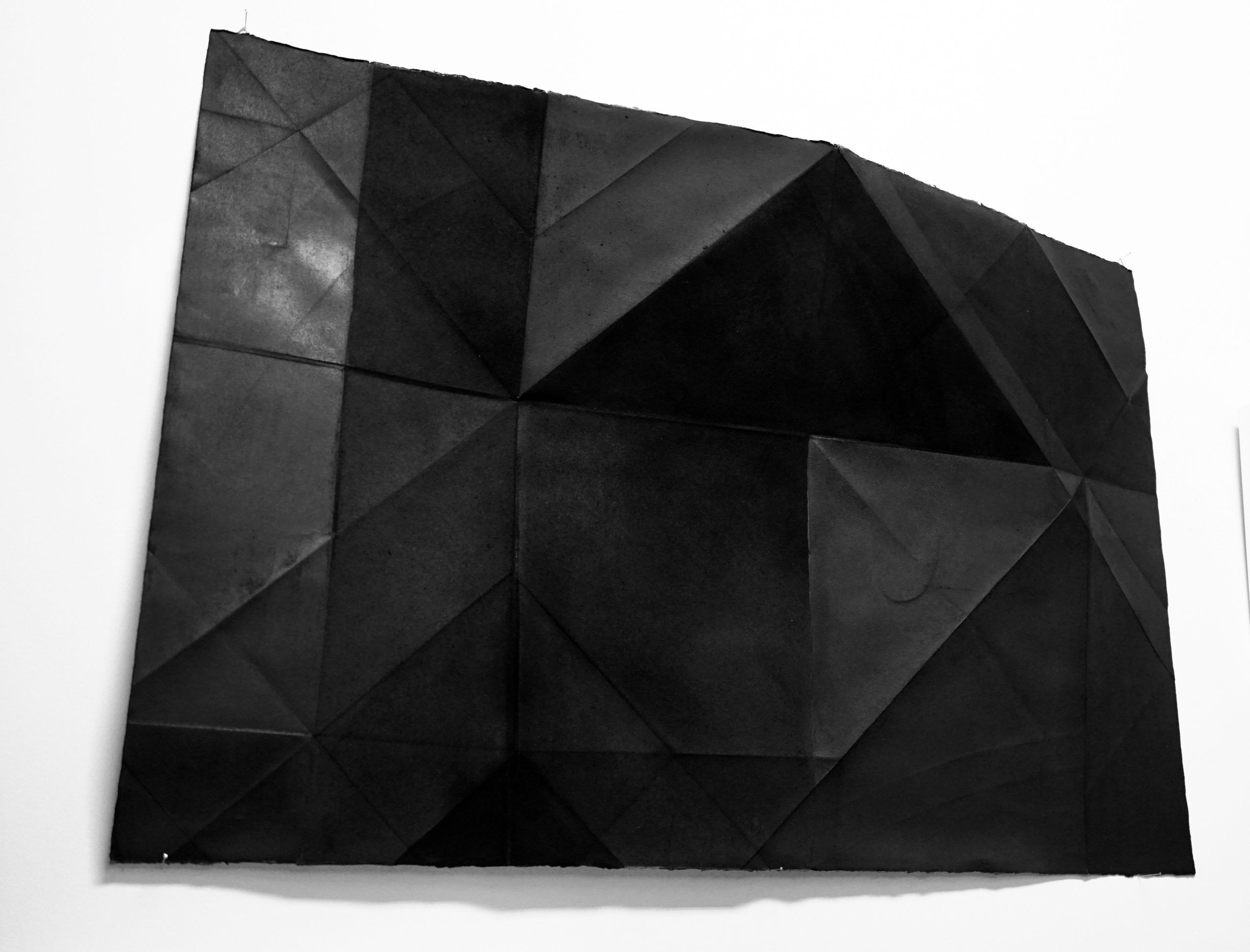 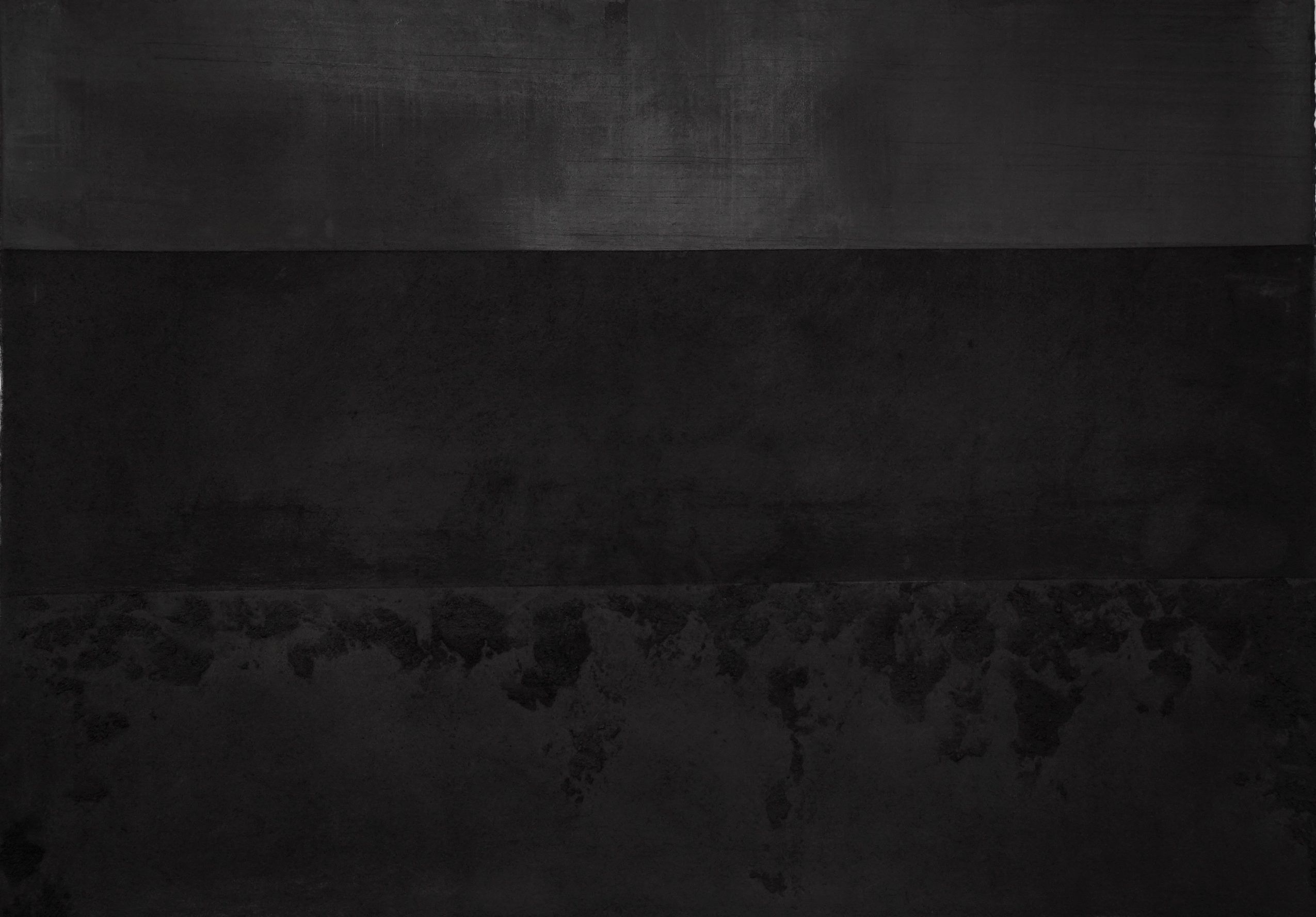 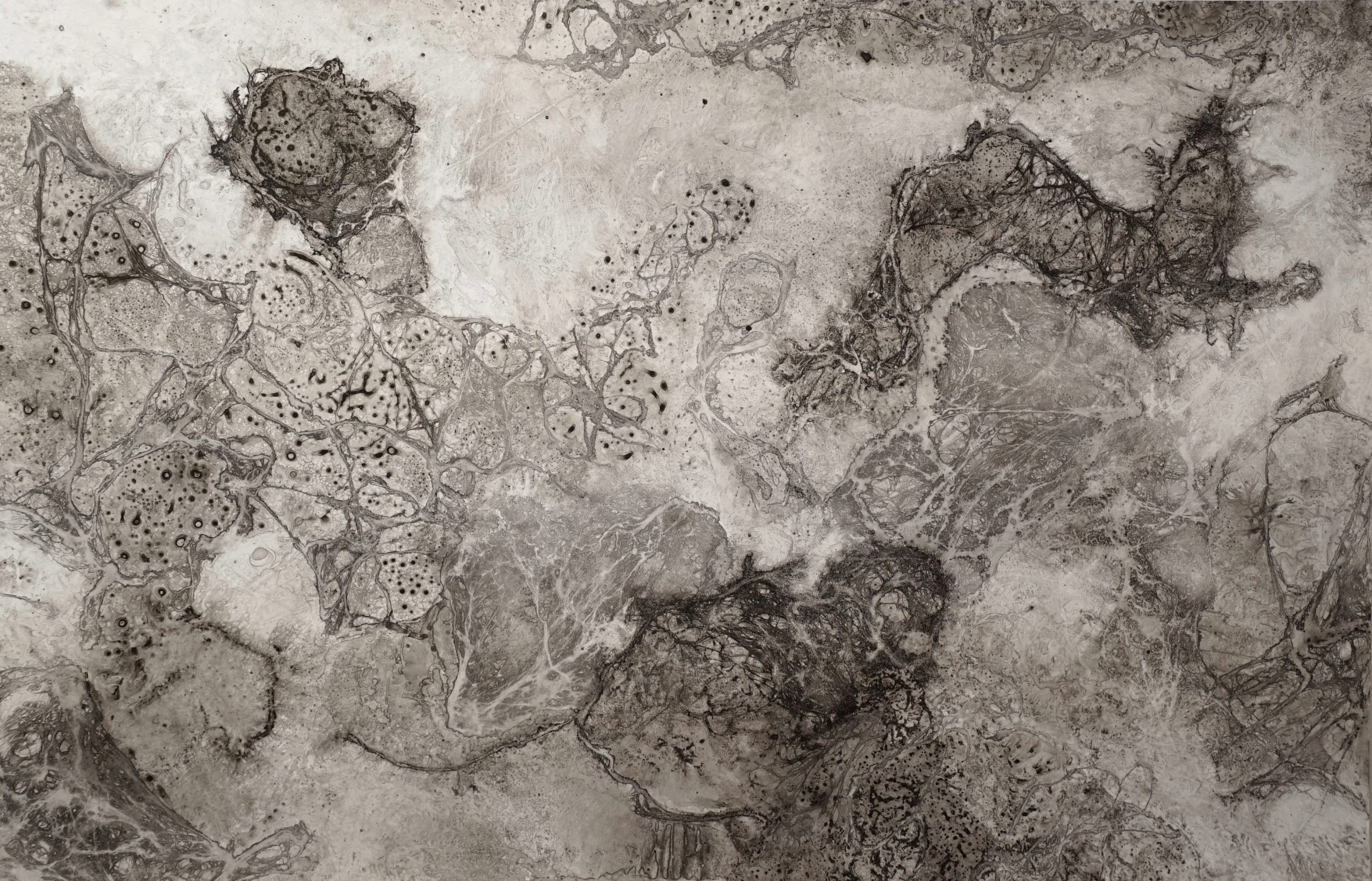 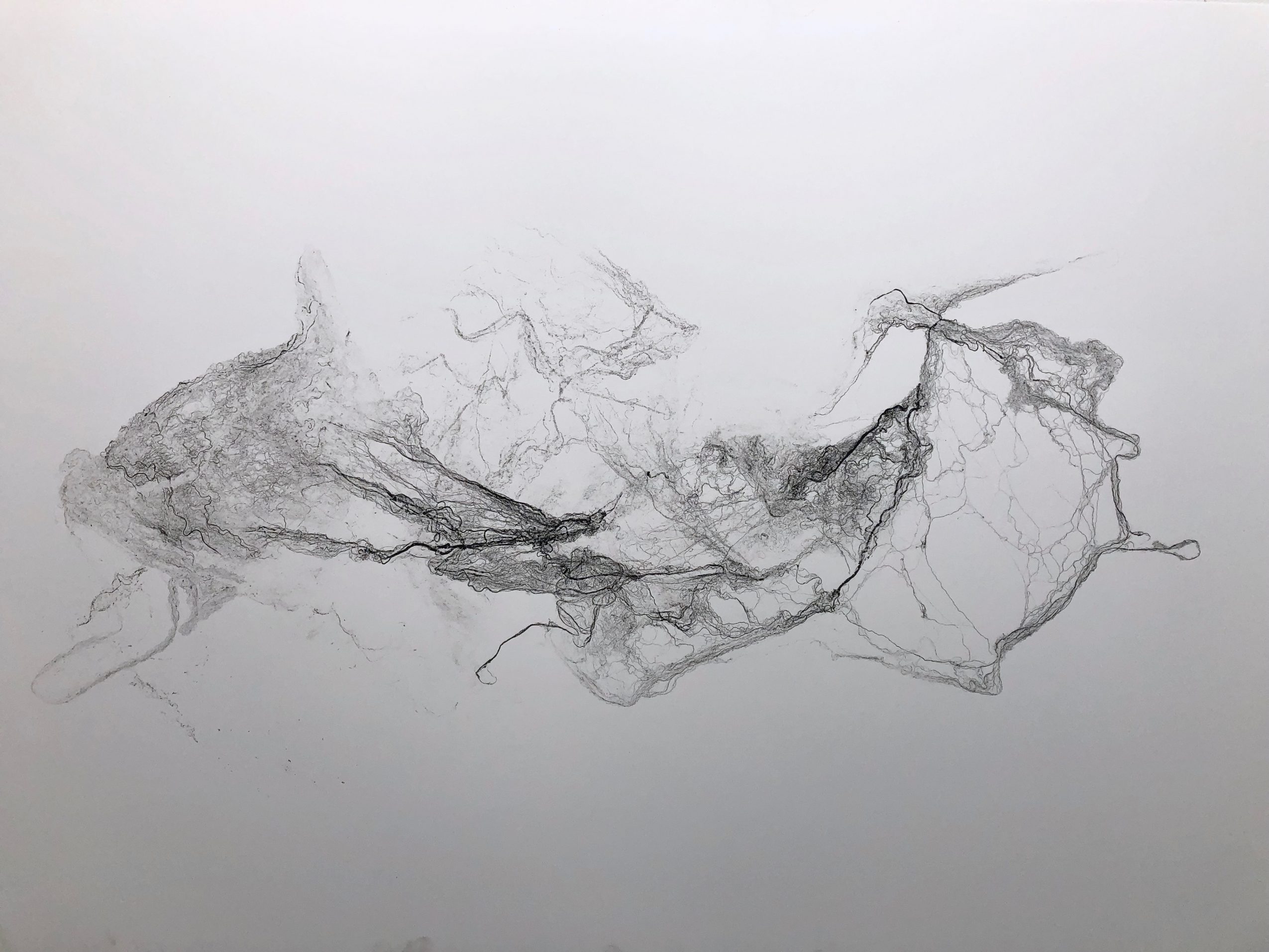 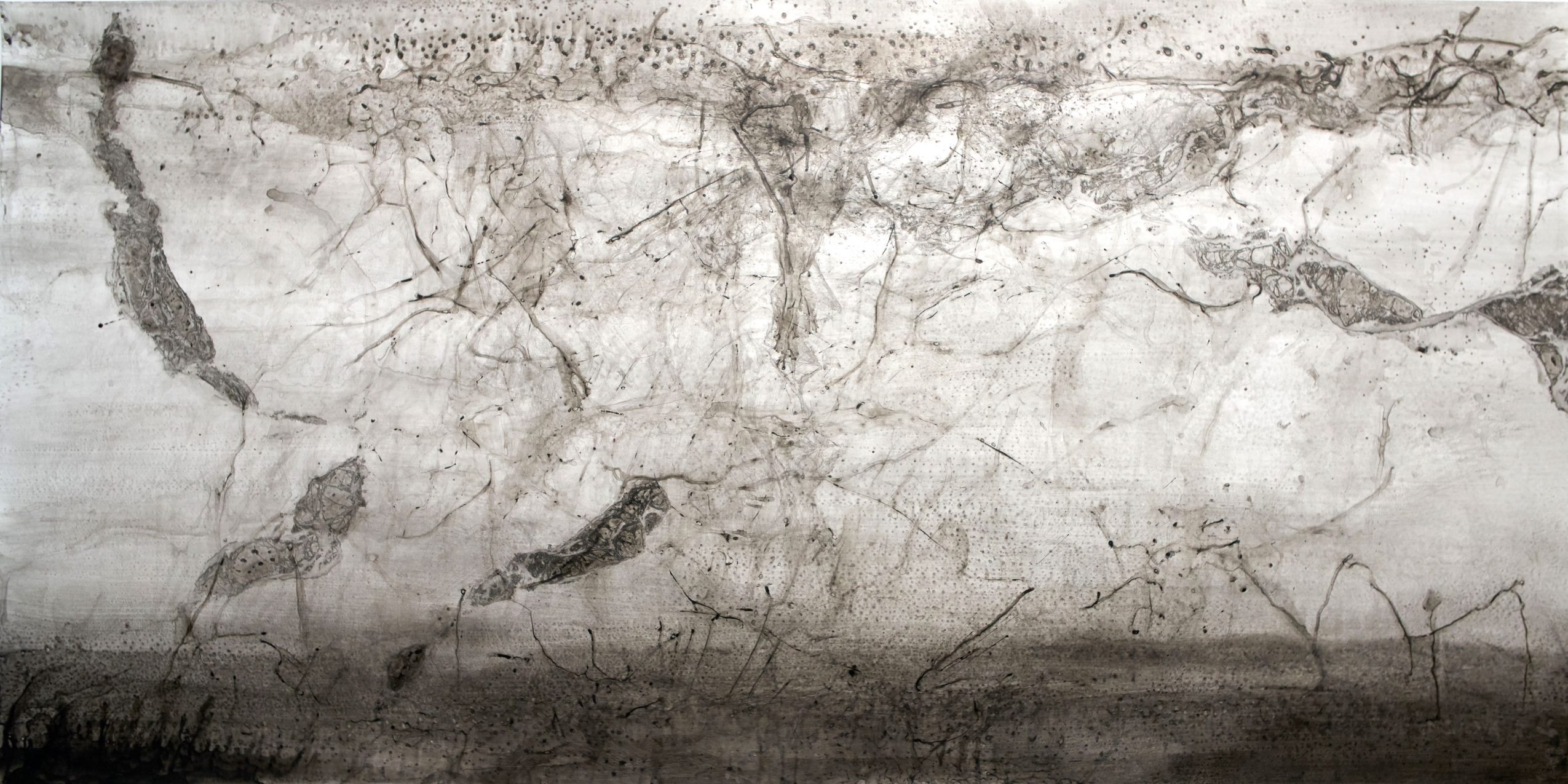