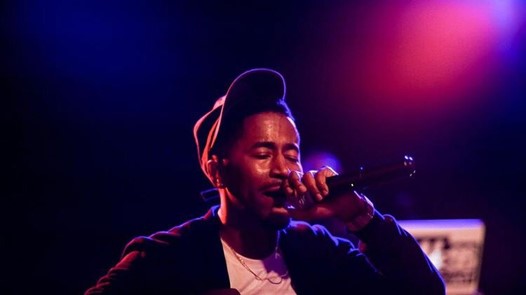 Today we’d like to introduce you to Cedric Ingram II.

Cedric, let’s start with your story. We’d love to hear how you got started and how the journey has been so far.
I always get nervous about these type of questions because I am known to be “relevant rambler.” I’ll do my best to highlight key points! My love for music started at my great uncle’s church on Florence & 4th Ave when I was three years old. I didn’t always behave the best in church, but when it came time for 2nd Sunday I was youth choir ready!

I loved to sing in the choir because I liked to entertain and all of my cousins were in the choir, so it felt normal. As I grew older, I took my talents to school talent shows, school choirs, and competitions at 54th Street elementary and Daniel Webster Middle school. My boy Agyemansta is who got me into the recording and writing side of music.

Agye’s dad is a Leimert Park Legend who has always been musically inclined. Agye would get to play in the garage with all of his dad’s equipment when we were about nine or ten (when we weren’t messing up the front lawn playing football all day).

Agye, myself, and our other good friend Bash started acting as if we were going to be the new G-Unit! I look back at those days and really get a good laugh because we were talking about having guns and selling dope knowing DAMN WELL we weren’t doing any of that. We grew up around it all being that we lived off Slauson and Crenshaw, but at nine and ten we weren’t doing it… yet.

After a stern talking to from Agye’s cousin QwessCoast (who was really like our big brother), we changed our consciousness (got older and mature) and began developing the delivery of PURE and AUTHENTIC messages, that still provided commentary on urban life and growing up in the hood. But it was our reality, not a made up one.

In the midst of our “emerging rap careers” I was being transitioned from my mothers home to a foster home. This was a low point in my life because my mother was like my best friend (when not being disciplined) and I felt like the world was over.

I kept writing raps, but my academics suffered severely (which was uncharacteristic of me). Finally, my dad (who was in Philadelphia) took necessary steps to obtain custody over me, and at 15 years old I left LA to live in Philly with him. This literally changed the projection of my life.

Prior to the move, I was attending (or lack thereof) Crenshaw High School. I cut class daily, smoked a lot of weed, gambled, and anything else you WEREN’T supposed to do at school.

I stayed in cyphers however and always worked on my writing, singing, and rapping chops. After I moved to Philly, knowing my dad wasn’t going for the weed smoking, gambling, and ditching, OR ELSE… I cleaned up my act and finished 11th grade with a 3.87 GPA. Doing this recalibrated my mindset and in 12th grade, I joined an academic team called Mock Trial and ended up winning the state championship in Pennsylvania.

(YOUTube search 2008 PA State Mock Trial Champions). Alongside that, I co-directed, co-starred in, and scored, several stages plays at Overbrook High School (Will Smith & Wilt Chamberlin’s alma mater). This propelled me into the college scene where I played football and graduated in four years.

In college, I released two solo mixtapes on datpiff.com (not sure if they’re still around), opened various Spring Fling events for Meek Mill, Asher Roth, and performed in several showcases and talent shows attempting to better my long love.

After graduating and getting hired at Enterprise Rent A Car a month later, I was getting my fair taste of the corporate world. I learned how businesses are run, accounting, managing people, accounts, expenses, etc… It truly made me feel like I could run my OWN business!

In a decisive move, I was able to get my job to transfer me from Philly to Los Angeles! I had a plan to submerse myself in the music world as an independent artist (had no idea what I was getting myself into).

After the transfer, I stayed with Enterprise for about a year longer, and at that point, I had enough of working for someone else. I also turned down two small record deals from subsidiary labels primarily because the terms were not agreeable. See in my journey I did a lot of reading, namely “Al the Things you need to know about the music business” by Donald S. Passman.

That helped me protect myself and my intellectual property. During this expedition, a major inspiration to me, Nipsey Hussle, was beginning to achieve the notoriety that I thought he longed deserved while I was still living in Philly. He was setting new precedents every year in the music industry from opening a store in his own hood to selling a mixtape for 100 dollars.

These moves motivated me to legitimize myself as a brand and as a business. As a result, I went down the county clerks office, and got me a DBA for my company Clay Dub Music! Just having this paper and an EIN number alone made me feel like I had accomplished something, but I knew there was a lot more to do!

Currently, I am still operating as a Creative Engineer and owner of my business, and it’s not just singing and rapping. I engineer recording sessions, I manage film and video productions, I manage and support community-related efforts, teach children, and anything else that can bring in some revenue to ascend higher on my journey.

Has it been a smooth road?
I don’t think anything worth having comes easy. Whether it be becoming the greatest ballplayer or baker, it’s going to take some strong will power and resilience to get through the adversity that comes, AND IT WILL COME!

I mean just for me, I have had my car repossessed twice, lost several jobs, stupidly gambled away thousands, and more things that I could have avoided had I acted more maturely and less brash. But the one thing that got me through was keeping my mind on what it is I am fighting for.

I created a little saying that I wrote in permanent marker on my dry erase board that says “WALK WITH PURPOSE.” If you walk with purpose everyday, you’ll do the things necessary to get where you are going in the big picture, no matter what hurdles you have to make it over.

We’d love to hear more about your business.
My Company Clay Dub Music is not just music. My companies mission is to make a cultural impact through creative art in music and production and to manifest generational transcendent wealth of knowledge and capital.

I achieve the mission by not limiting myself or my peers to diminutive titles. For example, a lot of musicians call themselves artists, which is cool.. But I consider myself a creative engineer. That means it’s more than just music its culture and it’s up to us here today to be the architects for future cultural prosperity.

I am known most for my endeavors as an “artist” where I have opened shows for Eric Bellinger, J.Holiday, and few other notables. But I also am the Curator/Host of a bi-monthly live show called Melody! This partnership allows me to showcase my talent and my peer’s talent in music, poetry, and comedy! The next show is May 23rd BE THERE!!!

I also do songwriting, engineering, vocal production, write and direct music video treatments, and anything else you need to be creatively engineered. Currently, I started a Campaign called the ATEY Bands Campaign. I created it to help high school seniors that attend schools close to Crenshaw & Slauson with paying for college. Please check it out at whoisClayDub.com/ATEYBands.

Is our city a good place to do what you do?
Los Angeles is the Mecca of Entertainment right now, and I think just being here you can accidentally fall into being an extra somewhere or booking a gig. So as far as making yourself into a brand and business I think it’s the perfect place to do it.

Think about it everybody in the world comes to LA to “make it big” and there are already talented people who live here who didn’t have to go anywhere! That makes for a melting pot of superior talent and would be a motivating factor for me if I was moving here… 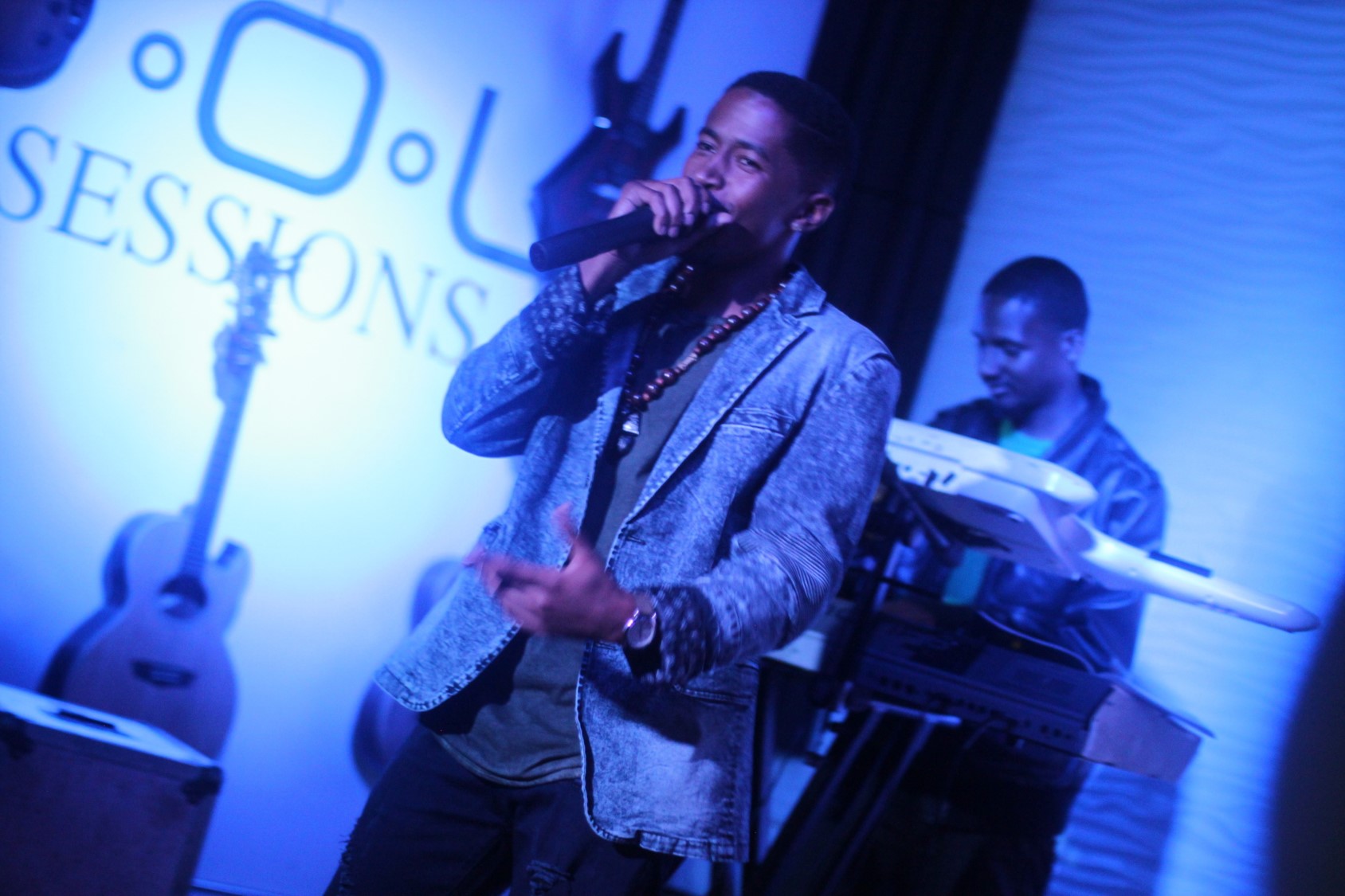 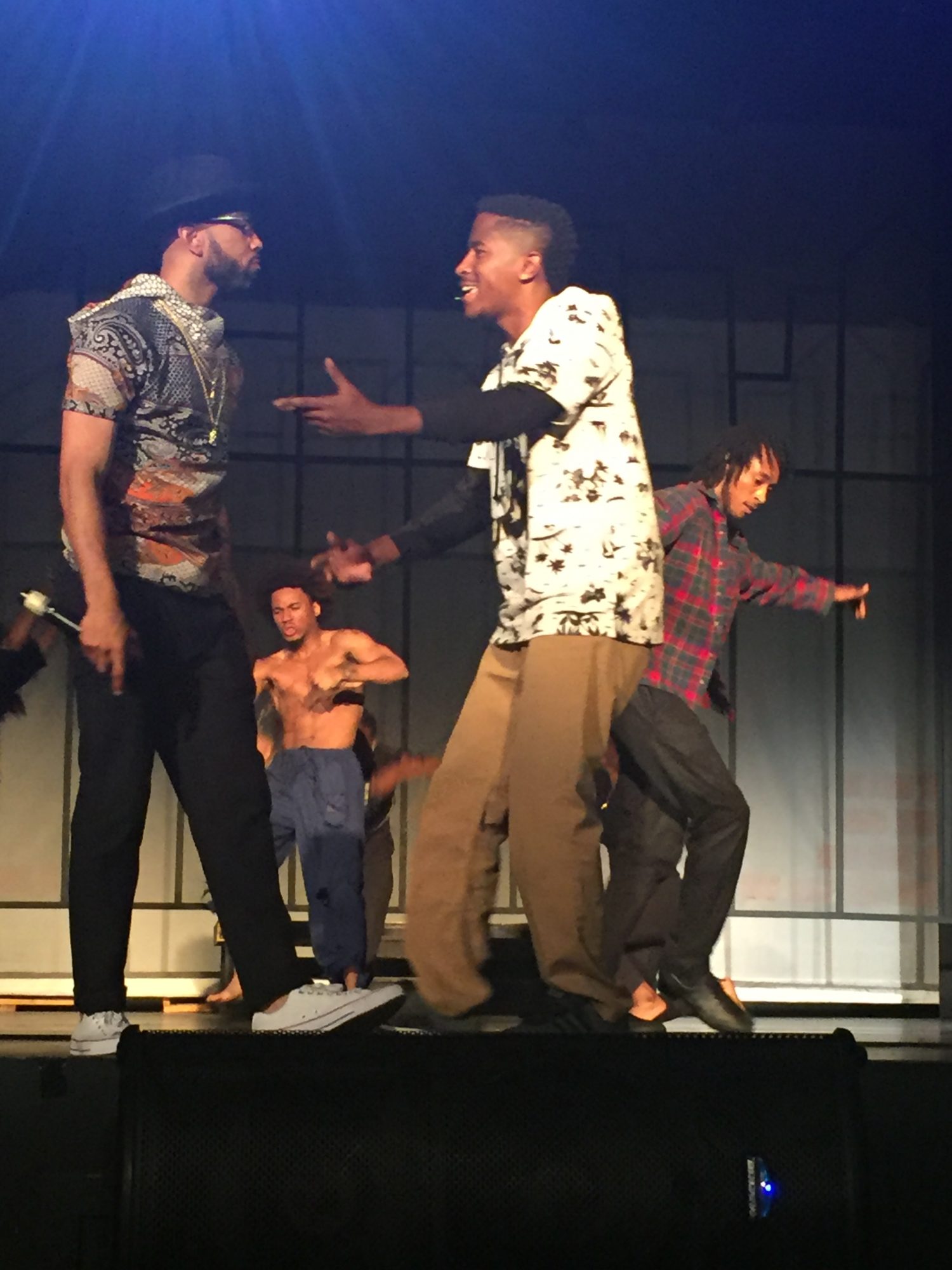 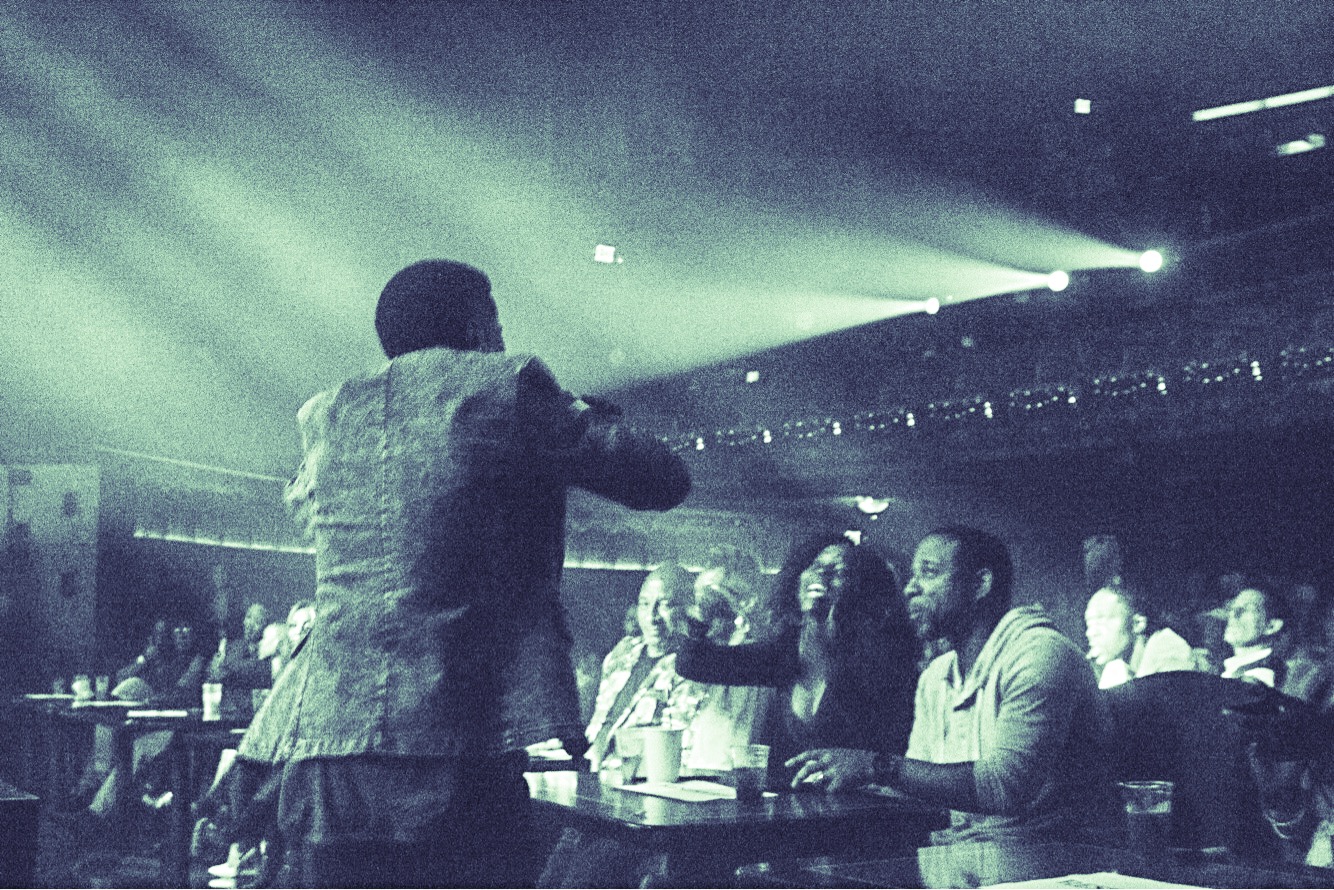 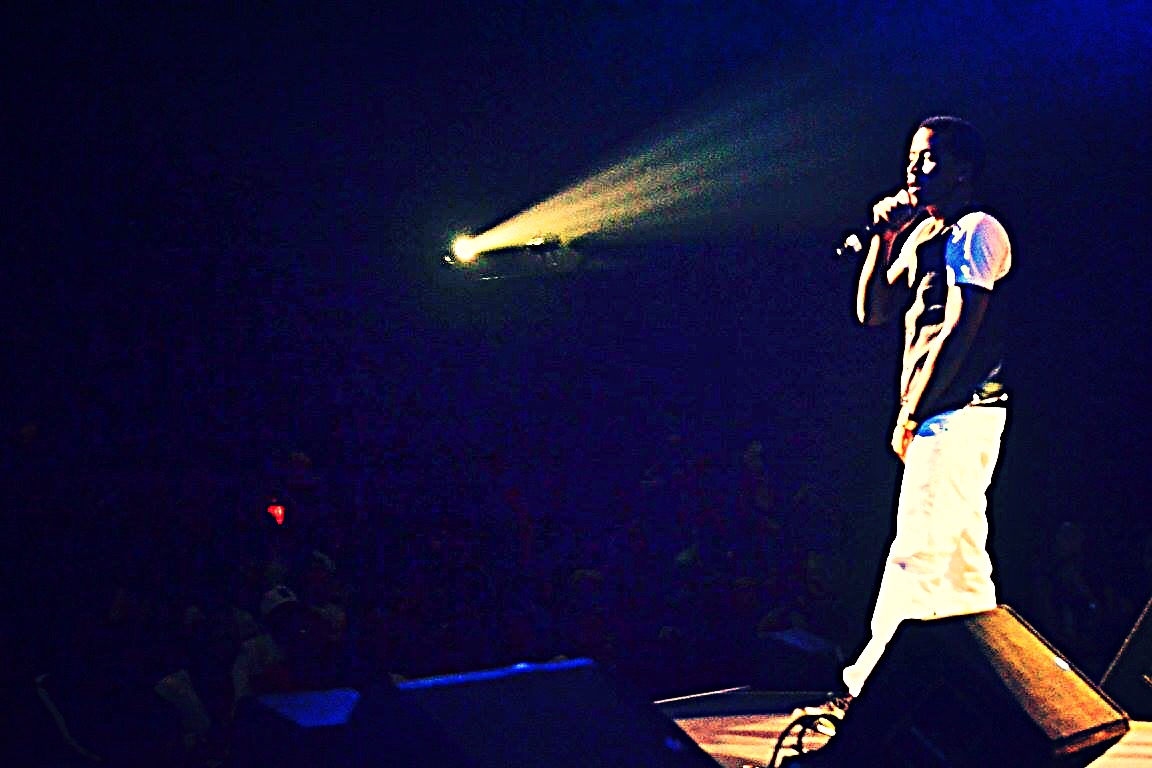 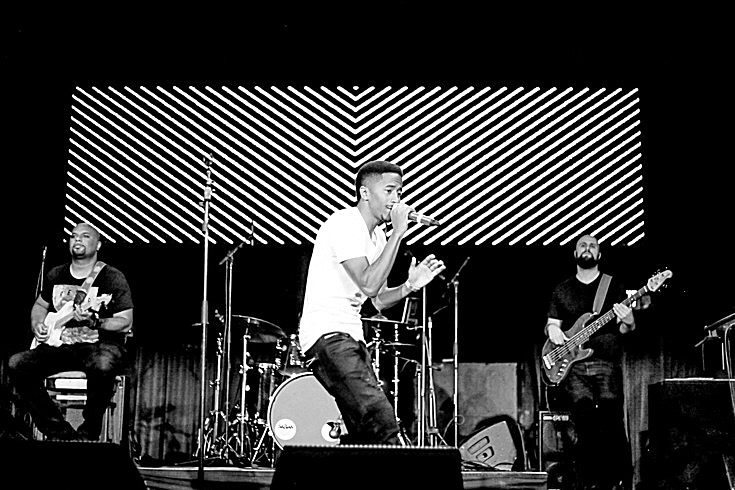 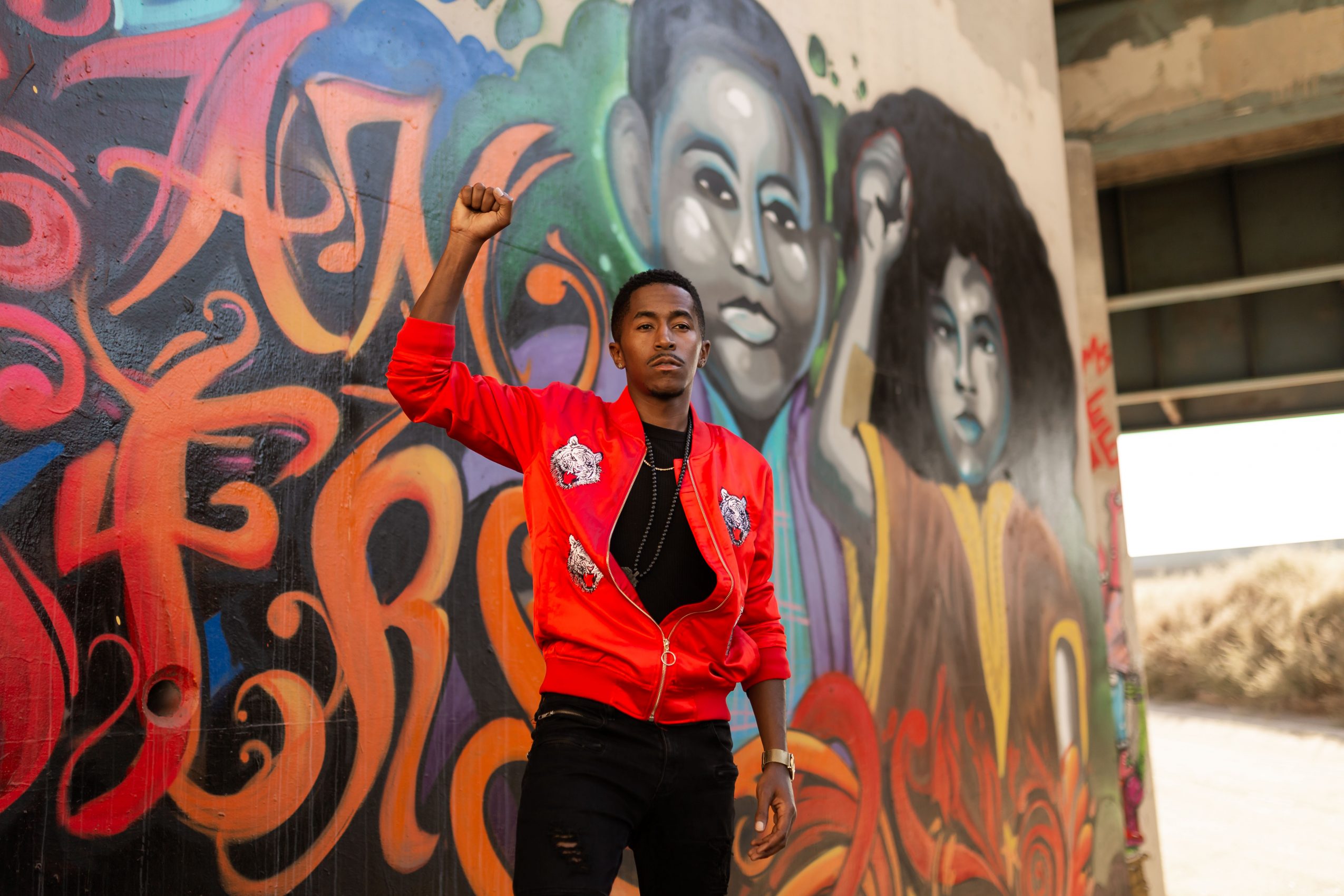 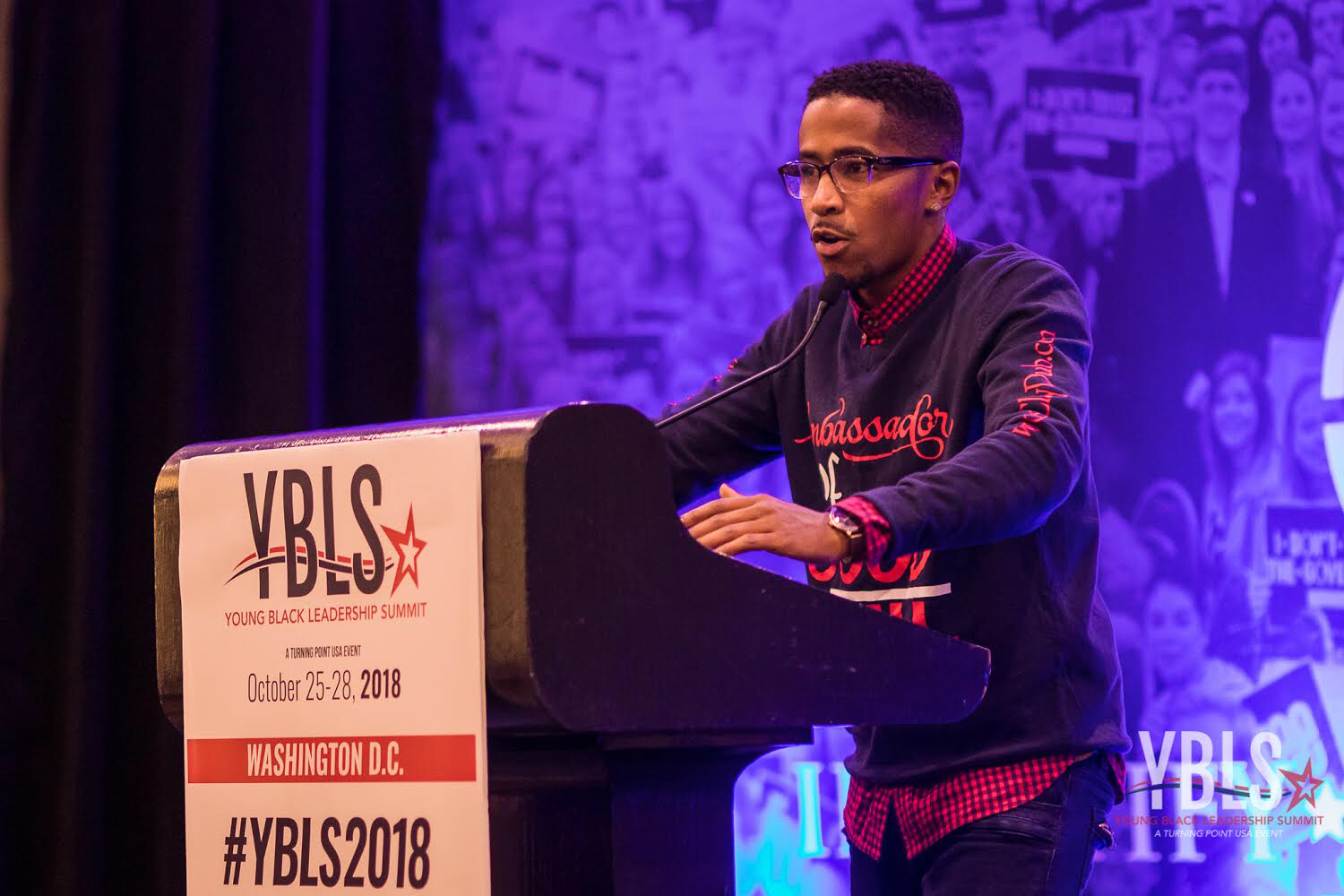