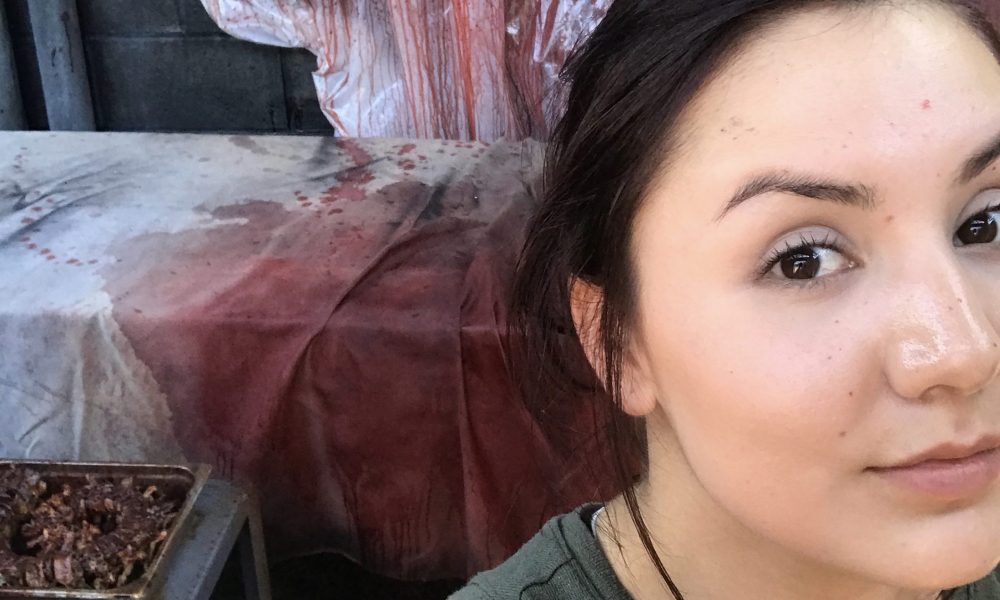 Today we’d like to introduce you to Cassie Lopez.

Every artist has a unique story. Can you briefly walk us through yours?
I knew from a very young age that I wanted to work in film – Honestly, I was about five when I fell in love with my first horror movie, “A Nightmare on Elm Street.” So that was really the inception of the path I was bound to go down (weird, right?)

So I grew up LOVING movies; I was always fascinated with a film’s setting, sets, props, dressing, and the overall look and feel of a film. I often found myself completely ignoring a character’s dialogue and instead, I would get lost in the world the characters were in. My eyes would immediately lock in on the shelving in the back, or on the parquet floor or the vaulted ceilings; always to the decor, rarely to the characters.

It was no surprise to my parents when my response to the age-old question, “What do you want to be when you grow up?” was always “I want to make movies.” Fast forward to college applications and there was only one college I wanted to go to: California State University, Long Beach – Obviously because my idol Spielberg attended. I refused to apply to any other college accept CSULB and my parents were definitely not happy, but back then I was overly confident and reckless as most younglings are. I bet on myself and was accepted into Long Beach State where I majored in Film and Electronic Arts.

While attending college, I applied to work at Knott’s Scary Farm in their props department. It was the best of both worlds, that job allowed me to dive into the “scary” and “thrilling” realm of entertainment. It was here that I fell in love with fabricating, painting, decorating and just overall being able to create with my hands. So that part-time job solidified what I wanted to do and that was to focus my time and efforts in the industry within the Art Department. Thus began my slow climb up a very tall ladder. While attending college and working part time at a theme park, I was freelancing on commercials, short films, and feature films as an Art PA. It was those jobs that led to more jobs that led to me falling in love with Set Dressing, then Set Decorating, and now Art Directing.

Because the jobs in the industry were not consistent yet, I chose to stay in the theme park entertainment world and grow my skills as a designer and fabricator. I spent five years at Knott’s and left to pursue a role within The Walt Disney Company. My portfolio of decorating and building (From both film and theme parks) set me up to be able to be a Park Decorator for the resort. However, my time there was short – About a year into working as a decorator I applied to Universal Studios, Hollywood. This jump is what really catapulted my career. I was fortunate to jump onto the prop team that would be decorating and installing “The Wizarding World of Harry Potter.” Now THAT was a dream come true. I am a die hard Harry Potter fan, I grew up with the books and loved the movies so when I found out I was going to be apart of the team that was going to bring that world to life – I ugly cried. To me, that was a once in a lifetime opportunity, so I dropped everything for it. I took a break from freelancing and focused solely on this project. As a result, I found myself with an amazing job with some of the best artists at Universal Studios.

When that project wrapped and we opened, I continued work as an artisan for Universal Studio’s Halloween Horror Nights – where I stayed for almost five years. During that time, I worked on HHN, Grinchmas, Lunar New Year, Spring/Summer atmosphere and overall decor for the park. About three years into working at Universal, the rumor mill began spinning that “Star Wars Land” was coming to Disneyland. THAT WAS THE SECOND DREAM I knew I had to be apart of. The stars aligned and I took a break from Universal and dove headfirst into props/decor for Star Wars Galaxy’s Edge. That was over a year of working long hours, hard days, and literal blood sweat and tears. When the project ended I was able to go back home, and jump onto the design team for Universal as an in field Art Director – If I can stay there and grow old making Halloween I would be the happiest person on this planet, for real – but for now, I am stepping away from themed entertainment and going back to my roots…

Over a decade of hard work has led me to today; I am an Assistant Art Director for Laika Studios. Every job I went for, every person I met, every chance I took was for this opportunity. I now work for an award-winning studio, doing exactly what I love – Making movies.

Please tell us about your art.
I like to think of myself as a Jill of all trades. I began my journey as a prop fabricator for a Halloween event. That meant I made anything and everything from bloody corpses, tattered dressing, foam carving, mold making, silicone casting – You name it, I did it.

Something that is really special to me when working in theme parks is being able to create something that guests/fans will love and enjoy for years to come. It’s one thing to help create a seasonal event (like Halloween) that has its own rewards…but to create a land that I know my kids and my kid’s kids will be able to enjoy is an amazing feeling.

I’ll never forget when we opened The Wizarding World of Harry Potter; we saw the guests enter the land and see it all for the very first time. To see fans crying when they saw the castle made it all worth it in the end. I can say the same thing about the Millennium Falcon in Galaxy’s Edge; seeing the fans turn the corner and see her for the first time in unforgettable and made every hard day and every exhausting moment all worth it.

Choosing a creative or artistic path comes with many financial challenges. Any advice for those struggling to focus on their artwork due to financial concerns?
It was definitely a challenge getting started, a lot of the gigs I took did not pay – Back then it was acceptable to hire PA’s and call them “interns” and not pay them…My biggest advice now is DON’T WORK FOR FREE – Minimum wage at least. That type of free labor should not be allowed anymore unless it comes with the promise of college credit (I never did that so I can’ speak to it) You should be paid for your time and for your skills – know your worth.

I knew I wanted to succeed in film making but that didn’t pay the bills in the beginning or even halfway through… As a result, I took part-time work in theme parks to help pay the bills and in my spare time, I jumped on freelance jobs. It was A LOT of juggling and alot of long days…I had to work 60 hour work weeks and during “peak” season it was even more.

A resource I have utilized to find work are Facebook groups! There are an abundance of film-oriented groups that post listings of labor needed. Anything from needing an editor to needing a Production Designer. These type of platforms are a GREAT tool to use to pick up a gig here and there,

How or where can people see your work? How can people support your work?
My work can be seen throughout Universal Studios, Hollywood and the Disneyland Resort. Next time you go to Galaxy’s Edge, take a peek into the Cantina. All those cables and hoses I had a hand in dressing and installing. Take a stroll in front of the Millennium Falcon, all those pipes and panels were installed by yours truly.

Or if you find yourself in The Wizarding World, me and my partner in crime dressed several window displays and one most famously being the Cauldron Window. We also had a hand in decorating all the interior stores and most of the exterior props (Those suitcases next to The Hogwarts Express look mighty fine)

And down the line, you will be able to see a feature film I helped Art Direct hit the big screen. 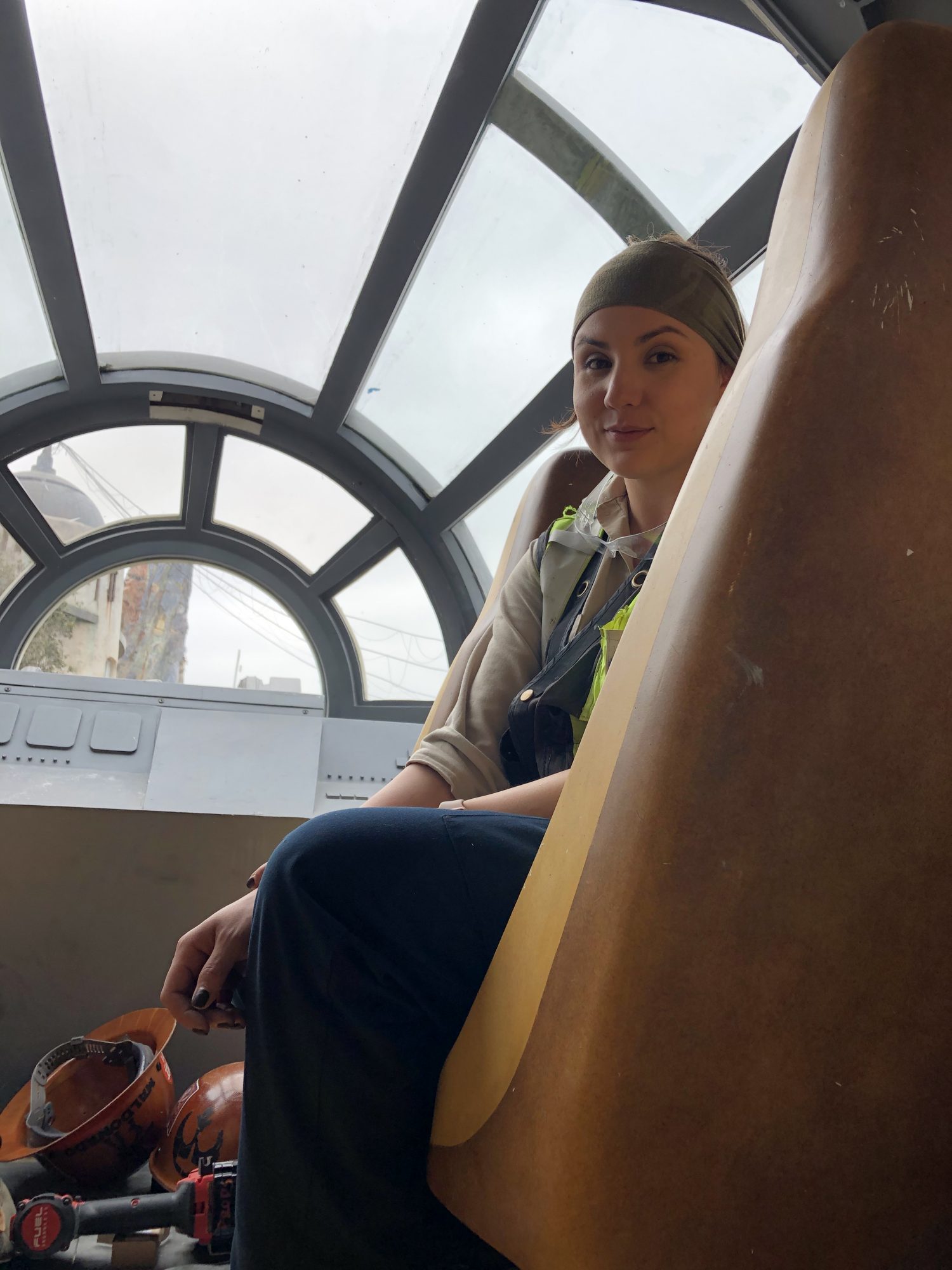 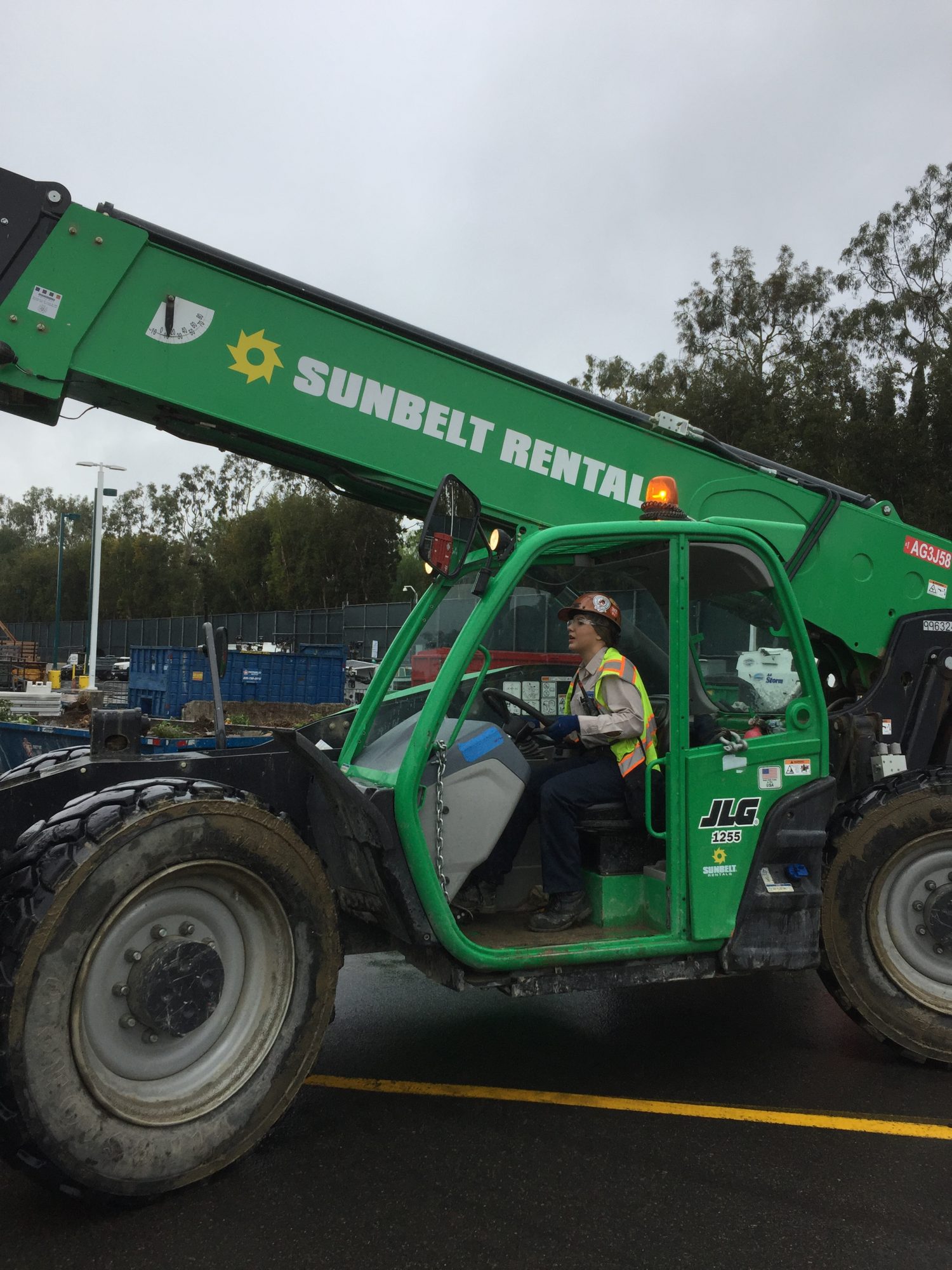 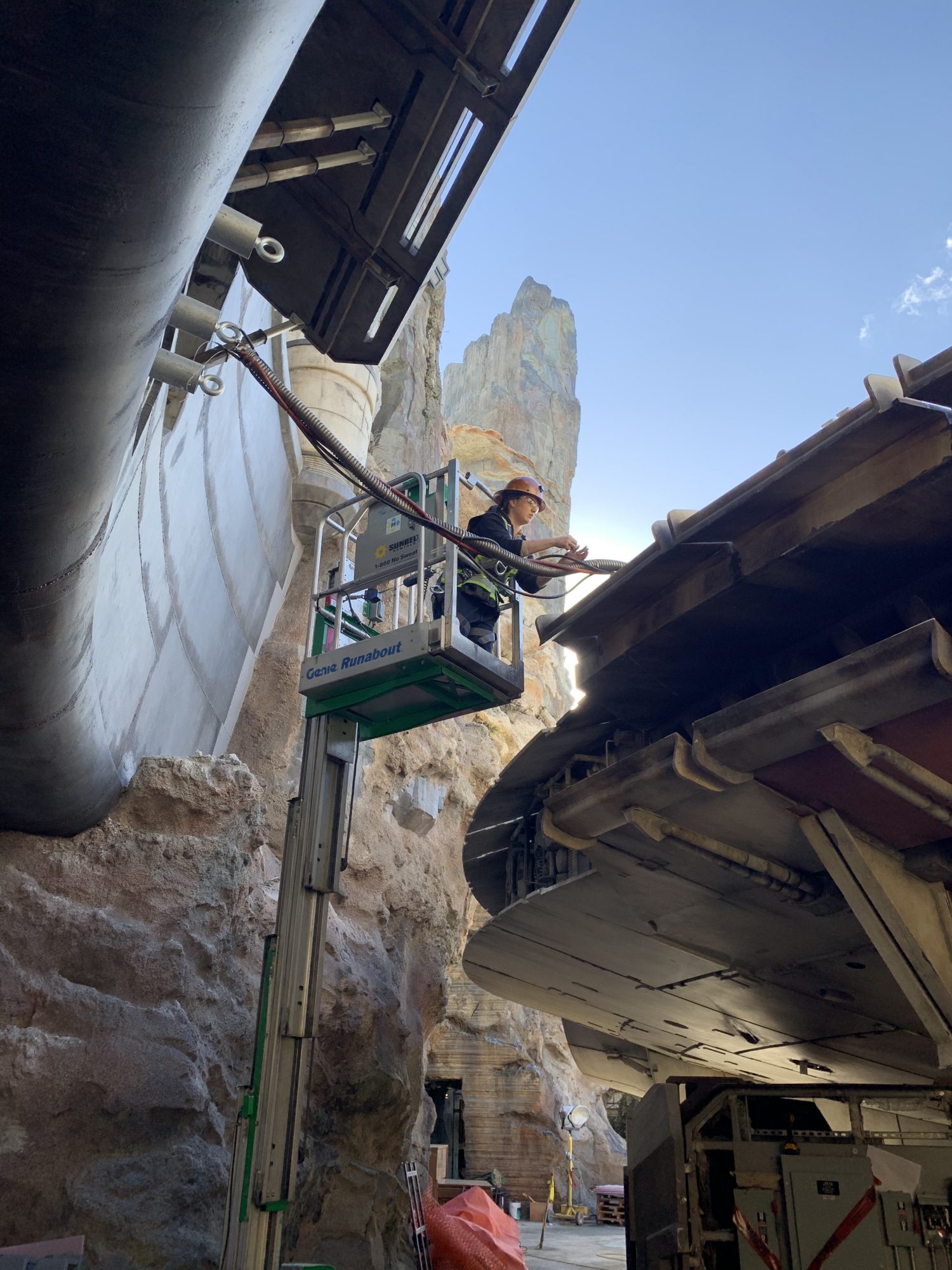 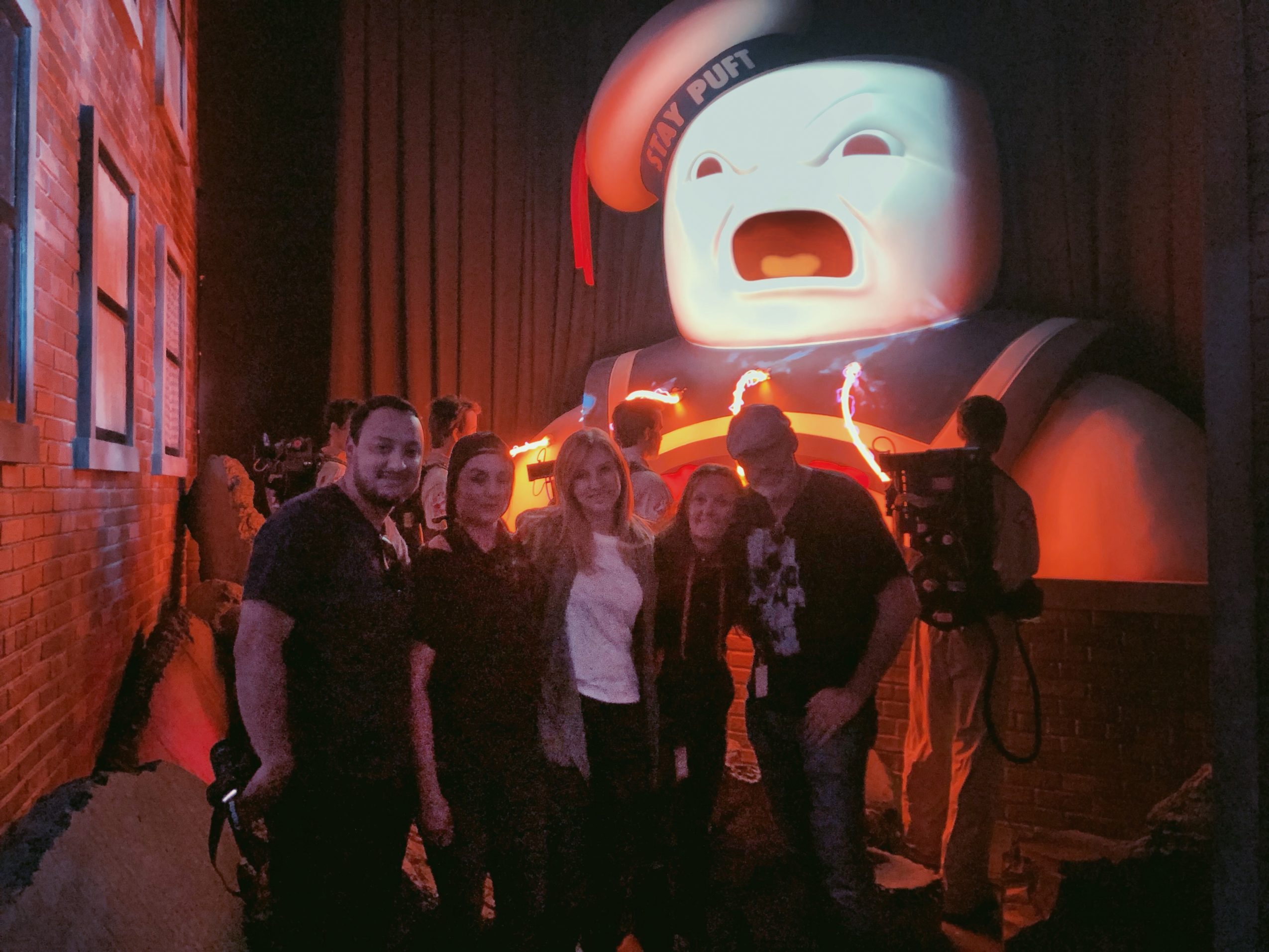 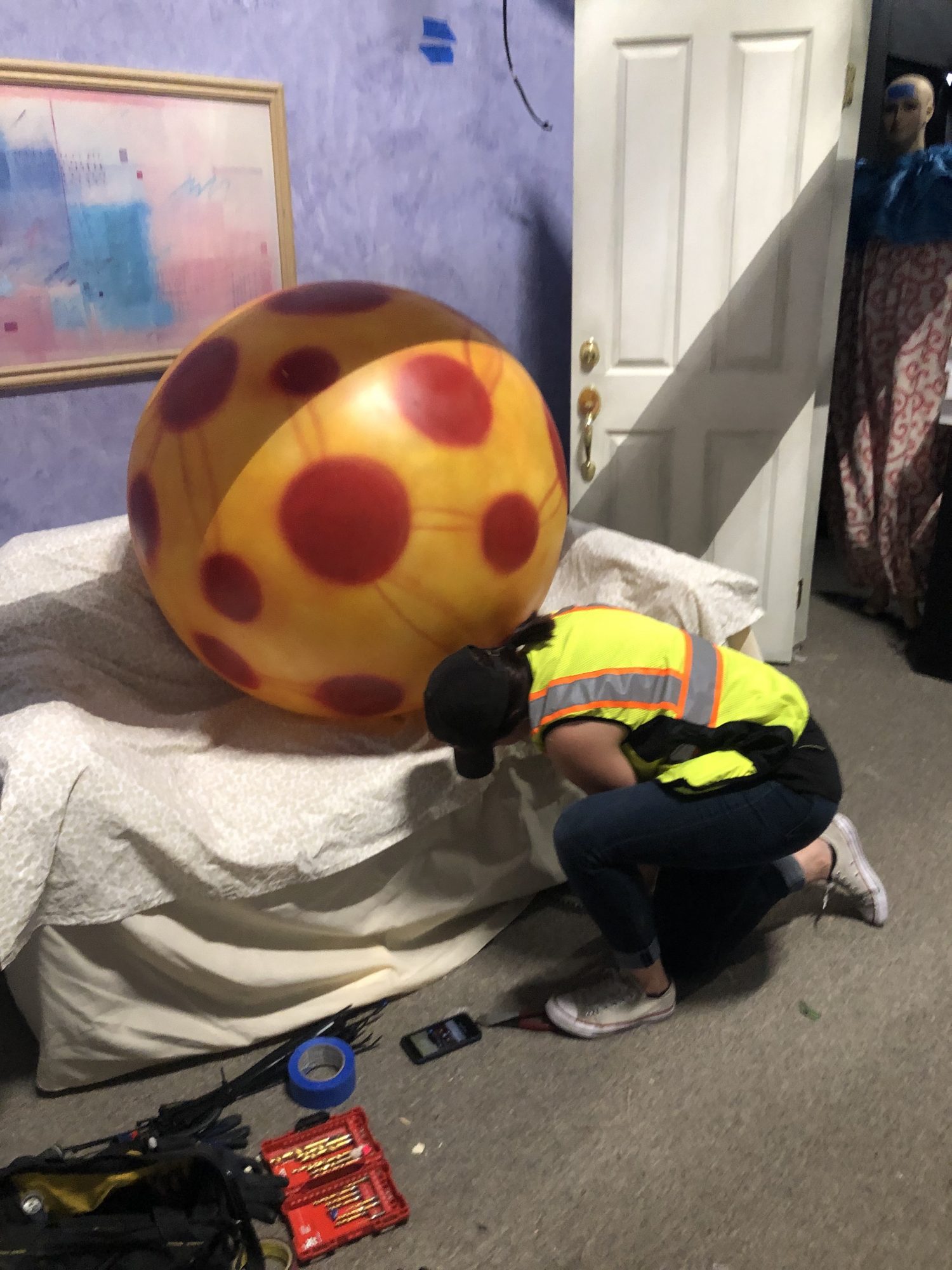 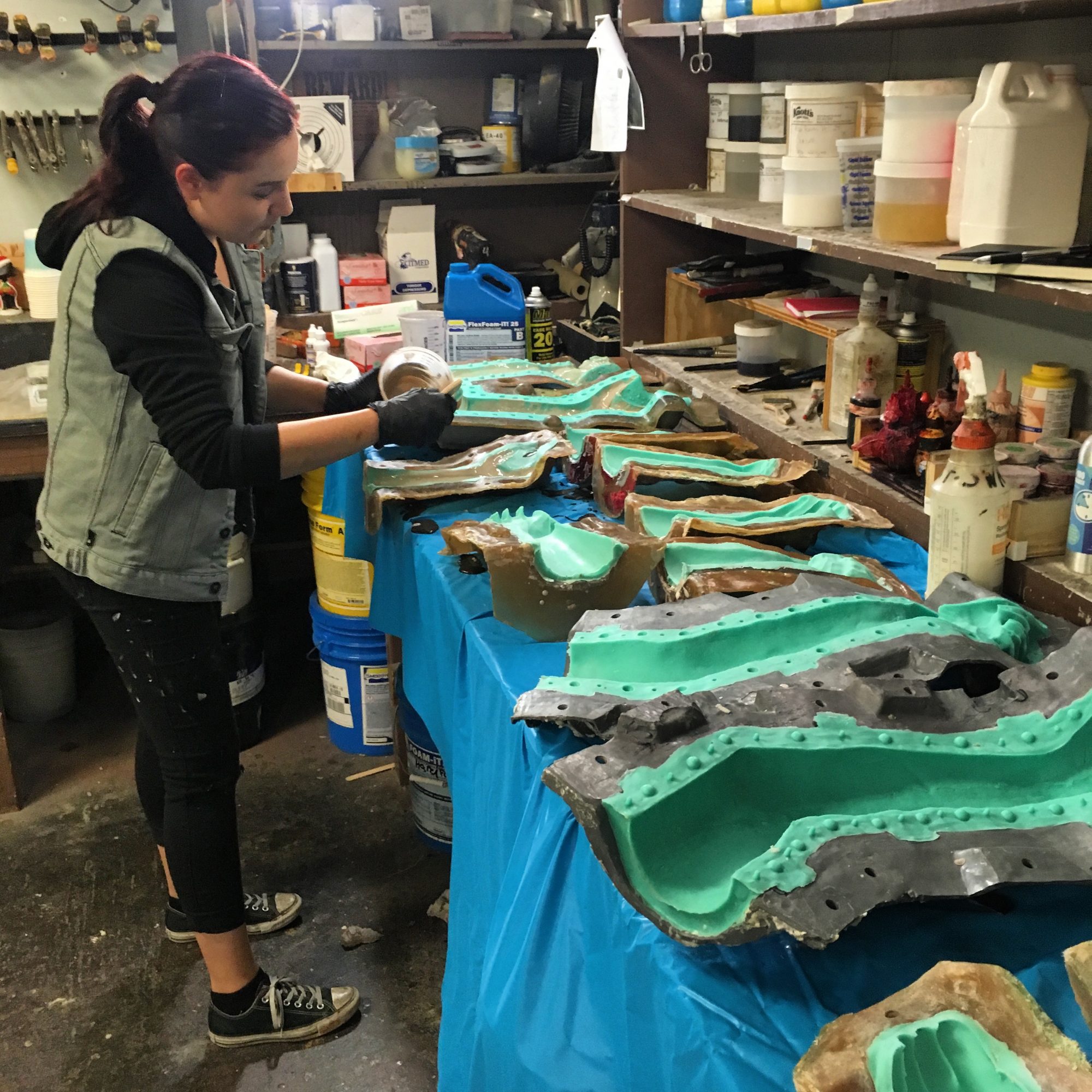 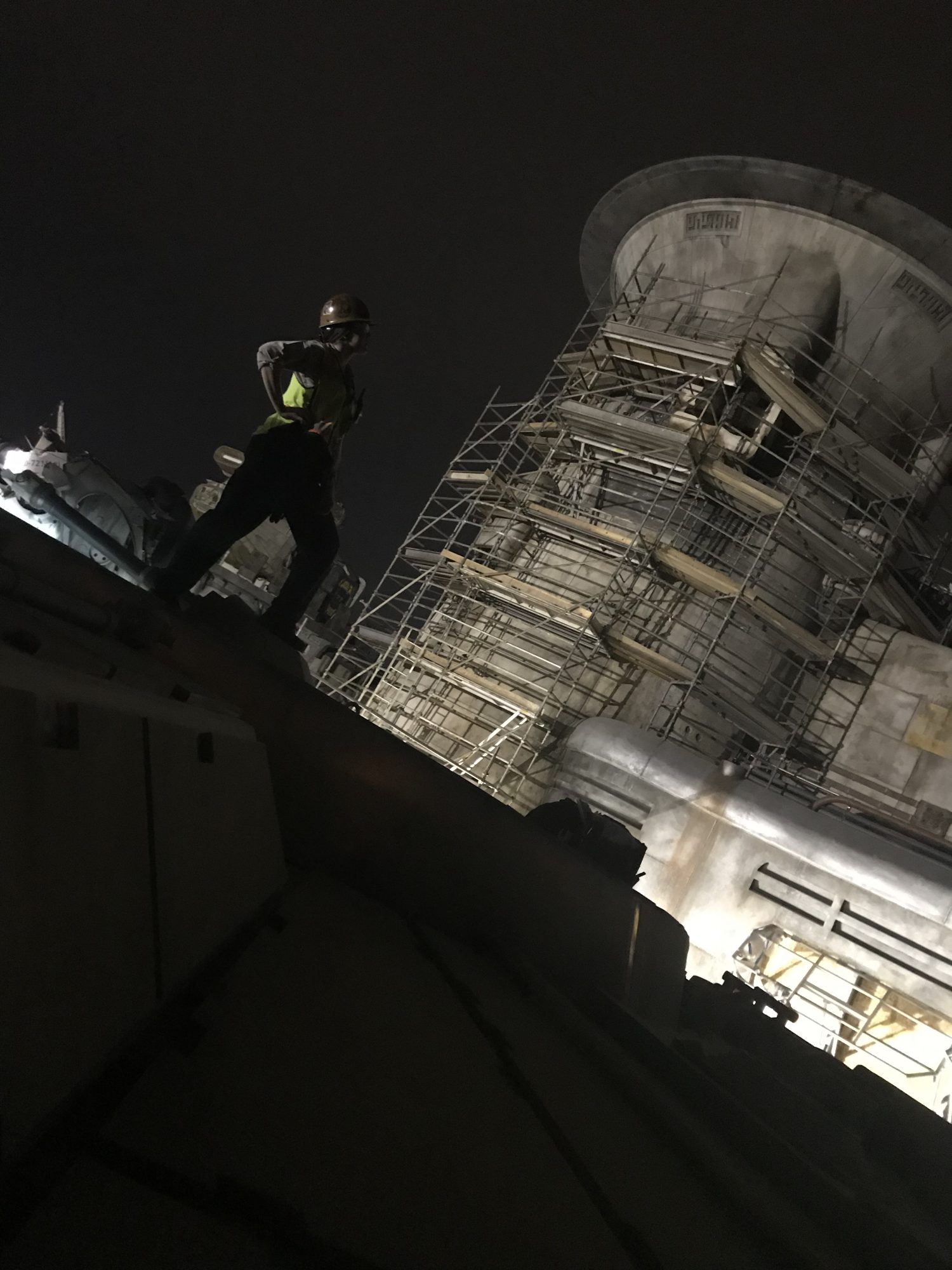