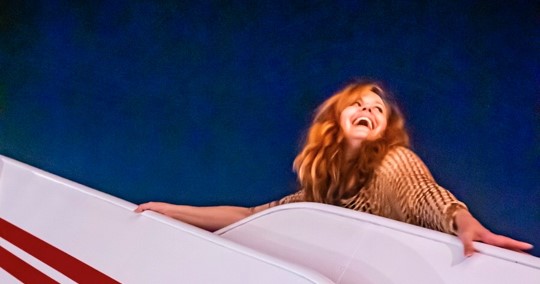 Today we’d like to introduce you to Beth Berlin.

Beth, before we jump into specific questions about the company, why don’t you give us some details about you and your story.
I grew up in Phoenix, Arizona in a household of Long Islanders. A bunch of New Yorkers in the desert! My parents love the theatre so I was exposed to it early. I distinctly remember the night my dad took me to the Frank Lloyd Wright’s beautiful and massive Gammage Auditorium in Tempe, Arizona to see a production of “Me and My Girl” when I was only in kindergarten. As I stood with the crowd in a standing ovation at the end, I knew that I belonged on that stage. Shortly after that my parents enrolled me in my first acting class. As I was also introduced to classic films at a young age, I surprised the teacher of that class by being the only five year old to claim Marilyn Monroe as my favorite actress. Went on to act in musicals and plays, and take summer programs in the local children’s theatres around Phoenix, namely Valley Youth Theatre and Childsplay. I continued on the stage all through high school and college, making some of my best friends to this day. At Arizona State I became a member of the two campus comedy troupes, Farce Side Comedy Hour and Barren Mind Improv.

In our weekly live shows and in the company of some of the funniest fools I’ve ever met, my love for sketch comedy and improv developed. I was brought to California when accepted into the acting company California Repertory and graduate program at Cal State Long Beach. There I was enriched by a three year commitment to acting and the opportunity to work with some of the finest acting teachers in accademia. During that time, I continued comedy by commuting to Los Angeles and completing the Upright Citizens Brigade program. While in Long Beach, I also became a member of the dance performance group Post Mortem Grotesque Burlesque with director Anjela Vega. Upon graduation with a master’s degree in acting I transitioned into on-camera acting and began studying film with master teacher Richard Lawson, who has become a great mentor to me. Through my training at Richard Lawson Studios I learned how to edit, produce, write, and direct. As my first foray into production, I took my skills from RLS and I wrote and produced two original short films “Sister-in-Law” and “Office Hours” that I also edited and starred in. I was privileged enough to team up with some comedic geniuses when I became a member of the long-running comedy show created by Craig Taggart and Chris Pudlo, “Rise and Shine with Bette and Juliette”, in Silverlake’s Cavern Club. There I took on the roles of Barbara Streisand and Beverly D’Angelo, among others, and originated many original characters that have continued on in film and on stage.

My original character Esther Shapiro, along with her counterpart, Morty (played by Teddy Margas), have made appearances all around LA and have their own series on Instagram. I joined forces with two other badass lady filmmakers, Kelly Tighe and Lindsay Hopper, and formed a production company called MiddleClass Aftermath. We have produced numerous short films and comedy pieces and we also continue to produce live stage comedy shows. Three years ago, we mounted a full production of Sondheim’s “Assassins” in Los Angeles. While we are currently unable to take the stage, we are in the process of producing and developing a sketch comedy show that will be streamed live over Zoom entitled “The Zoom Show.” At the moment, I continue to hone my improv and sketch skills at The Groundlings, and am starring in a web series that is currently in production.

Great, so let’s dig a little deeper into the story – has it been an easy path overall and if not, what were the challenges you’ve had to overcome?
I have been very fortunate. I have incredibly supportive parents and a strong community of artists to lean on. I cannot complain about any of the “struggles.” I am lucky enough to pursue my dreams; a privilege I do not take lightly. Yes, there are obstacles all along the way but that is part of the journey, and they become lessons that make me stronger. I am grateful every day I get to create and be an artist.

We’d love to hear more about the company.
MiddleClass Aftermath is a production company created by three female filmmakers. With most of our work, we expose the realities dealing with the fallout of the middle class, and the various ways it shapes the people who are in it or touched by it.  We aim to produce content that prompts questions, finds the humor in trivial things, and pushes the limits of what’s “comfortable” in order to affect change.  Currently known for our online comedy content. Most recently, we produced a short film which was all shot and edited during the stay-at-home orders in Los Angeles, which went on to win the audience award at the Bigfooters At-Home Film Festival in early May. Our series “The First Time I Met Esther” lives online on Instagram and YouTube.  Additionally, we produce, write, and star in an ongoing live sketch comedy show called “The ____ Show”. We are consistently developing new content, including a feature film project and an episodic series in the works.

Do you look back particularly fondly on any memories from childhood?
Very challenging to narrow this down to one but I can pinpoint a recurring memory that I reflect on regularly with great joy. As a kid I grew up visiting my grandparents back in New York most summers. My parents would cart me and my big brother out to Long Island and to NYC for several weeks. There are numerous wonderful memories of traversing across Manhattan by foot, watching the NY Philharmonic play concerts in Central Park, seeing Bernadette Peters on Broadway, and creating endless inside jokes and foolishness with my brother. I remember my mild-mannered dad flipping into his “New York mode” when driving in the city and shouting at another driver trying to cut him off “Don’t even think about it, buddy, don’t you even think about it.” I remember getting called up to play a part in a radio play in the NBC experience, and getting cast as an extra in the movie Serendipity where I got to ice skate on a make-shift plastic rink in a Christmas sweater in July. I remember buying the soundtracks of the musicals I had just seen and walking the streets of my favorite city with dreams in my heart. 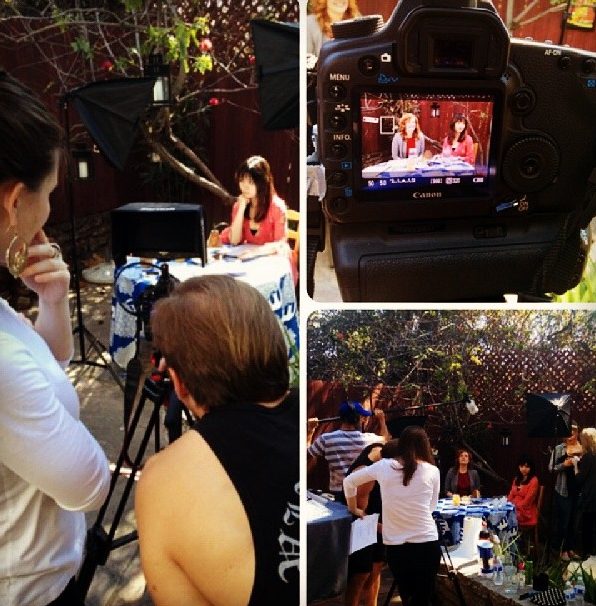 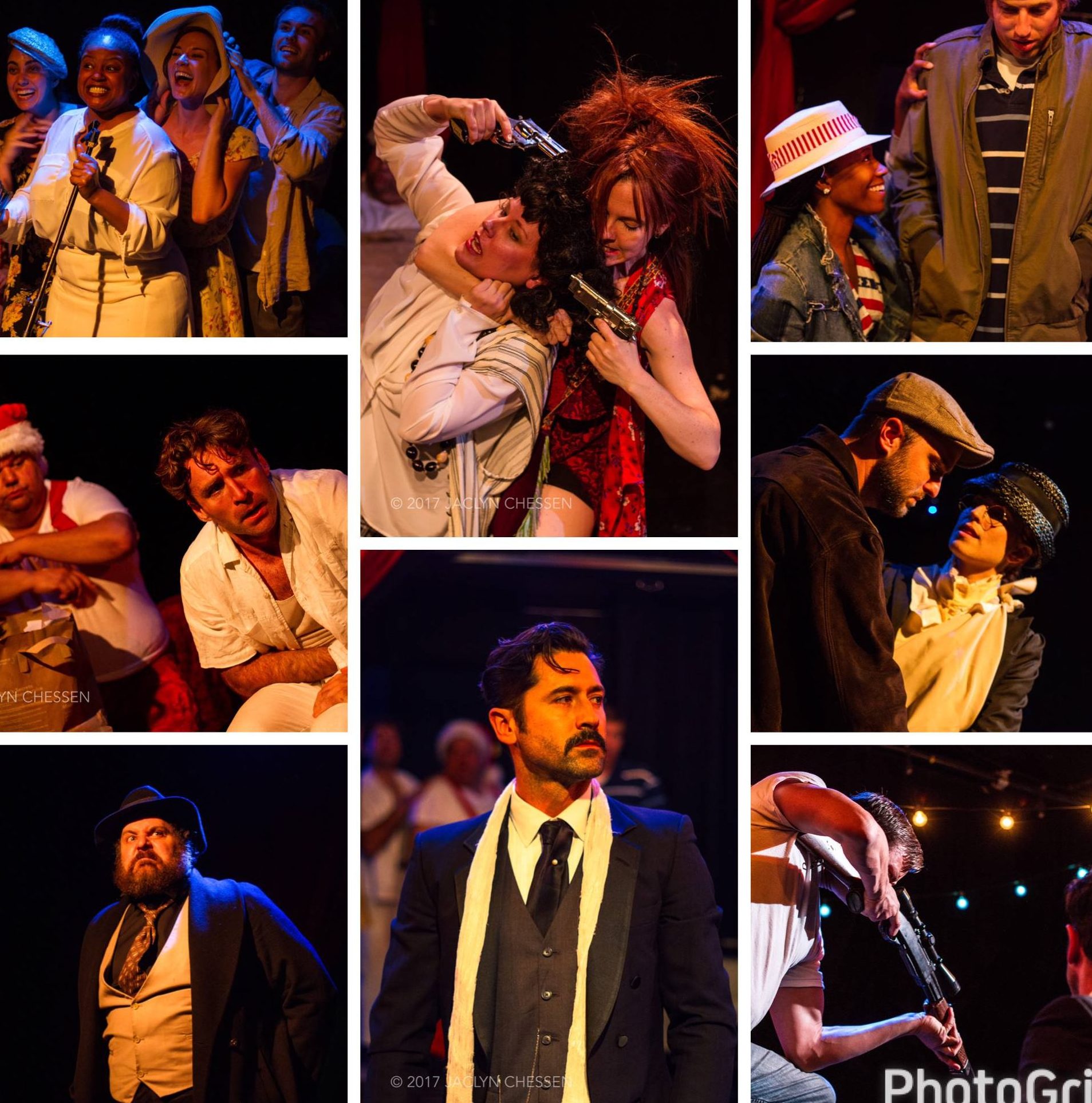 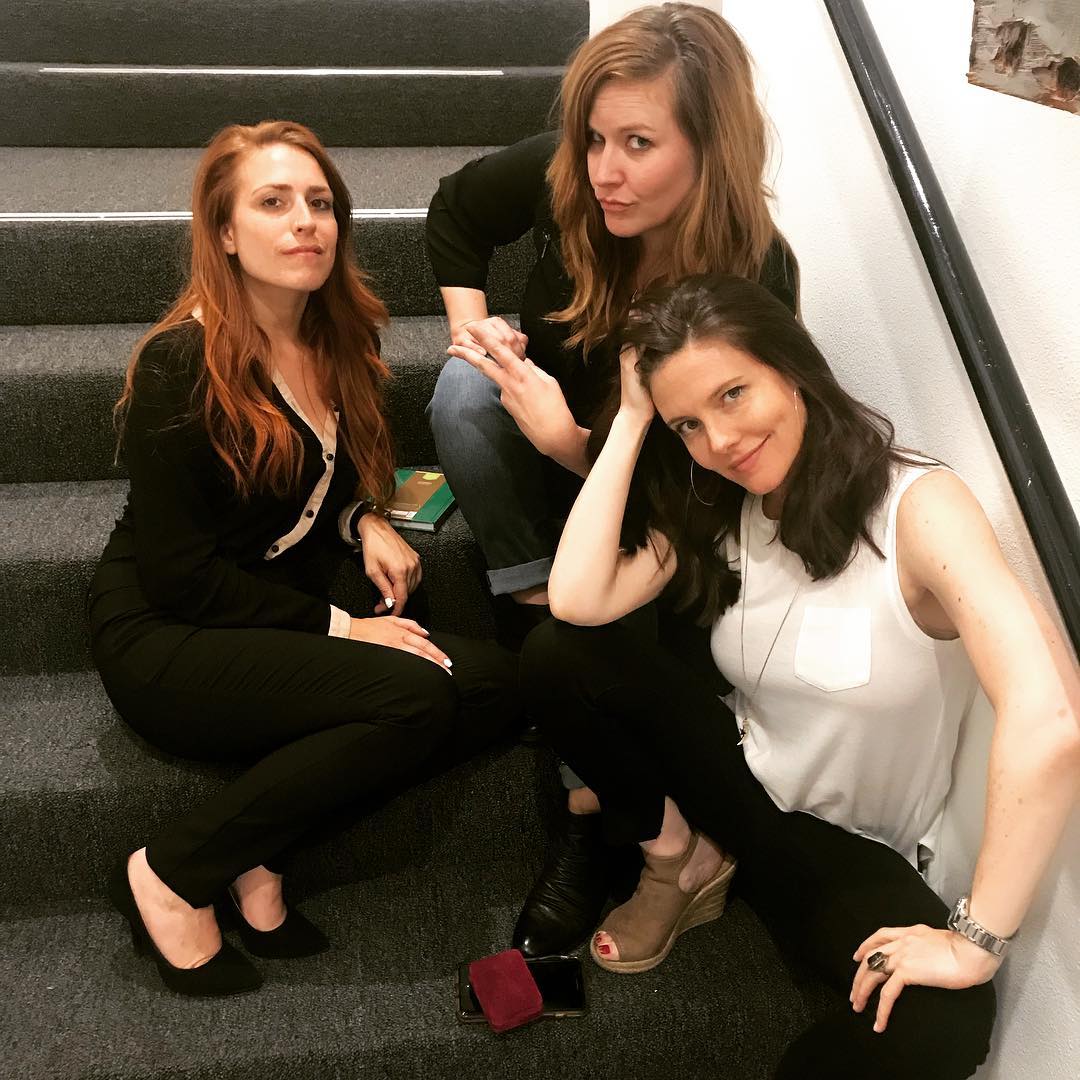 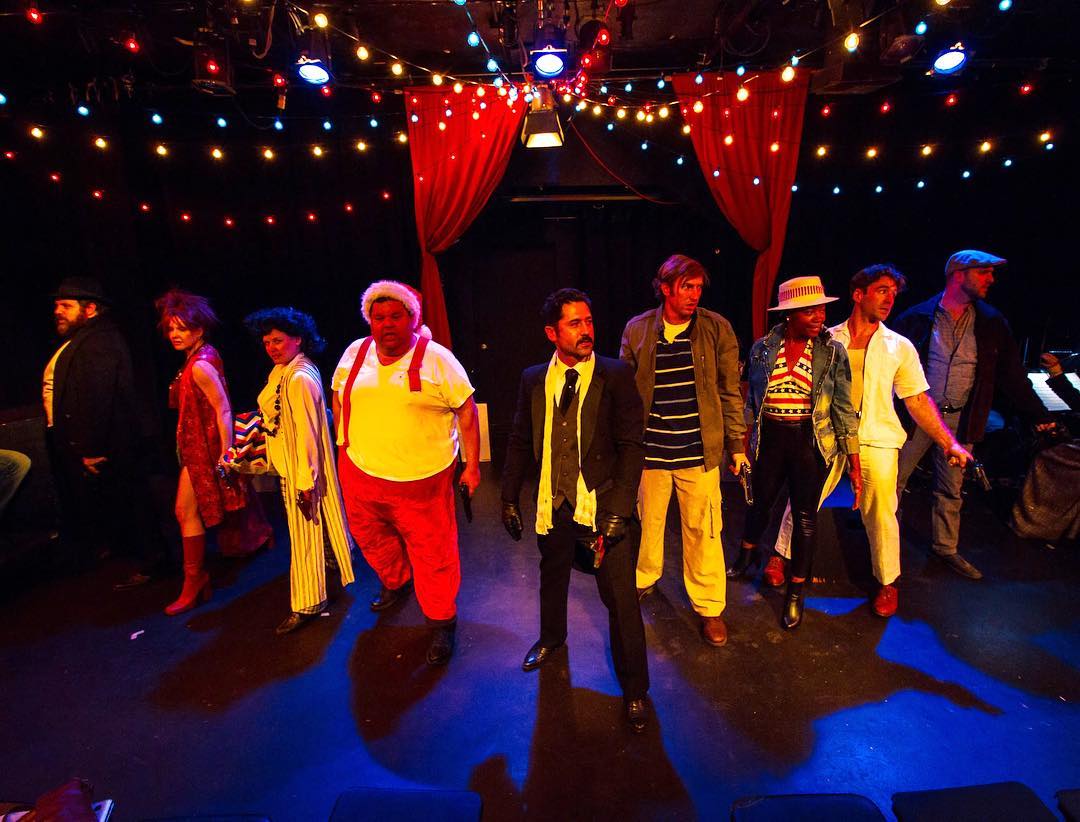 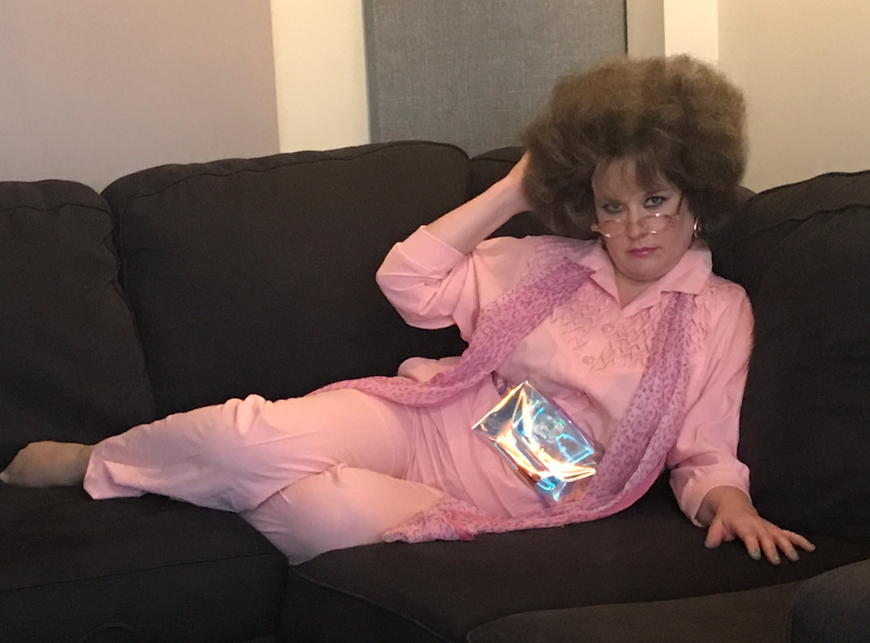 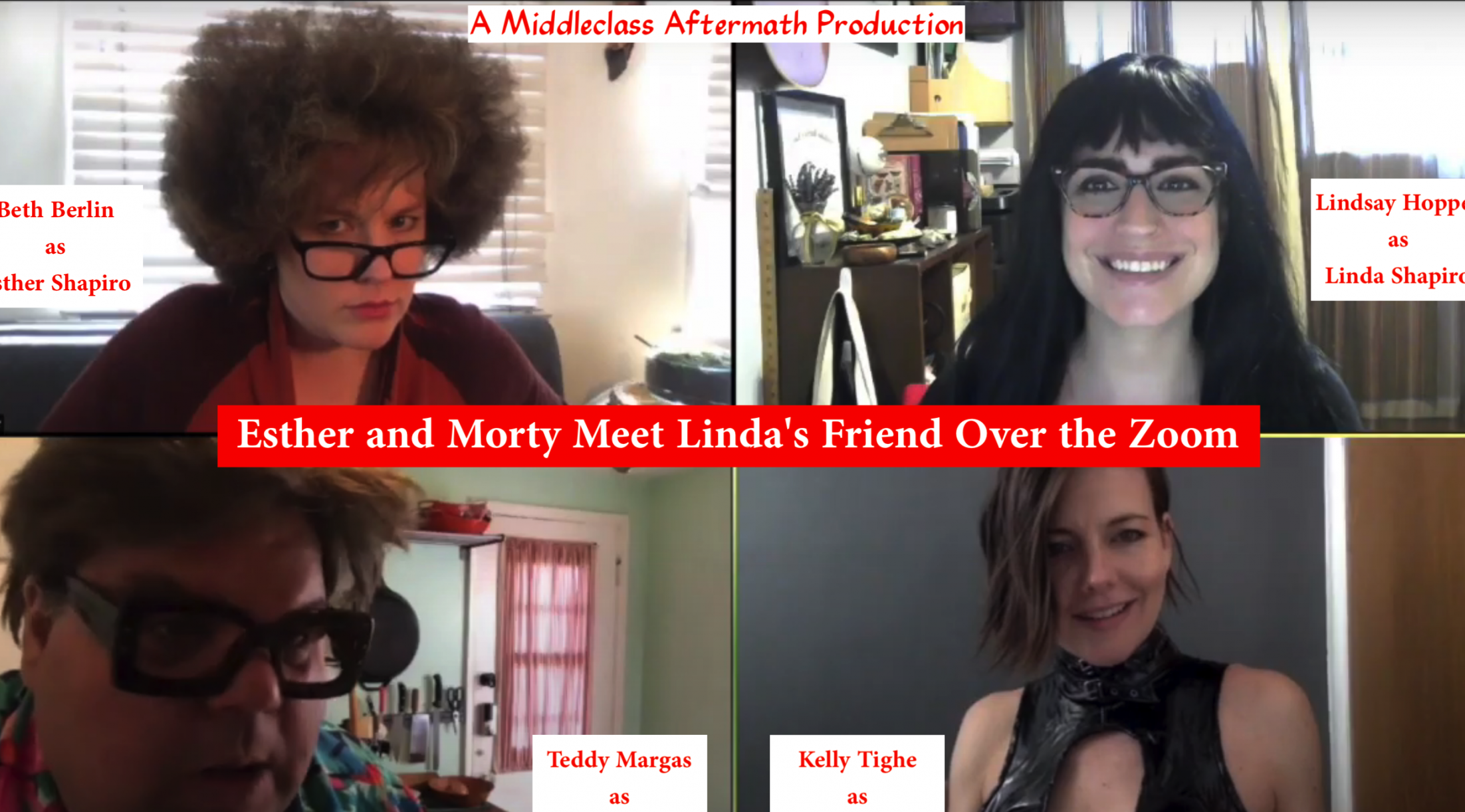 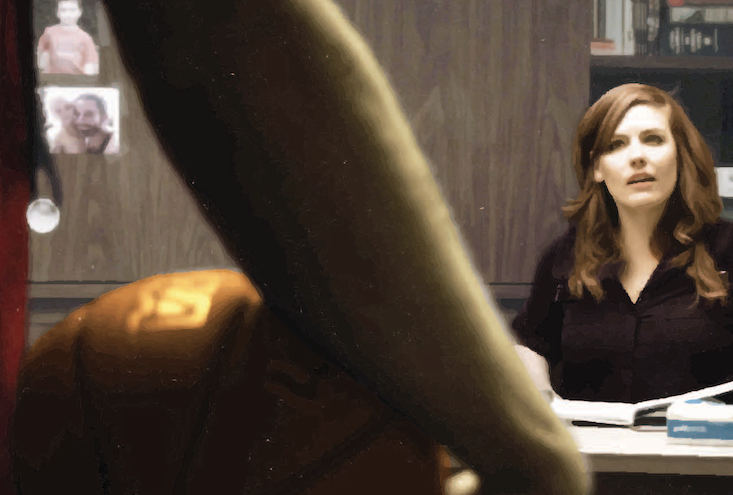 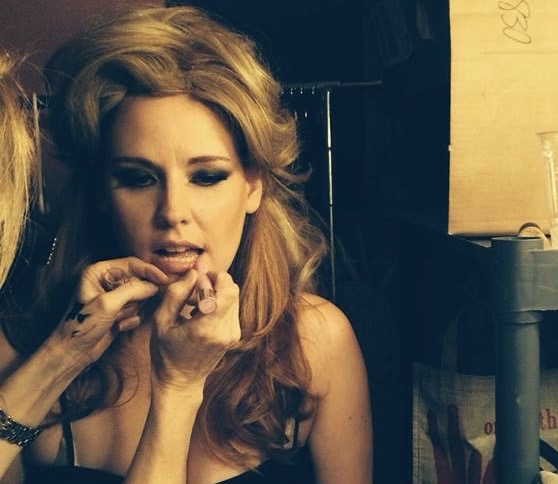