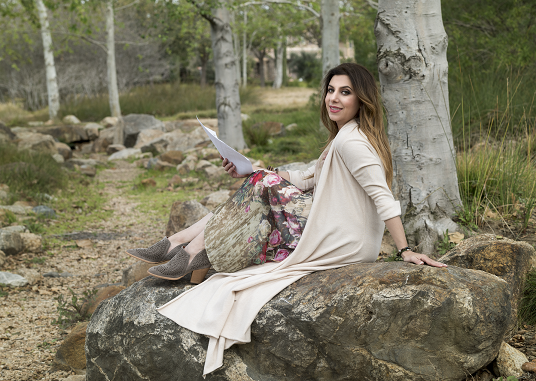 Today we’d like to introduce you to Amira Gadd.

Amira, please share your story with us. How did you get to where you are today?
Ever since I was a little girl, I knew it. I would make up songs and poems as young as I can remember. I naturally rhymed my conversations and had to make myself stop rhyming when I’m talking to anyone. I had to re-learn how to talk like everyone else. Rhyming just makes me happy. I was always drawn to the meaning behind songs and I would always dissect a new song. I learned piano by ear so I can get melodies out of my head. I participated in talent shows and events on stages just for fun and wrote hundreds upon hundreds of songs as my personal diary but never thought of it as a career until around 2017.

As a hands on mom of three kids, I had this profound awakening that being a Lyricist and a songwriter is my calling. I just knew that I had to pursue it and take it serious but didn’t know where to start. It was like knowing there is light in a dark room and I just had to find the switch. Knowing how hard the Music Industry is, I told myself I’ll look for 300 doors to open and won’t consider giving up until after I tried everything around door 301. Not sure why that number but I went with it. My favorite inspirational quote is “When opportunity doesn’t knock, build a door” and decided that this would be my motto in this new songwriting journey. I set the intentions of me choosing this path to bring songs to the world with lyrics that are positive and that it might help someone out there who might be struggling with something and maybe, maybe, my lyric gave  them hope or an inspiration to hold on longer. Many many songs have helped me through my darkest times and certain words really inspired me, I thought I might to do the same. Also, as a mom, hearing what my kids are listening to made me think about how words shape certain behaviors and what not and I wanted to provide something that didn’t have to be explicit.

So my journey began: Ever since, I would relentlessly research about the industry, tried several online songwriting competitions, radio submissions, read articles and books. Law of attraction started and by door 3, I discovered that my neighbors are young and talented musicians so I decided to pay them in exchange they’d help me create demos so I can send them to labels. Then I started coincidentally bumping randomly into singers and people who knew about the industry. Every door kept opening another door. There was no way I would stop. I found out about the ASCAP Expo and attended it and I was a little girl in a candy shop. I left the Expo feeling happy but reality sunk in as I left thinking there was no way I can break in the industry as I was turning 40 soon. I realized there were way more talented people than I am and as a mom, I can’t put in the hours I knew it should take to be somewhat successful, especially that I felt I started late in the game. But I discovered that I have this love for L.A. that I didn’t know I had before. I started driving to L.A. from Orange County back and forth for networking. Even though I hated traffic (pre-quarantine took me around 2-3 to go one way. One time 7 hours), I absolutely looked forward to it. L.A. was magical and just the networking by itself made me discover amazing shops, restaurants and Cafes.

The doors kept opening so I joined a Music Industry mentorship, which led me to know about Suzan Koc’s songwriting coaching, which also led me to network with many talented artists. I also decided to attend a Songwriting Camp in Costa Rica, which I never thought I would do, especially that I’ve never traveled alone. From that, I’ve developed amazing friends and had the most amazing collaborations and exceptional mentors.

A few people recommended that I would explore Sync, which I have never heard of before. So by random chance, I found an ad about a program that teaches you how to put songs in T.V., Films or Ads and joined the program. It was life-changing for me. Mind you, I didn’t have enough funds to do all of these but I made them happen one way or another. I also didn’t have time for all this due to my personal responsibilities but I carved time. I made it a habit to show up on time to each meeting, each studio session, to write down endless notes (can’t read my handwriting but the info is there) and really tried my best to not leave any rock unturned. Kept joining programs and attending a few songwriting camps and conferences and events. I also felt it was crucial to show support to artists and people in the industry. So I tried as much as I could to attend their events, donate, buy their tickets or at least listen to their released songs and tell them how I felt. I’ve always dissected songs anyways, might as well benefit others while doing that, right?

Last and not least, my favorite part of this journey was volunteering at the events. I have decided the best way to give back to the music industry community was to help one way or another as I felt many were trying to root for me along the way. I volunteered for the Guild Of Music Supervisors, Catch The Moon’s Sync Keeper’s event and WIMN’s She Rocks Awards. Remember how I said I left the ASCAP EXPO a bit discouraged and almost defeated, well a year later one of my songs was performed at ASCAP’s She Rocks Showcase and I was so grateful that I decided to volunteer at NAAM’s She Rock’s Awards as a thank you and it was the best night ever.

Between late 2018 and this year, I ended up having 65+ fully mastered songs, tons of amazing collaborations, a bunch of releases, 60+ songs signed with a few Sync agencies, a placement and a few amazing ones coming up soon. I was also recently asked to speak at a Music Industry Panel for State University of New York, Oneonta students and loved seeing their passion to learn.

This journey and calling has been absolutely amazing so far. I went in to just be a lyricist. I ended up being an Executive Producer, Songwriter, a panelist, networker and most importantly a friend to many.

Overall, has it been relatively smooth? If not, what were some of the struggles along the way?
It has not been a smooth road. At the beginning, I didn’t have the personal support from a few close people. I was also older than many who were in a certain songwriting camp and some asked me how “old” I was and when I asked to collaborate with them, they didn’t want to. I’m also a mom of three so I had to leave to L.A. after dropping them off to school and rush back before their pick up times. Some events in L.A. were at night, one time the freeway shut down and I got stuck for about 7 hours, by the time I came home it was after midnight and I had to wake up really early to drop them off. One time I drove 2 hours for a collaboration and as soon as I sat down and we started, my kids called me left and right to pick them up because they had fevers and whatnot. But my most challenge is money. To make a good songs, to learn, to drive so much in traffic, to network, to get consultations, etc. all of these need constant flow of money which was my biggest challenge. I got creative on how to not make it an obstacle for me.

Can you give our readers some background on your music?
I’m a songwriter and lyricist. I’m known for my lyrics, catchy hooks and networking abilities. I’m very proud of my songs and collaborations and that I’m able to jump into any genre and put words in any project. I’m quick, and my goal always is to never leave a song behind. Each song has to have a home and not put on a shelf or collect dust.

I can take a song and make sure it’s finished A-Z. The same with any brief given to me. What sets me apart from others is that I am not just a lyricist or a songwriter. I make sure I follow up on the admin side of things. I make sure the songs I work on are registered are in a PRO, everyone gets a copy of the registration number, that everyone is registered with a PRO. I follow up with updates on the status of the songs after they’re finished and what the plans and alternative plans are for them. I’m very detailed oriented when it comes to Metadata, tagging the songs, and making them look professionally presentable. I’m also mindful on the legal aspect of things. I make sure my songs are cleared all-in and have no samples. I make sure lyrics have not been thought of as I discovered that creative minds can think about the same thing at the same time. I am also One-Stop.

What is “success” or “successful” for you?
Success = Work hard and have fun while doing it! You gotta put in the work. Nothing is given and handed. You really have to earn your way and be patient. You can’t just plant a seed today and expect a tree tomorrow. You have to be personable and likable. You have to constantly show up, and show up earlier than the assigned time. You have to be prepared, do your research and keep shifting with this ever-changing industry. You have to keep learning the new things out there, follow the trends and have no expectations. Don’t take things personal and don’t give up either. No excuses. 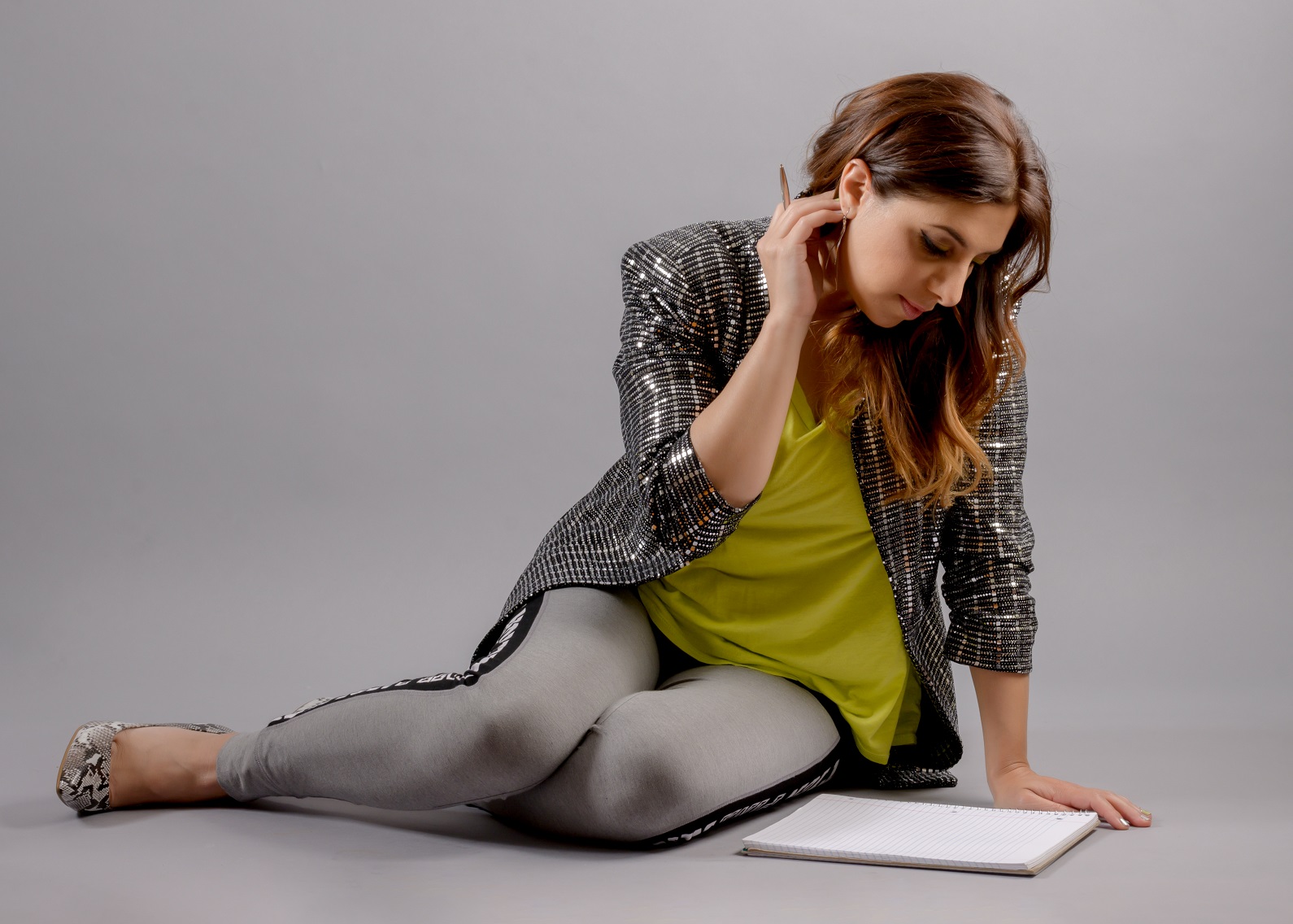 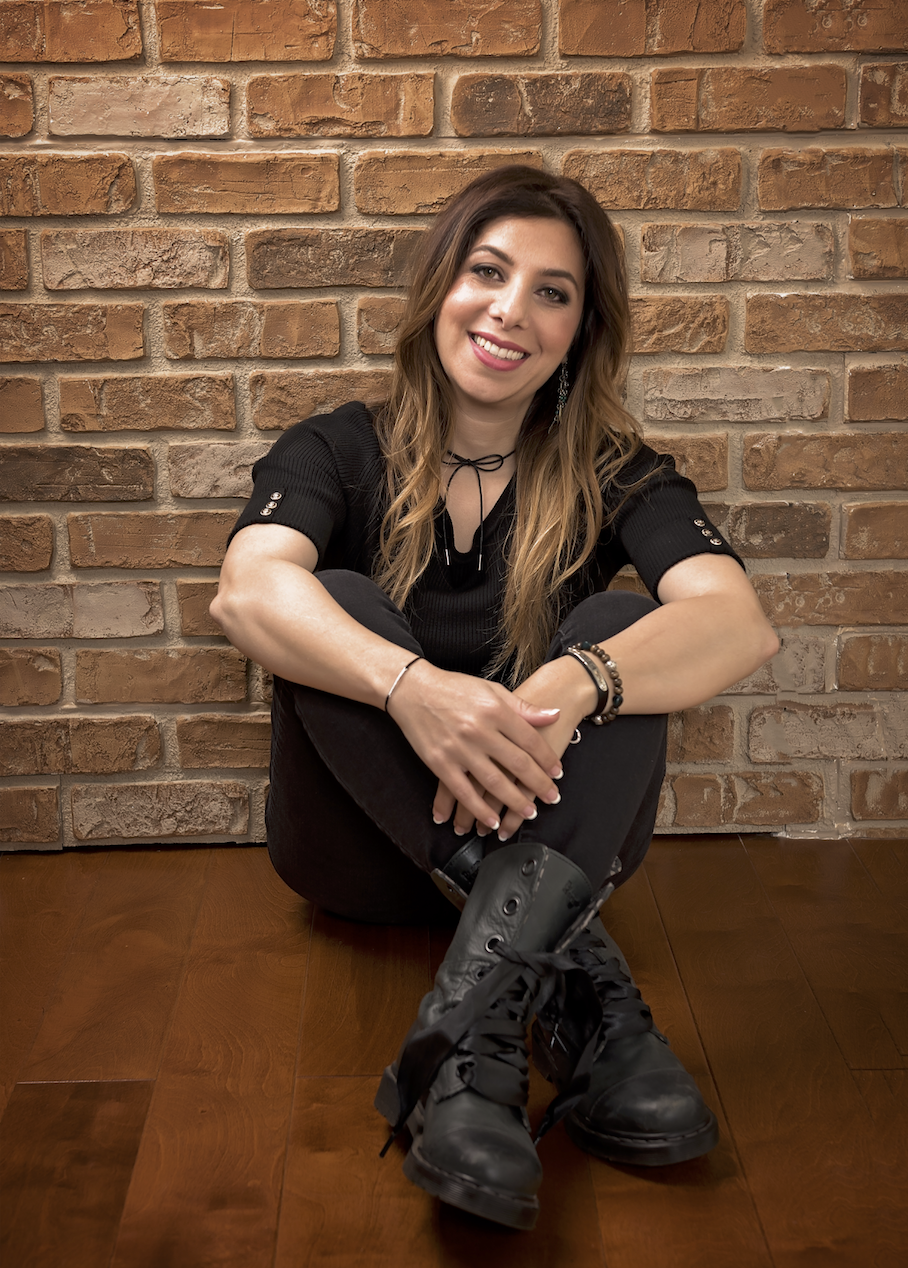 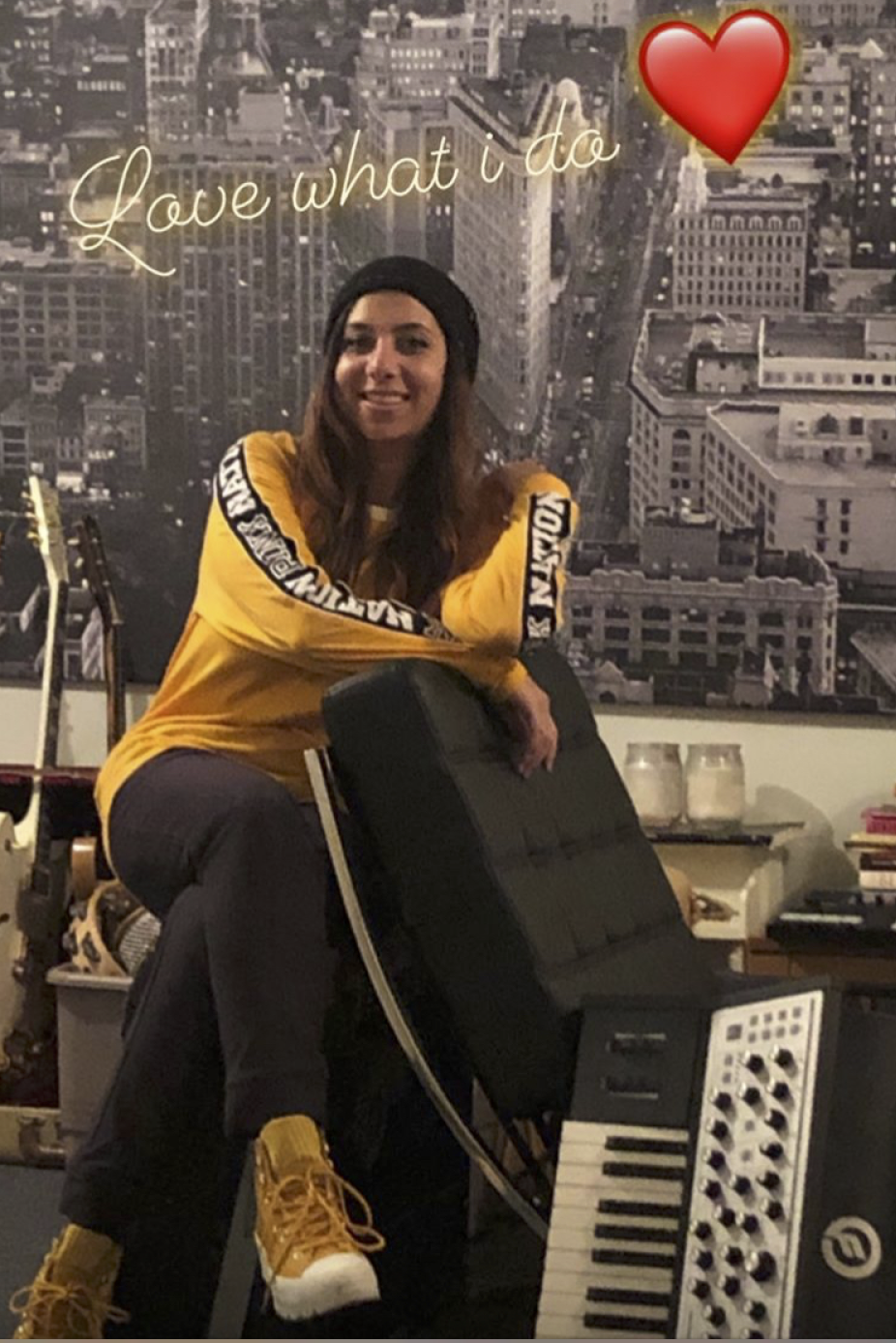 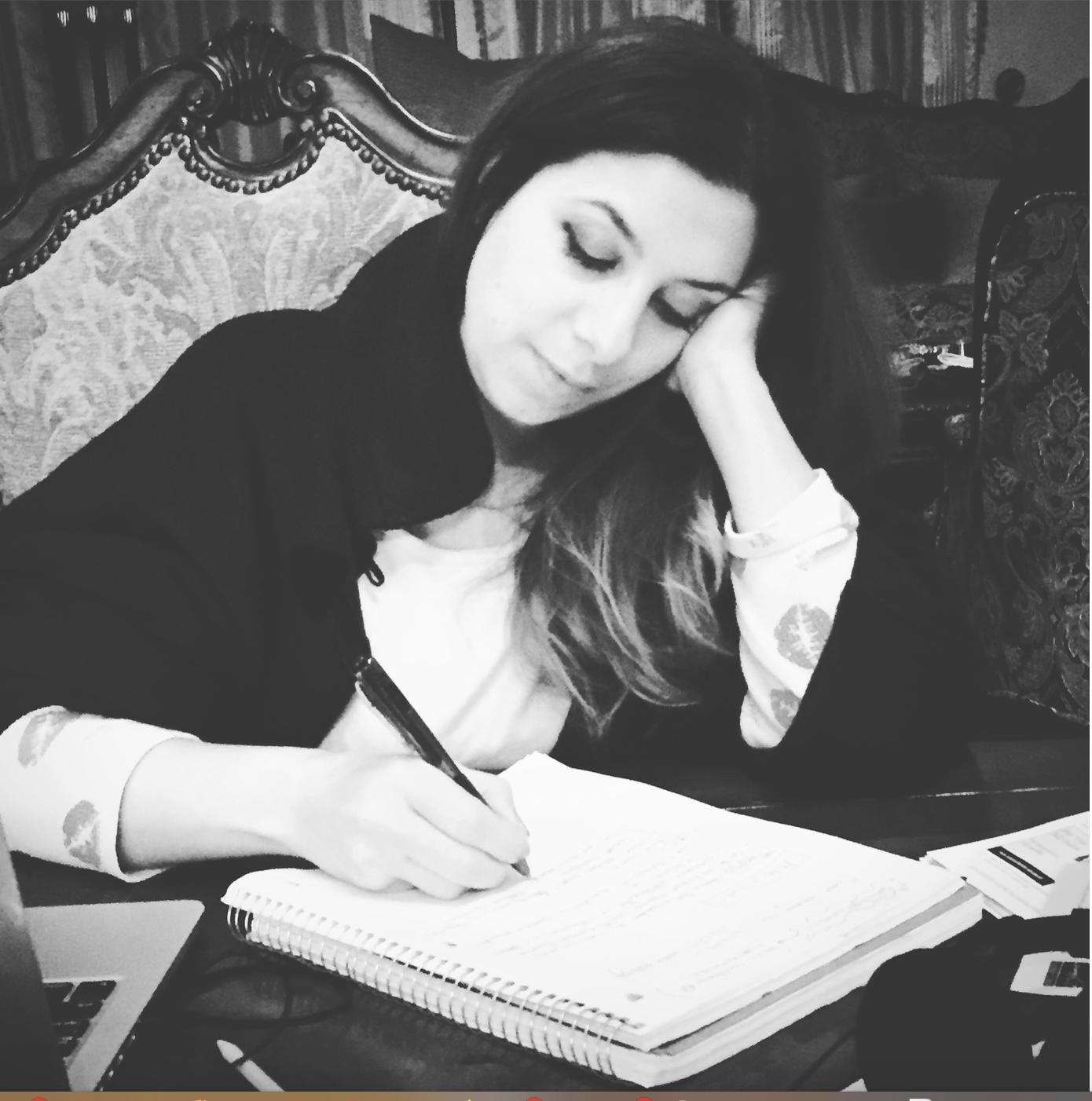 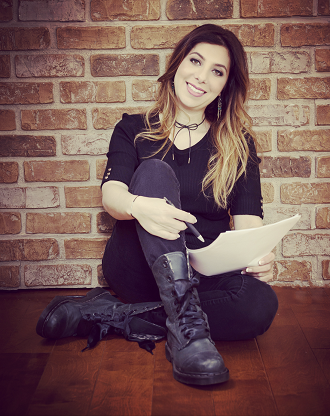 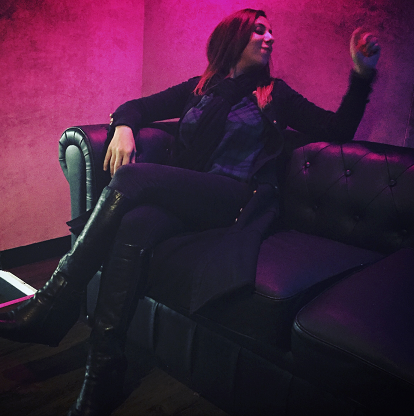 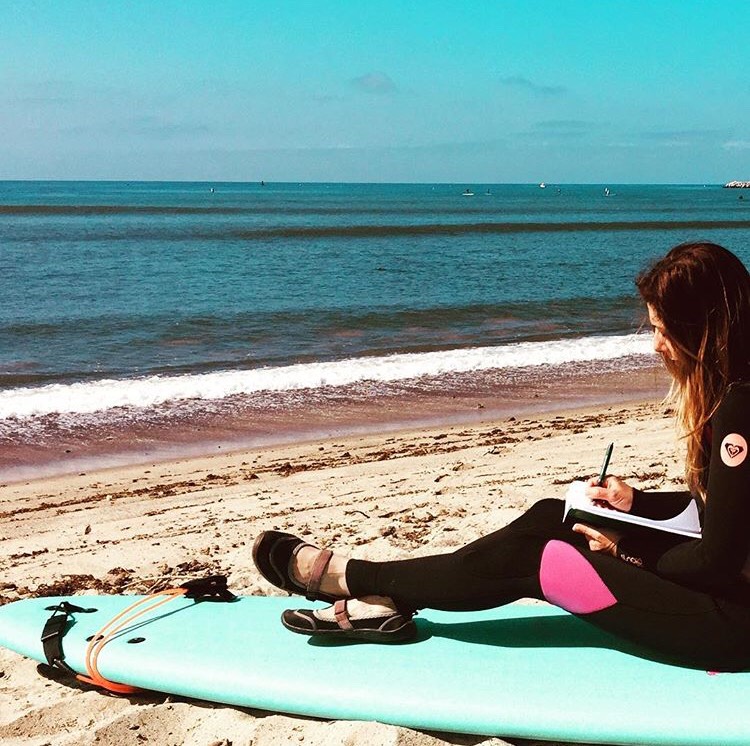 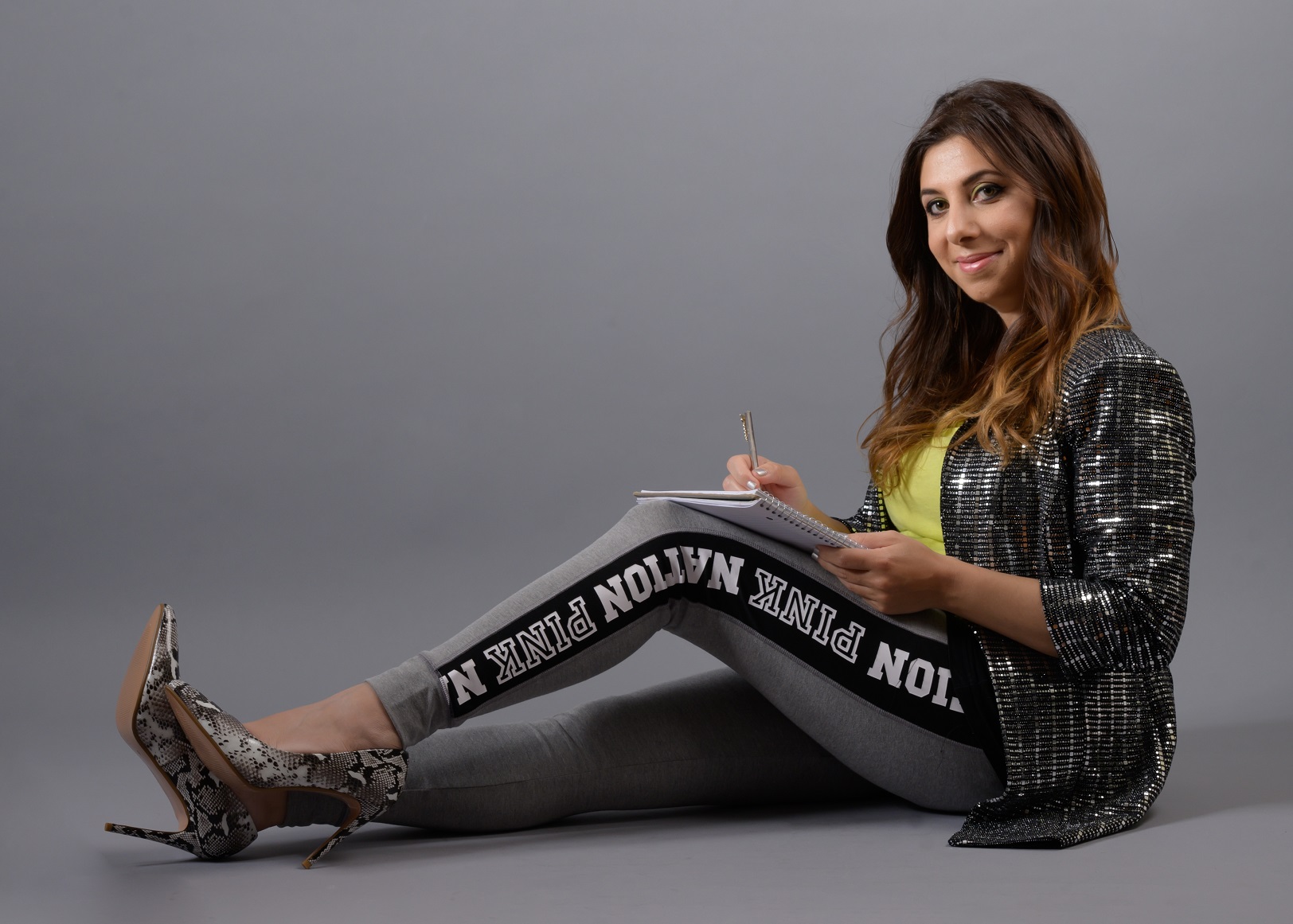 Image Credit:
For the Brick wall, sitting on the Rock, glitter jacket: Studio Reem, For the one of me songwriting before surfing: Todd-Girl On The Curl