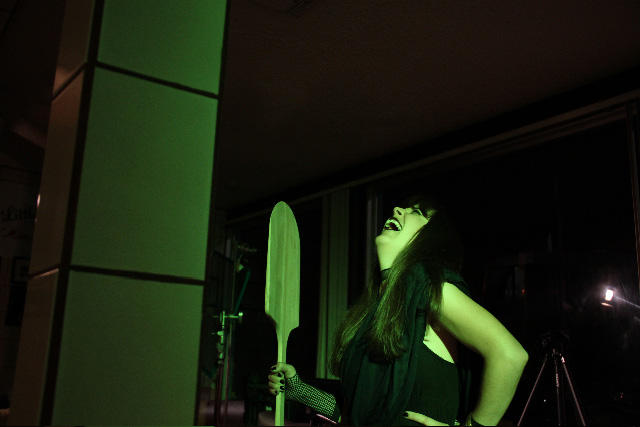 Today we’d like to introduce you to Allie Costa.

Allie, let’s start with your story. We’d love to hear how you got started and how the journey has been so far.
I’m an actor, writer, director, and singer. I’ve been writing and performing stories and songs as long as I can remember. I’m happiest when I’m performing, and I feel so lucky that I’ve always known what I wanted to do.

I work primarily in film, television, and theatre. I also do commercials and voiceovers. When I’m not on set or in a theatre, look for me in the recording studio: in addition to my work as a singer, I’ve also had the privilege of narrating audiobooks and voicing characters in animated works and video games. I even narrated an interactive virtual reality film inspired by 20th-century philosophy – that was fun!

Overall, has it been relatively smooth? If not, what were some of the struggles along the way?
Moving to Los Angeles was a big step, one that I’d been anxious to take since I was little. I knew L.A. was a hub for television and film production and that moving here would benefit my career, so that’s what I did, and I’m so glad that I did.

I’m a very optimistic person and also pragmatic, and I think both of those traits have helped me along the way.

Any shoutouts? Who else deserves credit in this story – who has played a meaningful role?
My family has always been supportive of my efforts, and I’m so grateful for them. I also have some incredible friends who cheer me on, some from the other side of the country, some from other countries and other continents altogether!

Image Credit:
Allie Costa on the set of the film PIZZA WITH AENEAS