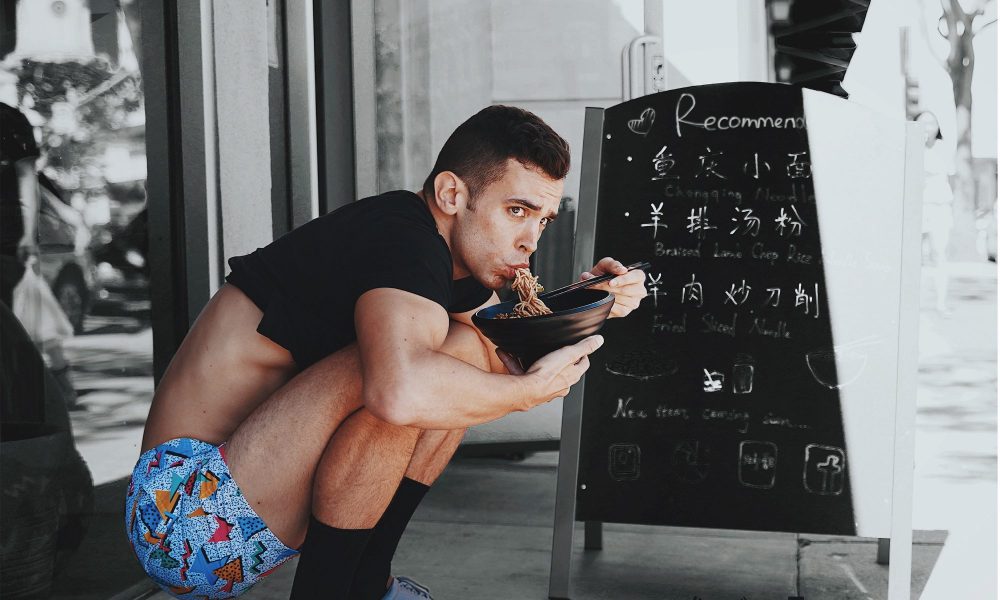 Today we’d like to introduce you to Alex Farley.

Thanks for sharing your story with us Alex. So, let’s start at the beginning and we can move on from there.
I started studying Chinese in high school when I chose to take Chinese over Spanish simply because I thought the characters looked cool. I also thought and still think Spanish grammar is insanely difficult.

By the time I moved to Vermont at 15, I had already lived in Texas, Kansas, and Washington D.C. Through this experience, especially while in Texas, I took to mimicking accents. Once I started studying Chinese, my Chinese teacher heard signs of what Chinese people call, “天赋,” which means natural endowed ability. I was by no means good at Chinese; my tones were complete shit and my written characters were hideous. But for a beginner, my pronunciation was relatively strong.

I double majored in Economics and Chinese Studies at Emory University, receiving a full scholarship to study advanced Chinese language studies at Nanjing University. My language abilities improved enough to get a full scholarship for post-grad studies in Acting and TV & Event Hosting at the Central Academy of Drama in Beijing. It was there my language skills fully blossomed. Turns out an acting environment is exactly what language learners need to grasp to art of spoken word. For Chinese, this meant not only drilling the four tones in my head but understanding how a tone changes based on its emphasis in the sentence. Grasping the cadence in a sentence is the last step in turning a foreign language into your language.

Acting classes fostered a professional ability to get a reaction out of Chinese people. In my first song, White Monkey, I reference this feeling as something like an addiction. First, it started with speaking well, evolving to poetry recitation, to rap covers, and finally to rap originals. I’m an extroverted and curious dude. Luckily, Chinese people are down to talk/help any foreigner willing to learn their language. I always admired this about Chinese people; it’s such contrast to Americans, especially in the south where I grew up. We feel you should study English versus being thankful and appreciative. Wherever I was in China, be it a taxi, the train, a bar, the gym, I was always talking to people. And Chinese people, bless their heart, were always down to chat.

My language skills have brought me to Los Angeles, where I’ve made a living as a bilingual host for major events and TV shows. Simultaneously, I’ve dove into writing bilingual raps. Having played the drums from a young age all through high school, rhythm is in my bones. Still, learning how to manipulate Mandarin Chinese into a decent sounding flow took time. Years. My first single came out recently, a song about the decision of whether to be fake for fame or pursue sincerity at risk of never “making it.” Additionally, I perform standup all around Los Angeles in venues like the Ice House, Flappers Comedy Club, and Haha Comedy Club.

Great, so let’s dig a little deeper into the story – has it been an easy path overall and if not, what were the challenges you’ve had to overcome?
Not at all. One major struggle is feeling like while I was putting the time into perfecting the Chinese language, other foreigners stopped at intermediate, investing their time into learning the skills required for vlogging. There’s probably a dozen or so famous foreigners in China-I mean actually famous. When I see them or hear them speaking with half my language skills but a hundred times the subscribers, I feel all sorts of frustration and despair. Does the Chinese audience want to actually get to know me, or do they just want me to be a white guy saying things they want to hear? I’ve lost many night’s sleep to that question.

More recently, just as I approached the ten thousand hour mark for rapping, my left ear started to ring. Over the past year, a steady ringing has persisted in my left ear, a condition known as tinnitus. You can imagine as a language learner and musician how much this affects me. I sunk into a depression for months, translating subtitles to support myself instead of doing event hosting. I was scared of breaking my ear further and losing sound forever. Since then, I can report that I’ve stopped drinking alcohol and seen a moderate improvement. I wasn’t an alcoholic by any means, but when I did drink, I drank a lot. You see this often in comedians. We want to get the room excited to lift the energy, often sacrificing our health in the process. I couldn’t go down the route of my fellow Farley Irishman Chris Farley.

And of course, there’s the fact that while I pursue a career in entertainment, relying on side hustles to support myself, all my friends are getting promotions, girlfriends, apartments, dogs, even married. Meanwhile, I’m in my room writing a disco rap about being an ordinary dude.

We’d love to hear more about your work and what you are currently focused on. What else should we know?
My profession is bilingual entertainment, including rap, hosting, standup comedy, and everything in between. Translation and interpreting is my Uber driving, though by the end of 2019, I no longer needed to rely on these side hustles. My passion was becoming my profession, until…. coronavirus. But there’s no room to complain as I’m sure everyone’s going through shit. At least I can use this time to write songs and jokes (which is literally all I’ve been doing).

Show any of my YouTube videos to a Chinese friend or relative and watch their face light up with excitement. Chinese is a tonal language, meaning that those who speak it well, speak with a sort of melodic cadence. Add this to a talk show host personality and you’ve got a recipe for something most Chinese people have never seen: LeLe Farley.

I’ve put over a decade of my life into this language, its culture, and its people, perfecting the art of making them smile. Since moving back to LA, I brought my unique experience to the standup stage, constructing a routine meant to show the human side of China, as well as the intrigue of Mandarin, to an American audience. Put me on any stage in North America, China, Malaysia, or Singapore and I guarantee you I can keep the crowd entertained for at least 30 minutes.

Is there a characteristic or quality that you feel is essential to success?
Curiosity. Fostering and following a sense of curiosity is the key to finding a path in life. If you focus on the desire to learn more about something, that desire can carry you through even the most difficult challenges: moving to another city or country, starting a new job, pursuing post-graduate studies, making new friends, etc. 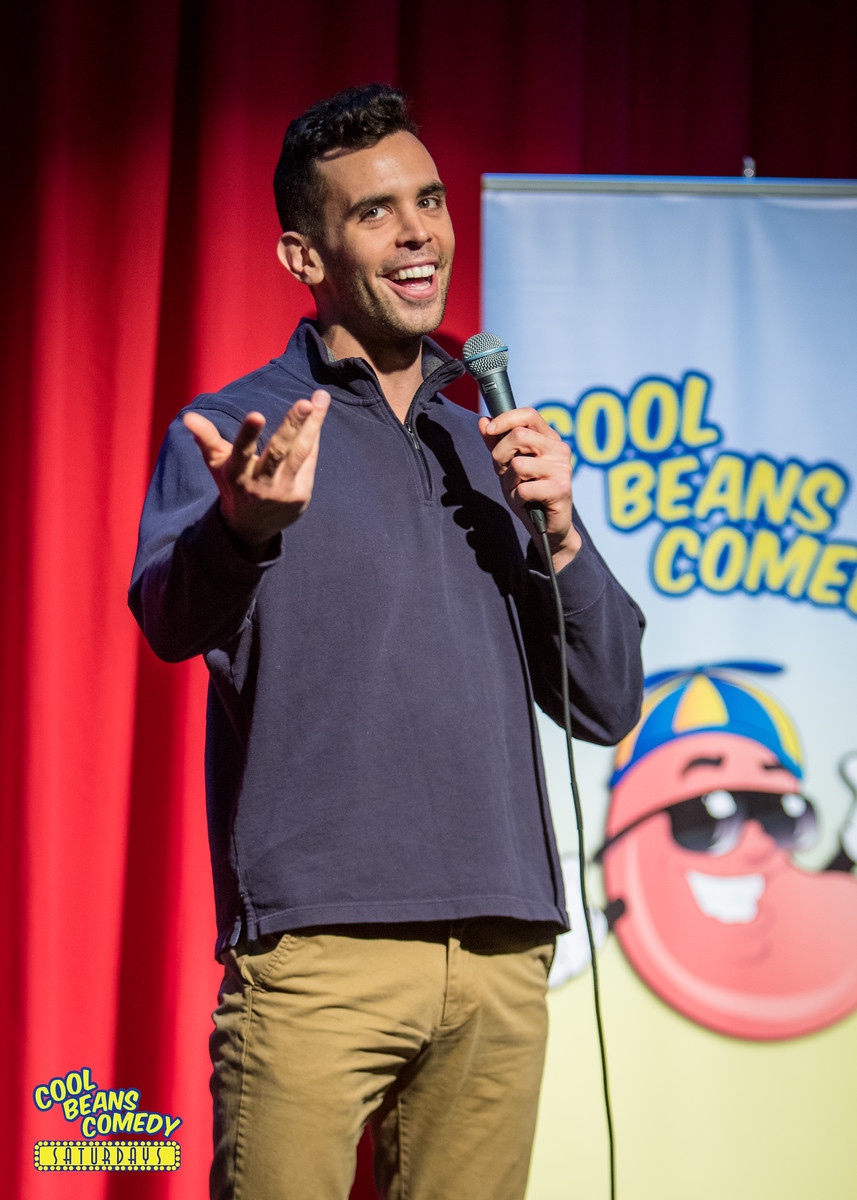 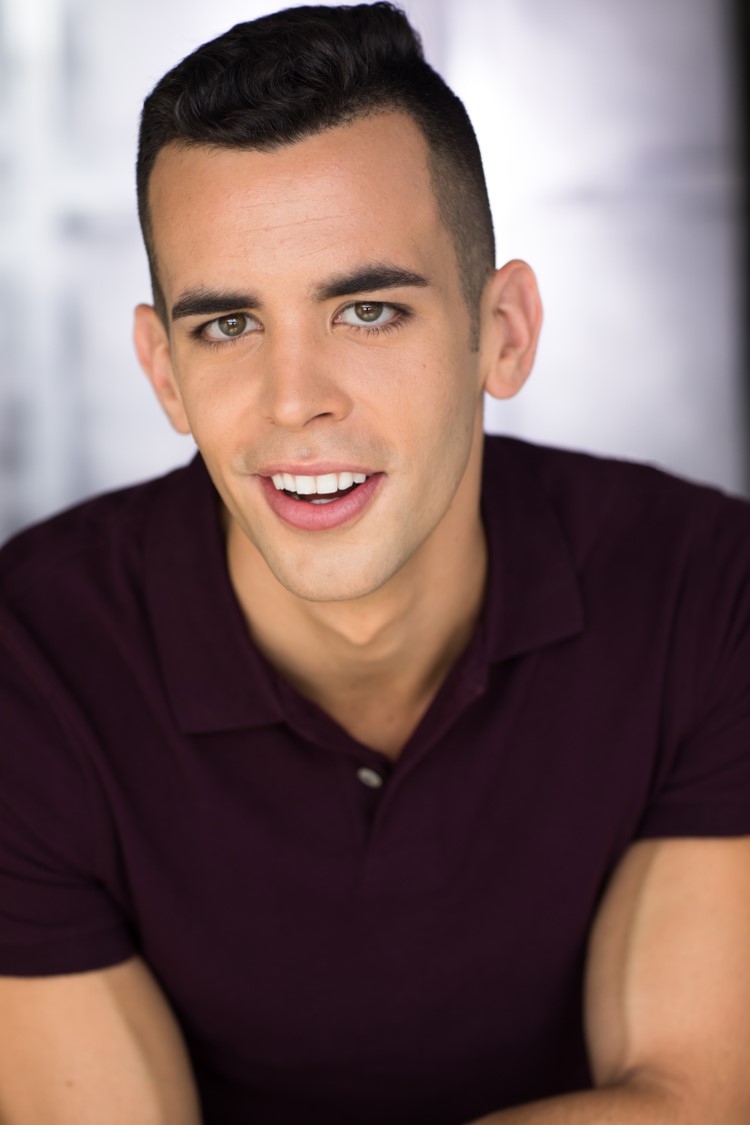 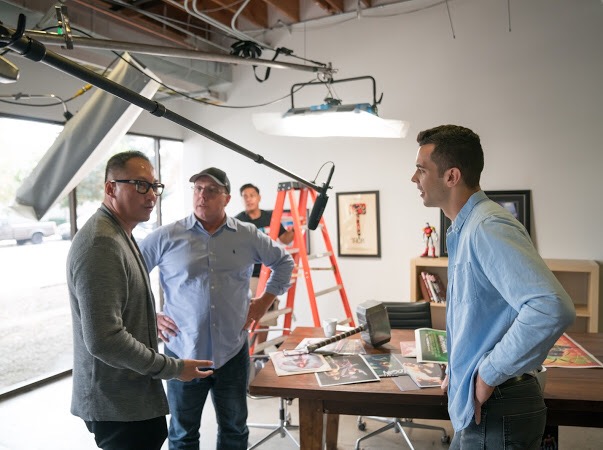 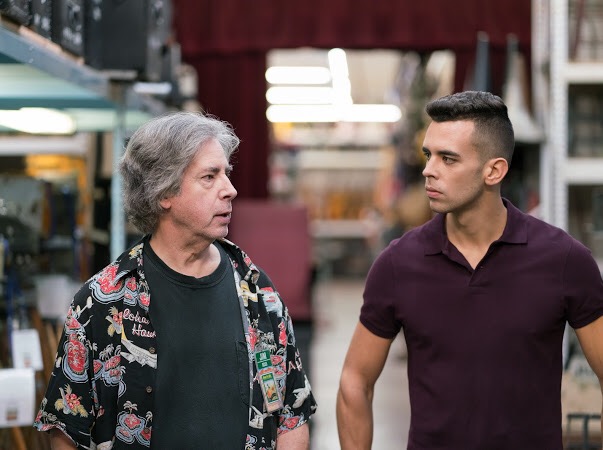 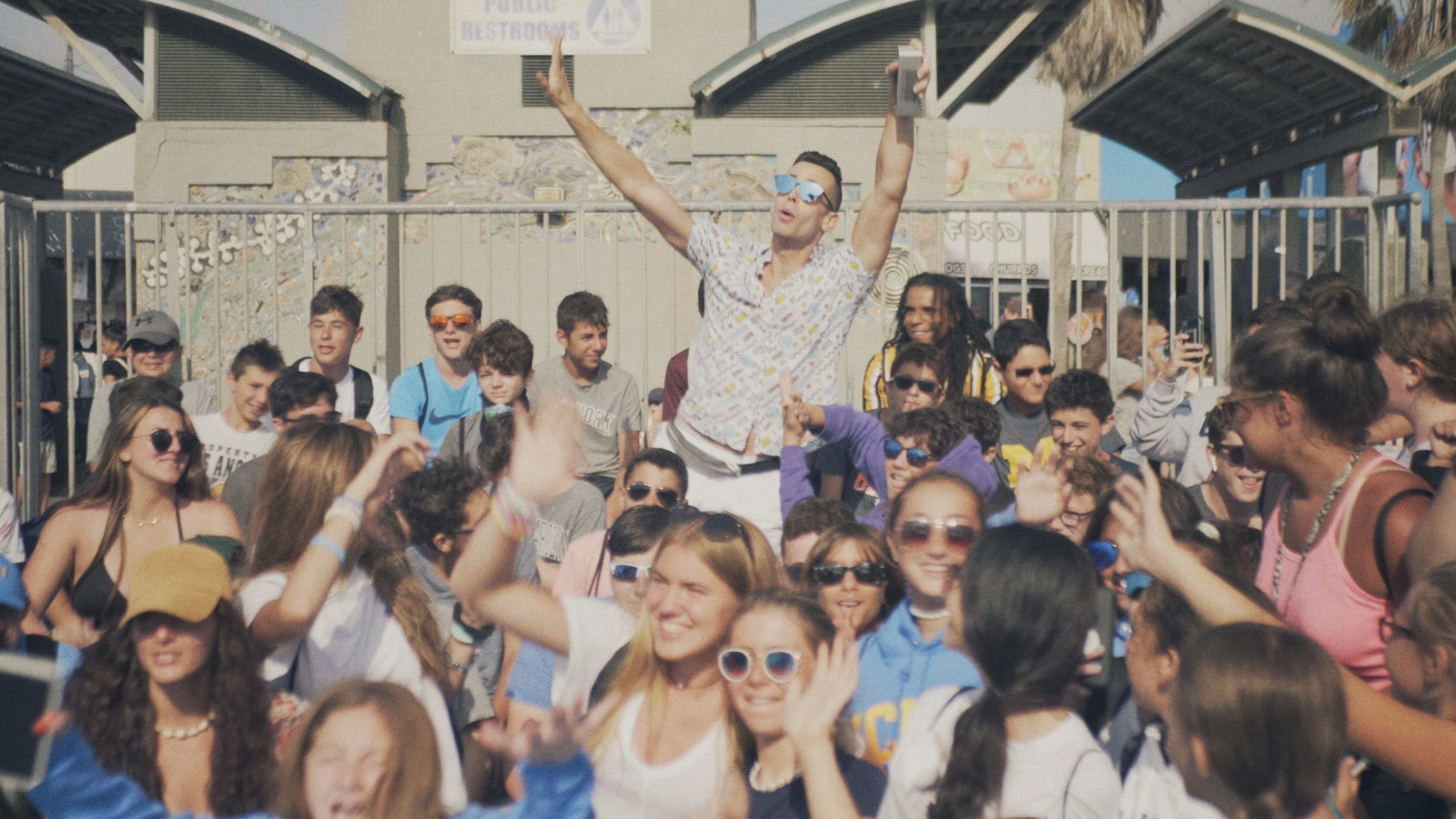 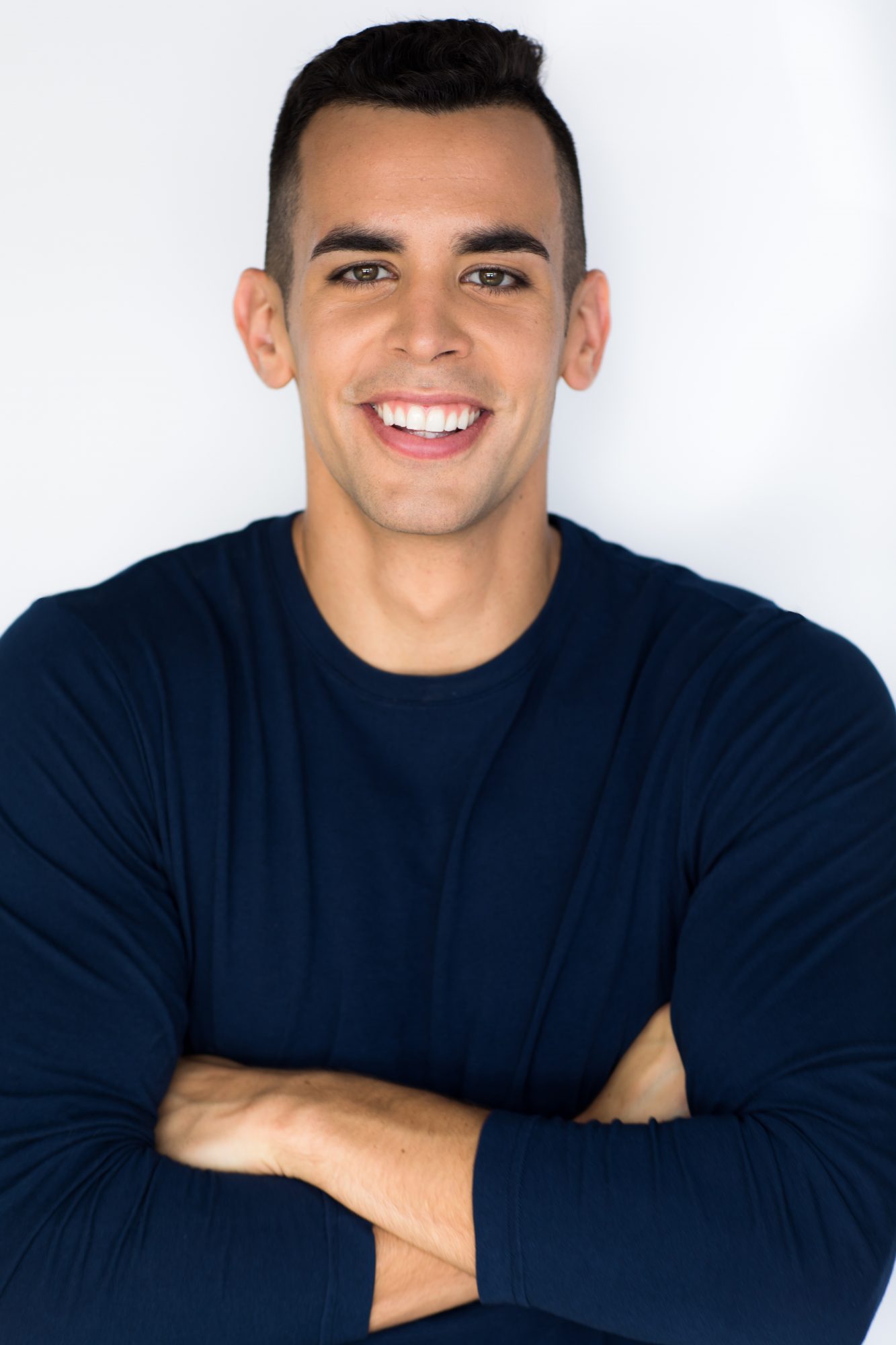