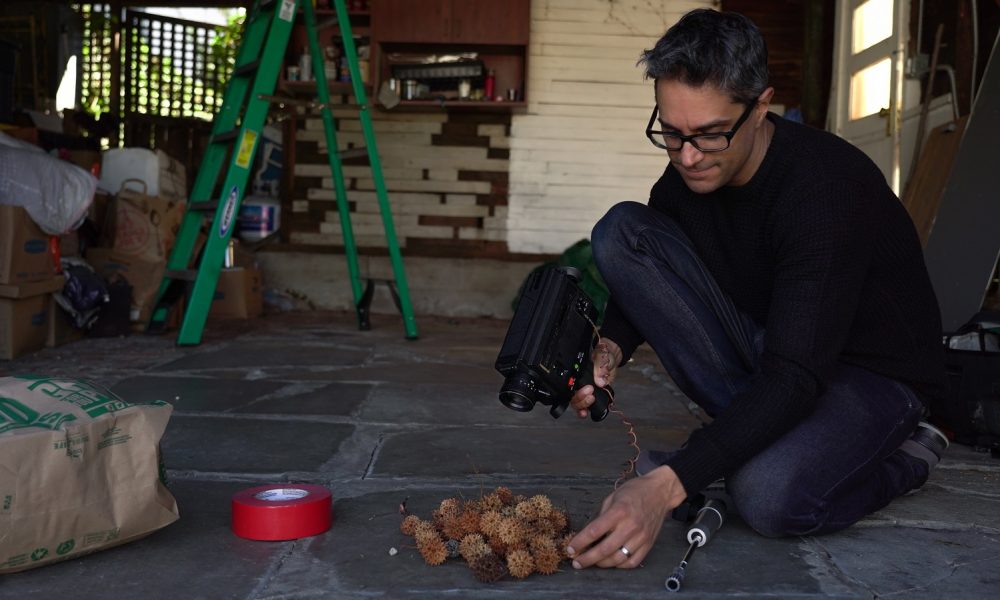 Today we’d like to introduce you to Aleem Hossain.

Thanks for sharing your story with us Aleem. So, let’s start at the beginning and we can move on from there.
I don’t think it’s a coincidence that, as a filmmaker, I’m captivated by the mixing of genres and styles, given that I’m a mixed-race American. My father is a Muslim from Bangladesh who immigrated to the US. My mother is white and was born and raised in Connecticut in a Roman Catholic family only a generation or two removed from Italy, Spain, England, and more. I grew up watching baseball and Bollywood, celebrating Eid and Christmas. This mashup has, for sure, shaped me as a human being and artist.

If you’d asked me when I was in high school or even my freshman year of college, what I would be doing in 2020, I wouldn’t have said filmmaker and professor. I was definitely obsessed with movies and TV. And I really really liked academia. But it wasn’t until my senior year at the University of Chicago that I realized I wanted to make films. On a whim, I borrowed the big clunky video camera that the film club had recently acquired and I made my first film without any training, classes, etc. It was before YouTube. When it was finished, I was hit by these two simultaneous feelings: the film was not good… and I couldn’t wait to make more films.

I got into the MFA film directing program at UCLA and was drawn to the idea of making movies that, kinda like me, were fusions of different genres, styles, and forms. My thesis film, The Thin Orange Line, was a classic cop-out-for-revenge film… with a dancing orange bear. After grad school, while I was making shorts and web series, I started tinkering with 360 video and AR/VR and eventually did a VR project for the VR Action Lab, a collaboration between Google, Harmony Labs, and Screenwriters Colony. Most recently, I wrote and directed my first feature film, After We Leave which is coming out in theaters in February and then on Apple and Amazon. It’s my combination of science fiction and gritty indie drama… I was trying to make a film like Winter’s Bone but set in the future.

Along the way, I discovered something else I absolutely loved doing: teaching. I took my first teaching job on a lark. I needed money after film school and a friend of mine got me an interview. It turned out to be so much more than a random side hustle. I taught for many years at Pasadena City College. A couple of years ago, I landed a dream job at Occidental College. My title is professor of Digital Storytelling and I just love that.

Right now, I’m writing my next feature and a TV project. And I’m about to celebrate one year of publishing an email newsletter where I talk about my own artistic process and projects but also focus on spreading the word about great indie sci-fi books, movies, and comics and talking about diversity in genre film in general.

Has it been a smooth road?
I’m trying to always take the long view. Which is always harder than I think. When I look back at the last twenty years, my feeling is that nothing I wanted to achieve happened as fast as I hoped or in the way I imagined. But yet right now I’m satisfied. The making of my film is a great example of this rollercoaster. Eight years ago, I’d written a few screenplays that got some interest… but then I was told over and over that I’d never be allowed to direct them because I’d never directed a feature film. So scraped together $11,000… which, I want to acknowledge is not something I was able to do just because I “worked hard”… it wasn’t easy to get that money but it is for sure a sign of my particular level of privilege. Then I called in all my favors to assemble an awesome cast and crew. It took us four years of shooting the film on nights and weekends but we actually managed to get the film in the can… but then I had no money to finish the film. But I was able to use the rough cut to raise $18,000 on Kickstarter and we finally finished the film… which was then rejected by 22 festivals in a row and had no prospects for distribution. But then, we got accepted by Sci-Fi London and won Best Film which led to more festivals, more awards, and a rave review from Film Threat. And all of sudden we had a distributor acquire the film and it’s getting released theatrically in LA and then digitally on Apple and Amazon. And now I’m back to staring at a blank screen on page 56 of my next screenplay.

I don’t know if, a decade from now, I will have different takeaways from that journey but at the moment, I feel like it just means that I have to kinda push through the long periods doubt or apparent stagnation and keep doing what I’m doing. Not necessarily because I think it will all work out perfectly but because it won’t turn out at all if I stop.

So, as you know, we’re impressed with Toin Coss Films – tell our readers more, for example what you’re most proud of and what sets you apart from others.
I’m trying to push further in the direction I started with After We Leave. As a kid, if you’d told me that sci-fi and comic book movies would be the biggest movies in the world, it would’ve blown my mind. I was such a fan but it was so uncool. But now that my geek generation has sorta taken over the world, I’m not as happy as I thought I’d be. I like some of the big blockbusters… they are amazing when done well and I’d love to work on that scale and make an amazing big movie. But there’s a lot out there that’s kinda generic. And I hope more people, with different identities and artistic ideas, will make lower budget sci-fi and speculative films… films that have a different sense of style and pacing and tone and characters and what it means to tell a story. Genre films can do so many things and I really want to keep making speculative stuff that shows that. I could talk about this forever, but instead I’ll say that anyone who is interested can go to aleemhossain.com and sign up for my newsletter. I really love sharing a cool indie sci-fi thing I’ve discovered.

Let’s touch on your thoughts about our city – what do you like the most and least?
When I first got to LA, I started reading Jonathan Gold’s restaurant reviews in the LA Weekly and later the Times. I was fascinated by the idea that he’d gotten it into his head to just walk down Pico Blvd and eat at every restaurant he passed. I think that kinda captures everything I love about LA. It’s a place where a Salvadoran restaurant is next to a sushi place which is next to a burger joint. As a mixed race person married to a Chinese American, with kids who are even more mixed-race than I am, that’s the kind of place I need to live. But it’s more than that. I love that LA is a place where a guy can decide to do something as wacky as eat his way down Pico Blvd… and then write about it and really make it a story about our society as a whole… and then win a Pulitzer Prize for doing so. That’s a city I want to live in. 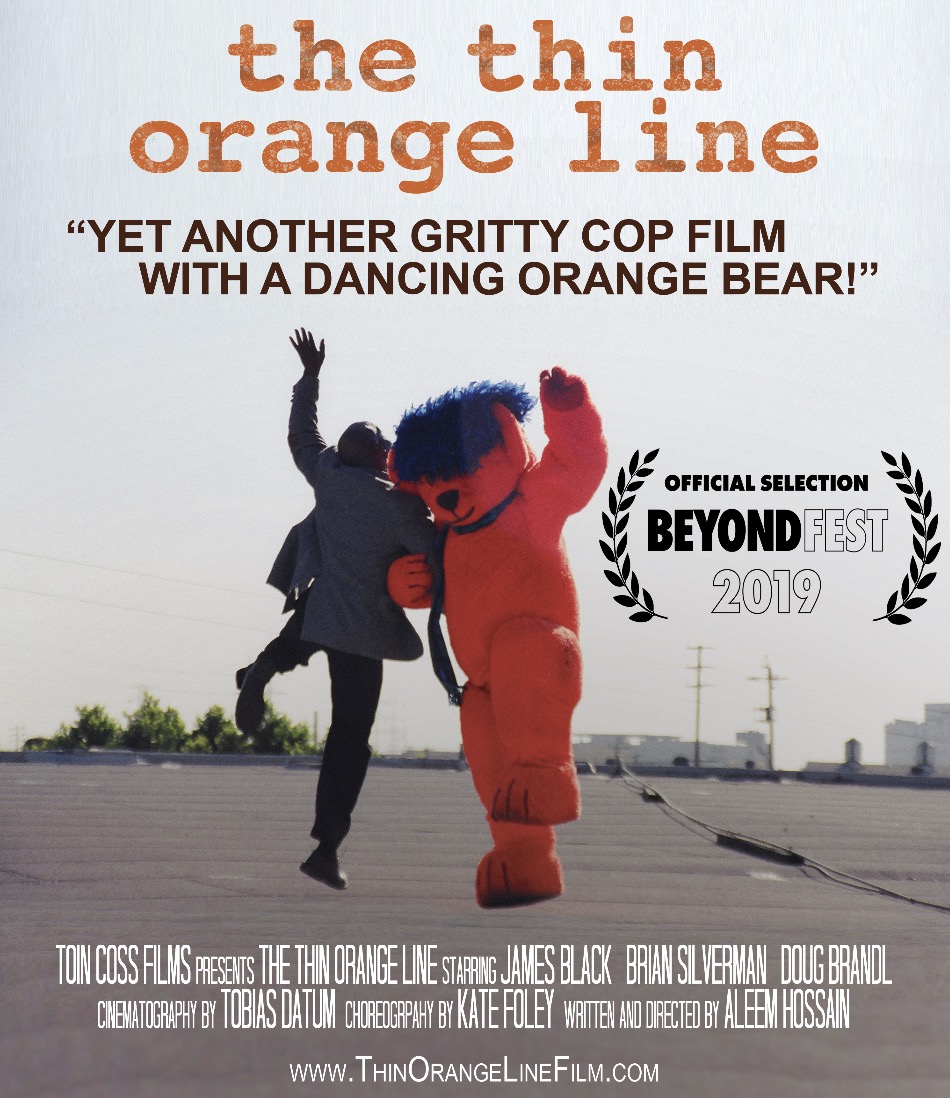 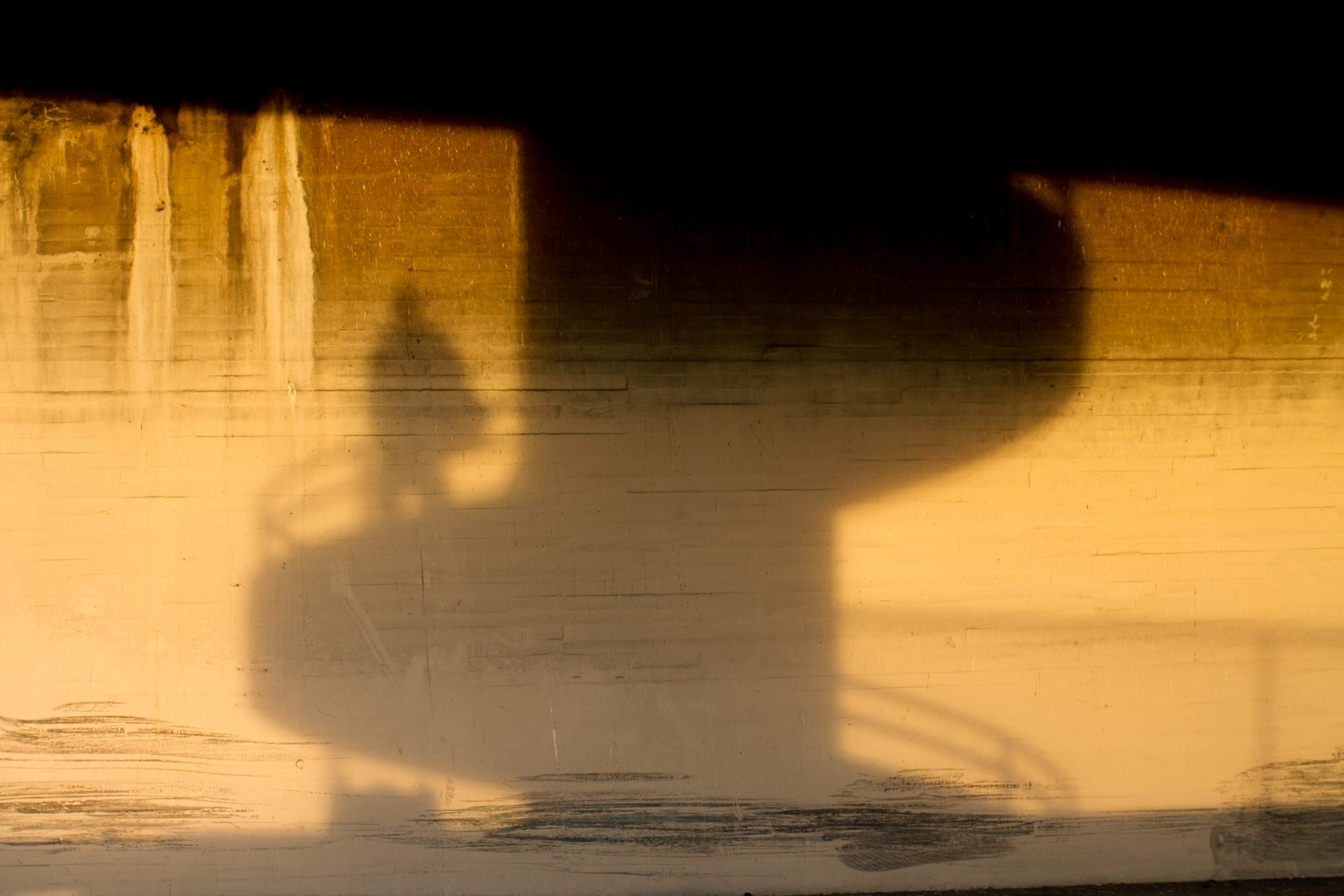 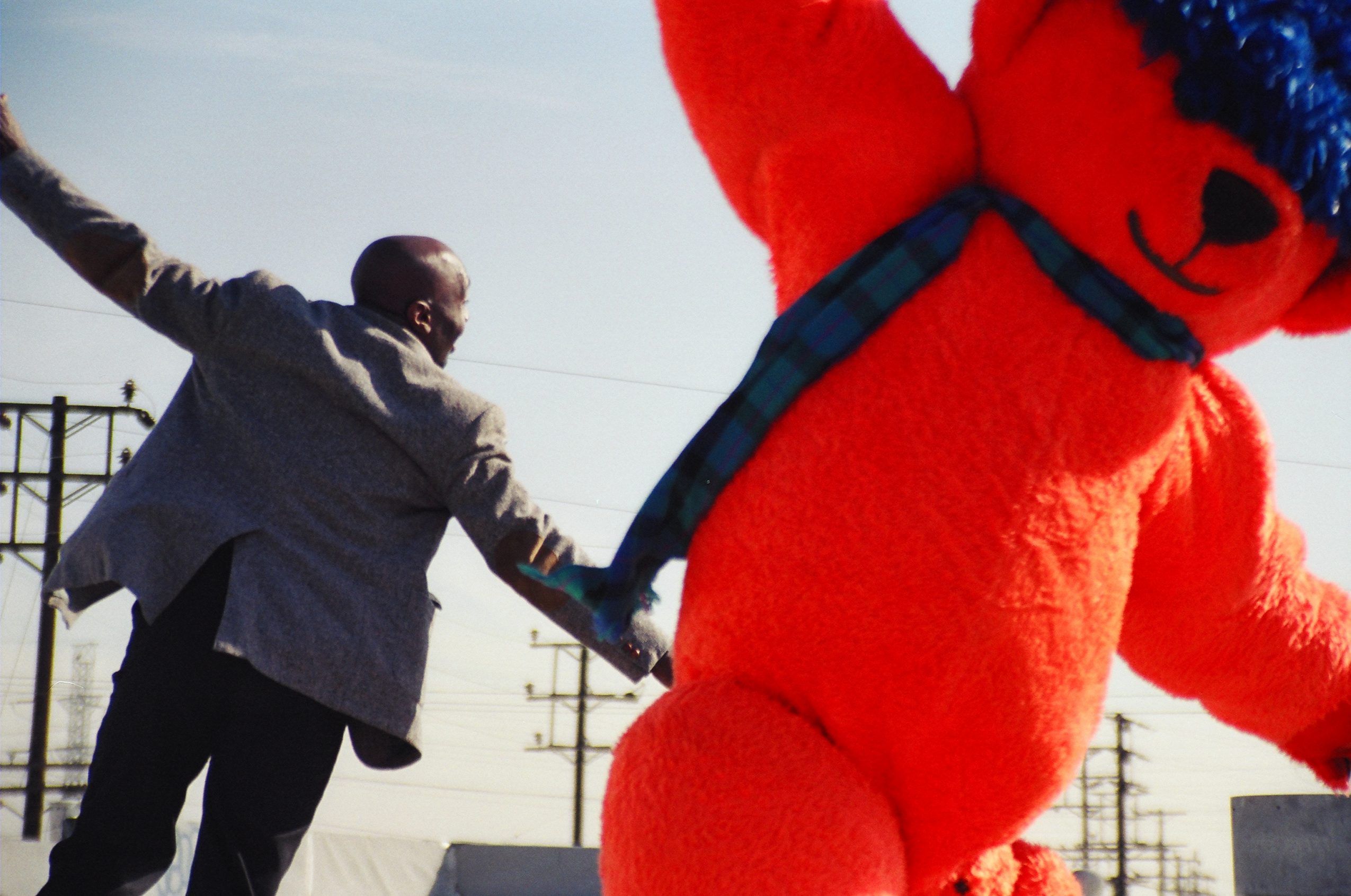 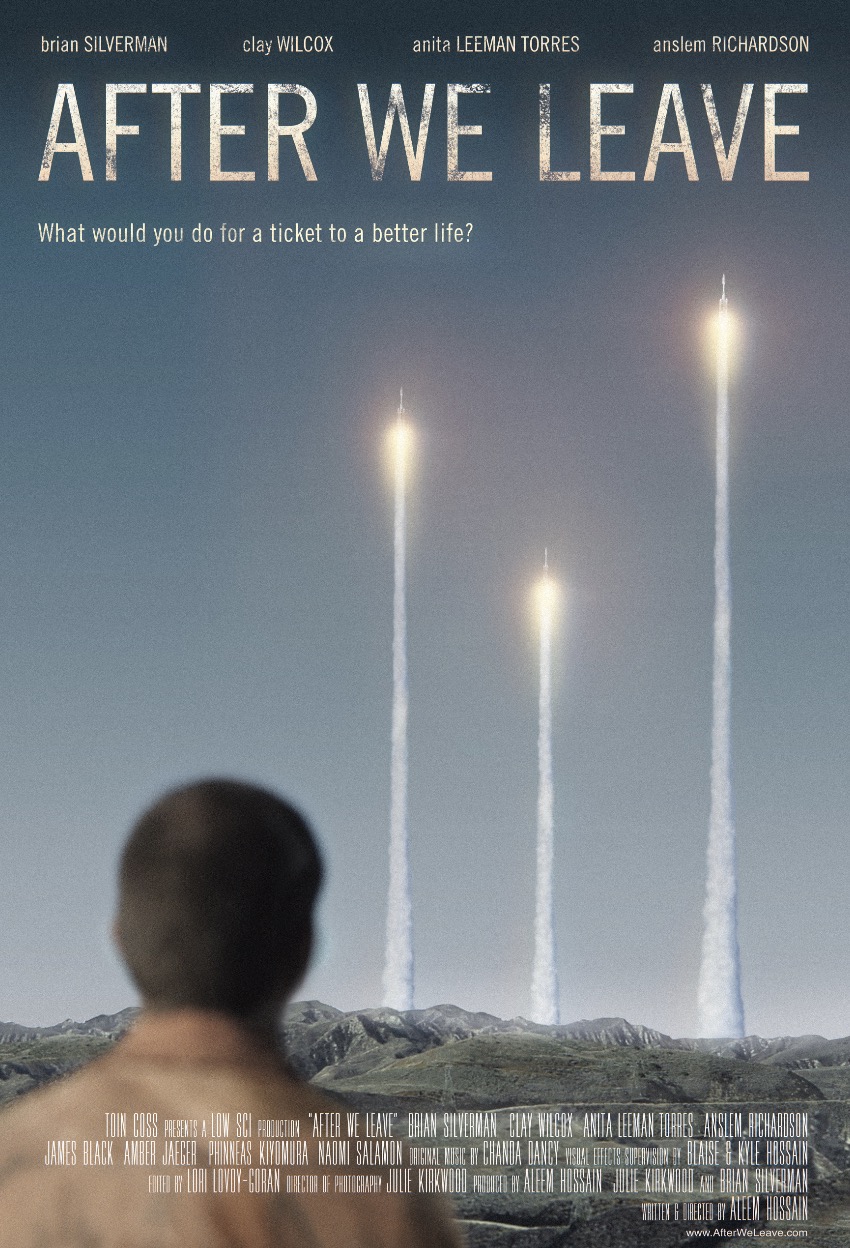