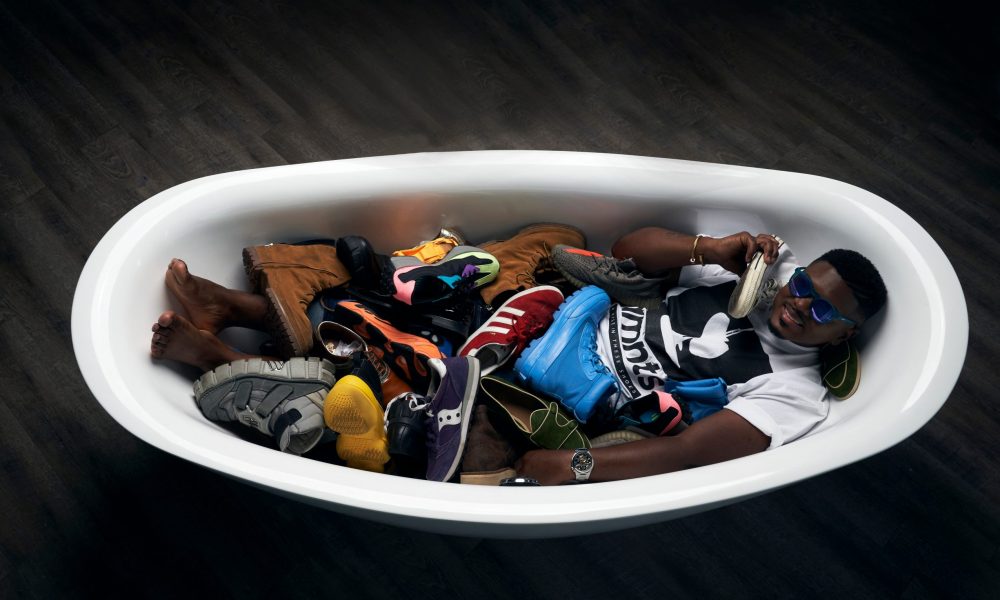 Today we’d like to introduce you to J. Mallory McCree.

Alright, so thank you so much for sharing your story and insight with our readers. To kick things off, can you tell us a bit about how you got started?
Originally from Detroit, MI, I’ve always had my sights set on acting and making movies. From an early age, I would memorize not only actors’ names but the studios and production companies that produced them. Thank goodness I had such supportive parents who indulged in my creativity and wonder. My mom had me in everything from church plays to school plays and summer acting programs in between.

By the time high school rolled around, I was sent to Cass Technical High School (Diana Ross, Lily Tomlin, Big Sean, Ellyn Burston, David Alan Grier). It was there I would train under Tony Award Winning teacher, Marilyn McCormick, who has produced some of the finest working talents to date (Nicco Annan, Chante Adams, Angela Lewis, Joel Steingold, and Cornelius Smith, Jr. to name a few). From here I would go to study classically at Rutgers University’s Mason Gross School of the Arts, including a year’s training at Shakespeare’s Globe Theatre in London, England.

During my senior year of college, my mother (a devout educator) passed away, and at that point, I knew I couldn’t return to Detroit. I had no choice but to honor all that my mom sacrificed and poured into me. So I headed to New York City. There I would lay an amazing foundation harnessing my craft in the theatre under the likes of Stephen McKinley Henderson; Emily Mann; Charles Weldon and Reuben Santiago-Hudson. That extended professional training would lead me into television and film, where I’ve been able to co-create incredible art in projects such as Quantico, Homeland and Good Trouble, among others.

Once I moved to Los Angeles, and having such a fervor for the business of our industry as well as a passion for creating my own projects, I stepped into the role of producer, producing award-winning and nominated projects that range across mediums. Fast forward and I have now created a production company, BlüRemidi Media, with two of my fellow Cass Tech Detroiters, Cornelius Smith, Jr. (Five Days at Memorial) and my wife, Angela Lewis (Snowfall).

First project out of our cannon is AMNTS: A MILE IN THES SHOES.

I’m sure you wouldn’t say it’s been obstacle free, but so far would you say the journey have been a fairly smooth road?
As Langston Hughes’ famous poem says, ‘Life for me ain’t been no crystal stair.’ I’ve had many a challenge and struggle along the way.

As I mentioned earlier, my mother passed my senior year of college. I moved to New York with $800 bucks in my pocket and was swindled out of $300 of it looking for housing. I have literally worked every job under the sun trying to provide for myself in one of the most expensive cities in the world (that’s a whole other article). Being told “no” or rather “not yet” has become a close family member. And each time I enter into a new discipline, there are inevitable risks, failures, and losses.

What I will say about each of the challenges I’ve crossed paths with is they have all been the best learning experiences, and despite it all, the universe and my ancestors have always provided for me. On the other side of each of those challenges, I was met with some type of success. I see challenges as win-win situations. You’ll always walk away having learned something new, possessing an inner, mental, and sometimes physical strength that prepares you for the next hurdle – that you will no doubt overcome!

Appreciate you sharing that. What else should we know about what you do?
At this stage of my life and profession, I think it’s best to sum up what I do as just…creator. Where I would initially only label myself as an actor and producer, I’ve embraced that I’m much bigger than any one title. I’m an artist through and through, whether it is expressed as an actor, producer, cook, fashionista/stylist, filmmaker, or now – host. I just look for ways to express creativity that is true to myself and affects the world in a positive way.

In this moment, I am most proud of my current project, AMNTS: A MILE IN THESE SHOES, where I use my passion and love for shoes as an opportunity to learn about others, gain new perspectives, and grow as a human. With an emphasis on trailblazers, I interview folks from every walk of life who are making an impact in their communities and are willing to share what it took to get there, all while telling us what shoes they had on while doing it. I see shoes as bridge builders. They are the last thing you put on as you leave the house, as you take your first step into the world to do something that will no doubt have an impact on someone, somewhere. I’m fascinated by people and am always looking to find ways to bring us together, no matter what walk of life they come from. We are all connected. If it takes a pair of Adidas to bring us to the table then so be it! This first season highlights the highs, lows, successes, challenges, and so on of guests from all walks of life including – but not limited to – fashion designers, actors, musicians, athletes, first responders, community leaders, activists, and more. With inspiration taken from artist, Kim Abele’s public art space in Los Angeles, “Walk a Mile in My Shoes”, a collection of monuments that highlight the shoes worn by both national and local activists, we have taken a modern twist on it, showcasing today’s mavericks in real-time.

Episodes are streaming now on YouTube. Learn more at www.amnts.co.

I think what sets me apart as an artist is that I refuse to see the world how people in the world tell me I should see it.

Any advice for finding a mentor or networking in general?
If you ask my wife, she would say I am a master networker. I think the thing with me is I am genuinely intrigued by what people do, and am always wanting to learn more. If our interests are aligned that’s when I’ll just say, “How can I get involved?” As much as I’d like the opportunity to work with someone and perhaps benefit, I also like to find the way in which I can be of service to them. I think the key with networking is just coming from a genuine place. I had a teacher in college who said whenever you’re in a meeting, find as many things to talk about that’s not industry related. Take note of the pictures on their walls, desks, etc. Find ways to connect on a human level. That has been my go-to since. I’ll have a whole hour-long convo with folks before we even get to talking shop. Now we know if we like each other, which informs if we can do business together. 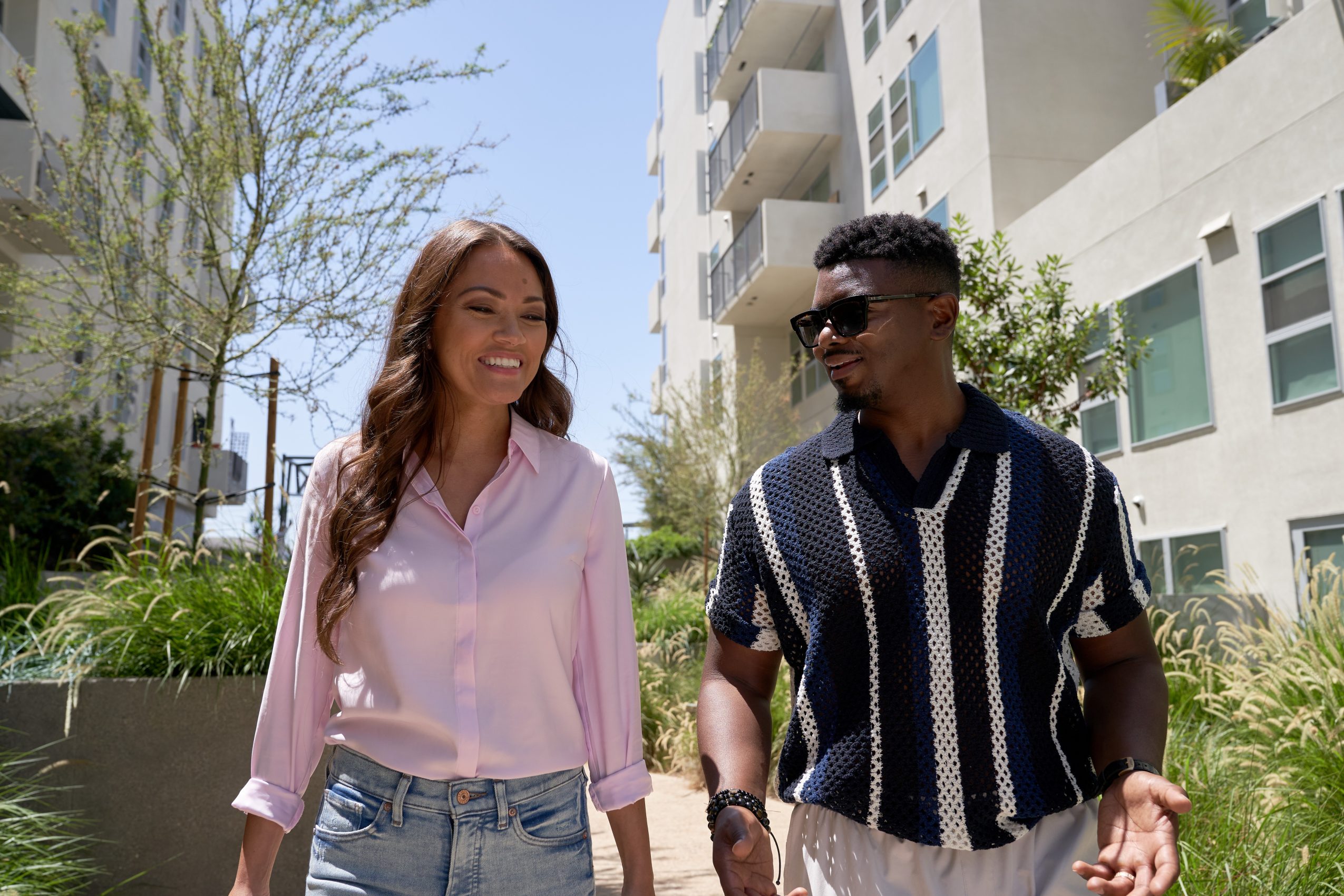 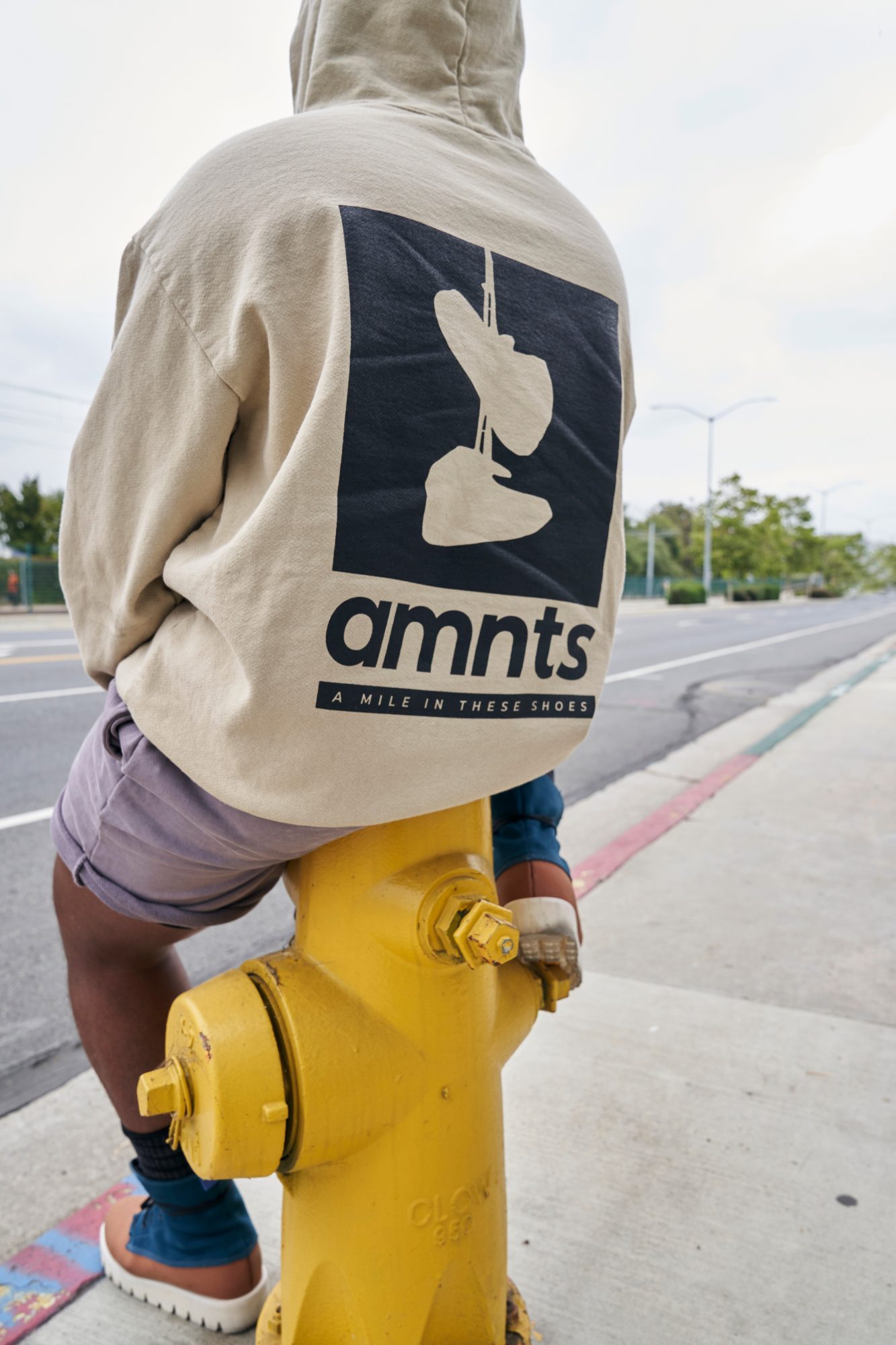 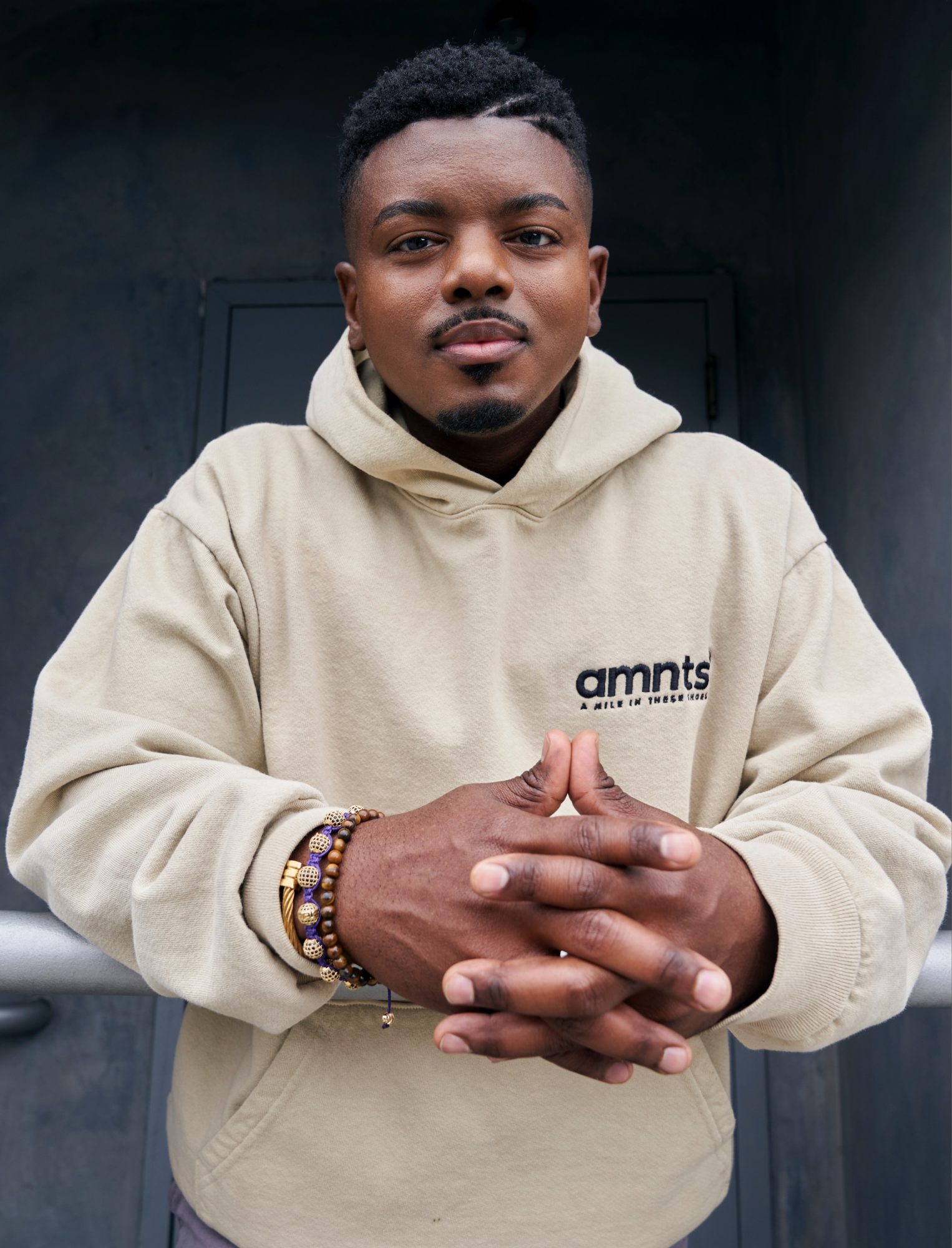 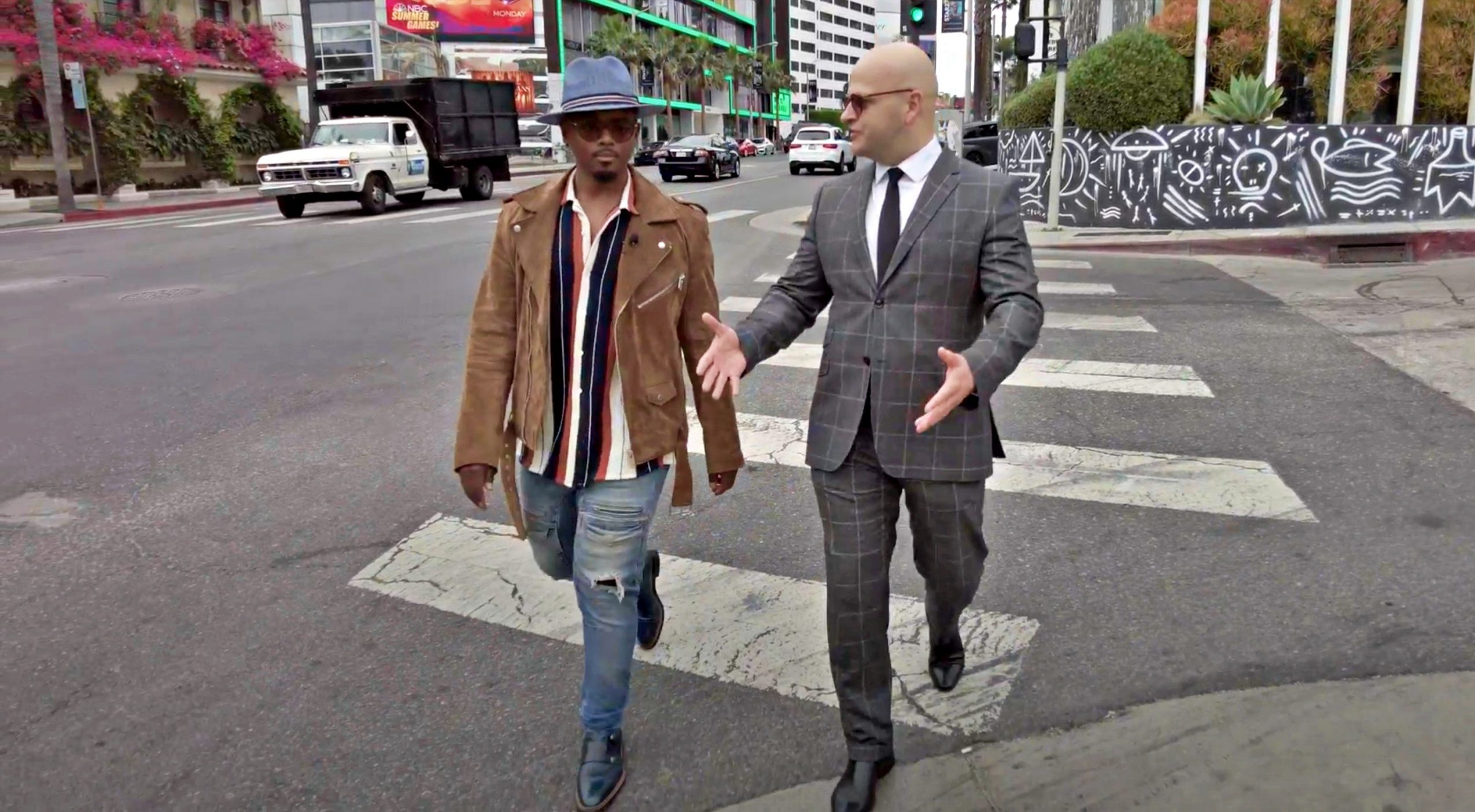 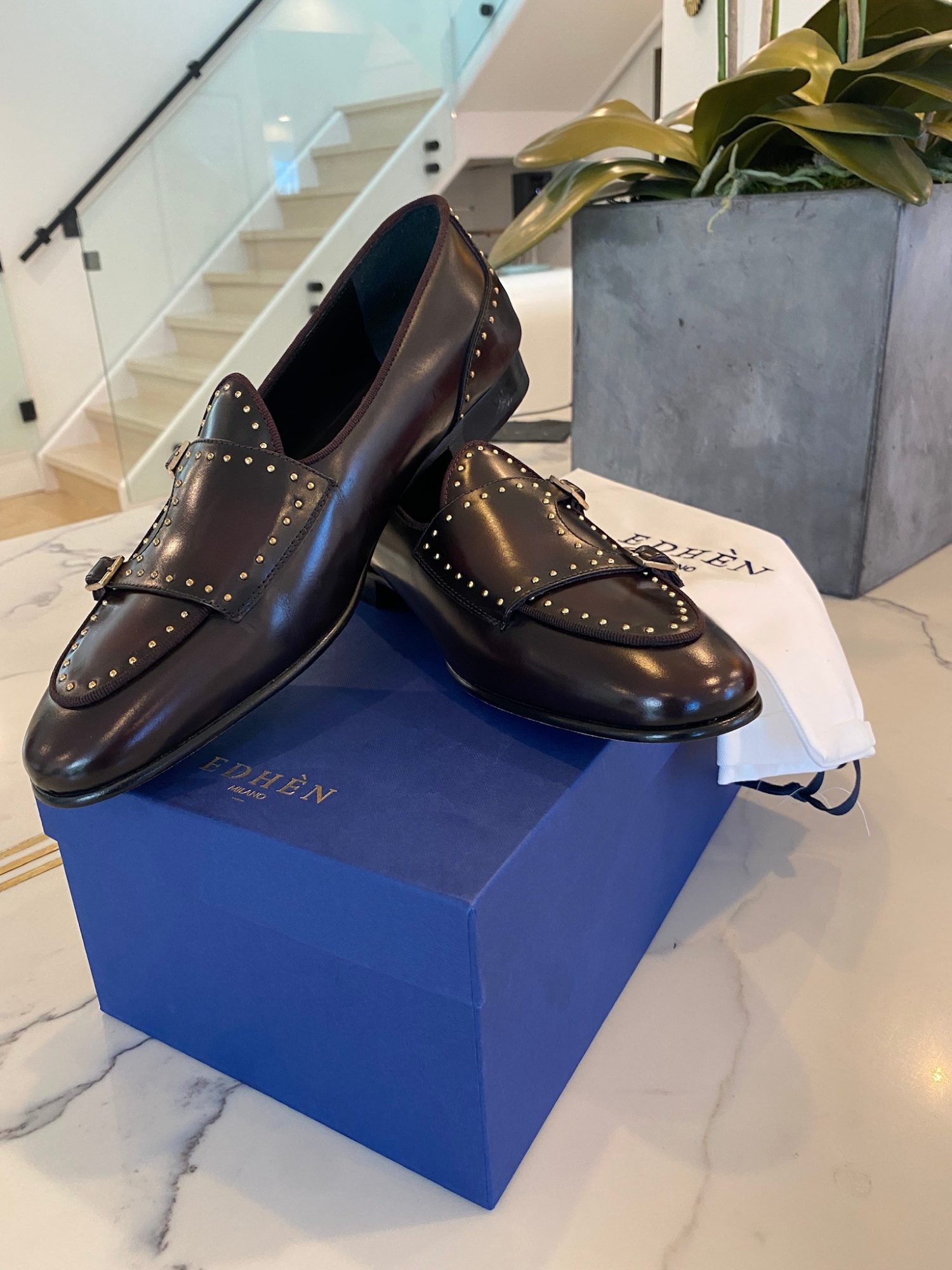 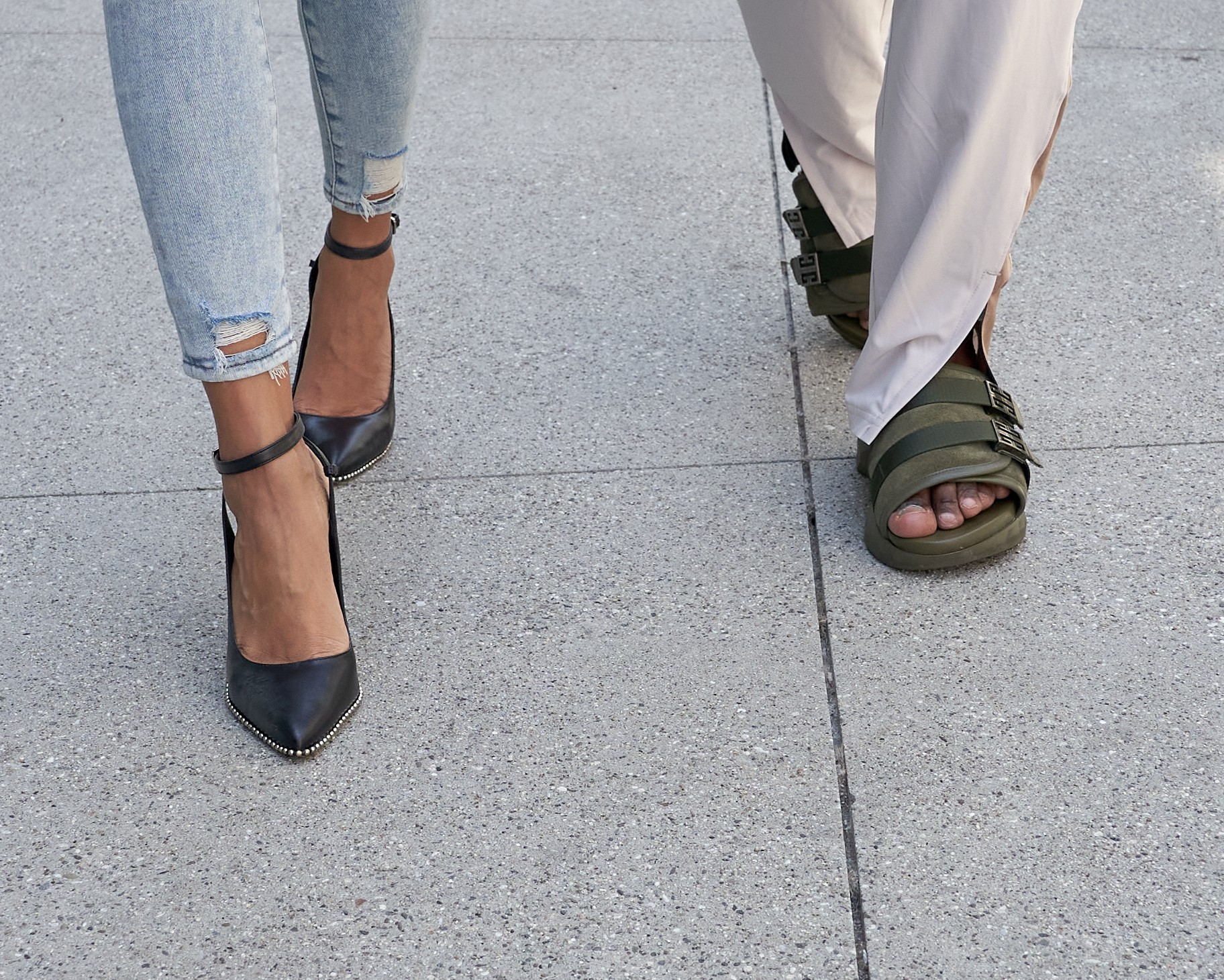 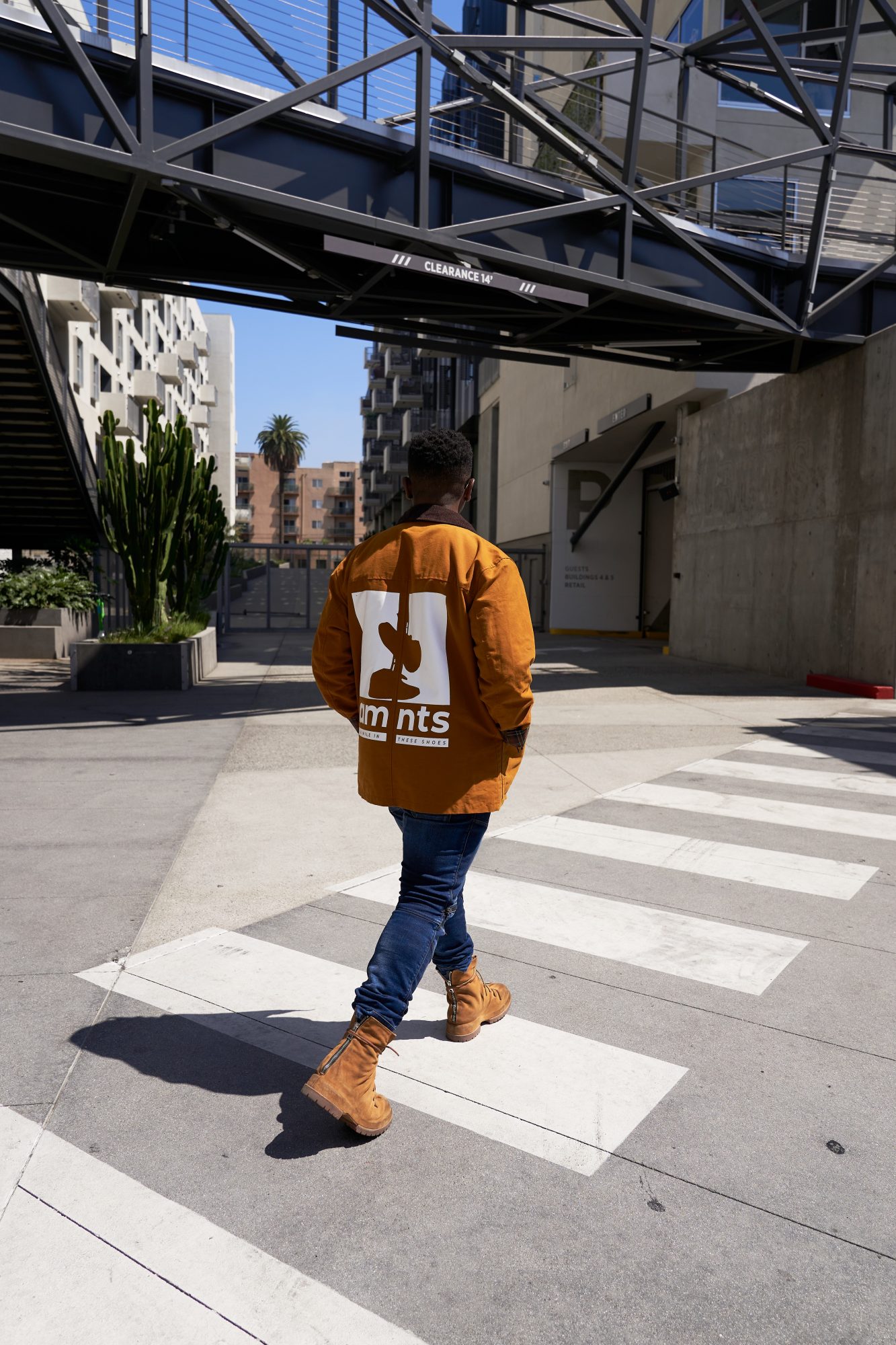 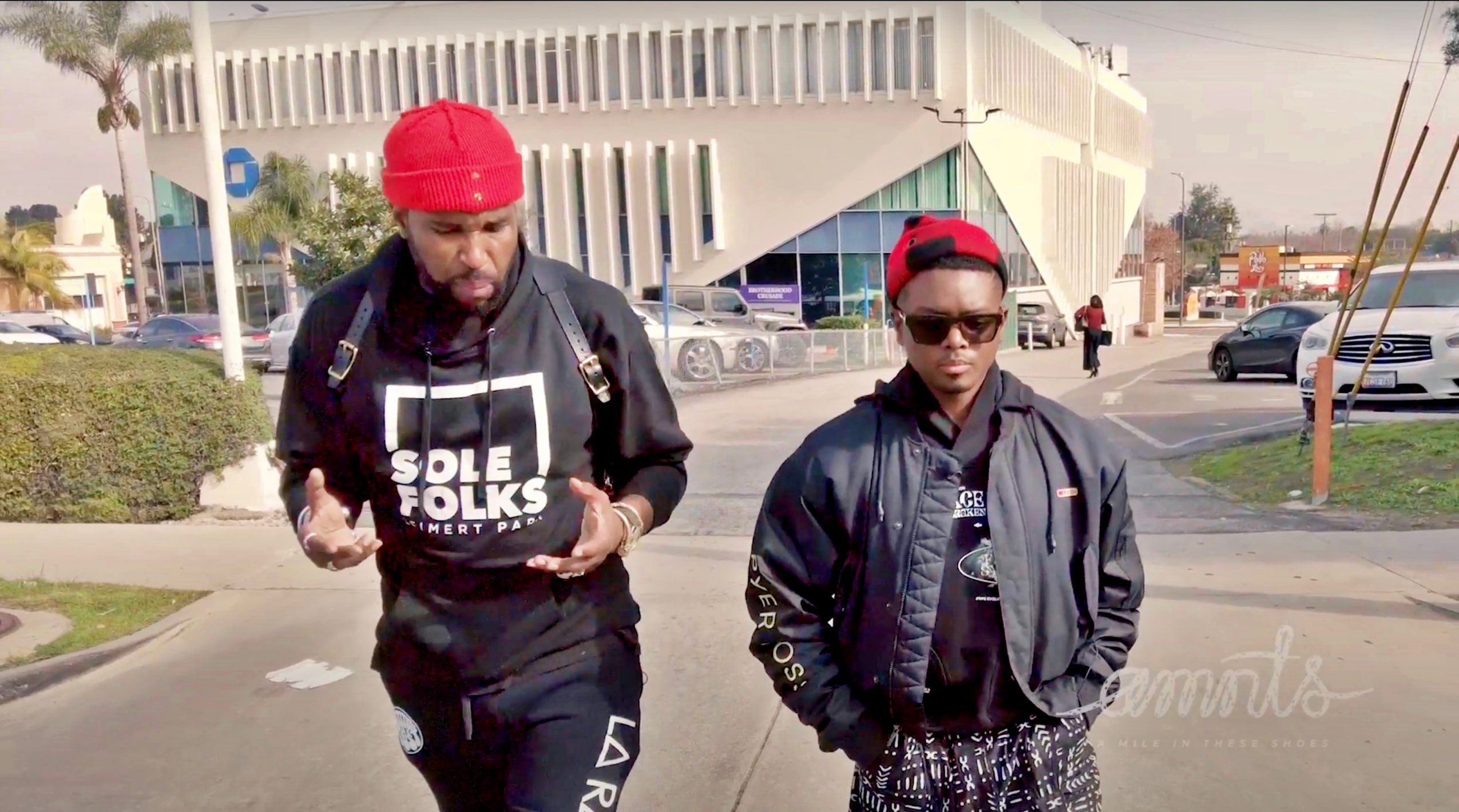 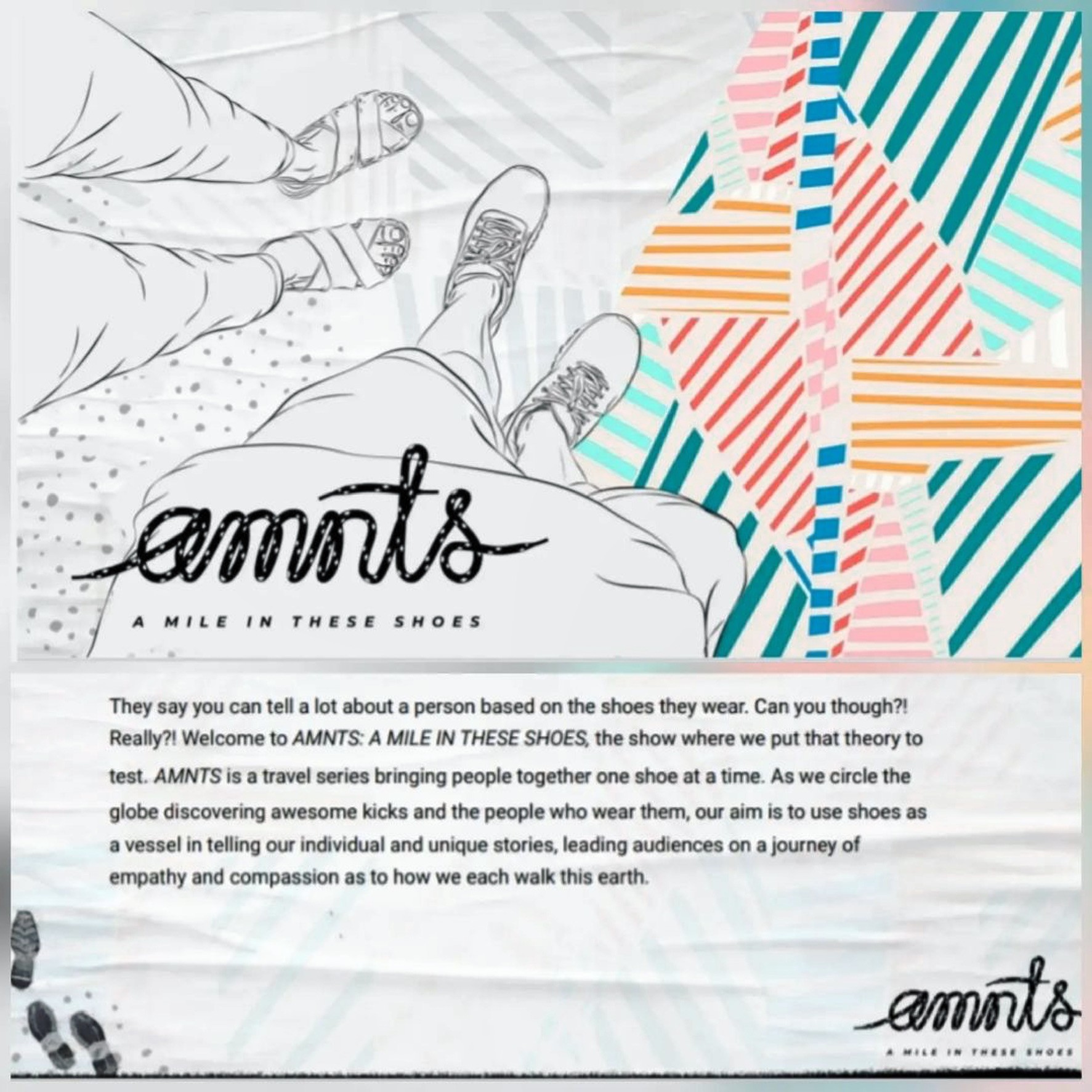