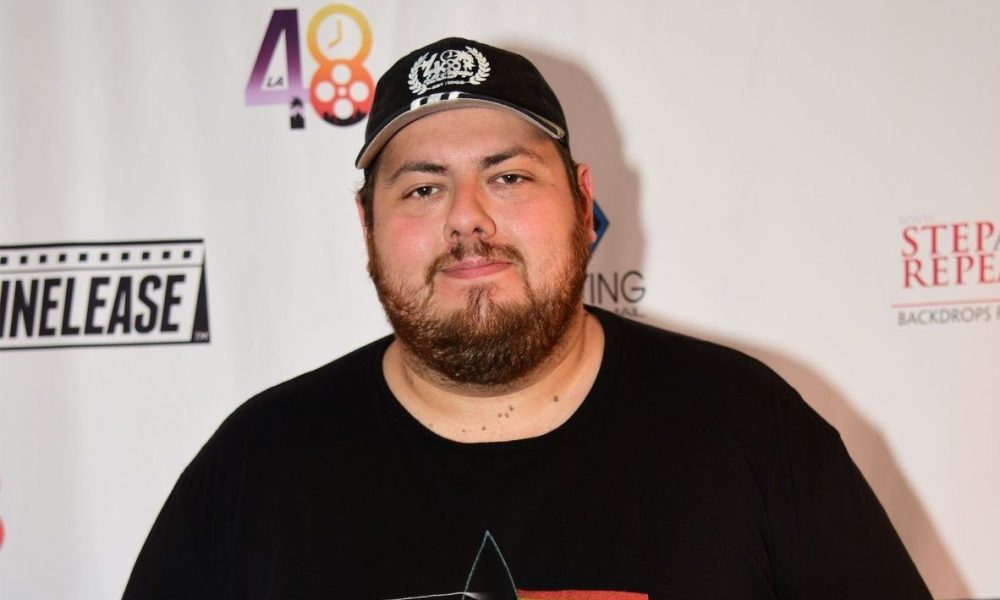 Today we’d like to introduce you to Andrew Kadikian.

Hi Andrew, can you start by introducing yourself? We’d love to learn more about how you got to where you are today?
My interest in cinema started at a young age. I grew up in the golden age of the Hollywood blockbuster, or at least that’s how I saw it. The films I would watch growing up really inspired me and taught me about the magic and escapism films can have. It also inspired my decidedly more commercial than artistic style. In high school, I took every available opportunity to learn the craft. I took the limited cinema arts classes that were available but at the same time, I also formed a group of friends to make short films with outside of school. After graduating high school, I went to film school and soaked up all I could there. It was there where I met a good handful of my closest collaborators as well as a staff of amazing professors whom I deeply respect and still occasionally turn to for guidance to this day. Since finishing film school, I have been working both freelance and in positions as a professional film and video editor. Meanwhile, however, I have not slacked off in the production of my own passion projects which I write and direct. I have made a plethora of short films and web content and I am working on getting my first few feature films off the ground. Multiple projects of mine are getting a lot of play in film festivals around the country as well as abroad and there’s always something going on in my circle of collaborators to keep the creative juices flowing. The pandemic certainly slowed us all down a bit, but I am hoping that 2021 and 2022 will be big comeback years for us, independent film, and the film industry at large.

Would you say it’s been a smooth road, and if not what are some of the biggest challenges you’ve faced along the way?
It certainly hasn’t been a smooth road. There have been many challenges along the way. Most recently and obviously, of course, the pandemic has wreaked havoc on film production, especially at lower budgets. Being an independent filmmaker has always presented challenges of a monetary nature. Finding funding for your projects often means forging relationships with people who believe in you and sometimes that can be easier said than done. The biggest challenge for me, over the years, I think has been the balance that I’ve had to maintain between my passion projects and my work which I do for a living. I admittedly sometimes don’t do such a good job at balancing them and find myself spending more time than I should on things I wanted to do rather than things I needed to do, but I count myself lucky that my “day job” is essentially the same things as my dream job so it’s pretty much just as enjoyable. Conversely, there were also years where I was devoting myself so fully to full-time editing work that I didn’t make any progress on any of my own projects. Finding that balance between work and passion has always been something I struggle with and constantly have to re-evaluate and adjust.

Thanks – so what else should our readers know about your work and what you’re currently focused on?
Professionally, I am an editor. It is my niche and I have more than a decade’s experience in a plethora of different types of projects, genres, and forms of content. My passion, however, is directing. I also have a decade of experience directing short films of many different kinds and genres. One of the things I am most proud of is having participated in 20 48 Hour Film Project competitions in my career since 2011. The 48 is a worldwide competition in which teams in any competing city are given a genre, prop, character, and line of dialogue on a Friday night and then are sent off to make an eight-minute short film which they have to turn in on Sunday night, within 48 hours. I think of this as one of the ultimate forms of trial by fire where filmmakers can learn their craft, practice their storytelling skills, and expand their horizons by working in genres that are outside of their comfort zone. As I said, I did 20 of these over ten years and made it into the Best Of awards ceremonies of 11 of those competitions where my films were nominated for and won awards. I consider this a huge building block of my skills and my career. I also know that not many who try the 48 stick around for as many I did, which I guess sets me apart in a way, either as a resilient filmmaker or a glutton for punishment. My end goal is to write and direct feature films at a sustainable Hollywood level where I can make what I want to and explore the stories that fascinate me.

How do you think about happiness?
Being creative. Working on things, namely either editing a project or being on set. When a day goes by where I haven’t been productive in a creative way, I always end up feeling bad. I am at my happiest when I am creating art. I think that’s one of the signs of a true artist. At the same time, I am a very extroverted, outgoing personality. Film, being a collaborative medium, allows me to be social and creative with people that I love. So I think that’s also part of what I love about being on set and working. 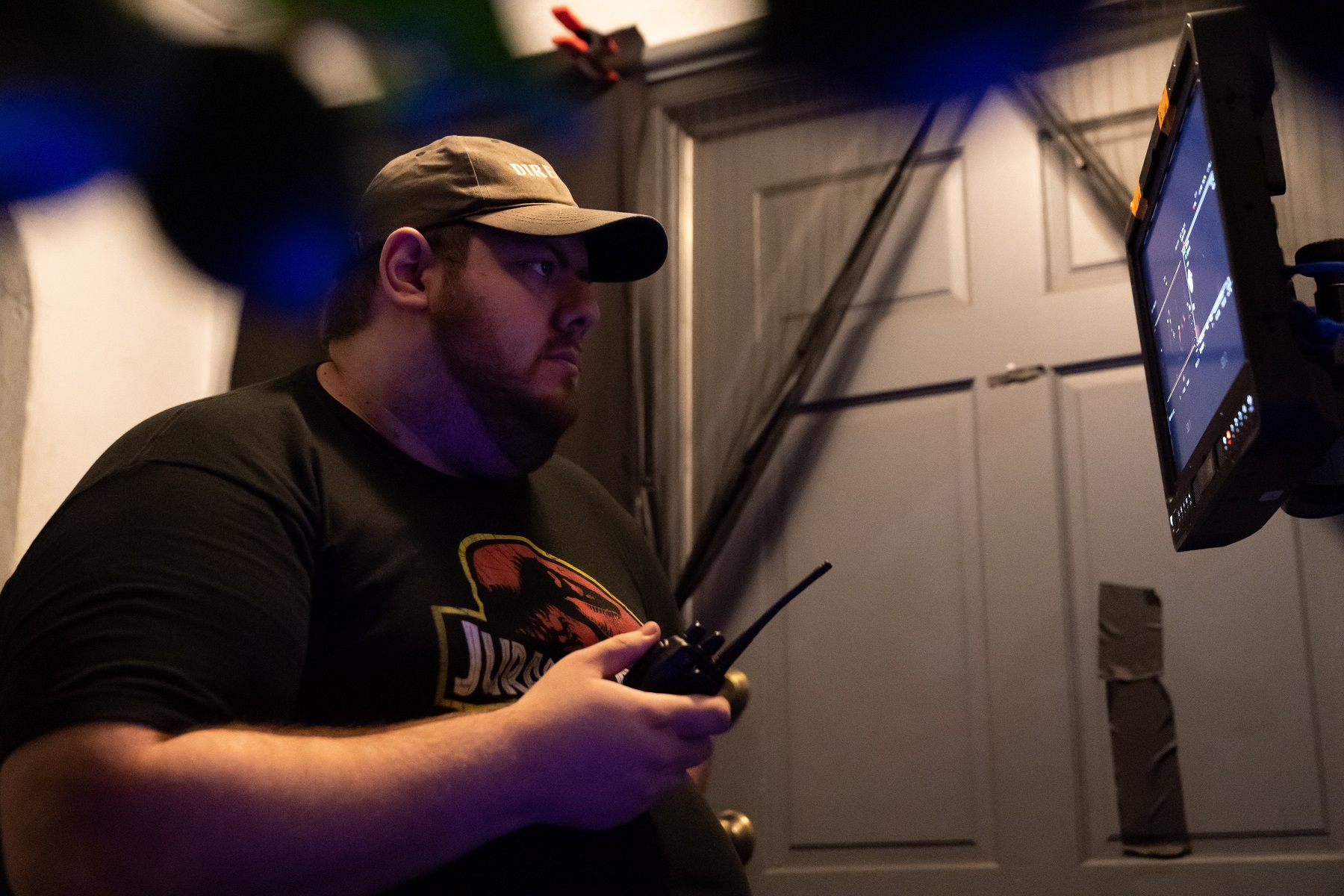 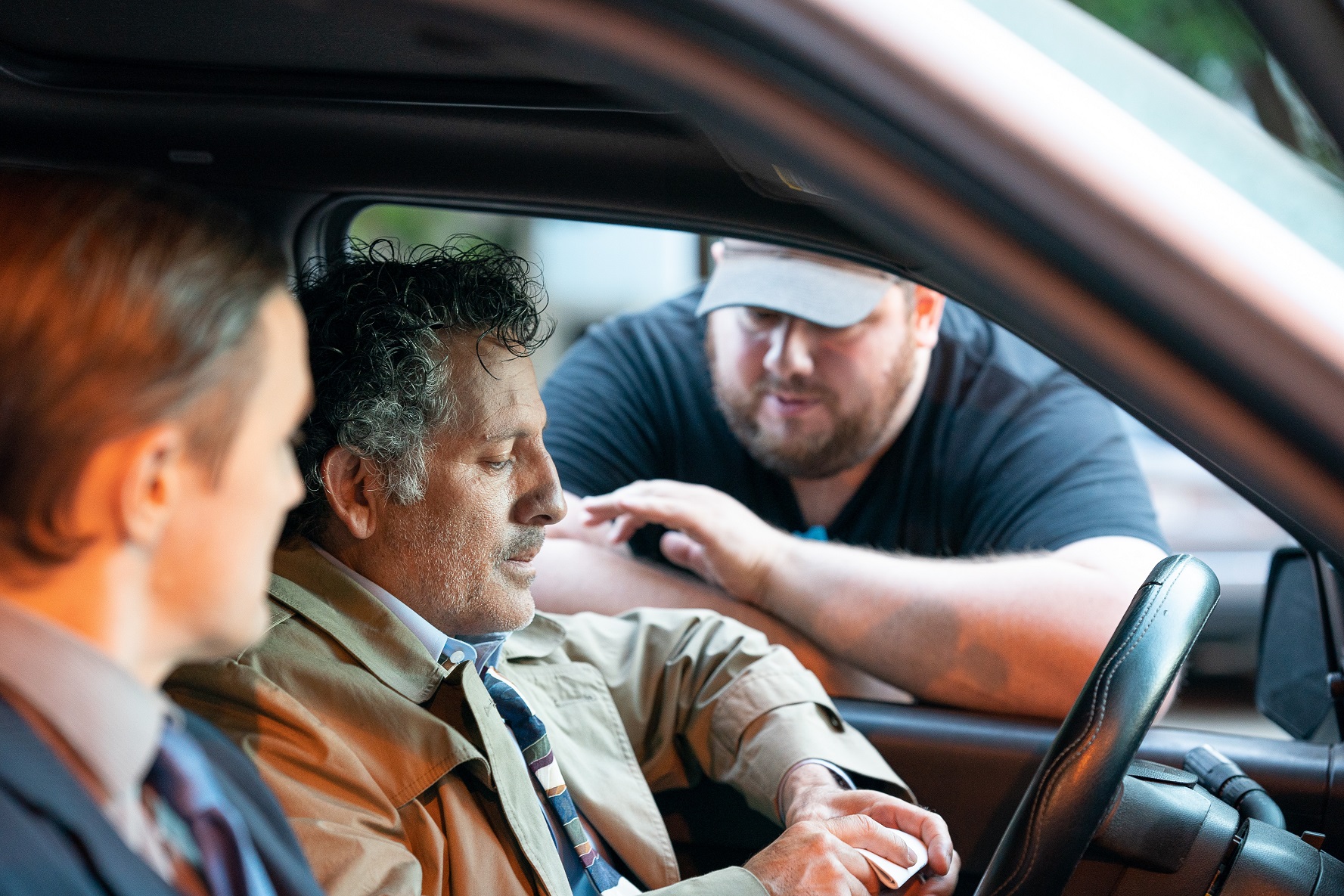 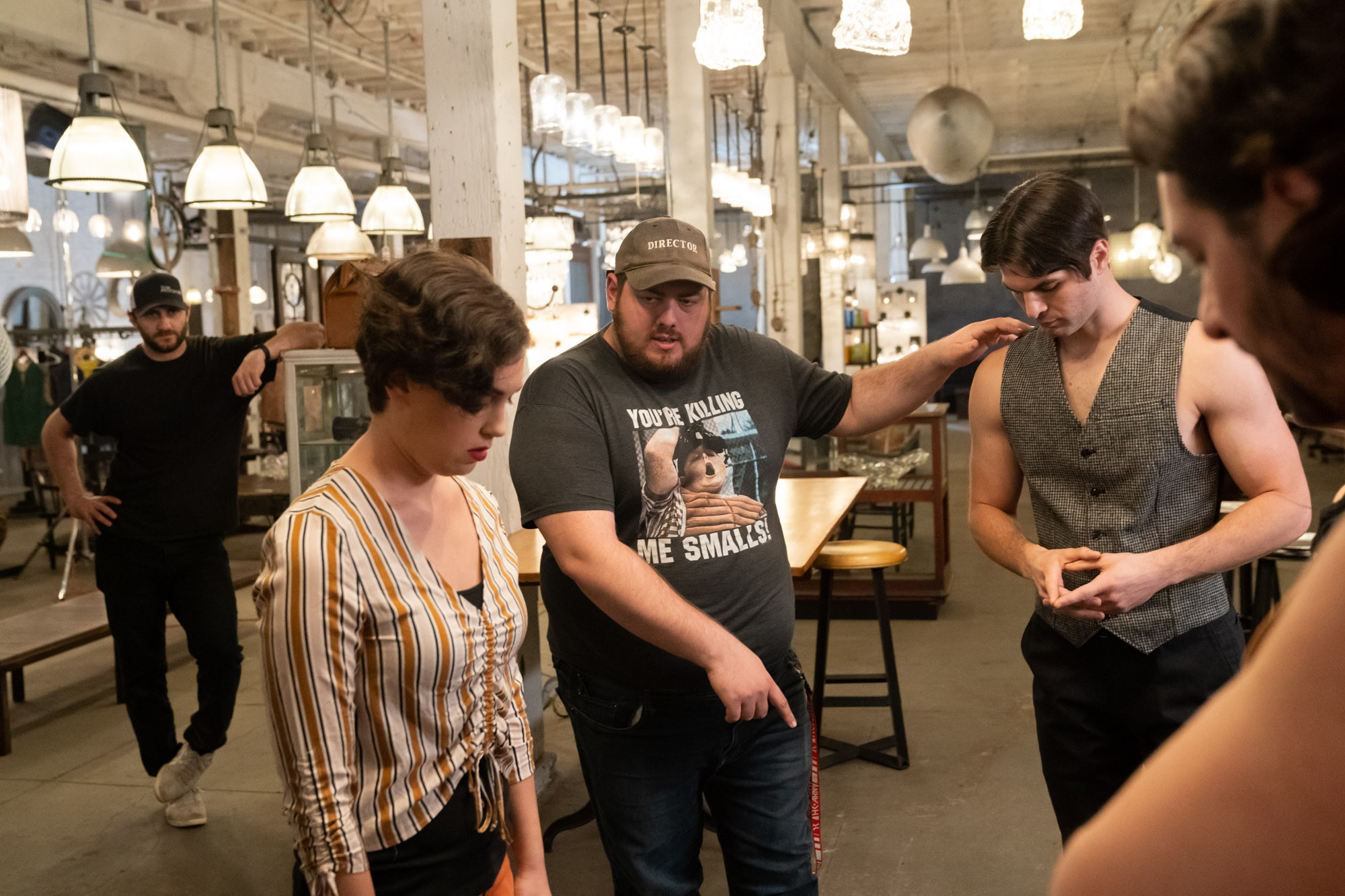 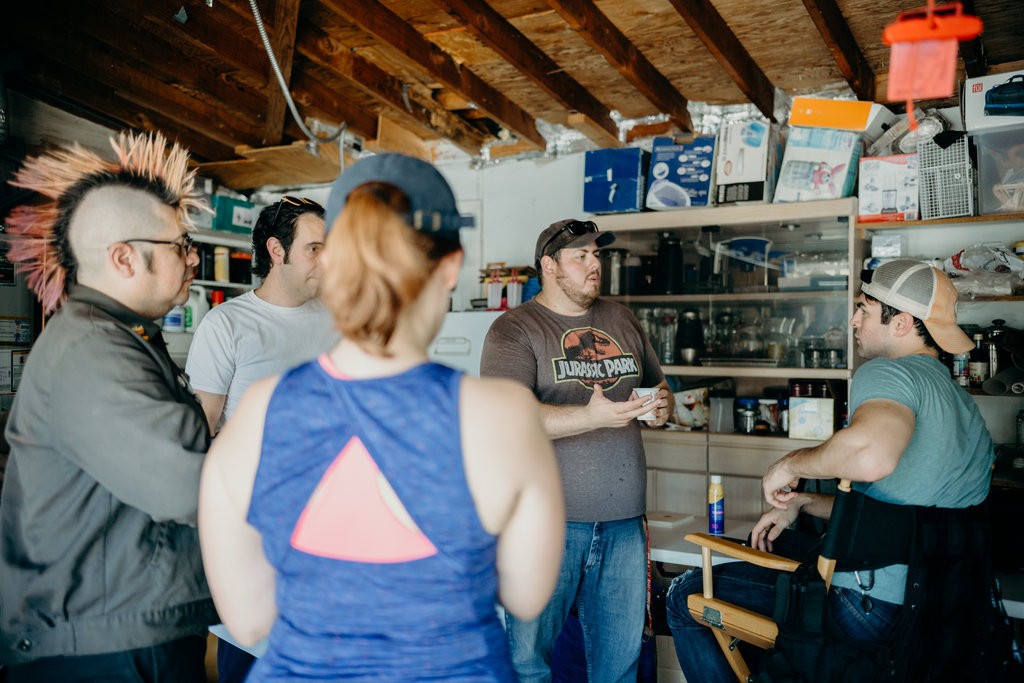 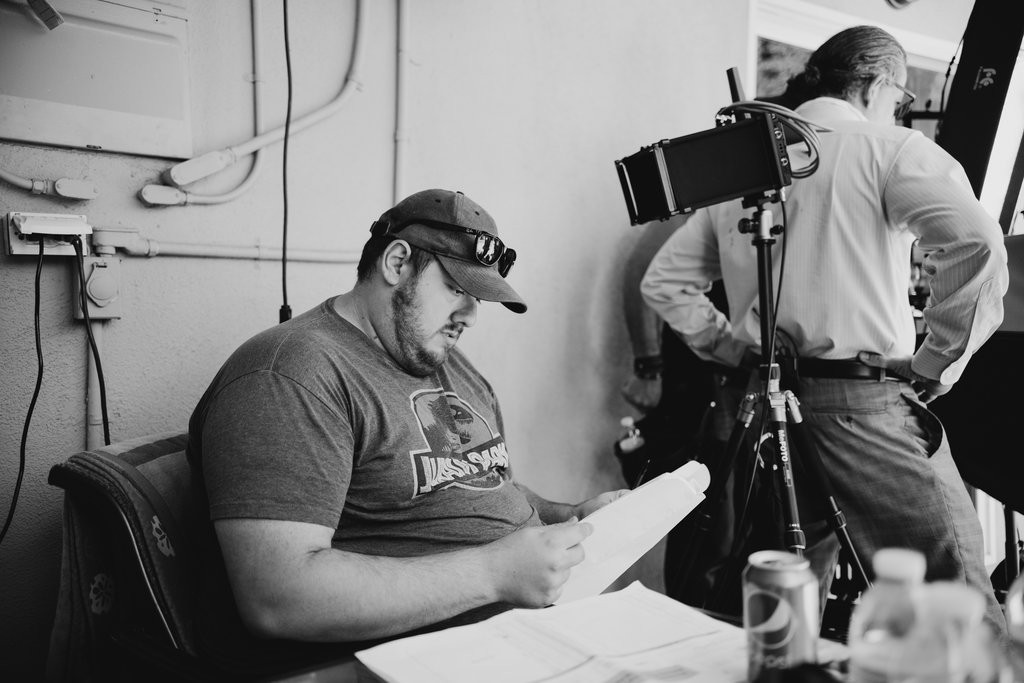 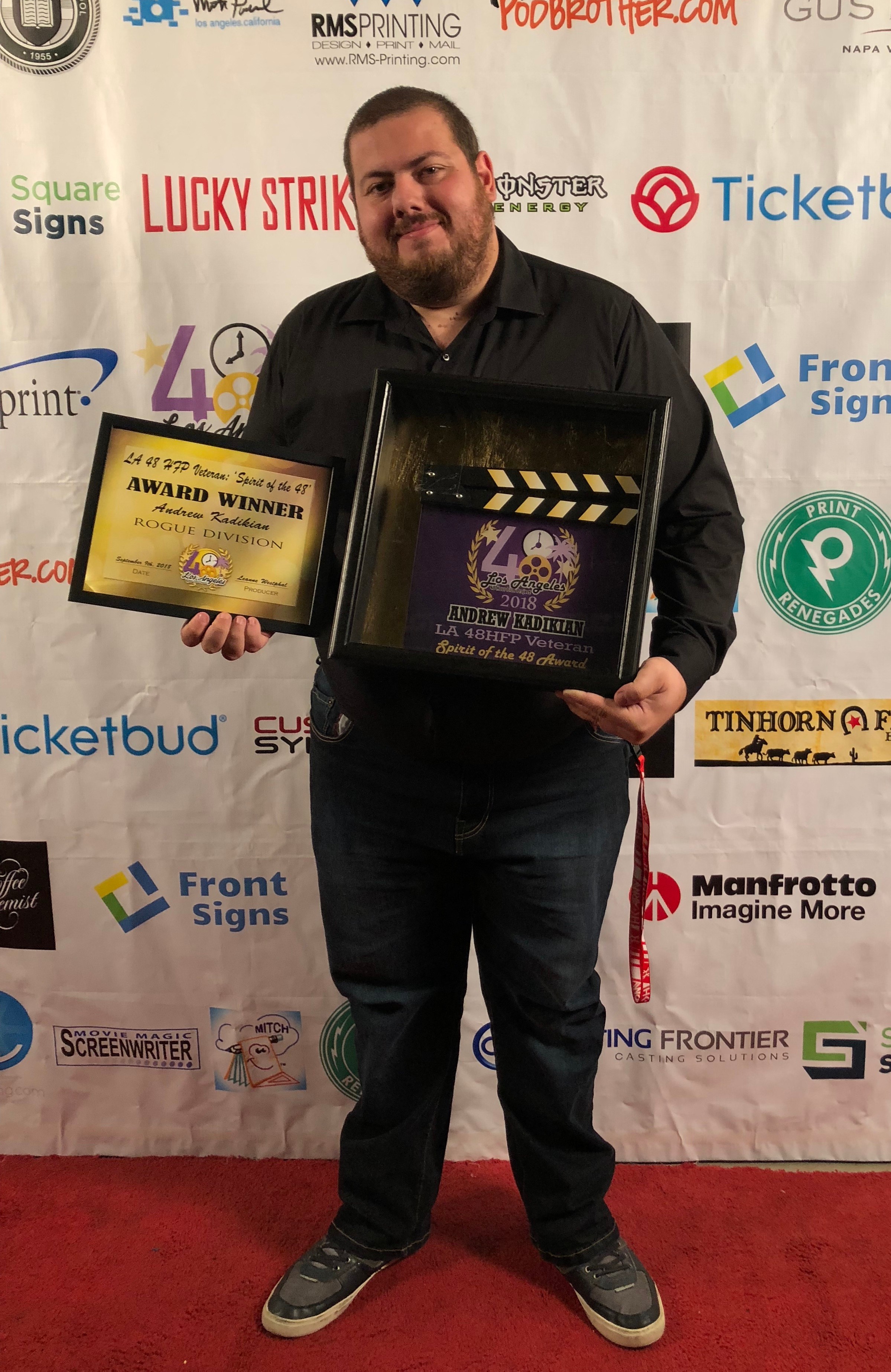 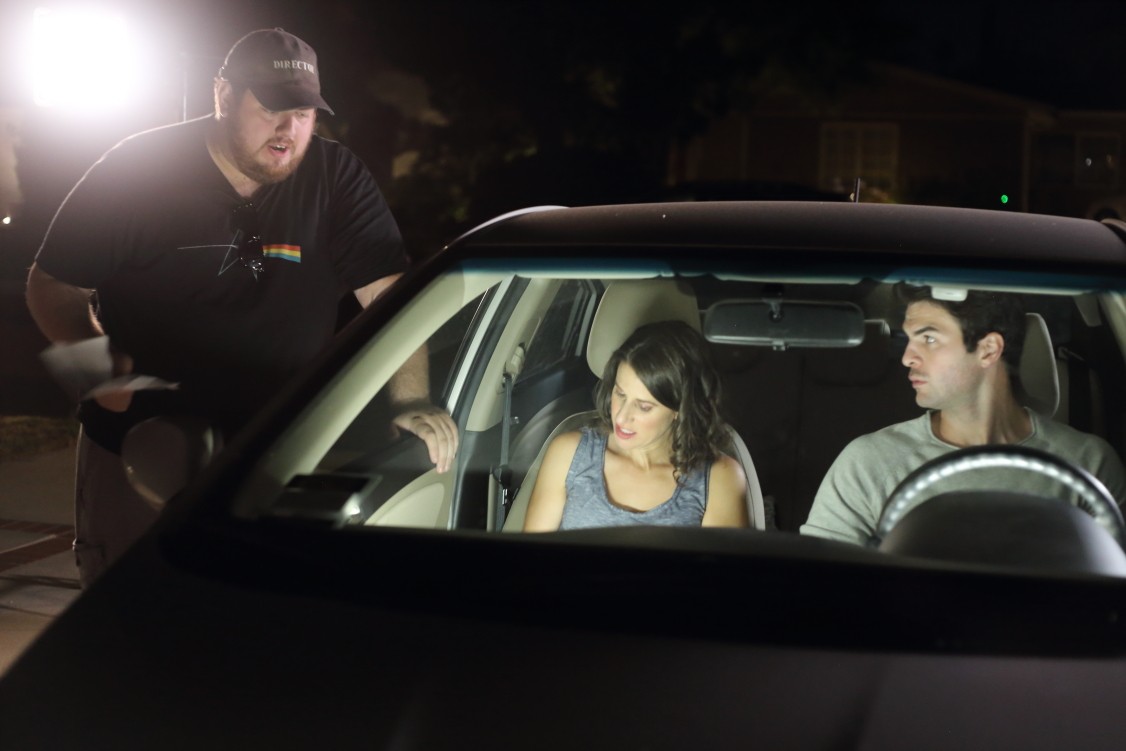 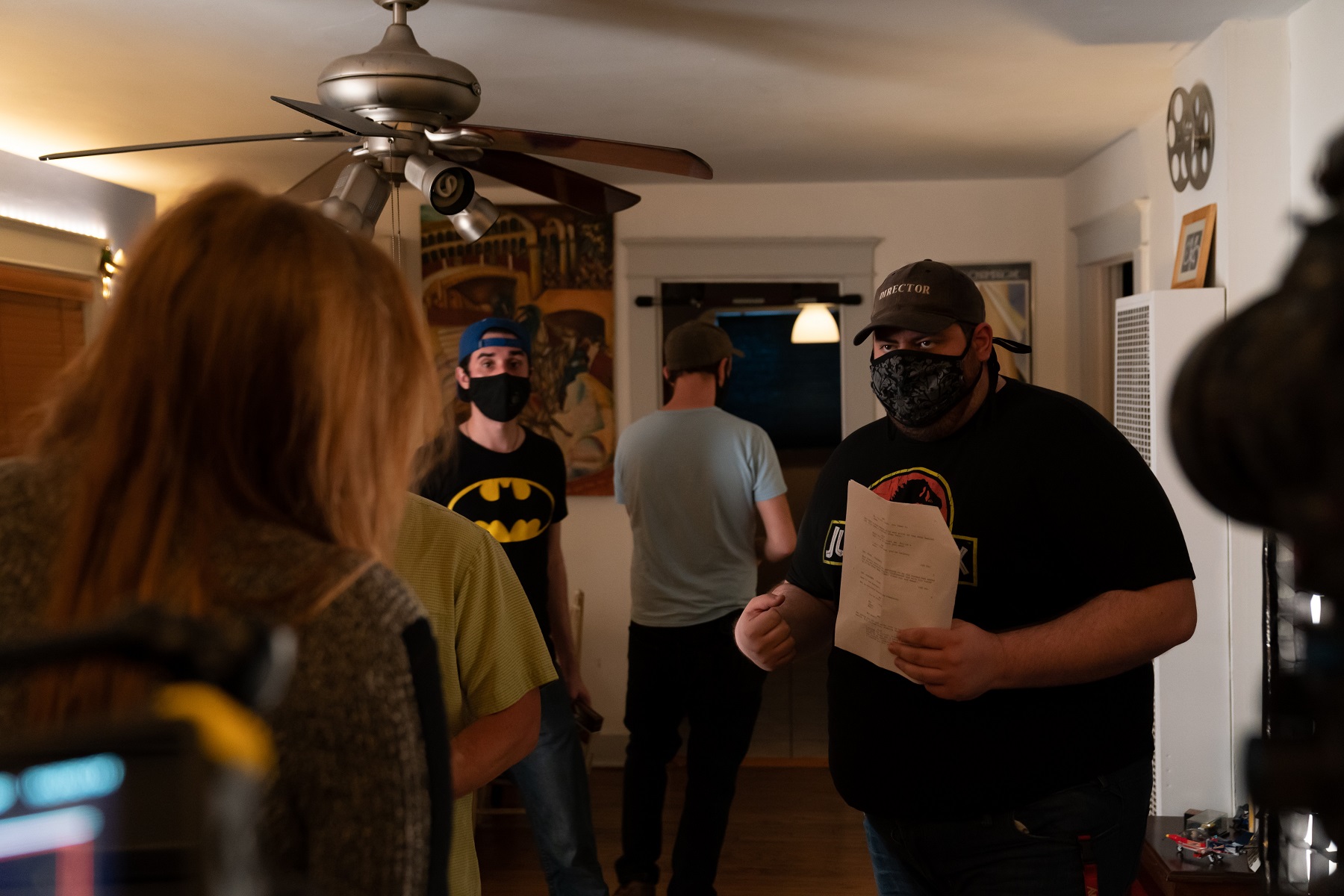