Life and Work with Maddie McGuire 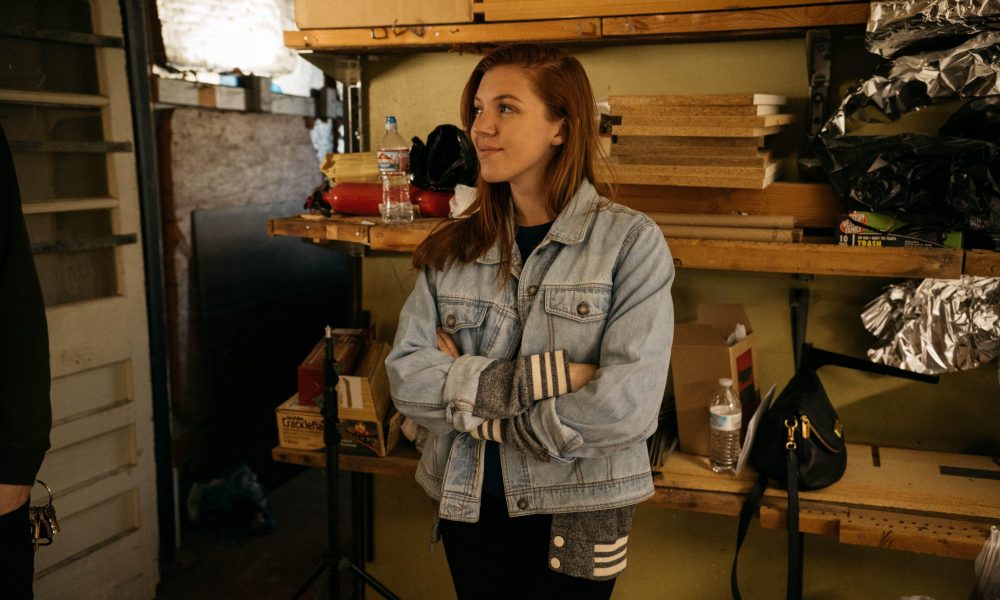 Today we’d like to introduce you to Maddie McGuire.

So, before we jump into specific questions about the business, why don’t you give us some details about you and your story.
I was born and raised in Chicago and initially fell into acting to gain any semblance of self-confidence. I was painfully shy as a child. I quickly became obsessed with the craft and convinced my parents to let me finish high school online so that I could graduate faster and move to Los Angeles. My parents are extremely intelligent, pragmatic people and despite being terrified by my request I was able to convince them. I moved to Los Angeles when I was 17 and fell madly and deeply in love with this city. While attending college online (I graduated from University of Phoenix with a business degree), I worked numerous odd end jobs to support myself while taking acting classes and auditioning.

After a few years, when I finally had a better handle on the lay of the land, I started writing and creating my own content. I threw myself into my projects and started a boutique production company called Red Mouse Pictures, with my friend Corrin Evans. We specialize in personalized reel content for actors and independent narratives and music videos. Our film, Cousins, was accepted into the Austin Revolution Film Festival last year. I’ve been fortunate enough to work consistently as an actress, voice-over artist, writer, and producer the last few years. I’m extremely grateful to be living in Los Angeles pursuing a career that I truly love and am obsessed with. I have no idea where I’m going or how I’m going to get there, which I try to relish in how beautiful that is despite how scary it can be to have no idea what the next step is or where the next paycheck is coming from. The coolest part is that nobody has any idea what they’re doing or what’s going to happen, they’re all just trying their best. And that’s pretty damn amazing.

Great, so let’s dig a little deeper into the story – has it been an easy path overall and if not, what were the challenges you’ve had to overcome?
There are many obstacles and challenges along the way. The road is far from smooth. Which is nothing to be discouraged by. Everybody has such a unique and interesting story about how they got to where they are and how they choose to live their lives. Los Angeles can be a really intimidating and isolating city to live in, especially when you’re new and potentially really far away from your family as I was. Just know that whatever you’re dealing with – you’re going through it. It’s just a moment in time. You won’t get stuck there. Just as easily as it came into your life, it will leave. Journaling and meditation have always helped me process my emotions and help lift me out of whatever struggle I’ve had to endure.

As I’ve gotten a little older and more confident with who I am, it’s been a lot easier to handle struggles when they arise. Something my friend told me recently that I really loved: Cheers to doing exactly what you want and being exactly who you are, always! I remind myself of this frequently because it can be very easy to get lost in the clouds and not feel grounded. Learning to say no has also been a huge thing for me. I very easily over commit my time to projects that aren’t necessarily in line with what my long-term goals are. Being able to take a step back and reflect before making a decision, especially when it’s going to affect how I spend a lot of my time, has been a huge learning process that I”m still currently dealing with, but has instantly started improving my life. I try to value the time that I have here more than anything else. We can always make more money, we can never create more time.

Please tell us about Red Mouse Pictures.
I am an actress, writer, and producer. My main source of income comes from voice-overs, which I luckily stumbled into and landed with an unbelievable agent who I adore. My boutique production company creates personalized reel content for actors, which I enjoy doing. My business partner, Corrin Evans, and I will meet with a client and discuss their marketing needs. We’ll come up with a few ideas and write scenes specifically for them. Then, we’ll cast the scenes with professional actors to work opposite of them, we’ll secure the locations, go over wardrobe and then Corrin and I will shoot their reel for them.

Once we’re done shooting Corrin edits, color corrects and sound mixes their scene. We create a full 1-2 minute scene for our clients so they have a stand-alone piece of material that looks like it was cut straight out of a current movie or television show. As actors ourselves, we really strive to provide clients with a material they can be proud of. When our clients are able to get into new casting offices, get better representation and book more work we are beyond thrilled. We also write and produce our own narrative content as well as music videos. As a writer/producer, my first short film P+V was lucky enough to get into a few festivals around Los Angeles. I’m super grateful to all of the acting opportunities I’ve gotten, most recently I’ll be playing Mia in a new episode of Elizabeth Olsen’s new Facebook Live show called Sorry for Your Loss. I’m also a stand-up comedian and perform with the group #TooSoon. We currently have shows at Three Clubs and Bar Lubitsch.

Do you think there are structural or other barriers impeding the emergence of more female leaders?
I think regarding the entertainment industry… a few things come to mind. Obviously, there’s been numerous discussions swirling for months now about the pay difference between men and women who are doing the same job. I have certain friends who have felt very undervalued at their jobs for getting paid way less than men who hold their same position. They don’t feel valued and I think it creates a large divide between men and women and makes it difficult to work as a team and remind ourselves that we’re all working towards a common goal and ultimately want the same thing. I also feel like there’s this stigma that all women are incredibly sensitive and can’t handle things the way that their male counterparts can and I believe this can be a huge contributing factor to why it’s hard for some women to speak up and defend themselves. There have been so many times on set or in professional meetings where the way someone will preface a question towards me or ask a question in a certain way and you kind of sit there and think “There’s no way you’d be asking me this or saying this the way you’re saying it to me currently if I happened to be a man.” It’s really challenging at times and it’s a fine line to walk. When these situations occur it sometimes can be stifling and in the past has made me change how I respond in certain situations because I’m afraid of coming off too intense or overly emotional instead of just being honest about how I’m feeling and saying exactly what’s on my mind. 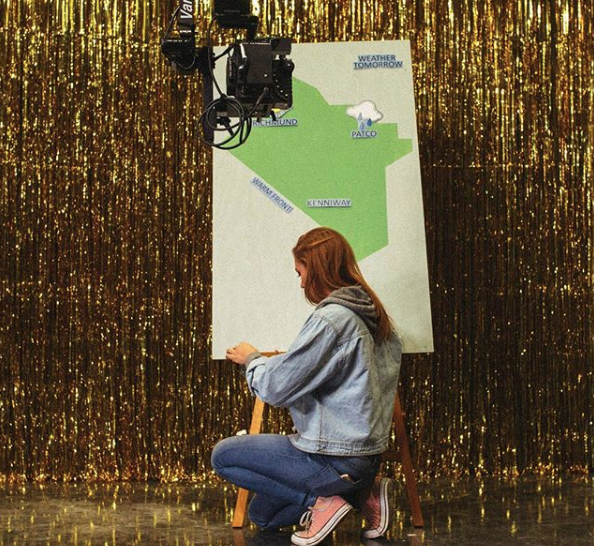 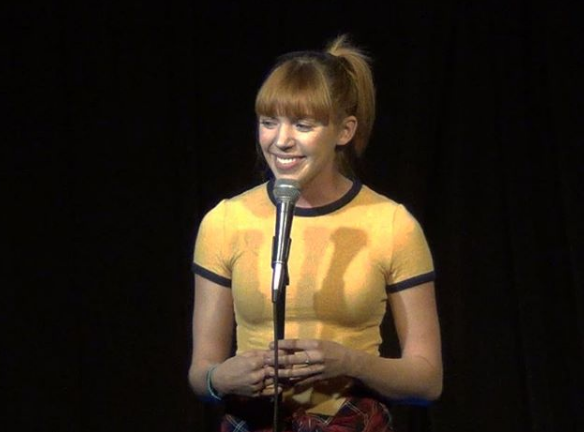 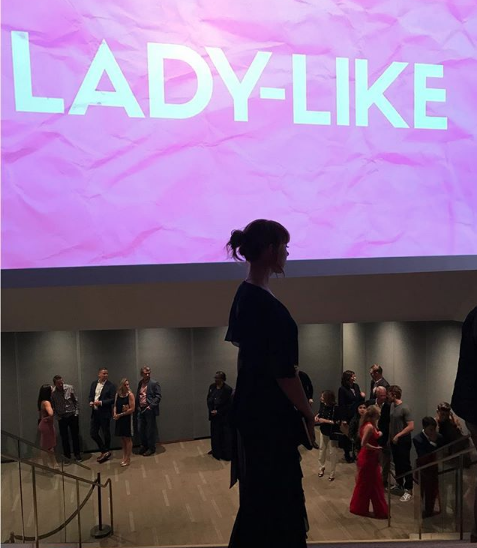 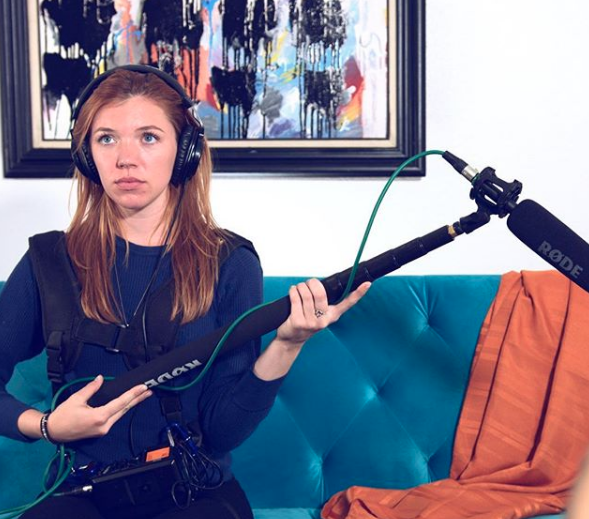 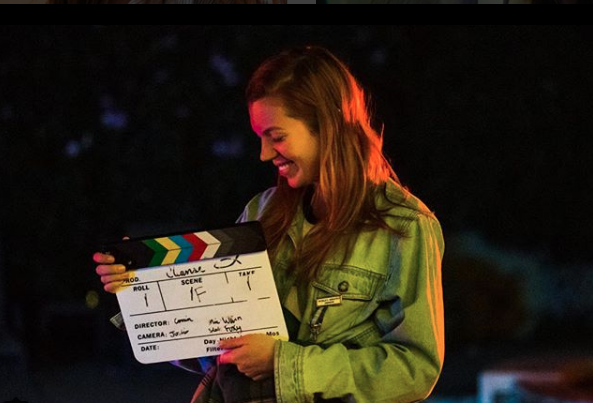 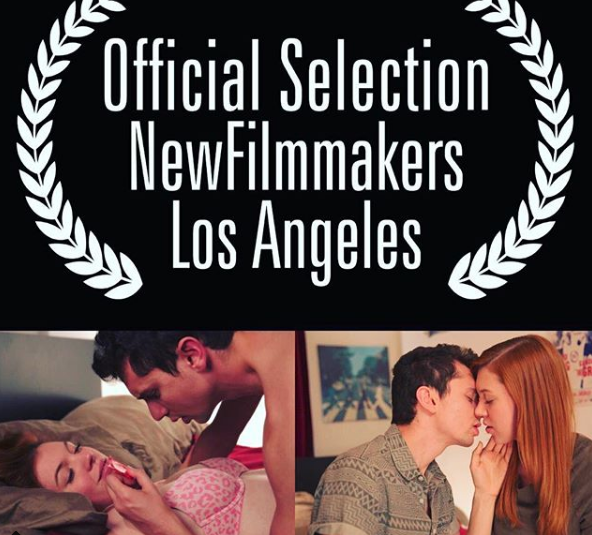 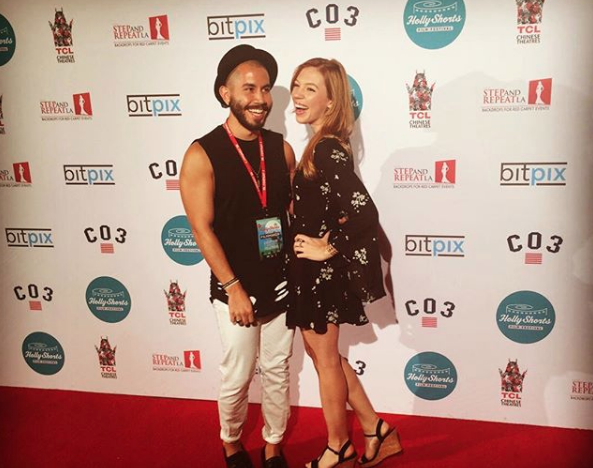 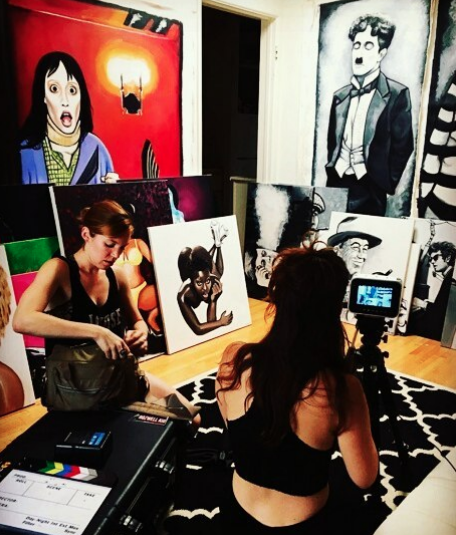