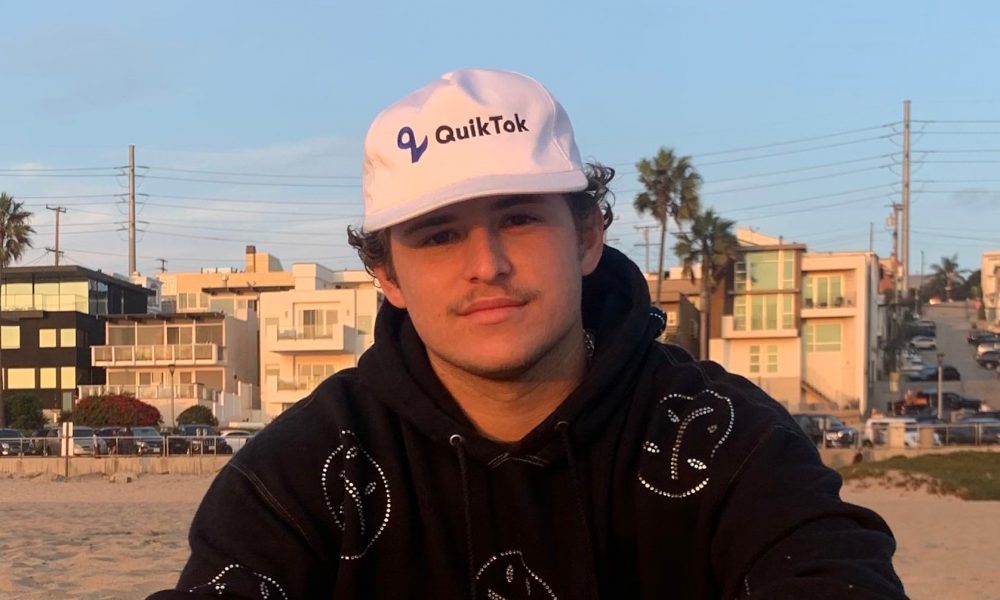 Today we’d like to introduce you to Tanner Kesel.

Hi Tanner, thanks for sharing your story with us. To start, maybe you can tell our readers some of your backstory.
In seventh grade, I was getting dropped off at school and seeing a Ferrari drive by. I told my dad I was going to have one of those one days and he said he remembered when he was my age thinking that too. Not in a negative way by any means, both my parents believe in me and support me more than any kid could ever ask for. But it lit a fire in me and I told him I’d get two. I’ve always been the person that if told I couldn’t do something, I would find a way to do it. Not to prove to someone else that I could do it, I could care less of that. Instead, to prove to myself that I can do anything I put my mind to.

I think it’s safe to say my entrepreneurial journey began in high school with reselling sneakers and Supreme. However, it wasn’t until my freshman year of college that I told myself I was going to actually pursue something bigger. I got connected with a successful self-made entrepreneur who was my age who saw a lot in me. He took me under his wing in a sense. Fast forward and we started an art business together that was focused on selling local artists’ work while shedding light on them through social media. I was put in a place to essentially handle everything from web design to fulfillment. We went on to host a pop-up on Melrose in 2018. Unfortunately, this venture didn’t work out, but I definitely learned a lot and can confidently say I learned exactly how to not operate business.

While focusing on academics at the University of Southern California I felt like I wasn’t doing enough. I started working on some e-commerce stores but didn’t find it fulfilling. I wanted to do something bigger. In October 2019, I remember seeing a girlfriend of mine with 10,000 followers on Instagram and joking called her up and accused her of buying followers. This is when I was exposed to the platform we all spend half our days on now, TikTok. She had well over 200,000 followers and I instantly asked her how much money she had made. She said none. I was in disbelief for several days after hearing this and one morning had an epiphany to build creator marketplace. I did my research and couldn’t find anything like it. I only came across influencer analytic databases and Cameo. No brand was directly connecting creators with brands for agencies. I realized influencers were being created overnight due to TikTok’s algorithm and For You Page. I spoke to some creators within my network and found one primary commonality in all of these conversations.

The process between brands and agencies was tiresome and involved days, if not weeks, of going back and further with one another. It was clear to me that with TikTok in the spotlight, that was the platform to capitalize on. Yet brands had not yet infiltrated the platform yet due to uncertainty surrounding it. We decided to focus on the music aspect of it. I identified parallels between trending TikTok songs and these songs also reaching the Billboard Hot 100. I was trying to figure out who to work with on this venture. I needed someone with technical knowledge and decided to reach out to my now co-founder, Alex Boro, who I had met while working on an app a year prior. We had always discussed working on something bigger. The next day we signed our incorporation documents for QuikPlace and launched a little over a month later. We both liked to move fast and complimented each other perfectly when it came to work delegation, pushing new updates out weekly to further streamline the process. In our first three months, we onboarded around 400 creators and were working predominantly with independent artists. When reaching out to record labels, many laughed at us when we discussed TikTok as a means of music promotion. Looking back at it, it really is funny. It’s so clear now, but a year ago it definitely was not the case.

However, we had to persevere and continue moving forward, slowly scaling our clientele and working with bigger artists. Eventually infiltrating record labels and today working with them all. As time progressed, we realized we needed to expand the executive team and decided to bring on our current COO and partner, Anthony Noto. In these first six months, we focused heavily on creator feedback. Creators requested an app be built so they could receive push notifications and easily manage orders so we built one out for them. They requested brand partnerships so began outreach on that front. Towards the end of 2020 talks of TikTok shutting down lingered around us so we decided to add Instagram, YouTube, and Twitter to our platform. This allowed us to reach not only a greater array of creators but also work with brands on platforms they were already comfortable promoting on. As time went on, we continually pushed new updates for our creators and tools for our clients. Here we are today with 6,600+ creators and an overall reach of over 4 billion and growing daily, making us the largest public creator marketplace. We have assisted in countless song charting, including Vedo’s hit “You Got It” and now work with brands across all niches. In addition to this, I also launched a clothing brand @whenmoody that has been seen on both the D’Amelio sisters.

I know that was a lot about the company but I wanted to share as much as I could about the platform.

As a college student and start-up founder, it was a lot. A lot of people don’t realize how much I sacrificed to pursue this. Many people have seen promise in QuikPlace from the beginning and told me I needed to drop out and pursue it. However, that wasn’t a choice for me. I had worked so hard to get there and it has been dream of mine to not only attend the school but more importantly, receive my degree from there. Throughout my last two years of university, I slept on average only five days a week for about 6 hours each night. I always found myself wanting to do more and applying more and more pressure on myself, something I work very well under. I mean after all, pressure makes diamonds right? As one can imagine, my social life was minimal, but those around me would definitely say I managed it well. Allowing myself to live life from time to time, especially on USC football game days.

I’m sure you wouldn’t say it’s been obstacle free, but so far would you say the journey have been a fairly smooth road?
Definitely not. This biggest struggle for me was managing both school and my business. However, I am very fortunate that both my business partners supported me in pursuing my degree. On the other hand, it definitely affected several of my relationships with friends. I wasn’t able to go out and do things nearly as much as I could. This left me feeling like a bad friend at times to be honest, but I also had friends who were nothing but supportive.

As a company doing what we are, we have two target groups instead of one to focus on, which would typically be just your customers. In our case, we have our customers, but also the creators on our platform to focus on. This means integrating and releasing updates that cater to both and make the experience as seamless as possible, something that never ends. There is always more to do, more things we can do, more tools we can provide both our clients as well as creators.

In addition, we are bootstrapped. This is by choice but is also an inhibiting factor for exponential growth, which can be solved capital. It has been incredibly difficult for the past few months debating whether or not to raise a round of funding, but we have recently decided we are going to. It will allow us to take our venture to the next level.

Great, so let’s talk business. Can you tell our readers more about what you do and what you think sets you apart from others?
I am the CEO and Co-Founder.

We have 6,500+ creators with a reach of over 4 billion followers. We are an all-in-one creator marketplace that seamlessly connects brands and record labels with creators across social media platforms for paid promotions.

We are a SaaS platform that also offers campaign services with our team.

What sets us apart? All creator prices are publicly visible and set by the creator themselves. All creators are able to accept or deny any promotion that comes their way, and there is no contract (you can leave whenever you want).

In addition, we have campaign tools that can not be seen anywhere else. As an all-In-One Creator marketplace, clients have had the ability to either hand-pick influencers for their campaign or take advantage of QuikPlace’s one-on-one campaign service through working with their internal team of specialists. QuikPlace’s most recent technology and tools take their capabilities a step further through the ability to accommodate all clients looking for custom campaigns that cater to specific needs.

The first tool they released is the QuikPlace AI Match feature. This game-changing software utilizes artificial intelligence to instantaneously curate a multitude of campaign variations for you to either select from or pick and choose from. The software itself is built on optimization and allows you to filter according to budget, platform, niche, promotion type, and engagement.

The second tool QuikPlace released is the Bounty feature. The tool was created for clients looking to run campaigns and promotions in volume, as well as for creators who are eager to promote. The Bounty tool makes mass promotion easier than ever through allowing brands to send flat-rate offers out to all creators with budgets that fill on a first-come, first-serve basis. In addition to this, the team has also released a CPA Bounty feature that does not entail any upfront costs for brands but instead a flat rate per conversion each creator generates.

I am most proud of our ability to successfully disrupt our industry through our core value, transparency.

What types of companies does QuikPlace work with? QuikPlace assists everyone in digital marketing by running custom campaigns for brands, e-commerce shops, apps, and record labels. In summary, this entails finding a group of influencers that will best promote a given song or product. 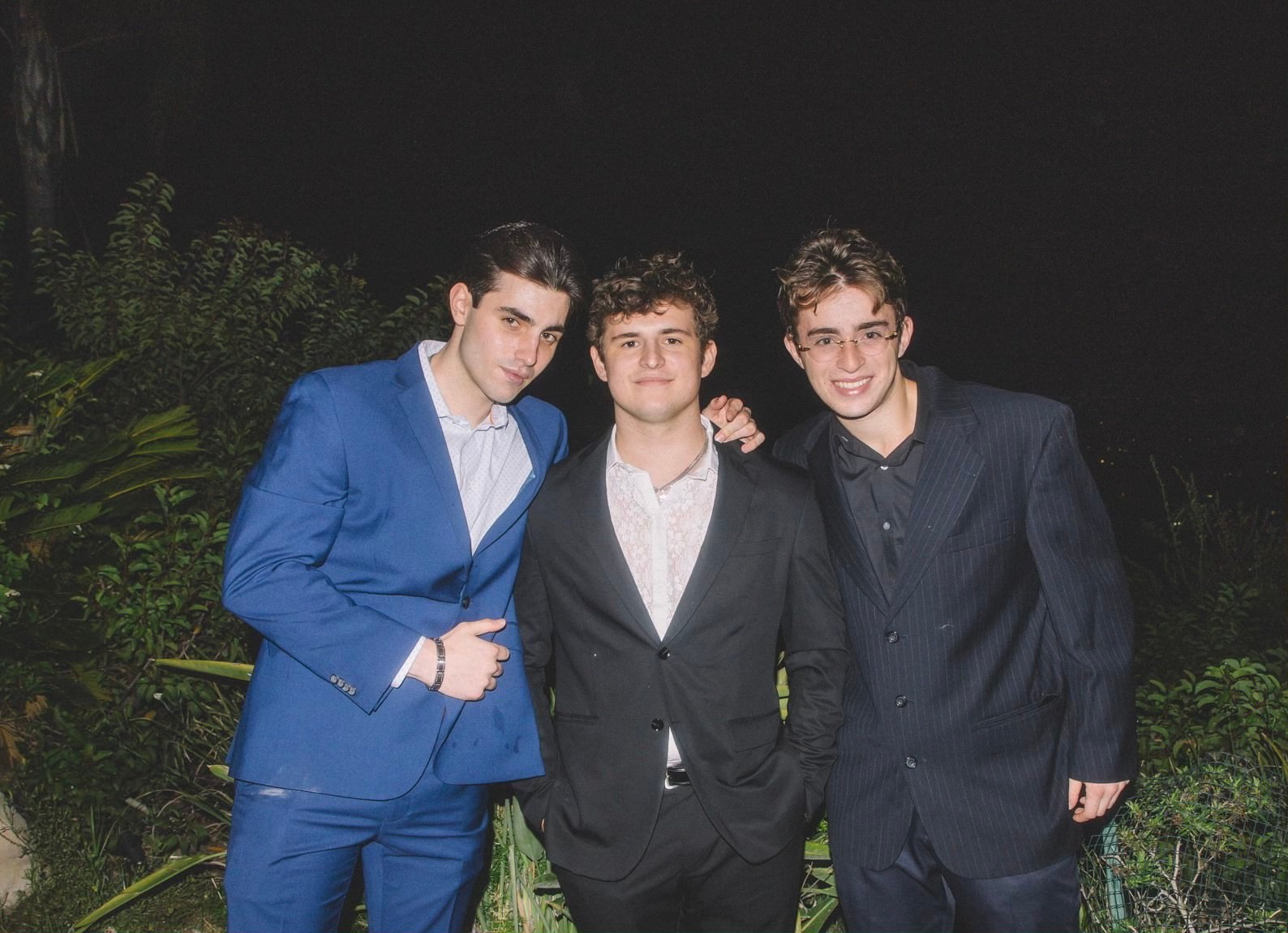 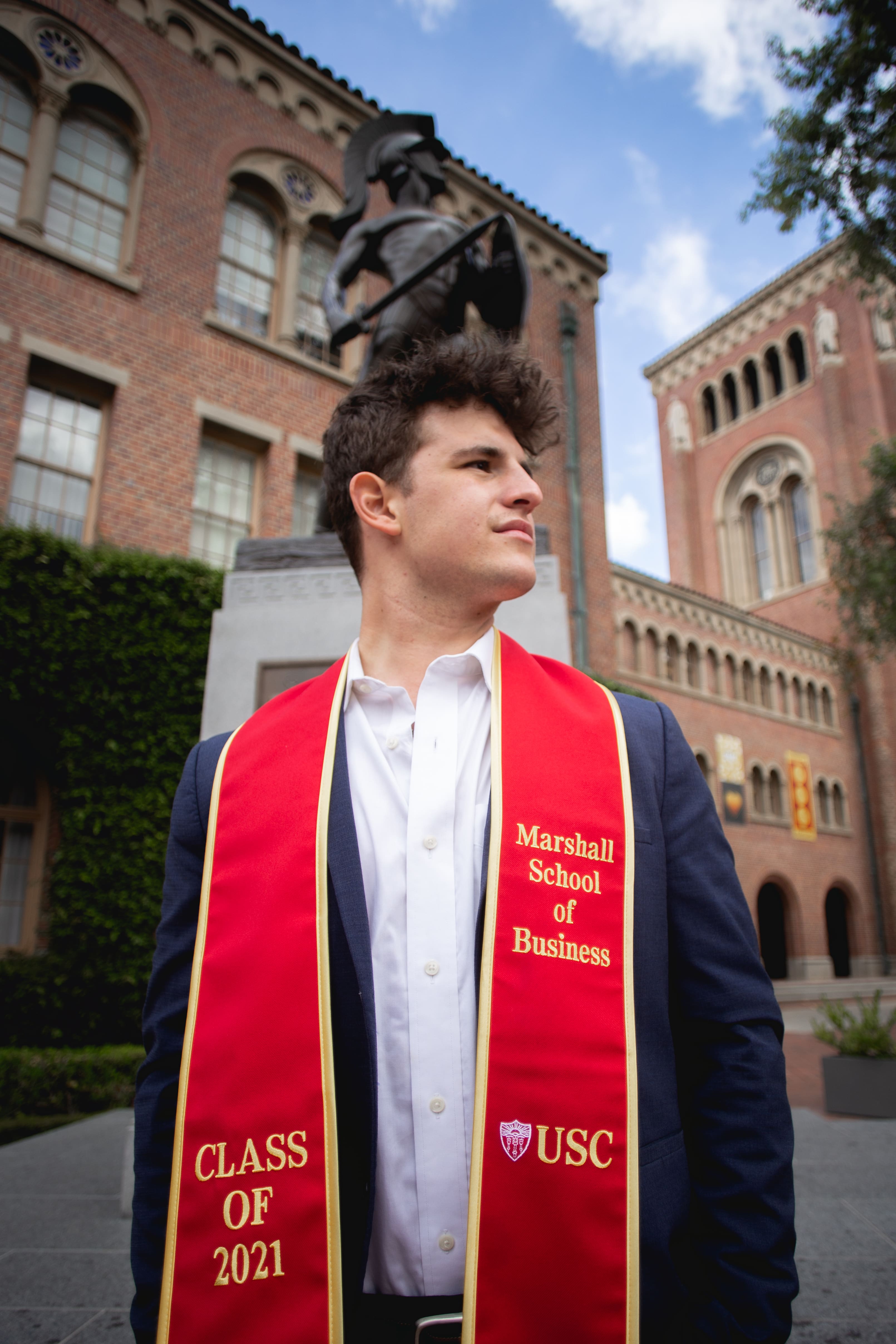 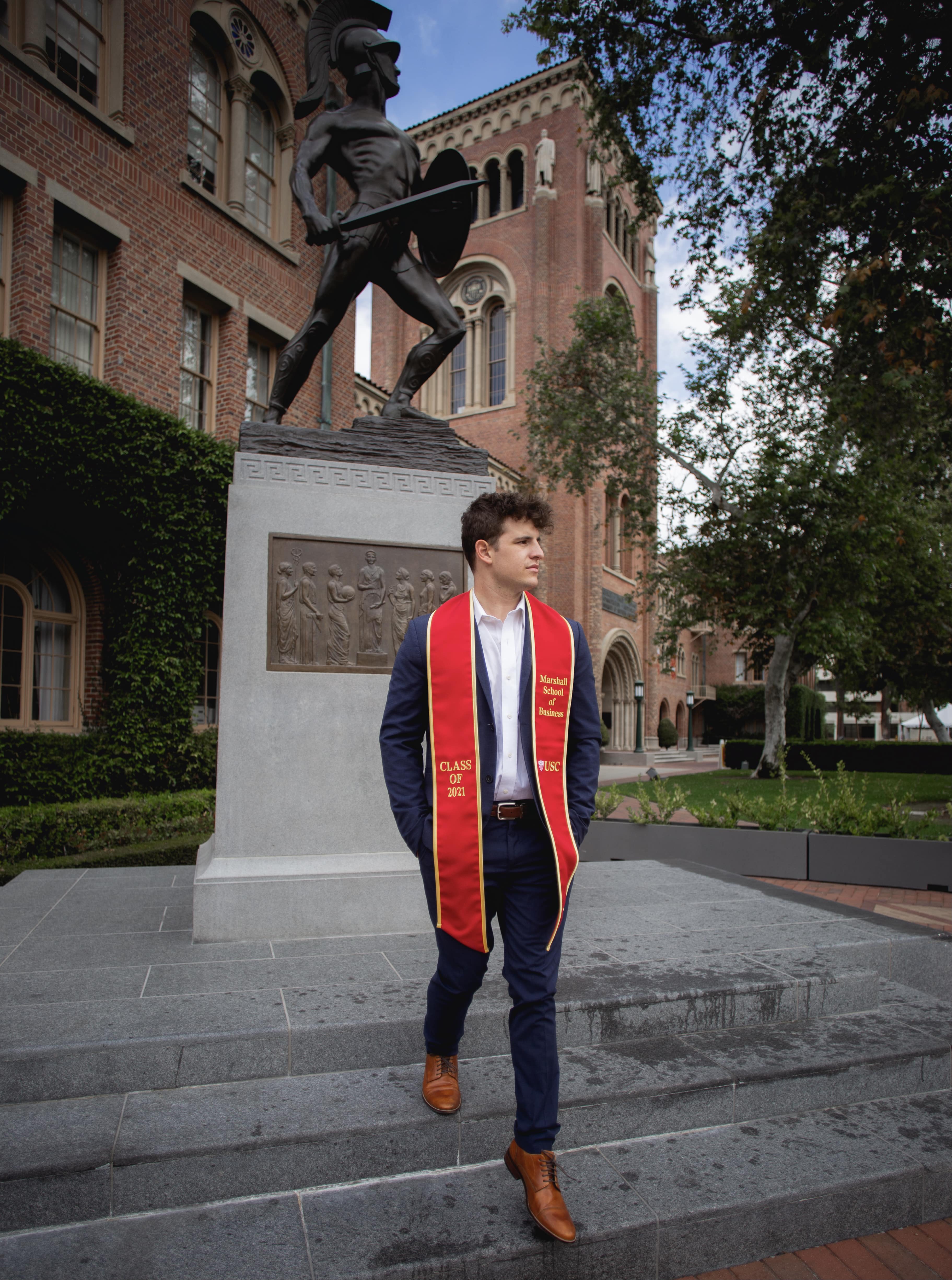