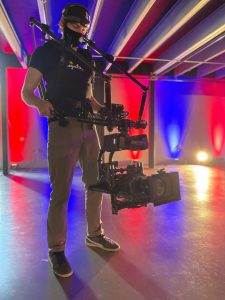 Today we’d like to introduce you to Ryan Schultz.

Ryan, we appreciate you taking the time to share your story with us today. Where does your story begin?
The road to becoming a freelance Camera Operator and Remote Head Technician has been a fun one! I discovered stop motion video using Legos in middle school which led me to exploring potential careers in film and television. Attending a broadcasting program in SUNY Oswego in Upstate New York gave me a good foundation in creating content, all the while filming dozens of weddings, local commercials, and videos for non-profits. I then became Binghamton University’s video producer where I handled all aspects of production for the school but wanted to focus on just camera operating. After a year in that role, I moved to Philadelphia and began work as RevZilla.com‘s Camera Operator. It was there that I first got my hands on a gimbal, a stabilization system for cameras, which heavily influenced my career. After four years in that role, I made the jump to LA. The last four years here have been a thrill. I work in a number of capacities in film and television now, including as a Camera Operator, Focus Puller, and Remote Head Technician. I’ve had too many wonderful opportunities to name and have the privilege of working with some of the most talented folks in the world. I’m extremely grateful to the people in the Los Angeles community who have been generous with their knowledge that has allowed me to discover work that I truly love.

We all face challenges, but looking back would you describe it as a relatively smooth road?
It certainly hasn’t been. When I graduated college, I found myself saddled with about $70K of student loan debt. I’m thankful for the program I attended and the people I met, but wish I had done it smarter. The first three years of my career was spent living as frugally as possible while I threw every single penny at my debt. It was a lot of sacrifice, but so worth it once I was able to move to LA without the burden of debt weighing me down. Moving to a new city with few contacts was scary, especially since I was leaving my entire family on the East coast, but not having to worry about exorbitant bills allowed me to get the ball rolling as a freelancer without the added stress of wondering whether or not I was going to be able to pay rent.

Thanks for sharing that. So, maybe next you can tell us a bit more about your work?
The bulk of my work revolves around advanced camera movement systems by the use of RailCams and remote heads. I’m pretty sure my parents have little understanding of what exactly it is I do, but when they watch productions like the Super Bowl Halftime Show on TV, they get an idea! I specialize in building these systems for live television, music, or corporate shows. It’s basically a way to create smooth, dynamic camera movement over large spaces to accomplish shots your typical handheld or tripod-mounted camera can’t go. There’s a lot of geeky tech that goes into it and I get the opportunity to use that tech to bring a director’s vision to life.

What do you like and dislike about the city?
I absolutely love the opportunity that this city offers in the film and television space. The first time I ever came to LA, I must have counted half a dozen productions in a single day of driving around and exploring. That’s something you just don’t see in other cities.

On the other hand, that can also be a crux. There’s so much going on, it’s easy to work work work and lose balance in your personal life. So I do my best to enjoy downtime while I have it and not lose focus on my family and hobbies. 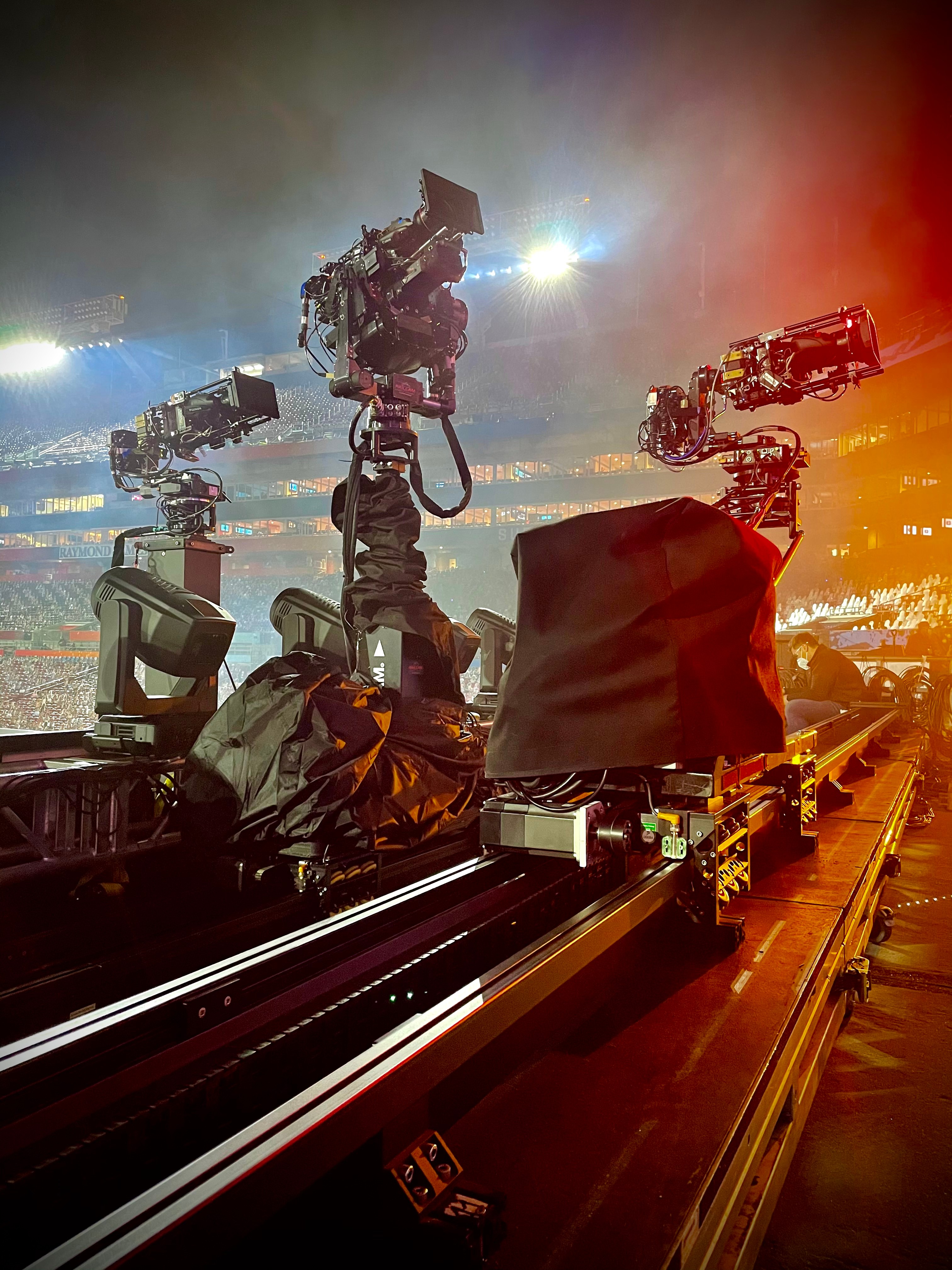 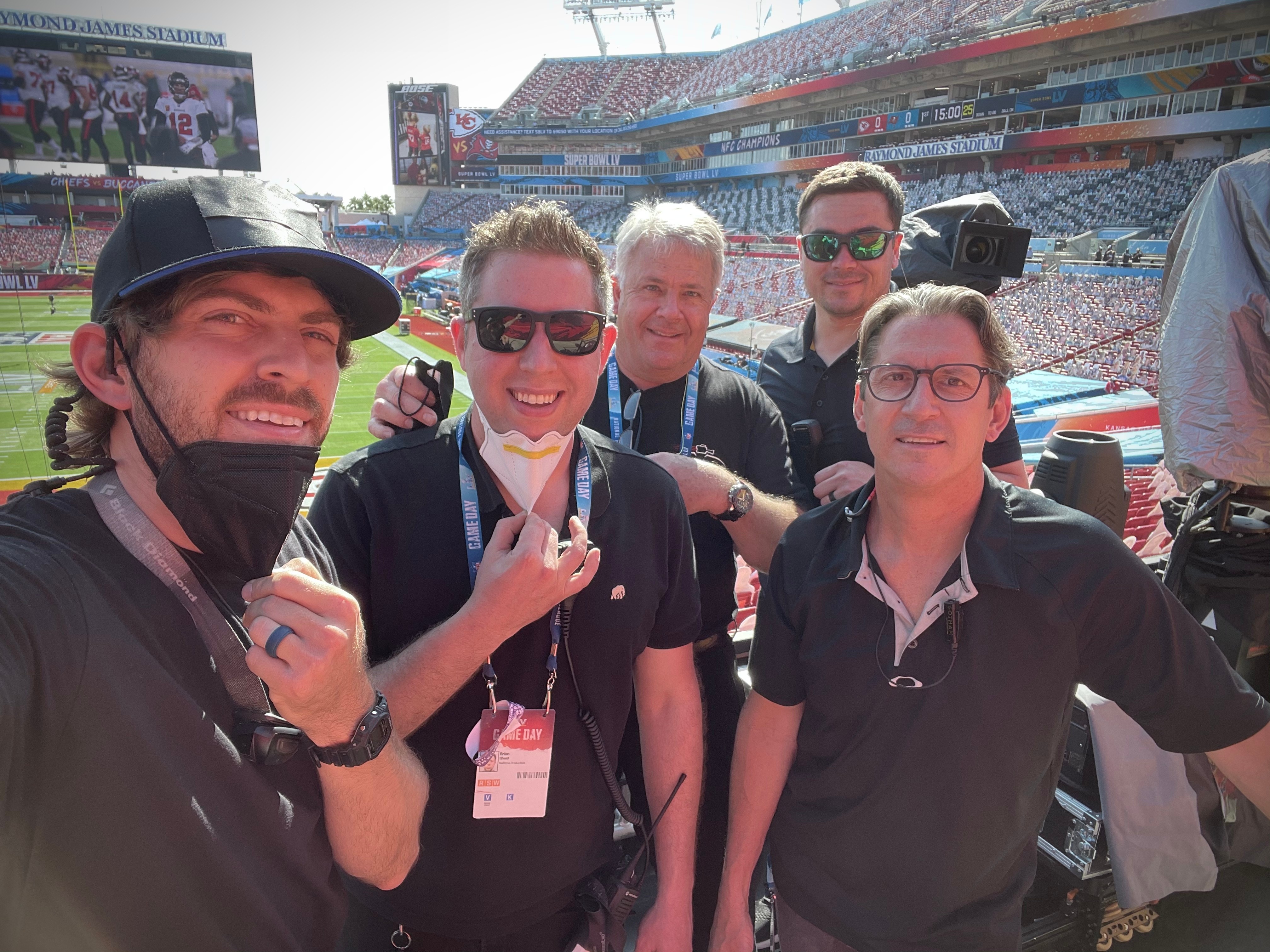 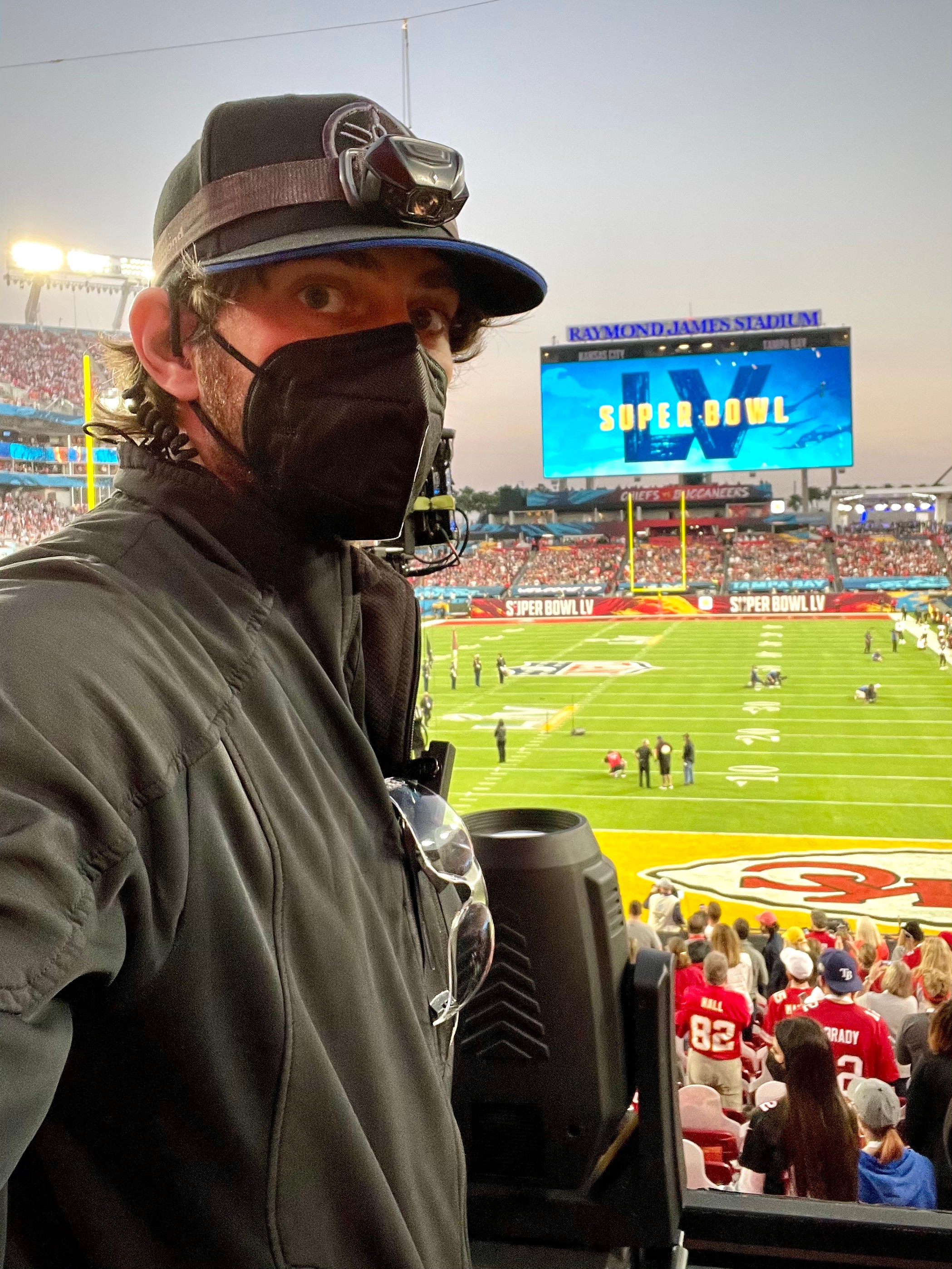 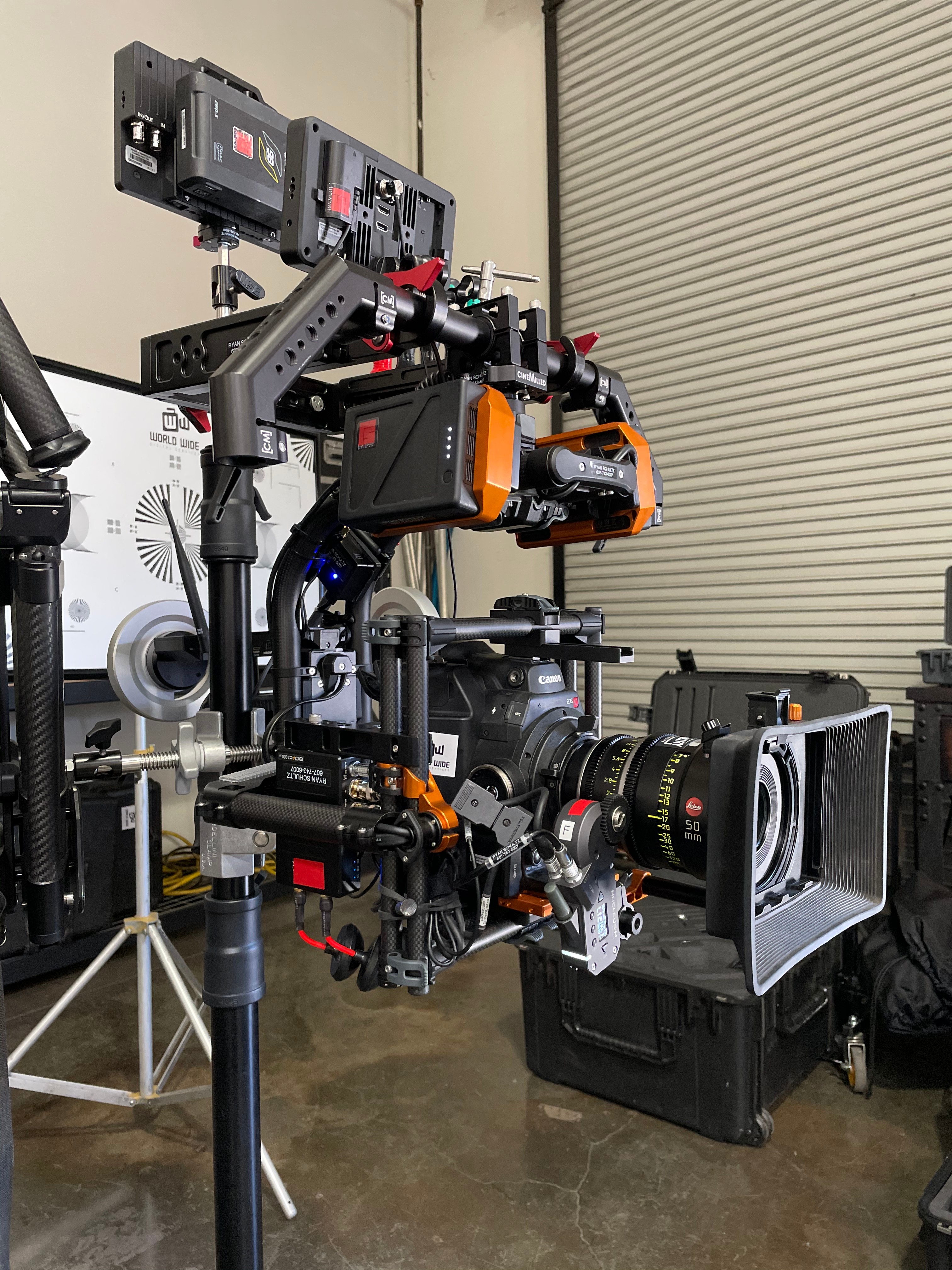 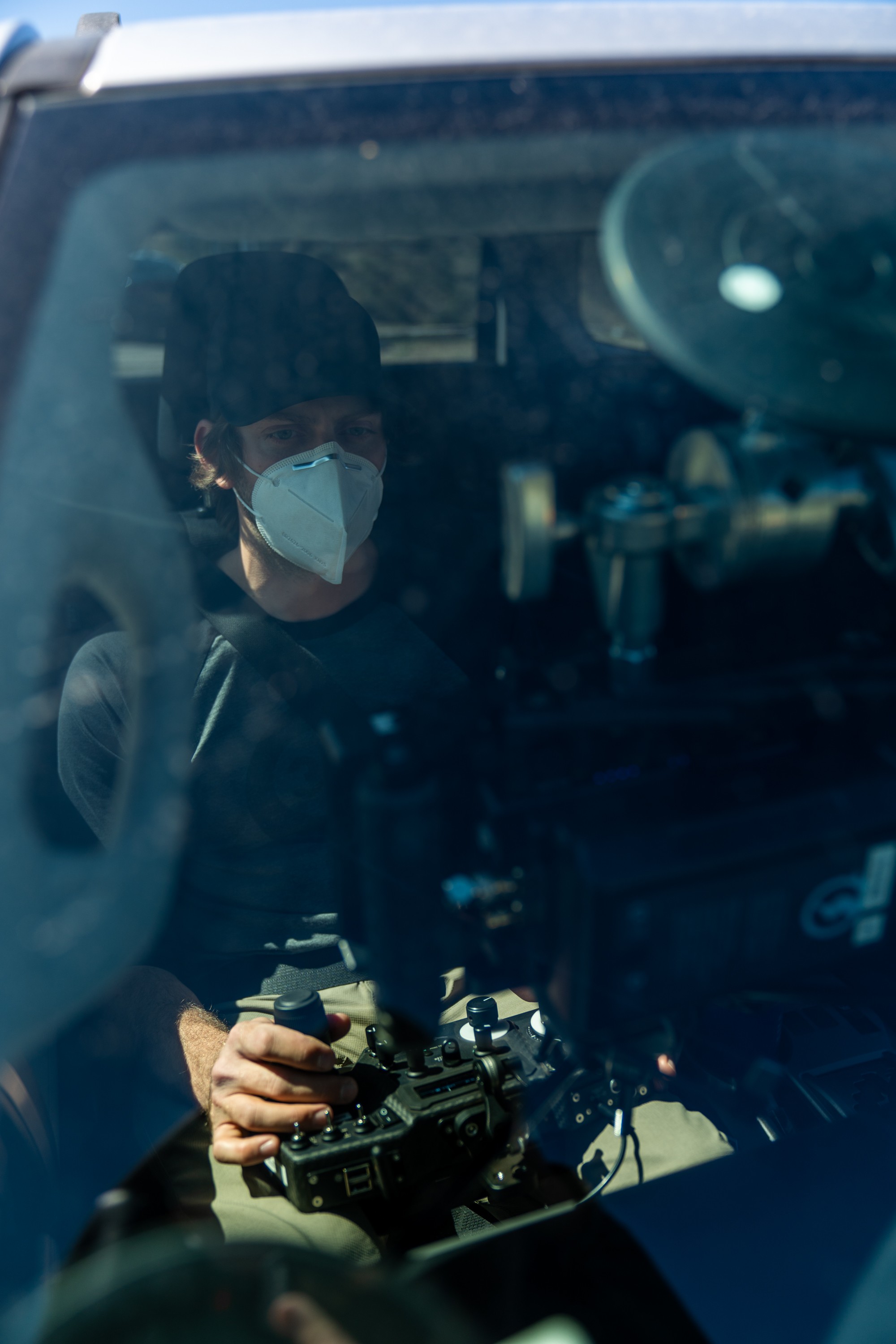 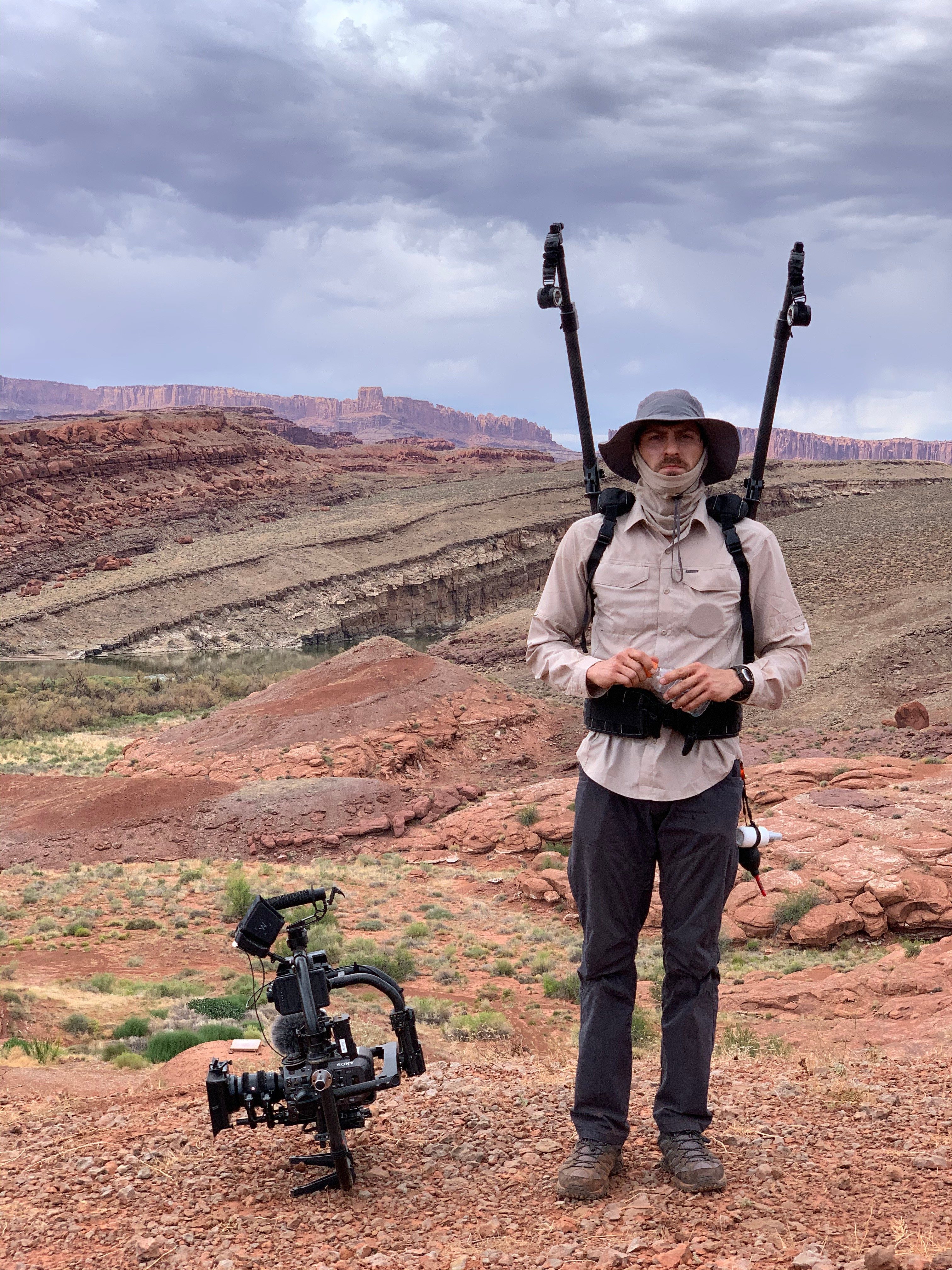 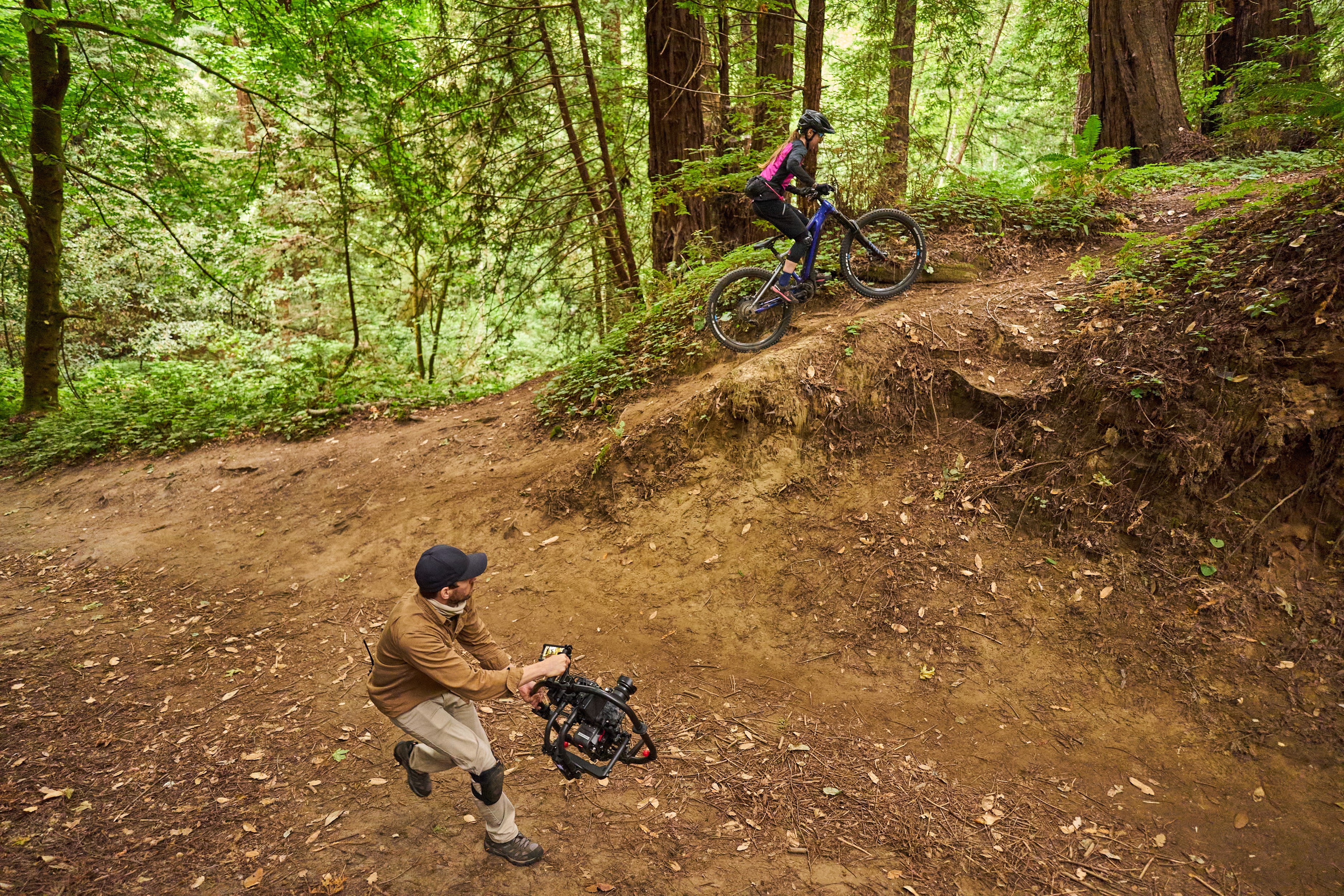