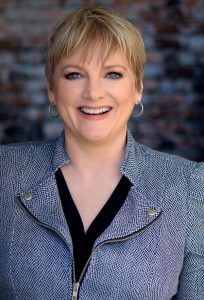 Today we’d like to introduce you to Alison Arngrim.

Hi Alison, so excited to have you with us today. What can you tell us about your story?
I’m an actress, comedian and NY Times Best Selling author, but I really got my start playing the much-hated Nellie Oleson for seven years on NBC’s Little “House on the Prairie” starting when I was 12 years old! It’s definitely what I’m still known for – (and yes there are still people who hate me for things I did when I was 12 years old pretending to be someone else!)

Since then, I’ve continued to work as an actress and stand up comedian. A few years ago, I wrote about my experiences in my autobiography, “Confessions of A Prairie Bitch: How I Survived Nellie Oleson and Learned to Love Being Hated”. People really seemed to like it, and I made the New Yo9rk Times Best Seller list! It’s still selling well on Amazon and I have the audiobook out too. Currently, I just finished a film and I have my own talk show on UBN Go internet Radio, “The Alison Arngrim Show” where I interview other celebrities. I’ve also been very involved with various charities, including AIDS Project Los Angeles and I’m currently President of the Board of Directors of The National Association to Protect Children, also known as PROTECT.org. Since the pandemic, I’ve been doing all my shows online as streaming pay per views and reading aloud daily to my fans on Facebook

Alright, so let’s dig a little deeper into the story – has it been an easy path overall and if not, what were the challenges you’ve had to overcome?
Ha! “Smooth” is definitely not a word that would describe my life! It’s really worked out great, but I was off to a rocky start from the beginning, I am a survivor of child sexual abuse, I was bullied at school, pathologically shy – you name it. Getting the role of Nellie at age 12 was quite the turning point. Instead of being afraid of my own shadow, I was suddenly playing a character that other people were afraid of. And because of the character’s constant tantrums and fits, I had a wonderful safe place to release all my rage and tension. The combination of that, and the fact that the cast and crew of Little House were so kind and supportive, made the set very safe and healing place for me. Afterwards, there was the usual typecasting and the difficulties many child stars face adjusting to adult life, which combined with my childhood history of abuse made things quite the challenge. Luckily, a combination of good professional therapy and a career in stand up comedy did wonders!

Thanks – so what else should our readers know about your work and what you’re currently focused on?
I’m certainly best known as an actress, and yes, as an ex child star, but after many years, people now also know me as a stand-up comedian and author. I have to say, I am particularly proud of my book. Before the Pandemic, I was touring the U.S. and Europe, doing my one woman comedy show in New York, my French comedy show that I perform in France, Belgium, Switzerland, etc., fan events and Little House cast reunions all over the country, as well as performing in live theatre and independent films. I also got involved in several web series. I admit I do technically “specialize” in playing …very unpleasant people…LOL! I have played nice characters on occasion, but producers know, if they have a really objectionable character, I’ll take it and run with it! I’m definitely known for being very involved with my fan base. Which of course has made the shut down very hard for me and for them. As a result, I’ve essentially moved my career to the internet, LOL. I have a stand-up show called “Nellie’s Prairie Terror” I’ve been doing on Stage It.com, I’ve continued my weekly interview show, using Zoom, I’ve signed up for Cameo and Coach The World, both interactive fan apps, where I can talk to people. I started reading the Little House books on Facebook Live back in March, really just for fun, but it’s become so popular, it’s now a daily “happening” on the internet.

What’s next?
I have quite a lot going on right now, considering the current circumstances. I just completed filming on an independent film called “Even In Dreams”. (It’s a lovely family film about a young girl trying to make it in the music industry while hanging on to her values. I play the evil manager who almost ruins everything for her.) I have another online comedy show “Nelle’s Nasty Noel” on December 17th on Stage It.com. I’m continuing with my weekly show, my daily readings, there’s several online virtual charity fundraisers coming up, one on December 10th, for The Cavern Theatre in Los Angeles. (The cast of the musical parody “Prairie-Oke” are reuniting to show video clips from the production and do commentary.) I’m finding more and more creative ways to entertain and continue to work on-line, but I’m really looking forward to going back to live theatre and comedy with an audience I can run out and hug afterwards! 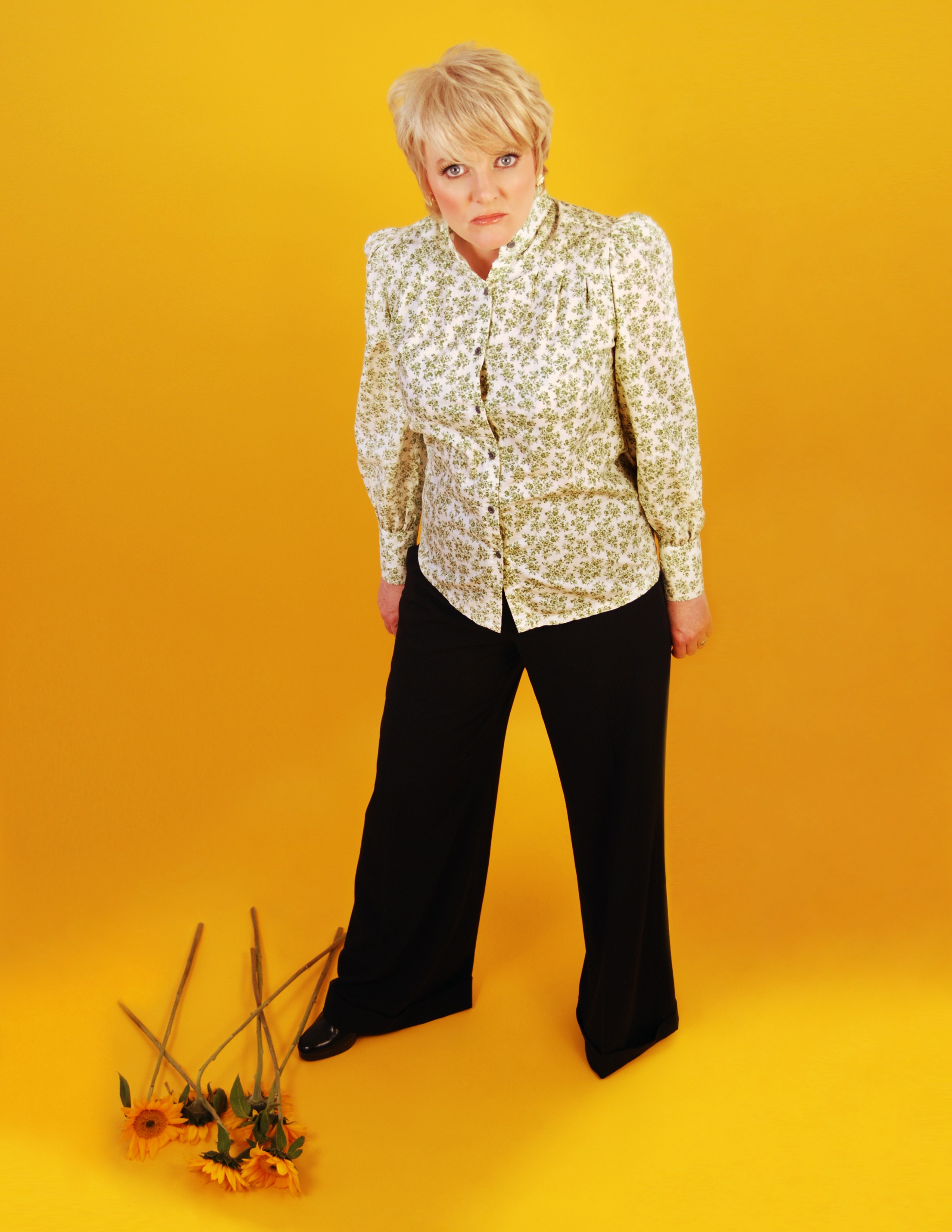 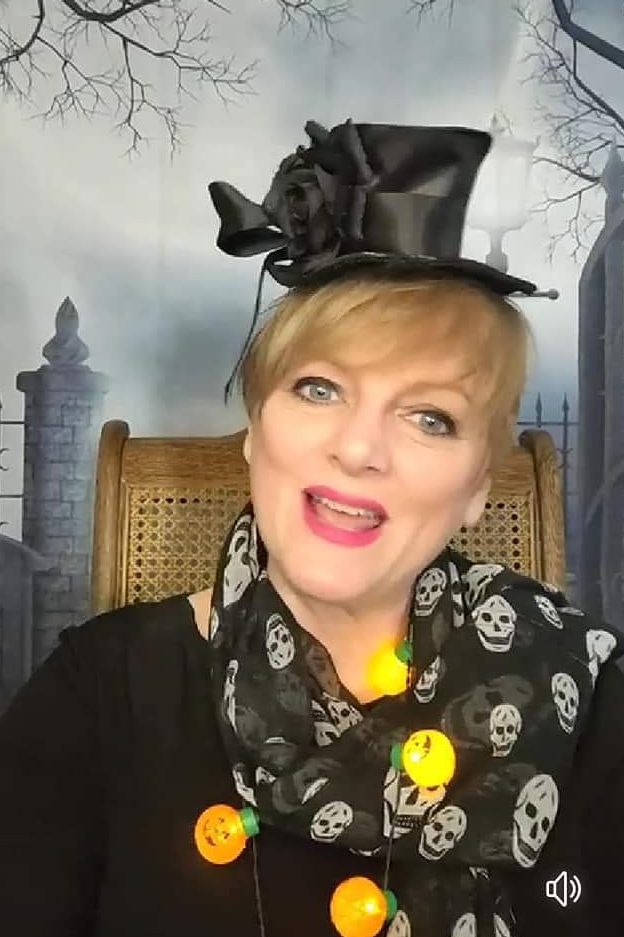 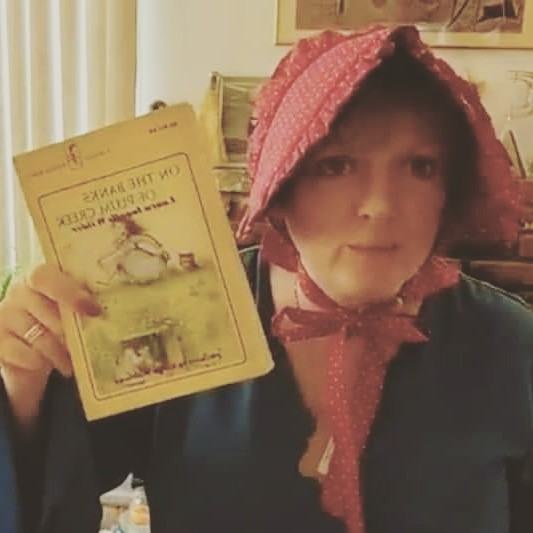 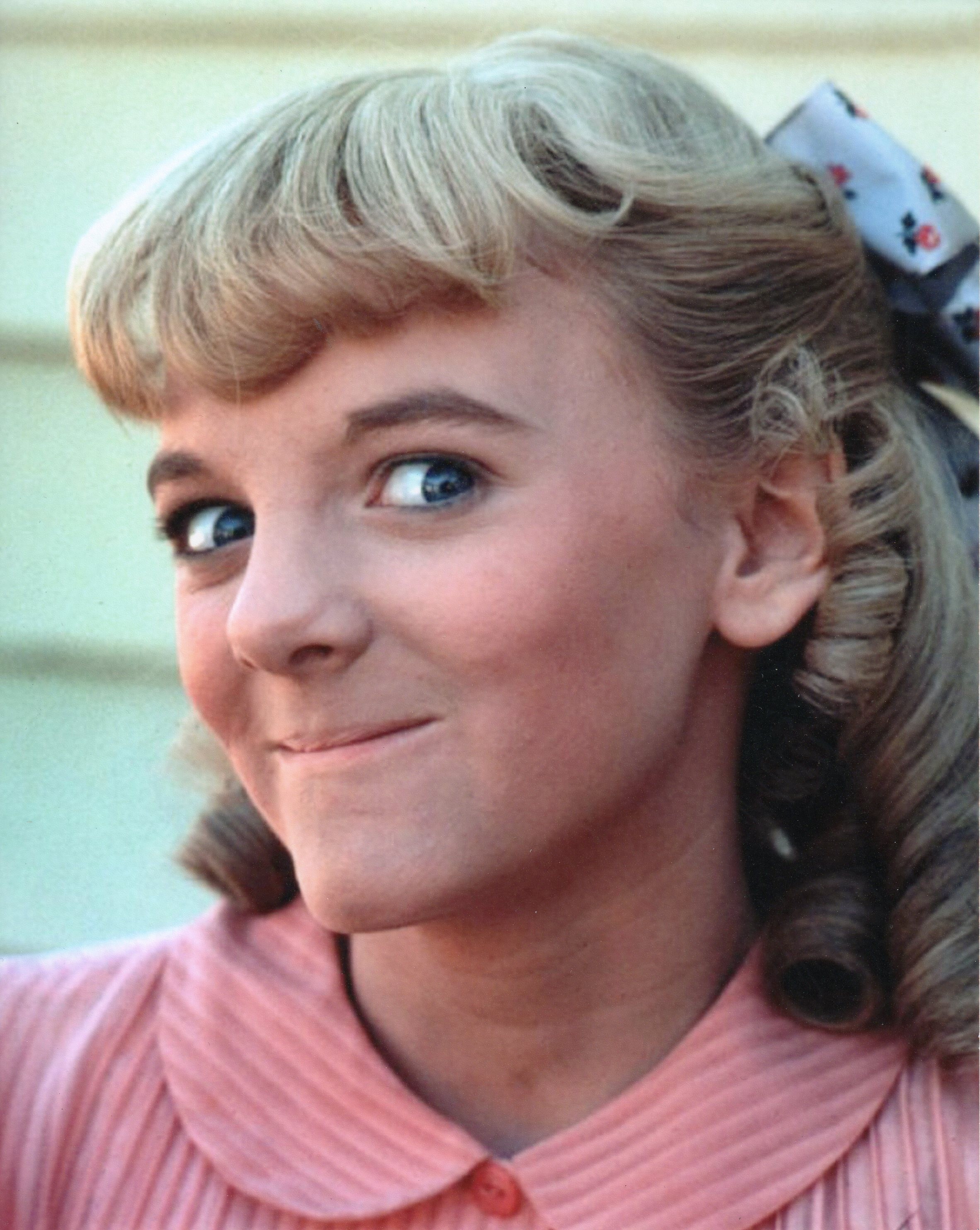 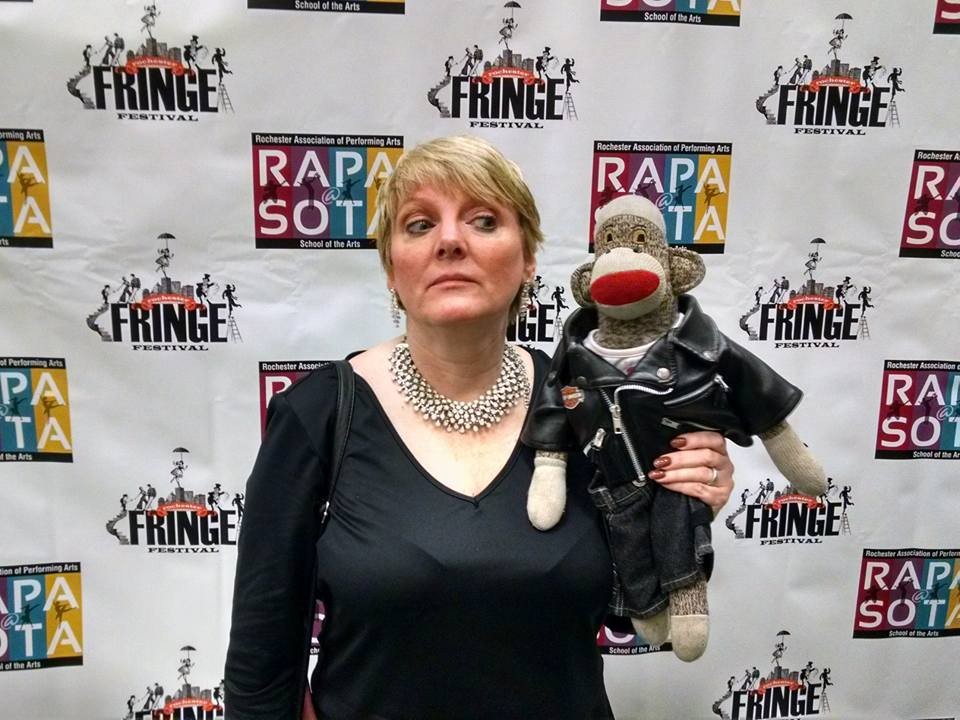 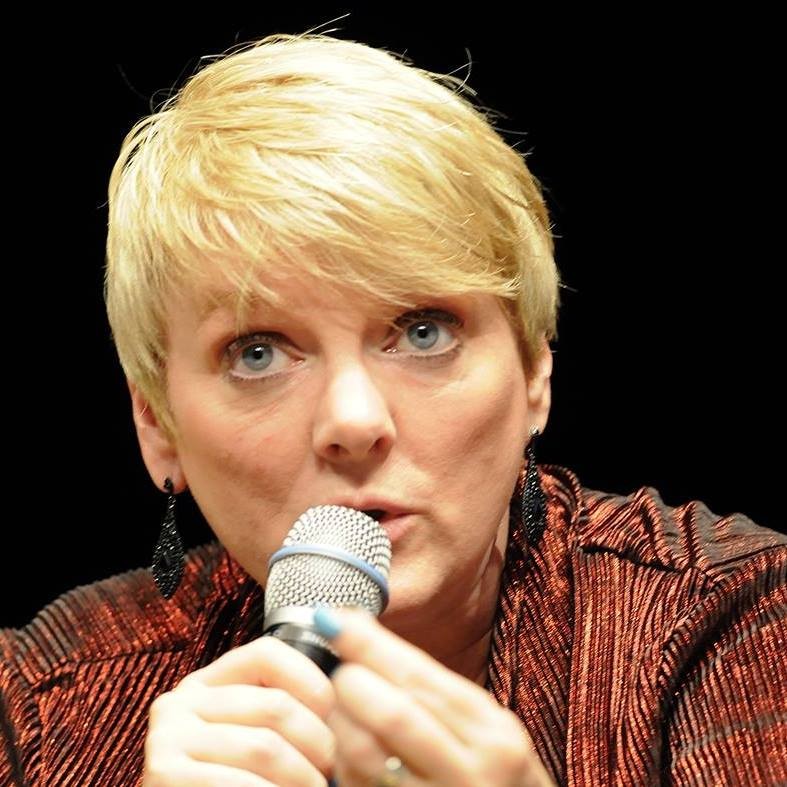 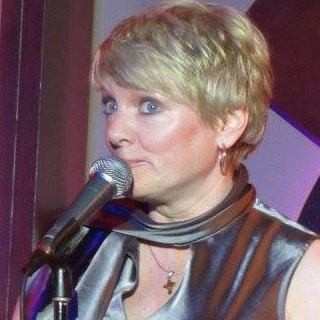 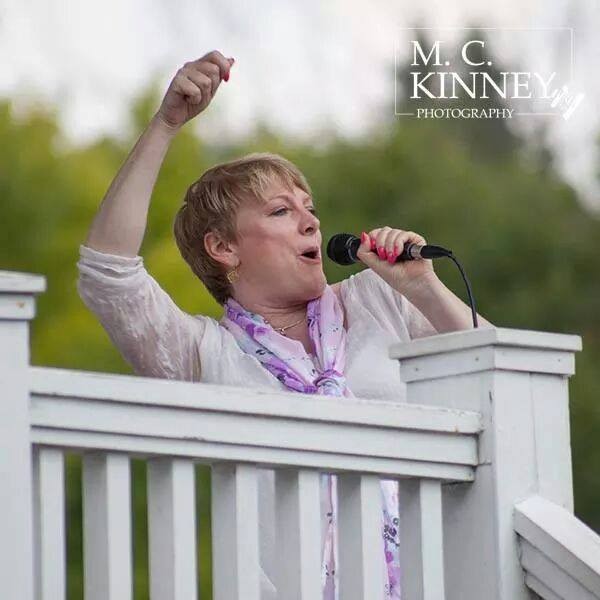