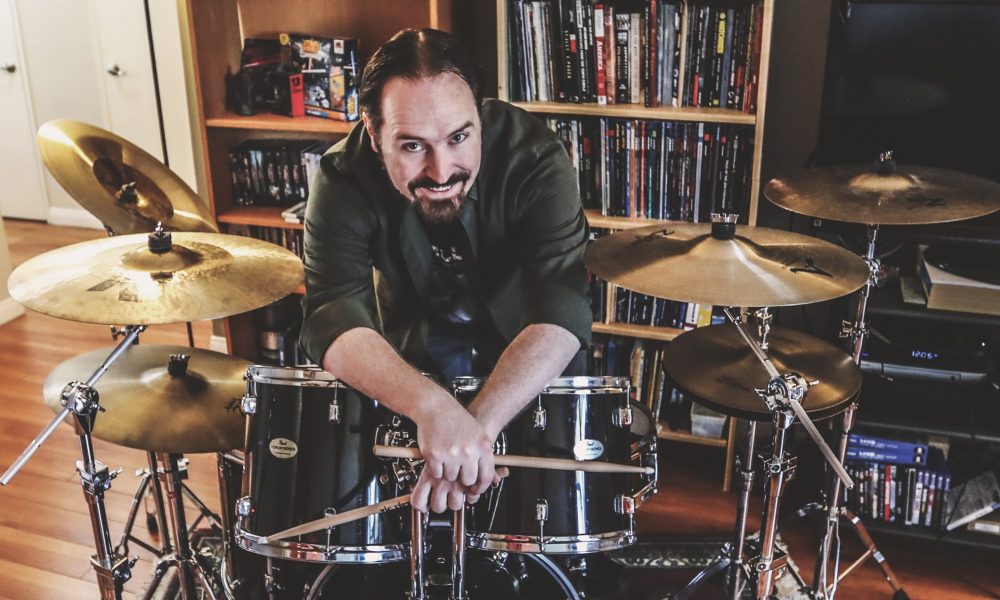 Today we’d like to introduce you to Dan Hegarty.

Hi Dan, it’s an honor to have you on the platform. Thanks for taking the time to share your story with us – to start maybe you can share some of your backstory with our readers?
This journey from music fan to music profesional started when I was growing up in New York – with a 65 on my first important music test. I had loved music for as long as I could remember and I knew I could do better than that. This led me to take private lessons, stick with my school music program, and spend as much time as possible listening to music. For some reason, drums and rhythm spoke to me the loudest. I’m not sure if it was my sports background (it’s a common activity with a lot of us – probably due to the amount of repetition, timing and physical contact) or because nothing else made sense to my ears at that time. Then when I was a teenager, I got to meet Metallica. One of my father’s friends worked in the music industry and he got us passes to a meet and greet with the band in midtown Manhattan and that experience changed everything. I was intrigued not just with the band but with the entire operation that put them in this music store in front of the fans. The decision was made that day – my life was going to be in music and I wouldn’t settle for anything else. That experience shaped my education, career choices, and creative music pursuits. I’ve always attempted to put myself in an environment where I could pursue the music that I was most passionate about. LA is definitely a good place for a metalhead who also likes music from movies, TV shows and video games. It was here where I got my first tour with Cobra Venom, scored my first show, The Starmind Record, co-founded the Metallica tribute band Cliff ‘Em All, and started my solo music project, Conflict One Zero.

Alright, so let’s dig a little deeper into the story – has it been an easy path overall and if not, what were the challenges you’ve had to overcome?
I have yet to hear of a musician or music industry professional who has had an easy time with this career and lifestyle. HAHA! I could fill up multiple pages answering this question but I’ll stick with the three biggest challenges. First, this has been and still is a long game. It’s probably good that I didn’t know how long the game could actually take before I reached my big goals. My first tour happened about ten years after I started seriously looking for one and it took almost another ten years after that to get my first record deal. Second, there’s the professional struggle – and I’m not just talking about money. I had to learn how to seek out and collaborate with like-minded people who have similar goals, both artistically and professionally. Communication is also key – it’s important to speak up if things aren’t going smoothly but it’s also important to communicate when they ARE going well. I’ve always been pretty good at the former but the latter is something that I really try to focus on now. Appreciation buys a lot of loyalty, effort, support, and respect from other people. Last, it’s always super frustrating and heartbreaking when things don’t work out – whether it’s a band, a gig, a tour, a score, etc. I had to learn to look at unfortunate outcomes as learning opportunities and not just as failures. I’m very hard-headed and focused, so I’m still learning how to do that when it happens. Being open-minded and willing to pivot for a new situation or opportunity is also critical. I was able to get into composing and also music education by adapting that mentality.

Appreciate you sharing that. What else should we know about what you do?
Before I became a musician, I was obsessed with sports. I have the team mentality where I strive to make sure that my actions help the team win. This how I approached the drums with Cliff ‘Em All and Cobra Venom, the score for The Starmind Record and my visual projects, and the courses that I teach at LACC. As a drummer, your musical contribution supports the song. As a composer, your score supports the story. As an instructor, your lessons support the students. I’m a hard rock and heavy metal drummer at my core but I’ve also worked with singer-songwriters and in musical theatre. My job in all of those situations is to be the foundation. If my timing is off or I’m too loud or soft, the whole thing can fall apart. I can also deliver in a clutch situation – like when a monitor or an instrument goes out on stage during a song. I have complete respect for engineers and producers in the studio, so I’ll ask questions before I touch anything or make any adjustments to my setup. I can also record myself and collaborate remotely. When it comes to composing, I’m a fan of many music styles and will incorporate electronic, orchestral AND rock elements into my scores. When my director needs something specialized, I’m very happy to make adjustments. I love spotting sessions – they help me make better scoring choices. As an instructor, my goal is to take my students from wherever they are now to the next level. I always ask my students which artists and music interest them so that I have context. I also ask my students about their own goals. It’s important to know whether they’re exploring music for fun or want to make records, play in bands and get gigs.

What quality or characteristic do you feel is most important to your success?
I have been in LA for 15 years as of the time of this conversation and I had been pursuing music full-time for several years before that. I’ve seen so many people come and go both from this town and from music itself in this time. The thing that keeps me engaged the most is curiosity. I always find a way to explore another aspect of music. When playing one instrument wasn’t enough, I tried another one. Drums was my third instrument and piano, which moved me deeper into composing, was my sixth. When I couldn’t find enough work as a drummer to support myself, I took music licensing gigs at companies like The Harry Fox Agency and APM Music so I could learn about music contracts, copyrights, metadata, placements and royalties. When my private drum student roster was shrinking, I tried teaching group courses, which led me to my gig at LACC. When I was between bands for a while but kept hearing music in my head that I wanted to bring out into the world, I started Conflict One Zero. A lot of musicians and music industry professionals have ONE specific idea about what their career could or should be and I know firsthand that it is devastating when that one thing doesn’t work out. But that doesn’t have to be the end of the story – just the end of that chapter. I would encourage anyone who’s interested in doing anything in this field to remain curious. There’s way more to this than I ever thought possible and I’m still finding new things to check out and get excited about today. 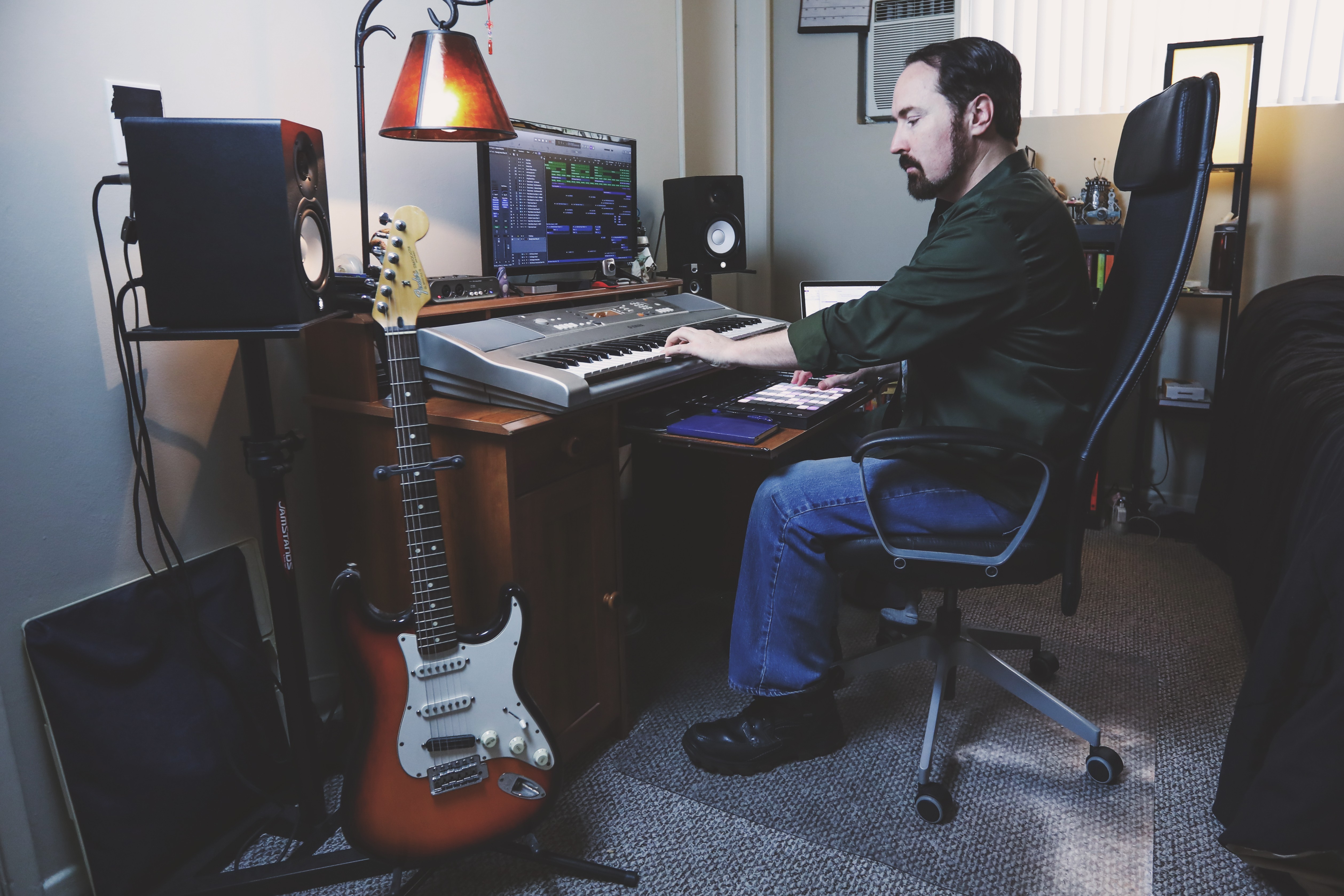 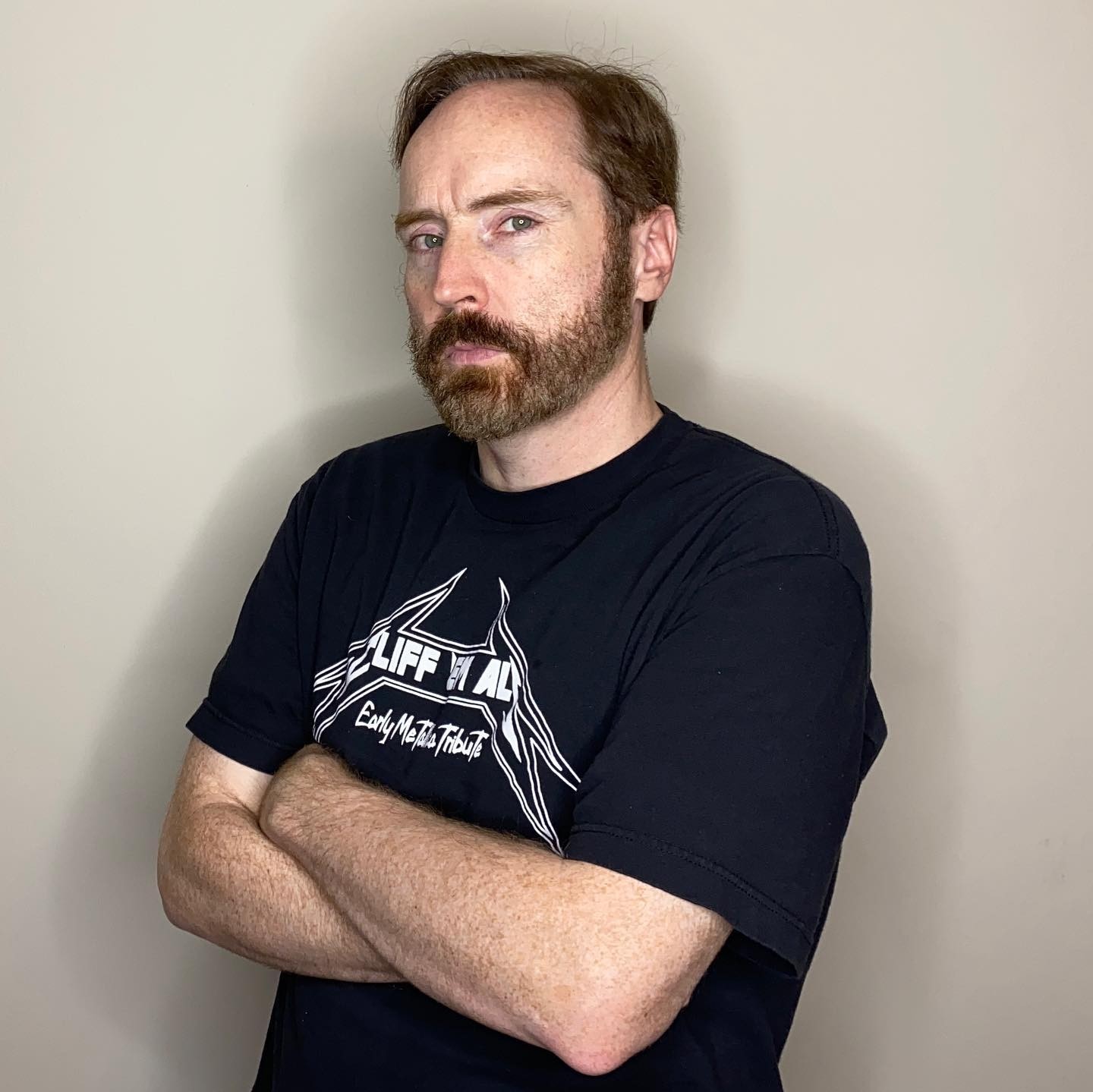 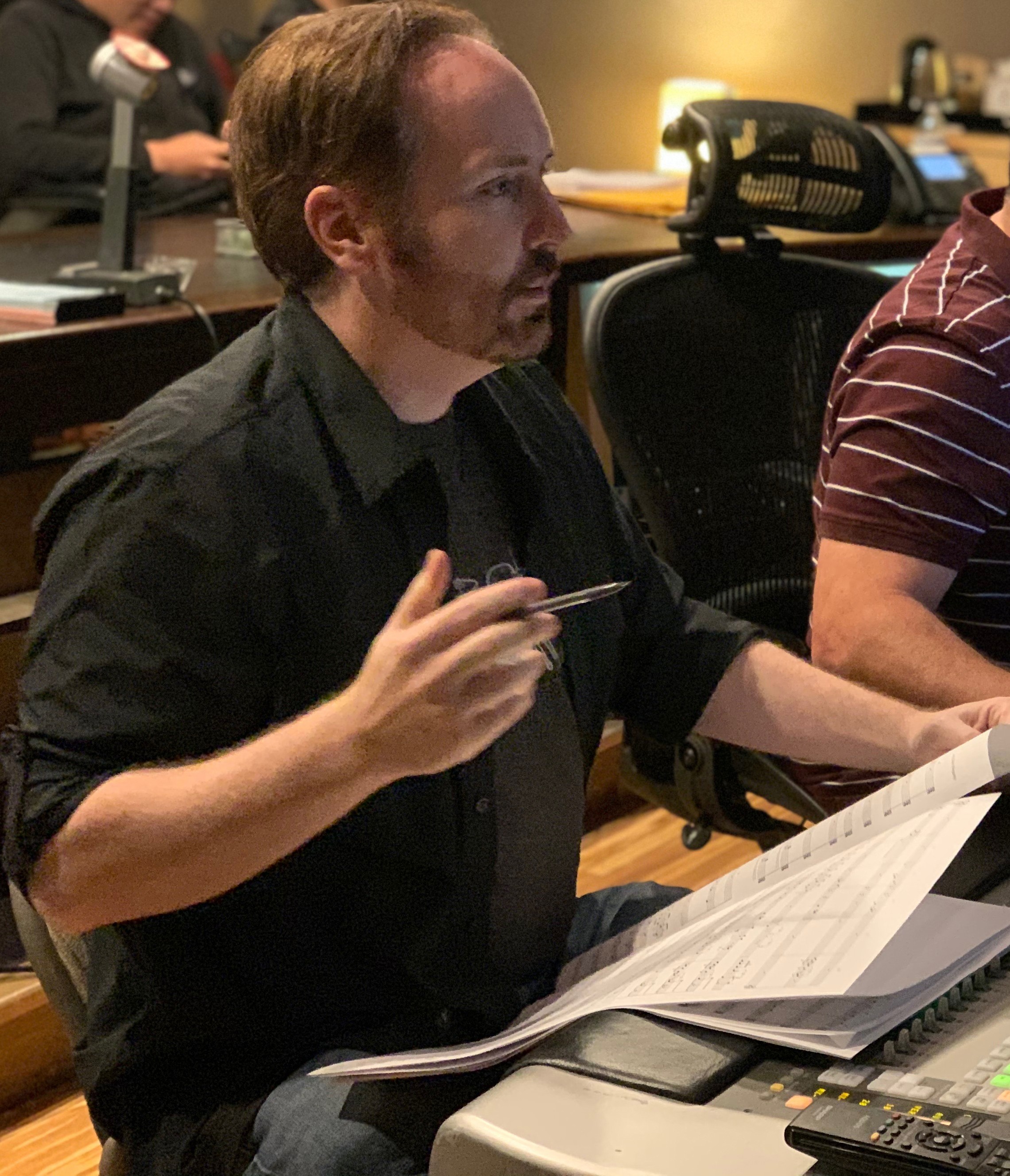 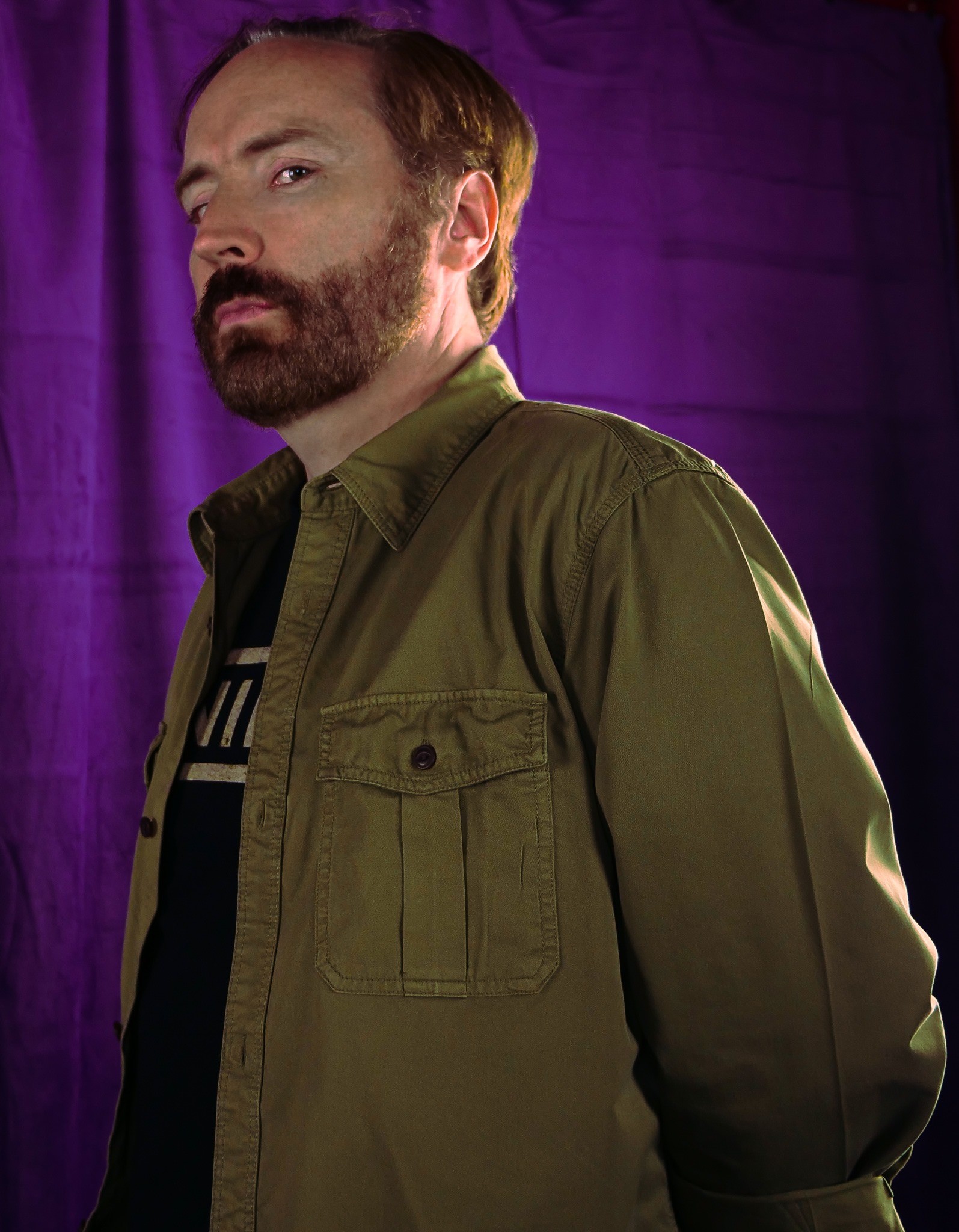 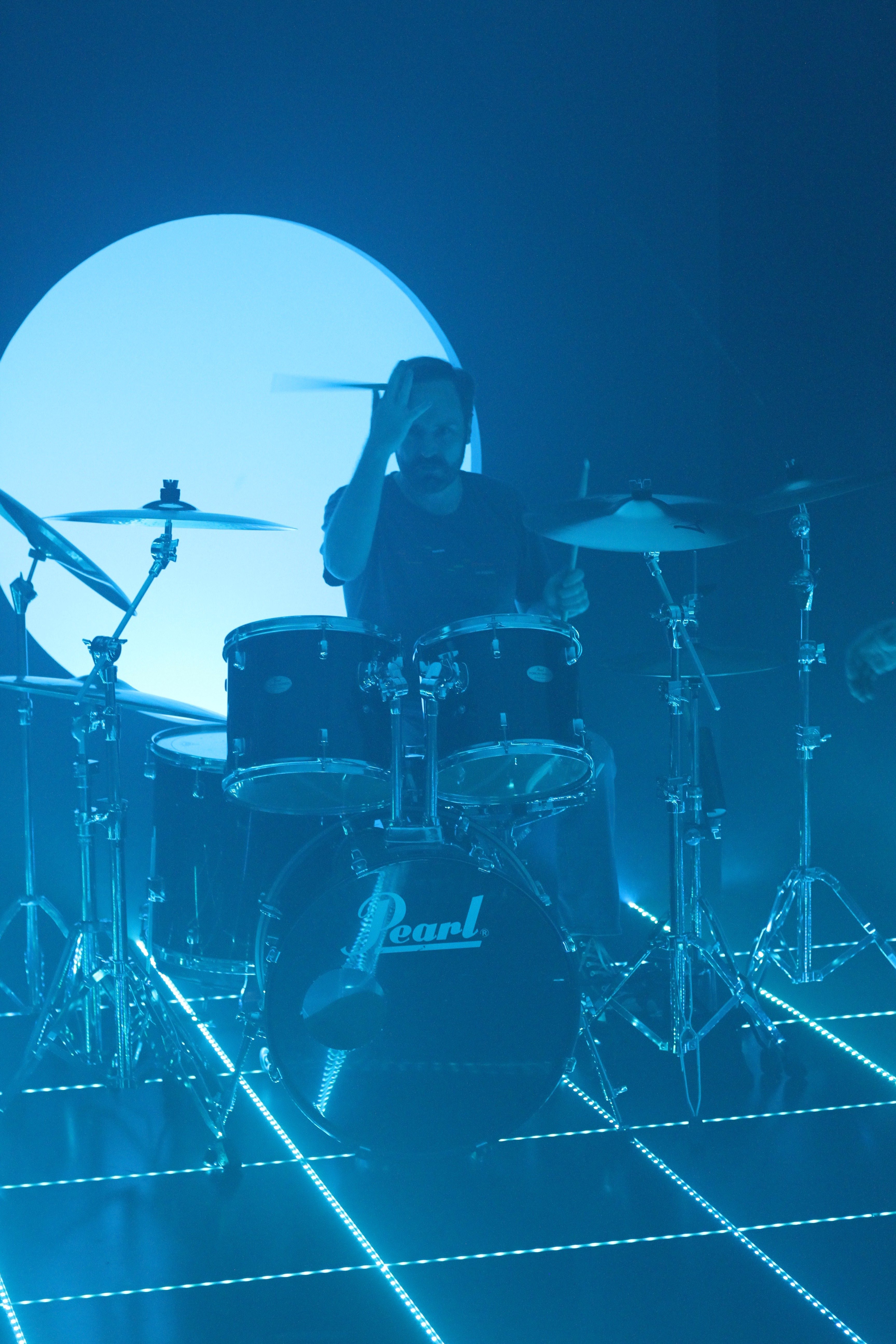