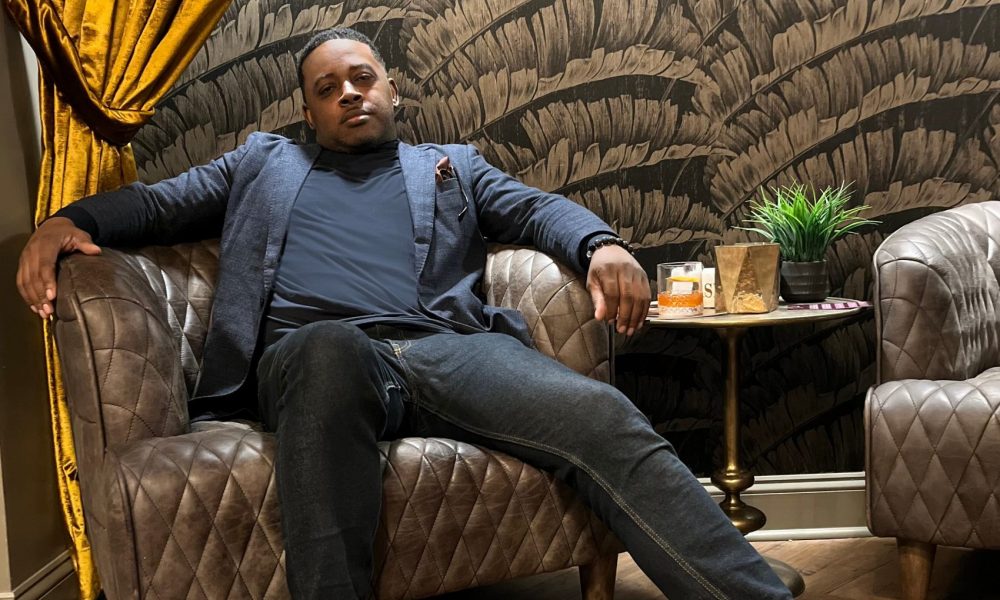 Today we’d like to introduce you to Chuck Holliday.

Chuck, we appreciate you taking the time to share your story with us today. Where does your story begin?
I started Made Lifestyle Collection in October 2015 as a side project while I was experiencing burnout working as a camera operator at a TV Network in New York City. At the time, I just wanted to do a private line and keep it small for my group of friends who all worked in media. But my ex-girlfriend suggested making it a full-scale public brand, and after a bit of resistance, I switched the focus. Made Lifestyle Collection launched with just eight pocket squares while I was still learning how to sew from watching a young girl do demonstration videos on YouTube.

A week into the launch, I got nervous after seeing a public figure launch a brand of pocket squares and was widely mocked for it. It felt like I was in over my head and didn’t have a plan. But after my TV anchor friends began buying pocket squares out of my travel bag while at work, I quickly put together a roadmap and looked ahead to possibly doing a fragrance since I’ve always had an affinity for cologne. During this time, I relocated from New York to Charlotte and was excited to have twice as much space to operate. I connected with a veteran perfumer from NY/NJ, and he offered to help me create my own custom-branded cologne. I launched the cologne for the 2016 holiday season, but because the entire process happened within three weeks, I forgot to create a name, so I called it Made Day. I sold the first case of 60 bottles within eight days before I could even add it to the website. I did another case of 60 bottles after the holiday season and sold out within a month without marketing or any social media influencers. It felt like maybe I was onto something.

The perfumer then recommended that I get a dealer permit (required for creating cologne/perfume) and learn how to create cologne on my own so I could cut the middleman out (in this case, the middleman was him) and reap a higher profit margin. I received my dealer permit after one month in May 2017 and created my first cologne on my own using nine fragrance notes. When I ordered hundreds of empty bottles for the new cologne, they arrived with the word “SPORT” on the bottle. Since I didn’t want to send them back, I named the cologne “Sport” and made good use of a mistake. “Sport” sold out in less than a month (fueled by a simple promo photo of the bottle near a swimming pool at the start of the summer season), and I then turned my attention to strengthening the presentation and packaging of the brand. Fast forward to early 2022, and I have created over a dozen colognes, including a few collaborations with others. I also expanded from sewing pocket squares to bow ties and neckties. I’m always looking for ways to expand the brand while maintaining its identity as a men’s accessories line, and I still create everything myself in-house and still enjoy the process.

I’m sure you wouldn’t say it’s been obstacle free, but so far would you say the journey have been a fairly smooth road?
Most of my struggles were related to not realizing the value and uniqueness of my brand, which made me hesitant to list products at higher price points. I was so nervous about overcharging for something, especially as a small business, that I undersold my cologne well below market value for almost two years. When I did my balance sheet, I always wondered why my margins weren’t as high as similar products/businesses until a Charlotte clothier named David Washington pulled me to the side during a vending event. He told me there’s nothing wrong with setting a slightly higher price point if it’s reasonable and doesn’t create one-and-done customers (people who only buy your product once and that’s it).

I also noticed that the audience I marketed to in the beginning wasn’t my true audience or customers who frequently bought my products. When I realized that my audience was primarily banking executives, real estate developers, attorneys, politicians, and news TV anchors, I doubled down on it and started catering to them in my future planning. I was an introvert of sorts, so it was a challenge for me to have a seller’s mentality, but because I wanted to make sure my customers were happy with my products, I talked with them during popup shops to get feedback and catered to them 100%. I also had to quickly learn the fragrance pyramid on the fly, which is the equivalent of a Pastor learning the Bible. When customers asked why there is such and such scent in a cologne, I had to explain it in such a way that I knew what I was talking about and not just winging it.

I had an obstacle in explaining to consumers at vending events that I created the pocket squares, ties, and cologne on my own. Most people couldn’t believe that I created this brand from scratch, so I filmed myself formulating cologne, but some people still didn’t believe the videos. I resorted to bringing my bottle crimper (used to seal the nozzle spray to the bottle) to vending events & personal shopping appointments. Because I sewed often, I sometimes showed up to vending events with a loose thread from the pocket squares and ties on my suit. I have since invited colleagues to watch me formulate in person, which has silenced most doubters about my creative process.

Can you tell us more about what you were like growing up?
I was a quiet kid growing up in Brevoort Houses in Bed Stuy Brooklyn NY and was often bullied for speaking too proper (think Braxton from the Jamie Foxx Show), which came from living with my dad for stretches in Alaska and then in the Washington DC area. I signed a contract as a rapper during my teen years in 1993 with Hush Entertainment (Freddie Jackson, Melba Moore, Tanya Blount, Najee), but because I was an introvert, I never warmed up to the concept of performing and ended up working as a session songwriter and assistant with legends like Force MD’s, SWV and Jeff Redd.

Stevie “Stevie D” Lundy of the Force MD’s saw me and Tanya often hanging around the offices because we were too young to hang out with other artists and would bring me with him to run errands and visit his industry friends. This allowed me to meet black executives like Kevin Evans, Louil Silas, Jocelyn Cooper, Hiram Hicks, Ernie Singleton & Damian “Deo” Blyden who looked and spoke like me, which was an eye-opener at that time. Stevie also showed me how to conduct myself professionally in meetings as a 17–18-year-old, and it stayed with me throughout the years. I know he didn’t have to do that, but he did it without hesitation, and I am incredibly grateful for it to this day. 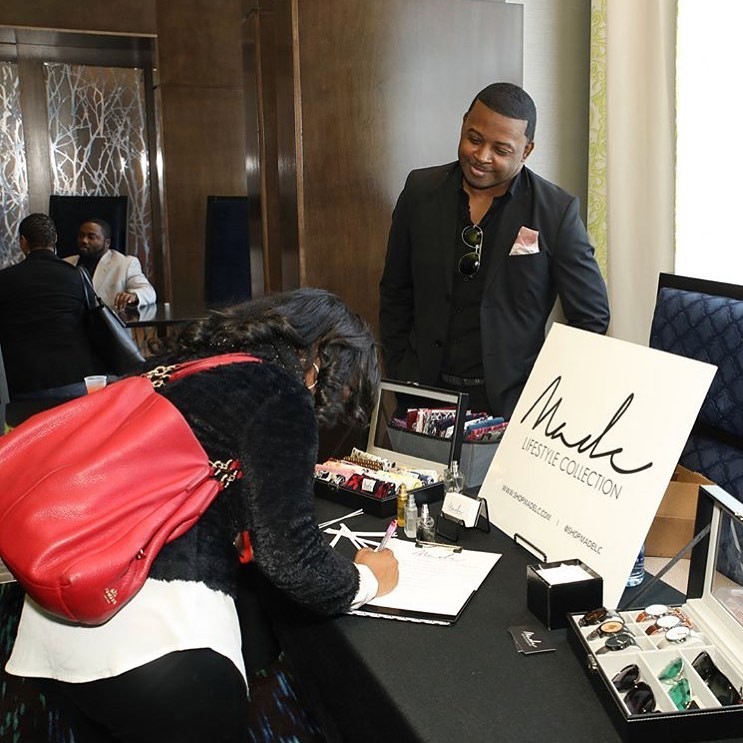 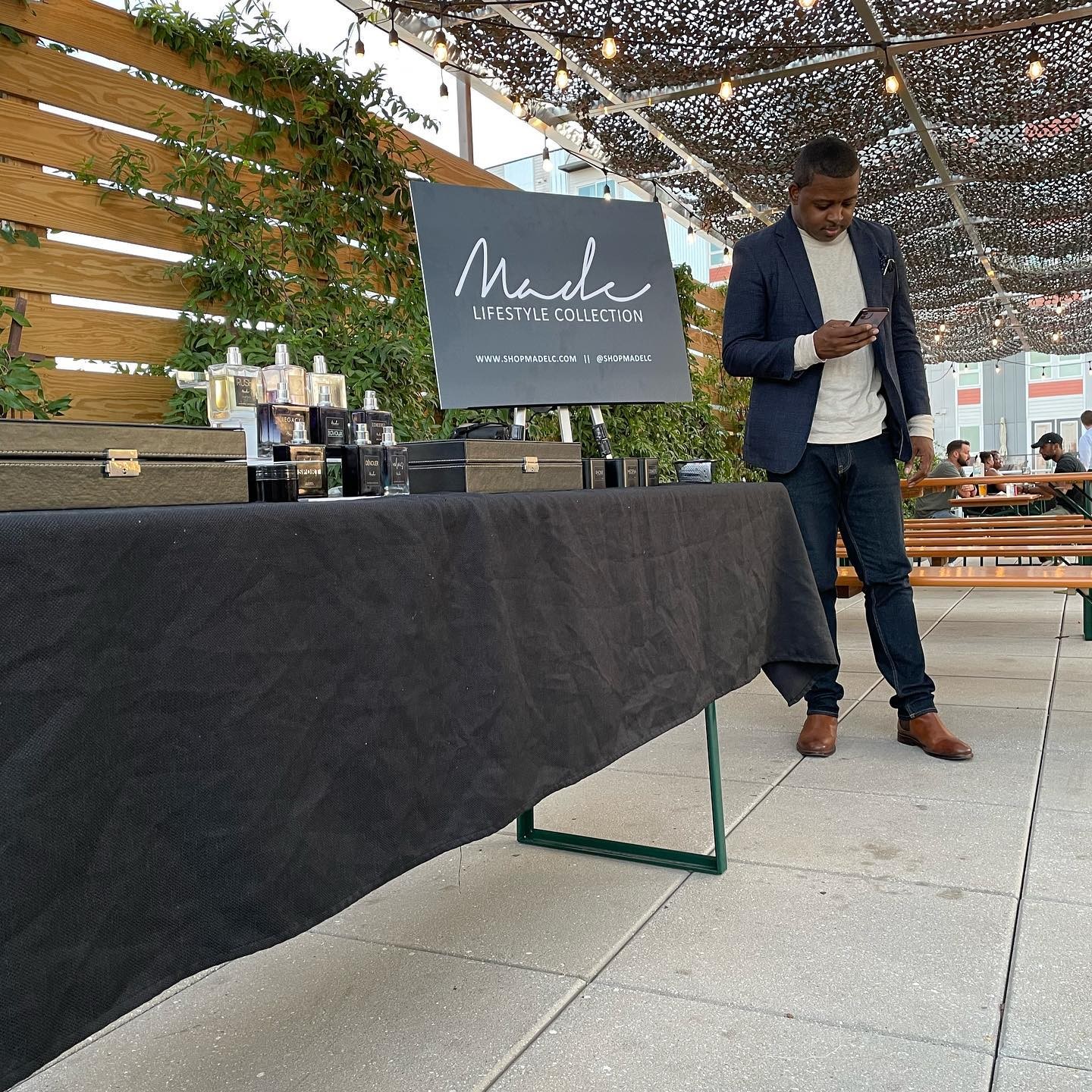 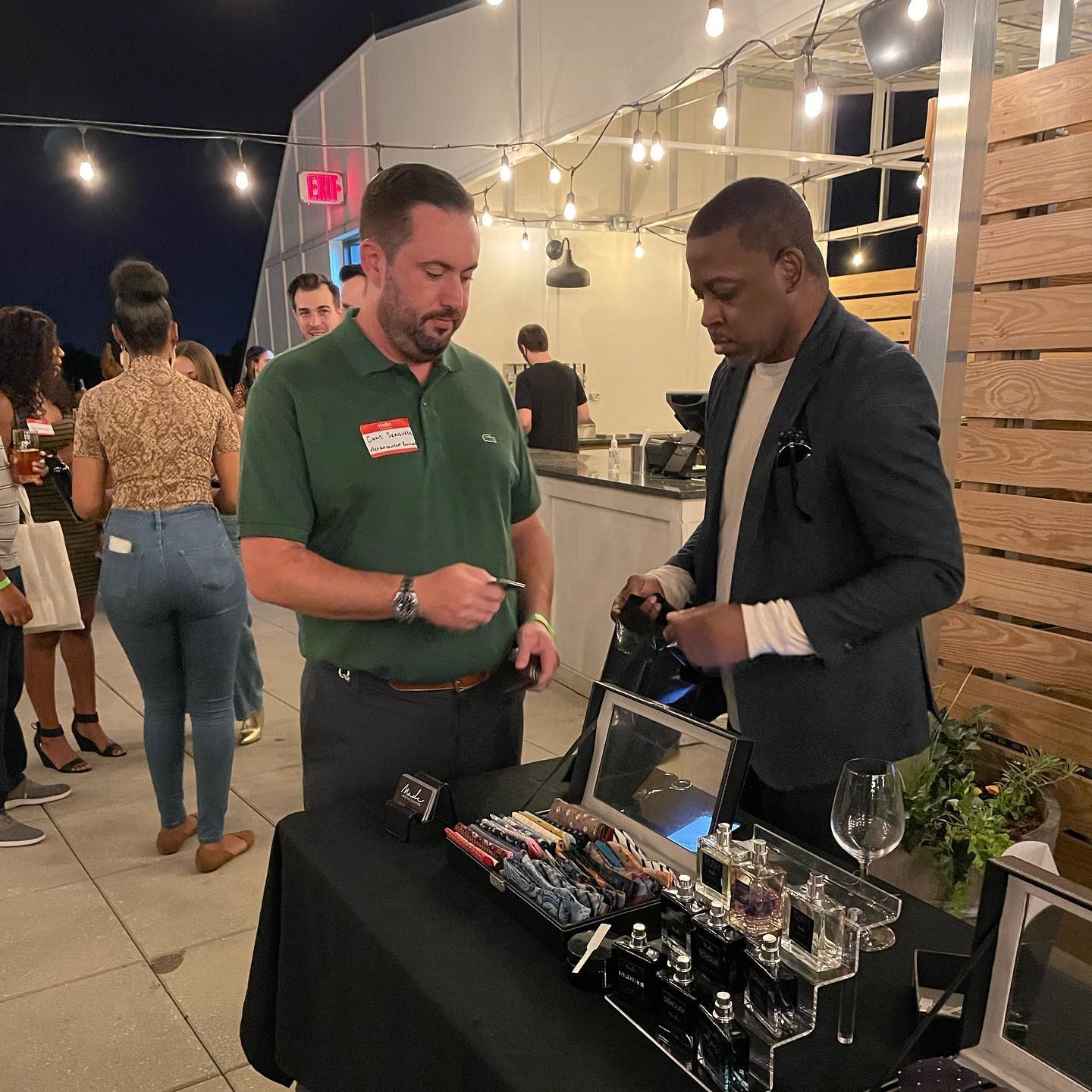 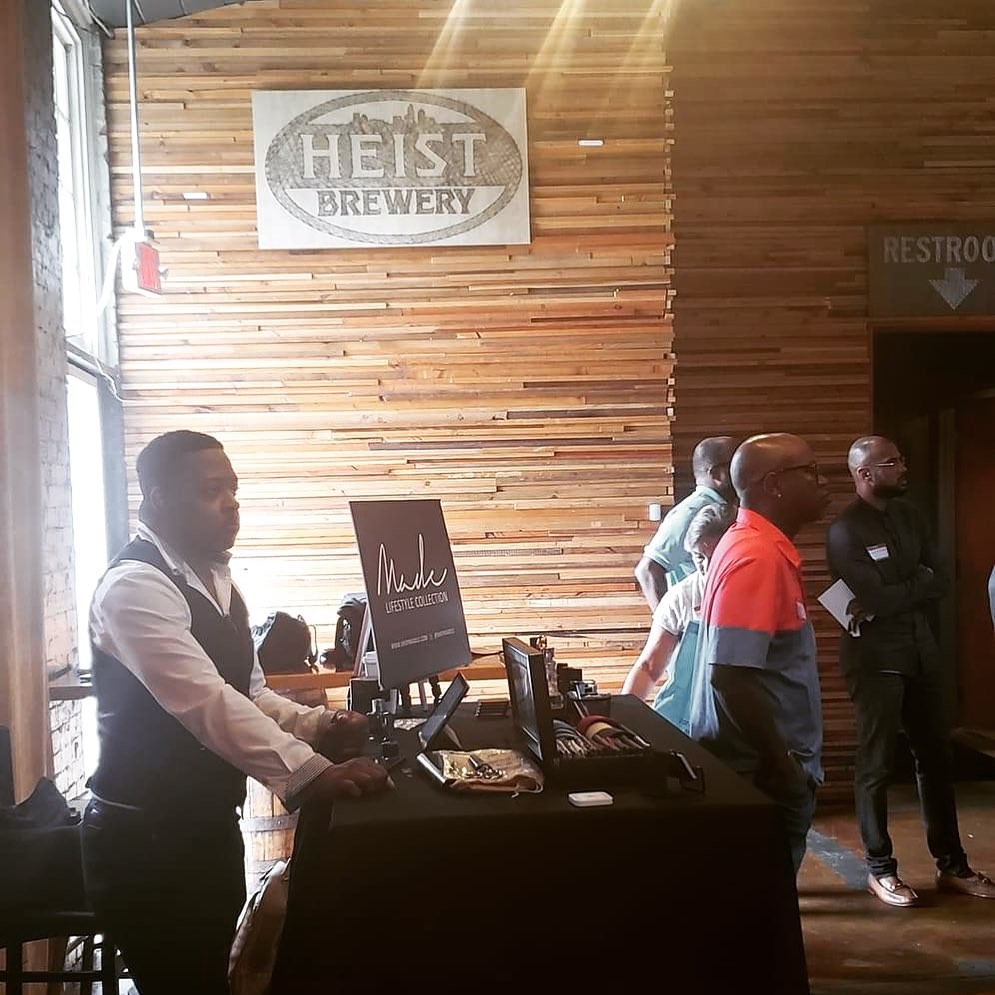 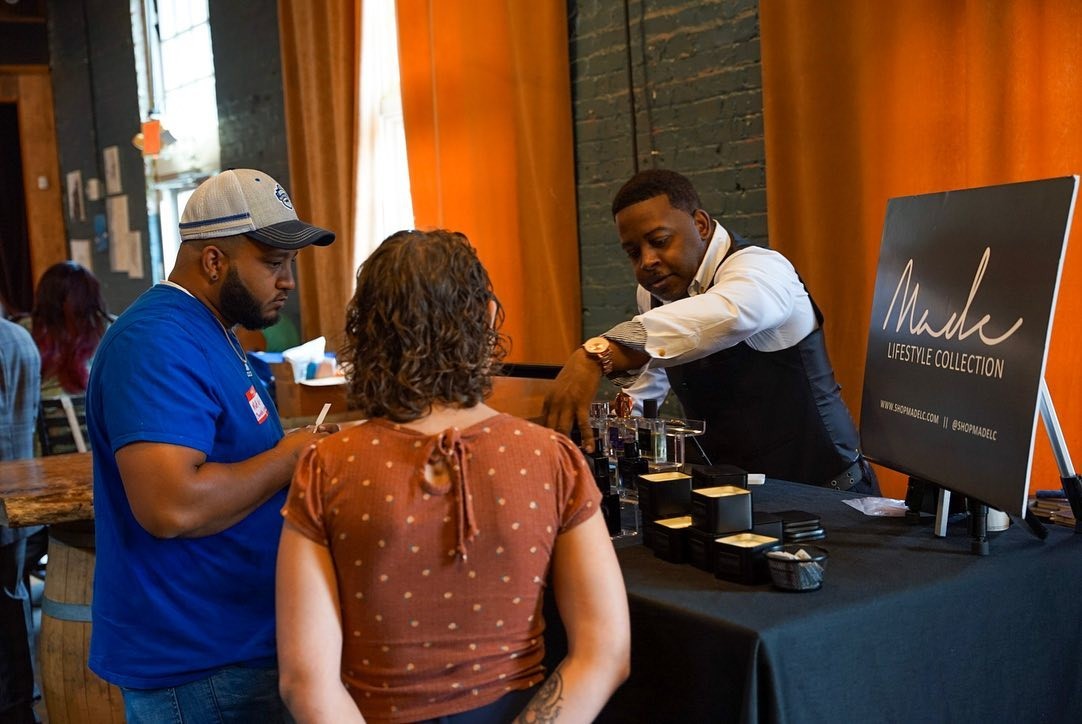