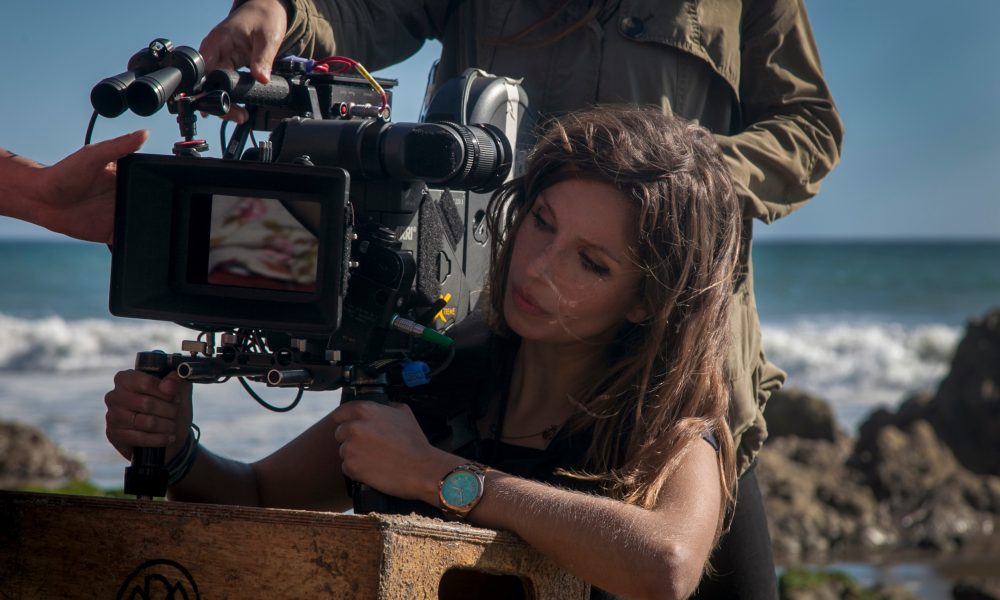 Today we’d like to introduce you to Thaïs Castralli.

Hi Thaïs, please kick things off for us with an introduction to yourself and your story.
I’m passionate about translating into images the stories that are trusted to me. That love affair started thanks to my grandmother. It seems weird to say that, but she was the one who introduced me to this alluring and exciting craft. She fled Europe during WWII and found in cinema a way to connect with others in a different land, where she didn’t speak the language. She introduced me to European cinema to teach me about my roots, and to her favorites: Hollywood classics. The idea that visual storytelling was the most effective language to connect people to concepts and to one another made an impact on me. That concept ultimately led me to film school. I knew I wanted to help tell meaningful stories. The “how-to” became clear when I discovered the craft that never ceases to enchant me: photography. Ten years ago, I found myself in both college and real-world productions in my hometown, São Paulo, Brazil. I worked as a bartender and waitress to pay for school.

However, I had been drawing for my whole life at that point and soon got a job as a storyboard artist for commercials. That allowed me to get access to sets, and after a while my hands were spending more time inside the film changing tent than on top of a drawing board. I built my way as a camera loader, AC, and camera operator, inspired by a pioneer Brazilian DP: Fernanda Tanaka, ABC. According to her “the less women behind the camera, the more sexist stereotypes appear in front of it. If there is no woman to defend an appropriate female representation, it is expected for it to be formed through a sexist narrative”. Fernanda’s statement showed me that my sheer presence on set – that I found so insignificant – could help transform the work environment. Untold stories would only come from a new workforce.

Meanwhile, inside college, I was the only woman who wanted to graduate as a DP. Here’s the deal: I was presented to film processing and photography for the first time in college. It was love at first darkroom experience. I wanted to take that magical way of creating – which became more enchanting than drawing to me – to moving images. I was, however, terrified. There I stood: a newbie, while all my peers got out of the womb operating a Super 8 camera. To learn more about photography, I knocked on the door I thought could allow me into a room of answers: the Leica Camera office in Brazil. To my surprise, the door opened and I stayed there for four years. Moving from an apprentice position to marketing and sales manager for the brand. The artists and professionals I met encouraged me to take the next step: specialize in cinematography. I started planning my application to the American Film Institute. It was a pretty bold move to me, considering five years earlier I was mixing drinks and breaking a few bottles to put myself through college.

In 2014, I got a one-way ticket to Los Angeles to pursue my biggest dream: a career as a cinematographer. Attending AFI allowed me to meet artists who were interested in collaborating rather than excluding, and presented me with possibilities to develop relevant creations to represent unique narratives. After receiving my MFA in cinematography, I worked as a camera operator and director of photography in L.A. In the beginning of 2018, I went back to my lens marketing background and to my home country. I joined an international team from Carl Zeiss to present cinema lenses to the Brazilian market – participating in industry events and offering workshops to cinematographers and rental houses. Nevertheless, Los Angeles is what I consider home now. The city has given me more than I could ever ask for: education, a career, a family of friends, and the love of my life (also a cinematographer).

So in the end of 2019, I was arriving at the LAX again to focus on making images and telling stories. I finished shooting my first American narrative feature right before lockdown. During the months of quarantine, I developed equipment tests in Portuguese for educational institutes for filmmakers in Brazil. I’m grateful for the opportunities to present multiple workshops for Latin America. To mention the most meaningful experience to me: the Women Cinematography Workshop, produced by HD Labs in Mexico City. I got to present alongside five DPs I highly admire to an international audience. In the upcoming months, I’m splitting my time between the U.S. and Brazil to shoot projects that have really attracted me. I feel fortunate to receive fresh motivation after a year that, as known to all, has been challenging to say the least. I hope I can use my passion and skill in future projects to create significant impact in someone’s life and help showcase important narratives. To me, that will always be cinema’s superpower.

Can you talk to us a bit about the challenges and lessons you’ve learned along the way. Looking back would you say it’s been easy or smooth in retrospect?
Ten years ago in Brazil, there weren’t many women in the camera department. My presence was not received well many times. I was young, starting out, transitioning from drawing storyboards for commercials into sets. I started out as a loader for film, and in many productions I would be requested to leave before even showing if I was capable to develop the job. Just because a producer or DP didn’t think a young girl should be trusted with loading magazines.

Thanks – so what else should our readers know about your work and what you’re currently focused on?
I would like to share a little bit about my personal view on the power of creating in filmmaking. Which is what I hope to do more in future projects and explore in personal ones: I was born into a family of immigrants, on both sides, that moved to escape political turmoil in their homelands – the tale of uncountable families across the globe, across the ages. I recognize today that I am interested in telling stories that represent the strength of cultural acceptance and social rebuilding. The history of migration is the history of mankind. I believe true human power lies in discovering unknown places and establishing new cultural ties. Visual literacy is a powerful method of education. Which also makes it a delicate instrument of communication. Film encapsulates different art forms into one medium and can reach large audiences in short amounts of time. This accessible vehicle for delivery and consumption of ideas poses onto filmmakers a moral responsibility. Although art can be used as political propaganda (and history knows it) it can also spread ideas that inspire social revolution.

What do you like and dislike about the city?
L.A. is what I consider home. The city has given me more than I could have ever imagined: education, a career, a family of friends and a partner for life. My favorite part about this city is the international creative connection it allows. As I stated, I gained a new family, composed of friends from all parts of the world – all connected by the passion for creating and collaborating in telling stories. That’s unique to me. I was able to meet amazing artists who became long term collaborators. It is motivating to be in a city where people strive to create, to communicate, to join others, to connect with others. I appreciate the fact I was exposed to so many professionals with different backgrounds and different cultures and learned so much from them. I am thankful for living in a place the majority of my personal and work interactions allow for exchange of cultural information, and where I’m daily inspired by the people I meet. 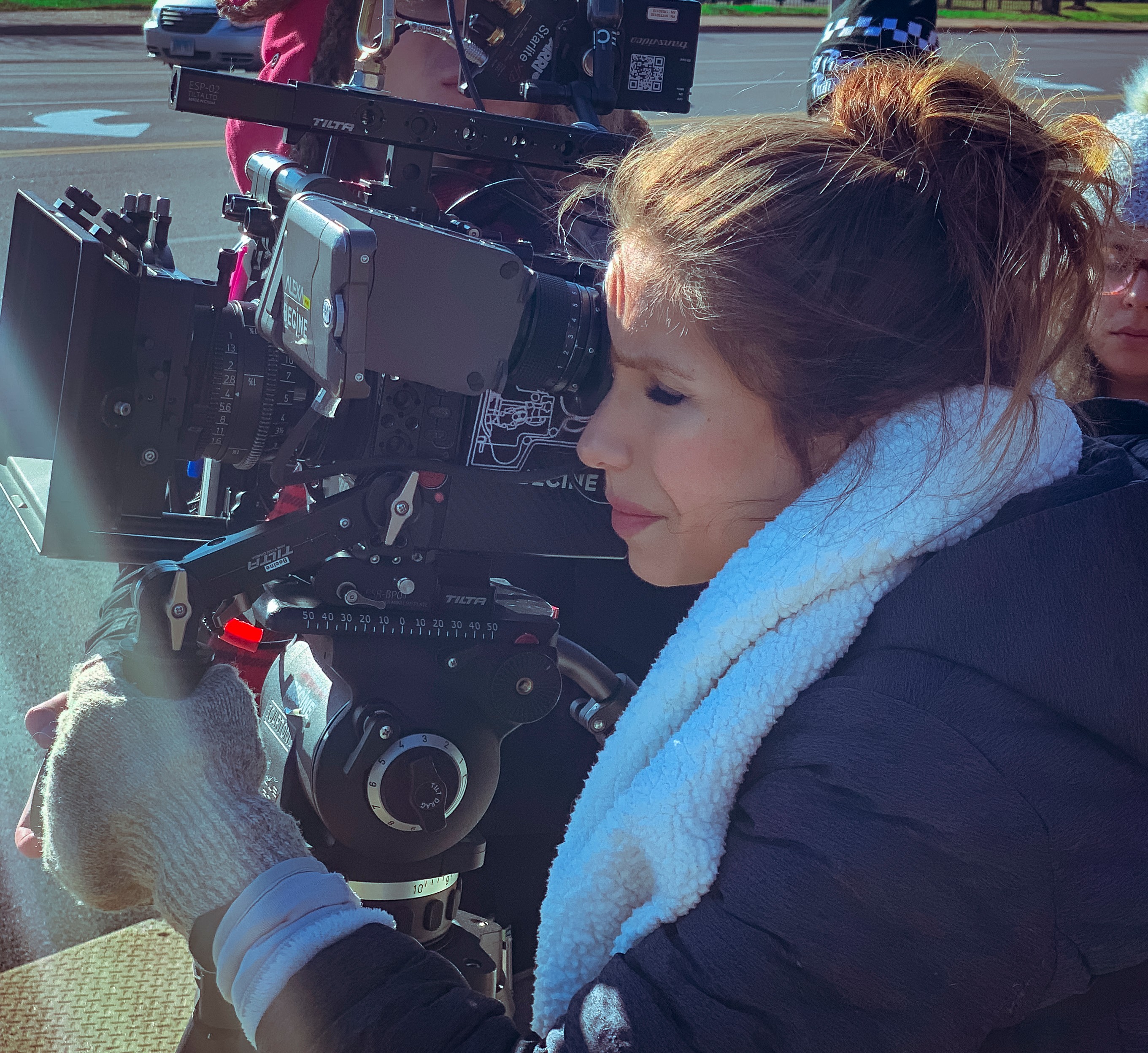 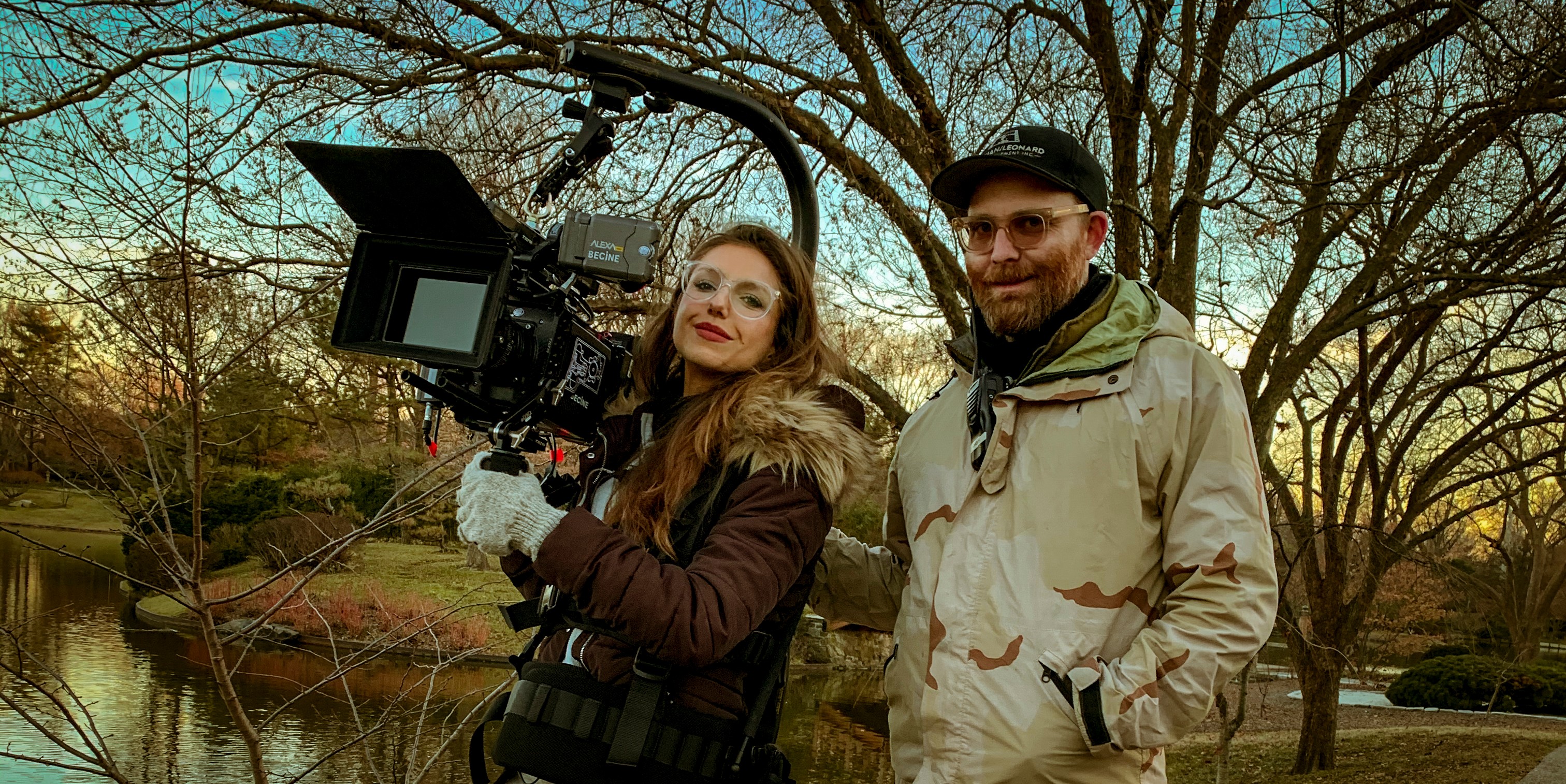