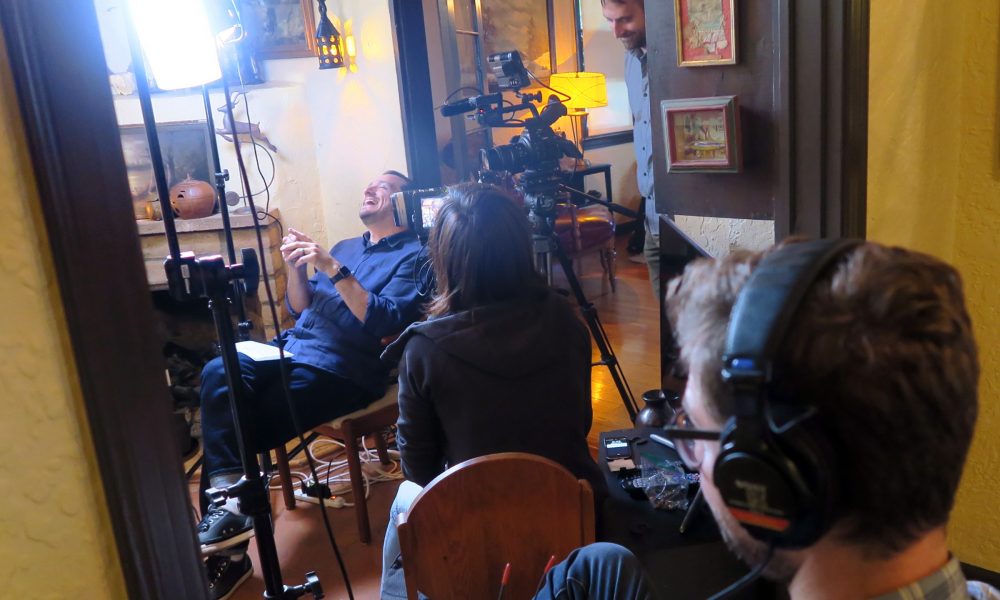 Today we’d like to introduce you to Dion Labriola.

Hi Dion, so excited to have you on the platform. So before we get into questions about your work-life, maybe you can bring our readers up to speed on your story and how you got to where you are today?
As a young boy, my love of drawing lead me to an interest in art that has persisted throughout my life. During my teenage years, as my fascination with movies grew (no doubt inspired by the arrival of “Star Wars,” which was released the summer before I started junior high), I decided that I wanted to pursue a career in film. After high school, I moved to Chicago to study video at the Art Institute there. I lived in that city for many years, often working as a freelance video editor but primarily working as a DJ at the infamous Berlin Nightclub. Eventually, I made the move to Los Angeles, where I finally started working in the entertainment industry full-time as a video editor on television documentaries. Over the last few years, I’ve been working as a freelance editor, animator, and illustrator, as well as producing my own feature-length documentary, “Dear Ike: Lost Letters to a Teen Idol” which tells a story from my early years as a starry-eyed teenager with big dreams of being a “movie maker.”

We all face challenges, but looking back would you describe it as a relatively smooth road?
Though I wouldn’t consider my road smooth, I wouldn’t consider it too terribly bumpy either. However, I think it may have included a bit more twists, turns, and detours than usual. That said, I think the biggest obstacle I faced came during my early years. Growing up in the Industrial Midwest (specifically Akron, Ohio, which was then known as the “Rubber Capital of the World”), the idea of pursuing a career in the film industry didn’t seem like a realistic goal to most people. I was met with some ridicule and a lot of skepticism, not only from classmates but even from some school administrators, who didn’t seem to know what kind of guidance to give me. Another factor is that, rather than the booming industry that animation is today, in the early 80s it was in decline. Disney was struggling to find its way, and Pixar and the renaissance that computer animation brought to the industry was still years away. At the time, few schools even offered animation classes, let alone entire animation departments, which are common today. After failing to get into CalArts (arguably the premier school for animation at the time), I went to school at the Cleveland Institute of Art and eventually transferred to the Art Institute of Chicago.

By then, my interest had shifted from animation to video. MTV had premiered just a few years earlier and had opened up an entirely new avenue for film and video production. After graduating, I soon found myself working as a DJ/VJ at a club in Chicago (Berlin Nightclub) which was one of the first music-video bars in the country. They even had an editing system where they created some of their own videos from found-footage and old movies. At first, I didn’t think of it as something that would become a full-time job, but not long after starting there the AIDS crisis began to really take its toll on the gay community. As I and other members of the club scene dealt with the horrific reality of that time, the idea of working at a place where people could come and escape their troubles for a few hours seemed to take on a new relevance. I ended up working there for 13 years. Over that time, I honed my editing skills working on the club’s custom videos, as well as editing more professional projects with a company that I had started working with during my college internship. Through my ties to the club scene, I also got to know many people involved in the Chicago music scene, in particular some musicians involved with the legendary Chicago industrial label, Wax Trax. I eventually produced an animated music video (“Kooler Than Jesus”) for one of the label’s most successful bands, My Life With The Thrill Kill Kult (who would, years later, play at my music-festival themed wedding).

After working on that video, my interest in animation was rekindled, and I started taking animation classes at Columbia College in Chicago. Realizing that animation jobs in Chicago were extremely limited, I decided to finally make the move to California, which I had wanted to do since my high-school days dreaming about attending CalArts. However, after moving here it soon became apparent that breaking into the animation industry wasn’t as easy as I had expected. After a few tough years trying to find my way in LA (as so many people do) I started working in the post-production department of Greystone Communications. At the time, they were one of the leading producers of documentaries for networks such as History and Discovery. Although I had some experience with editing in Chicago, the process of editing had shifted over the years to the digital realm. Luckily, the state of California had a program at the time that paid for classes in your profession. Taking advantage of that, I quickly learned how to use editing software and soon began a full-time career editing television documentaries. Since then, I’ve worked on several series and specials, most recently producing (and editing) my own feature-length documentary.

Thanks for sharing that. So, maybe next you can tell us a bit more about your work?
Perhaps because I’ve been following creative pursuits for so long, I find myself working in a variety of capacities. Although these days I am primarily an editor, I also occasionally create animation, and I often do illustration work (my current project is creating illustrations for a as-yet-to-premiere competitive cooking series). The works which I am most proud of are usually the projects where I’m able to put all of those skills to use. That includes some music videos that I’ve done over the years for LA singer/songwriter Daniel Ahearn and my most recent work, my documentary, “Dear Ike.”

What were you like growing up?
I’ve been interested in art for as long as I can remember. From my earliest childhood, I spent most of my free time drawing or making creations out of the sheets of cardboard that came with my grandfather’s dry-cleaned dress-shirts. I didn’t share an interest in sports like most boys my age, so I was a bit of an outcast. Luckily, I had a pretty supportive family who always made sure I knew that they were proud of my accomplishments. As I moved into my teenage years things became trickier, as I soon became aware that there were other ways that I was different than most kids. I found absolutely no appeal in the idea of dating, going steady, or making out – especially with girls! It would be a few years before I really realized what that meant. I think that struggle was a big reason that, during the early years of my adolescence, I started to really escape into my dreams of becoming a “movie maker.” I developed a pretty elaborate scheme that involved not only creating an animated science-fiction film one day (based on a book that I was writing) but also enlisting the help of a teen-actor at the time (Ike Eisenmann) to help me produce it. 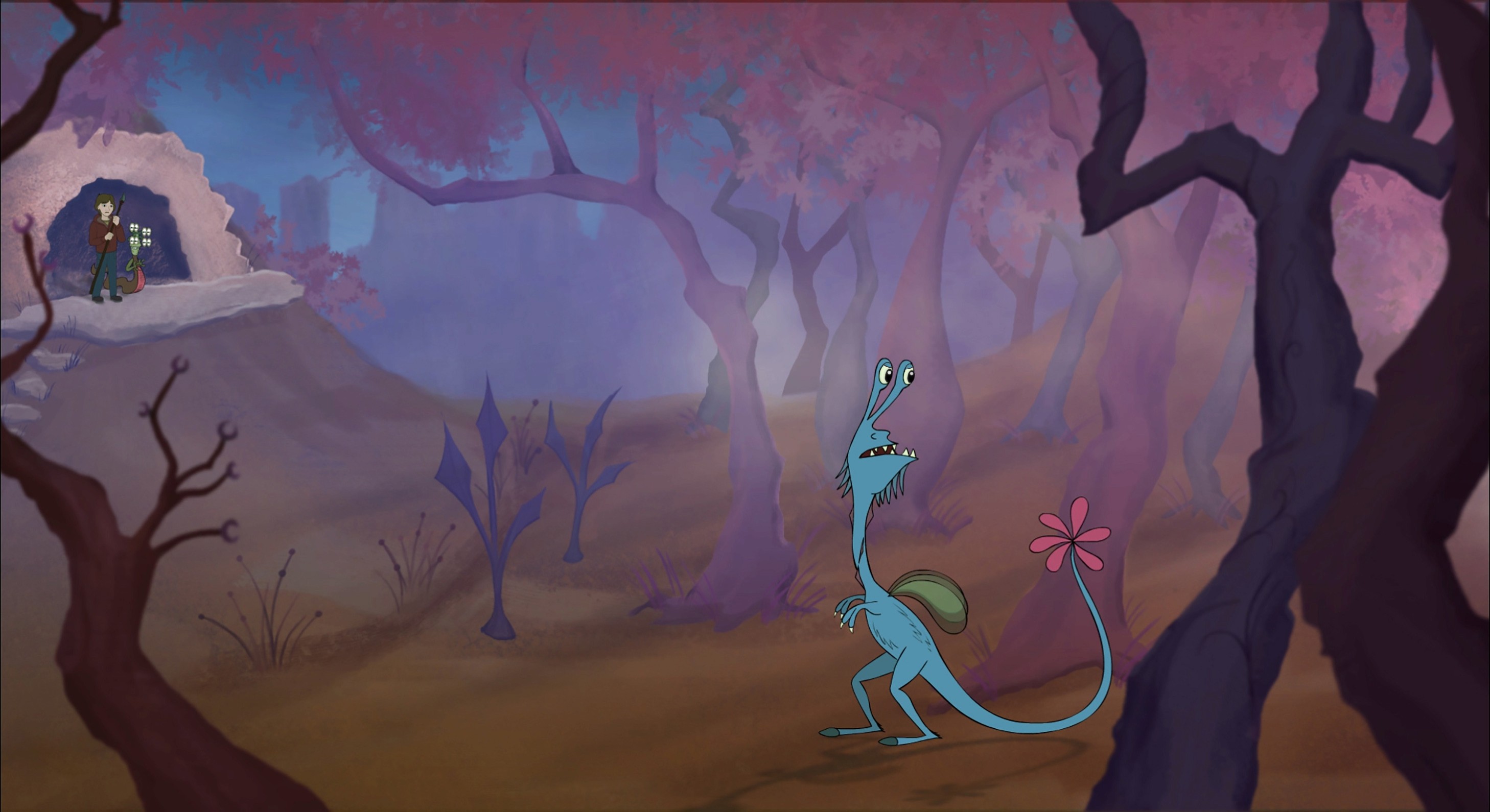 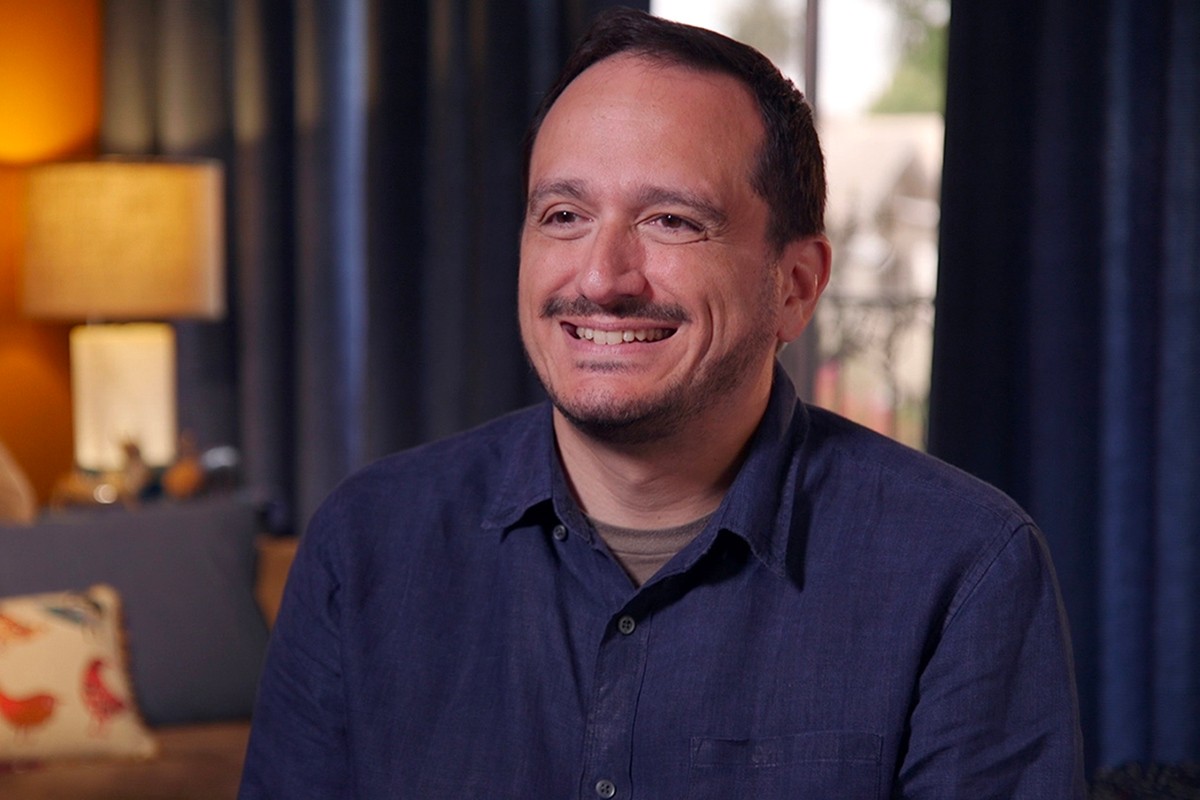 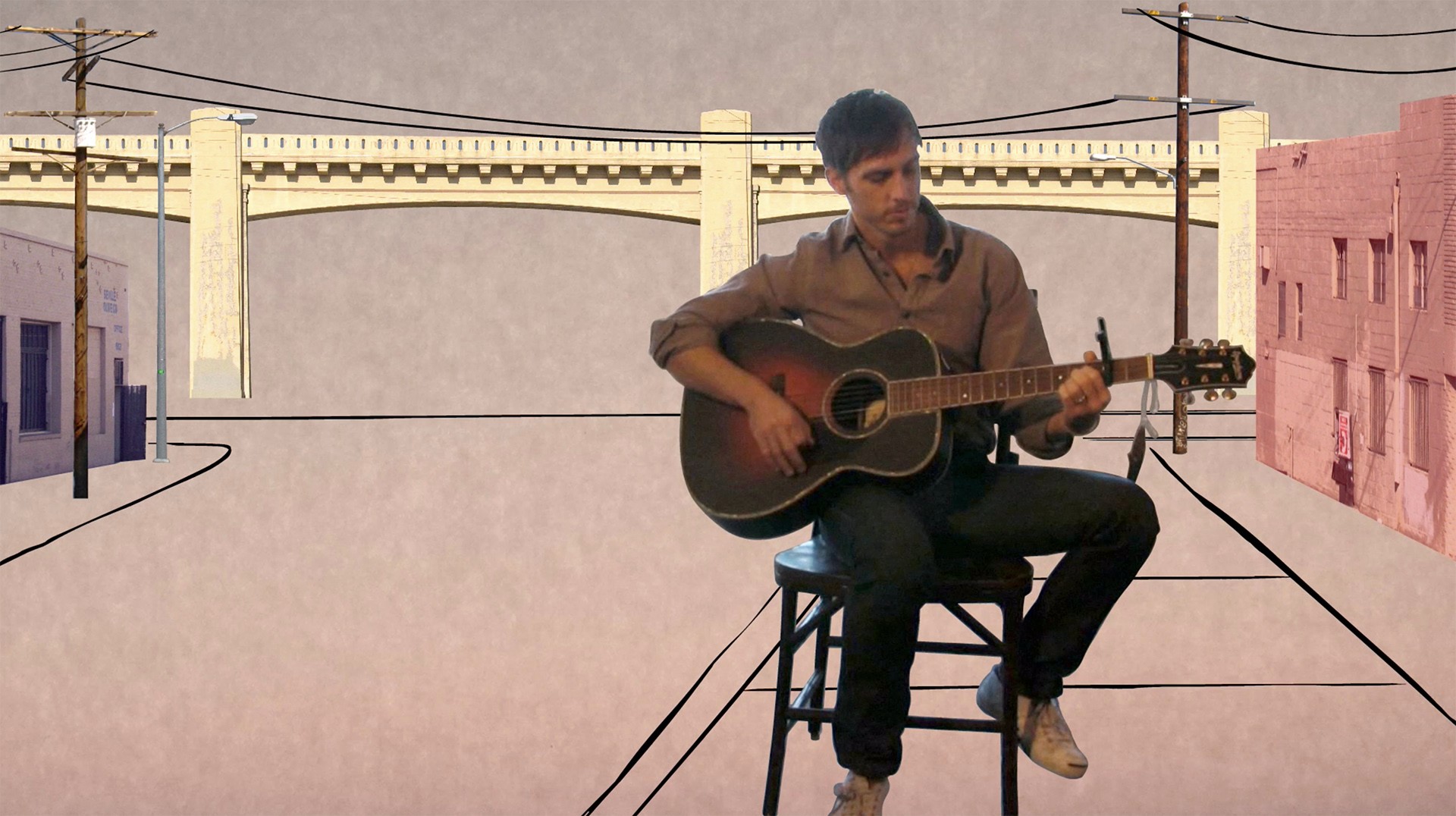 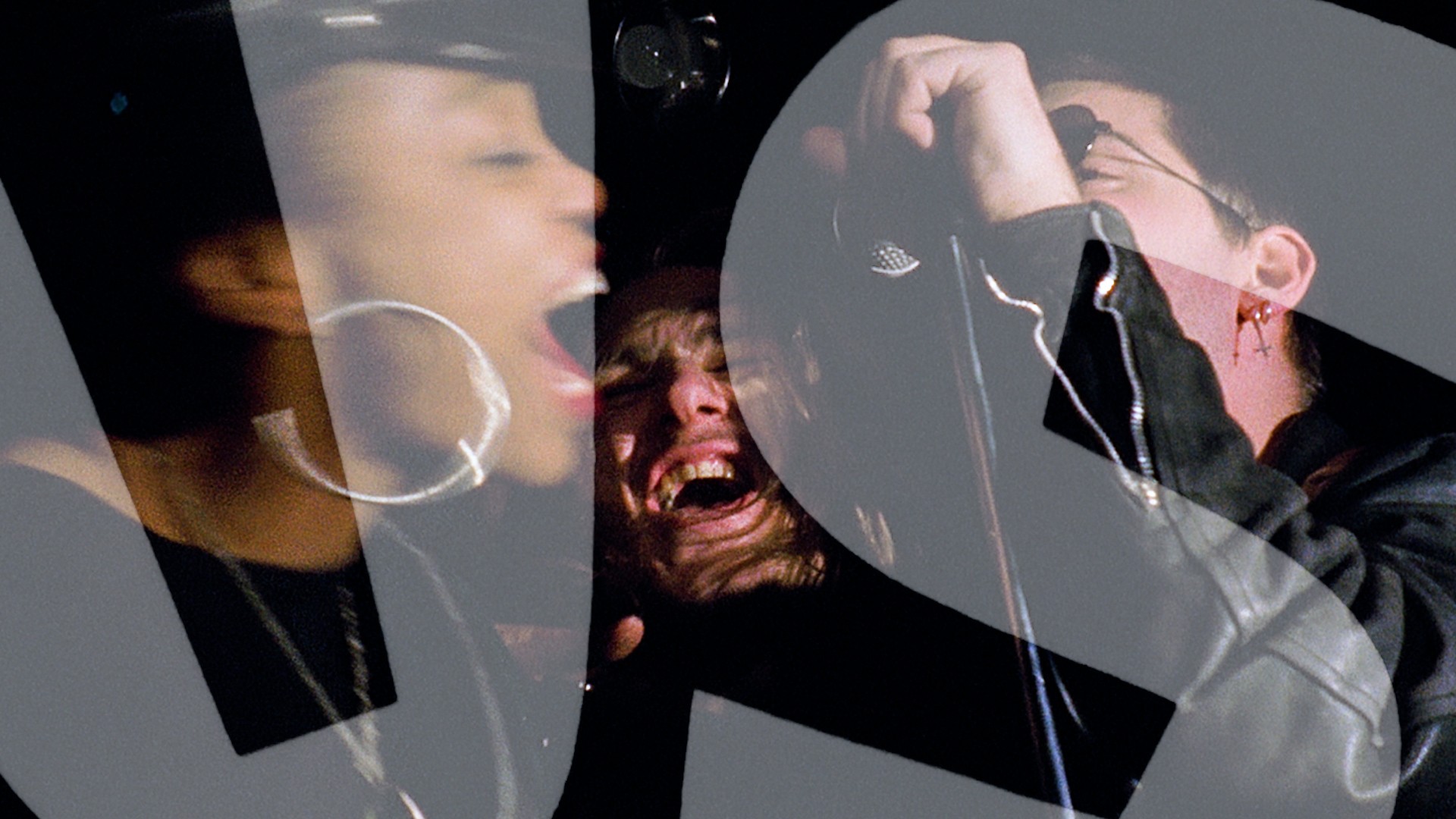 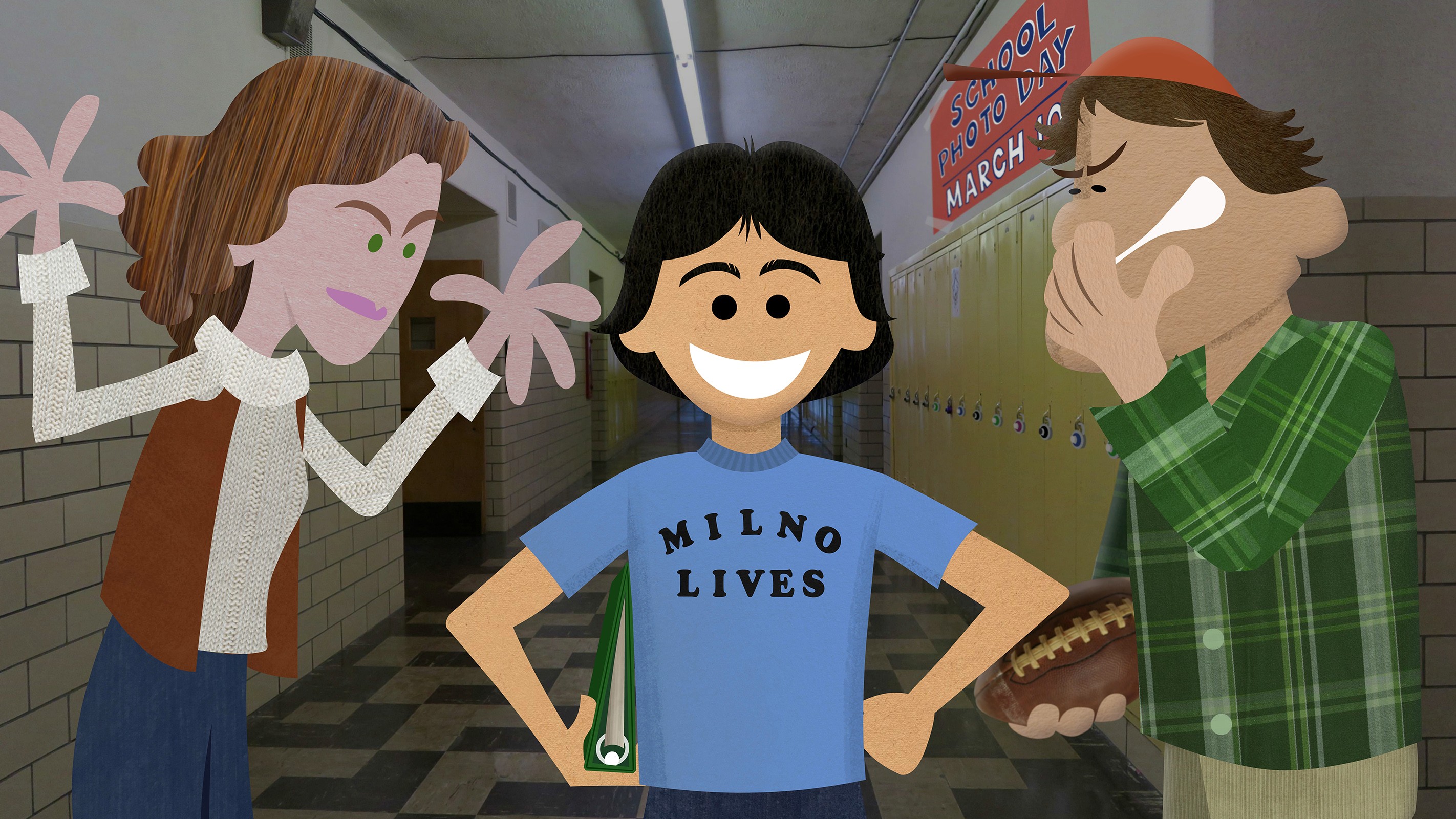