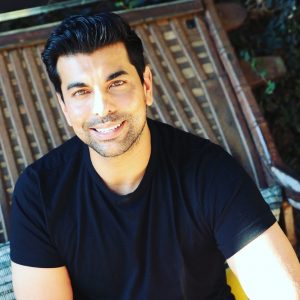 Today we’d like to introduce you to Beverly Hills Entertainment Attorney, Usman Shaikh.

Hi Usman, thanks for sharing your story with us. To start, maybe you can tell our readers some of your backstory.
It certainly has been a long journey getting to where I am today. I came to the U.S. with my family when I was about five years old. I spent my childhood in New Jersey, and like many other immigrant children at the time, learned English by intently watching 80’s classic cartoons! But American television wasn’t my first foray into the arts. My mother was an actress in her earlier years and some of my relatives are even famous personalities overseas. Thinking back, my long running passion for entertainment was in my blood from the start. I did theatre in high school and even formally studied drama during my undergraduate studies at Rutgers University. I even dabbled in some modeling during college and was a main cast member on a reality show on ABC in the mid 2000’s.

Even with this background in the arts, I still felt family pressure to pursue a more “traditional” career, as is common amongst first-generation families. I first planned for a career in medicine before eventually deciding on law school at The University of Pennsylvania, where I also did a study program at The Wharton School. As someone who is always striving for the top, I ended up working on Wall Street as a corporate lawyer at an internationally renowned law firm. Partnership track at “Big Law” is the proverbial road to the top in the legal profession for many lawyers from top schools and is enough to satisfy most. But it wasn’t enough for me. Even though I was working on some of the most newsworthy M&A and IPO deals at the time, I wasn’t satisfied. Something was missing. I needed a change that would satisfy my entrepreneurial spirit and vast array of professional and personal interests, even if it meant going back to square one.

I knew I wanted to do entertainment law and that meant being in the epicenter of show business. So I moved to LA, where I knew only a handful of people, and I entered the Agent Training Program at a Top 4 Talent Agency (which, believe it or not, has a lower acceptance rate than Harvard!). In reality, what this meant was pushing mail carts up and down the agency, answering phones for talent agents, spending weekends reading scripts, and working long hours for little pay. It wasn’t easy giving up my cushy Wall Street job with a high salary and my own assistant to go work as an assistant for minimal pay at a talent agency. But as an outsider with no connections in Hollywood, there was no other way to get myself in the door and I was ready to do whatever it took.

It was difficult enough starting over but add to that being Middle Eastern with a name like mine and all of these difficulties compounded. I know it must be hard to believe, but at the time, inclusivity and diversity were not really things people talked about or even promoted in Hollywood. A senior executive at the talent agency even suggested that I change my name to something more “American”! However, through sheer perseverance, I started moving up through the ranks, but just as I was hitting my stride, the economy went through a downward shift, affecting the entertainment industry particularly hard. This made me reassess my standing within the agency and the entertainment industry as a whole, which led to the realization that I need change once again.

It was at that time that I decided to nurture my entrepreneurial side and, using my legal background and entertainment experience, started my own law firm, Usman Shaikh Law Group, or as most people know it today, U.S. Law Group.

It was good timing because, as a direct result of the recession, there was paradigm shift in the legal profession. Clients still inevitably wanted high-level legal services, but not at the obnoxiously high hourly rates traditionally charged by law firms at the time. With U.S. Law Group, a streamlined and innovate law firm, I was able to market my law firm as providing high-quality legal services in highly specialized areas of law, namely entertainment and corporate transactions, at affordable and flexible fee structures.

Over the years, U.S. Law Group has expanded with the addition of senior-level attorneys and bicoastal offices in Beverly Hills and New York City while still maintaining the level of care and attention of a boutique law firm.

It’s not all work however, there are plenty of other perks that come with being an entertainment attorney. Whether I’m walking down the red carpet for the premiere of a film that our law firm helped finance, bringing Tyga and Rick Ross to play their first concerts in Saudi Arabia, sitting ringside with Chuck Liddell and Lennox Lewis for a boxing event sponsored by a client, or having VIP backstage access to a major music festival I helped produce, I get to use my legal training to satisfy my entrepreneurial spirit, all the while doing it on my own terms!

Would you say it’s been a smooth road, and if not what are some of the biggest challenges you’ve faced along the way?
There have been plenty of obstacles over the years, but all of them have developed me into who I am today. I’ve already mentioned the challenges of leaving Wall Street to pursue my dreams in Hollywood and then again leaving a top Hollywood talent agency during the last recession to start my own law firm.

In 2020, as I was exploring more opportunities for U.S. Law Group abroad, the COVID-19 pandemic and subsequent shutdown put everything on hold. Not just for us, of course, the pandemic has had a profound impact on all of our lives, both economically and emotionally. We have seen the impact on our clients, many of course in show business where productions came to a screeching halt worldwide, but also our corporate clients, such as restaurants or businesses that rely on the food & beverage industry. Over the last year and a half, we have helped our clients acclimate to this new climate, whether that be navigating various disaster relieve loans or understanding new laws affecting evictions during the pandemic.

While it has been a struggle for everyone, with the end of the pandemic in sight, we are excited for what this year and beyond has to offer. With everything on hold in much of 2020, we’re now gearing up to do production legal for numerous projects around the world, including the Dubai Expo 2020 (which was delayed for over a year because of the pandemic), a music festival in Latin America, a boxing/MMA event in Abu Dhabi, concerts in Saudi Arabia (where I previously brought rappers Tyga and Rick Ross for their first-ever live performances in the once closed-off kingdom), a theme park in China, and, of course, film and TV projects in Hollywood.

Great, so let’s talk business. Can you tell our readers more about what you do and what you think sets you apart from others?
My law firm, U.S. Law Group, is a boutique bi-coastal firm that focuses primarily on film/TV production legal, live events including sporting events, concerts and music festivals, exploitation of various forms of intellectual property, and corporate transactions like Venture Capital, Private Placements and M&A.

We have provided legal services to over 30 film, television and digital projects in just the past 5 years; and have also played a part in Saudi Arabia’s historic opening of live entertainment events, having facilitated bringing American music artists for their 2019 Jeddah Seasons concert series. In addition to our entertainment practice, we are well experienced in corporate transactions and have a robust client list of startups, small- to mid-size businesses, and multi-national corporations. Many of our corporate clients are innovators, disruptors and thought leaders in their respective industries. You can see a representative list of our corporate clients on our firm’s website.

With the pandemic reaching its end, production legal for live events has been kicking into high gear. For example, after a year hiatus, our client Ondalinda is bringing its amazing music and arts festival and celebration of the magic of Mexican culture back to historic Careyes, Mexico in November. Across the ocean, we’re very excited about what this year has in store for our clients in the Middle East. We’re currently in discussions with various private and government entities in the UAE to provide talent for the much anticipated Dubai Expo 2020, which has been delayed for over a year due to the COVID-19 pandemic. In fact, just earlier this year I was in Dubai preparing for some major upcoming events, so be sure to keep an eye out for that! 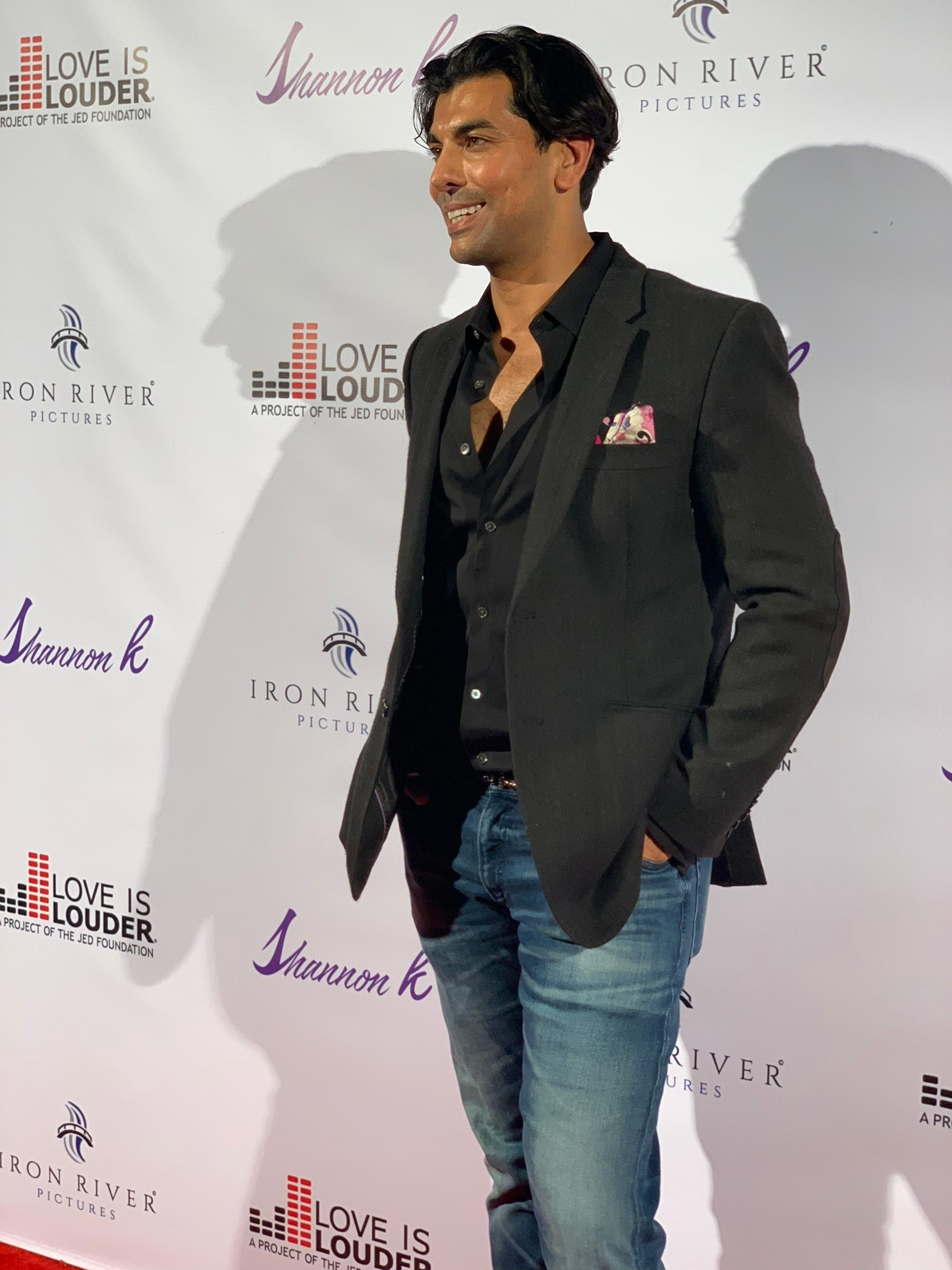 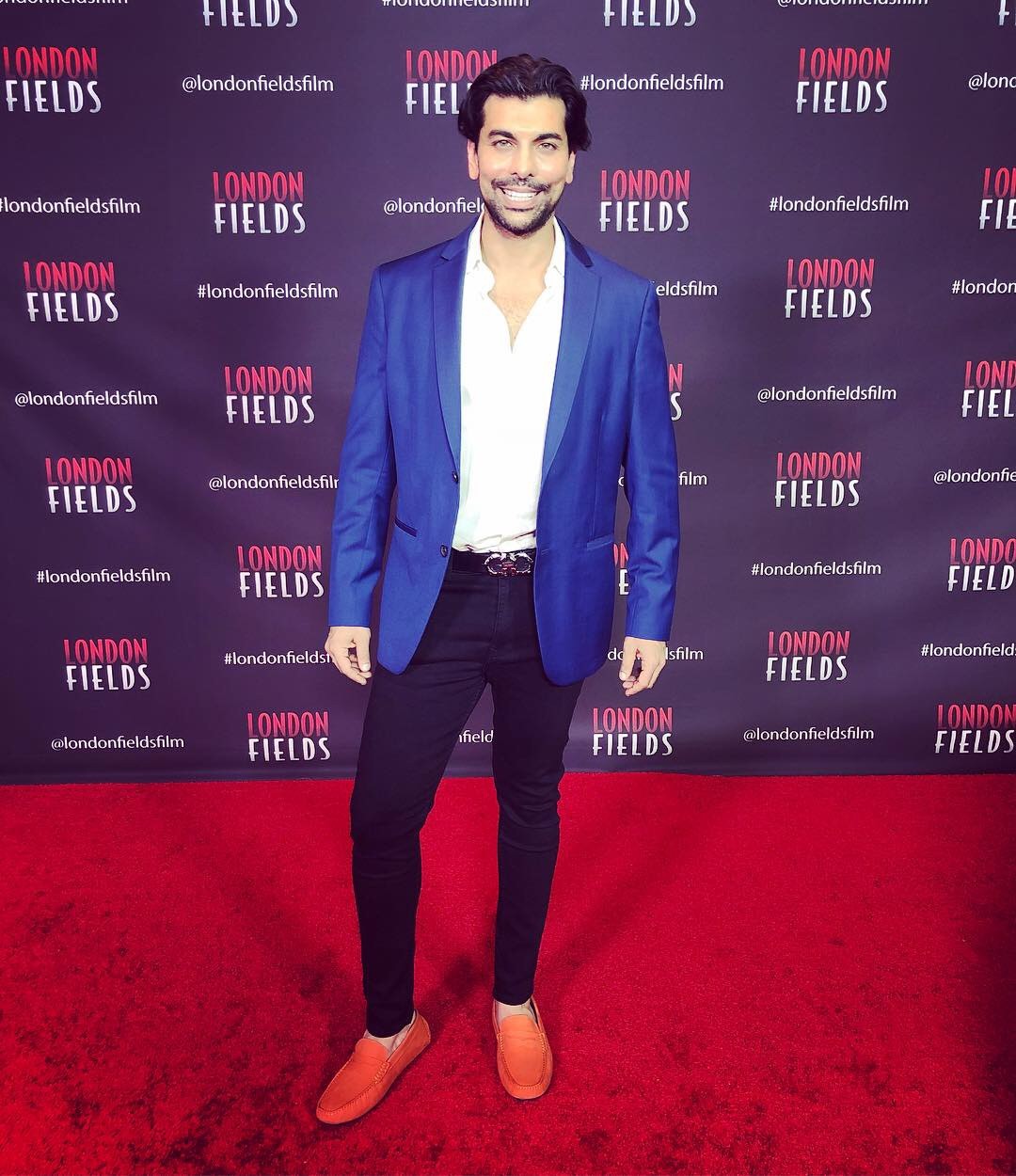 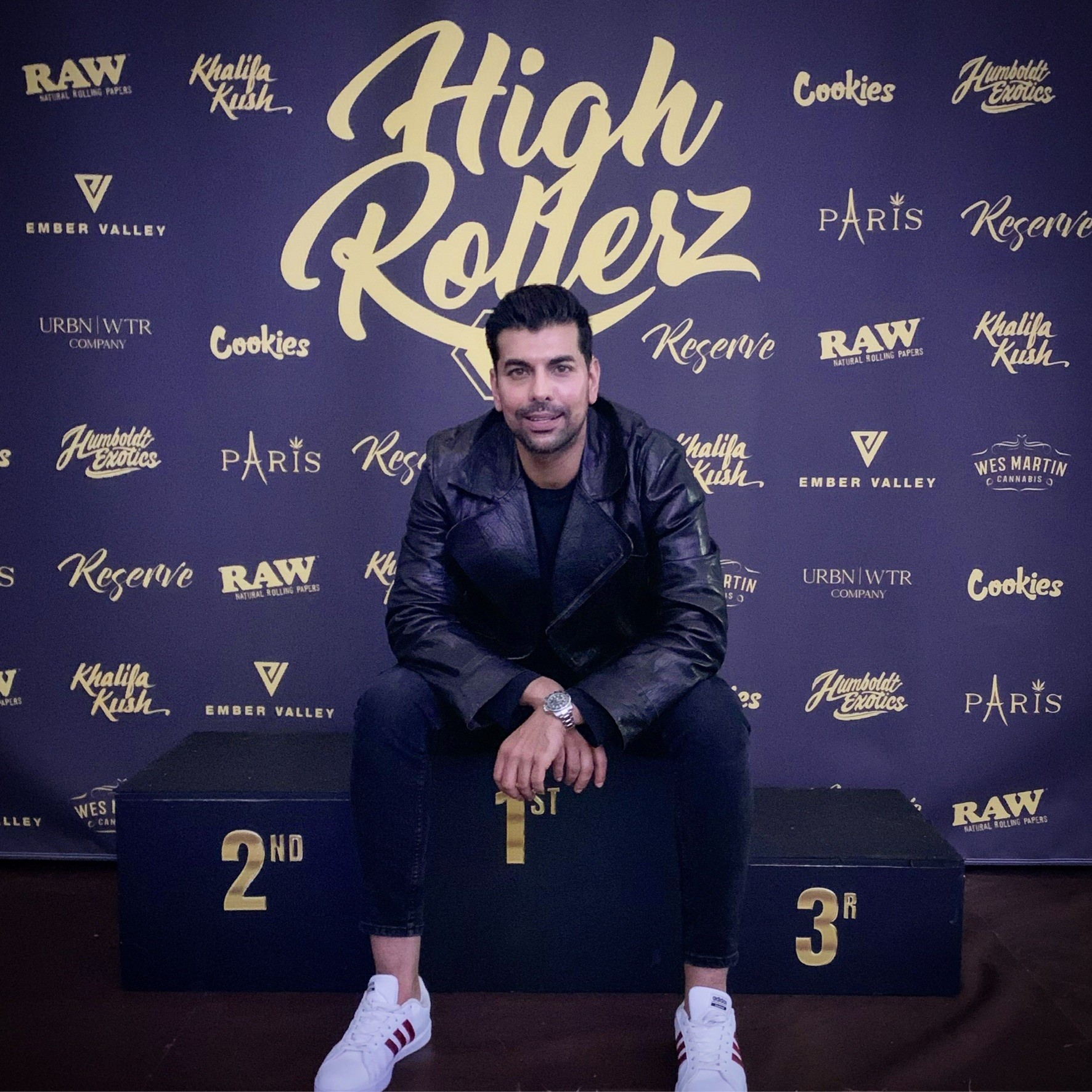 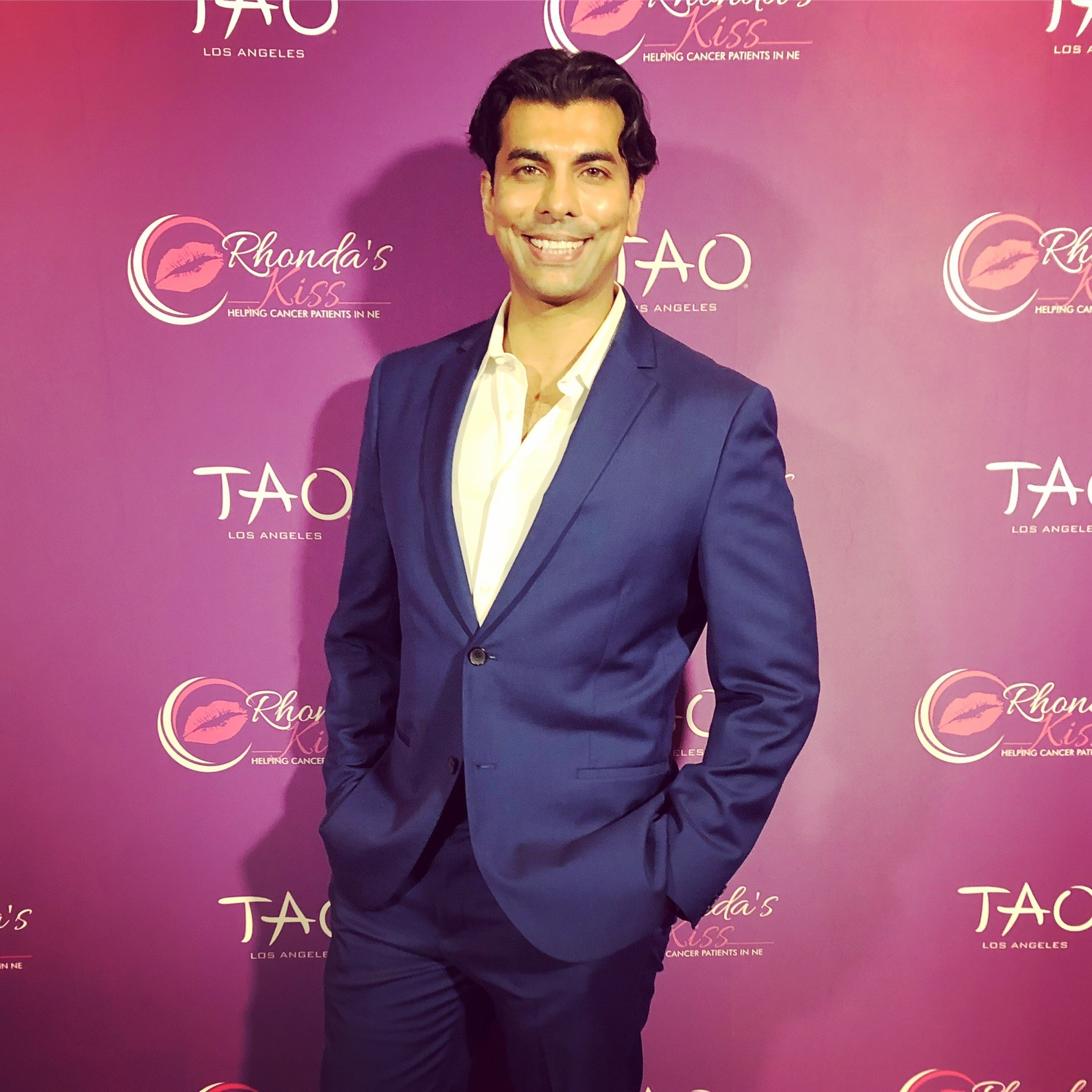 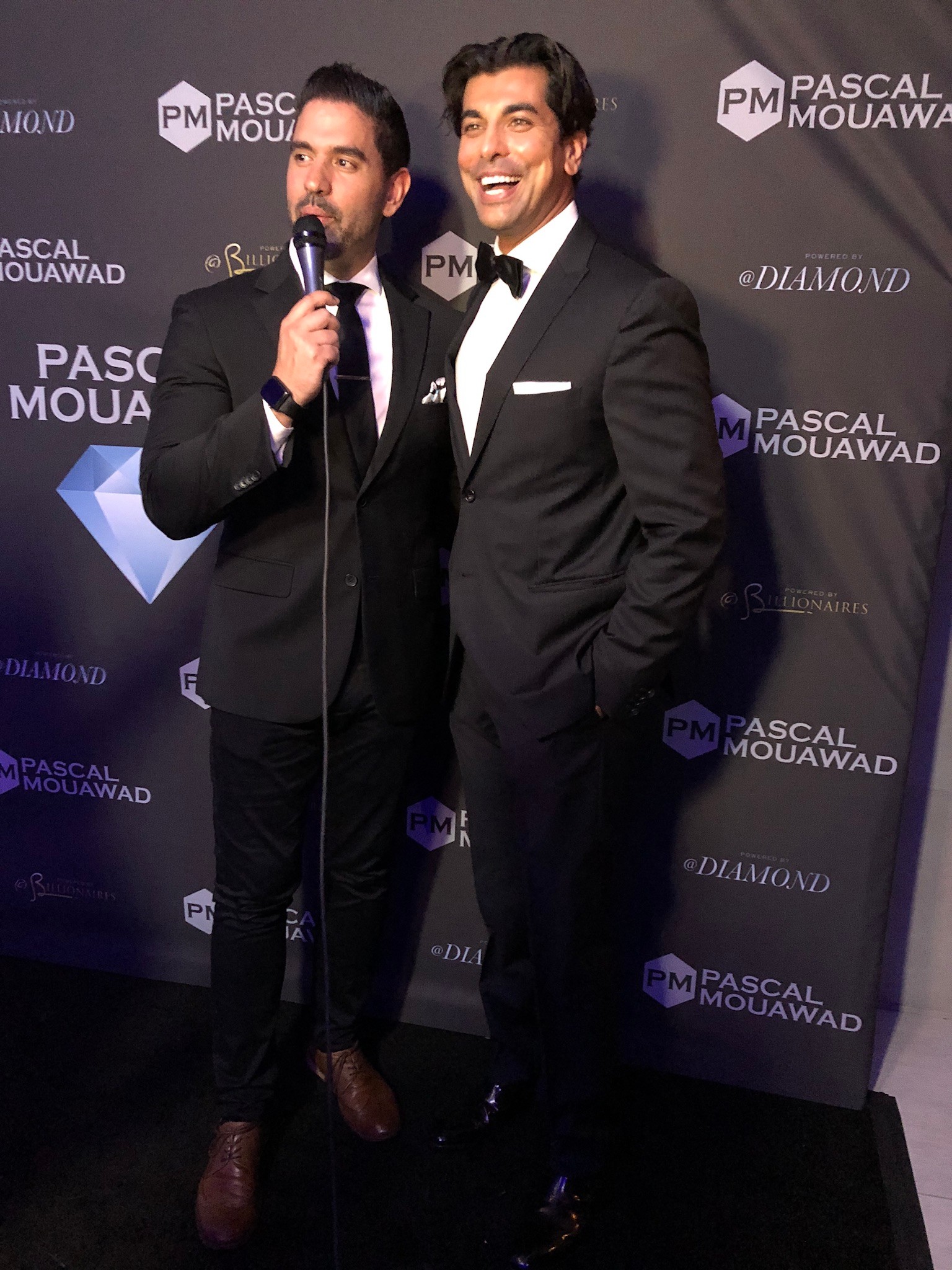 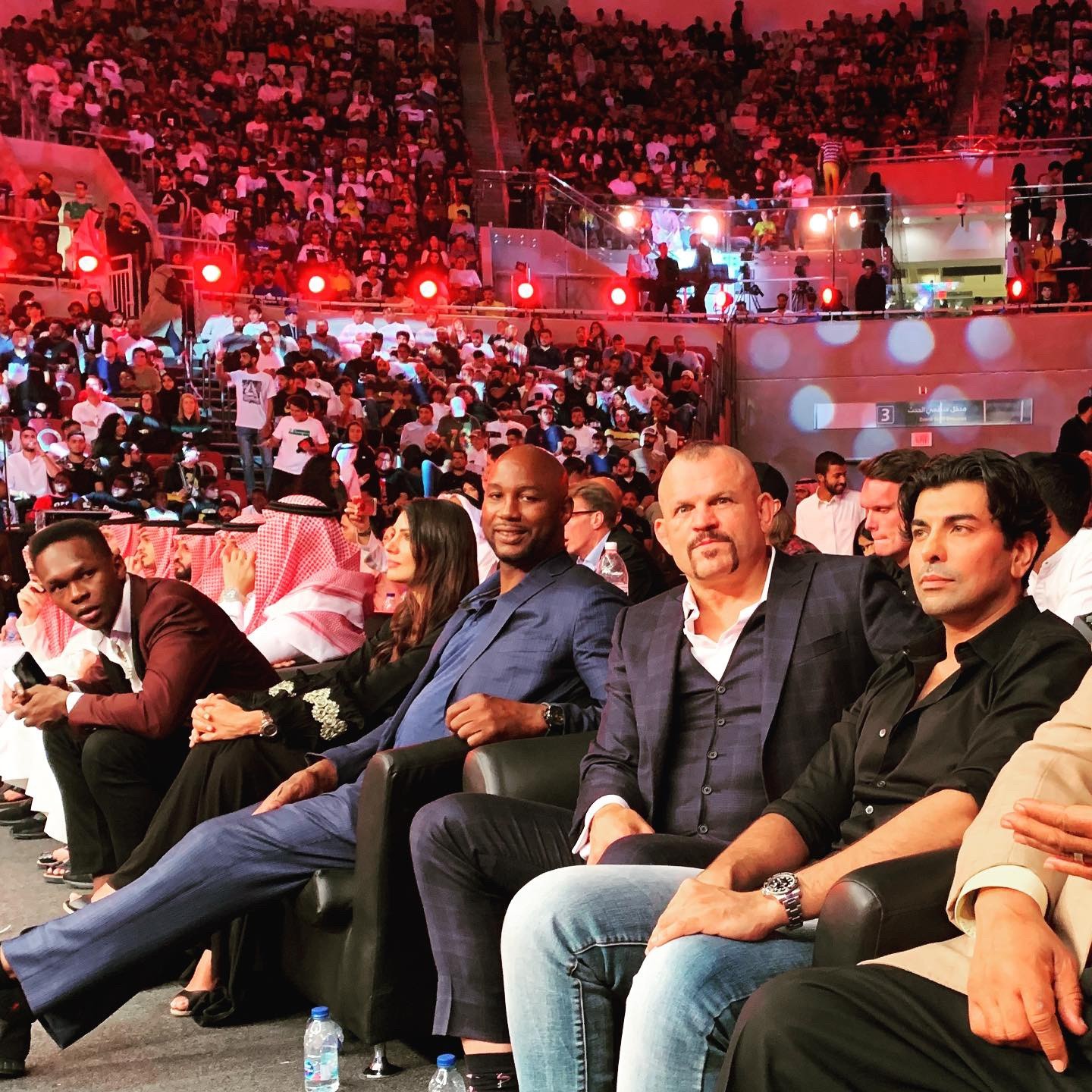 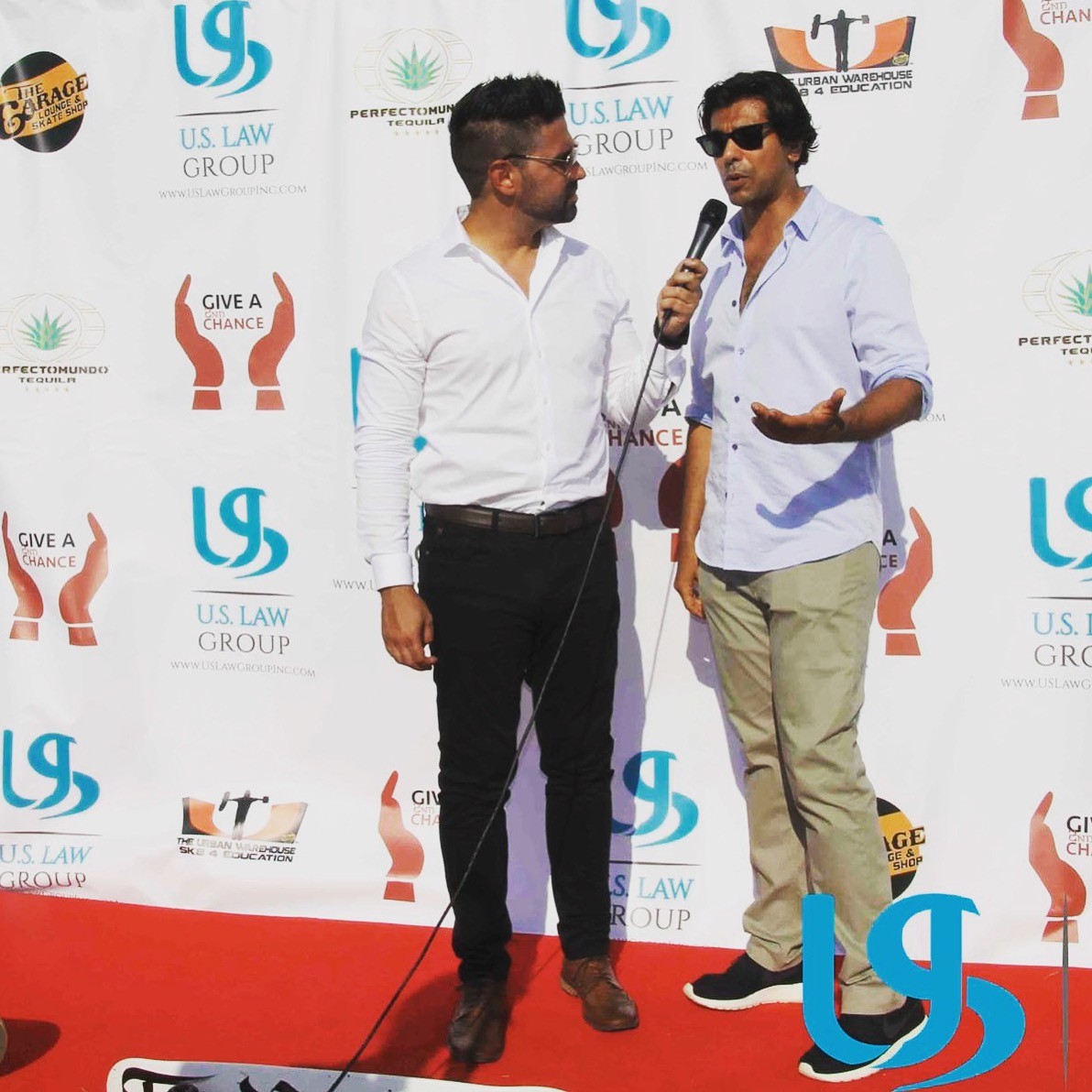