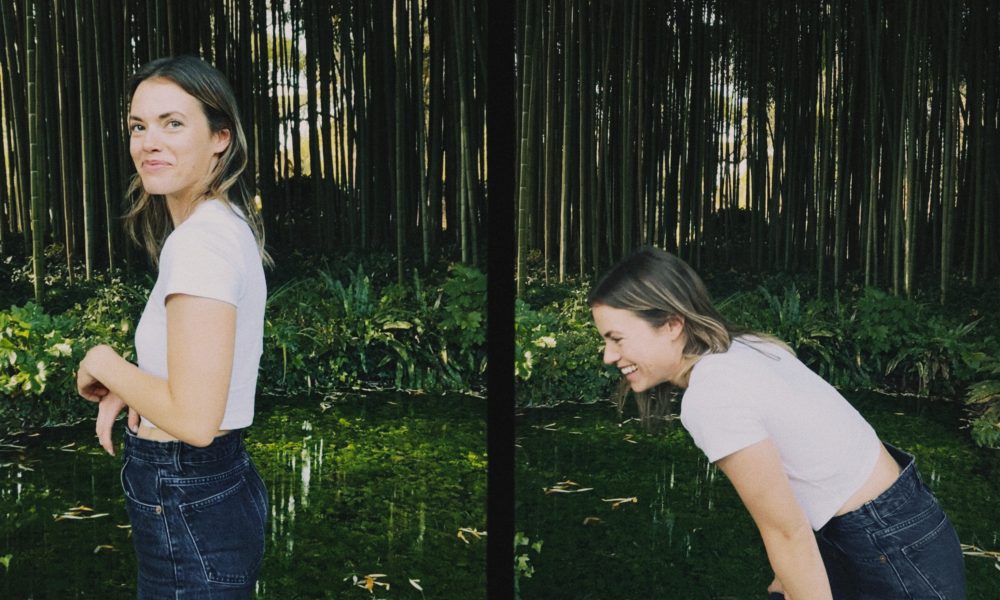 Today we’d like to introduce you to Nicole Eckenroad.

Hi Nicole, thanks for joining us today. We’d love for you to start by introducing yourself.
It’s difficult to choose a beginning. My instinct is to jump right into all the childhood trauma, the coloring contests I won and my Kindergarten teacher, Mrs. Kreiter, who was the first person outside of my blood family to gush about my artistic talents. That was the beginning of ego. Countering that, I had a father who was instilling fear, shame and rage. I was the shyest kid. I had a lot of trouble relating to other kids and stuck to drawing and Disney movies. When my incredibly brave mother ended the marriage, she enrolled in a community college with a plan to become an accountant so she would have a chance at providing a stable home for us. We lived with our grandparents for a year and I feel like we never saw my mom because she was working multiple jobs and going to school, but I have a terrible memory—my brain dumped everything into a vault just to make sure we don’t come across some really bad sh*t. It took my mom seven years to get her degree and we got to watch. I escaped with art. I can see that voiceless three-four years old version of myself sitting on floors, drawing in little hiding spots, obsessing for perfection—trying to understand the truth of everything I could see in my three-foot-high world and learning how to manage abuse.

I was a shell of a young woman but a really great oil painter. I had scholarships for the best art schools, but I had secret dreams of ditching that and becoming a writer-actress post-Mean Girls. I couldn’t afford to go to school in New York, which I felt cosmically drawn to—I did all school reports on The Statue of Liberty, my first crush.

I came across Temple University in Philadelphia. They had fine arts AND film, so I could go under the guise of “undecided,” only to officially enroll in Film and Media Arts. Temple University changed everything for me. I was dying to flip everything upside down and feel weird and uncomfortable. I was really focused. I had my first job at 14—because I told them I was older—and I worked as much as I could through high school and continued through undergrad. It was very convenient for me—that way, I could support myself but also avoid social interaction. In my freshman year, I was assaulted by a “friend” and I was done with everyone. I set out to get mine by working relentlessly towards a height of success at which I couldn’t be touched anymore.

To really answer the question, I was an art department assistant and then a graphic designer/art director for films in New York for about a decade while I made my first feature—I embarked on that journey out of sheer determination and also extreme naivety at the age of twenty-four right after wrapping Inside Llewyn Davis. I did not sleep for years after I started that feature. I worked 10-14 hour days and then stayed up to make it because I was determined to do it on my own—I wrote, directed, starred, produced, production designed, edited, color-corrected, self-financed, and sold that thing. Actually, “sold” is a dramatic overstatement—please go rent it, I’m still in the hole. It’s called Leave Yourself Alone. It’s a dark, subtle, verité mock-doc that watches a twenty-something attempt to escape the isolation of her sexual trauma through film roles. I challenge men to understand it but don’t be mad at me if you don’t, you know? Unless you’ve been through it, don’t be mad. I then was invited to direct one of seven short origin films for the Twilight Franchise in partnership with Stephenie Meyer, Women In Film, Lionsgate, Facebook and Volvo. That was an incredible opportunity and the hardest filmmaking challenge I’ve taken on yet because of the pressure of delivering to “Twihards” around the world. The writer—Sarah Turi Boshear—and I slipped in some social commentary and I directed it with a sense of humor, but with respect to the things that mean so much to the fans.

At around thirty, I became the Second Graphic Designer on Steven Spielberg’s West Side Story, which comes to theaters on December 10th. Pay attention to all the signs on the streets and forget about the dancing. I’m kidding. Please take it all in, but the art department killed it.

Also at thirty, I flipped the world upside down again—does that mean it’s right-side up now? I applied to AFI Conservatory thinking, “I’m not good enough and I can’t afford it, don’t waste your time, you’re too old.” To be honest, I hit so many walls, and I hadn’t tried this before so I wondered if it was a ladder. I made a short film for the application—they had everyone do it on cell phones to keep it even and that worked in my favor. Mine is called COHAFI, and it’s the film my agent sends to everyone. It was the one time I didn’t overthink it and trusted my gut, and it is one of my favorites. Conveniently, the film I am the most proud of at the moment is the last one I completed, called YOU. It was a collaboration with Bryce Holden, a Cinematographer from AFI, that we shot in two days on 35mm film during COVID and it has been getting very moving responses from people—I am proud that it connects with other people’s hearts and helps them understand and process a relatable experience that words haven’t helped them with. I’m proud that it helped me process too. That’s out of the way, so now I can move on and make more art—deal with some other stuff with people.

As you know, we’re big fans of you and your work. For our readers who might not be as familiar what can you tell them about what you do?
Nihilism? Rebellion? I’d like to think that in the past few years, I’m starting to become known for my pairing of kinetic energy and rich immersive visuals with raw vulnerability and my ironic and dark, self-aware sense of humor. Let the people decide. I’m a queer woman and that’s in my work. Thematically, I dig deep into myself—sadness and pain that I have to be very careful with, but I go to the edge, like my own savage bully and it’s sometimes too far for me to be okay, but I get into a place where I think it’s all worth it for this beast that honestly, doesn’t feel like mine—I will just be a vessel for the thing that’s bigger than me and includes many other artists. I forget to eat, the signals to my bladder shut down, and I could care less about the lack of sleep. It’s not good, I’m just being honest. My honesty and my courage to chase fear are maybe the things that make me a bit different. What really sets me apart is the book of circumstances that make up my point of view. Even if I say that the films don’t feel like mine, they are mine and ultimately come through one lens, but I do my best to leave ample space for other perspectives in the way I write the films.

So maybe we end on discussing what matters most to you and why?
Umm… love. I don’t know how that happened, but I love a lot. I think about people and how they are who they are and like a sucker, love the entirety of most humans for having to go through life. I’m okay getting hurt—if I can still give love, things are okay. If that comes through in things I make, we’re doing really well. 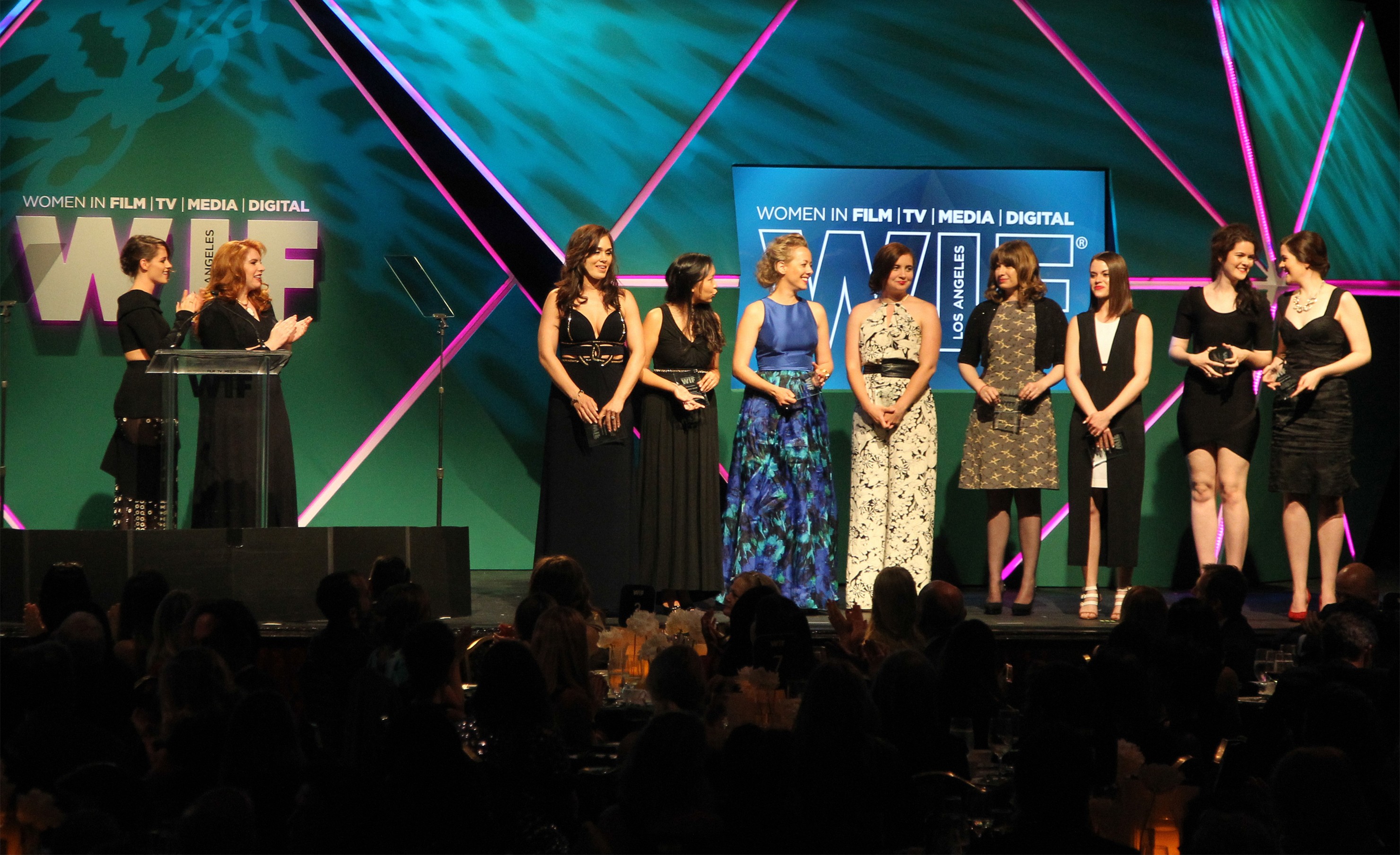 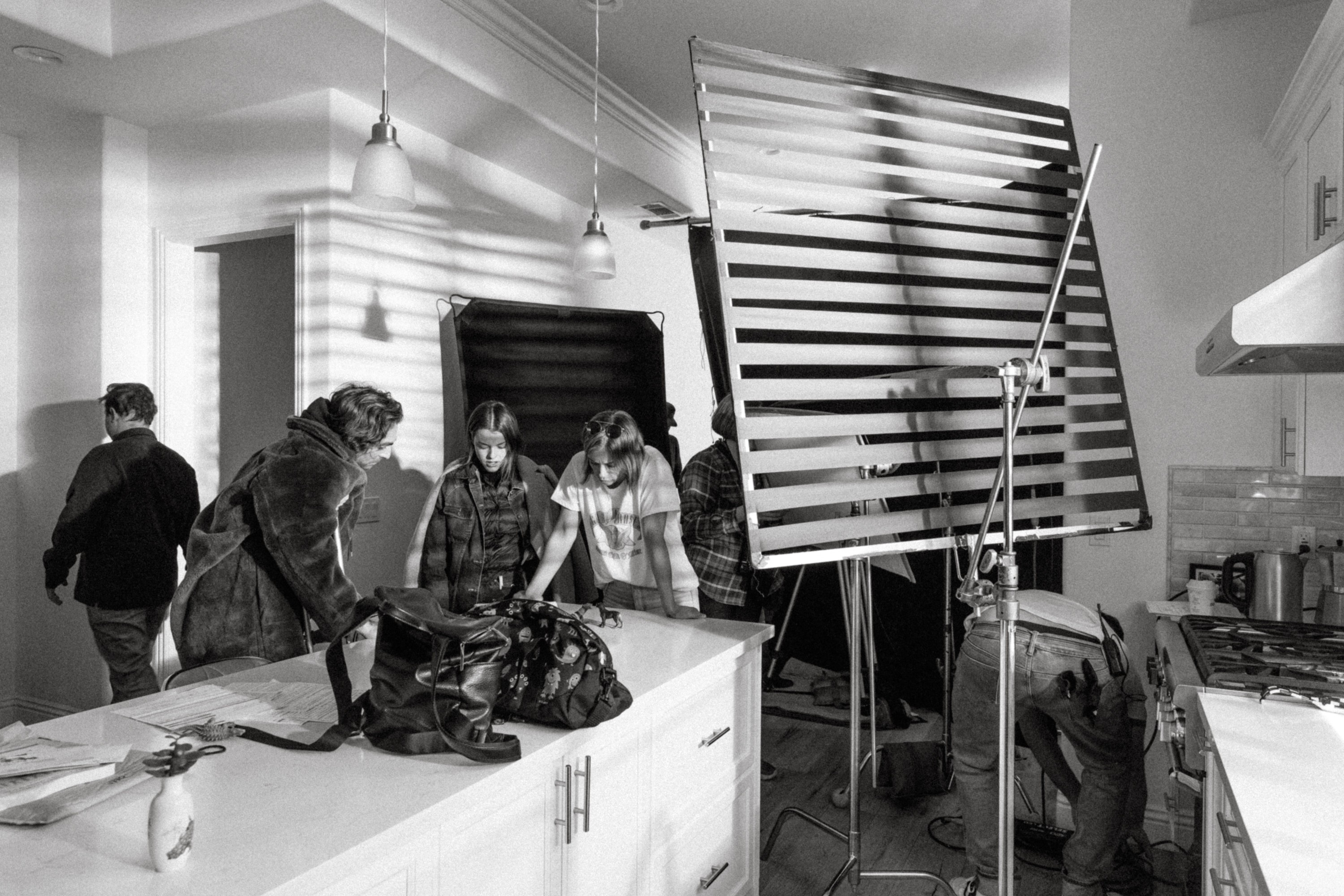 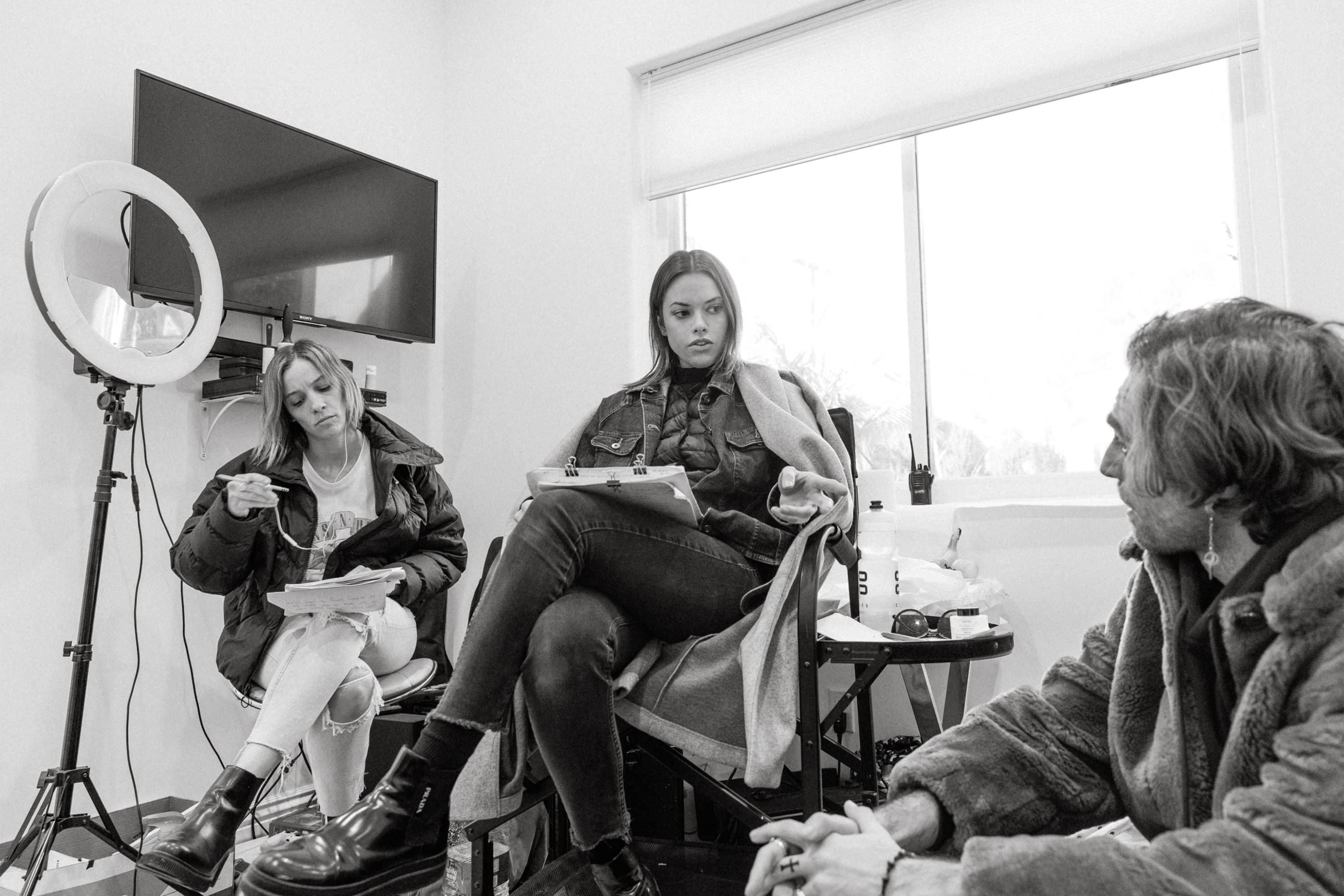 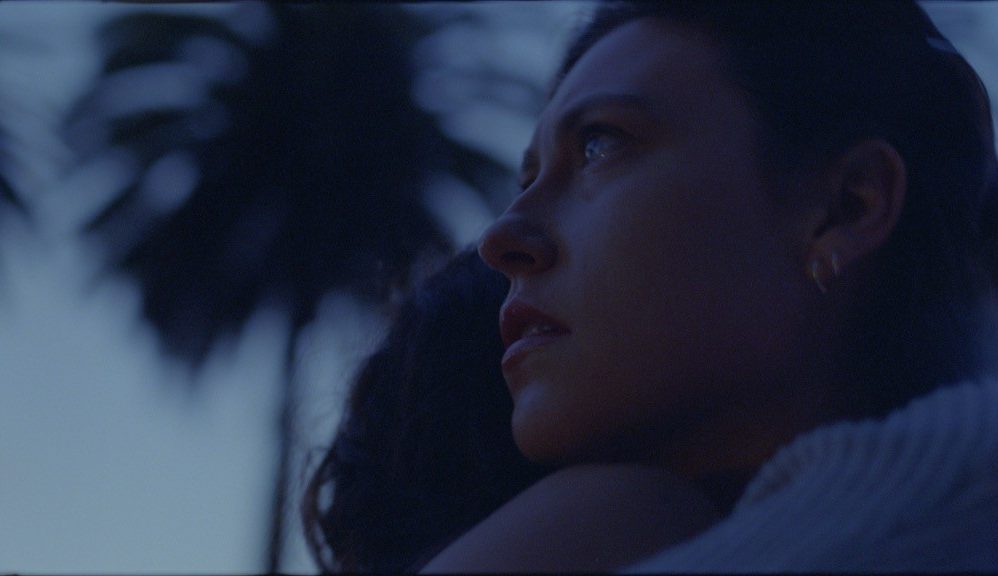 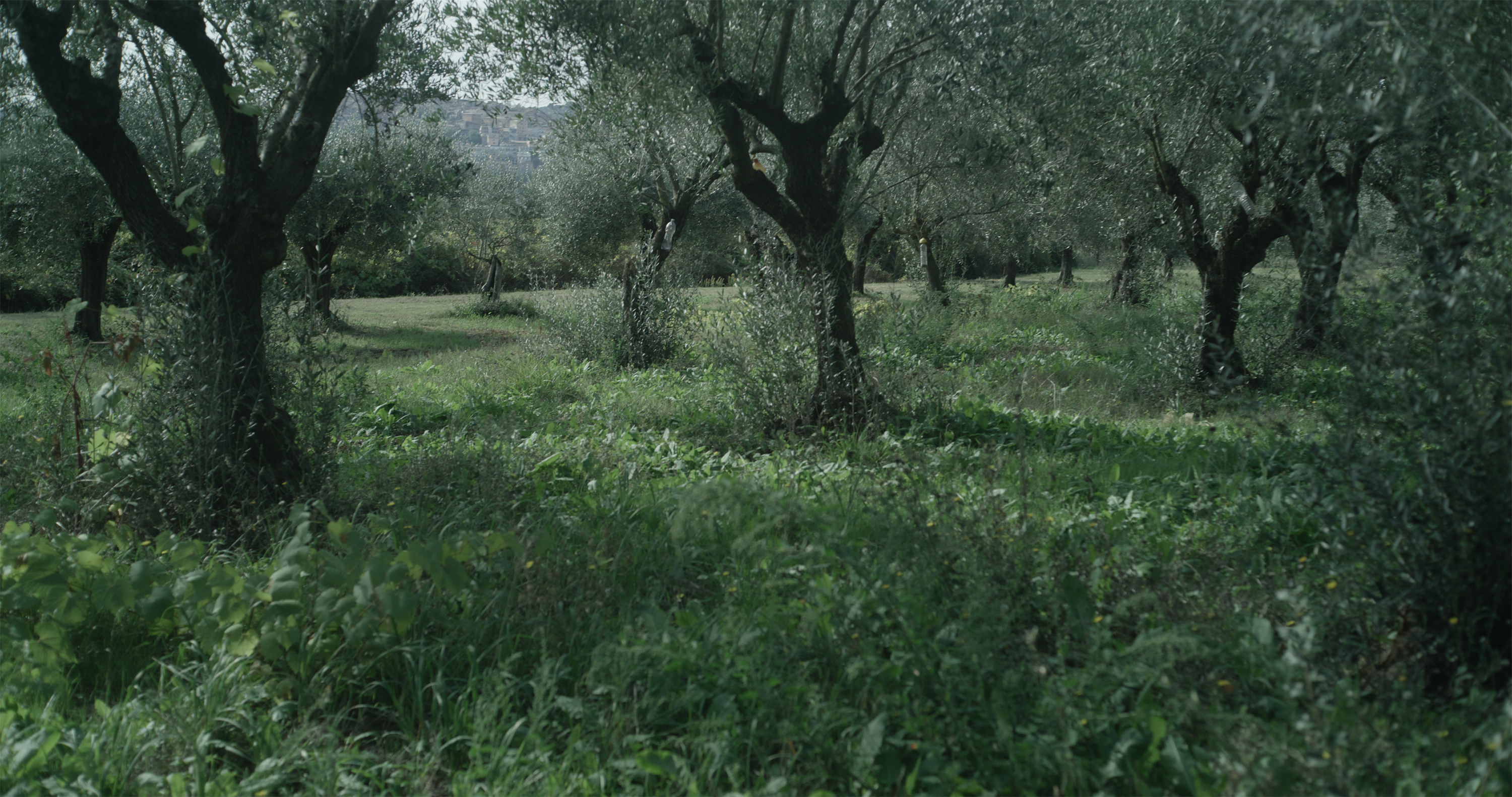 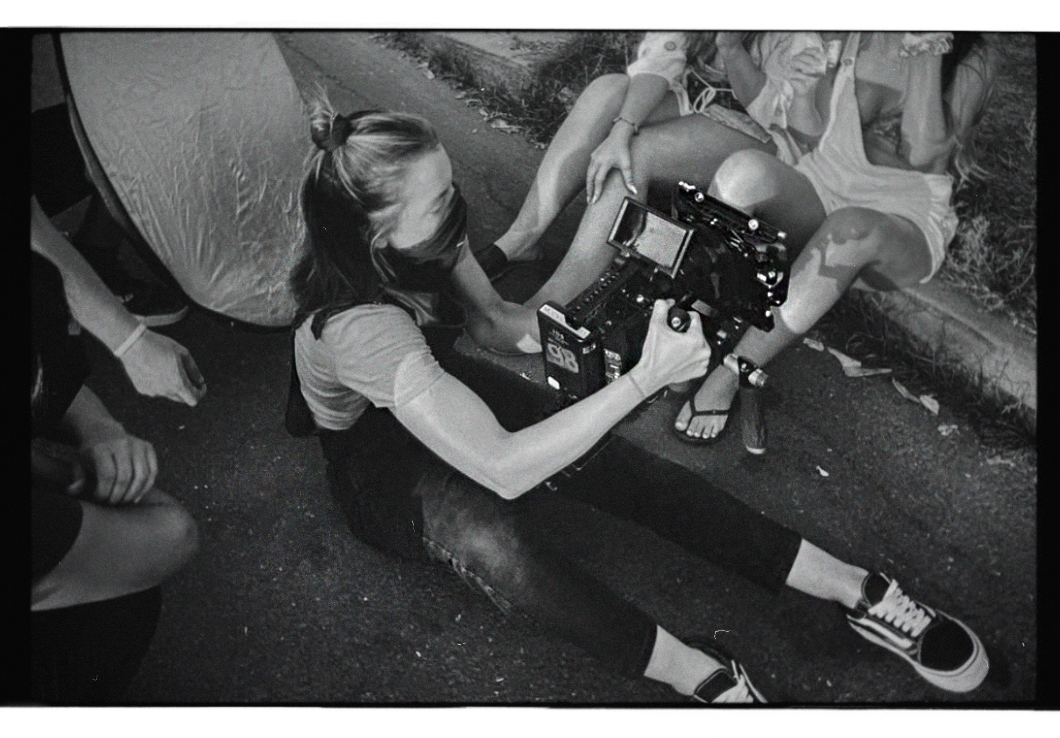