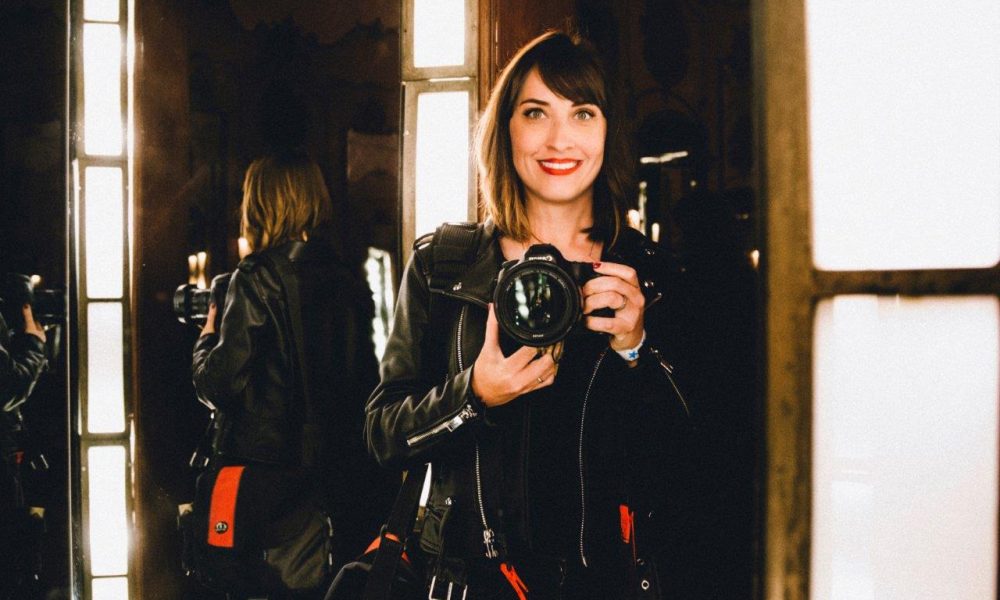 Today we’d like to introduce you to Michelle Shiers.

Alright, so thank you so much for sharing your story and insight with our readers. To kick things off, can you tell us a bit about how you got started?
Although I didn’t get into music photography until my late 20s, in hindsight, the framework was always there. As a teenager, I started getting more and more interested in music and going to concerts. At that time, I carried around a crummy little point-n-shoot film camera, constantly taking photos of my friends and some of the bands at the school. I started ripping the lining of my purses and sneaking little cameras into shows because I really wanted my own photos of the concerts I was going to. Most of them came out pretty terrible, but they were mine. Eventually, I went off to college and stayed on course to study psychology, all the while going out and buying loads of music magazines to read about new artists and marvel at the shiny photographs.

Around 2009, I moved up to LA from San Diego to live with my now husband. He was in a band then and when they would go into a studio, rehearse, or play a show, I was handed a DSLR and given the freedom to play around with it. I absolutely loved doing this, especially with a nicer camera and zero pressure, but it wasn’t until 2012 that a good friend suggested I start my own blog. Not long after that, I realized photography was more than just a hobby; it was real passion of mine finally being given the chance to poke its head through.

Music has served as the backbone for most of the discernible moments in my life and so it was obvious that focusing specifically on shooting musicians and contributing to that scene with photography gave me an immense sense of purpose. I suppose opportunity defines why someone gets into music photography and for me, I simply wanted opportunities to capture the musicians I admired, discover new artists, and have a chance to be acknowledged and valued in a way not everyone can.

My little blog opened the door to do some work with veteran music video director Paul Boyd whose encouragement and support got my photography in front of Dave Stewart of the Eurythmics.  I got to do portraits and BTS photography for them both which was a pretty remarkable way to start a path. It also helped me to shoot a few shows for a couple of smaller online publications until I was welcomed to shoot and occasionally write for Buzzbands.LA. Luckily for me, and with his finger firmly on the pulse of the LA music scene, Buzzbands editor Kevin Bronson entrusted me with so many memorable photo assignments that helped push my portfolio and experience (and sometimes my staying power) further than I’d ever expected. Since 2015, I’ve been the occasional house shooter for many of the locally-renowned indie venues under Spaceland Presents and, for the last three years, the main house photographer for Greek Theatre. Unsurprisingly, shooting for the Greek Theatre has been a huge achievement and every night spent there is nothing short of remarkable. Since it’s an open-air theatre, I get to literally look up and count my lucky stars. And most nights there, I do.

We all face challenges, but looking back would you describe it as a relatively smooth road?
The road definitely hasn’t been smooth and I could spend days sitting around ruminating on all the different struggles of being a freelance music photographer. All of the more challenging experiences can be subsumed under a blanket of lack of regard for the art and artist, I think. I have to keep an awareness that the landscape of photography, especially music photography, has changed dramatically. And truthfully, I haven’t been in it long enough to even know what it was ever really like before everyone had a camera in their pocket and a scrolling audience of their own.

For me, I know it has often felt like fighting off imposter syndrome while fumbling toward a bygone goal in a line of work that is sometimes teen-screaming fantastic and sometimes head-bashingly disheartening.

Eventually, my internal compass always points me back on track reminding me to stay in that inspired space where I simply love music, love taking photos, and am proud of what I shoot.

As you know, we’re big fans of you and your work. For our readers who might not be as familiar what can you tell them about what you do?
As a music photographer, I’m either getting to venues as early as possible to get a good spot, or I’m being ushered into the barricade to shoot the first three songs of a set. I have photographed in just about every venue in the city from small dimly lit bars to arenas, and I enjoy trying to get the best out of each of them. Sometimes I’m met with challenges like poor lighting, very high stages, crammed photo pits, or arms flailing in front of me. My job requires a lot of going with the flow and zoning in to do my best. Sometimes I’ll get an entire show to photograph as much as I want, though more often I only have about 15 fleeting minutes. But knowing that you’re going to be brought to a screeching halt once that third song is up makes the time you do have pretty electrifying.

Another adjacent passion is shooting in recording studios and some of my photography of Brian Wilson, Steve Vai, Nathan East, and Alabama Shakes can be found framed at United Recording. Being a quiet fly on the wall is probably my personal sweet spot where I can watch the artist sink into their work and while I’m absorbing it, I can shoot the process as unobtrusively as possible.

I’ve also been able to take some really cool portraits for bands and solo artists which I enjoy doing as well. That can be a little more challenging for me as someone who isn’t inherently comfortable directing others on exactly what to do. I try to keep it as natural and low-stress as possible so that I can get the real person out of their shell. Sometimes, I like to capture the shell too.

What are you most proud of?
I’m certainly proud of the places my photos have been printed – the album covers I’ve taken for my friends Lauren Ruth Ward and duo Freedom Fry. Album artwork for Dave Stewart. I’m especially chuffed with the booklet of my studio photography in the box set of Black Rebel Motorcycle Club’s last album “Wrong Creatures”.  They’ve been one of my favorite bands since around 2001, so being invited in to capture their artistic process was a dream come true.  Seeing my photography featured there was thick icing on a very big cake.

I’m also very proud of the body of work I have because I know the painstaking effort that went into it. All the free photos, the angry security guards, the lost earplugs, the sweat of other people, the broken lenses, the constant shoulder pain, the unanswered emails, the memory card failures… the list goes on. But it was unquestionably worth it not only to have taken all these photos but to have done it without having to rip the lining of my purse to sneak a camera in. I belonged there. I was a part of it.

Ultimately, I believe I am MOST proud of the relationships I have made over the years. I have connected with some incredible musicians and have even become true friends with some artists that I’ve admired for more than half my life. I’ve watched performers grow and evolve over the years and I’ve gotten to know the hard-working people behind some extraordinary sounds. The community is rich and I feel privileged to be in it.

What sets you apart from others?
I guess the obvious answer is that everyone has a different eye. Everyone has a unique story to tell. I’ve had some of my peers tell me they’ve taken a photo that looks like a “Michelle shot”. I’m honored that people are seeing something of a signature in my work. All I know is that I try to take the kinds of photos that I myself would want to see of an artist. A lot of the time that includes close-ups or tight shots of things that might be otherwise overlooked. I maintain that attention to detail because it’s those things the person in the back row doesn’t get to see. I adore studio photography because that’s also a peek behind the curtain people don’t get too often. Having so many close friends in the recording industry, I have spent a lot of time in many different studios (especially the legendary Sunset Sound and United Recording) and being able to quickly get my bearings in that kind of delicate environment is imperative.

I’m not a particularly competitive person so I’m not always thinking about setting myself apart from others as much as I am reveling in being a part of an artistic community at all! I do feel like I have some brothers and sisters in arms after shooting shoulder to shoulder with them over the years. So, I’m always trying to find a balance between being a supportive part of a group and also being an individual who adds something interesting to it.

We all have a different way of looking at and defining success. How do you define success?
I define success as liking what you do, contributing something positive, and a bonus is being able to pay the bills with it. I think a lot of the time, emotional health, personal fulfillment, or sincere relationships are taken out of the equation of success. Today, the world feels a lot smaller and everyone is certainly more connected. But those connections are much shallower than they used to be. I think so many people are swiping past and double-tapping what others are doing, but we aren’t always SEEING it. We are missing each other, especially those of us in the hustle of an industry that has all but poisoned its own well. People think they need only a fancy title and a big paycheck to feel successful, but in the process of getting that, they kind of lose themselves or a sense of what once made them feel valued.

I am passionate about my photography, I’ve made a lot of meaningful connections doing it, and I’ve had a lot of incredible and unexpected opportunities – definite bucket-listers. I am so lucky to have a handful of people from all over the world who have told me they are fans of my work or that it inspired them in some way, and I’m lucky that there are artists and venues that keep having me back. I’m also lucky that interesting local publications think I’m worth an interview.

That’s success to me! 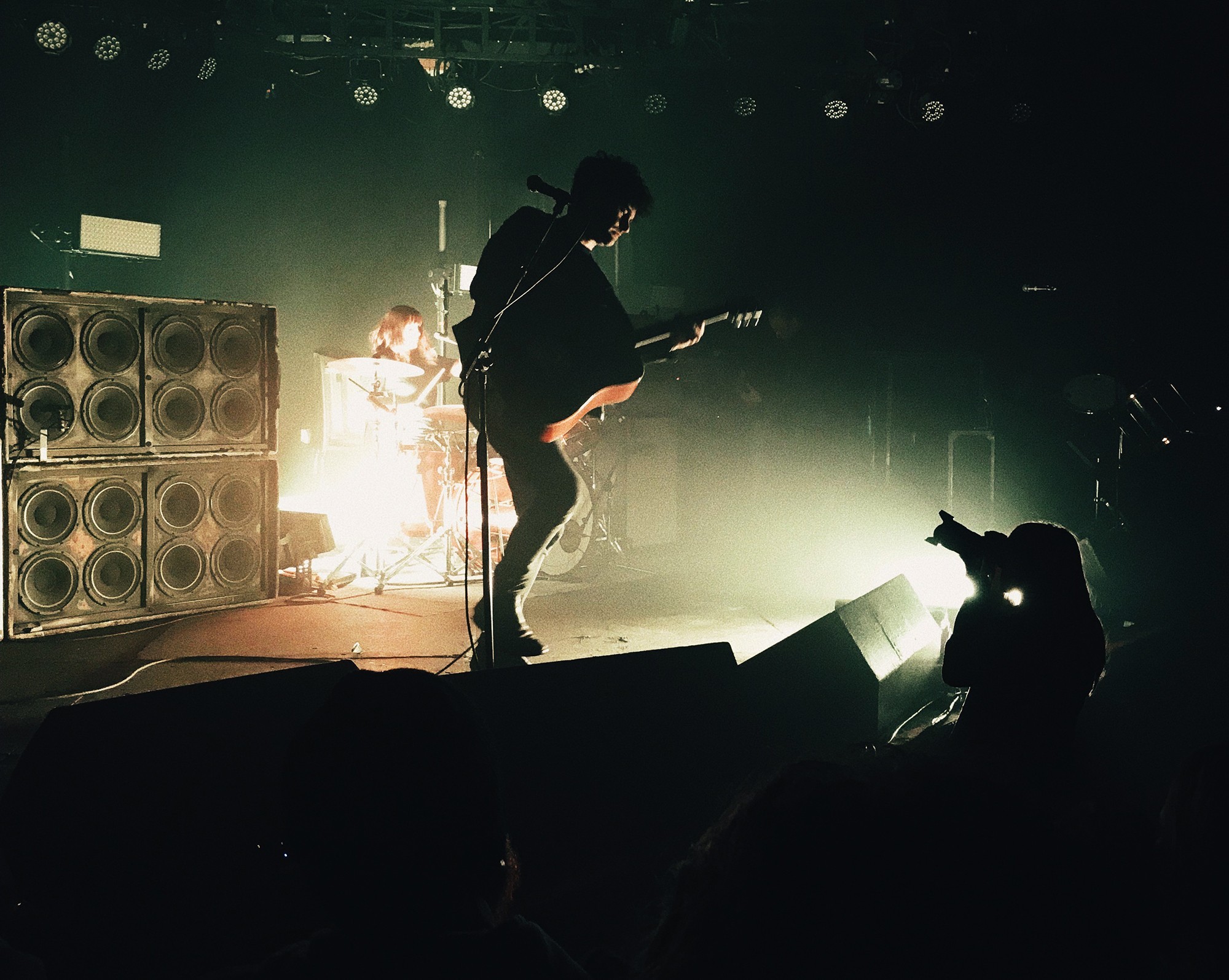 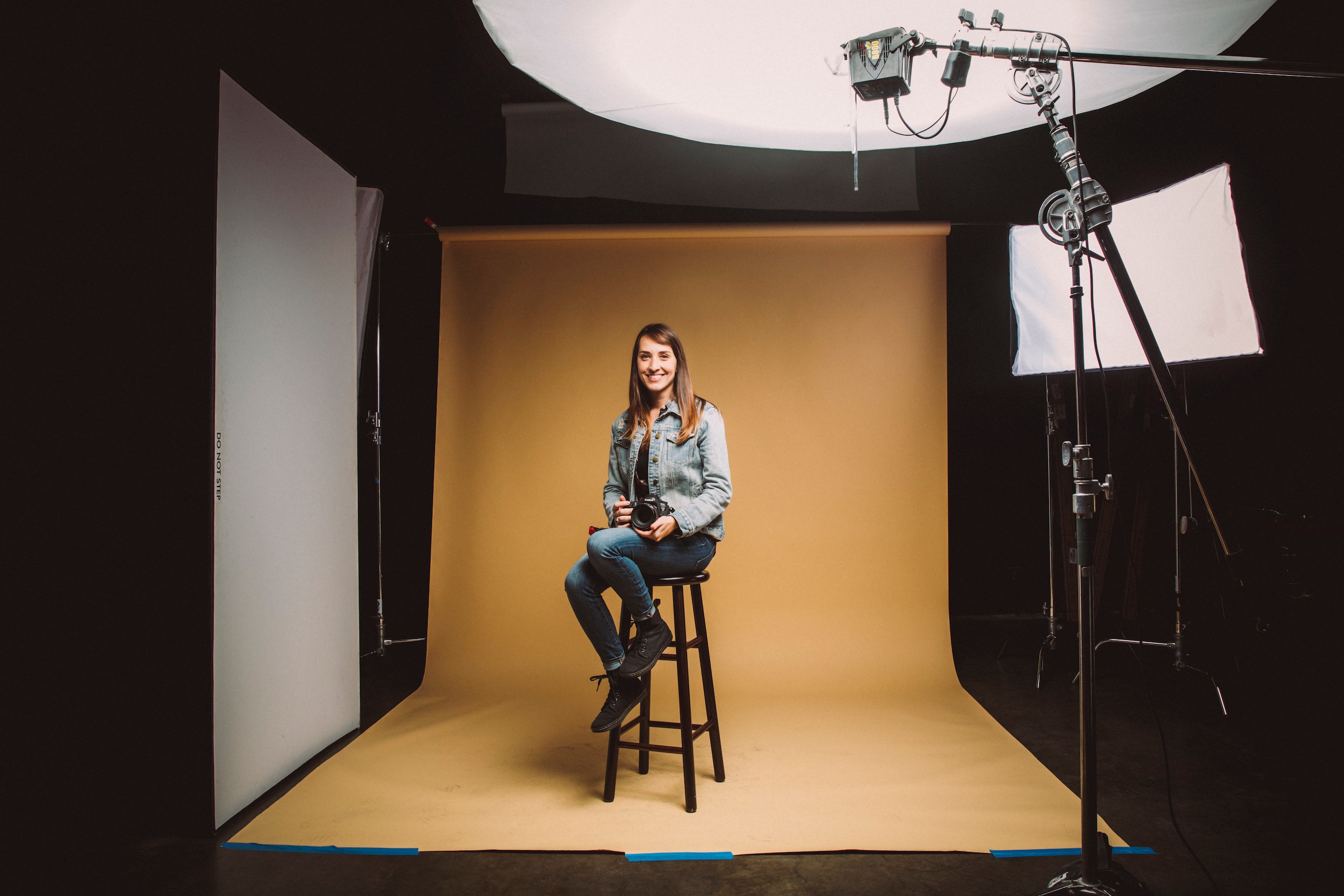 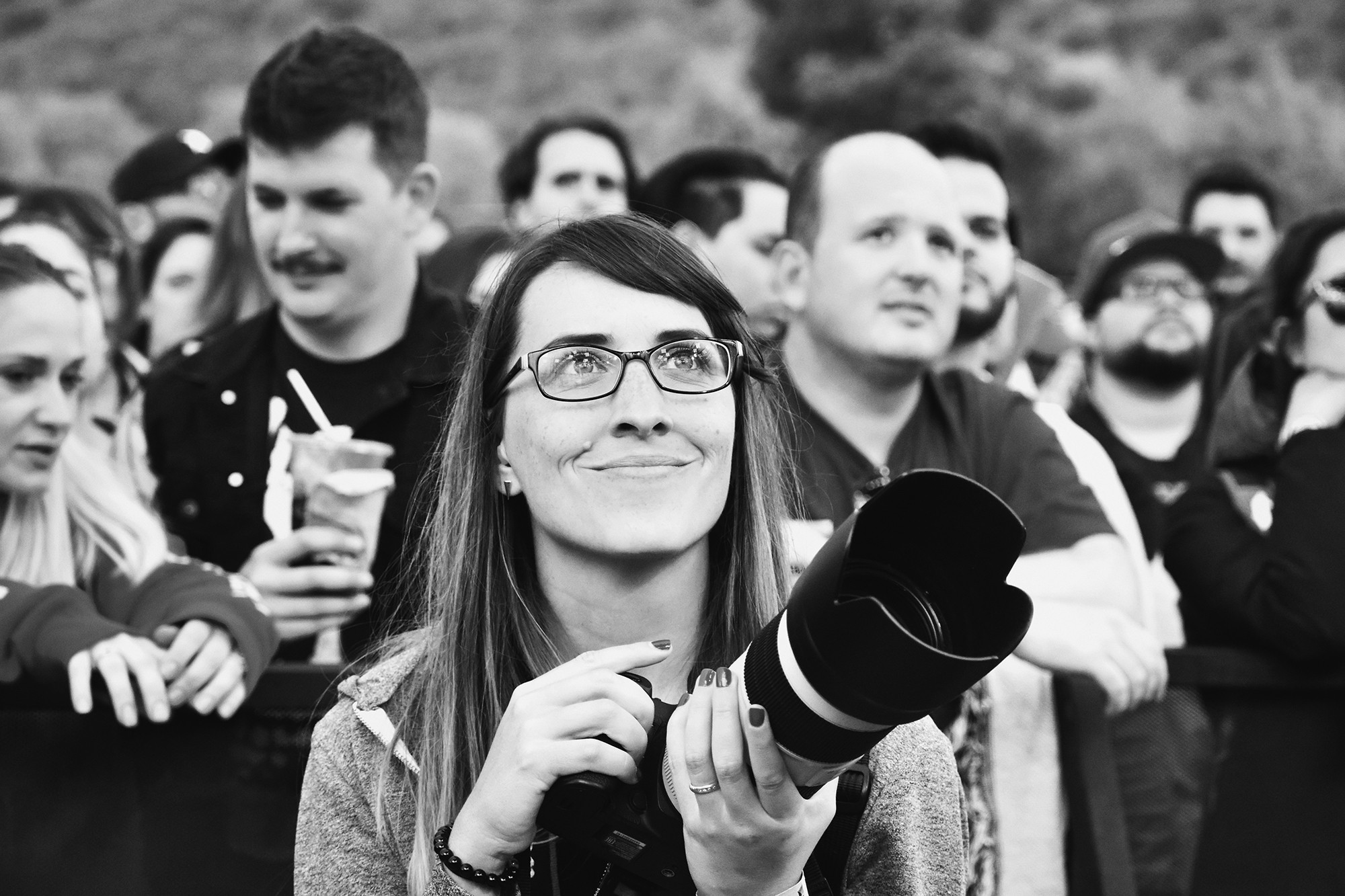 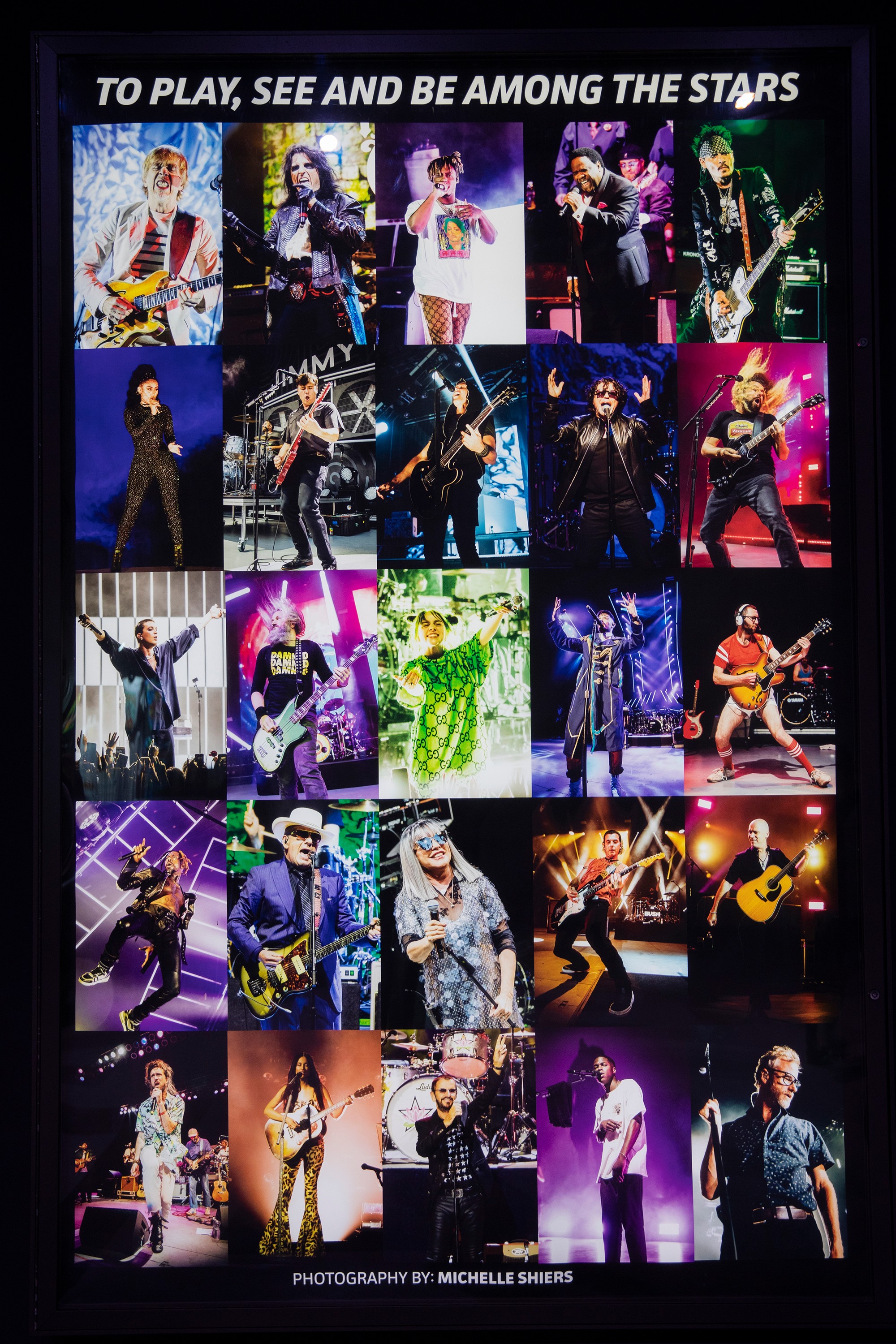 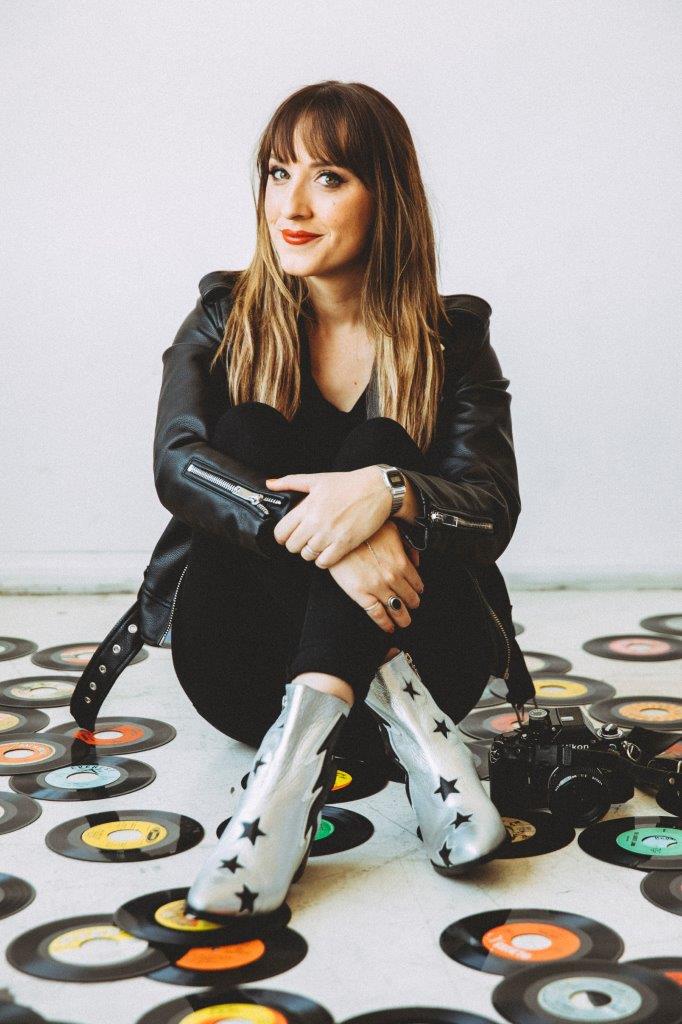 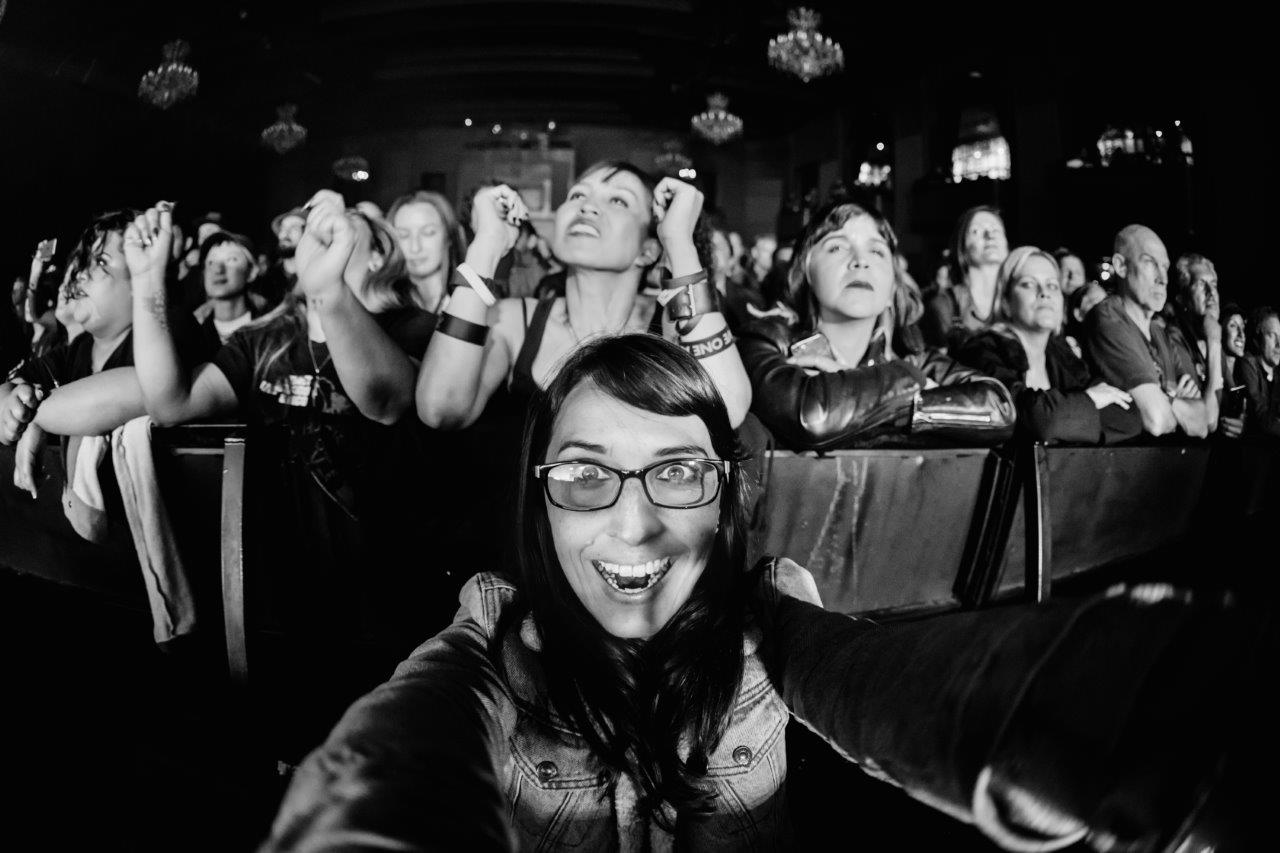