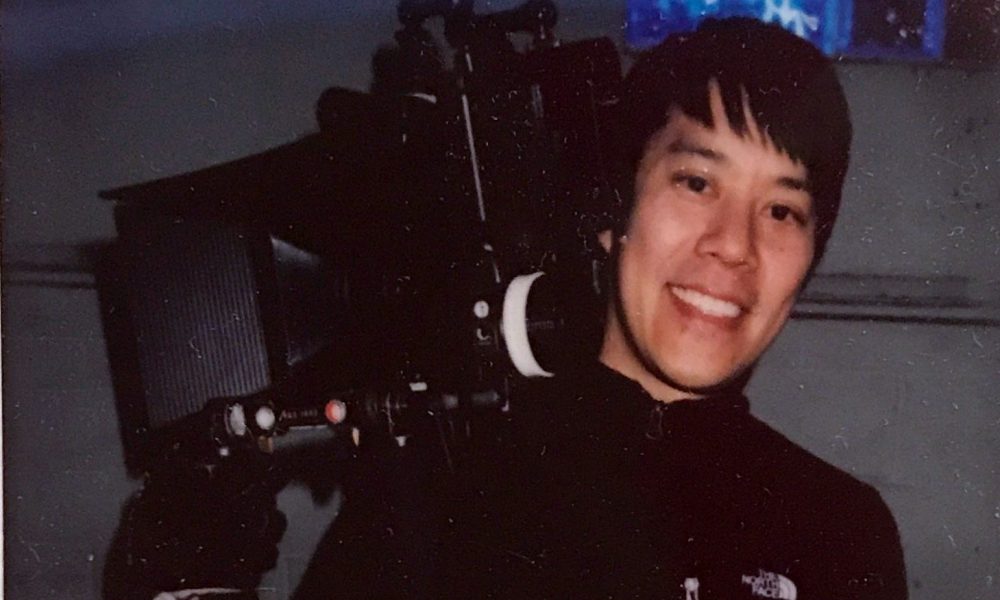 Today we’d like to introduce you to Kevin Ung.

Alright, so thank you so much for sharing your story and insight with our readers. To kick things off, can you tell us a bit about how you got started?
I actually didn’t start off when I was young with a film or video camera like so many directors you hear about. That would have been great, but my family didn’t really have the means to give a kid a ton of film and video cassettes. My parents escaped the Cambodian Genocide in the early 1980’s and ended up in California where they built up a life in San Jose despite overwhelming challenges. I grew up there and never really thought much about making movies. I eventually went to UCLA, where I started off taking a pre-med classes, thinking it would be rewarding to be a doctor or a vet. I always enjoyed science and still do, but I got bit by the film bug and applied to UCLA’s film school as an internal transfer…and got rejected. I still remember the rejection; it was a carbon copy of my application and a rejected stamp on it. Pretty harsh way to tell someone they didn’t get in. Still, I tried to work in film, and I was able to get an internship at Fox Searchlight. But what I remember was looking around and seeing no one looked like me and feeling like I didn’t belong. I felt that it was impossible to make it when no one would take a chance on Asian American directors, much less a Cambodian American one.

My dad told me that people like us don’t make it in American entertainment—the industry simply doesn’t allow for us to be anyone except the butt of a joke. And in many ways, it was and sadly still is true. Anyway, I got disillusioned and ended up studying abroad in Hong Kong to get away from LA. Funny thing is, the Hong Kong Arts Development Council gave me money to make a film while I was there. The film is in Cantonese and I wrote and directed it without knowing the language. The film is called ‘Chubby Can Kill’ and did pretty well in festivals and was picked up for distribution after screening at the Los Angeles Asian Pacific Film Festival. After that, I went back to Hong Kong and ended up working in advertising and marketing, but recently decided it was time to go 100% back into film and ended up getting accepted into USC, which was a huge change for me. This past summer, I was fortunate to be selected as a Television Academy Fellows and was the first-ever Star Trek Command Training Program fellow, and that’s been amazing. So here I am now, my most recent film, Refrigerate After Opening just won Audience Choice at the USC APAA Film Festival and is doing festival rounds and I can’t wait to make more films.

Alright, so let’s dig a little deeper into the story – has it been an easy path overall and if not, what were the challenges you’ve had to overcome?
As I’ve mentioned before, my father told me that people like us (Asians) weren’t welcome in the film industry. I think he’s seen the stereotypes that Hollywood uses for Asians and rightfully so, didn’t want that for me. When I was a kid, he told me of his supervisor using his race against him and I think that stuck with me. But he was right. It is a struggle. I’m a Cambodian American, which means I’m a minority among a minority. Cambodians on average are one of the worst-off communities in America, yet because we are grouped in a pan-Asian umbrella, we are often overlooked because Hollywood sees Asian Americans as a monolith when we are anything but. Ask yourself if you know of a Cambodian American filmmaker. How many can you name? One? Two? I hope you get my point. While there’s a push in Hollywood to include more Asian stories, it often stops there. As long as someone can trace roots from ANYWHERE in the continent, it’s fine. Rarely do people inquire further and realize that Asians represent a wide swath of cultures and stories, and each community has their own unique films to tell. There are fascinating stories that are getting lost because of ignorance. Unfortunately, what I often see is certain groups of Asians being left out, and while I support more Asian American representation, I believe there needs to be a holistic look at each person and what they bring to the table. Quotas may work temporarily, but they are a stopgap for the real problem.

As you know, we’re big fans of you and your work. For our readers who might not be as familiar what can you tell them about what you do?
My work varies quite a bit thematically. Chubby Can Kill is a Hong Kong comedy-action, Flee is a genocide film about two sisters, and Refrigerate After Opening is a Charlie Kaufman-meets-Pixar short about a man in LA. I believe I’m more known for my comedy, although my work oscillates from lighter to heavy topics. My family’s history and the Cambodian Genocide are definitely topics that I explore and will continue to explore. One of the main reasons I’m making films is to tell the stories that I heard about the Genocide. I happen to be one of the last generations with a direct connection to survivors to the Cambodian Genocide and I have promised myself that I will try to keep their stories alive as best I can. I’m most proud that I’ve stuck to this path, despite the hardships and many times I could have given up. I remember when my first film screened at the San Francisco International Asian Pacific Film Festival, my dad was sitting in the back watching, and seeing him there meant the world to me, because that meant he believed that I could actually make it, despite the racial barriers (although he would still rather me be a doctor). I think that my unique background, as a Cambodian American and having spent nearly a decade in Hong Kong makes me different from others. I combine my upbringing in America with my time in Hong Kong and I believe my work is a combination of all the worlds and cultures that I am lucky enough to be a part of.

What matters most to you? Why?
If I can create films through the unique lens of a Cambodian-American, that would make me happy. It would prove that the Khmer Rouge, despite killing as many artists as they could, failed. 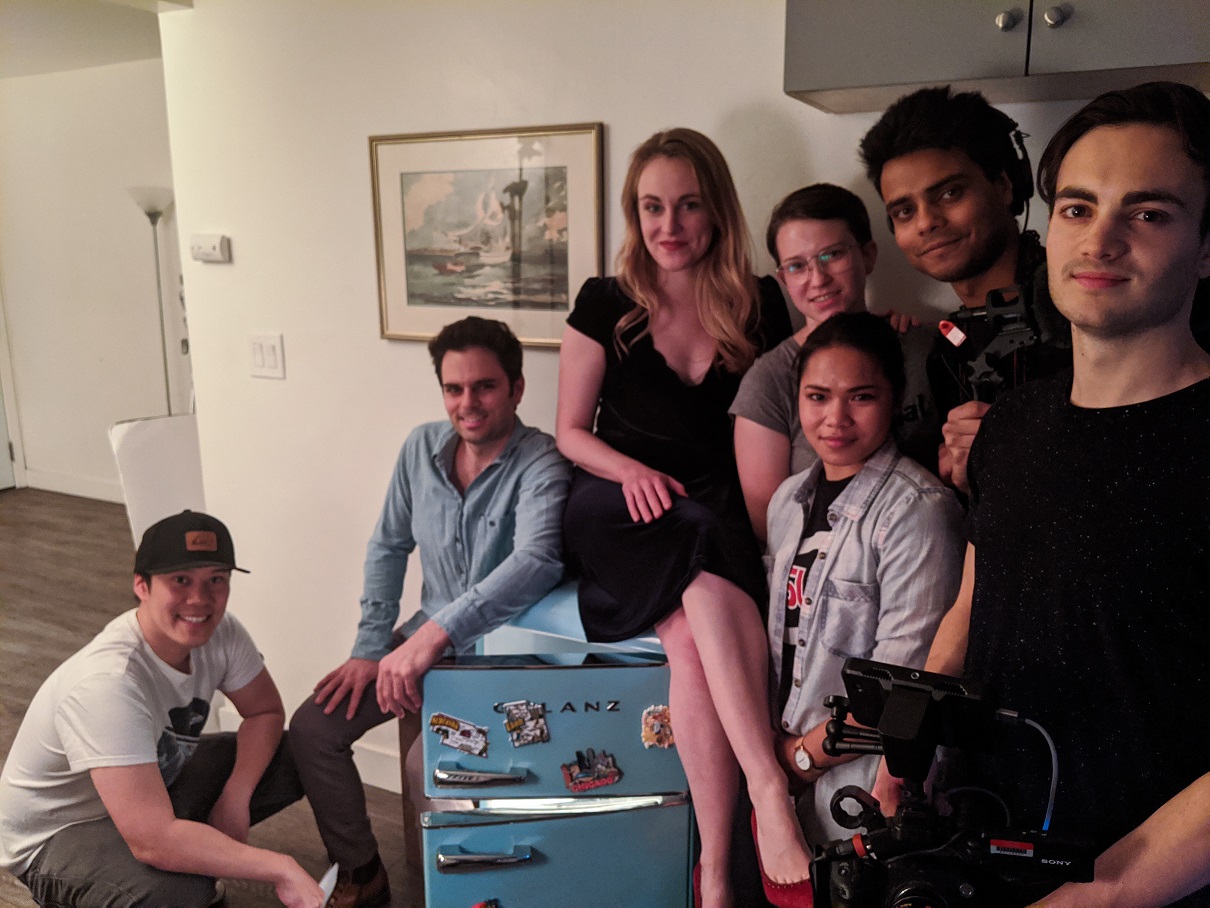 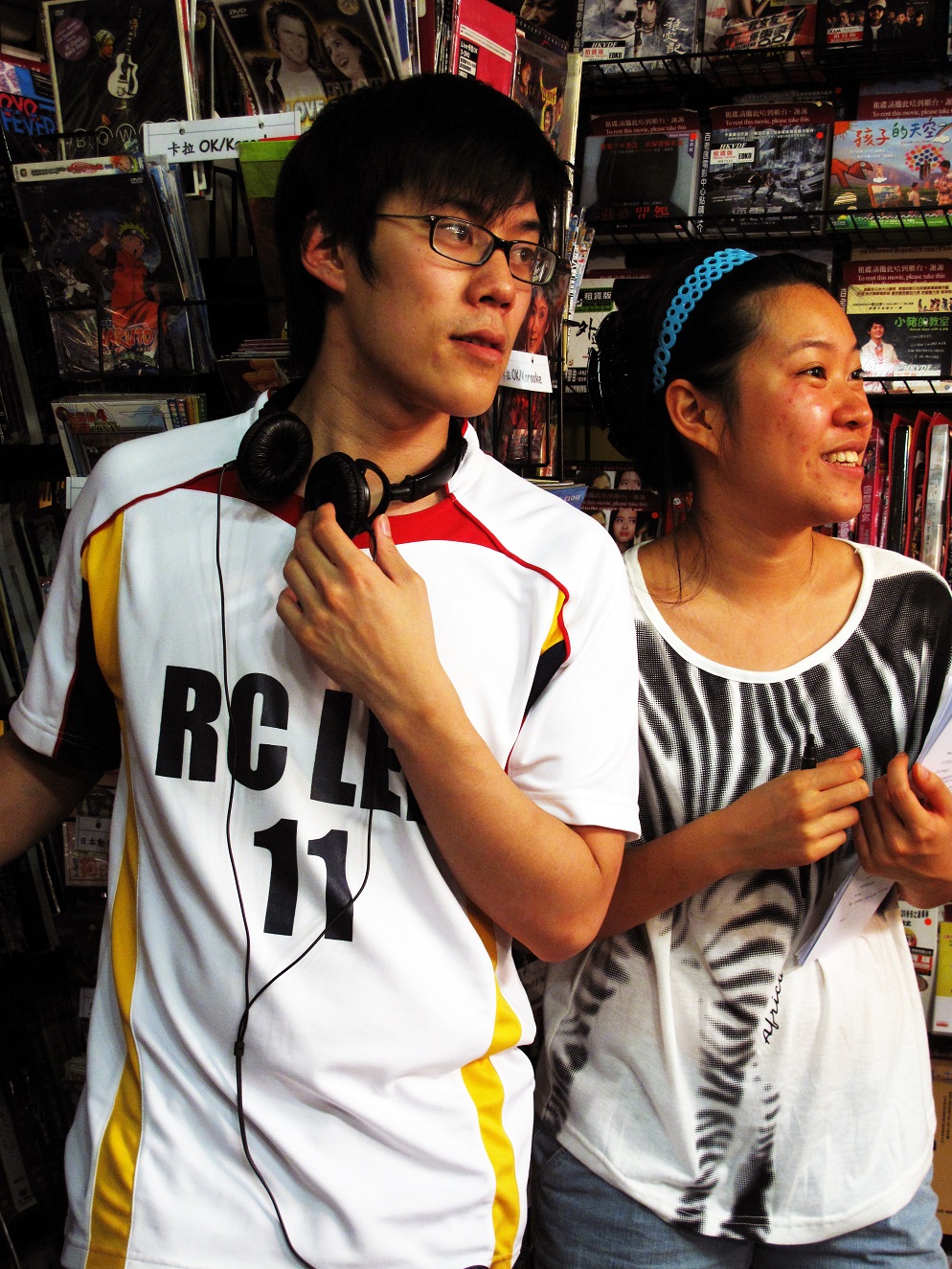 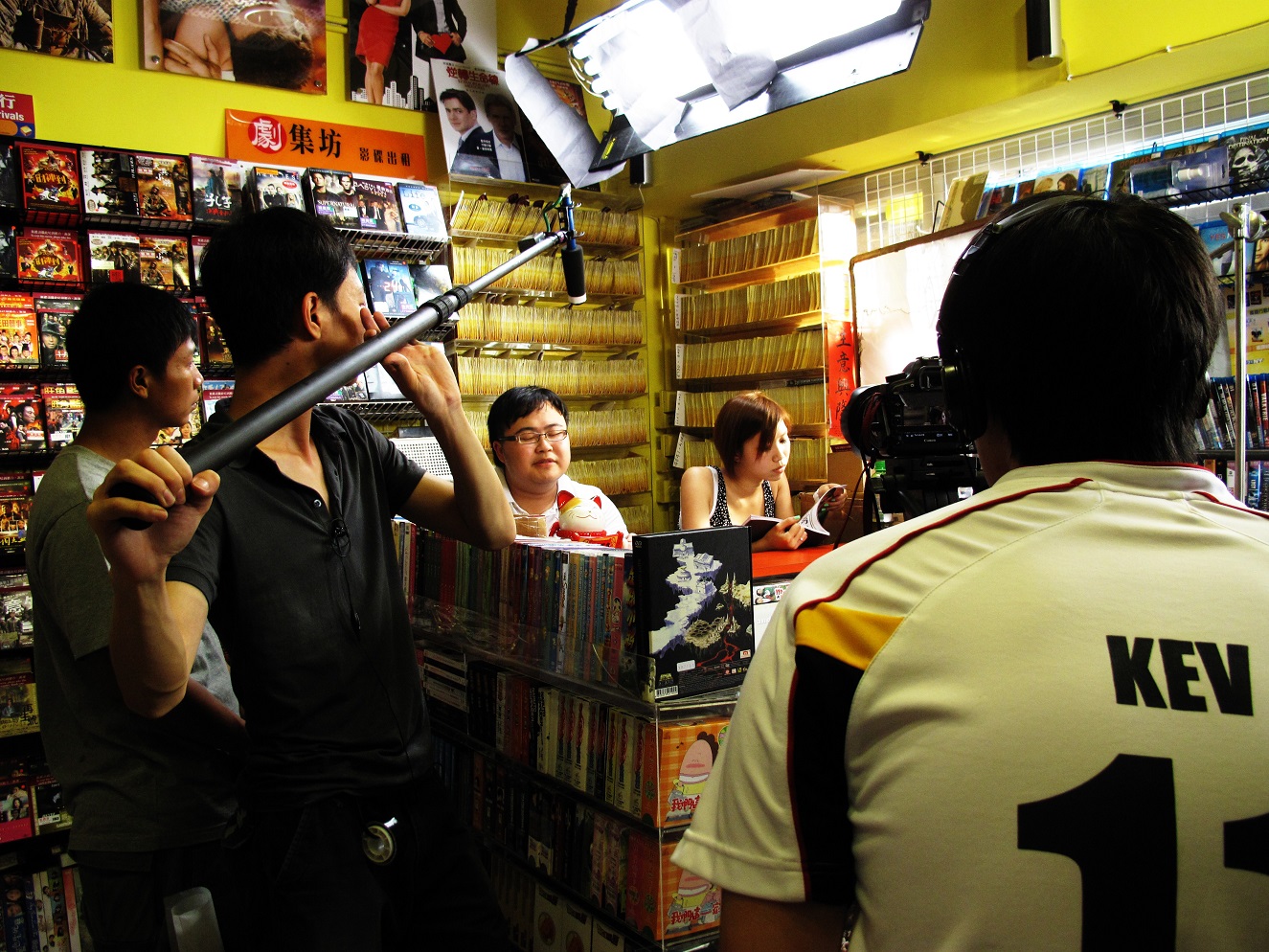 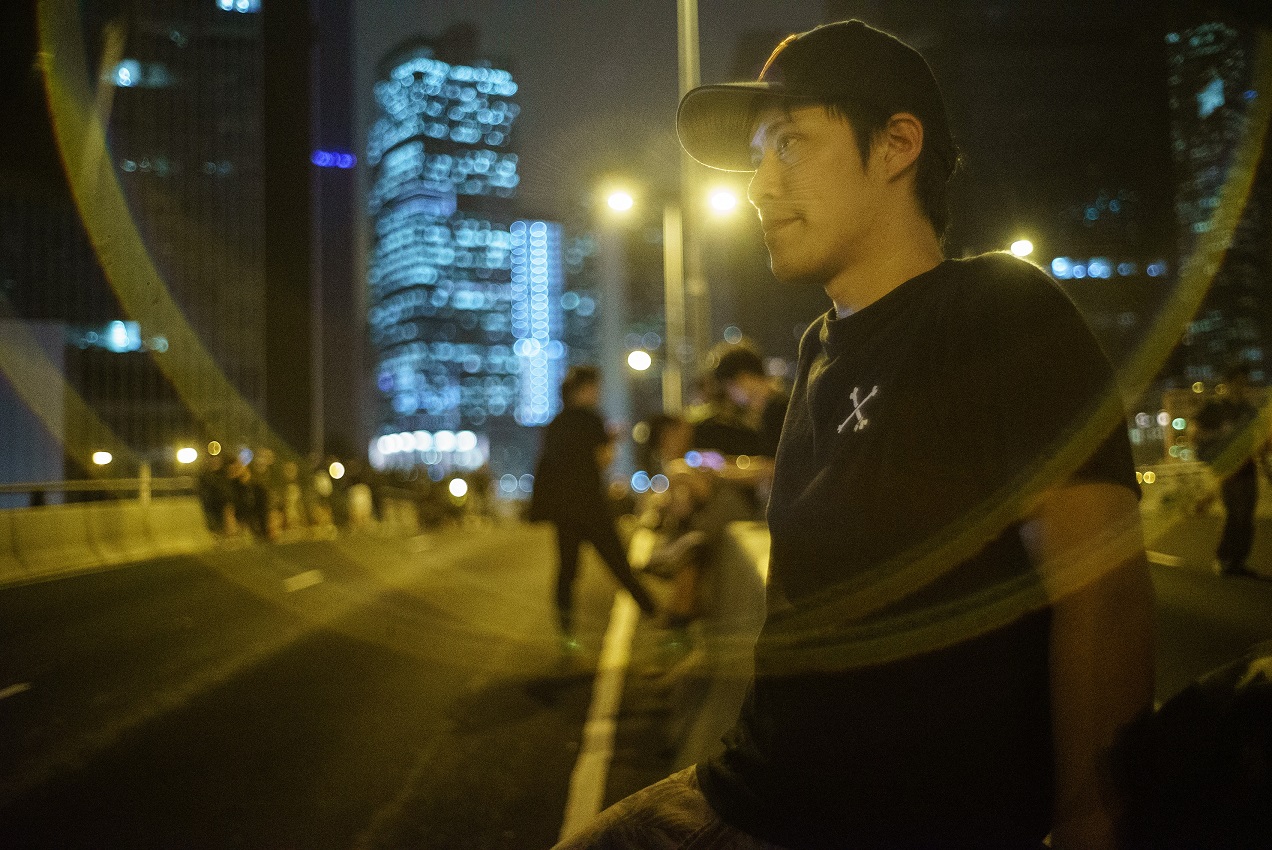 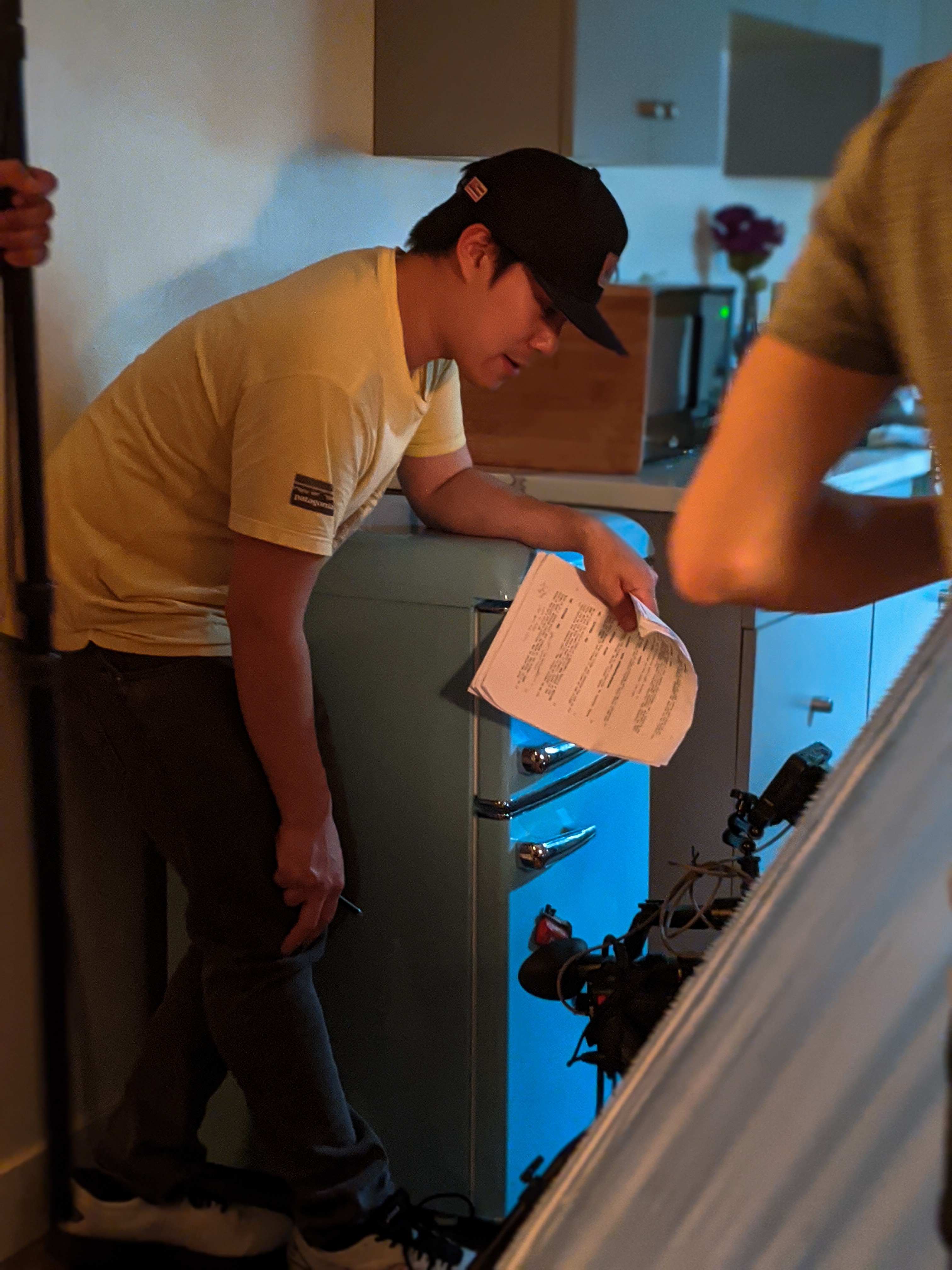