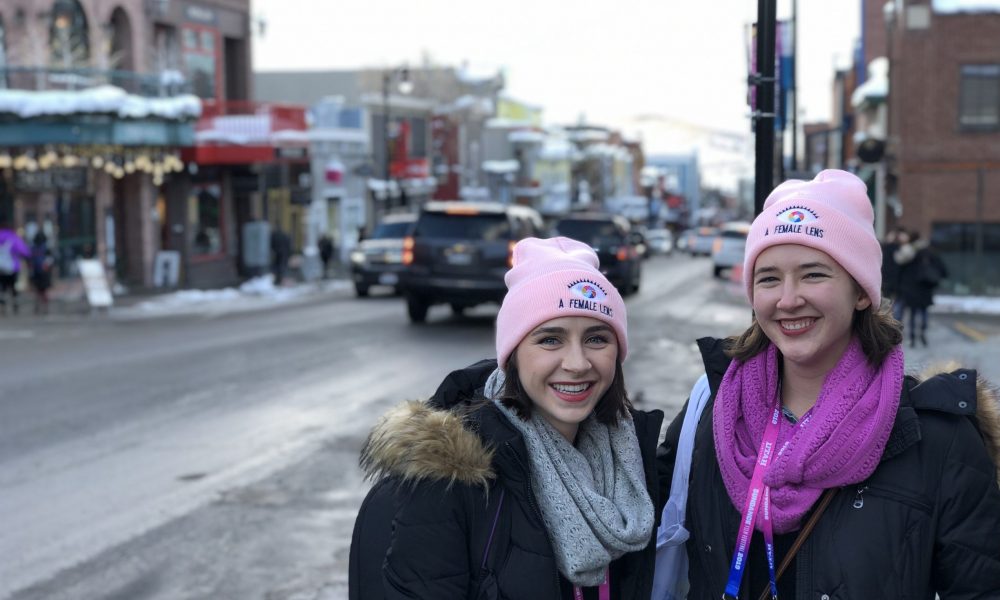 Today we’d like to introduce you to Jennifer Zahlit and Larkin Bell, co-hosts of the podcast A Female Lens.

Can you briefly walk us through your story – how you started and how you got to where you are today. You can include as little or as much detail as you’d like.
We are both avid podcast listeners, and when we made our first twenty-minute short film together (Jennifer directed, Larkin produced/acted in it) we turned to podcasts to learn more about the filmmaking process. While we found a number of podcasts about filmmaking, we noticed that at the time the majority of them were hosted by men and interviewed men. We were missing women’s experiences and perspectives in a lot of the film-based podcasts. One of our favorite podcasts is Call Your Girlfriend which is also co-hosted by two besties, Aminatou Sou and Ann Friedman. We really admire them and the work they do for women’s issues, and we are big supporters of their Shine Theory (when our friends shine, we shine too!) So, while we were road tripping up the California coast, en route to our work-vacation to begin post-production on our short film, we were listening to podcasts about filmmaking and the idea for our podcast (A Female Lens) was born!

Since then, we attended the Sundance Film Festival with press accreditation, launched a had a successful Season 1, and we’re currently gearing up to launch Season 2 at the end of September! We have a slate of interviews with incredible women at different stages of their careers from various lines of work in the film industry.

Has it been a smooth road? If not, what were some of the struggles along the way? Any advice for other women, particularly young women who are just starting their journey?
We devote our free time to this podcast; it’s a side-hustle and a passion project that we collaborate on in addition to our other filmmaking projects and day jobs. We are passionate about spotlighting women in the film industry and hearing their stories and experiences. If we weren’t passionate about the podcast, dedicating so much free time to it simply would not be worth it. When starting out, we found it very important to know our purpose and why we wanted to create this podcast — that’s what keeps us grounded and going. We also love collaborating with each other and meeting all of these incredible women for our interviews!

We’d love to learn more about your work. What do you do, what do you specialize in, what are you known for, etc. What are you most proud of as a brand, organization or service provider? What sets you apart from others?
A Female Lens is a podcast that aims to both spotlight women in film through thoughtful discussion and cultivate a community of women dedicated to excellence in the film industry. We hope to make the process of filmmaking more accessible to new filmmakers, and provide an outlet for women to share their knowledge and experience with others, while encouraging a spirit of female-driven collaboration and support. We believe the future is female, but only if we lift up one another and create an atmosphere of growth through practical application.

A Female Lens is a podcast for filmmakers and creatives co-hosted by Jennifer Zahlit and Larkin Bell. Each episode highlights female filmmakers at different stages of their careers from various lines of work in the film industry. In an industry dominated by men, women continue to face multiple barriers to entry. This podcast wants to change that.

Tune in to A Female Lens on Apple Podcasts, Stitcher, Spotify, Overcast (or wherever you listen to podcasts), and be sure to subscribe so you don’t miss our Season 2 launch on October 21st!

About Us, Individually:
Jennifer is a theatre and film director based in Los Angeles. She is interested in storytelling that allows for a deep examination of themes that explore our common humanity. Jennifer recently directed two short films and a music video. While living in NYC, she directed a sold-out run of Moonchildren, and collaborated with other theatre groups. A graduate of USC’s School of Dramatic Arts, she also attended Directors Lab West in 2017 and co-founded the bicoastal play reading series and theatre company Plays for the People.

Larkin is an actress, artist, and filmmaker. She is a graduate of the University of Southern California’s School of Dramatic Arts. She is currently in post-production on several short films she produced as well as a short film she wrote and directed titled “Sorry, Too”. She recently starred in the feature film Hatchback which made the festival rounds and is now available on VOD, and she has appeared in theater, films, television, and commercials. 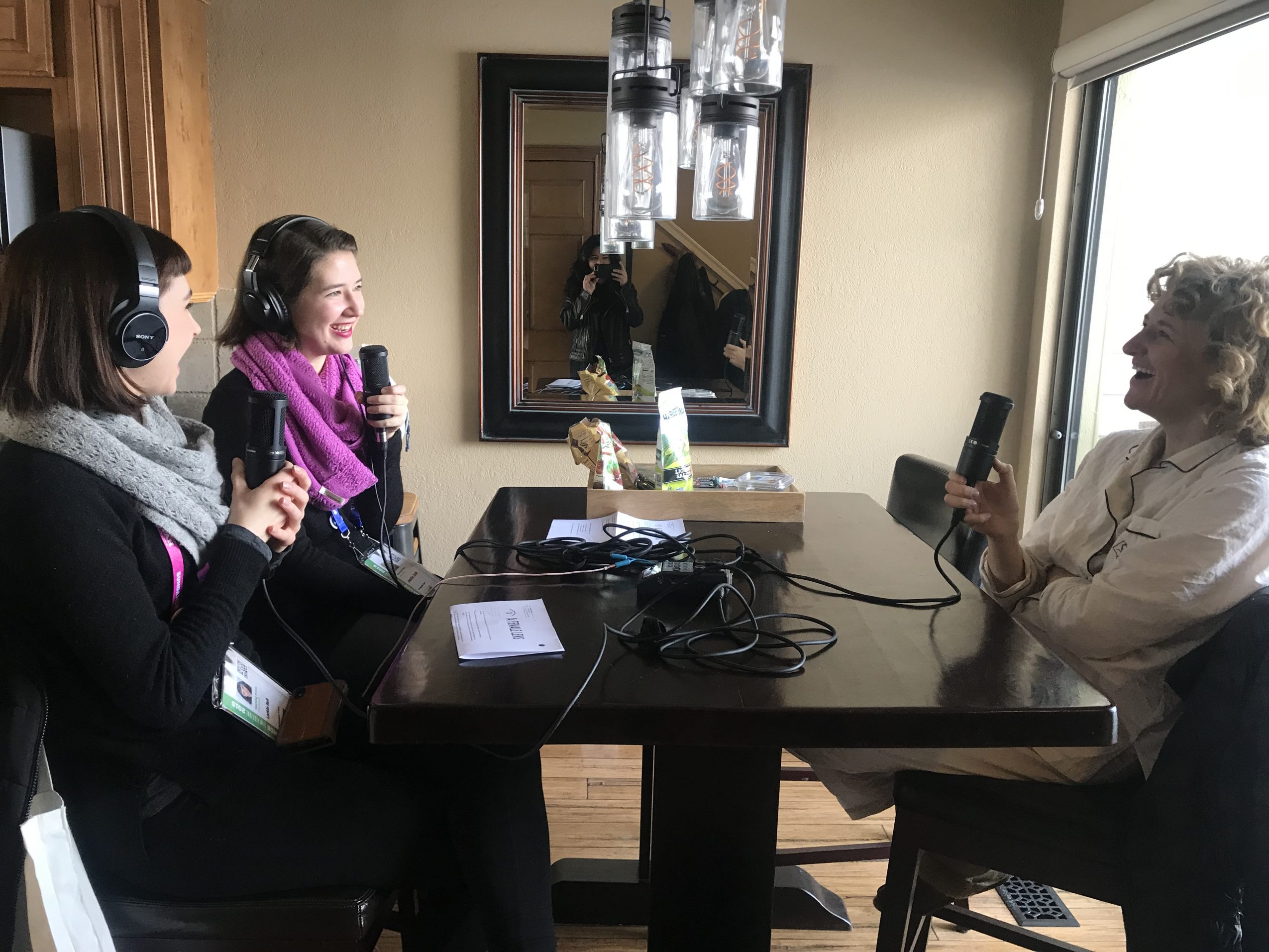 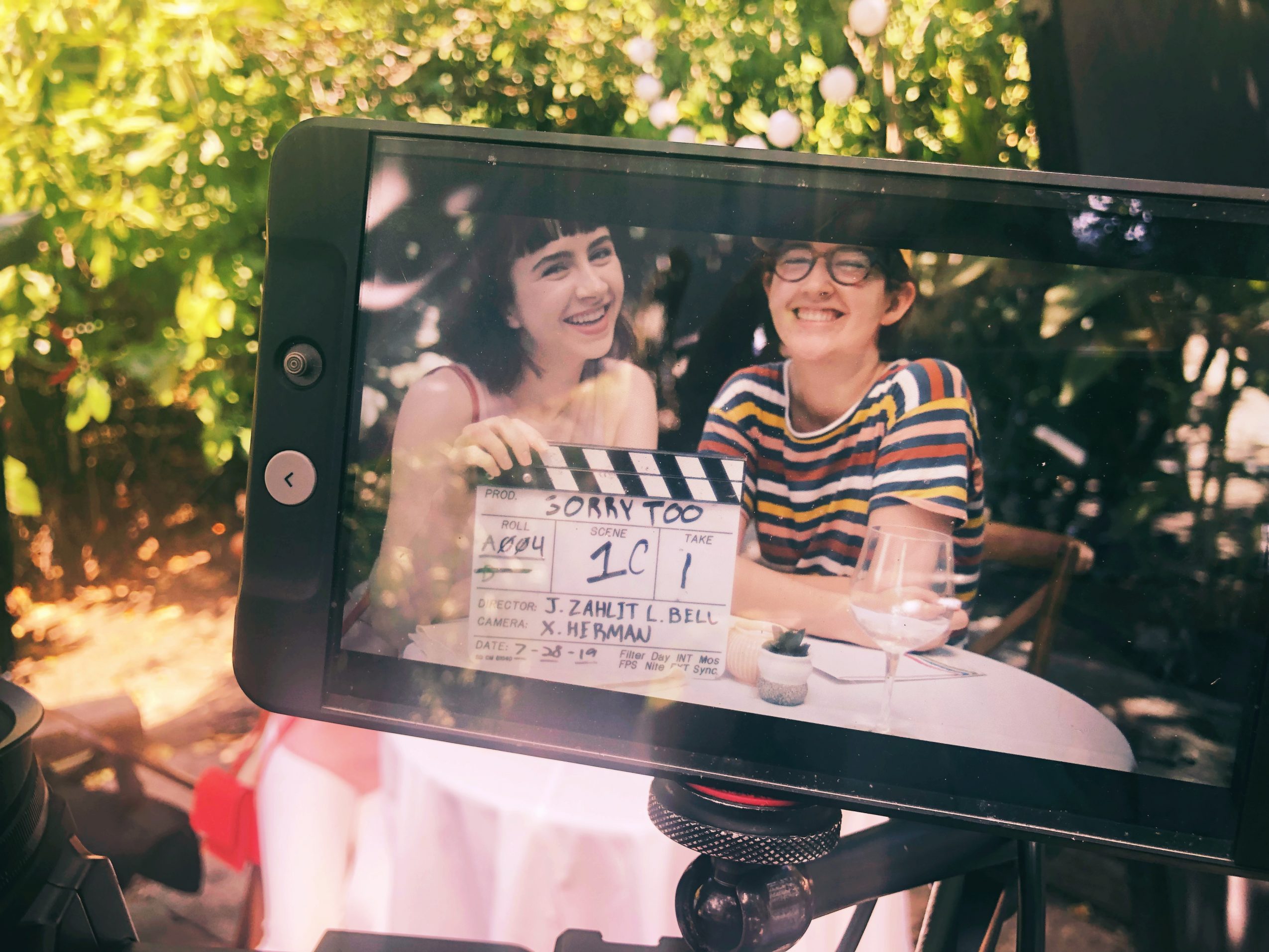 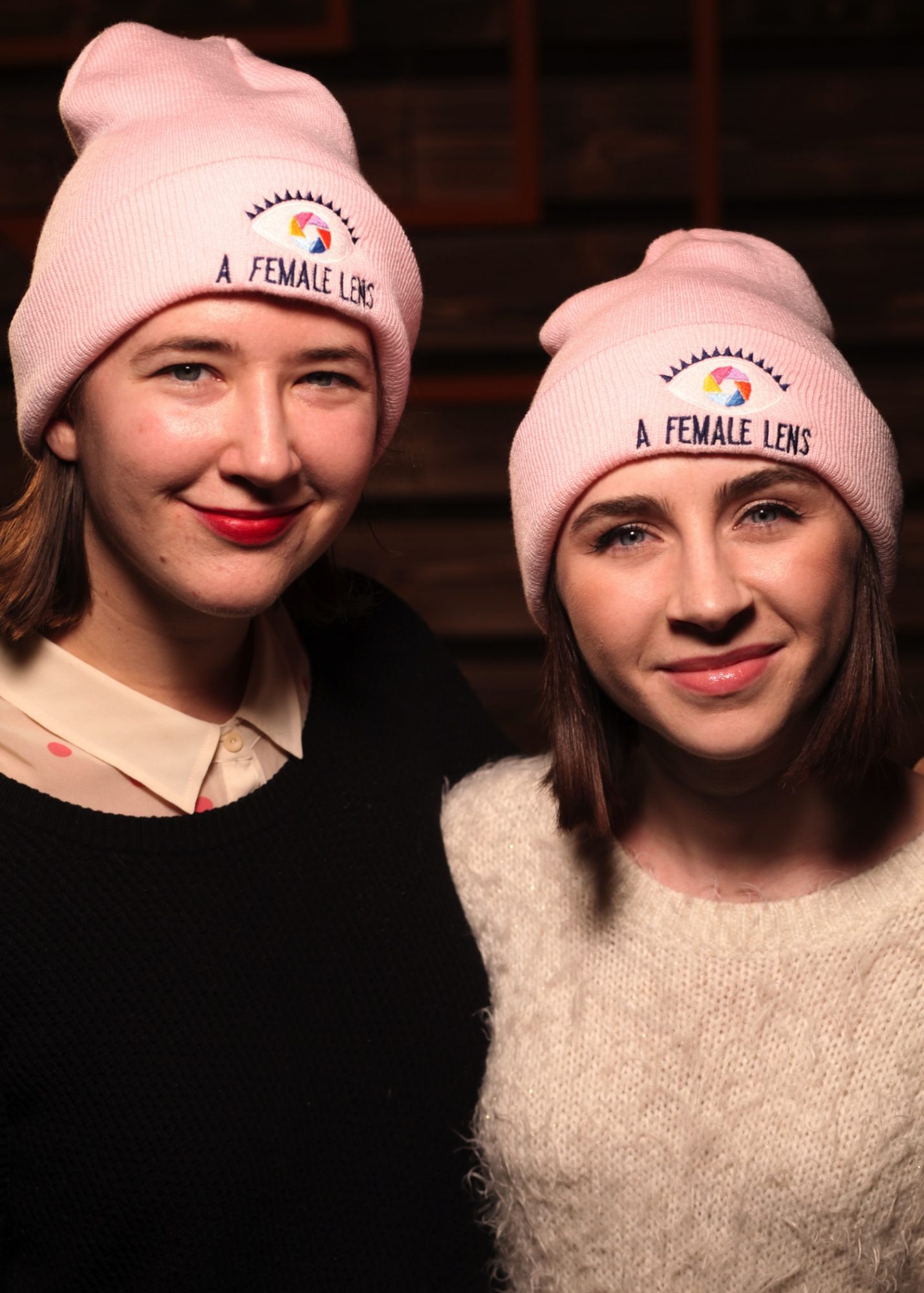 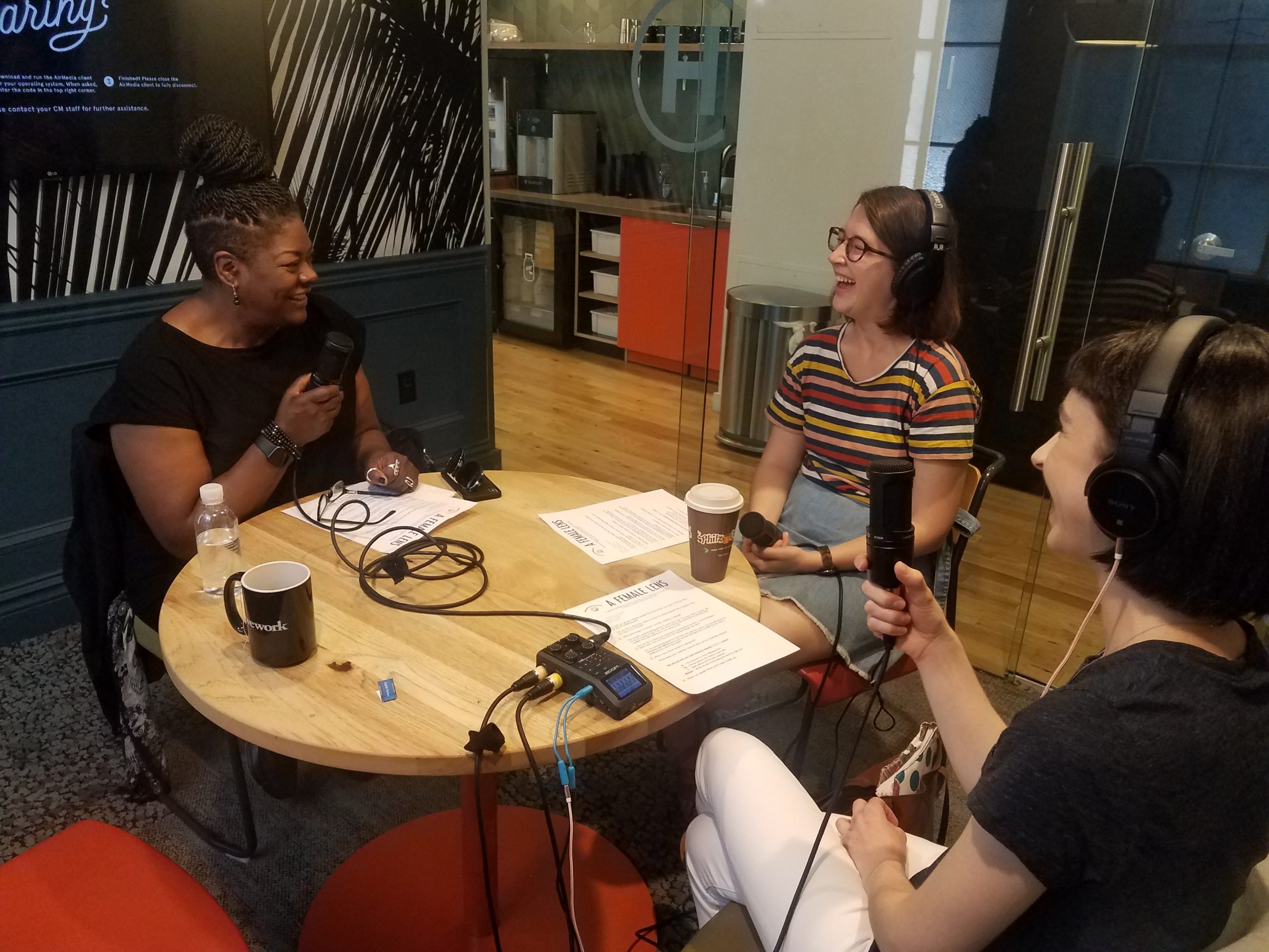