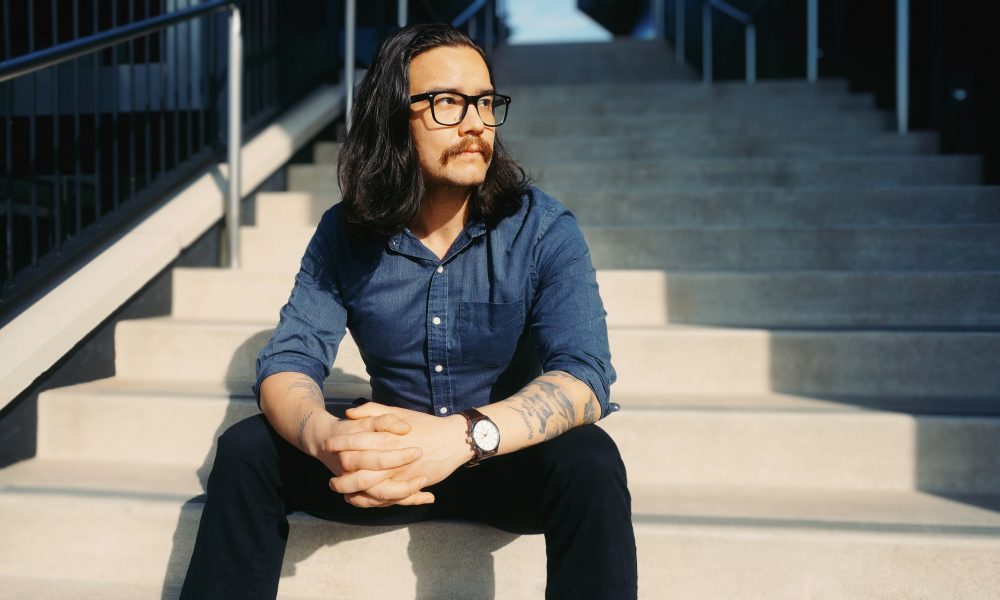 Today we’d like to introduce you to Eric Pham.

Alright, so thank you so much for sharing your story and insight with our readers. To kick things off, can you tell us a bit about how you got started?
I was fortunate enough to have parents who valued music education and were able to put me in lessons. I started off as a wee tot in group piano lessons but couldn’t stand it. When my parents let me switch to drum lessons, that’s when my relationship with music really began. I loved the drive and physicality of the instrument. It gave me a deeper connection with music, making me feel like I was laying down the groundwork for the narrative of the song. I was infatuated with the idea that how I played and the performance choices that I made could influence how the song was felt. Storytelling was a big part of it for me so it felt like a natural progression when I started to get into poetry and writing lyrics. Eventually, toward the end of high school, I started teaching myself guitar so that I could start putting my words to music.

After graduating high school, I moved to Los Angeles to attend Occidental College with the intention of studying economics and business management. The school was great, the environment was great, the people were great, but after about three semesters, it became clear to me that the path I was on was not right for me. So, I left school and committed to the idea that I was going to pursue a life in music.

After working too many hours at low-paying jobs and unsuccessfully writing and performing music with my friends and bandmates, I realized that my plan needed some refinement. I had ideas and stories, they were ringing in my head, but I didn’t possess the vocabulary to convey them effectively; I lacked the ability to accurately bring them to life. So, I decided to go back to school.

I went to Cal Poly Pomona to study music production and guitar. This was a great move for me. It led to my being able to work at two great studios, Jungle Room Recording Studio and 4th Street Recording Studio, where I gained invaluable experience in producing music. My time at CPP also led me to a diversity in musical sounds, compositions, stories, and perspectives that I had not realized even existed. Studying composition helped me realize how to tell the stories I wanted to tell with music. Studying production helped me learn how to bring those stories to life.

I was still eager to expand my musical vocabulary, though, so I decided to pursue graduate studies in composition. I went to Cal State Long Beach for my M.M. and USC for my D.M.A. While at CSULB, I got into electronic and electro-acoustic composition through my experiences studying Max (then still referred to as Max/MSP) and performing in the laptop ensemble. I was able to take my studio-production skill set and recontextualize it within a more performative and generative approach to music making. I also had my first experiences working with choreographers, which ended up being my primary focus for a few years and is still an important part of my musical practices.

When I got to USC, I continued these activities, creating an electro-acoustic ensemble and facilitating events where composers could collaborate with choreographers. I’ve always had a DIY spirit and believed in paying it forward so it was an amazing experience to be in a program that allowed me to grow as an educator as well as a composer. As for my own work, I’d say that most of my time at USC was spent exploring genre hybridity in search of ways to refine my compositional voice by effectively, and objectively, drawing from all of the tools I’ve acquired through my diverse musical experiences.

Currently, I’m a lecturer at USC, where I’ve taught courses and/or private lessons in music theory, musicianship, composition, and music technology. I also freelance as a composer, producer, engineer, performer, and educator.

We all face challenges, but looking back would you describe it as a relatively smooth road?
As my influences broadened from popular genres to art music and beyond, it became increasingly difficult for me to define my artistic identity and goals or pinpoint where I belonged in the musical landscape. It’s an ongoing struggle, but the solution I’m working with now is to embrace the idea that I don’t need answers or definitions for those questions. I’m more concerned with what guides me than I am with where it takes me. I’m driven toward new stories and fresh takes. I like to question genre-specific norms and explore ways to repurpose musical tools and practices with the hope of creating and experiencing a level of hybridity in music that could invite, connect with, and surprise diverse audiences. While there’s been a fair amount of advancement down the roads of pop, rock, hip-hop, classical, jazz, etc., a plethora of uncharted territory still exists between them. I do my best to go off road in search of intersections, commonalities, and potentials for fusion. It can be a bumpy road that doesn’t always leave you with much to show for your journey. Nevertheless, I travel.

Thanks – so what else should our readers know about your work and what you’re currently focused on?
I’m a composer, producer, musician, and storyteller whose work hinges upon hybridity–hybridity of style, focus, instrumentation, media, and identity. I focus on the identity, message, and narrative of my projects to create an underlying, unifying purpose around which all artistic decisions can be made–heavily influenced by the concept of intermedia. This might lead to a video opera, a dance piece, a concert work, a concept album, or any combination that best suits the concept. More often than not, this leads to works that require motley ensembles, electronics, and multiple media.

Currently, my focus has been on composing for the recorded medium and using studio-production tools as compositional devices. Having worn both hats, I’ve realized the overwhelming similarities that exist between the roles and considerations taken by producers and composers. They often accomplish similar feats, just with different techniques and/or lingo. It seems a shame not to consider all of the tools and techniques available just because you might not be using them in a conventional manner. For example, if I wrote a piece for recorded acoustic instruments in which the musicians remained in one place during the whole recording, there is no reason why I couldn’t or shouldn’t manipulate spatial parameters in post-production to create a different experience for the listener. If I create instability and motion by having the saxophone line move from left to right, I don’t expect the listener believes the saxophonist was running rampant around the stage or studio, I believe they accept it as a communicative quality of the given musical context.

You can hear what I’m talking about on my album, Castle Heights, which I released in August 2020. I’m also exploring further potential in my approach with a new album I’m writing now, a collaboration with rapper Blake Hill, which I’ll release in 2022.

Networking and finding a mentor can have such a positive impact on one’s life and career. Any advice?
I think you just have to put yourself out there. Be curious, respectful, and persistent. The real key is honesty. If you know who you are–your priorities, values, ambitions–the right connections will come around and the failed connections won’t bother you as much. But nothing will happen if you don’t put yourself out there. 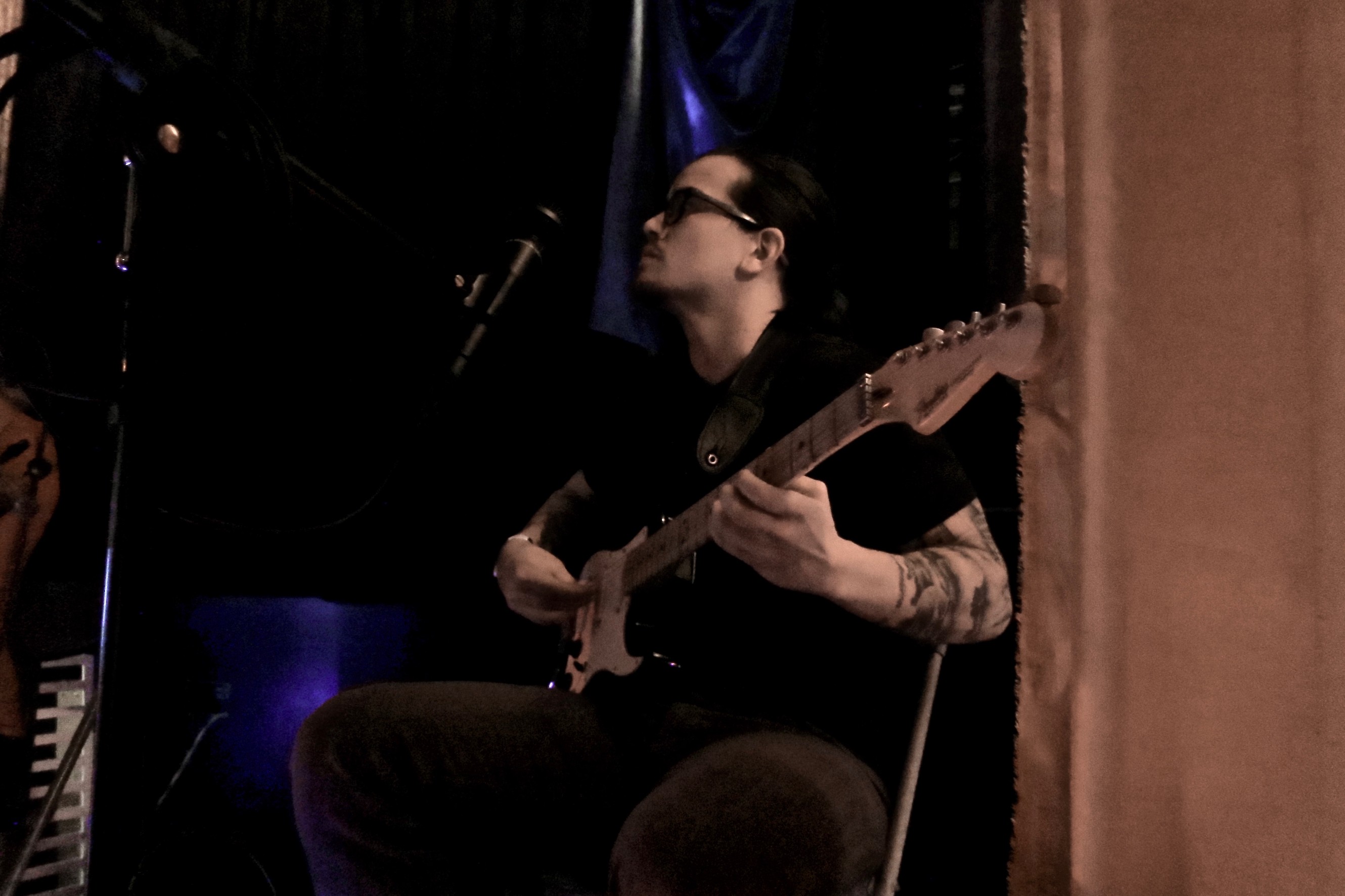 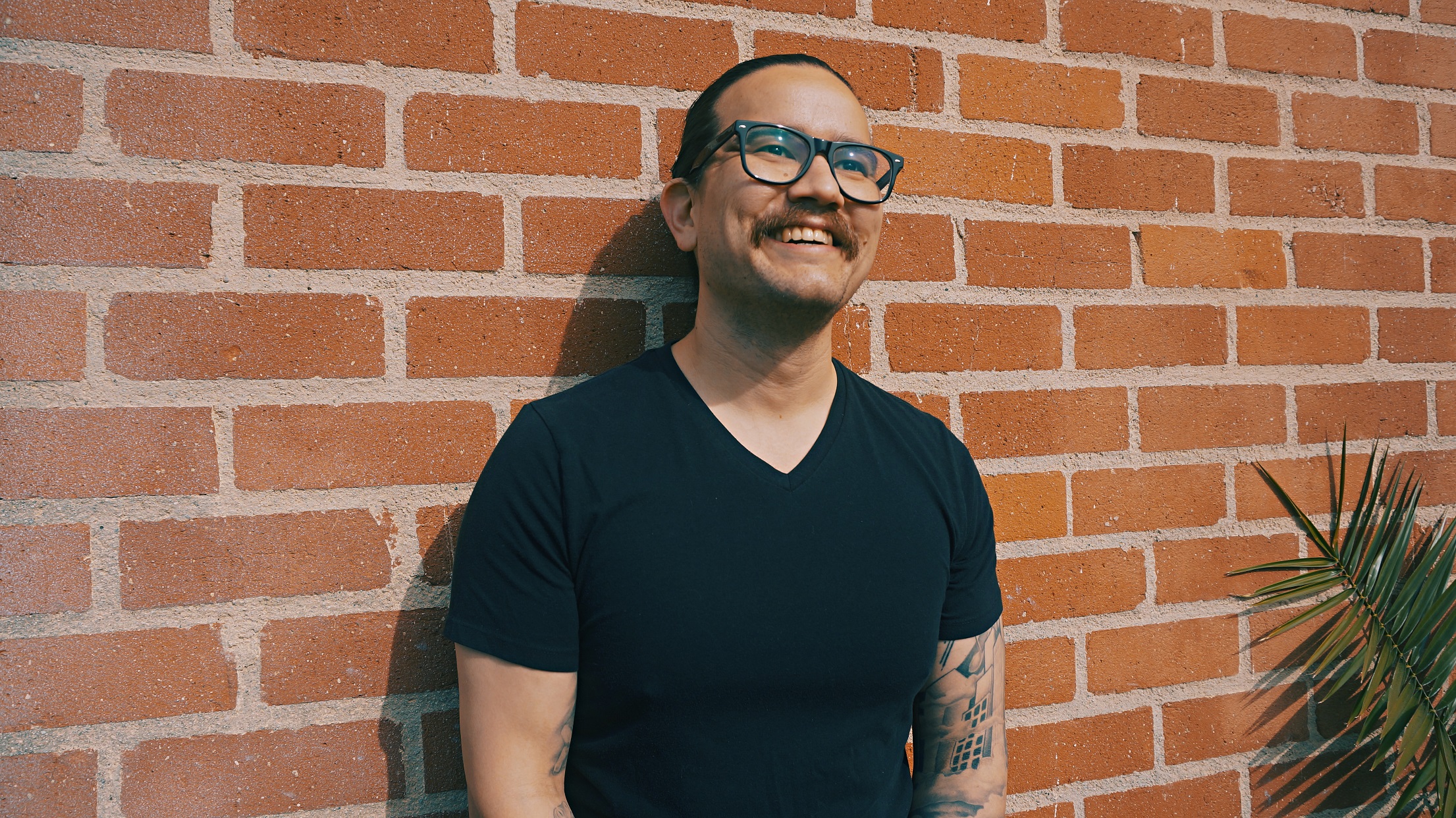 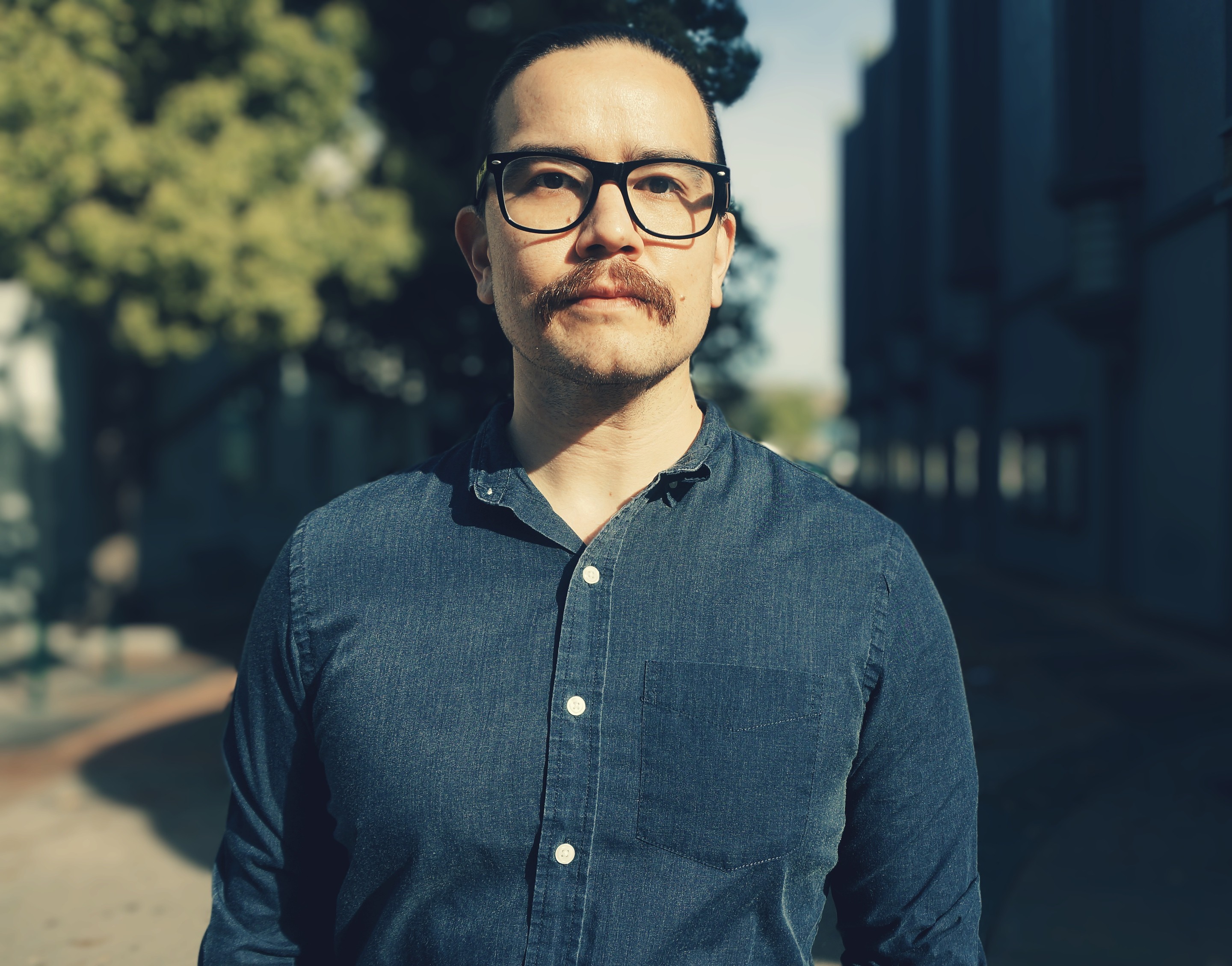 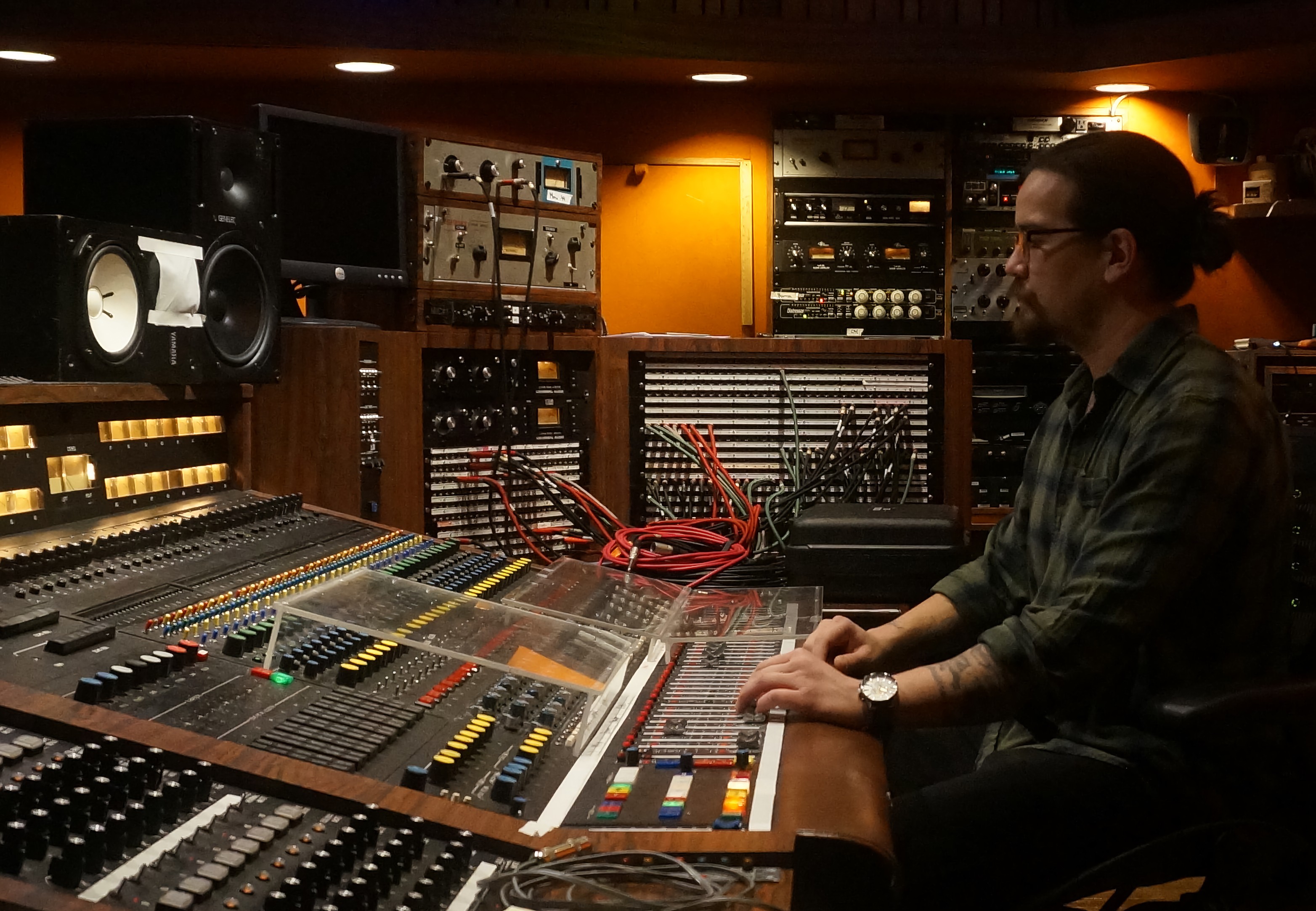 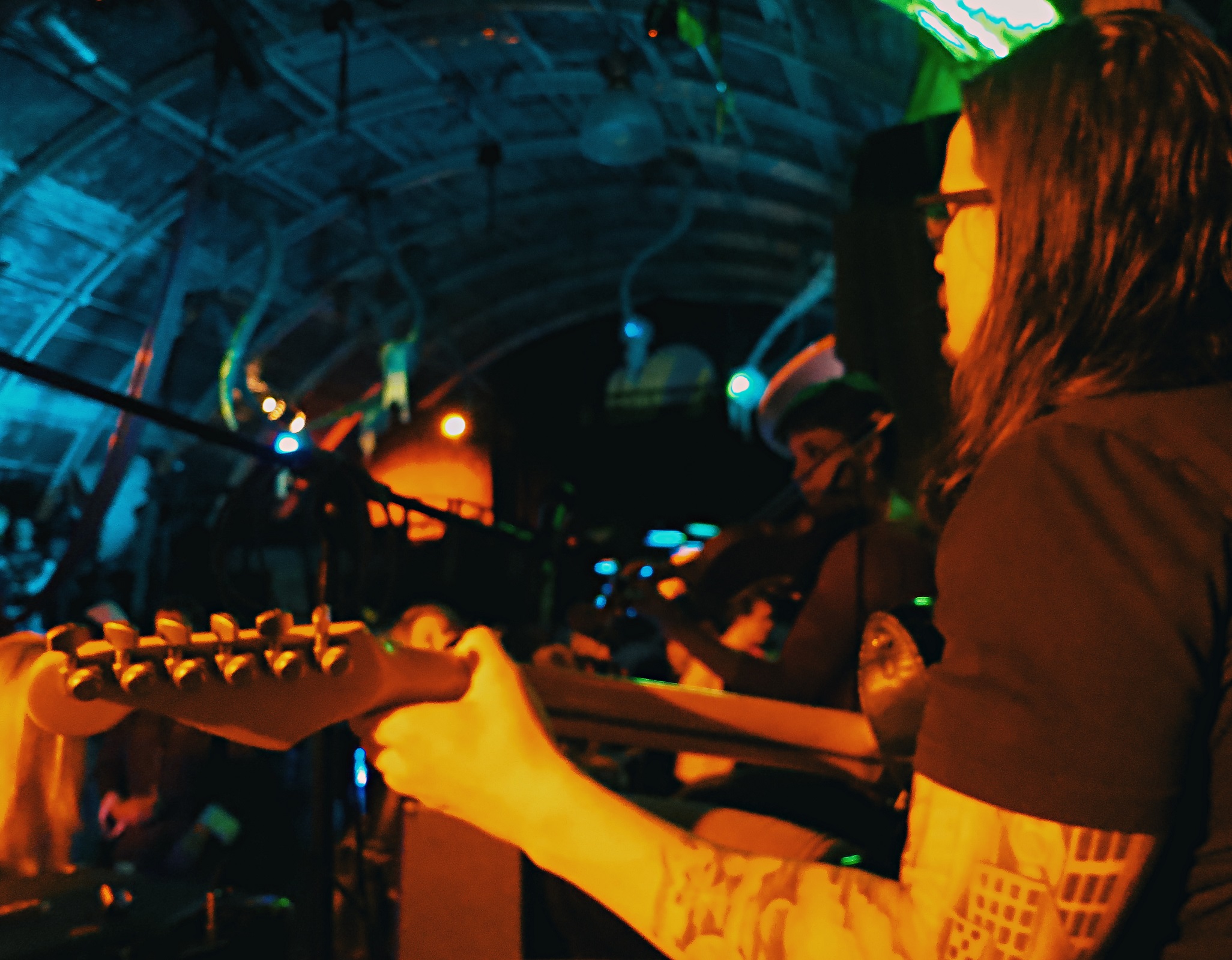 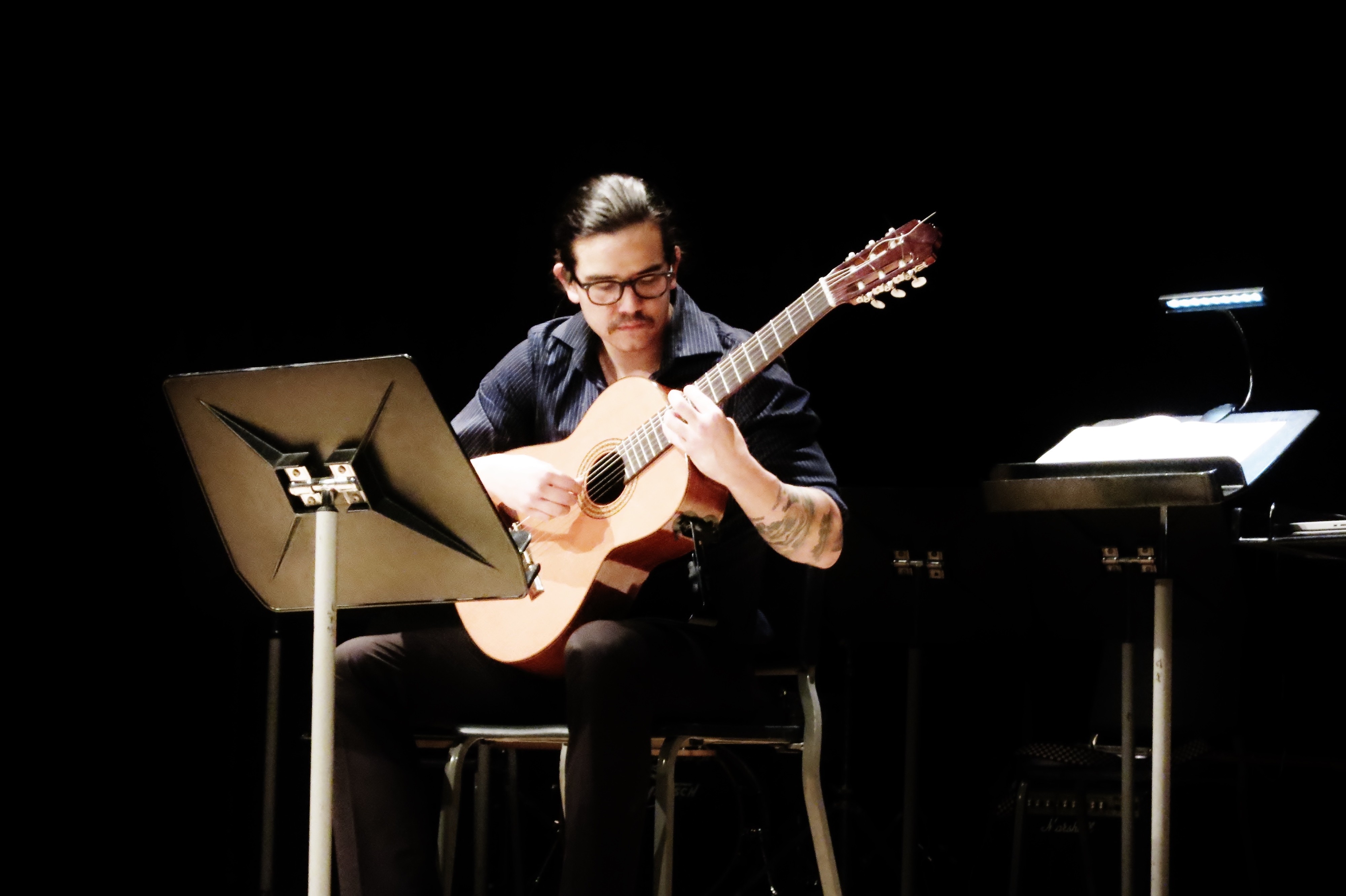