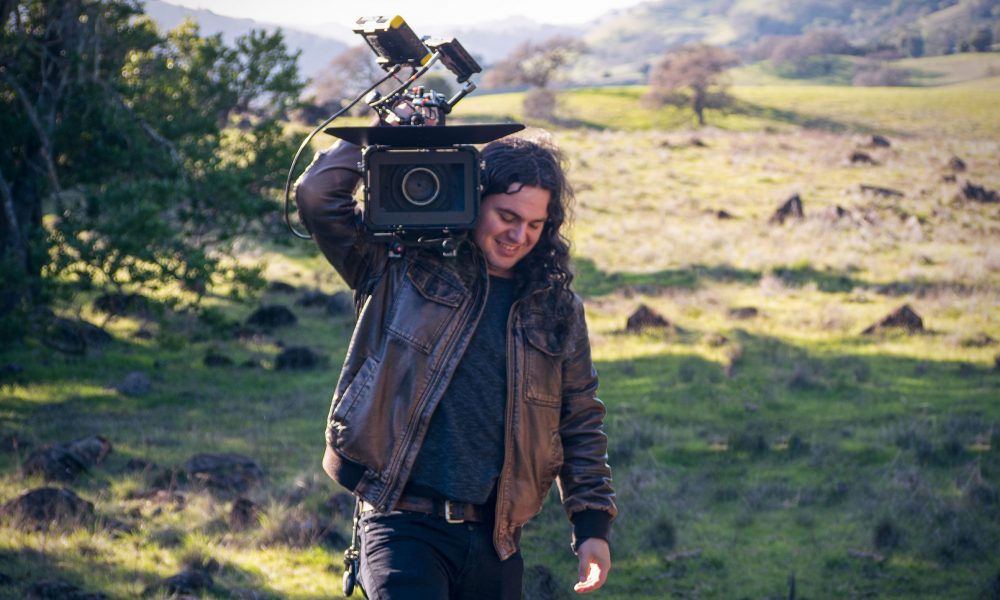 Today we’d like to introduce you to Michael Formanski.

Michael, please kick things off for us by telling us about yourself and your journey so far.
My story started in a farm town in Connecticut, where I spent my time killing boredom wandering through the woods and exploring old haunted buildings. During high school, my creative interests began as a musician writing black metal in my parent’s basement. Eventually, I moved on to studying Architecture in college, thinking it could work as a balance between creative pursuits and practical needs like stability. Architecture is great in theory, but having worked in a firm for a bit while in school, I realized it wasn’t the right fit. I had an itch for something more kinetic.

For me, things started to come alive artistically speaking when I moved to Providence. There’s a lot of catching up to do when you move to the city, culturally speaking. I moved into a punk house with seven roommates. There was a rotating cast of bands that practiced in the basement, an arcade in the living room crammed wall to wall with pinball machines, a 24/7 garage sale set up in a repurposed newspaper vending machine out front, and a canoe buried vertically in the backyard. Days were spent killing time on the front stoop, and nights were spent drinking cheap beer at DIY punk shows.

Providence has a certain flavor that’s hard to describe. It’s a bit scrappy, people would pride themselves on being in the worst band in town, but the creative scene was really where the city came to life. All of these artists and musicians built out their own living spaces in these pre-civil war era brick mill buildings that had sat vacant for years. They would convert them into DIY show spaces and venues, carving out rooms by hanging tapestries and collecting broken furniture.

This is the backdrop for where my pursuits in film making began. I started just rallying friends to make a slice of life films, future dystopias, and absurdist art films. As much as I love Providence though, it’s a small city and easy to outgrow. Eventually, it came time to take things to a larger city with more opportunity, which is how I ended up out West.

Life in L.A. is complicated. It can be overwhelming at first, even more so if you work in the arts. You’re surrounded by the titans of your industry, and the sheer amount of people is hard to comprehend especially when you come from a town where your graduating class was barely a hundred people. But now having been here for five years, I’ve had the opportunity to go through the Film Directing program at CalArts, and I’ve found myself surrounded by people who are tenacious and inspired, determined to make something of themselves and make a difference in the world. This is the level of passion that I’ve always wanted to be a part of.

Since finishing grad school, I now pay my bills working in the film industry as a cinematographer while pursuing my creative interests in writing and directing my films and writing music.

Can you give our readers some background on your art?
I am a filmmaker who writes and directs, as well as a musician. Music is the ultimate catharsis. Playing guitar is the one thing where I can completely lose myself in it, and the rest of the world just falls away. My style of guitar playing is based on mass and texture and comes from a cross between metal and cinema scoring influences. I play through an absurdly large setup, a guitar amp slaved into a bass amp with multiple cabs. It’s not so much for playing at high volume, but more for massive rumbling drones. I’ll also play by incorporating a cello bow, or by weaving wooden sticks through the strings for a wide array of textures. All of these elements work well for creating cinematic moments.

The pieces I write and perform are live metal scores to silent films, for movies like Faust, Metropolis, and Nosferatu. The Faust score comes from a raw and primal doom aesthetic, drawing from bands like Sunn o))) and The Body, mixed with gothic cello sections and clean folk melodies. The Nosferatu score, on the other hand, draws more from black metal bands like Emperor and early Dimmu Borgir. The guitar sections lean toward melodic, and pair with 90’s synthesizers for more of a symphonic and lo-fi aesthetic.

The films I make generally take on socio-political issues. The Iron Wall, my most recent film which premiered at Palm Springs Shortfest, confronts toxic masculinity and its impact on homophobia in blue-collar New England. It’s all about how we’re brought up to act like men, how we’ve been conditioned to be a gender of silent emotions. We’re taught to never cry, to be self-reliant, always be number one, never appear feminine, not to be overly affectionate, etc… These are some of the qualities that can impact things like homophobia, and ultimately lead people to treat those who identify differently than themselves in destructive ways.

The next project coming up is a sci-fi feature script about genetic engineering. It investigates not only the breadth of possibilities for how we as a society can grow and cope with many of the negative impacts we’ve had on the planet but also the dangers of genetic engineering and how it can be used as a tool of oppression.

Do you think conditions are generally improving for artists? What more can cities and communities do to improve conditions for artists?
The conditions for artists today depend on what you’re trying to do and where you’re located. It seems to move both ways; some things are easier, while some things have become more difficult. Today there’s more opportunity than ever to carve your path as a creative through connectivity on the web. Social media gives you a chance to cultivate your audience in a way that people have never had access to before. On the other hand, we now face challenges like devastating amounts of student debt that completely cripple our ability to create a sustainable foundation, never mind leaving any room for the opportunity to invest in our work to take it to the next level.

One of the things about the creative industry in L.A. is how much of it is based on a “who you know” currency. I mean, in a way I get it. When I need to hire someone to work on a production, the first thing I’ll do is call people whose opinions I trust and ask for a recommendation. I’ll take that over an internet rando any day. But therein lies the problem for anyone with aspirations to move up to the next level. There need to be more ways to be introduced to these networks, and build relationships with people that you’d like to work with in the future.

What’s the best way for someone to check out your work and provide support?
My latest film, The Iron Wall, can be seen here on Vimeo: https://vimeo.com/316684698 For live cinematic scores, stay tuned to my Instagram. The next round of performances will be a small West Coast tour coming up this Fall. 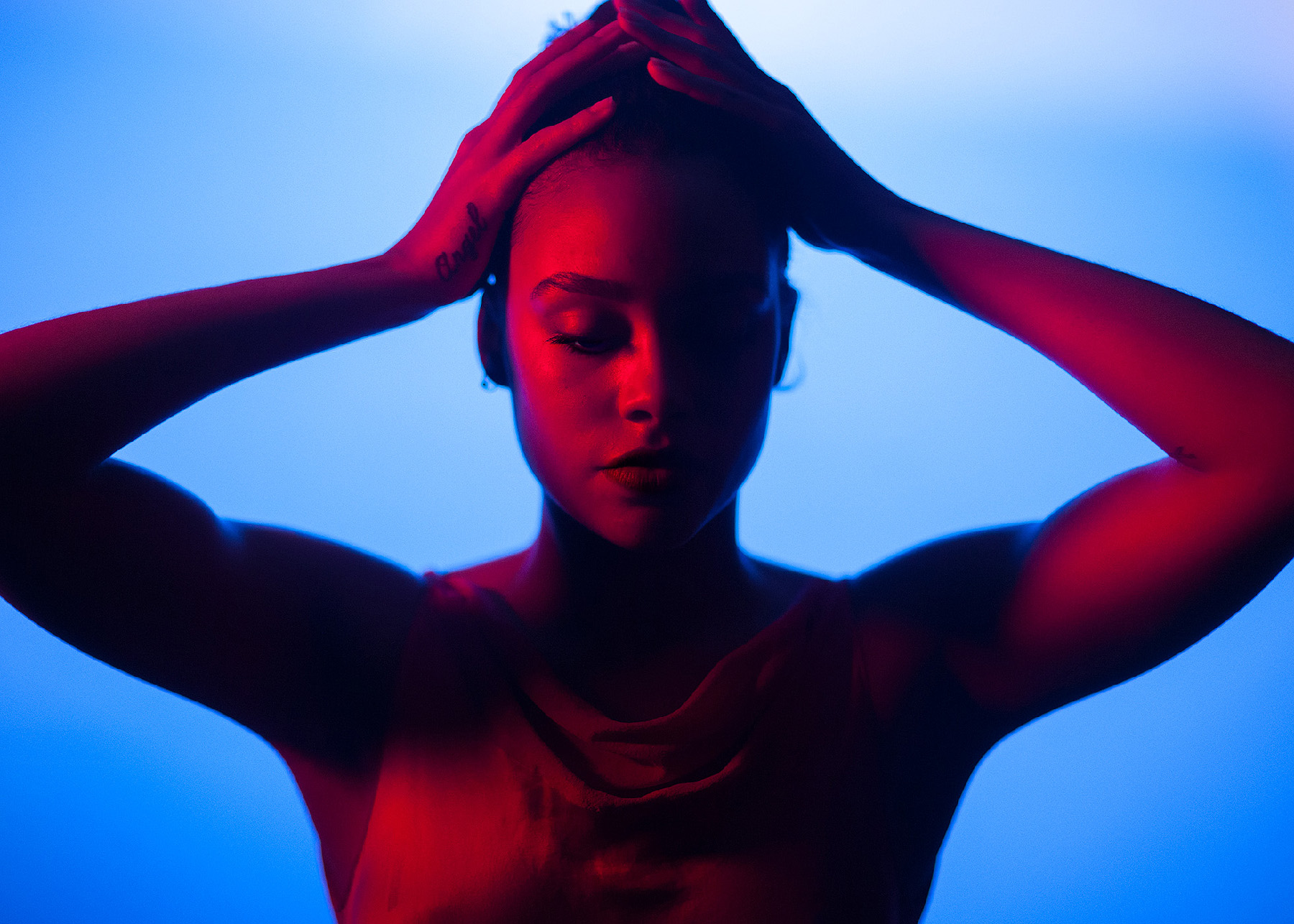 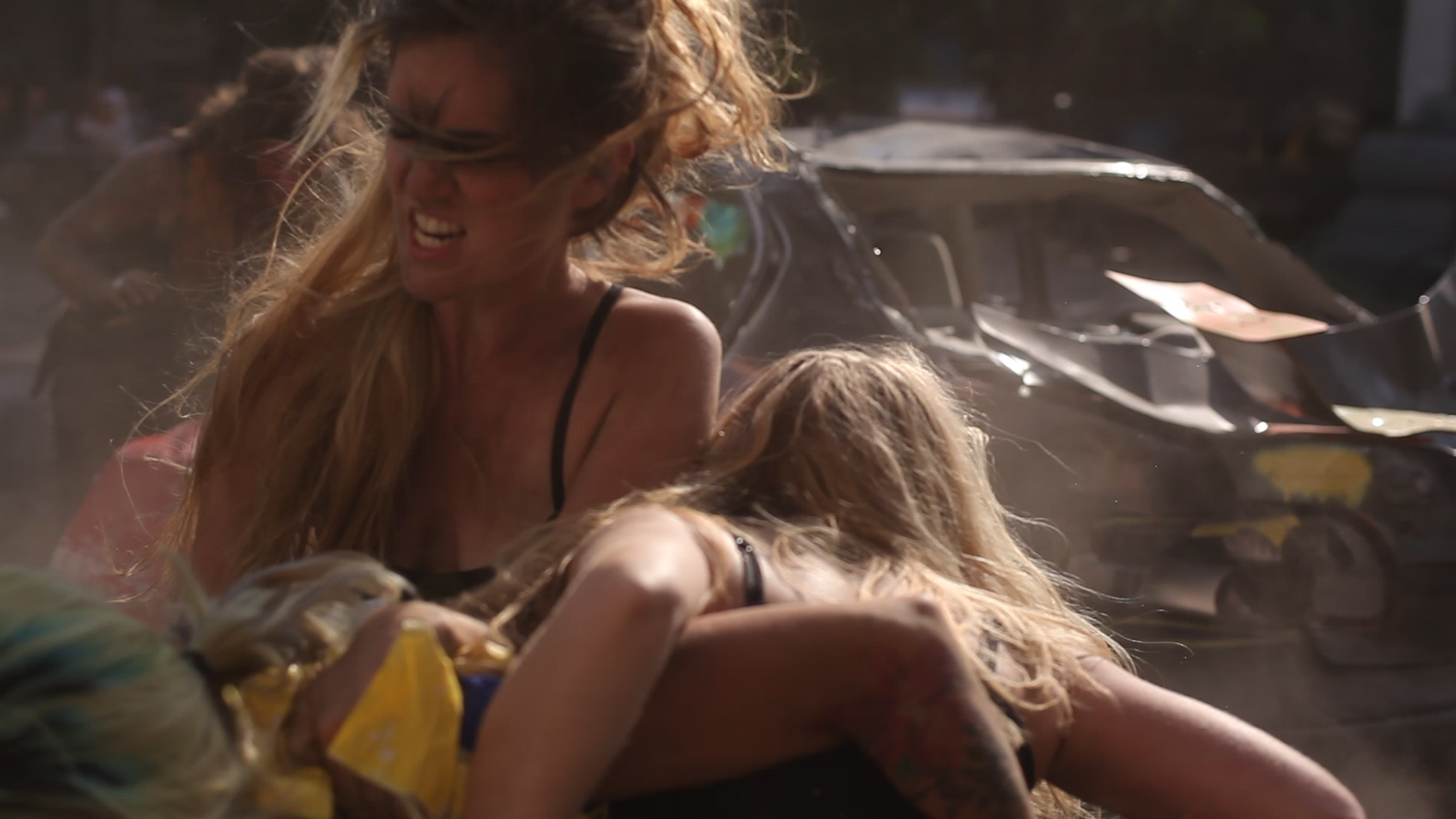 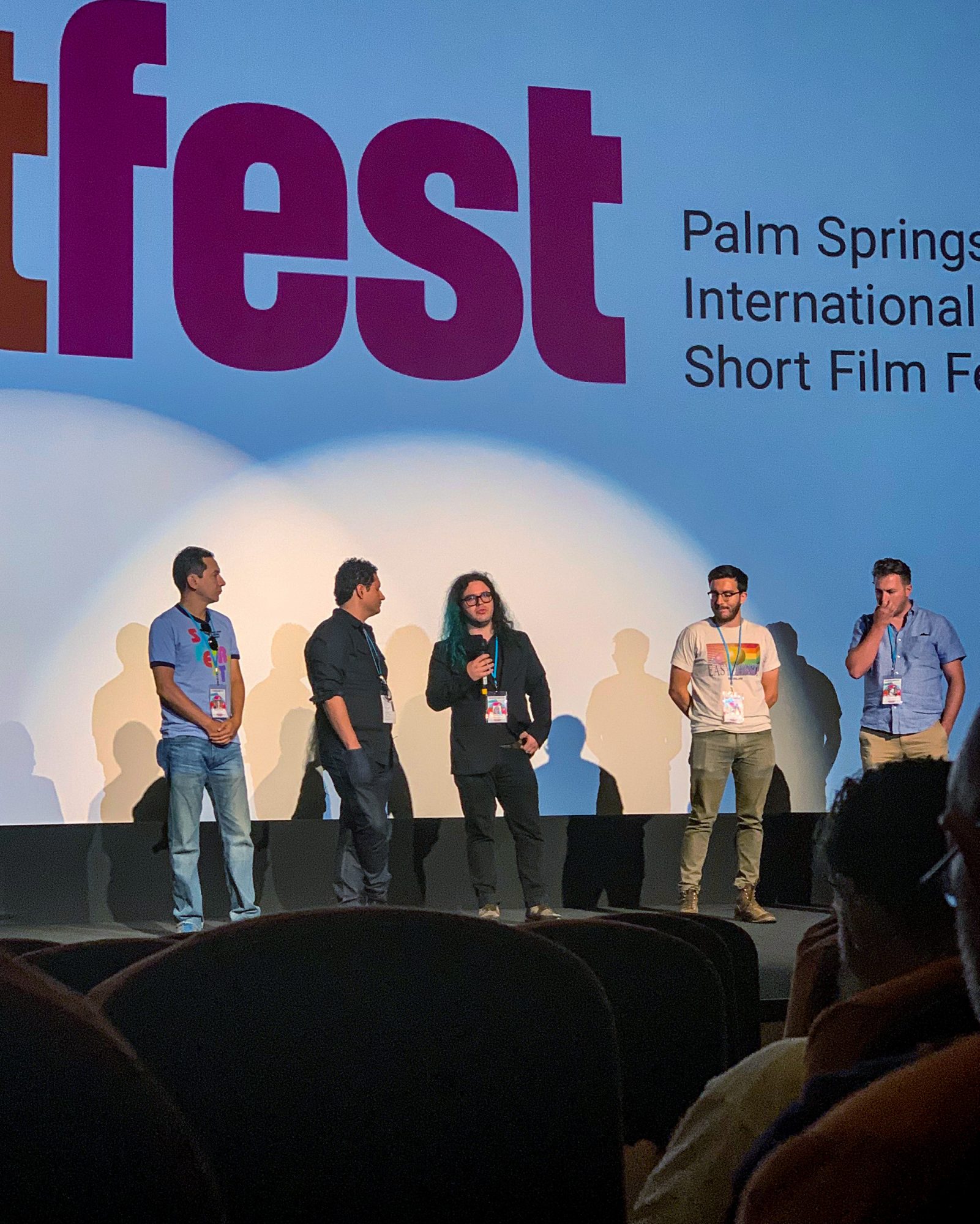 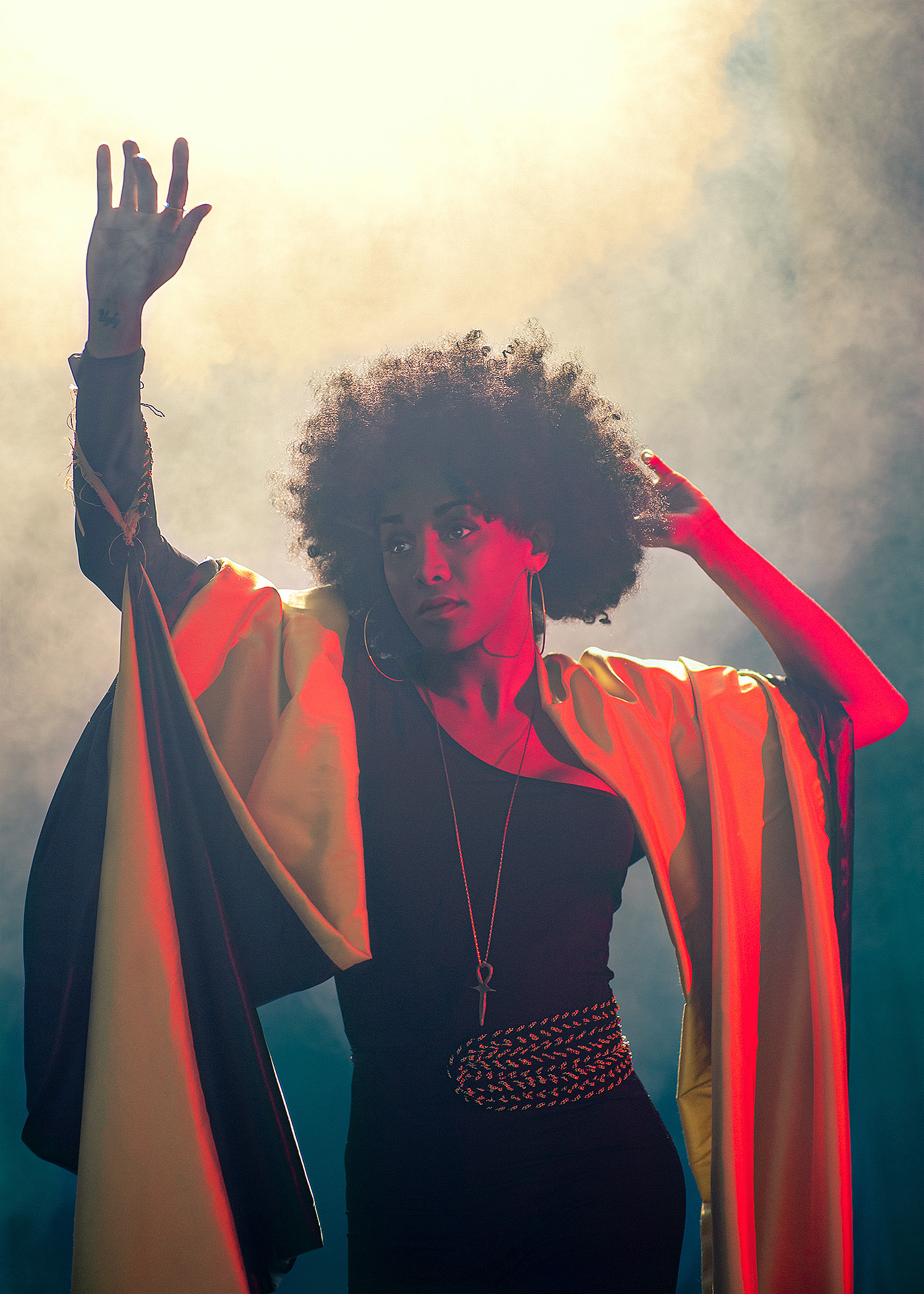 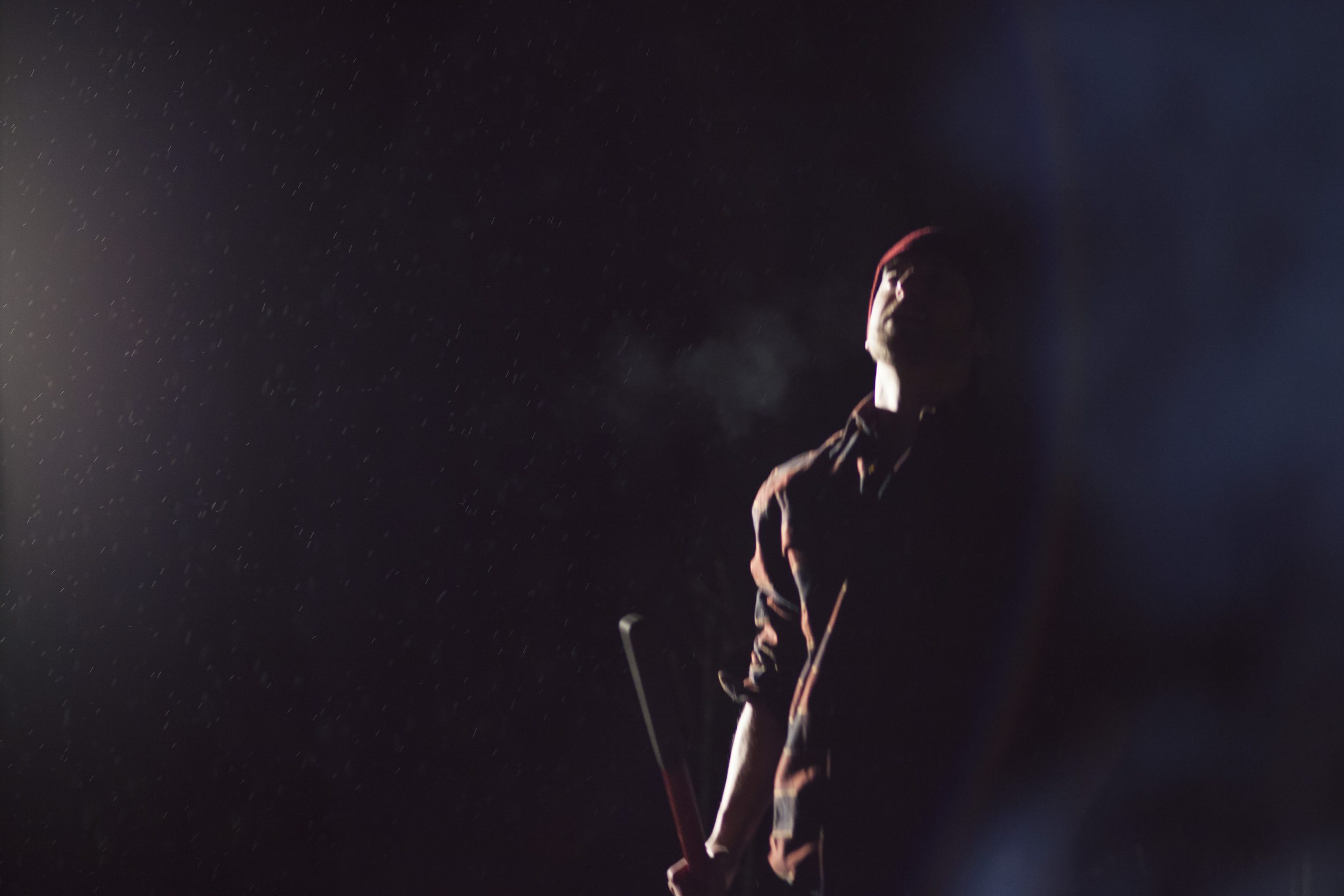