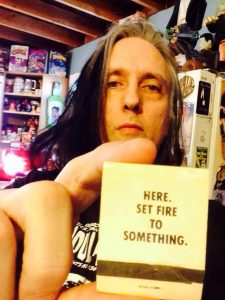 Today we’d like to introduce you to Howie Pyro.

Howie, please kick things off for us by telling us about yourself and your journey so far.
I left home at 15 years of age from Queens New York & headed to the Lower East Side of Manhattan & witnessed the dawn of the punk rock movement. I became one of the youngest musicians on the scene with my first band The Blessed formed in 1977. I went on to play, record and/or write with Joey Ramone, Ronnie Spector, Johnny Thunders, Danzig, Rancid, D Generation, Psychic TV/ Genesis P. Orridge, Jesse Malin, Debbie Harry, Jayne County, The Gun Club, Mark Lanegan, Kid Congo Powers (Gun Club, Cramps, Nick Cave & Bad Seeds), etc. With my 90s band D Generation, I toured the world with everyone from The Ramones to Kiss, Green Day, Social Distortion, etc. I have also done Music supervision work for films & TV, & am a well known Disc Jockey. I have a radio show called Intoxica! on luxuriamusic.com, which in the last 12 years has become a worldwide phenomenon, bringing me to do live parties all over America, and from the U.K. to South America. I’ve had a 10 year long (so far) weekly residency at The Ace Hotel in Palm Springs & Downtown LA, and have deejayed for everyone from the Cramps (live shows) to Christina Aguilera (her 21st birthday party) to Genesis P Orridge’s induction into Santerian Priesthood, fashion shows & Hollywood celebrity events (i.e. premiere party for Mad Men TV show, Christian Dior, Sundance Film Festival, Blue Man Group Opening in Las Vegas, The Burlesque Hall of Fame/Miss Exotic World events, and Agent Provacateur fashion shows) as well as notable clubs such as Max’s Kansas City & The Mudd Club (1970s) to The Viper Room & Chateau Marmont, and new popular LA club nights Cretin Hop & Green Slime. I co-created one of NYC’s longest running dance parties, GREENDOORNYC which was a (mental) institution for close to 15 years culminating in the infamous 3-floor club on St. Marks Place in the East Village called Coney Island High, closed down by then (awful) Mayor Adolph, I mean Rudolph Giuliani. I’ve been a guest DJ on WFMU NY as well as Indie 103.1FM LA.

Can you give our readers some background on your art?
I’m not an artist in the classical sense, though I move through all the artistic disciplines without any form of discipline of my own…I feel I am my art in the way that I have internalized my “art” and others to the point where I can’t see the separation line between myself and “it”. I have done art, I come from artists & my sister has been a lifetime artist (commercial & otherwise)…I love finding artists, pushing them to people that would appreciate it, working on books, loaning things to museums/exhibits, I’m a big collector & pretty much live in a museum. I do art more when challenged than as a way to express myself. I have so many creative outlets that I don’t feel the need to distinguish one from the other, which is why I say I “am” my art. It’s not a hobby. I don’t work at a bank and escape from my dreary existence on the weekend with my “toys”. I’d be dead if I ever entered into reality like that. I have spent every waking hour of my life pursuing my obsessions, which is an art in itself. My obsessions are the “other” things, the art/music/books/films/trinkets/collectibles/all pop culture oriented, but the overlooked of all these subjects. Due to the nature of collecting and “digging” and unearthing, as time goes on collectors who have collected everything that has been discussed and written about, and the ones that exploit collectors seeking something else to repackage & sell, it’s inevitable that the layers are peeled away over time and we seek more and more obscure art/music/films, etc. in order to just experience something for the first time again. That first rush. For whatever reason, even as a child, I seemed to start at this point instead of the other way around like many others. Making the discoveries, putting the puzzles together as I always say. As I spend all these years, I start to see recurring names, faces, places etc. and I have connected the dots and realized many unknown histories where there were no dots previously at all, and THIS is the payoff. So much has been explained by doing these “puzzles”. This is possibly the most fulfilling “art” of mine. I hope to re-connect unknown bizarre geniuses with THEIR art. 90% of these people are long dead and never knew or cared about what I consider their “art”. Not always, but much of the time when you find these people they are embarrassed about their younger years when they did what was supposed throwaway and forgotten. I’m not alone in this/these endeavors, but I was at first, at least as far as I knew.

When I first left home and started meeting the people that would become my chosen family, the first wave of New York Punk Rock people. Meeting artists, musicians, photographers, promoters, club owners, DJs, etc. and talking into the night to sunrise about my obsessions, learning theirs, that I hadn’t come across as yet. I realized at this point that I wasn’t alone and in the last 42 years, an entire world has created itself revolving around this stuff. Companies like Norton Records, Something Weird Video, the hundreds of fanzines, books, videos, etc. have shown that the unknown history, the flip side of pop culture will always have people at the edge of their seats…

In your view, what is the biggest issue artists have to deal with?
The internet. It’s made people lazy, and it’s stopped people from mingling and going to see art in person which is really the only way to see art, experience the power of music, see films, etc.

Besides that things are so scattered and unfocused again, due to the internet, in my opinion, as people scan through whatever happens to be in front of them at the moment and then move on. It’s easy to “collect” followers on Instagram, but how many will show up for your show?

What’s the best way for someone to check out your work and provide support?
Inquire within to donate through paypal!! There’s an archive of my radio shows at www.jellsmayhemsgarage.podomatic.com (it’s a live radio show that gets recorded & then posted on a podcast network)…I did 3 or 4 episodes of a show, as an experiment. They are on YouTube, search “Howie Pyro’s Sick Sick World”. Here is a link to one of the episodes: https://www.youtube.com/watch?v=s3Mh6ksU7QA
I also DJ all over LA as stated earlier. 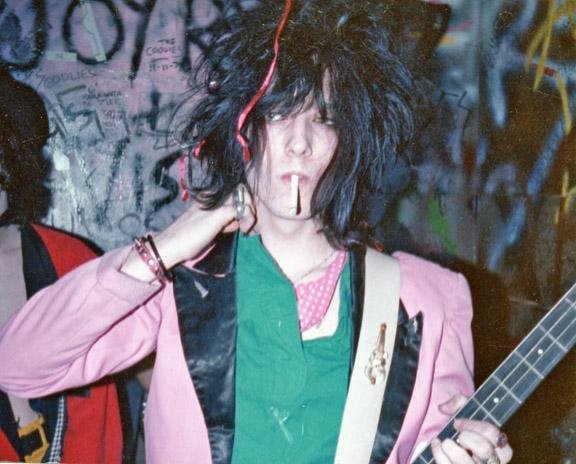 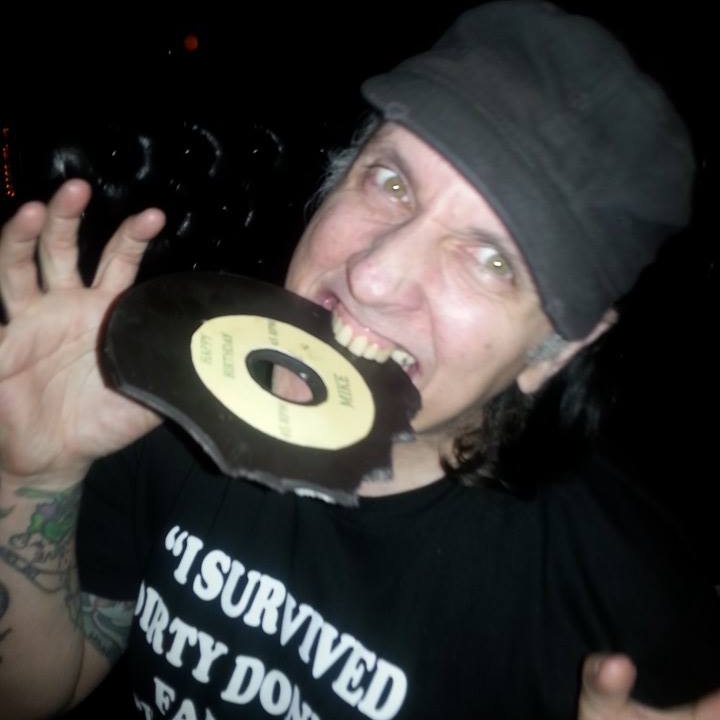 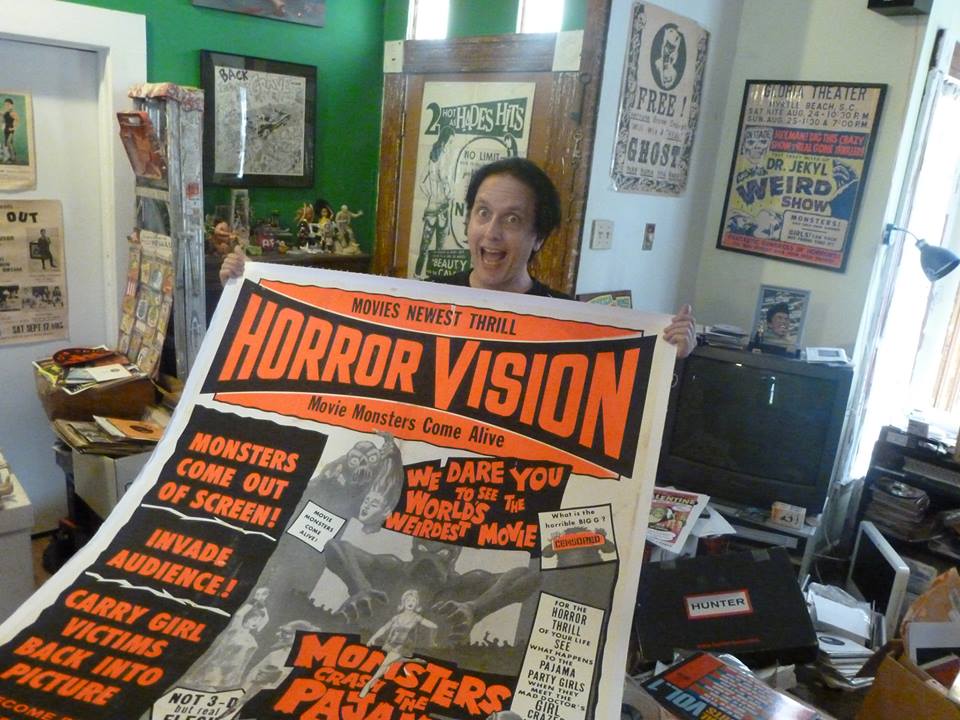 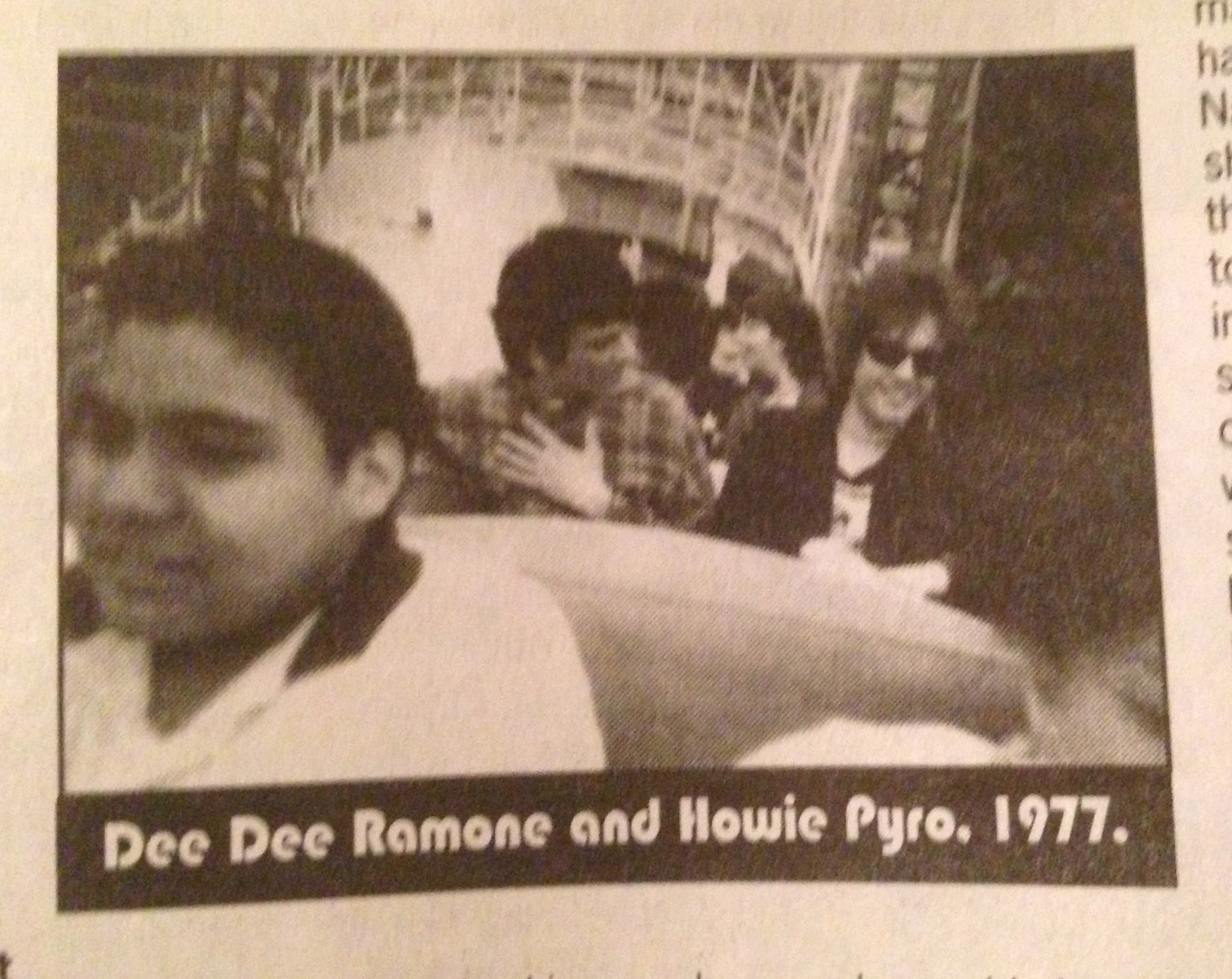 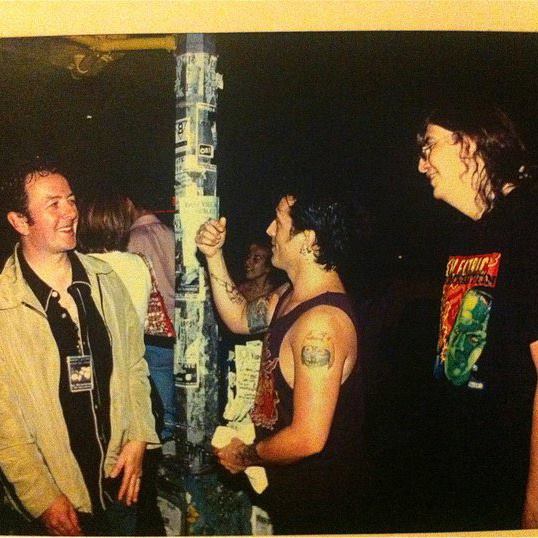 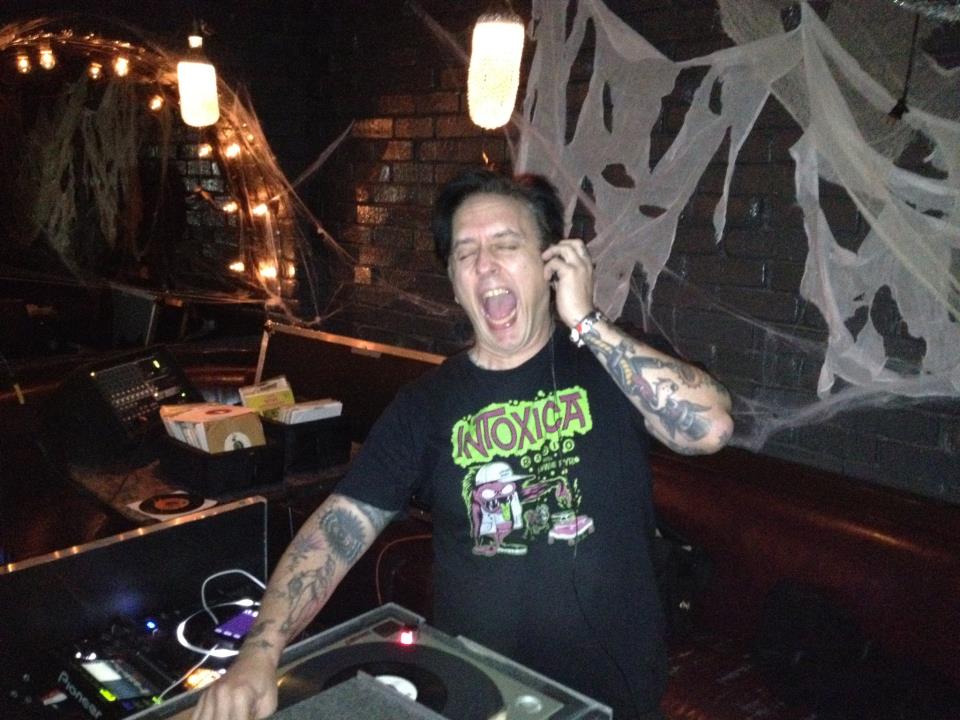 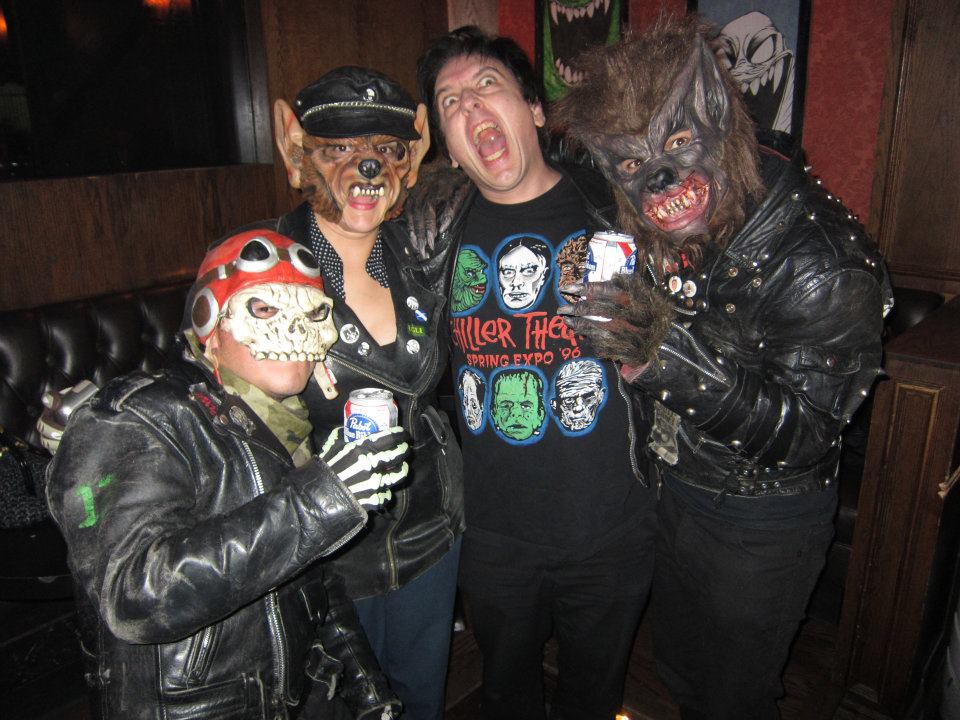 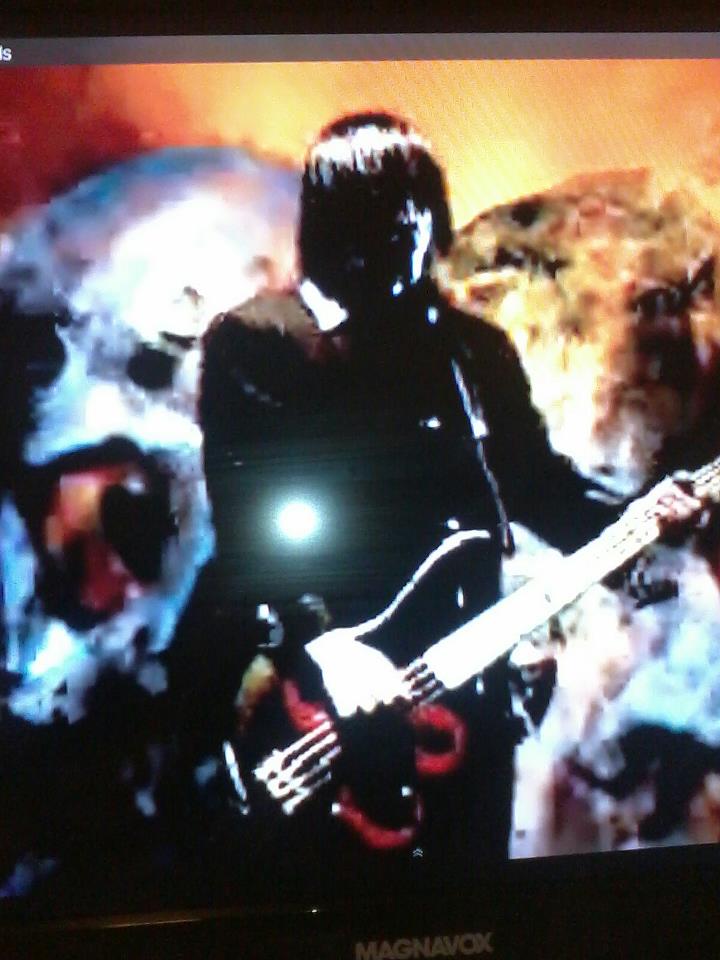 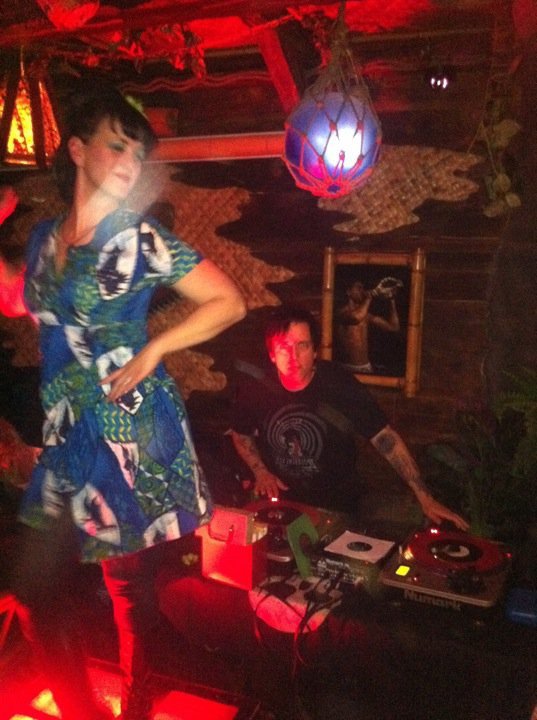 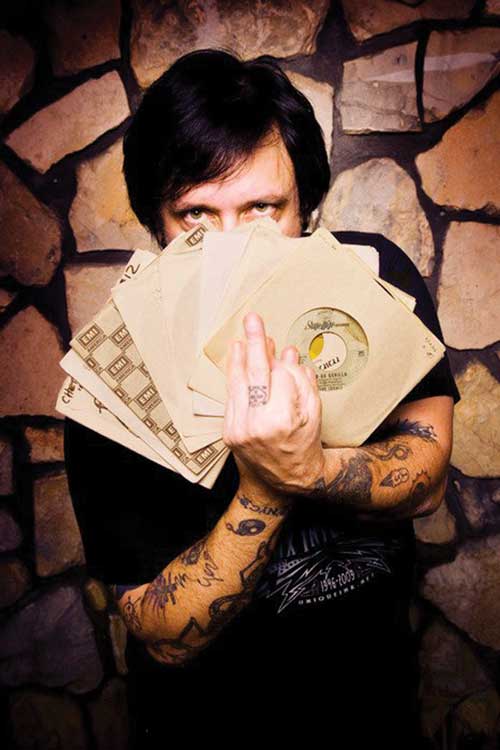