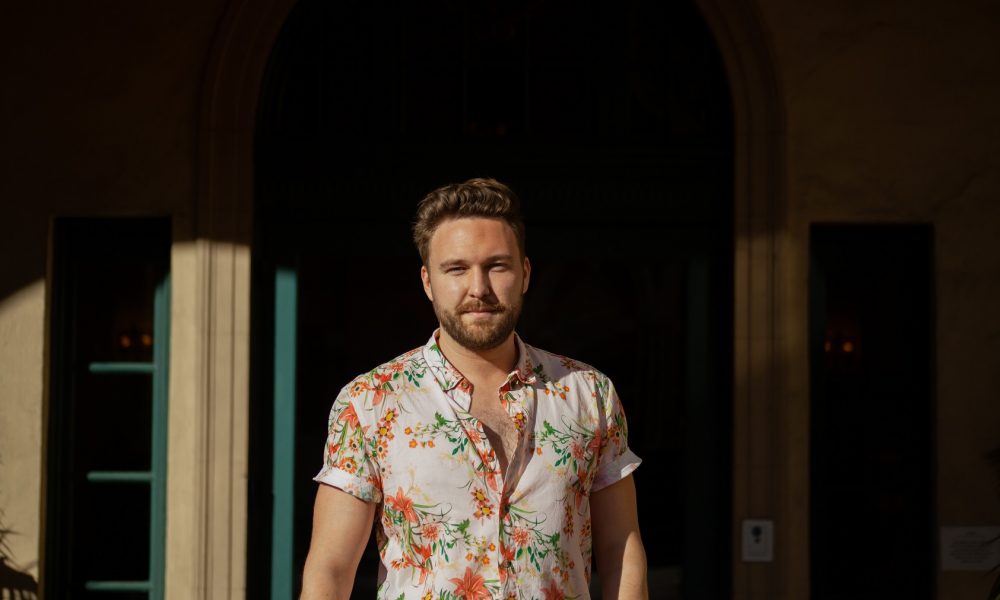 Today we’d like to introduce you to Tyler Pina.

Hi Tyler, it’s an honor to have you on the platform. Thanks for taking the time to share your story with us – to start maybe you can share some of your backstory with our readers?
Growing up as an only child, I spent most of my time alone watching movies and TV shows since I didn’t have any siblings around at home. The stories I watched shaped my view of the world. So at a very young age, I understood the value of this platform and the strong influence media has on our society. There’s an opportunity to inform, connect, and educate people in a very intimate way. So I’ve always had a strong passion for this method of storytelling, and I looked at it as another method of communication — something much deeper than just words.

But growing up in a small town outside of Cleveland, Ohio, I never imagined that I would be able to make it in the entertainment industry. I actually went to college at Kent State University for architecture, choosing a “normal” career that I thought would give me a stable adult life. But after completing an internship at an architecture firm, I realized that I would never find happiness in life if I wasn’t being honest to myself and pursuing my passion. If I was going to work this hard for something, it had to be something that I really loved. Otherwise, I was just wasting my time.

The school that I was attending at the time didn’t have a film program. I thought about transferring to another University, but I saw a different opportunity and wanted to pave my own path. So I joined student government and worked with the administration to develop a film program at Kent. A unique component of the curriculum, which set it apart from others across the nation, was the development of a fully student led feature-length film. At the age of 20, this became my first film that I had directed, and (somehow) it did well enough to achieve international distribution. I graduated from the University with a film under my belt and a degree that I helped create. But I was still living in this small town in Ohio with limited opportunities at my reach. So I moved to California.

At this point in my life, I wasn’t quite ready to move to LA. I wanted to continue directing and producing. And, moving to Hollywood with limited resources and connections, I feared that I would end up spending years getting people coffee rather than building a name for myself and further developing my skill set. So I choose to move to San Francisco first, a bigger city, but not quite as competitive as LA.

I arrived at SFO with a single suitcase, no money, and loads of student debt. I think most people would have been terrified, but somehow I felt so comfortable in the city. The only emotion I could feel at that time was excitement.

The Bay Area is known as the heart of the tech industry. It’s home to numerous startups and growing companies, many of which in need of commercials or promotional videos on a dime. I tapped into this market right away, and began to make a name for myself creating high-quality content on an affordable budget. This was my edge until I was able to book larger projects with more appropriate budgets.

After freelancing for a while and developing somewhat of a reputation, I was eventually approached by and offered a job as a director at Vox Media, where I worked for just under four years creating digital content for their media verticals The Verge and Recode.

At Vox Media, I was given incredible opportunities as a creative — getting the chance to travel the world to produce and direct documentary-style videos. I learned how to work efficiently, stay relevant, and I really grew as a storyteller. It was here where I discovered my ability to understand people very quickly on an empathetic level. And, I learned how to use this “tool” to more accurately and emotionally share people’s stories on camera. I also won my first Emmy at Vox for a series I worked on titled Next Level. Overall, it was an incredible experience.

While I frequently spent time in New York and LA for work, San Francisco was still my home base. Living in SF for so long, it was becoming very clear to me how profound the homeless epidemic was in the city.

To paint a picture — you could be in the wealthiest part of town with multi million dollar apartments all around, and, on the same block, there were dozens of homeless people on the sidewalks struggling each day to survive. Living in the city, you become numb to it. It’s so in your face and overwhelming that people choose to ignore it. You walk down the street and only look up or forward, not at what’s happening all around you. And, I caught myself doing this as well… But one day, I couldn’t pretend that I didn’t care anymore.

I stopped just walking by, and I started talking to the homeless people on the streets. I went to shelters and started educating myself on this epidemic. I learned about the correlation between the criminal justice system and homelessness, the lack of resources available for people to get back on their feet, societal stigmas, and the personal stories of so many people whose voices have been silenced. I wanted to raise awareness so I created a short film titled 88 Cents.

The film gained a lot of attention. It played at Cannes in 2018 and was selected to screen at over 70 other international film festivals, winning a total of 67 awards and 33 award nominations. It’s currently streaming on Amazon Prime. But most importantly for me, people saw the film and could now begin to feel some sort of connection to a community that they otherwise might not have. I started hosting screenings with different organizations and influential speakers to try and showcase not only these problems but different avenues that can help aid the situation.

As I started traveling with the film, I realized that it was time for me to focus more on these types of projects. So I left Vox Media in the summer of 2018, moved to Los Angeles and started my own production company Neon Flamingo Films.

Here in LA, I continue to produce creative content. I try to select projects that tell stories I think are important or can connect people in this unique way.

LA has been an incredible home for me. I’ve met so many inspiring people and have had incredible opportunities to share stories that I’ve felt very passionate about. The most recent series I produced was titled the Comeback Coach, in partnership with Verizon. For this show, we paired professional business coaches with small business owners to help them rebuild and overcome obstacles faced by the pandemic.

Alright, so let’s dig a little deeper into the story – has it been an easy path overall and if not, what were the challenges you’ve had to overcome?
I would say that so far everything has worked out, but it wasn’t ever easy. I took a lot of huge risks, but somehow each risk has brought me an even greater reward. You have to be fearless. When I first moved to California, I had nothing. I moved into a house in Lower Haight with 14 strangers. I slept on a bunk bed in a room that I shared with seven other people. But those strangers became my best friends. At the time we didn’t have much, but we had each other. It was an exciting time! Everyone I lived with was incredibly brave, passionate, and motivated. Their drive was inspiring and it helped fuel mine. I’m really proud to say that we all have our own bedrooms now, working jobs that we love.

The next big leap for me was moving to LA. I left a very stable job and a great life, came to a new city, and started a company from the ground up. That wasn’t easy. But my heart was in it, and I found a way to make it happen.

Thanks – so what else should our readers know about your work and what you’re currently focused on?
Currently, I am focused on telling stories that have a unique perspective or what I feel is an important message. At this stage in my life, I have two businesses that I’m running: my production company and my individual career as a director. I have some big projects in the pipeline for Neon Flamingo Films that I’m very excited about and a show that I’ll be directing later this year with another studio. But I’m also putting an effort in my personal life. At the end of the day, for me, it’s all about people. I tell stories to connect people, and I’m trying to give that to myself as well. Life is about balance, and it’s about living. 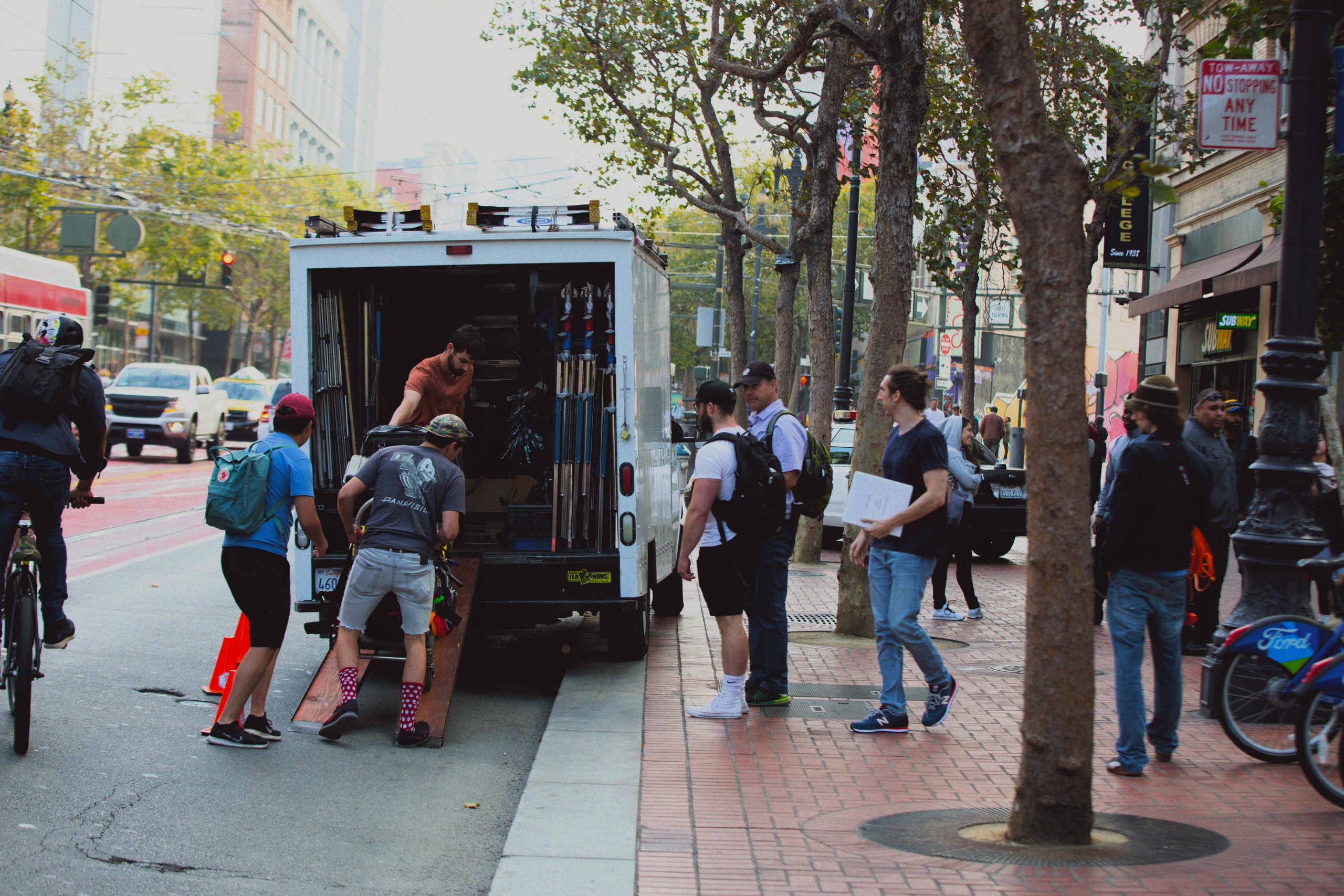 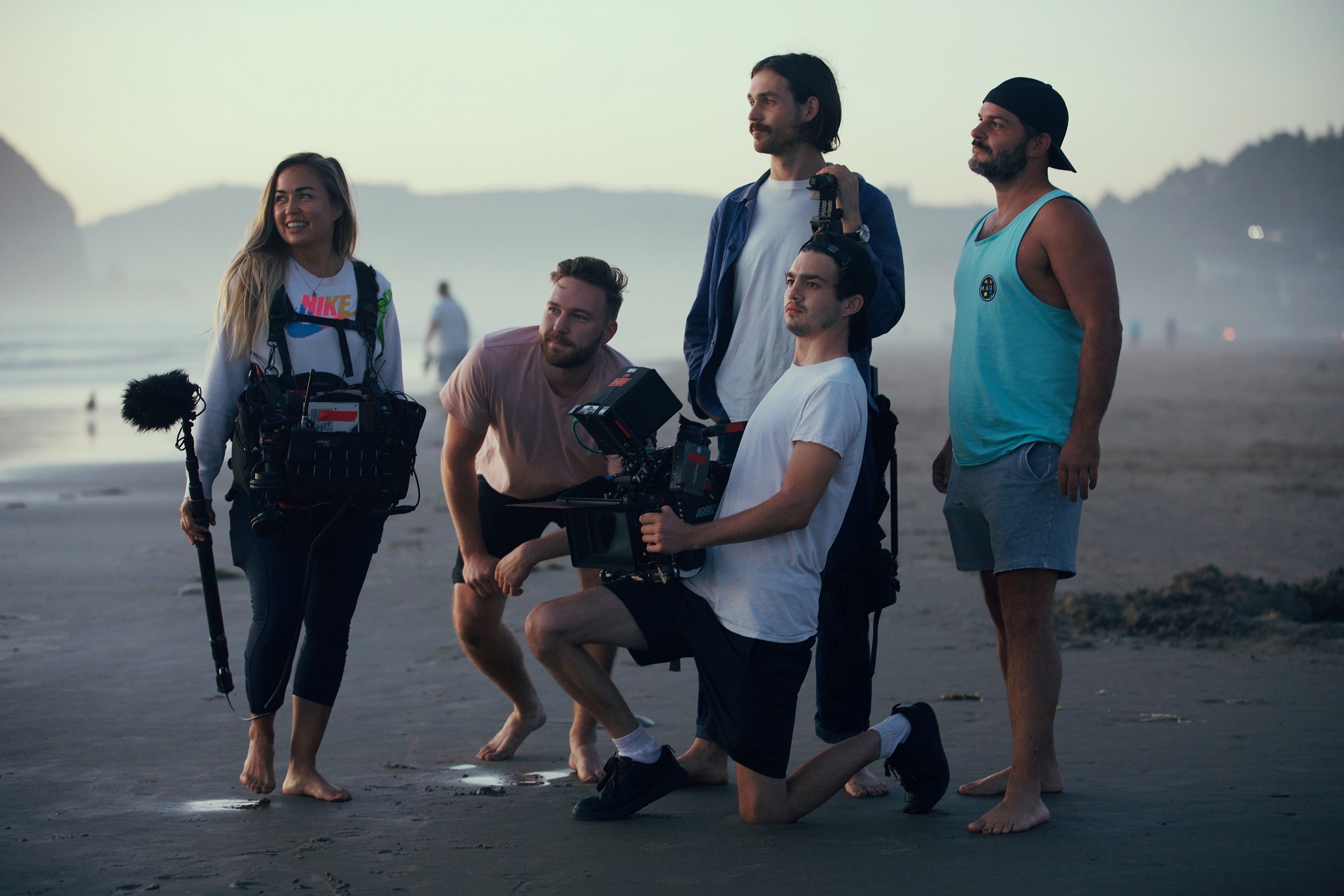 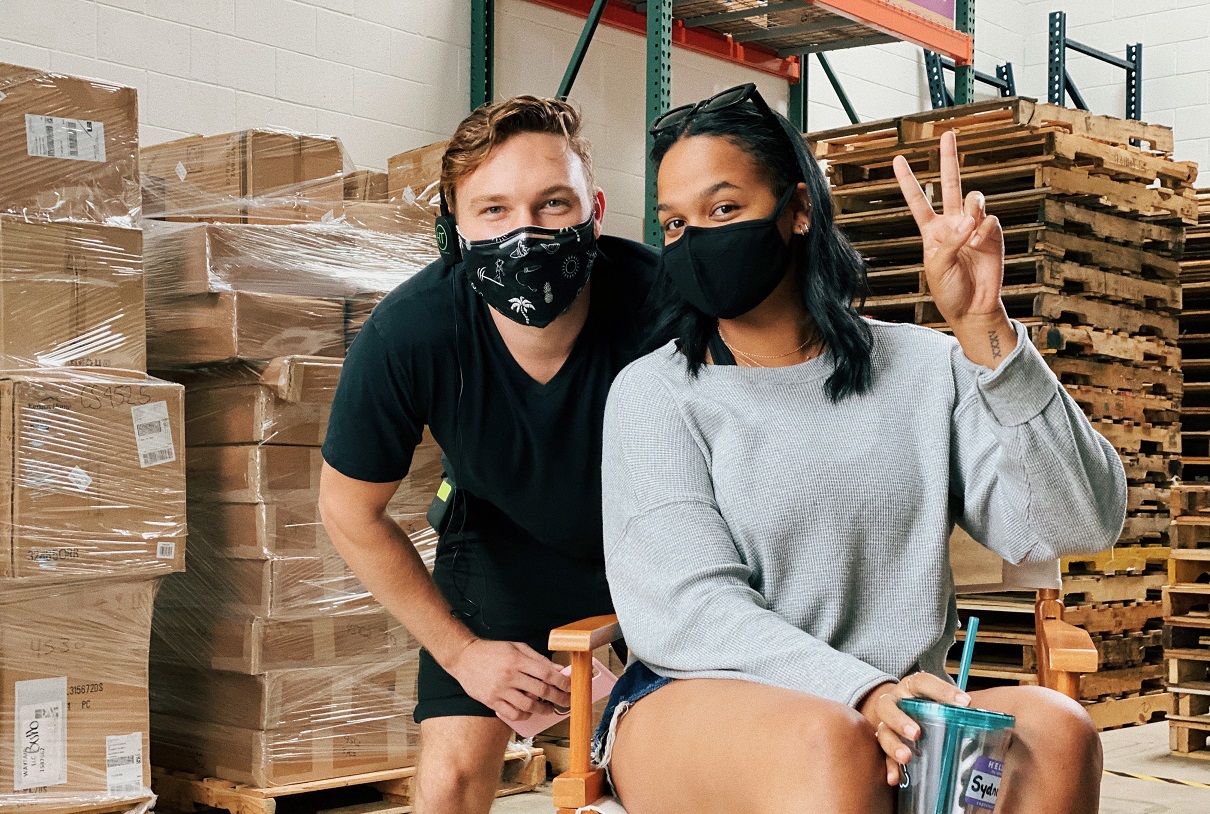 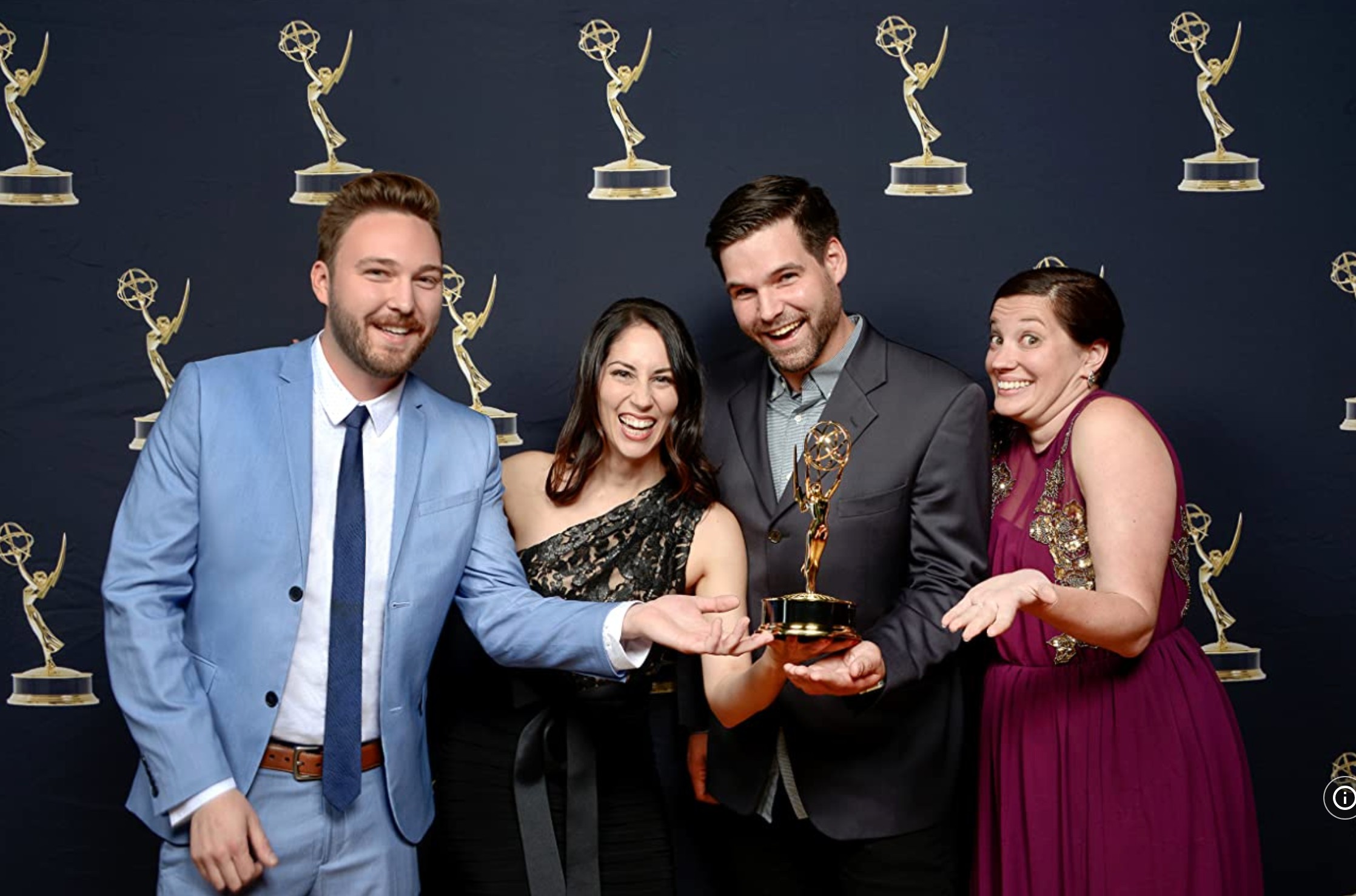 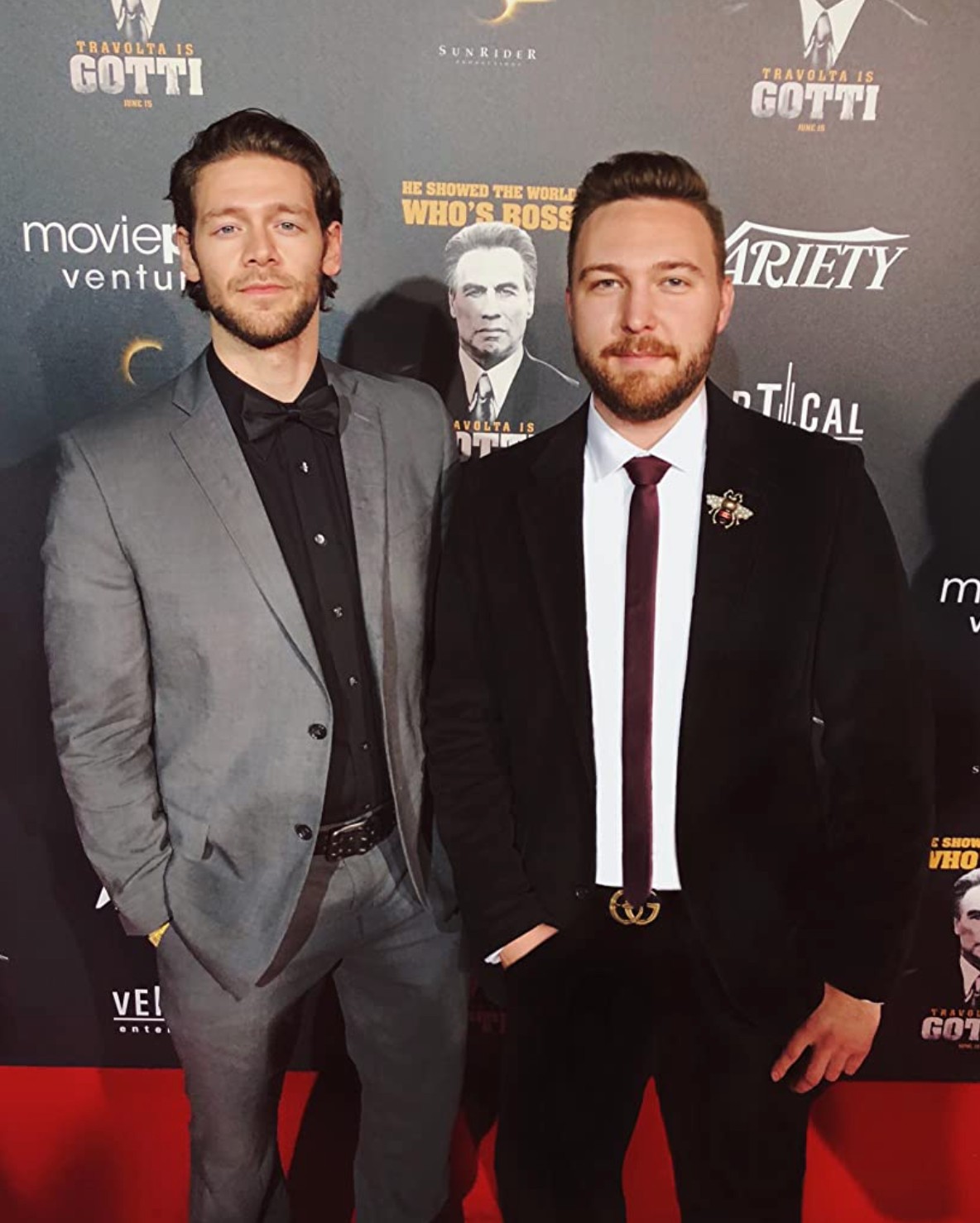 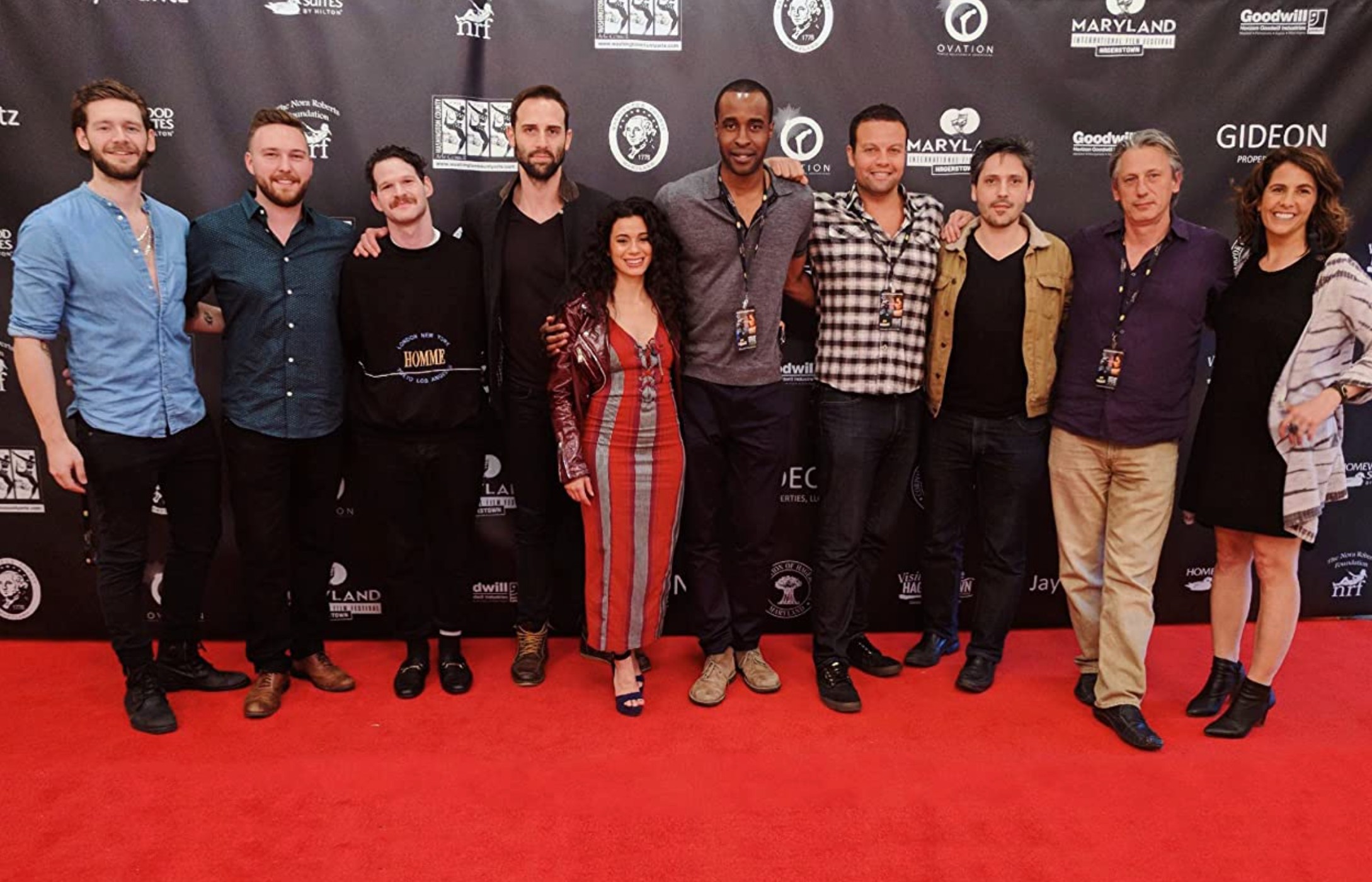 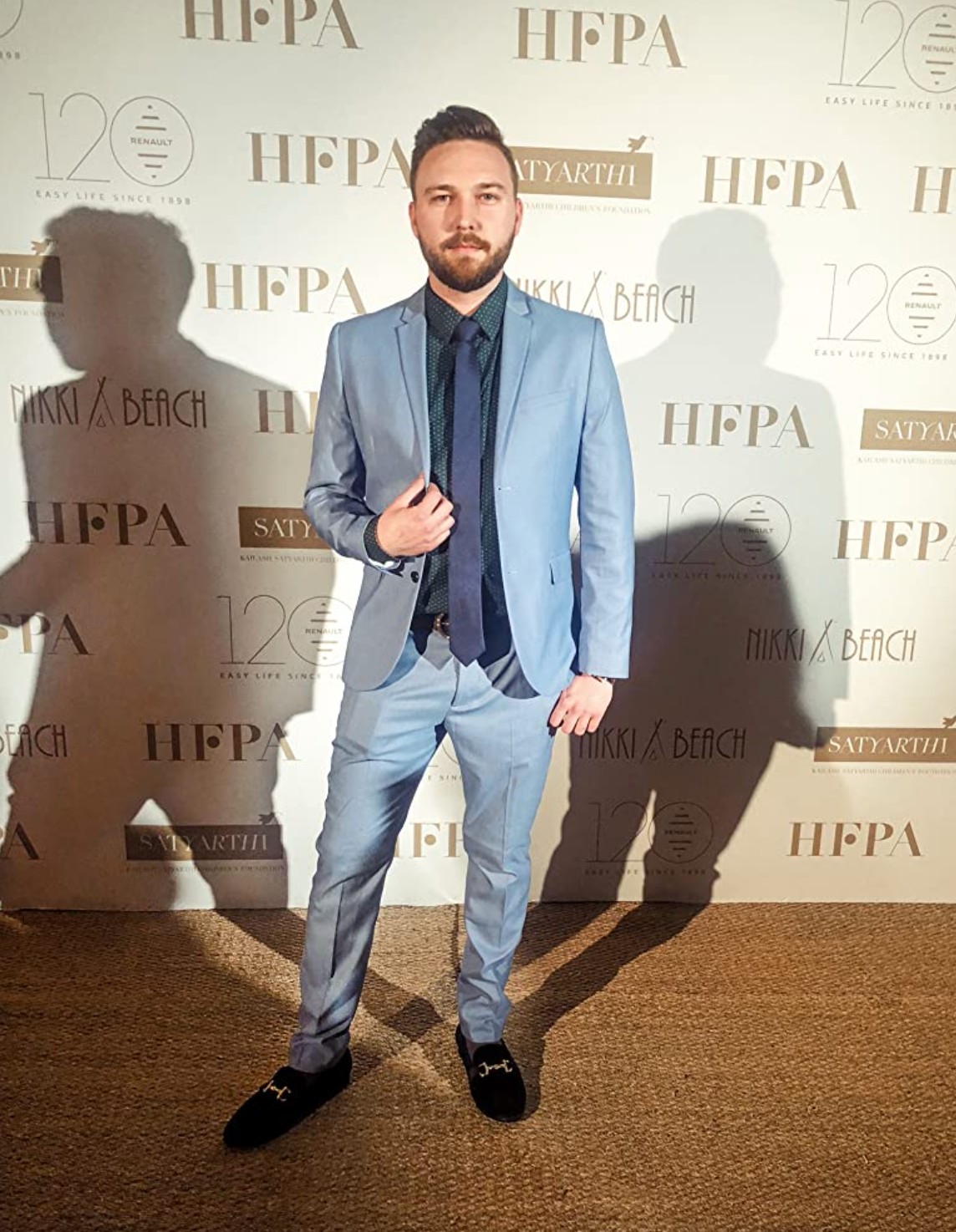 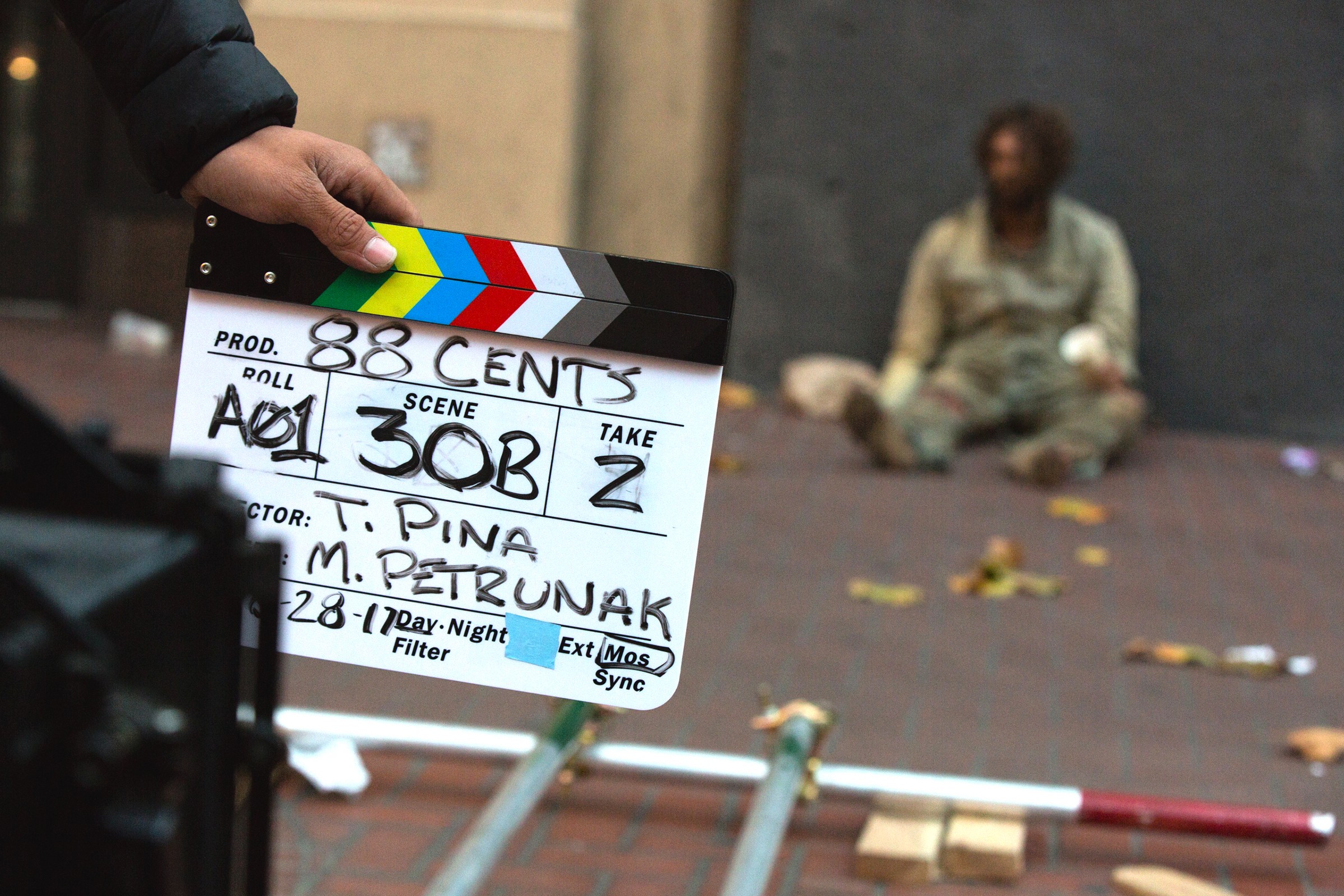 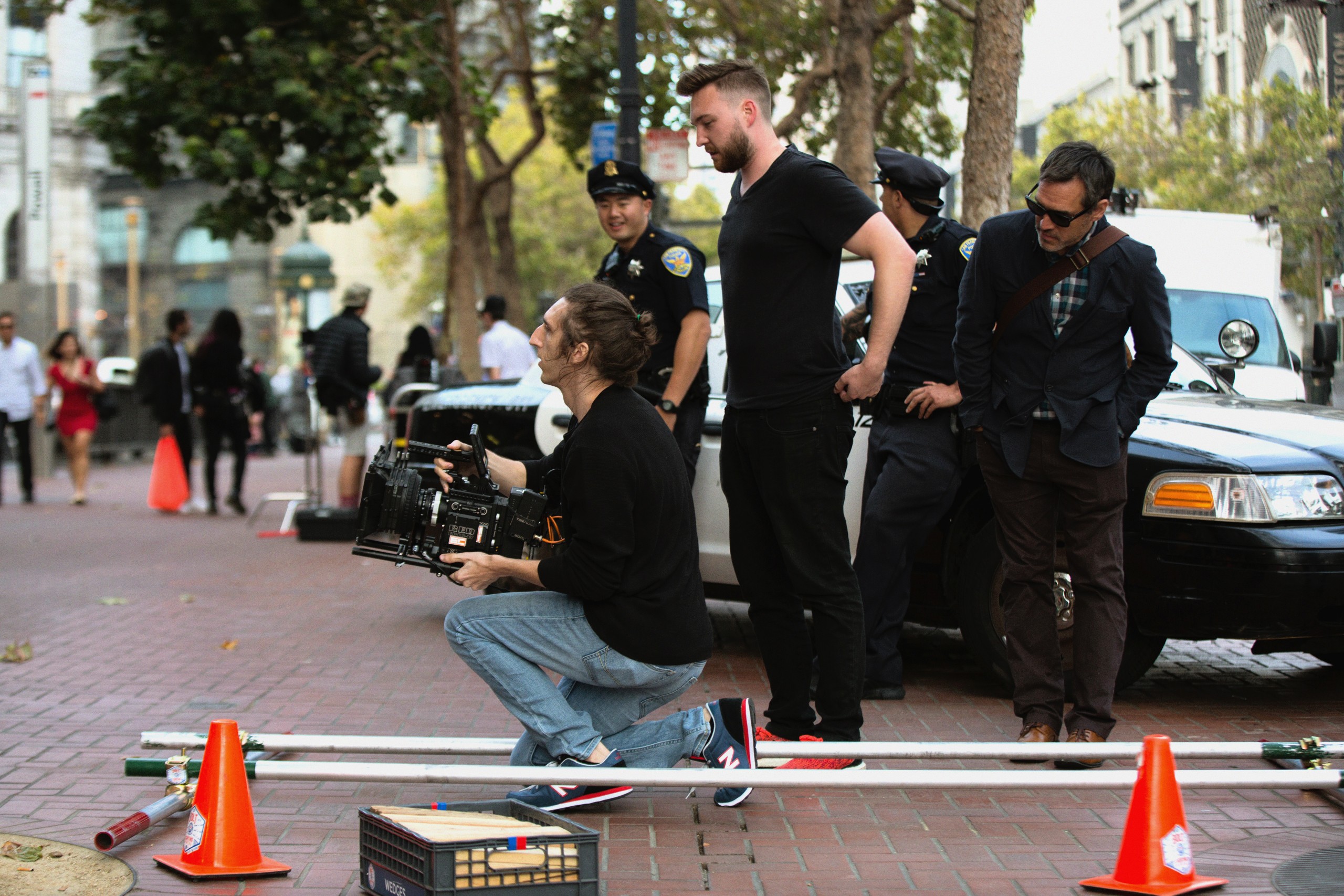 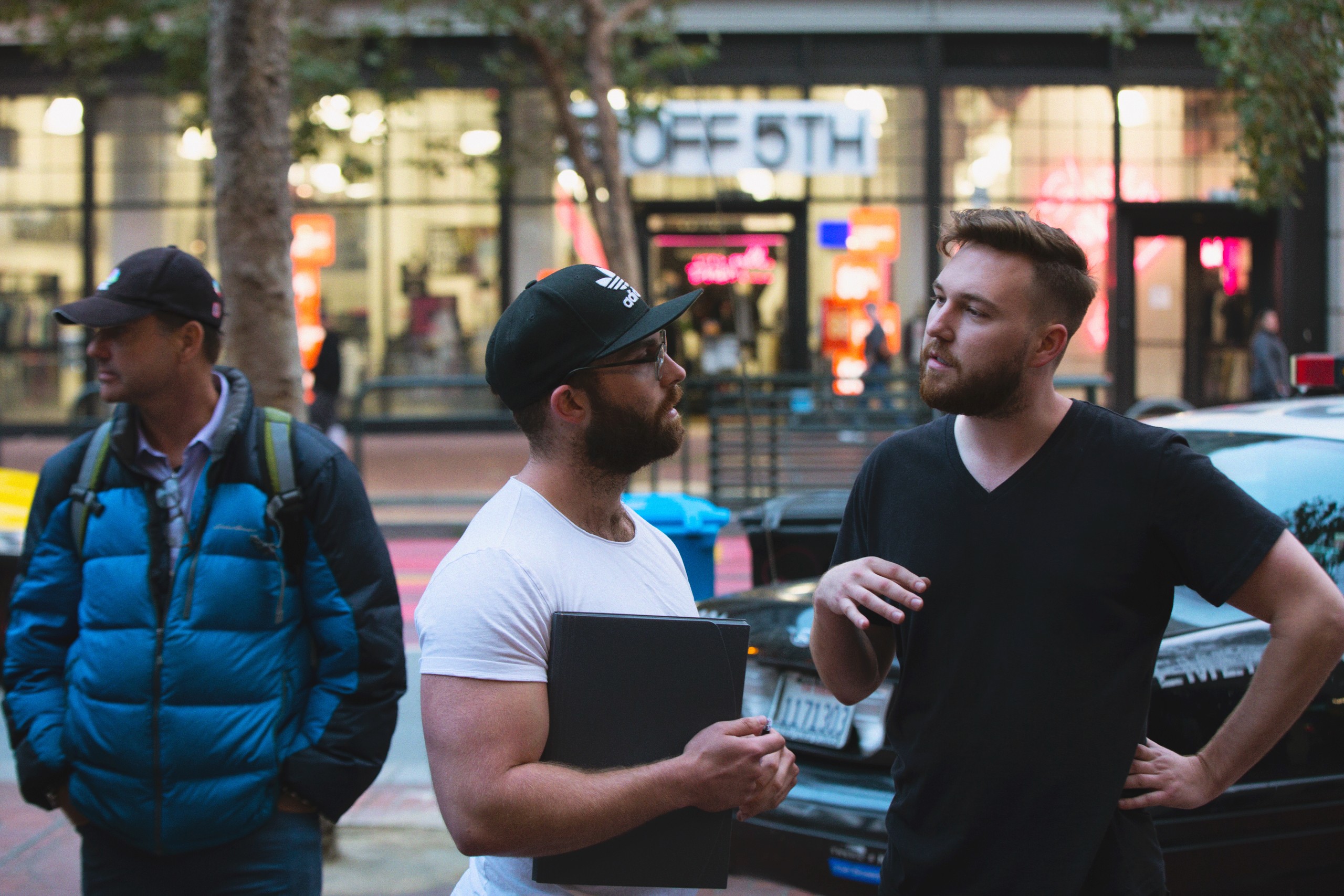 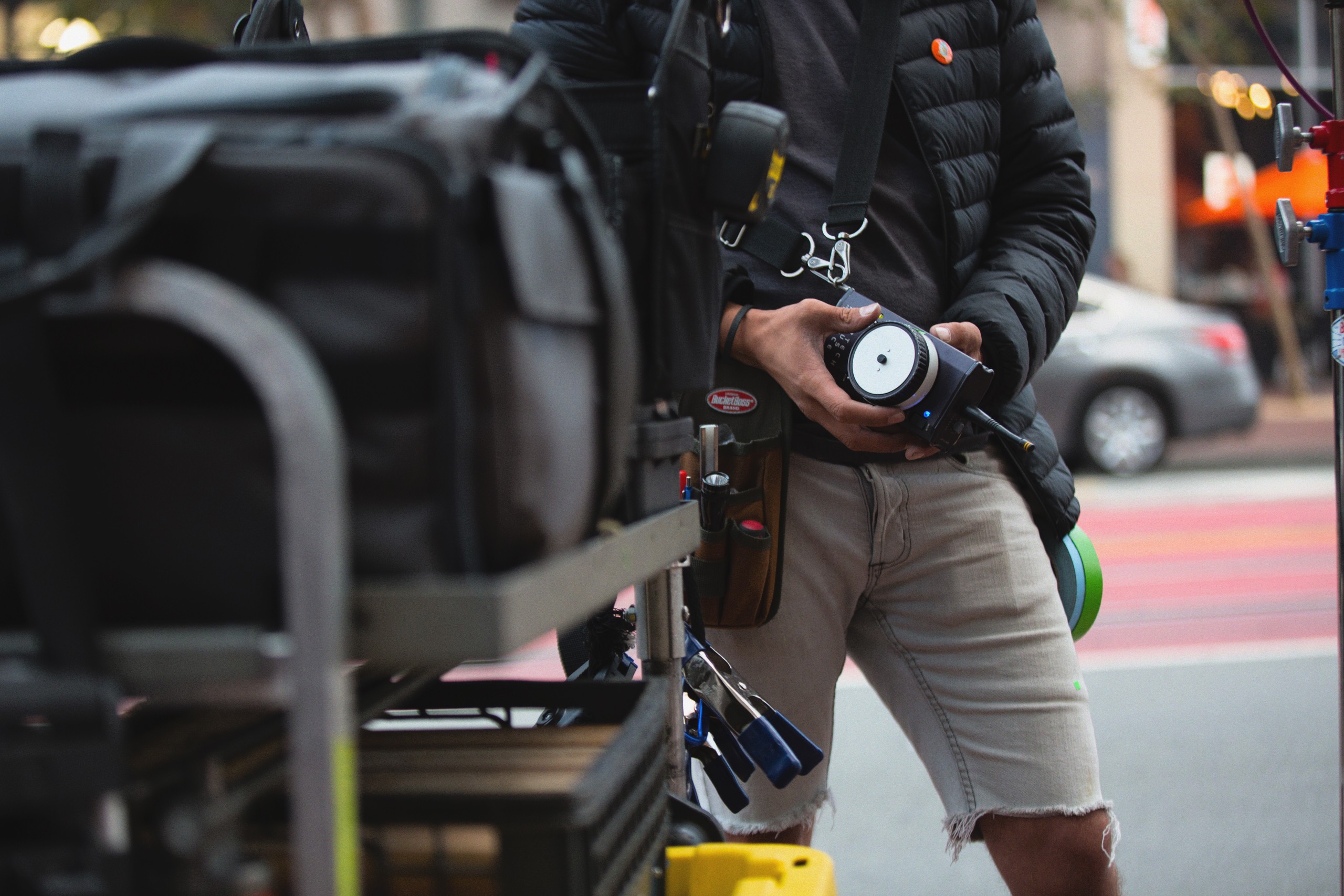