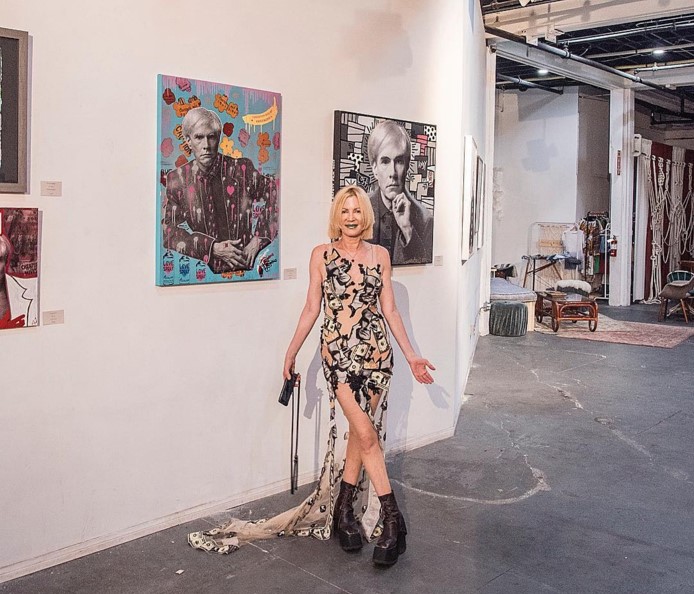 Today we’d like to introduce you to Karen Bystedt.

Karen, can you briefly walk us through your story – how you started and how you got to where you are today.
My journey as a female influencer and mixed media artist started when I found my original negatives of Andy Warhol taken in 1983. Andy had granted me a sitting at Interview Magazine in Union Square NYC while I was a student at NYU for a project I was working on about male models.

In fact, I had cold-called him and asked him to sit for me as a male model as he was modeling at that time.
I published a book called NOT JUST ANOTHER PRETTY FACE (NAL) Andy did attend my book party and the book was a success. From there, I went on to publish 3 other photo interview books with Brad Pitt, Jared Leto and other now-iconic actors and actresses BEFORE THEY WERE FAMOUS.

I also traveled the world and at age 30 got married to a Swedish man. The marriage brought me a stability I never had growing up. My mother was a highly intelligent cultured beautiful woman who gave me a lot in terms of travel as well as an amazing education but my childhood was always varied and uncertain so the stability I enjoyed with Fredrik Bystedt was key to the woman I am today. Once I found my negatives of Andy – my psyche changed and my creative juices were earned and my journey as AN ARTIST began. A journey which led me to restore my negatives and conceptualize making Andy into the Art as he had done with Marilyn and Mao by having street and fine artists paint, silkscreen and collage on top of my original images of him. I also made the creative decision to make Andy look as good as possible as in photoshop/not available at the time we shot – as these were modeling portraits and I knew he wanted to look as good as possible. One day, I will print and exhibit the images in the RAW.

This was the inception of my ART COLLECTION which I called THE LOST WARHOLS.

The Collection grew in reputation and went international with THE LOST WARHOLS: the Portugal Collection.

In May 2018, The Lost Warhols partnered with Gods Love We Deliver a charity based in NYC located in soHo in the Michael Kors building heralded by the amazing Karen Pearl. The Definitive Lost Warhols Show featuring my photographs and collaborations with over 30 artists premiered in NYC for the first time since I photographed Andy all those years ago.

The Post wrote an article as did Interview Magazine who invited me to their new offices and published their interview with me just 2 weeks before they folded.

In 2016, after having painted a bit on my murals I started creating my own art – I was offered the opportunity to paint on top of original unseen images of Jean Michelle Basquiat taken by the late Brad Branson. His sister Jan found me and we developed a collaboration. I conceptualized the KING KOLLECTION putting the two images of Andy and Basquiat together with my version of the Basquiat CROWN on both their heads – which worked on so many levels. They are 100 Million dollar Kings, pop Kings, Collaborators, a black man and a white man both Kings as well as young man and an older man. I love hip hop so I blinged them out – using glitter and real chains. I love to work in layers – historical and social. I also had done a naked portrait of myself in 2015 following my separation and divorce with Fredrik. Our time together as a couple had come to an end but we both appreciate the time we spent as well as the value it brought each of us and remain close.

Now, an artist myself – my collections include INCLUSION as well as SEXTING TEXTING & INTIMACY
I have 3 shows lined up for this year in NYC, Ireland, and Los Angeles. A unisex bag collaboration with Hayari Paris and next year, I will focus on WOMEN.

Everything I do is a Hobby Andy Warhol from his interview with me. I now live by that – though I know it takes passion – showing up – hard work and discipline.

Overall, has it been relatively smooth? If not, what were some of the struggles along the way?
As a woman in a male-dominated industry, I have encountered not being part of “the boys club” and a condescending attitude. I have had to rely on my own strength and passion to pick myself up and continue while at the same time collaborating with so many male artists and being a major influencer in the popularization of Mixed Media and Collaborations.

I have learned through doing that consistency and longevity are key to artist development – do what you love – be original. I am an out of the box thinker. I have learned to be good at business but money has not driven me – rather my love for what I do – my strong belief in inclusion and my love for art and creating as well as my honor to have inspired both men and women in their own creative journies by being a strong fearless woman who thinks out of the box

Alright – so let’s talk business. Tell us about Karen Bystedt – what should we know?
I am a mixed media artist that works with layers, social and historical. I have a strong background in photography from NYU.

My art is structured with historical context, for example, one of my current collections Sexting. Texting. Intimacy about millennials dating including the sending of selfies and dick picks in today’s dating app world happens to tie into Andy Warhols and Robert Mapplethorpe Dick photography and art. For My INCLUSION series, I photographed 25 individuals of different social backgrounds, ethnicities, sexes, sexual orientations and put them all on a gate with my crowns and equal signs – I would love to work with a brand to put this art and message out. I offered my unique take and use mixed media art to create.
The Lost Warhols is my most famous brand and I have a three-year plan.

What’s the most important piece of advice you could give to a young woman just starting her career?
Learn to love and rely on yourself. You are the power. This is a lifetime journey. Be creative – original and diligent- work hard and pick yourself up when things don’t go as you would like. The more hard work and intention and creativity, the more you will be supported. It is the law of the bigger universe. 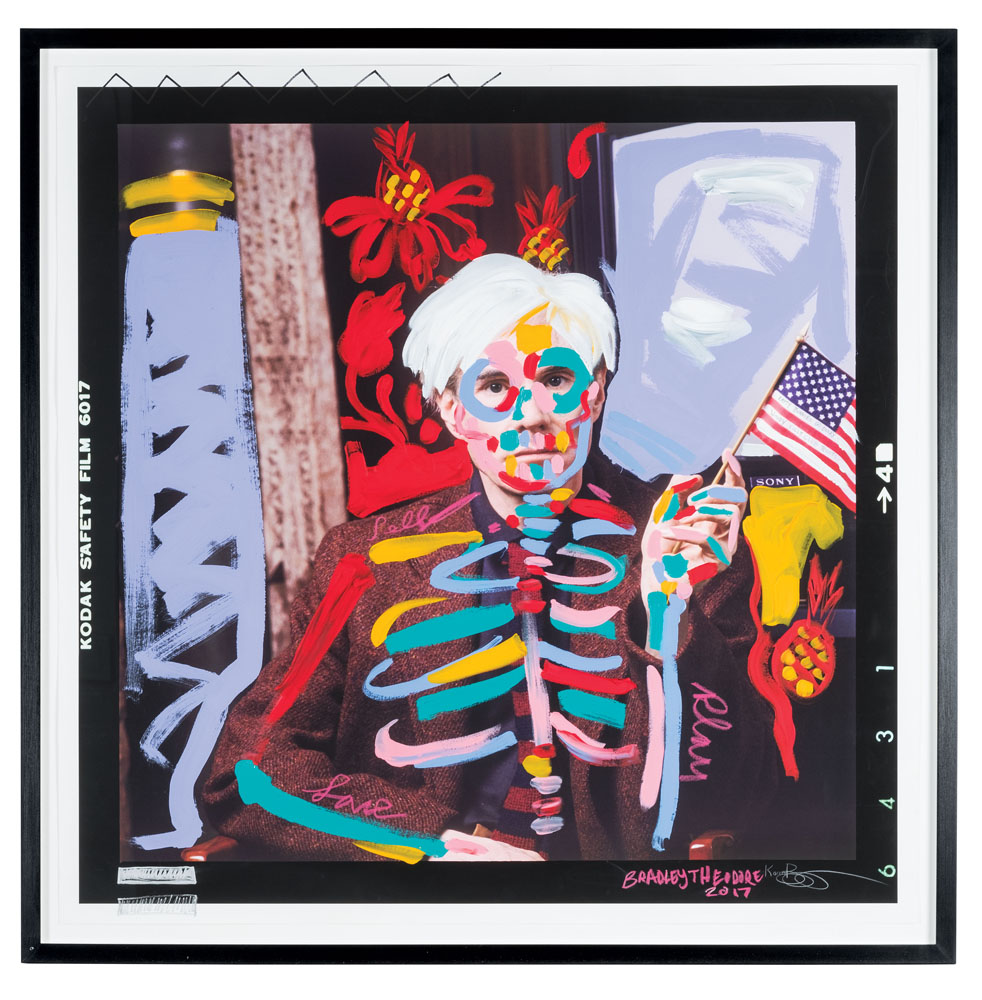 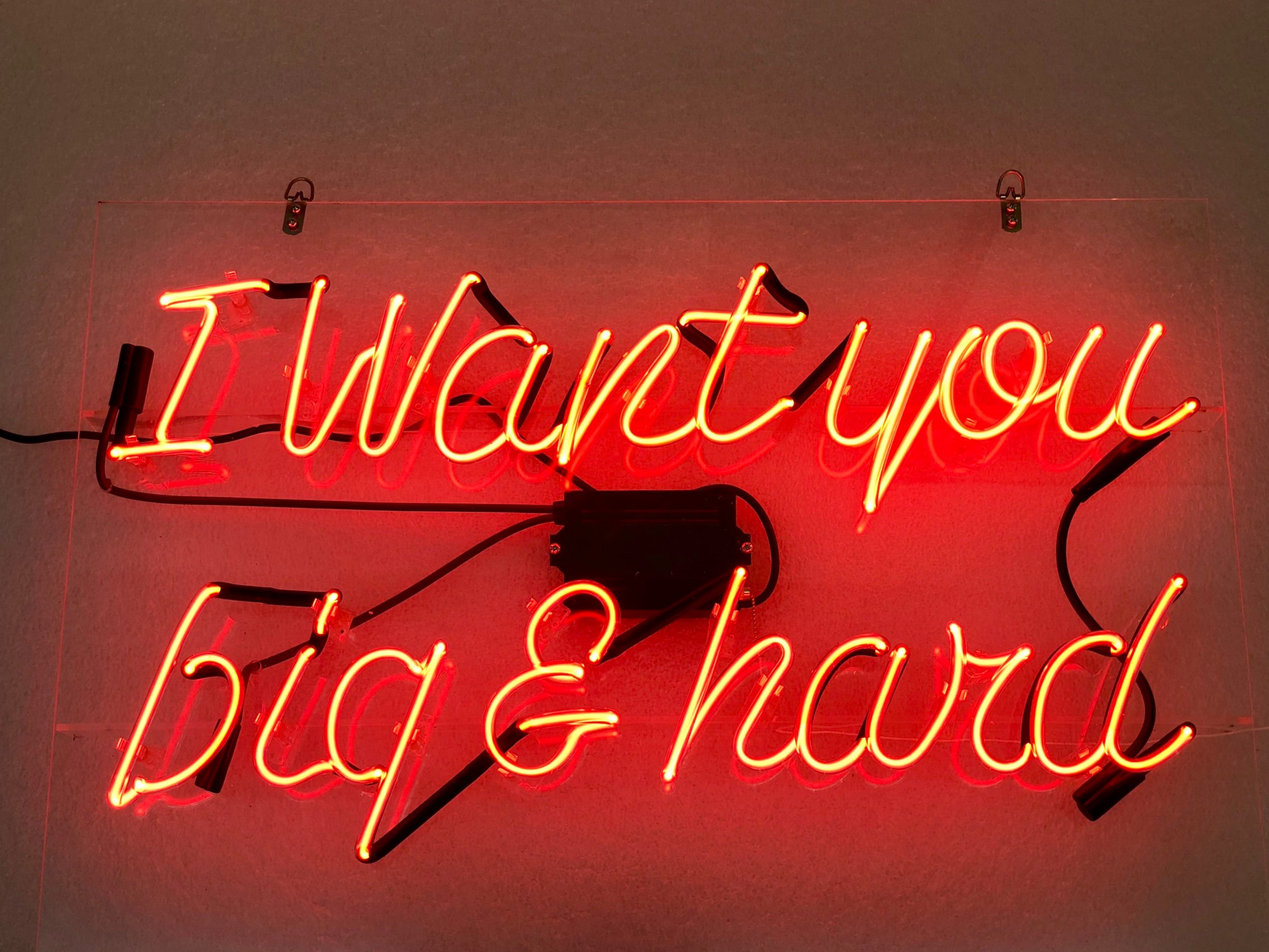 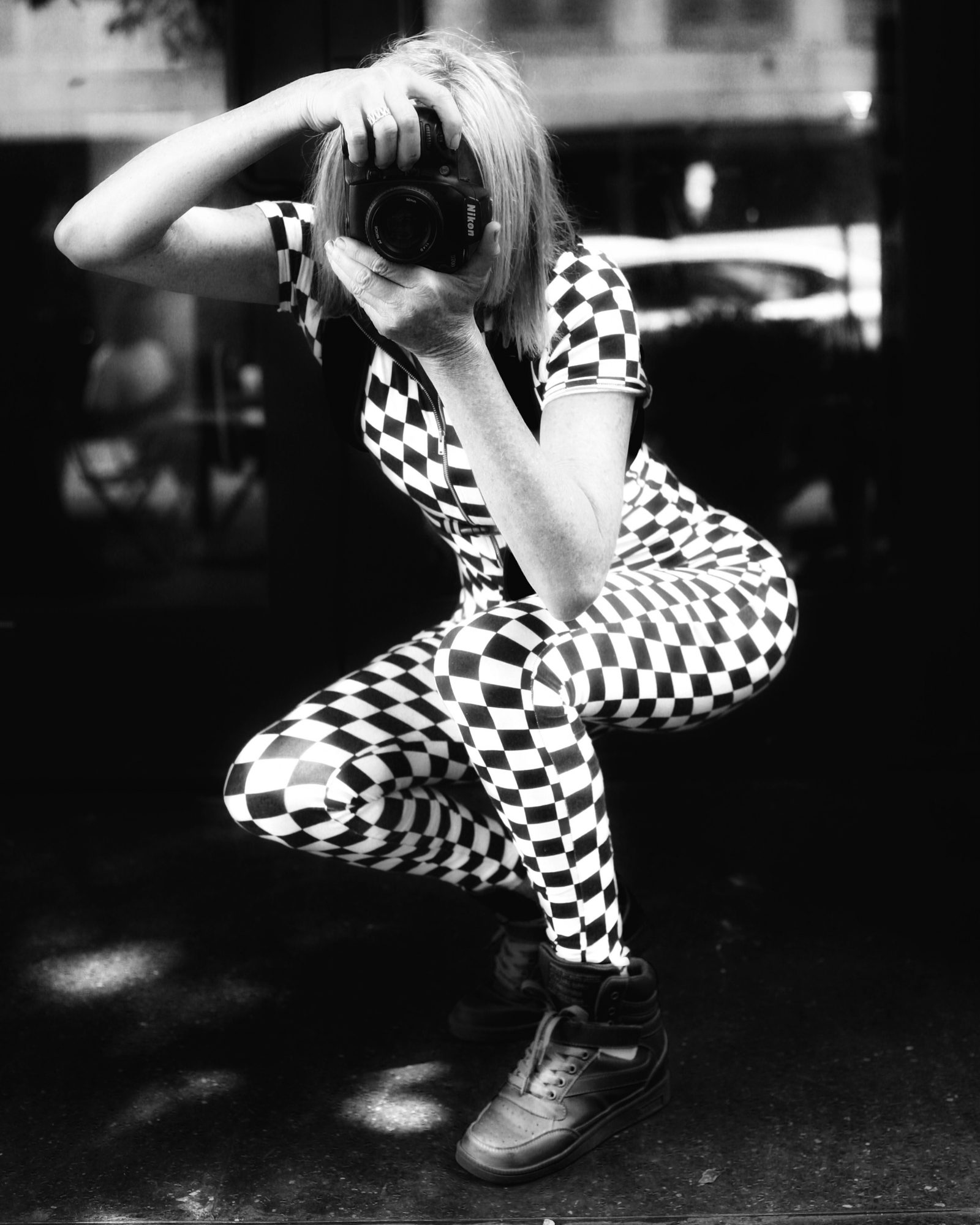 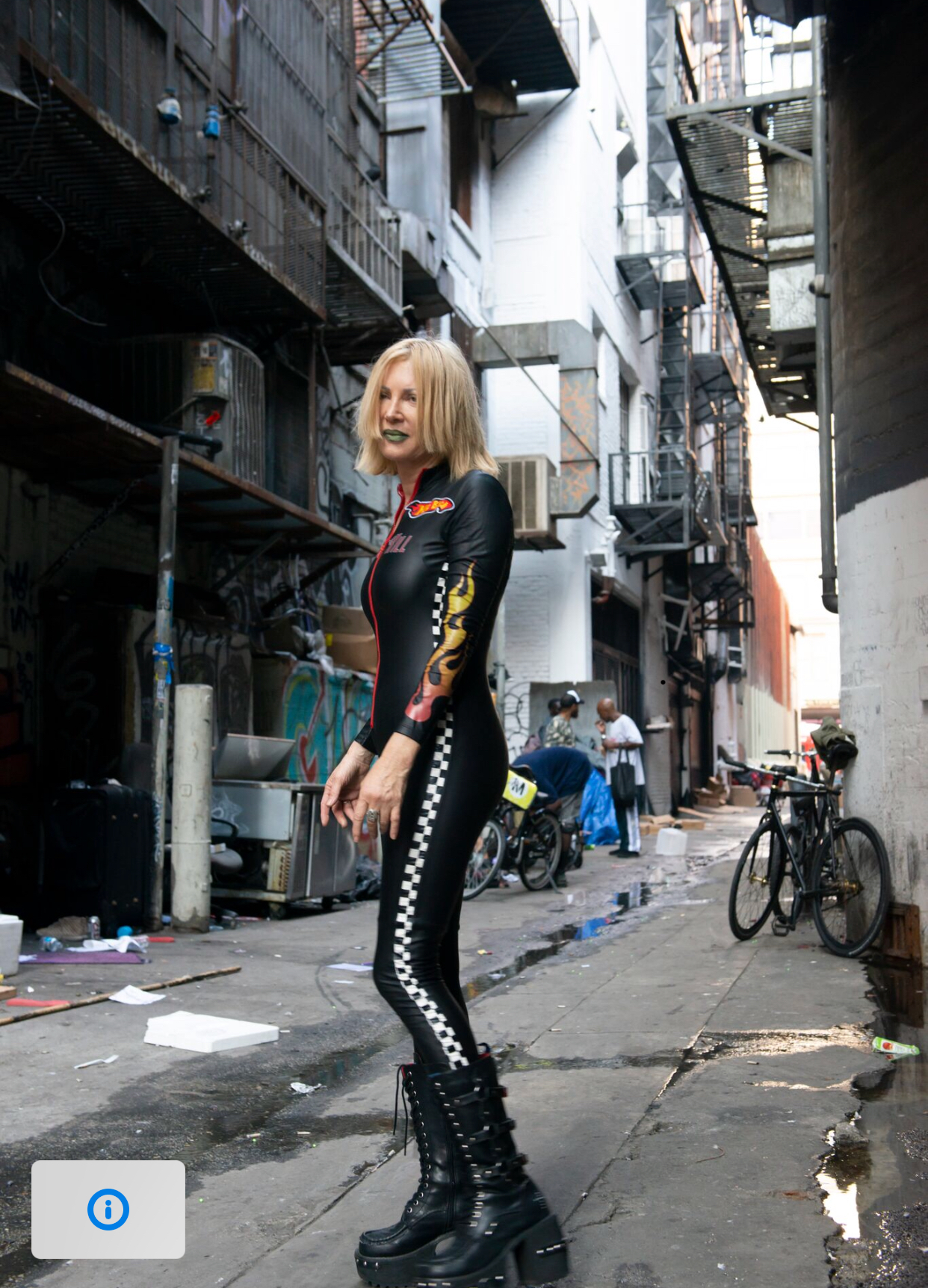 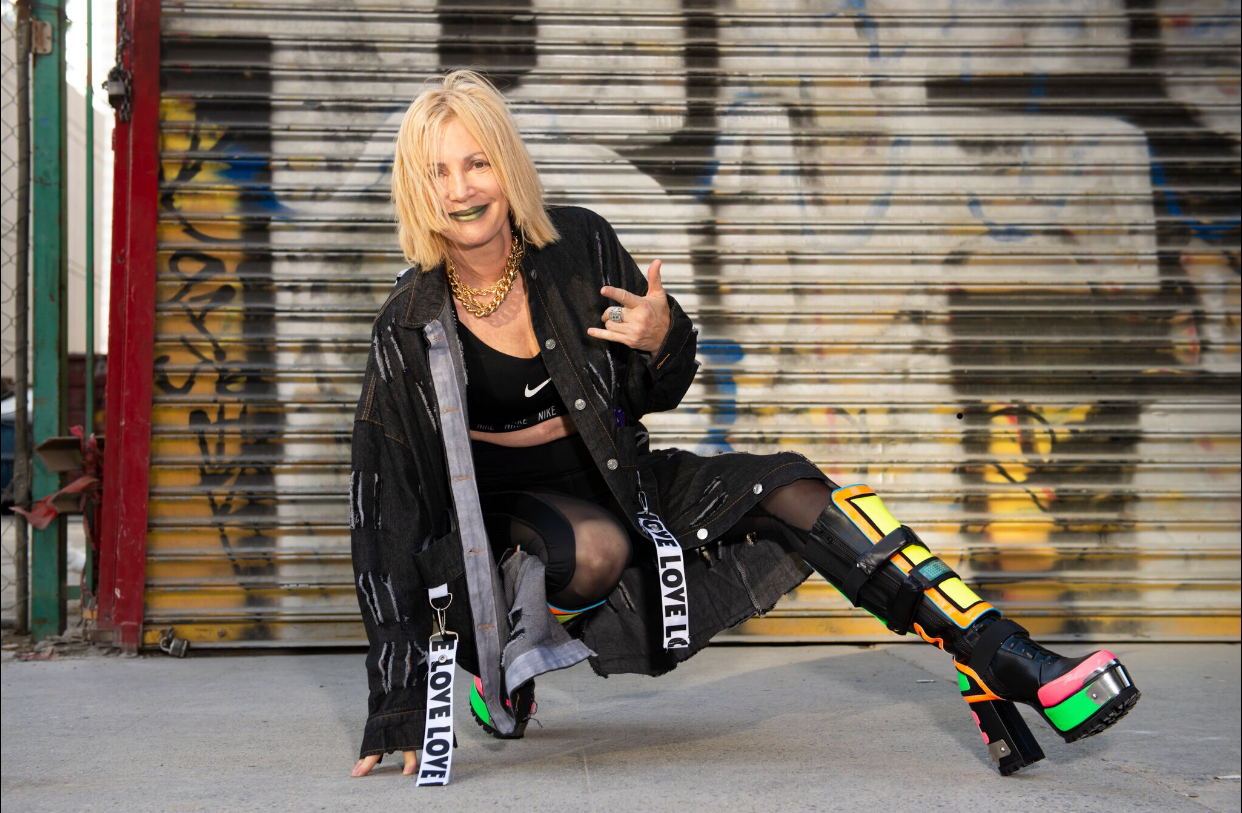 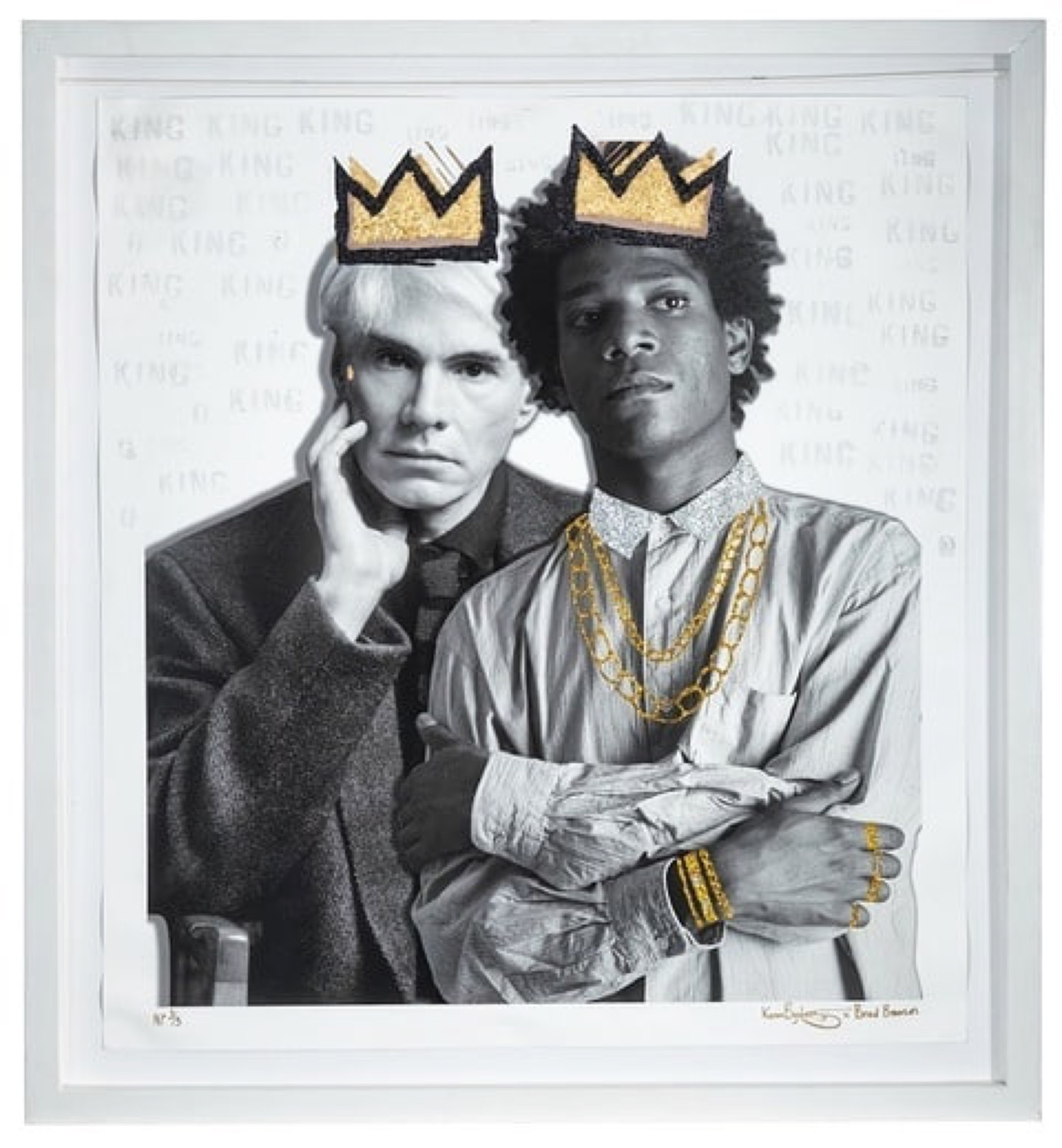 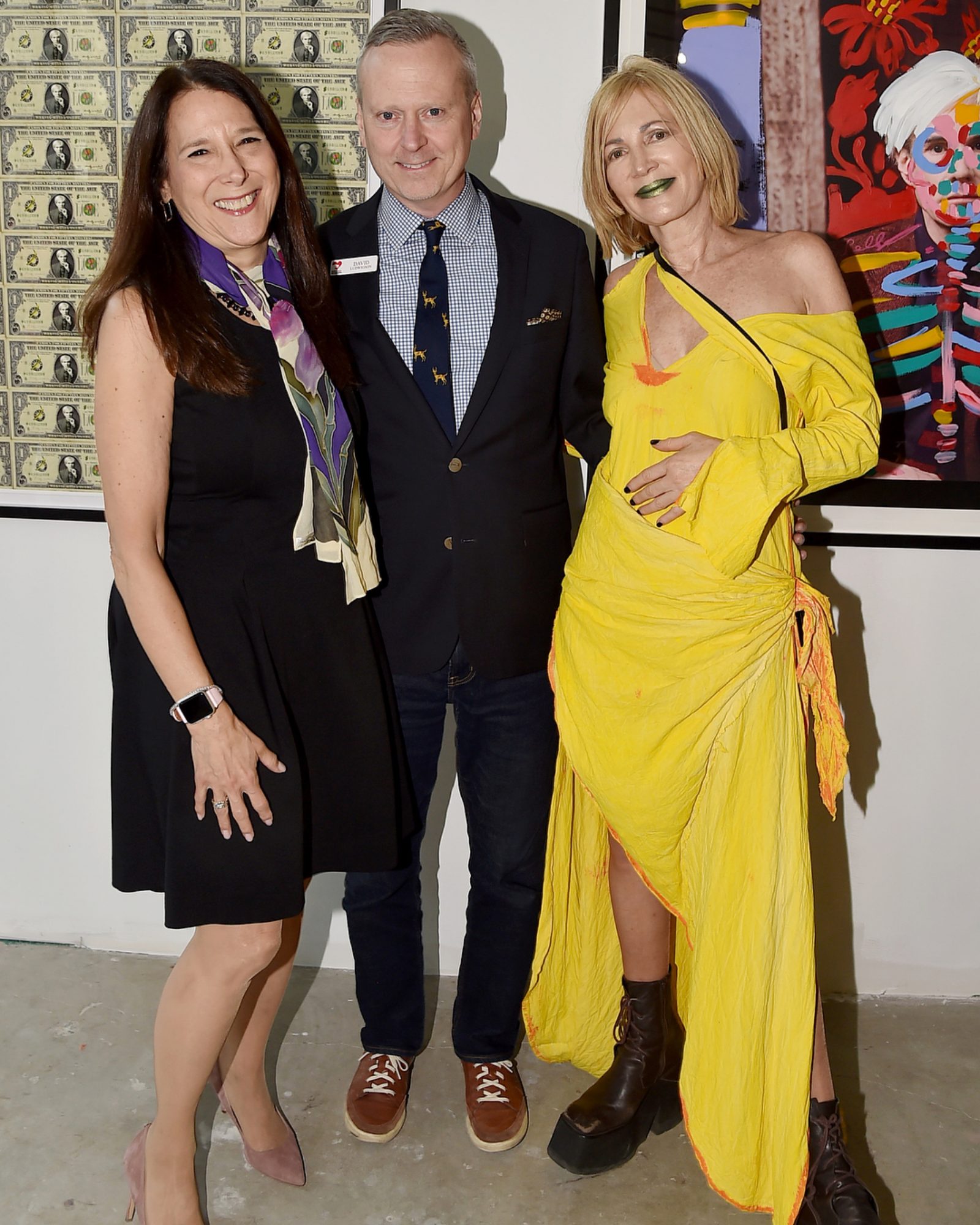 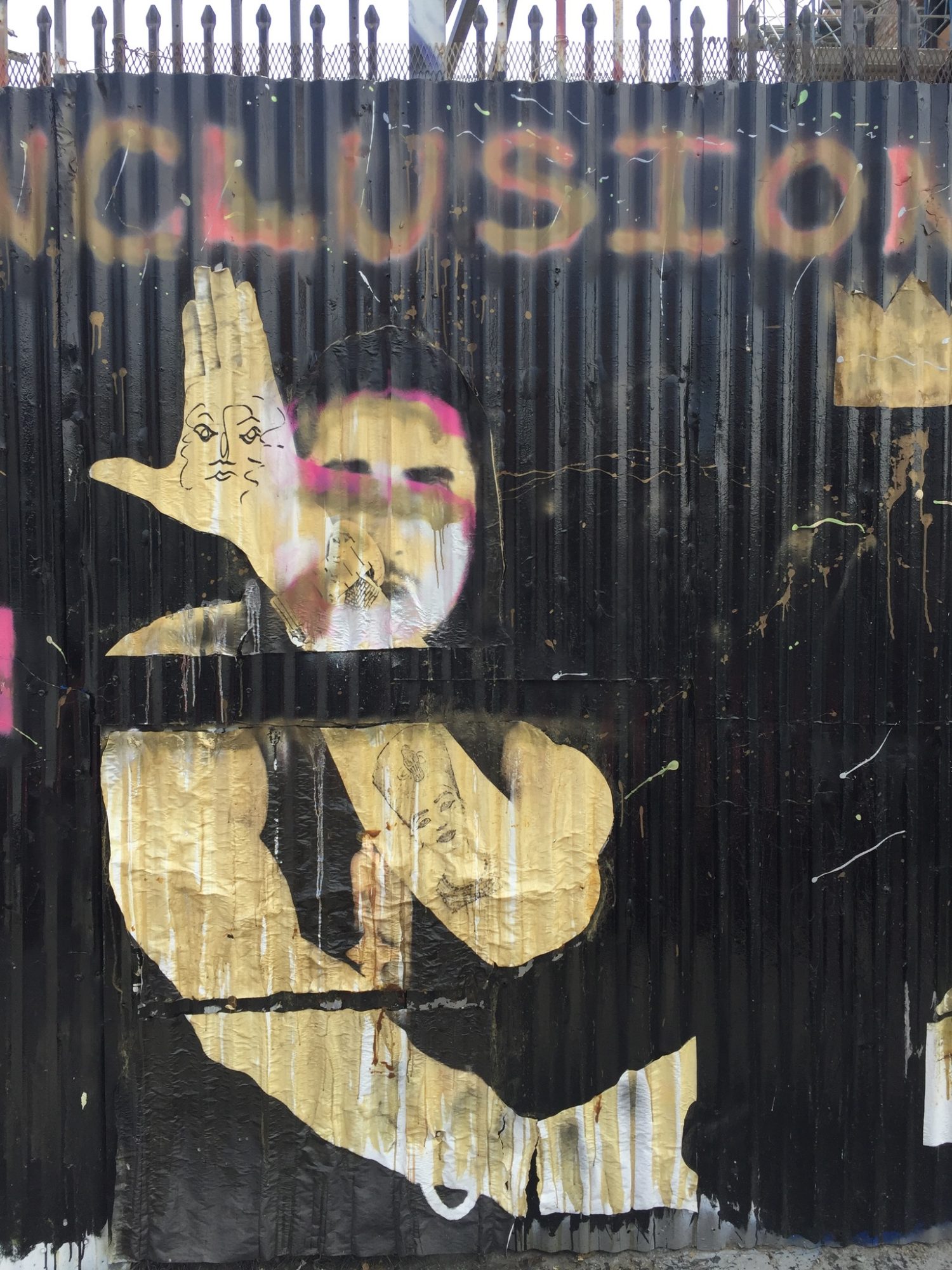 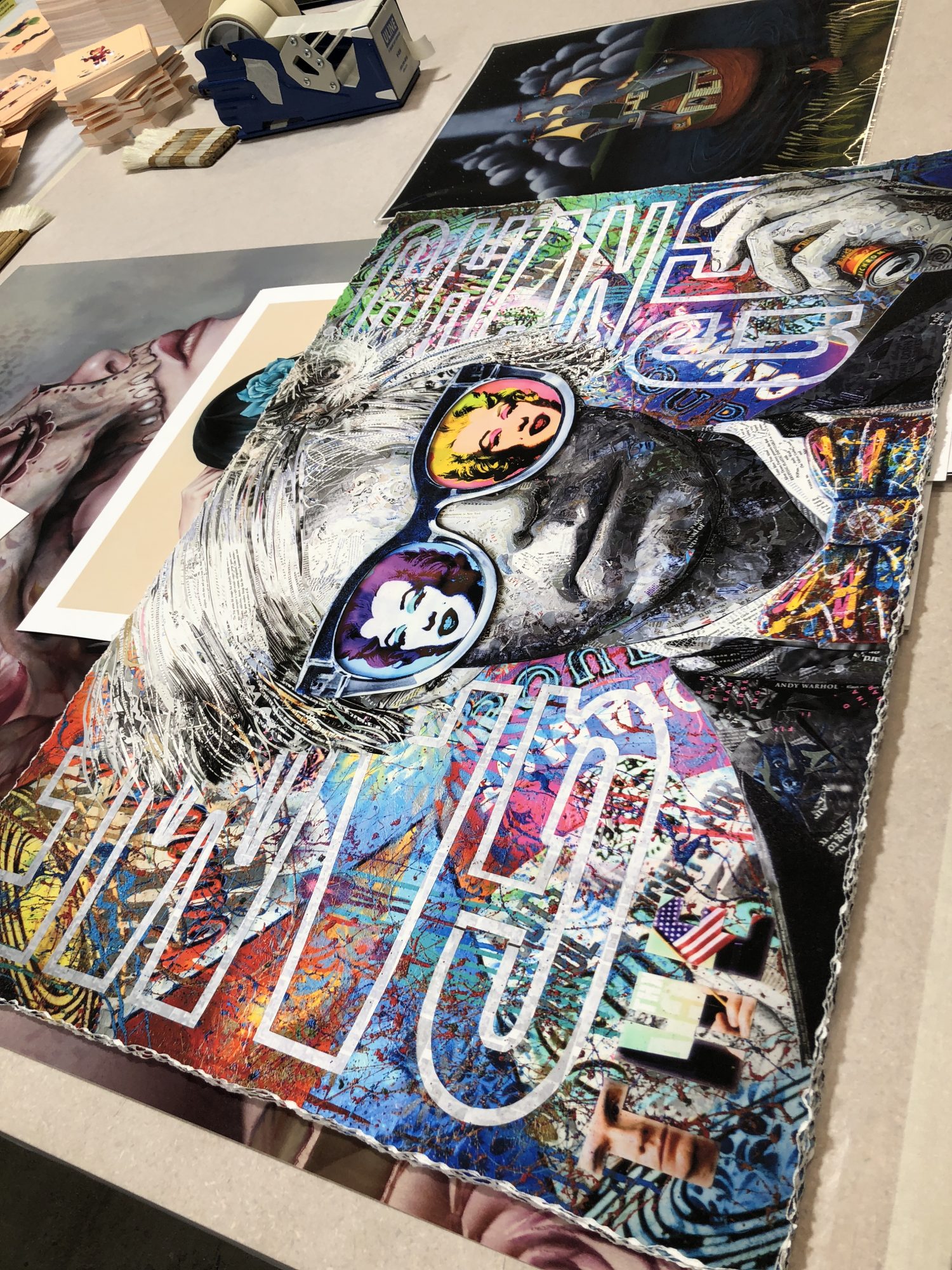 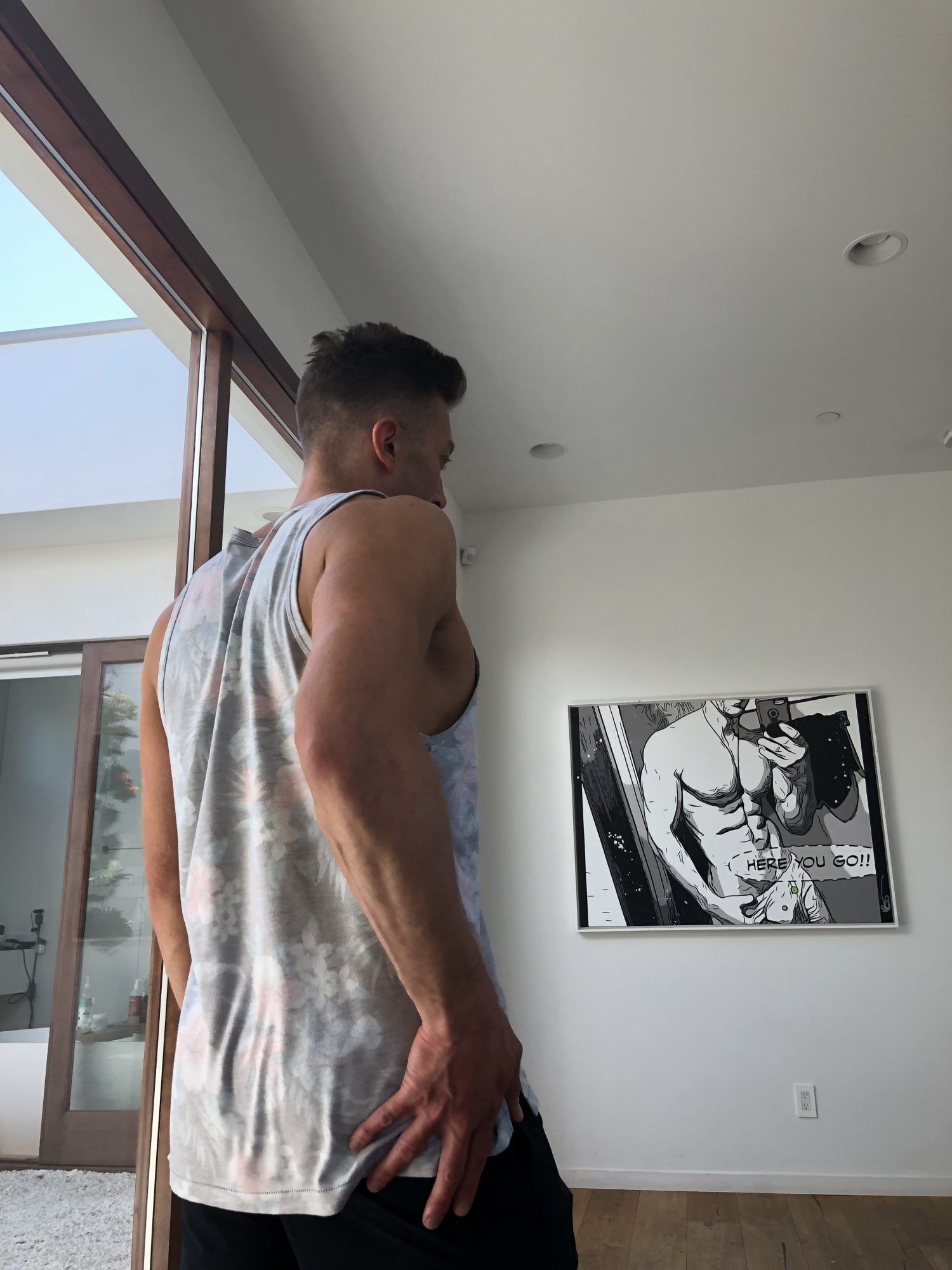 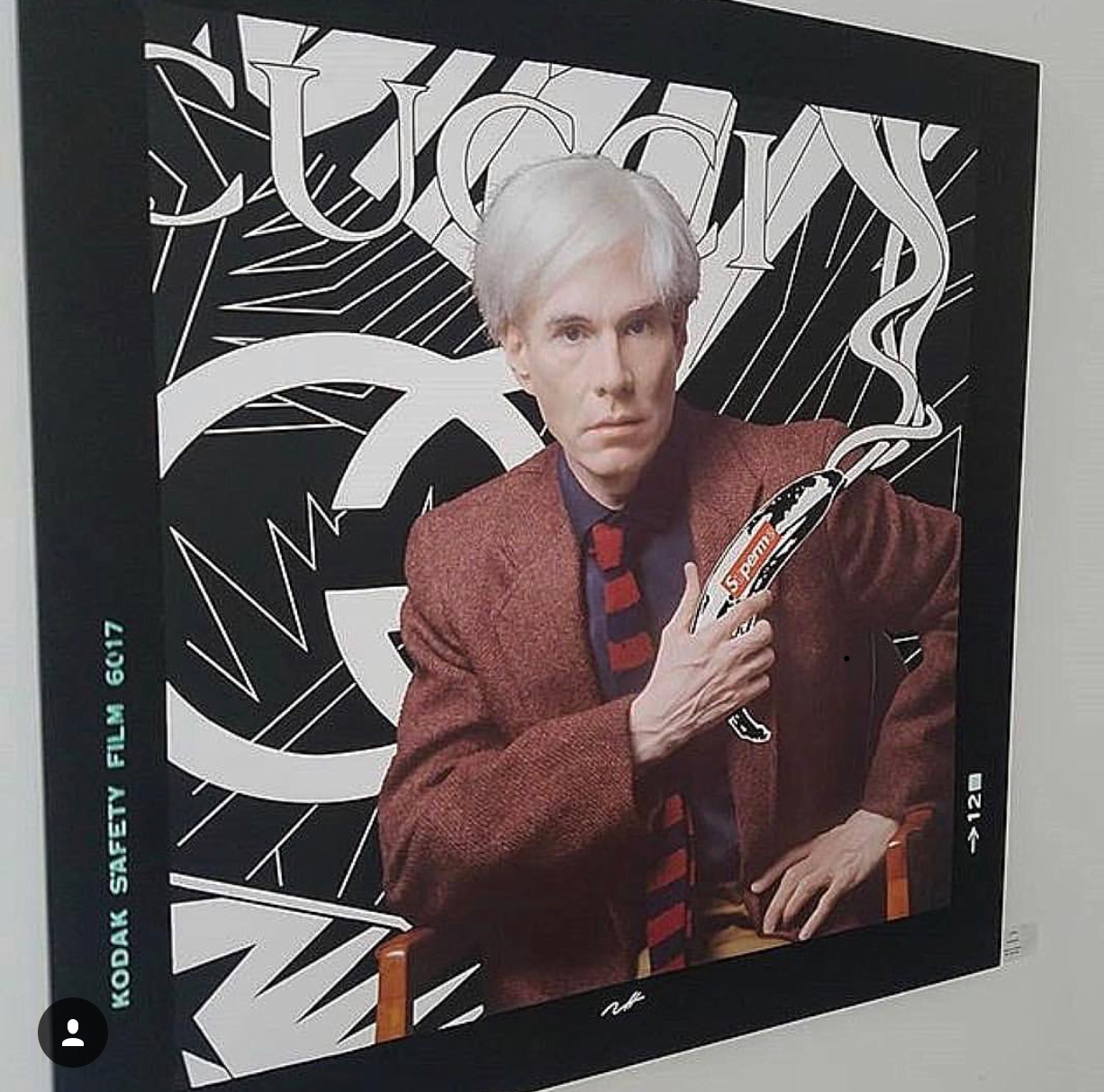 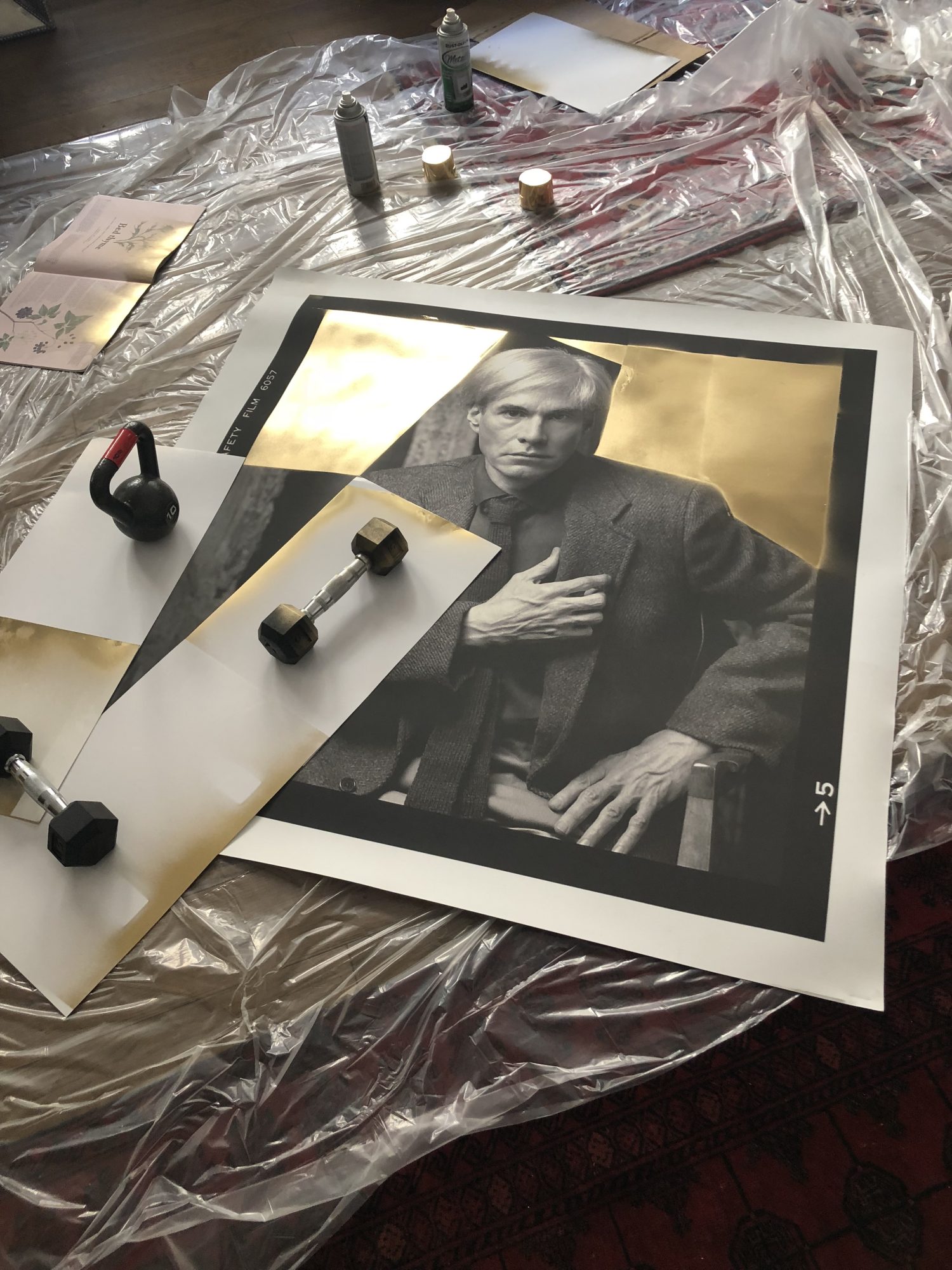 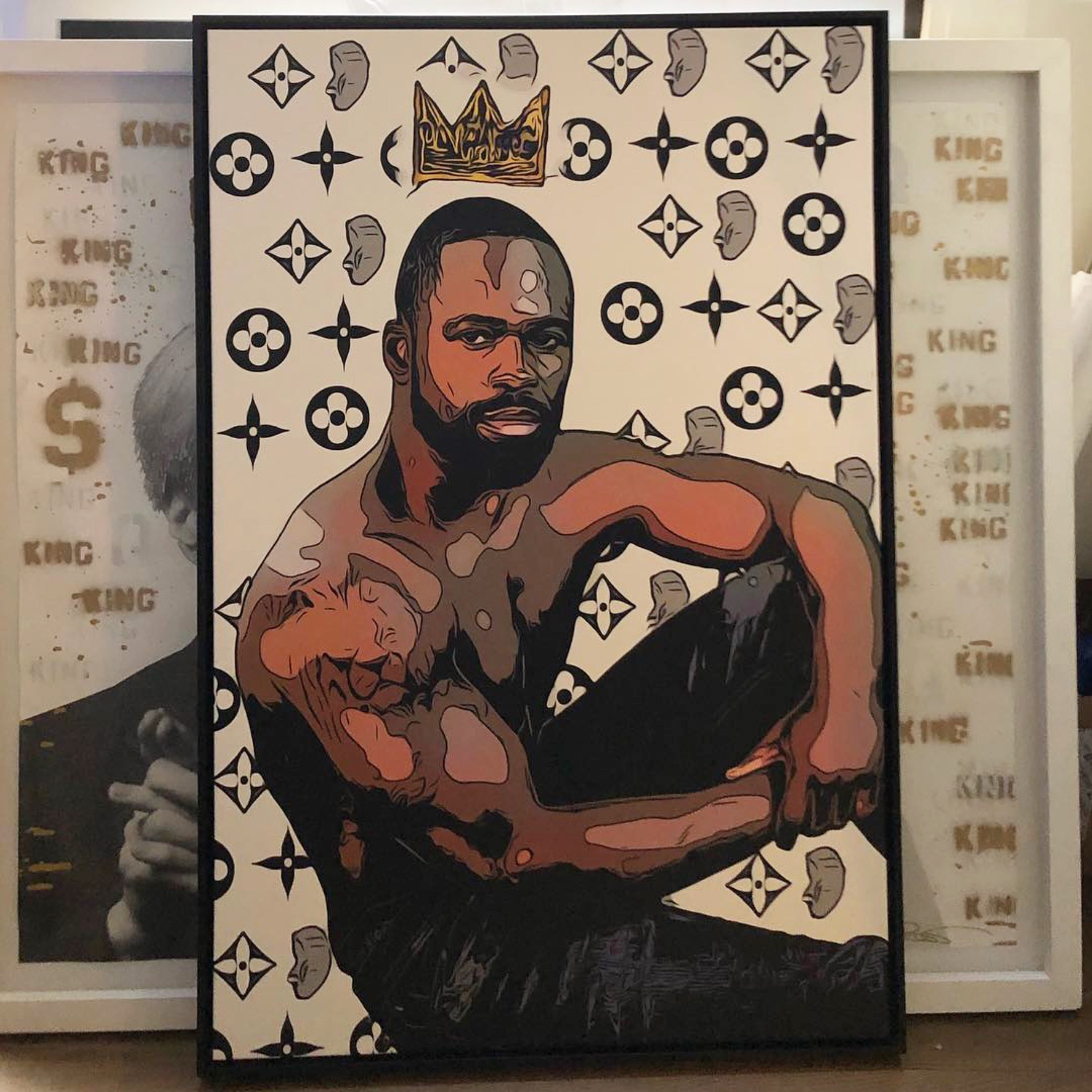 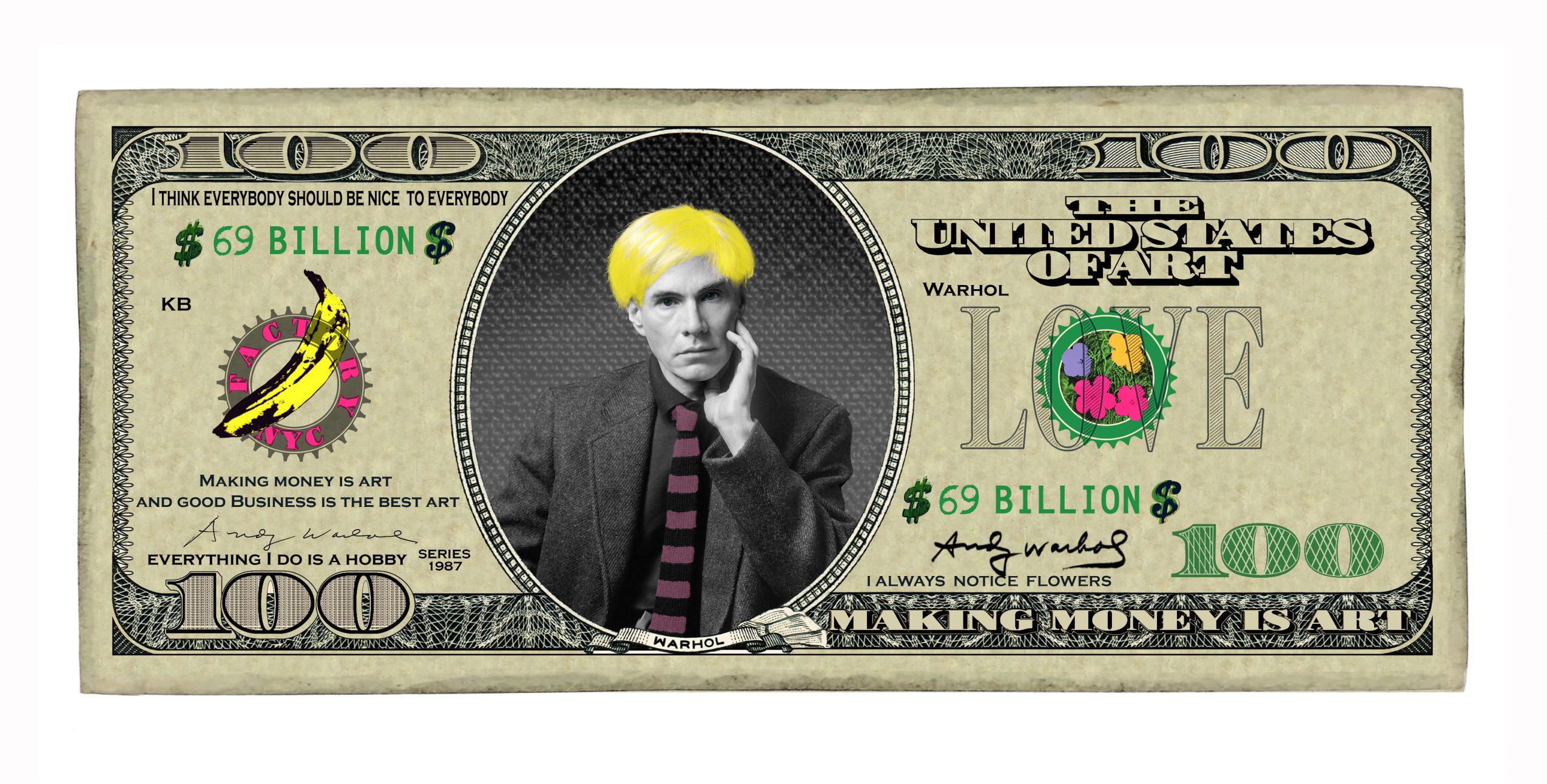 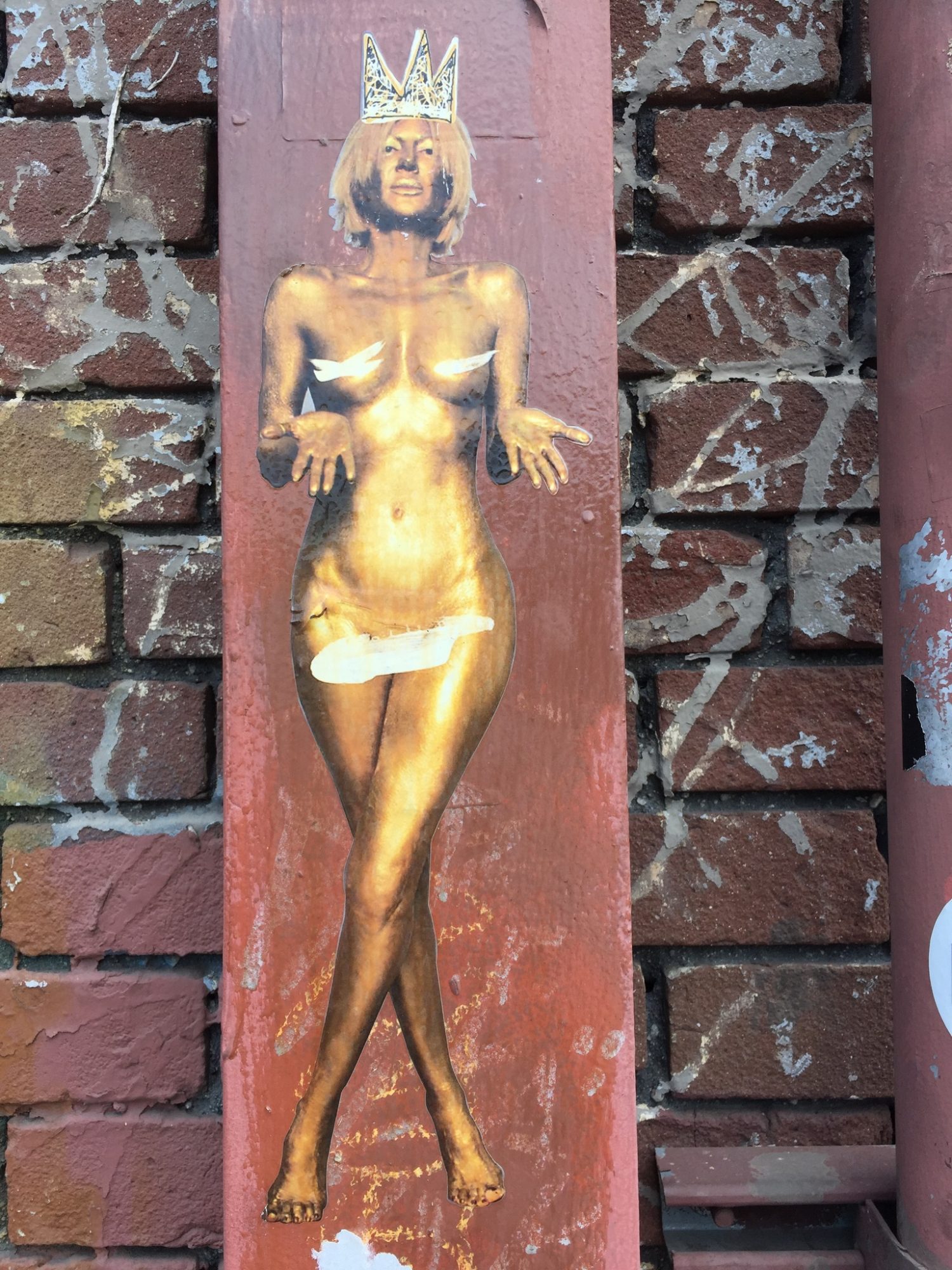 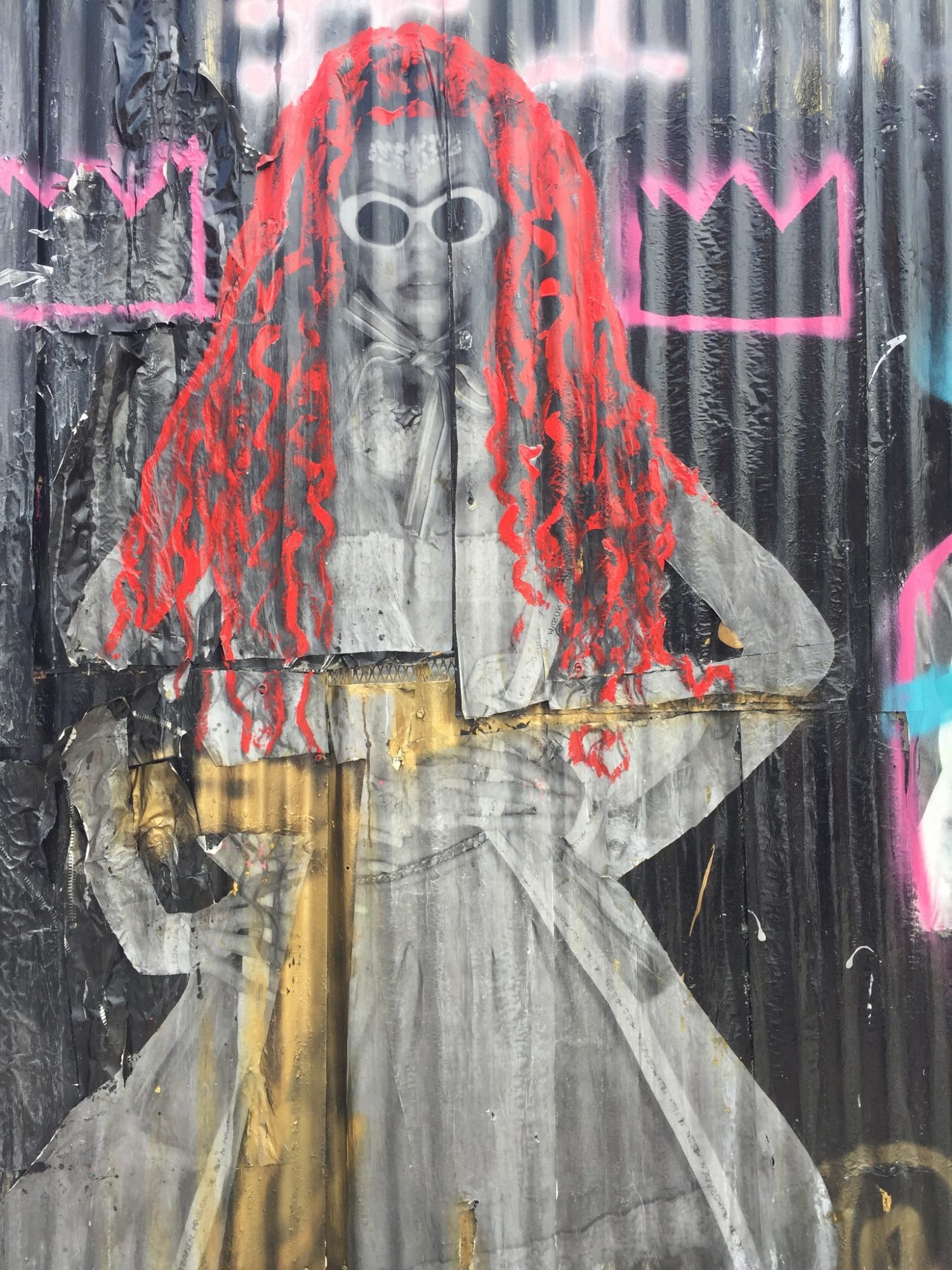