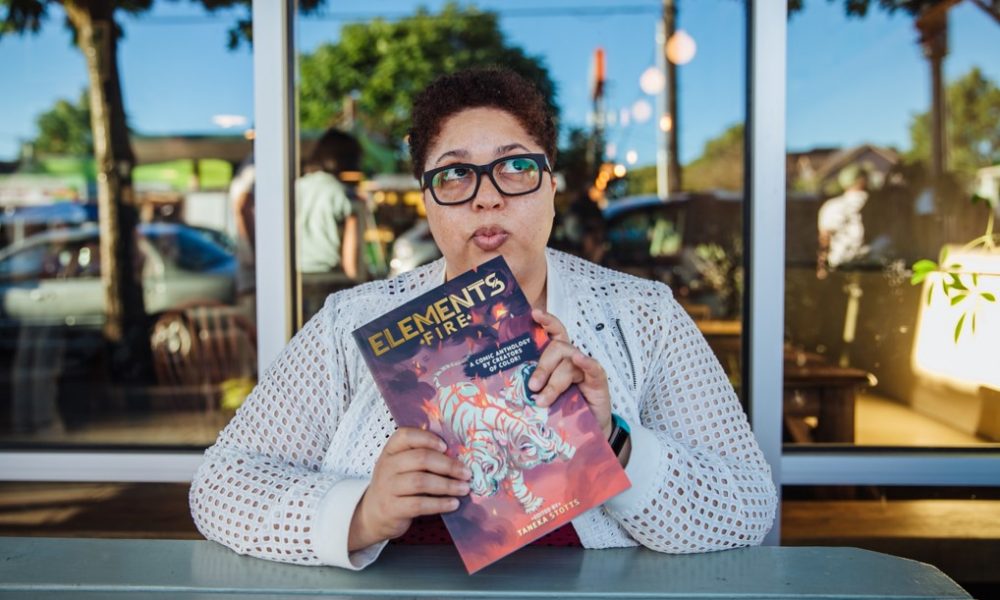 Today we’d like to introduce you to Taneka Stotts.

Taneka, can you briefly walk us through your story – how you started and how you got to where you are today.
I’m a queer little tumbleweed who loves the desert. My journey for print started in my slam poetry days making chapbooks and zines to sling during open mics. I would travel across the USA and attend poetry slam nationals as well as pop up in coffee shops, libraries, and city buses around the country.

I stumbled into comics around 2010 with my bestest gal pal who would eventually become my wife and production tech. I started with webcomics, making the series “Gran Grimoire” (which is on indefinite hiatus). That was enough to make me want to do more, so I began to seek out other ventures and wound up the publisher & co-founder of a small press called Beyond Press. In 2015 our first comic anthology, “Beyond: The Queer Sci-Fi & Fantasy Comic Anthology” won the Lambda Literary Award for Best Anthology. However, I grew hungrier and wanted to expand on that and so in 2017 “ELEMENTS: Fire, A Comic Anthology by Creators of Color!” was born. It went on to take home the Ignatz and Eisner, two of the most prestigious awards in comics, for Best Anthology. It was a book that dominated until ultimately selling out of print. While working hard on creating more platforms, I also published “Beyond 2: The Queer Post-Apocalyptic & Urban Fantasy Comic Anthology” in 2018 which was my last for Beyond Press.

2018 was amazing, a great shift in my work happened. I moved to L.A. after being approached to write for animation. So while juggling it all, including “ELEMENTS: Earth”, the follow-up to “Fire”, I was staffed on my first animation show and had the chance to learn the ropes from amazing veterans who felt I had a story to tell. Not only did I end up completing a full season, I was also able to do freelance work for amazing shows like “Craig of the Creek”. Now I’m in both worlds of comics and cartoons and it’s amazing. I’m writing a pilot and starting up another queer comics anthology with Ascend Comics, a press I co-founded with Der-shing Helmer. I honestly couldn’t be any happier.

Overall, has it been relatively smooth? If not, what were some of the struggles along the way?
I think with any success comes a little… if not a lot of challenges. Learning to navigate unseen territory, juggling to keep everyone happy, and ultimately learning how to let yourself fail. They’re all good life lessons and are ones you should grow comfortable with if you want to be happy with yourself. I honestly wouldn’t be where I am without the support of those closet to me and random strangers who chose to trust (and collaborate) with me. I have learned to be grateful and to enjoy what comes my way, but I always make my path and don’t expect anyone to point out the way for me.

Alright – so let’s talk business. Tell us about Ascend Comics – what should we know?
Ascend Comics is a new small press that seeks to provide a platform and publish diverse voices. Der-shing Helmer kicked it off by successfully crowdfunding and delivering the award-nominated, “The Alloy Anthology Presents ELECTRUM an All-Ages Mixed Race Comics Anthology.” Now with “ELEMENTS: Earth A Comic Anthology by Creators of Color!” about to be funded our library is already growing to four anthologies and two graphic novels.

In comics, I’m known as a writer, editor, and publisher. I’ve written the Eisner nominated “Déjà Brew” as well as edited all my award-winning anthologies, and I’ve self-published them all. I’m someone people come to when they want to consult on their Kickstarter, and other times I manage other peoples IP and bring it to life so that it exists in book form.

As for Ascend, I’m most proud of our first award nomination for ALLOY, it’s great to see our first book with our logo already making itself known.

What sets me apart from others. I have a burning drive to make an authentic platform that doesn’t pull the rug out from under people. I’m transparent about my goals and I try to make the most out of whatever experience I’m having with another person, be that as their editor or as a writer.

Any shoutouts? Who else deserves credit in this story – who has played a meaningful role?
Winning the Eisner in 2018 I thanked the two most important people to me who made ELEMENTS: Fire a reality. Christina McKenzie (my wife) and Shing Yin Khor (my Assistant Editor). Then I stood in front of a room of my most esteemed colleagues and dropped a little knowledge on them as I held our awards:

I have been trying to write a speech in the actuality that “we” won, and well here I am with an invocation. Tonight I summon my personal demons. my insecurities, and tell them to bear witness to this moment. Here, I hold this award in honor of 32 creators of color who believed in our collective power to tell stories where “we” are the main characters. Tonight, I hold this award in honor of the countless untold sacrifices by queer creators of color who aren’t here to stand with me. I hold this award and I declare war on an antiquated mentality that tells us our voices and stories aren’t “profitable” enough. We welcome you to reconsider, to come bare us offerings, only to receive our refusals. We’re not waiting for you to catch up anymore. We are here, we have always been here, and we will do as you’ve always told us. “We’ll make it ourselves.” Just don’t be surprised by what comes next. Because in this time of turmoil we need diverse creators just as much as we need diverse books. Representation matters more than just in a fill bucket. Thank you. 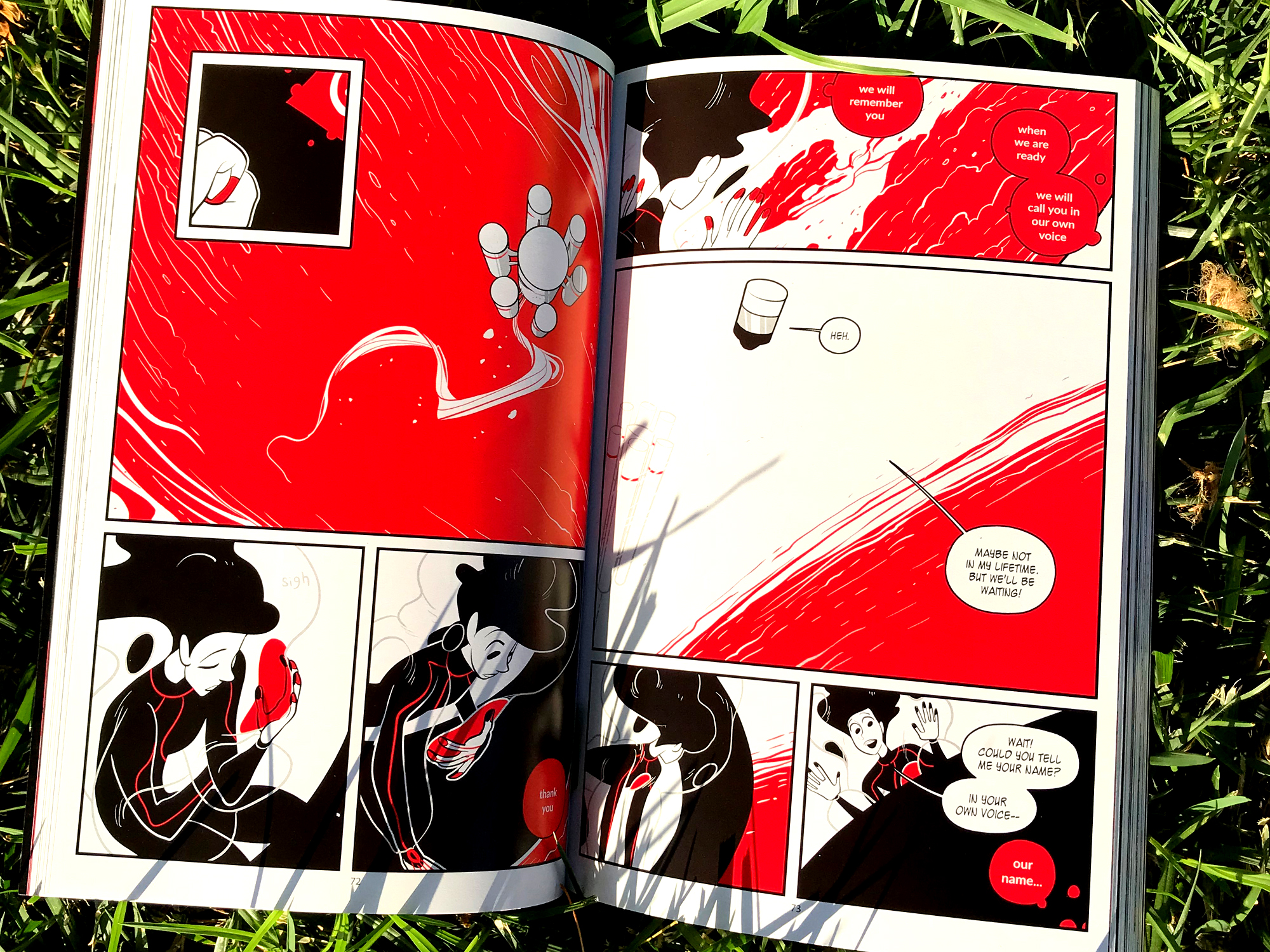 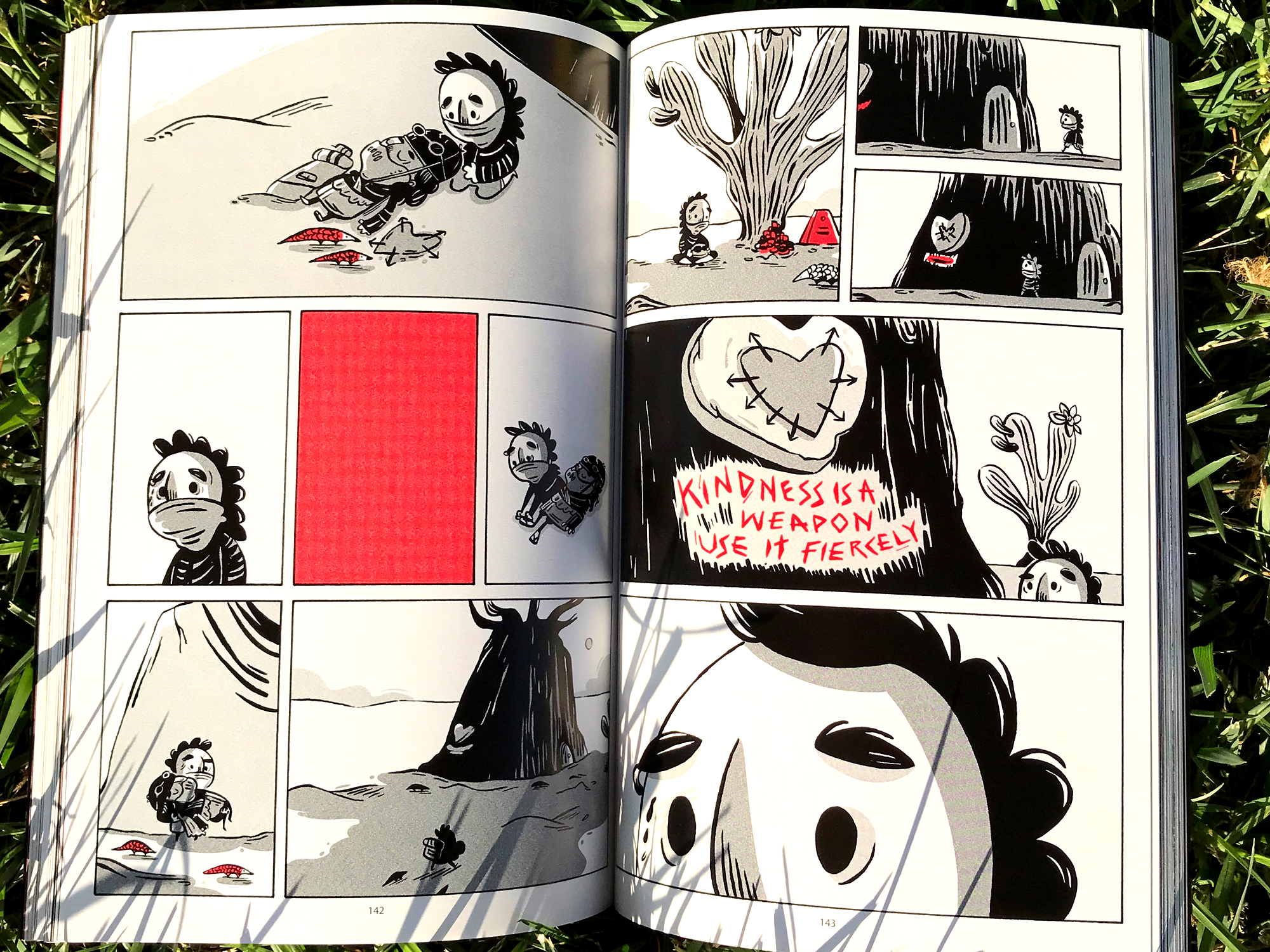 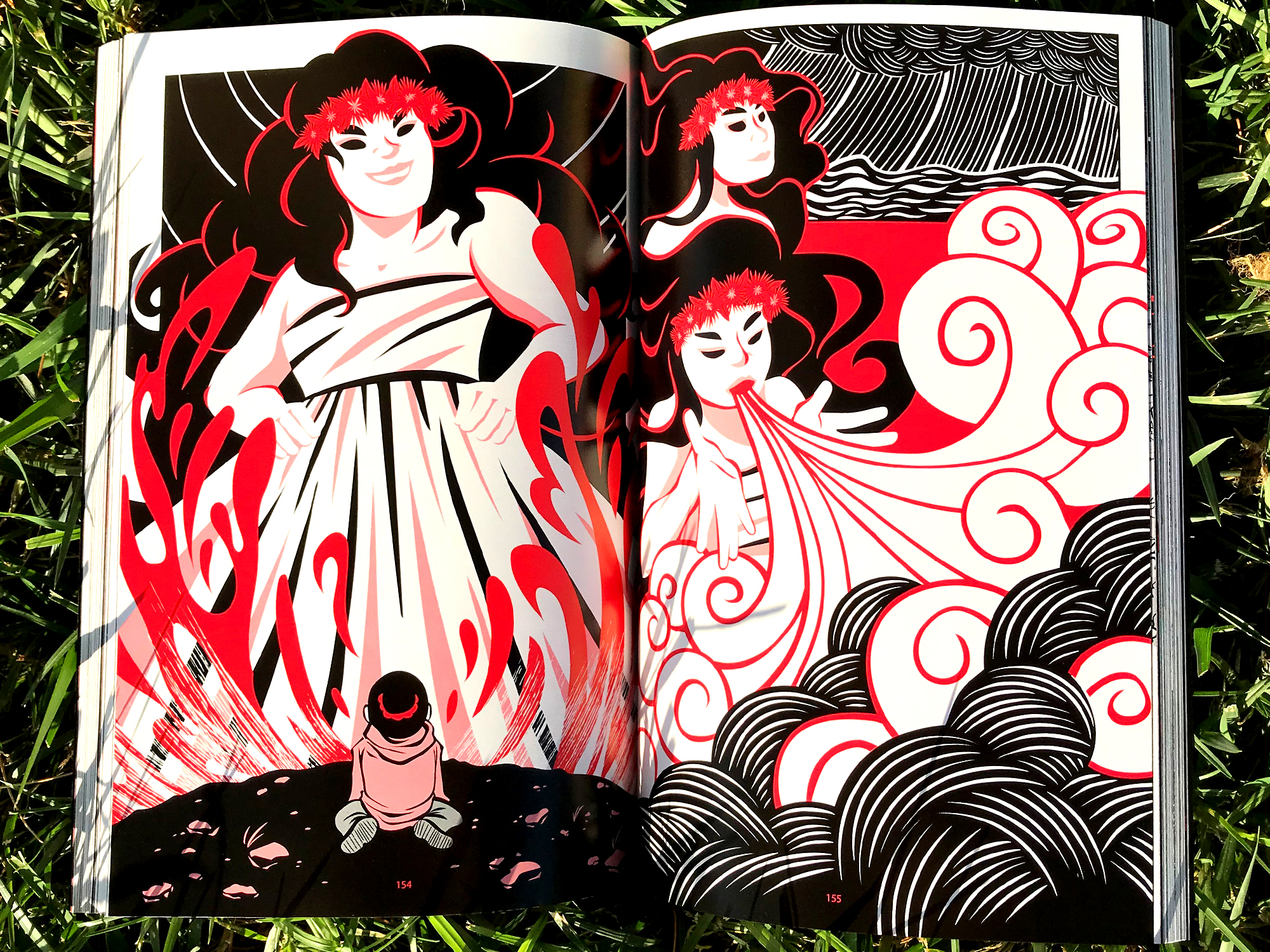 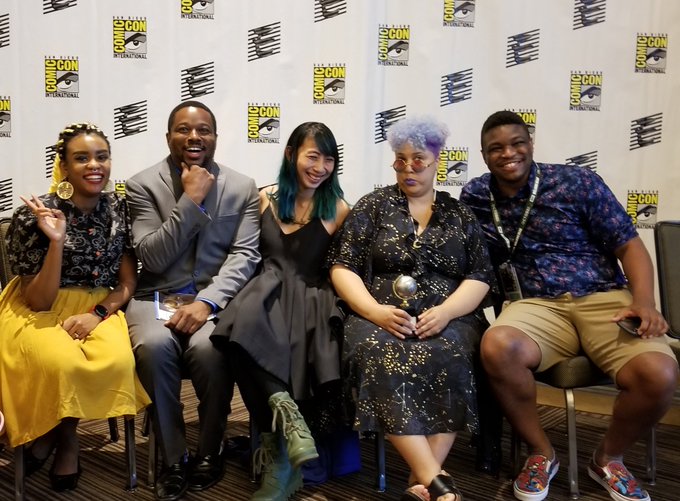 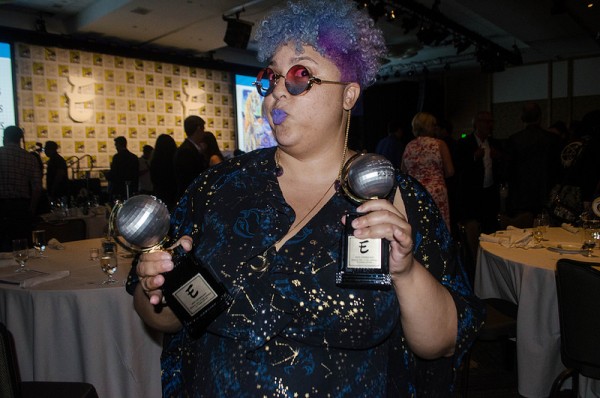