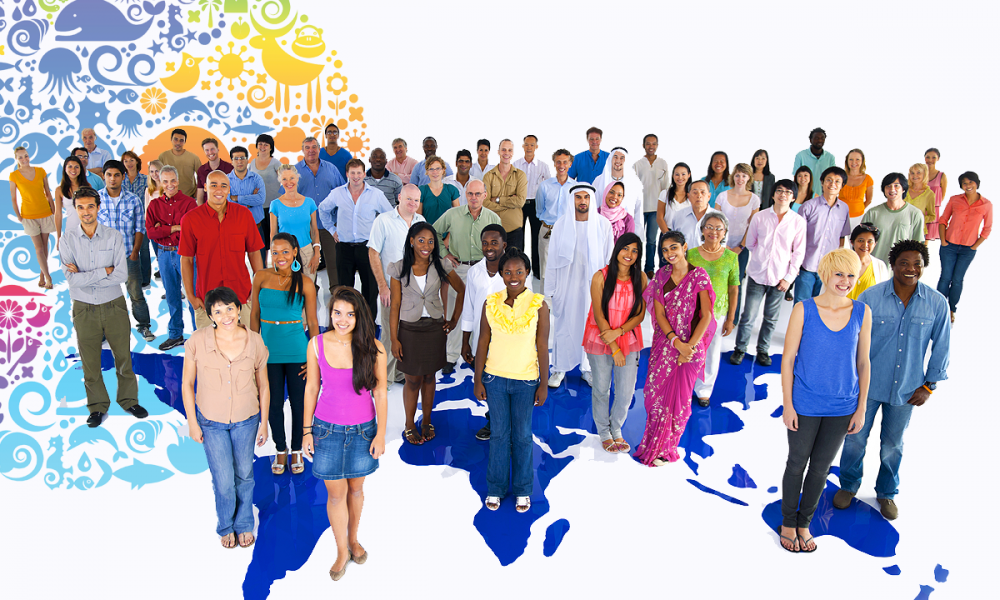 Today we’d like to introduce you to Suthukazi Arosi, Herling Mavuthela, Ikenna Okeh and Peter Hesen.

So, before we jump into specific questions about the business, why don’t you give us some details about you and your story.
We Are UbuntuFM. UbuntuFM is a media organization – virtually based in Johannesburg, South-Africa and built around the ‘Ubuntu’ philosophy of contributing our individual membership towards the wholesomeness of the human community. UbuntuFM originates from South Africa but in fact the project is a collaboration between people from different countries. The UbuntuFM core team originates from South Africa, Nigeria and The Netherlands.

The early roots of UbuntuFM date back to 2005 when Peter invited Suthukazi over to Europe, the Netherlands, for a local AIDS-HIV project he was organizing. They understood each other’s calling and started to put their minds together to make a difference in the world. This is how the UbuntuFM project started online: as a blog.

The real push came in 2016 as King Mavuthela introduced the idea of adding internet radio to our scope. Thus, UbuntuFM Radio Africa was born, followed suit by the introduction of Hip-Hop Radio, managed by Ikenna, Reggae Radio – Peter’s pet project – and the amalgamation of all music genres into UbuntuFM World Radio.

Since then, UbuntuFM has welcomed contributions from all parts of the world by artists, radio hosts and DJ’s, most notably Dubmatix and Dave-O-Rama, both from Canada; the latest addition being a Dance broadcast by Spanish DJ Adam Somerson.

Suthukazi: I believe that when the mission is out there, it will find its way to the people who will carry it out. The universe is interconnected and the airwaves vibrate the message of the music, which is danced upon and sung by all.

King: We are all connected through music, irrespective of where you are coming from.

Peter: With our combined writing skills we maintain our blog on www.ubuntu.fm, have a significant presence on www.africanexponent.com and have recently started blogging on www.medium.com.

Ikenna: Sometime in mid 2017, I accepted the invitation to join the UbuntuFM team. The set-up was a little past its sub-structural stages then. Together, we worked on spreading our online reach via our blogs and various social media outlets like Facebook, Twitter, Instagram and the like.

Great, so let’s dig a little deeper into the story – has it been an easy path overall and if not, what were the challenges you’ve had to overcome?
Ikenna: It really has not been a smooth ride. But if it were, where would the fun have been? There are certain initial hurdles, which we have succeeded in surmounting along the way, and there are some other obstacles which we still have to deal with.

For instance, I operate from Nigeria, and considering the cost of internet and the regular power cuts, you will agree with me that this is a lot to deal with. Secondly, we have a potentially huge following on the African continent, but the internet is not readily accessible in Africa as a whole. This is a considerable obstacle considering that we are an internet-based outfit.

Peter: It is our combined love for the music and ‘Ubuntu’, which is what drives us. Having said that, we take a business approach to our operation. Ours is internet based. Internet in Africa is still underdeveloped when compared to the US and Europe. This is a limiting factor in terms of communicating with our audience, but also in our day to day operations. Therefore, all our on-line services are hosted in Europe. We would love to have more involvement in this matter from the African continent but this will remain an obstacle and a challenge for the foreseeable future.

Suthukazi: Hiccups and challenges in the business are inevitable when you are looking to reach to as much people as we do.

Peter: Yes, indeed. ‘Ubuntu’ originates from South Africa, yet we aim at the world. The Ubuntu ‘philosophy’ which can be summed up as ‘humanity towards others’ is one for the world.

King: Where there is passion, there is a way. I am so in love with both music and radio. To me, time management is the challenge. I must emphasize that on-line radio makes things easier to manage. I am passionate about sharing my experiences, skills, knowledge and thoughts about life through music, which I regard as my personal responsibility.

Please tell us about UbuntuFM.
King: We are from different parts of the world, but coming to a point of merging different ideas for a common goal; which is something worth applauding. The historical background, the challenges we have faced and are still facing in South Africa regarding discrimination, racism and corruption and the challenges the African continent is still facing may also serve as an inspiration to the entire world that nothing is impossible.

Peter: Yes, for me, coming from the other side of the equation, I see it as one of our main tasks to combat racism and bigotry on a global scale. Africa’s history is the history of the world. We present that history, its effects and current affairs to our audience, so they can be informed and make up their own mind. We have no political or religious affiliation. We don’t take sides per se, but it we do it is the side of humanity.

Suthukazi: I believe being true to ourselves as directors and let the business breathe without too much expectation, has given us light and direction. By the time it reaches that high level of understanding and feeling, everyone globally will speak the same language.

Ikenna: UbuntuFM functions as an umbrella housing various divisions, each which its specialized function:

* UbuntuFM Hip-Hop, which operates as an internet radio station, website and social media platform for the promotion of Urban music including Hip-Hop and R&B.

* UbuntuFM Reggae, which operates an internet radio station, a website and social media platforms for the promotion of Reggae music and the message of peace, love and understanding.

* UbuntuFM Africa, which operates an internet radio station, a website and social media platforms for the promotion of music from the African continent. It also features articles on cultural and contemporary issues as it concerns Africa and the global community as a whole.

* UbuntuFM Music, an online music store for the sale of music singles, albums and EPs.

Peter: UbuntuFM World Media is the amalgamation of all Ikenna just stated plus the skills, experience, network and talent we offer as services to artists and other media companies.

What are your plans for the future? What are you looking forward to or planning for – any big changes?
Ikenna: We hope to grow our audience and establish a global reach that cuts across cultures and peoples. And between now and the future, we hope to have discovered amazing talents along the way, from every corner of the globe, to make their music known and heard as much globally as our reach goes.

King: I am passionate about transformation and spreading the spirit of Ubuntu through music in our global community. To me, we will never see ourselves free until all human beings are. Ubuntu FM is truly at the centre of making immense contribution to that extend. Radio has an ability to reach boundaries far and beyond to contribute towards helping to the world to achieve the national and international objective of creating a non-racial society, peaceful and united irrespective of race, color or creed.

I see myself in that space where I can influence the discourse and make my small contribution. It is one moment where I see myself as one of those few leaders assigned with responsibility to take our society to another level and help to alleviate poverty, combat unemployment, crime and improve the level of literacy.

Peter: In 2018, we are planning to add Soul and Jazz channels to our radio presence. We are open to contributions and cooperation from all corners of the world. In fact, I personally would love if we eventually would have a branch in each country and involve local people. One key aspect of Ubuntu is the ability to enable people from the community that surrounds us. With the help of the internet this implies the world. To give back what we have received.

One of my major worries, however, is the infringement upon #NetNeutrality, that is currently taking place in the US and probably will envelope the world as the US is the biggest owner and provider of internet data structures. A neutral, unbiased global internet is key to our operation and that of many other independent media companies. We’ll have to see how this story pans out in the coming year.

Suthukazi: We will expand by including new members and contributors to spread the word. The UbuntuFM movement is to remind people of who we are as human beings; that we are created so beautifully by God, with love. We, therefore, need to apply that to one another as long as we are living on this planet. 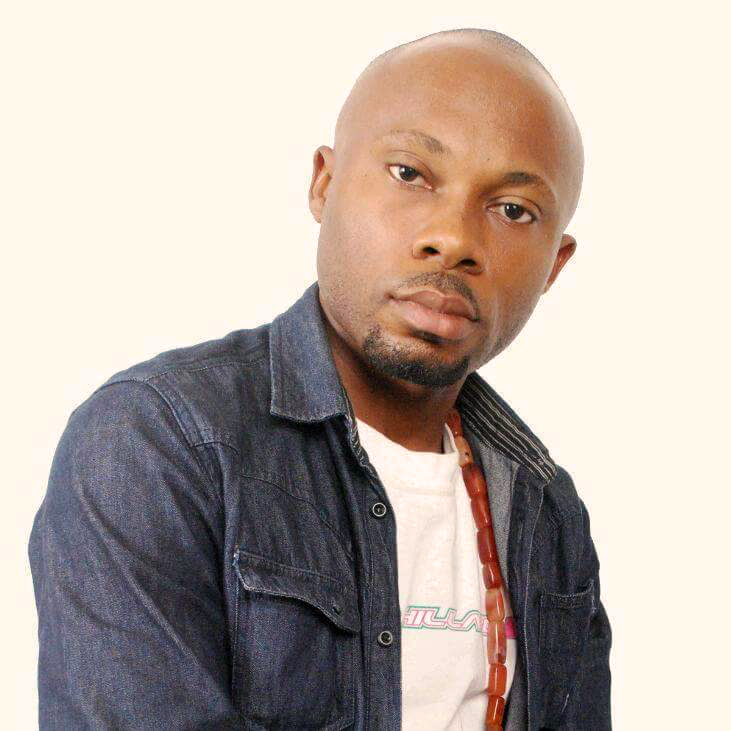 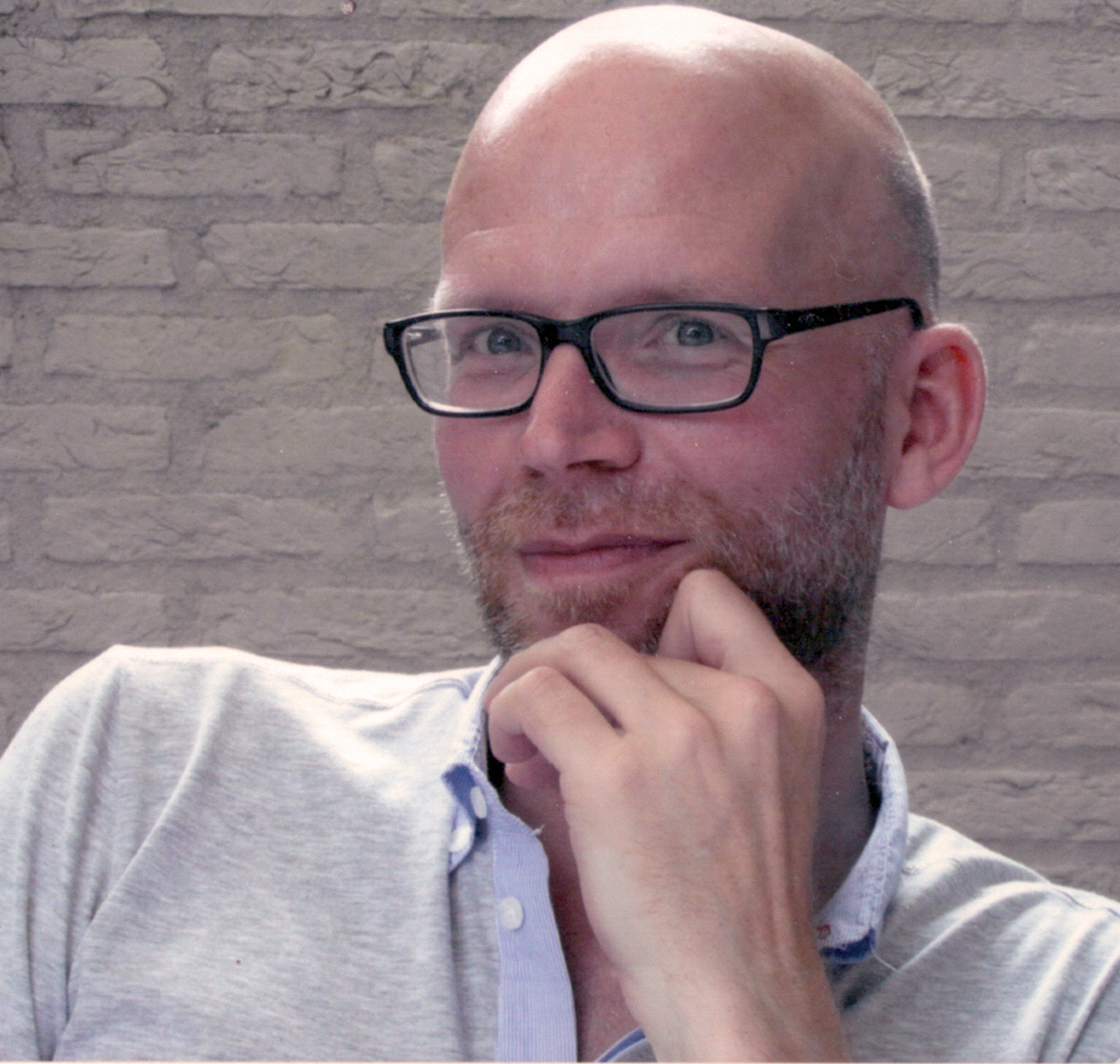 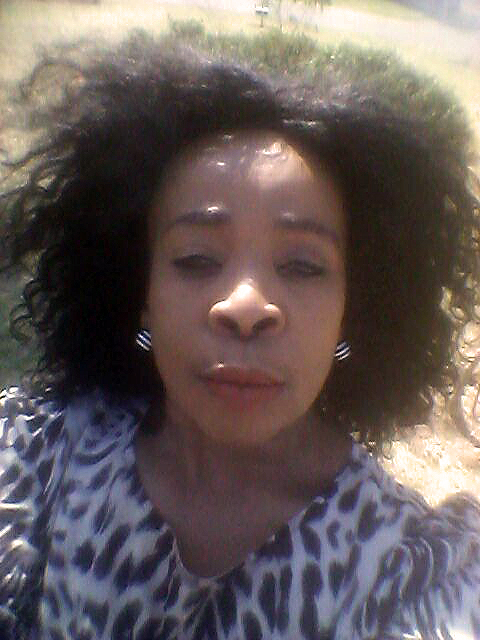 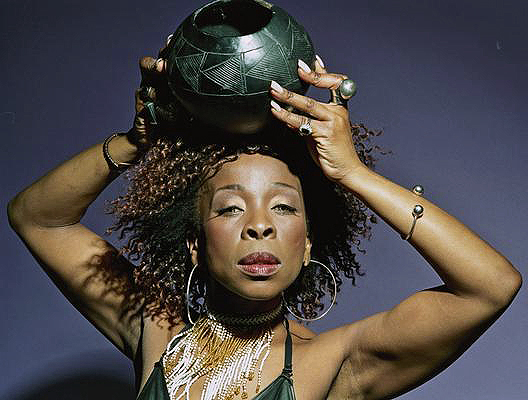 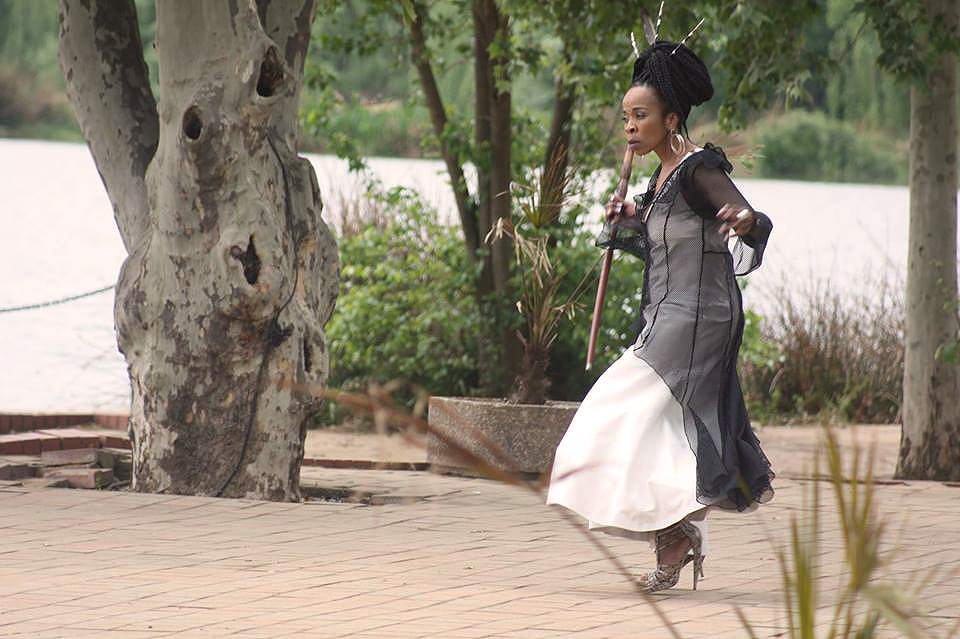 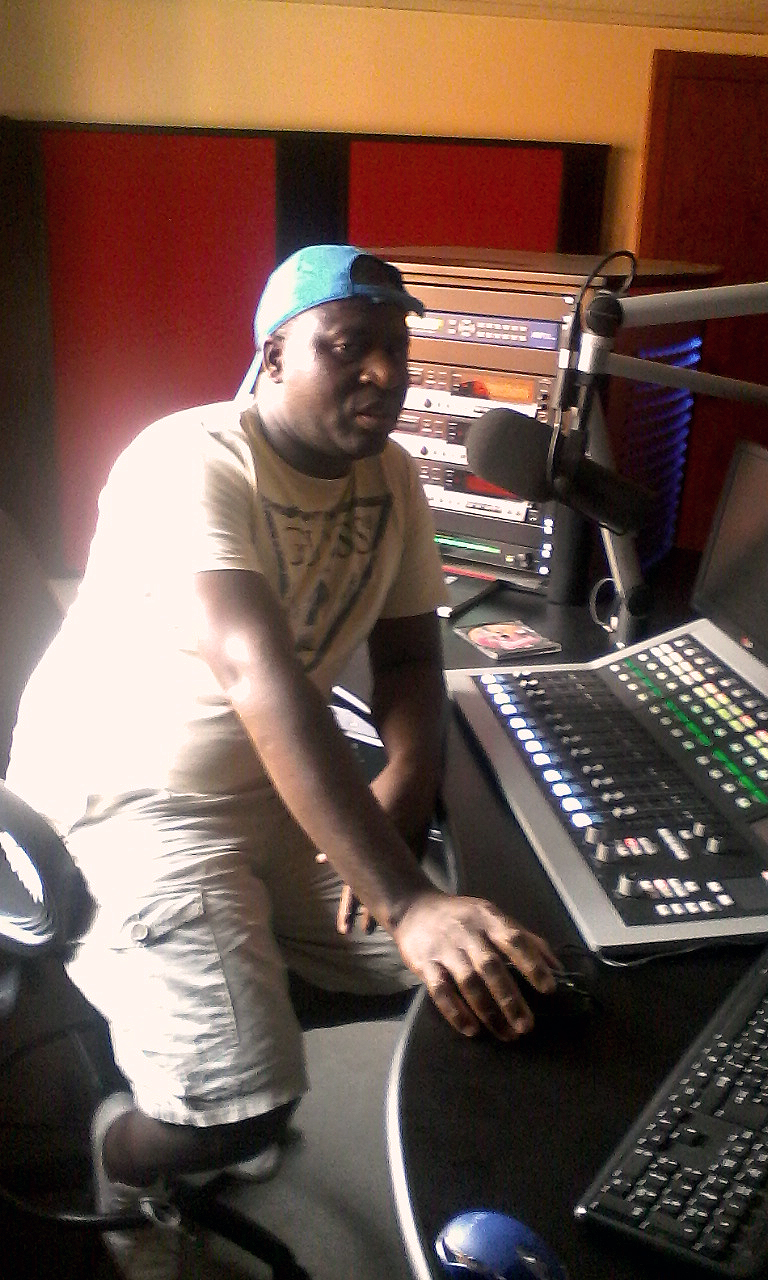