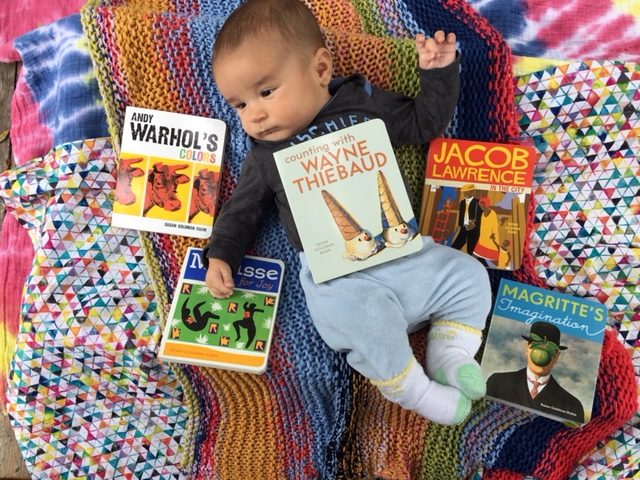 Today we’d like to introduce you to Susan Rubin.

Susan, let’s start with your story. We’d love to hear how you got started and how the journey has been so far.
I grew up in the Bronx and dreamed of becoming an artist. I started going to classes at the Art Students League in Manhattan when I was ten, and later attended the High School of Music & Art. At Oberlin College in Ohio I majored in English lit. Upon graduation, I got married and within a few years wound up living in Granada Hills, California, with my first husband and our three young children.

I still wanted to be an artist. More specifically, I wanted to illustrate children’s books. I had never dreamed of becoming a writer but I knew that a picture book had to have a sequence of pictures so I started writing stories based on family events to give myself something to illustrate. I couldn’t afford to go to New York where most of the publishing houses are located to show that I thought was a professional portfolio, so I sent samples of my work. To my surprise editors were often more interested in my writing than in my artwork.

Once when I was visiting my brother in Chicago I took the opportunity to meet with the editor at Albert Whitman & Company, a children’s book publisher. I left samples of my work hoping that I would be given an illustrating assignment. But a couple of weeks later the editor called me and said they wanted to publish my story “Grandma Is Somebody Special” with my artwork. I was thrilled! I don’t think I’ve ever been as excited about selling a book as I was that first time. The process had taken five years. Two more picture books followed.

Meanwhile, my first marriage ended in divorce and I remarried. My second husband had two little boys who I helped raise, then we had a baby son. Six children in all. While I was pregnant, I needed to stay off my feet and a friend suggested I write a novel. The result was “Emily Good As Gold,” a coming of age story about a girl who is developmentally disabled but faced with the same emotions and conflicts as all girls. A companion book “Emily In Love” shows my heroine mainstreaming at a high school and facing new challenges as she tries to connect with a “regular” boy.

My second husband and I had moved from Santa Monica to Malibu where we found a dumpy old house that needed lots of repair, but it had small separate spaces for each of the kids, and access to the beach where we spent all our weekends and vacations. Then, in November 1993, a firestorm hit Malibu and our house burned down. We lost everything except the clothes we happened to be wearing that day. Our youngest son was twelve and we wanted him to get back to school as quickly as possible so we rented a house in Malibu, and a couple of years later bought a house similar in spirit to the old one.

But after the fire I found I couldn’t draw or paint anymore. I froze. So I turned my passion for art into writing about art for young readers. I had been working on my first nonfiction book at the time of the fire, a biography of Frank Lloyd Wright. My goal was to present a fresh, realistic look at Wright who had been whitewashed in earlier bios for children that were dated. To my delight, Abrams, a great art book publisher, gave me a contract to do the book. My editor and I went on to do many books about figures in the arts such as photographer Margaret Bourke-White, muralist Diego Rivera, filmmaker Steven Spielberg, painter Roy Lichtenstein, and fashion designer Elsa Schiaparelli. Our most recent titles are “The Quilts of Gee’s Bend;” Coco Chanel: Pearls, Perfume, and the Little Black Dress;” and “Degas, Painter of Ballerinas” done in collaboration with the Metropolitan Museum of Art.

As I did books for older readers, I had ideas for using great art to illustrate concept books for very young children, and Chronicle Books published my series of Modern Art board books. We also did biographies of painter Wayne Thiebaud, the Wyeth family of Artists, and most recently artist and architect Maya Lin, designer of the Vietnam Veterans Memorial. During these years, I unexpectedly wound up doing books about the Holocaust with my editor at Holiday House. This came about when my friend, the librarian at the Simon Wiesenthal Center Library and Archives at the Museum of Tolerance in L.A, told me about Friedl Dicker-Brandeis, an artist who had worked with children, her fellow prisoners, at Terezin, a concentration camp near Prague. Friedl helped them cope with their frightening ordeal by painting and drawing. I knew I had to tell this story.

To do so I needed to visit Terezin and get permission from the handful of children who had survived, now in their seventies, to tell their stories. My husband and I made the trip and were deeply moved by the spirit of the survivors we met and their desire to have their stories told to children in America. My book “Fireflies in the Dark: The Story of Friedl Dicker-Brandeis and the Children of Terezin” recently came to the attention of a Russian tv-culture channel and they interviewed me as part of a documentary about Friedl they are preparing. This was especially meaningful to me because my father was born in a part of Russia, Moldova (my maiden name is Moldof), and came to this country when he was nine. He vividly remembered suffering anti-semitism in pogroms so I felt I had come full circle.

With my editor at Holiday House I’ve done a number of books on themes of social justice. By now I’ve published more than sixty books with new titles due out in 2020. I feel extremely lucky to do work that I love and explore subjects I care about deeply. My hope is to convey that excitement and interest to readers.

Has it been a smooth road?
It has not been a smooth road. Always a struggle to convince an editor that the book I want to write is one that should be published. And since the payment for children’s books is low, I have to travel to do primary research on my own dime. The research is thrilling. But the writing is always difficult. I belong to a marvelous writers’ group that meets weekly and we critique each other’s work. Getting that feedback helps enormously. We’ve been meeting for more than 25 years. I’m grateful that they accepted me because the group started about forty years ago.

Having a big family means juggling time. Somehow, I manage. I’m a hard worker and disciplined. Going into my office each morning is like going to a job. I take a short lunch break, and sometimes go to the gym early afternoon to clear my head, then come back and don’t stop till around five when I cook dinner. Now it’s just my husband and me but it used to be a big family group each evening.

We’d love to hear more about your work and what you are currently focused on. What else should we know?
I’ve won many awards but I keep them stashed away on a high shelf in my office. The challenge is always the book I’m writing that I hope to get right.

I’m especially proud of the books I’ve done about social justice to raise awareness about racism in our country. “Brown v. Board of Education: A Fight For Simple Justice” opened my eyes to racism in America that existed when I was growing up and learned nothing about in school.

“Freedom Summer: The 1964 Struggle for Civil Rights in Mississippi” involved a trip to Mississippi and interviews with Civil Rights veterans who I had only read about in books for adults. I was deeply moved and enraged by conditions I saw with my own eyes and heard about from people living there. I made some wonderful friends and felt honored to be accepted. I realized that even in a Jewish neighborhood in New York racism existed in the 1940s and ’50s, when I was growing up, and hundreds of years before then. As a nation we have a long way to go in healing and teaching.

Is our city a good place to do what you do?
LA is tough for a writer because the cost of living is so high. I know this because of my adult children who are apartment renters and homeowners. But it’s a marvelous city full of resources for writers: libraries, writing groups, adult extension classes, lecture series, and an organization I’ve belonged to since its inception, SCBWI, the Society of Children’s Book Writers and Illustrators.

For someone starting out, I guess the best bet is to keep your day job and try to rent a room or guest house, or studio in a less fashionable part of town. 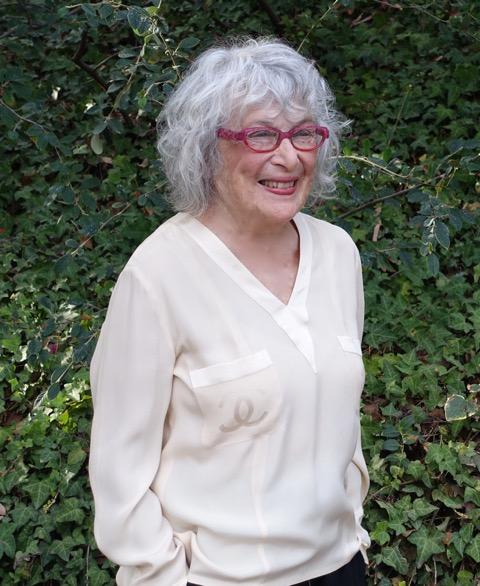 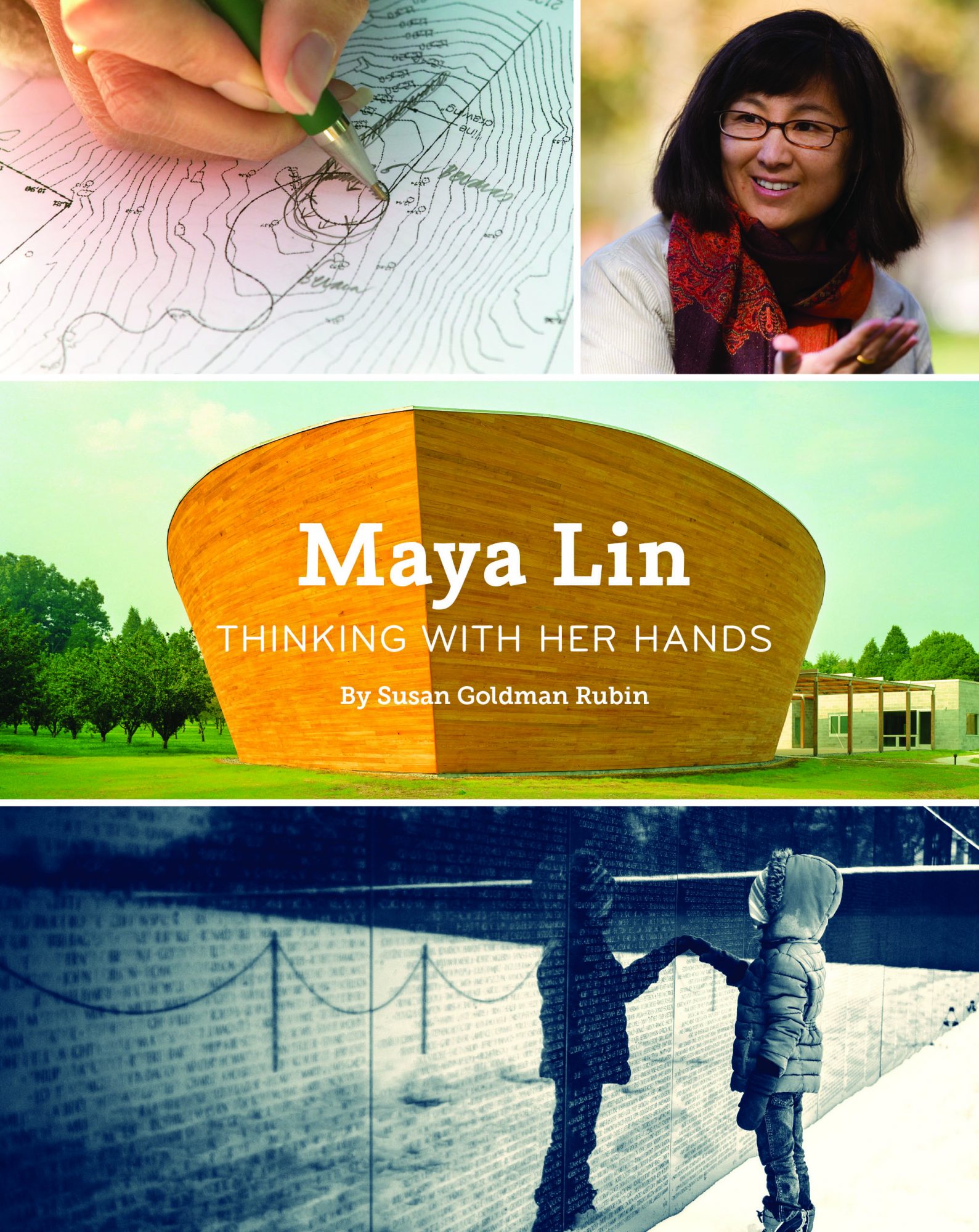 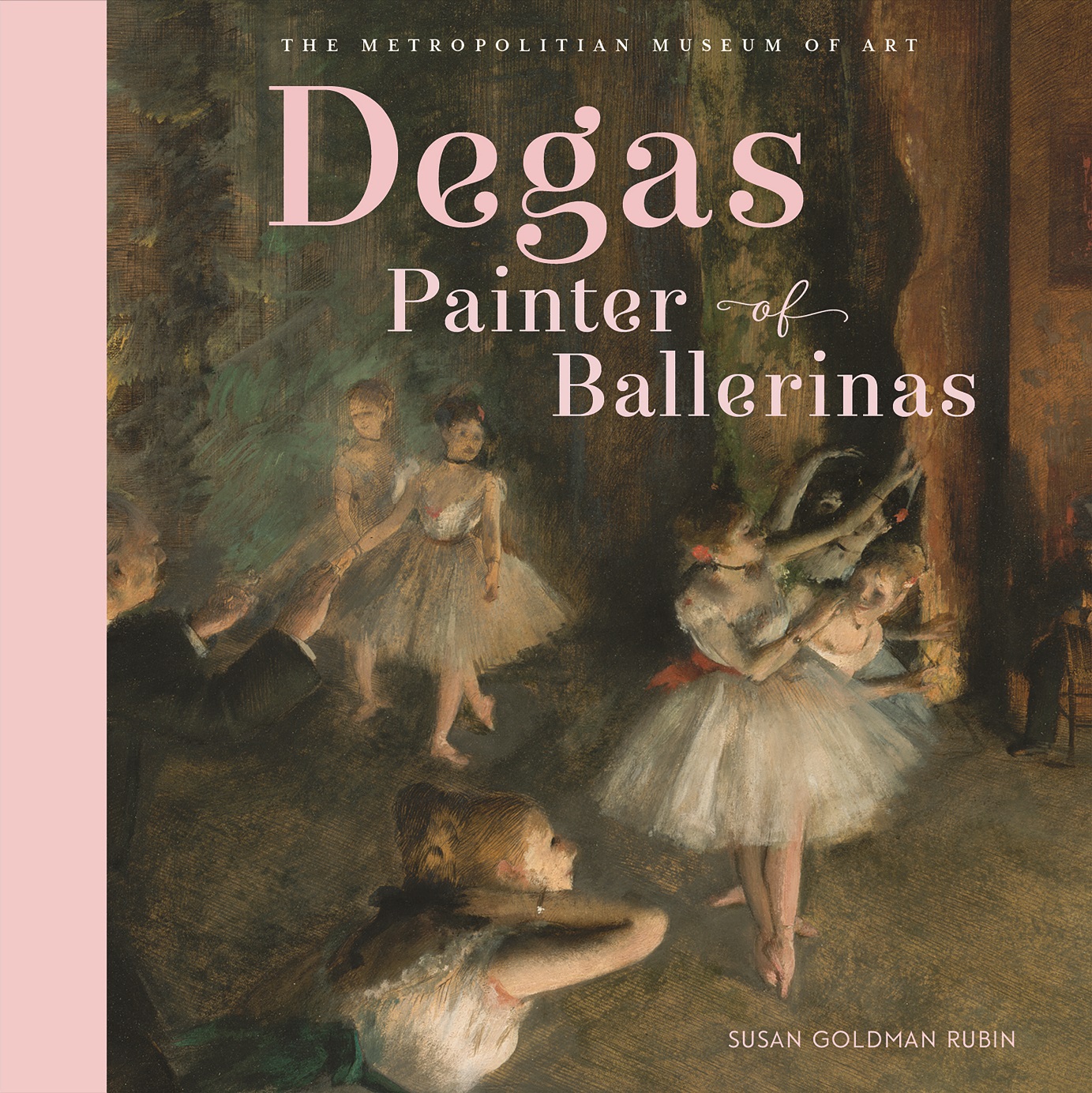 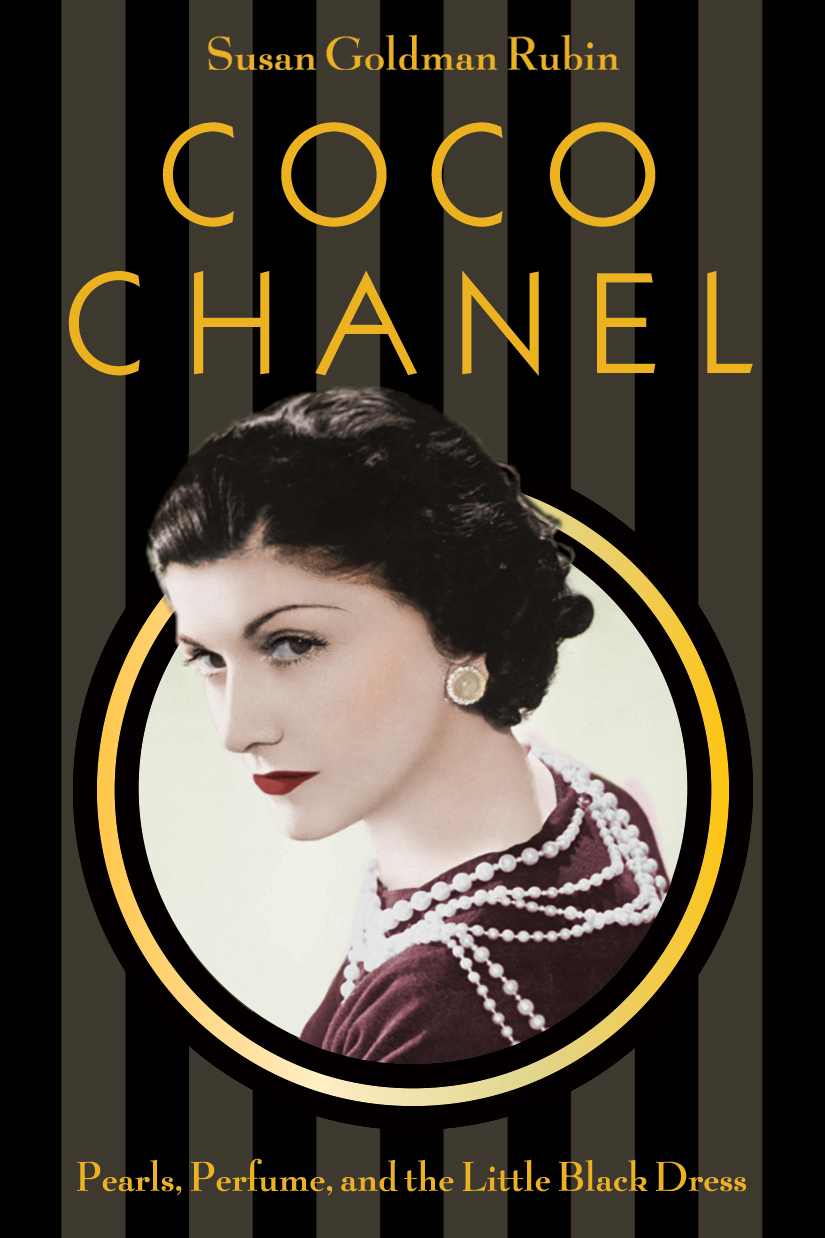 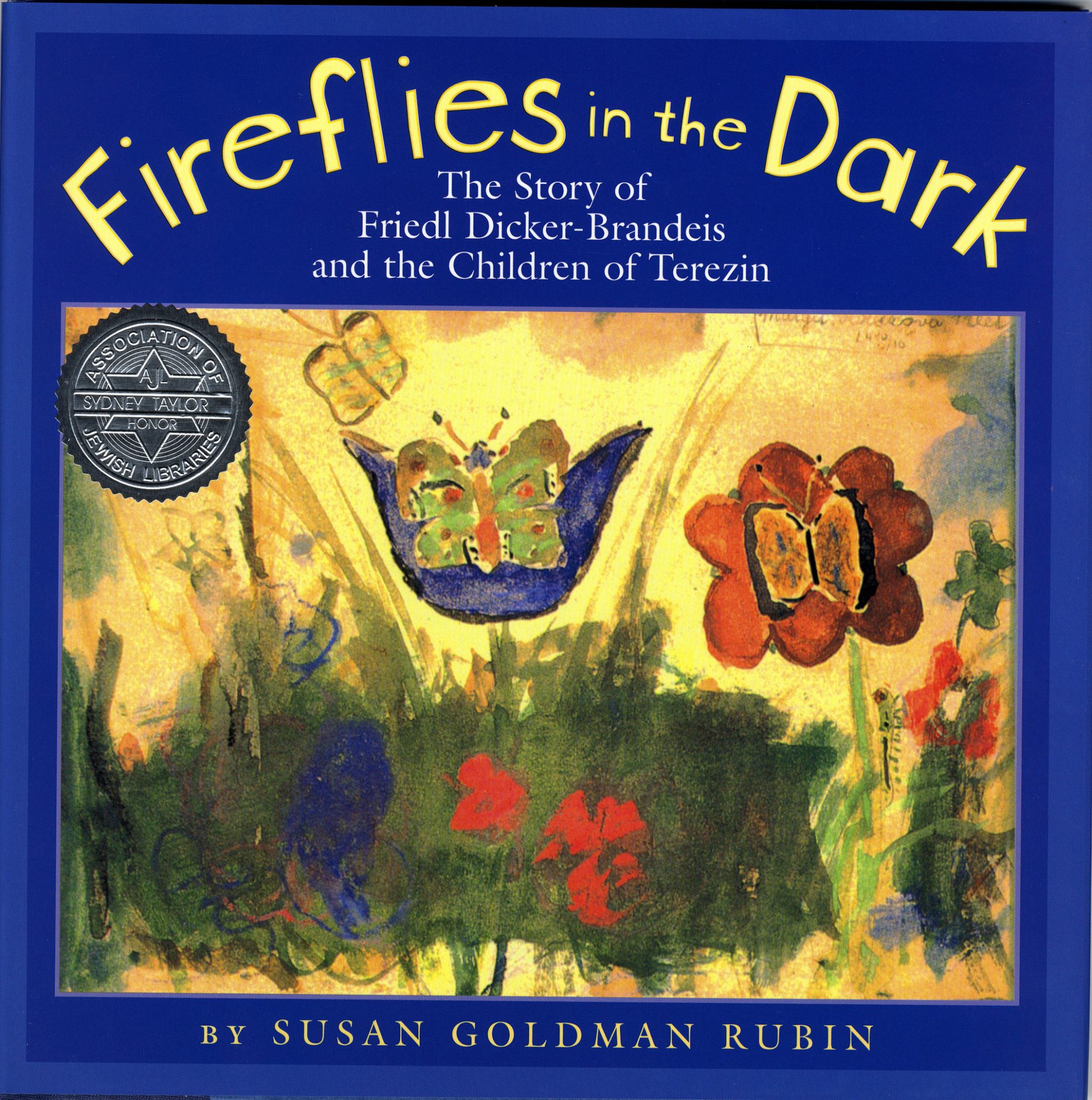 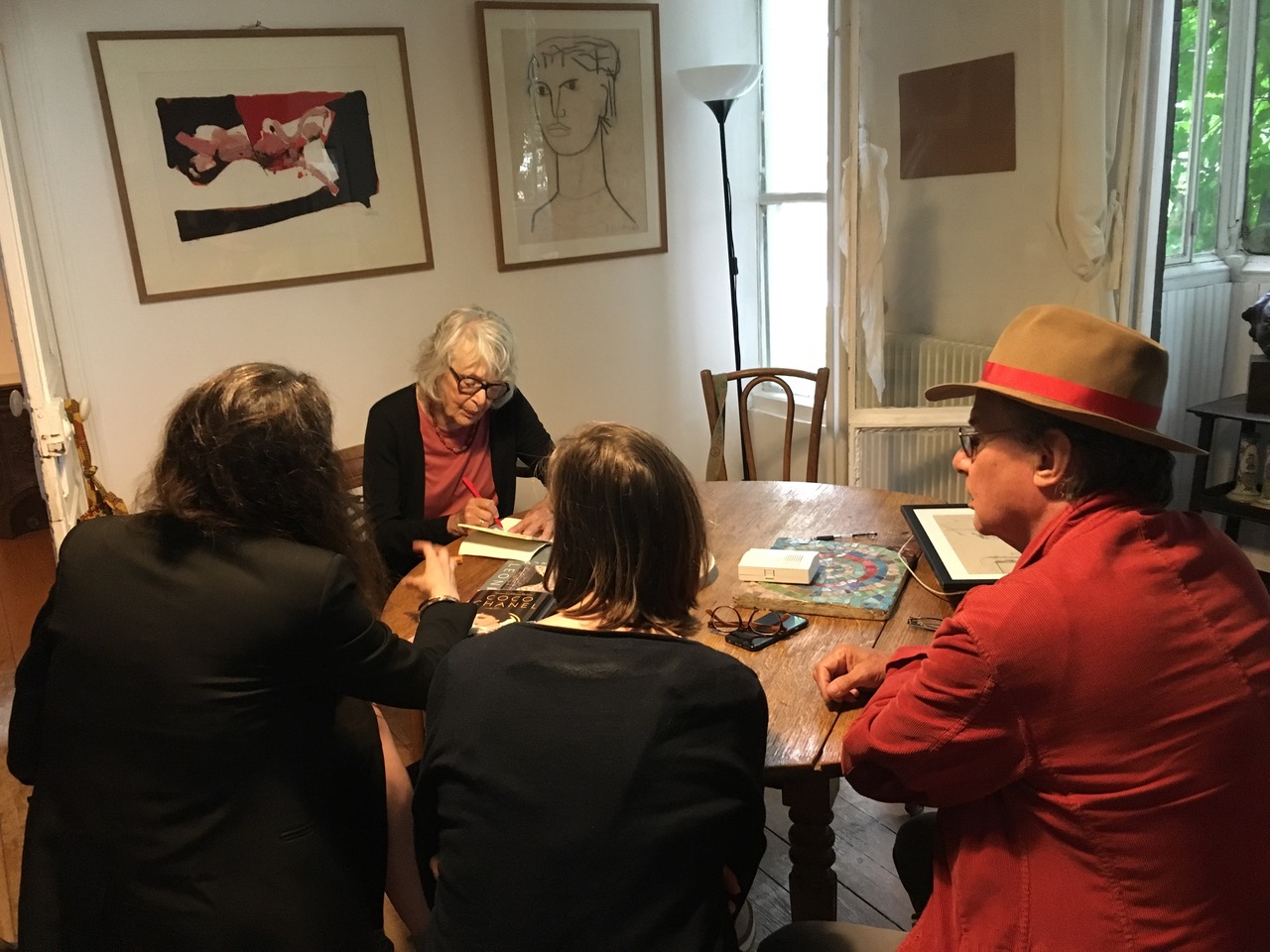 Image Credit:
Photo of me is by my husband, Michael B. Rubin, Photos of book jackets are provided by the publishers., Photo of me signing a book with artist friends in Paris is by Sophie Rademecker.