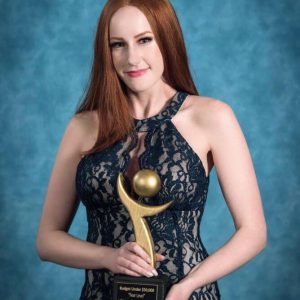 Today we’d like to introduce you to Savannah Meyer.

Savannah, let’s start with your story. We’d love to hear how you got started and how the journey has been so far.
Oh my gosh, where do I even start?! It has been quite the journey. I’ve been interested in the entertainment industry for as long as I can remember. Acting, in particular, was fascinating to me, but I was unsure how to pursue it as opportunities like that simply didn’t exist in the tiny Northern Utah farm town where I lived. I’m not exaggerating when I say tiny; the population back then was maybe 400 people! [laughter] In fact, the closest big city and agency was over two hours away from me. Regardless, I think my mom knew how passionate I was about wanting to get started, so she drove me out there and I was signed alongside my younger sister. My mom drove the two of us back and forth many times for new headshots, auditions, meetings, etc. I’m so grateful for my mom for all she did for us on top of working full-time and going to school herself. During this time is when I was booked to be in High School Musical 3! I was ecstatic. It was my very first time on a film set, and I was completely blown away. It was even greater than I could have imagined! When we wrapped, several people were complaining about the 12 hour day(s) and I remember just hoping I would have the opportunity to do it again! I briefly met Zac Efron and Corbin Bleu and it was all just really surreal. I also did some modeling during this time, and genuinely felt as though I was on track to do something exciting with my life. However, shortly after I got started, my agency ended up shutting down. Without them, I simply didn’t have the opportunities or tools I needed to succeed in such a small town. I was devastated! For the first time in my life, I felt like I knew what I wanted, but I couldn’t realistically pursue it at that time.

Fast forward several years. I was living on my own, and I was working as much as I could on various local projects and photoshoots. Most were unpaid, but they gave me a lot of exposure which definitely helped get my career off the ground. Eventually, I landed a featured role in a Hallmark Christmas movie! I remember being in shock when I got the call from my agent that Jeff Fisher had hand-selected me from hundreds of other actresses! I asked my agent if she was sure she called the right redhead! [laughter]

I didn’t have any lines, but I didn’t care! I played the role of “Ellen” who was the girlfriend of the lead actor and it was such an exhilarating day on set. After this, I continued training, networking, submitting for probably hundreds of roles, and in 2017 I landed a lead role in a feature film called “Fear Level” which is now available on Amazon Prime Video for rent/purchase. The film also won a couple of awards between Utah and LA film festivals, which was a really pivotal moment in my career. As of today, I’ve worked on nearly a dozen films and at least 50+ photoshoots. I recently booked two films and I’ll be working out of state for both of them which is a first for me and very exciting! My hard work and exposure from acting and modeling has also allowed me to grow a very large fan base on Instagram which I just recently began monetizing from. My next goal is to move to Calabasas or Malibu as soon as possible and just keep up the hustle. I’m so incredibly grateful for all of the opportunities I’ve had and I’m very excited for the future.

Overall, has it been relatively smooth? If not, what were some of the struggles along the way?
There have definitely been some roadblocks. At the age of 19, I ended up becoming a single mother and had to move back to Utah to survive. I was working 60+ hours a week at my day job, raising a toddler, and trying to use any ounce of free time I had for any gigs I could get; which usually meant unpaid student films. I was happy because I was at least doing what I loved, but I wasn’t progressing. I was back where I started, had very limited access to opportunities, and felt I was wasting my time. My only option to get bigger gigs came with a price which meant commuting four hours a day to get to acting classes and various auditions. Hardly anyone I knew could understand that level of dedication. Being an actress was, and still is, unheard of where I grew up. I started to realize that people weren’t taking me seriously because I wasn’t living my life the “traditional” way. I lost many friends and even members of my family because of my choice to live outside the box, so to speak. I chose to cut any negative energy from my life, and I began thriving shortly after. I’m grateful I’m not weak or the type of person that depends on validation from others, because this industry has no room for people like that. You have to be strong and truly believe in yourself 24/7. This was a really empowering time in my life because I realized that I was allowing other people to put limitations on me. There was no reason I couldn’t continue to be a great mom and pursue acting at the same time. I knew what I wanted and I knew how to get it. As soon as I realized all of this, my life totally changed. I moved out of that tiny town, got married, my husband adopted my daughter and has helped raise her as his own, and life is good.

I’m forever grateful for all the setbacks, both past and present, as they make me who I am.

Alright – so tell us what has helped you stand out in this industry? Anything else people should know about you?
I’m a professionally trained actress as well as a model. For as long as I can remember, my red hair has helped me stand out. It’s all natural! I’m also not your typical 5’9″ 110 pound model. I’m different, and I love it! Another thing that is unique about me is my ability to cry on cue. I refuse to call it “fake crying” because it’s not fake. The pain, happiness, or whatever else my character is feeling is very real and I draw from my past experiences to make it as believable as possible for my audience. I’m also a very blunt person which is a blessing, and a curse…[laughter]. I will never just tell people what they want to hear. For example, just the other day, someone asked me how he could get into acting and make amazing money. I laughed because I thought he was joking, mainly about the making money part. Every successful actor knows that making money takes a long time, and no actor started acting for the money. It’s because we love it. I asked him if he could see himself doing literally anything else besides acting. He said he could, so I told him to go do those things instead. Harsh? Maybe, but this industry will eat you alive if you’re not 100% passionate about it. The truth is, even if you are passionate, you can still fail. It’s the hardest thing I’ve ever done, and I will not pretend otherwise. There isn’t even a guarantee for success! It’s a huge gamble and not many people can handle the pressure. I cannot picture myself doing anything else and I’ve never had a plan B which I believe is part of why I’ve been able to be so successful. No matter where I end up, I will forever be proud of how hard I’ve trained, and how far I’ve come.

Any shoutouts? Who else deserves credit in this story – who has played a meaningful role?
Wow, this is a hard question. There are so many people who have played an important and impactful role in my life. I first want to thank my family, specifically my mom and my dad. They have helped me through some of the hardest times of my life and I would not be where I am without their support. Next, I would like to shout out my husband. He has always had my back and loves me unconditionally which is so rare to find. He is a huge part of why I’m able to freely pursue acting. Next, I would like to thank my friends, co-stars, photographers, directors, filmmakers, producers, DP’s, PA’s, agents, and pretty much everyone I’ve met on this journey. I’m truly so grateful to have so many lasting friendships and strong connections. I would also like to thank my grandma. Though she is no longer with us, she taught me a lot and deeply impacted my life especially towards the end of hers. During her life, she taught me so much about the power of positive thinking, and to always follow my heart which I try and do every day. Last but not least, I want to thank all of you at VoyageLA for having me and for allowing me to tell some of my story! 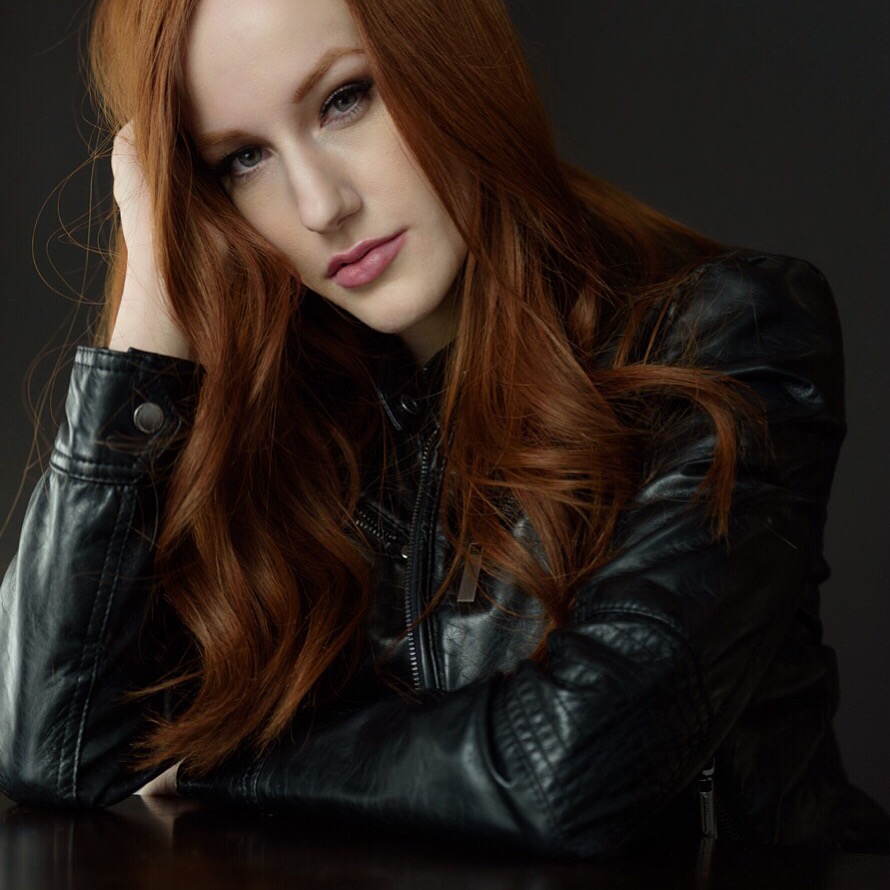 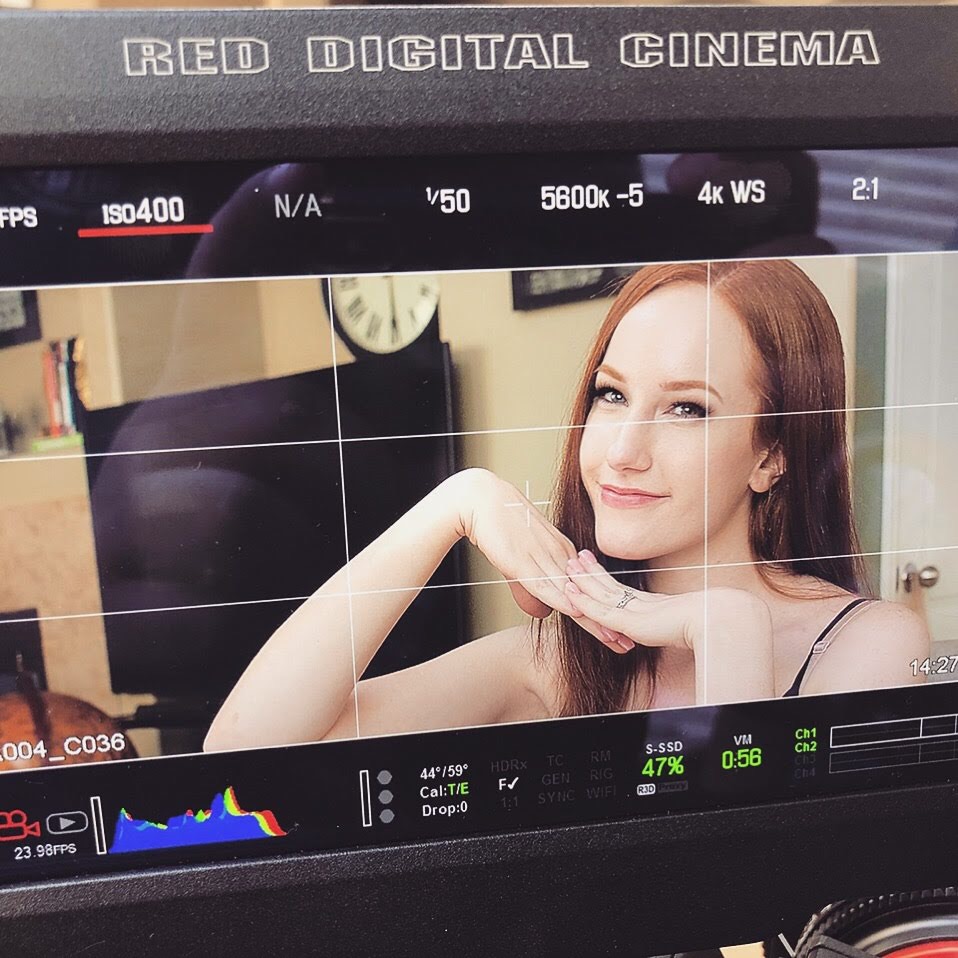 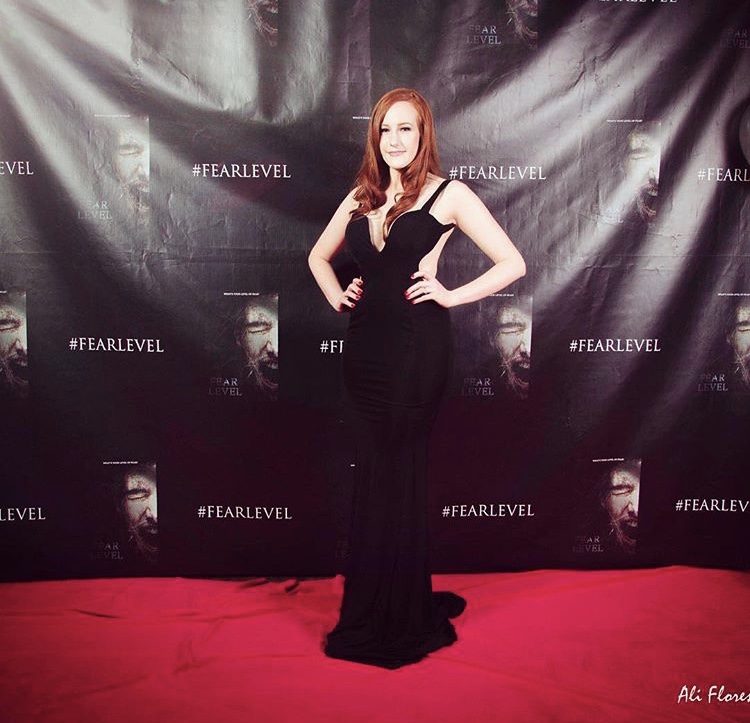 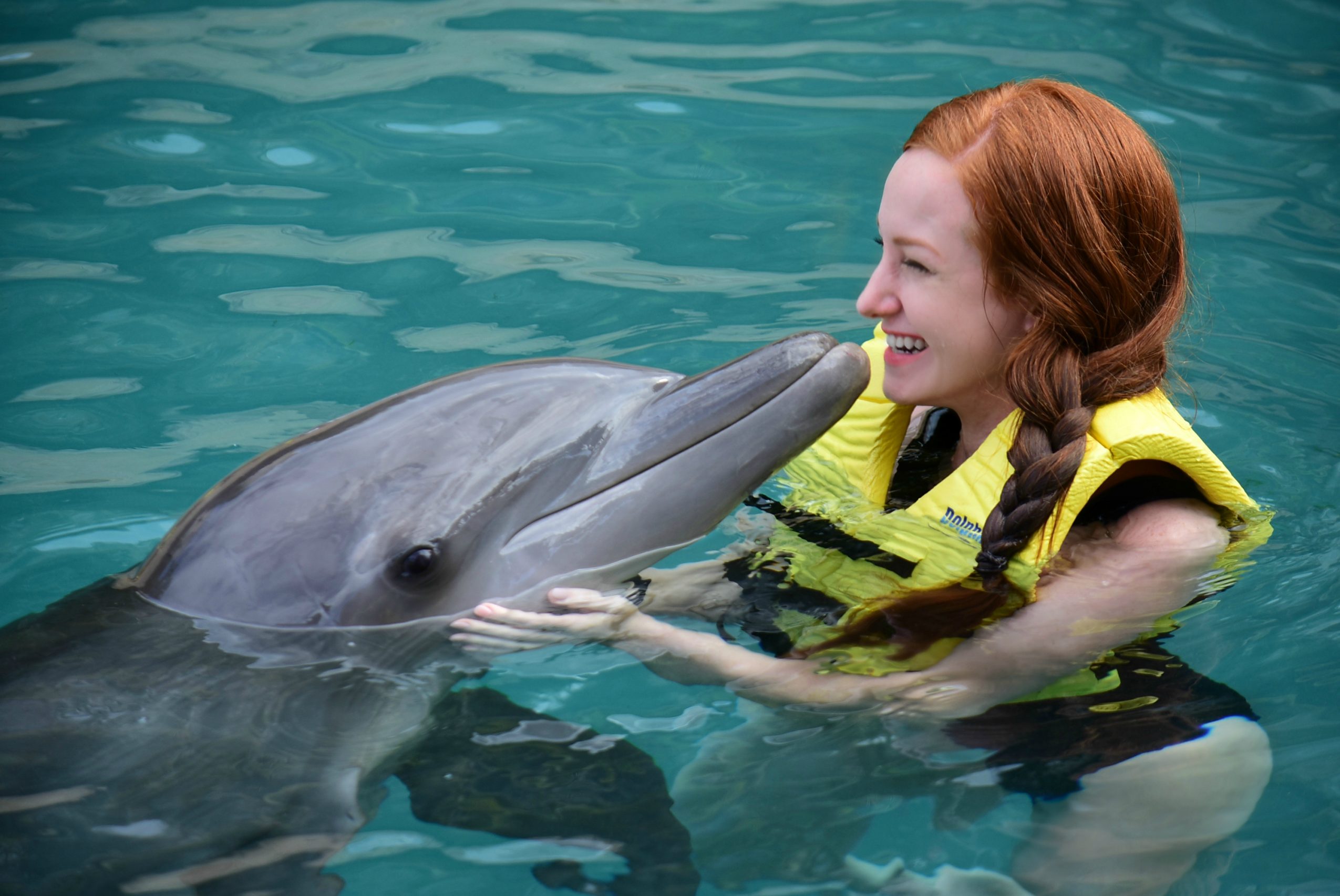 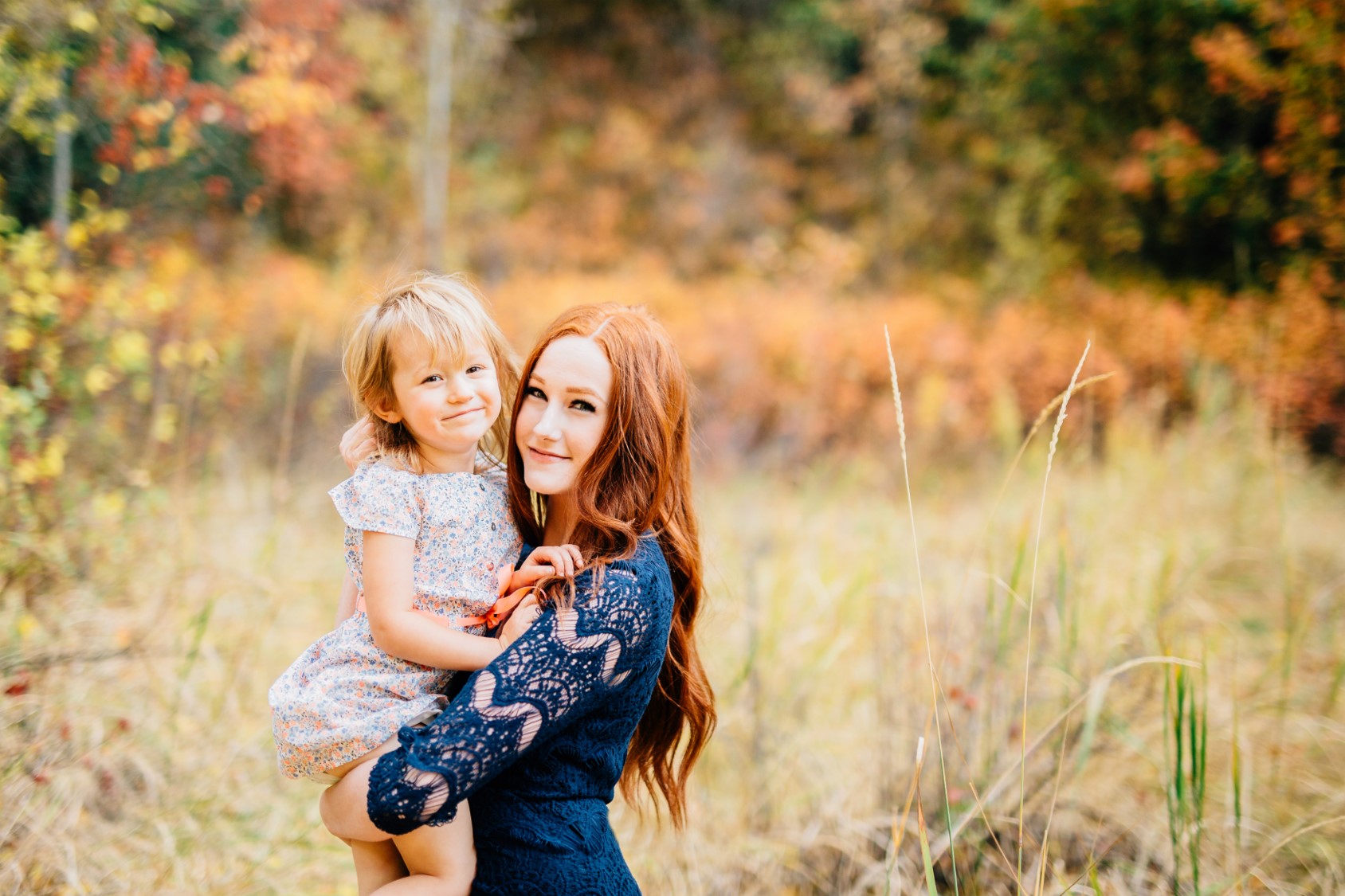 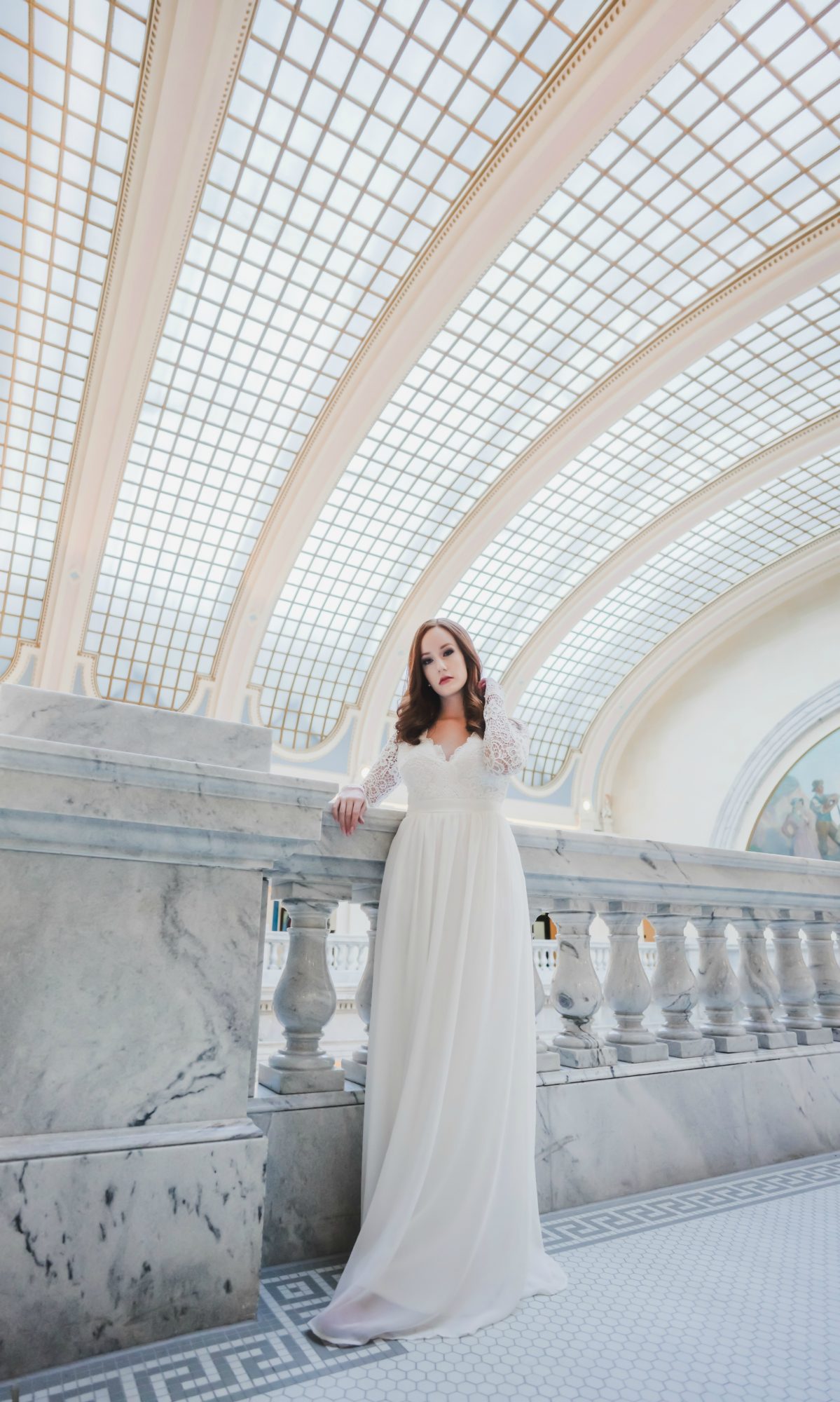