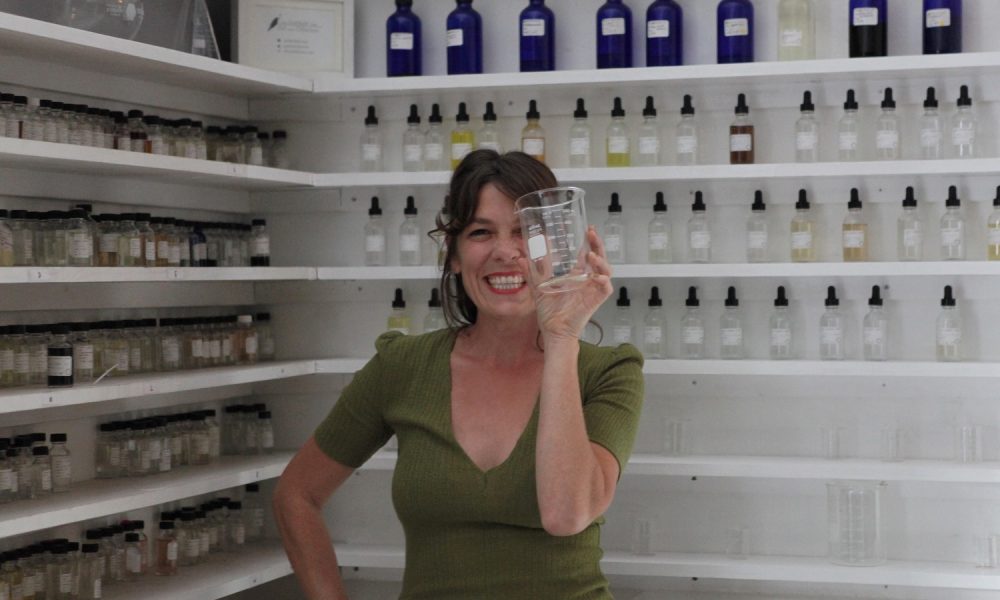 Today we’d like to introduce you to Saskia Wilson-Brown.

Saskia, let’s start with your story. We’d love to hear how you got started and how the journey has been so far.
I became interested in perfumery in 2011 when I was working at a television network. A friend gave me ‘The Emperor of Scent’ by Chandler Burr, a book that was loosely about the perfume industry. I thought, “Well, hey, here’s a strange and interesting world!”

It had never occurred to me to think about perfumery in the context of a creative practice because I had never thought about the field beyond liking certain perfumes. I had studied art and was immersed in the world of storytelling, so when I read that book, I made a quick connection. How can I work creatively with scent? Why don’t more people work with scent?

As I started to explore the field, I quickly found that, in fact, perfumery was an industry that operated in a way that was surprisingly out of sync with the democratization I was witnessing in film and TV.. Also, unlike other creative fields, perfumery was (and is) for the most part in thrall to exclusionary capitalism. Anyone with a little time and patience can sew themselves a t-shirt, make a painting, or make a video. With perfume, up until fairly recently, you could only buy. And yet the tools are no more complicated. I mean, have you ever tried to fix a malfunctioning sewing machine? Aromatics are simple by comparison.

I believe that the need to make things is at the very core of humanity. We are creative animals. So, I decided to open the non-profit Institute for Art and Olfaction as a way of facilitating access to a whole new universe of creative tools, and a facts-based knowledge base that is free of the marketing-speak that you so commonly see in perfume ads (exotic, seductive, exclusive, etc.). I saw no logical reason why the knowledge and materials of perfumery shouldn’t be common knowledge, and why the applications should be confined to “liquid in a spray bottle”. I set out to change that, in my own way. and the IAO has been running, now, since 2012.

Like most non-profits and small businesses I know, we’ve had almost every flavor of trouble. Our deadline is in 10 minutes and the internet went dead! Did the water pipe burst, again?! How will we find the money to pay the rent? And my personal favorite: Where the heck did that cockroach come from?

You become familiar with your worries. They become sort of reliable, almost comforting. If you set up good systems and guard yourself against trying to appear bigger and fancier than you can in fact afford to be, chances are that you’ll survive.

At least that’s what happened with the IAO. I’ve spent weeks worrying about making rent. It happens every August, in fact. After the eighth instance, I decided not to sweat it too much anymore. I do my work to the best of my ability, and I try to remember that experiencing bumps along the road means that I’m still driving.

How do you think the industry will change over the next decade?
The industry is undergoing a shift that is very similar to what happened in film and TV with the advent of YouTube. Perfumery is becoming democratized. The challenges for the industry lie in how to maintain their hold on the market, and how to navigate the shift in their clientele: consumers are consumer-producers. It’s extremely tricky and extremely complicated.

In addition to that, technology is potentially changing how perfume is imagined and composed. As evidenced by Frederik Duerinck’s ‘Algorithmic Perfumery’ project, there is now the capacity to use artificial intelligence to produce perfume. Rather than a traditional trained “nose’, algorithms and data can predict what a consumer might like. This is of course scary to perfumers and for good reason. On the other hand, it allows more people to experience a gentler, more personable version of perfumery. Less “empty the airplane, someone wore Poison by Dior!”, more “oh wow this reminds me of a sunny corner in my grandmother’s house in Vermont”. 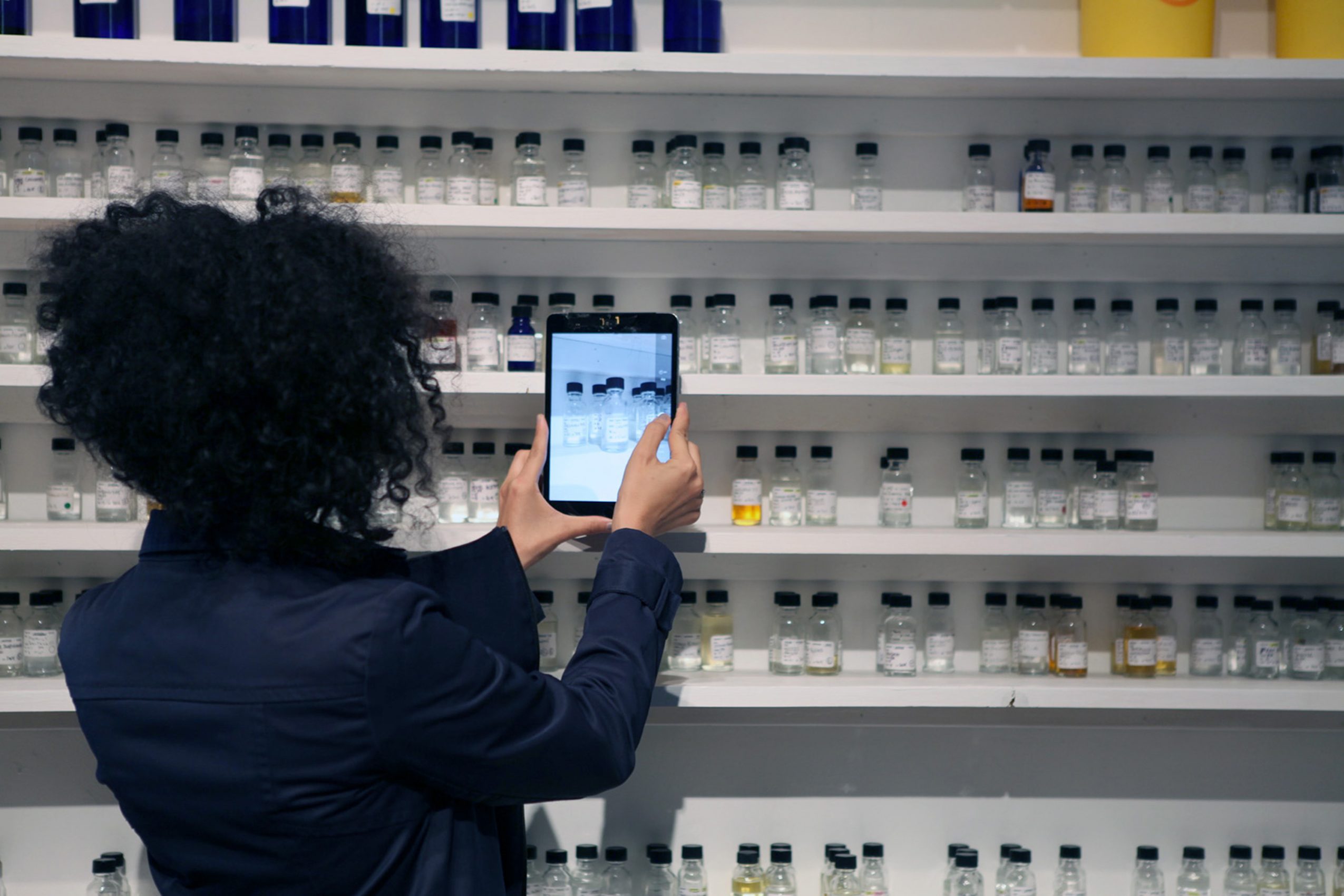 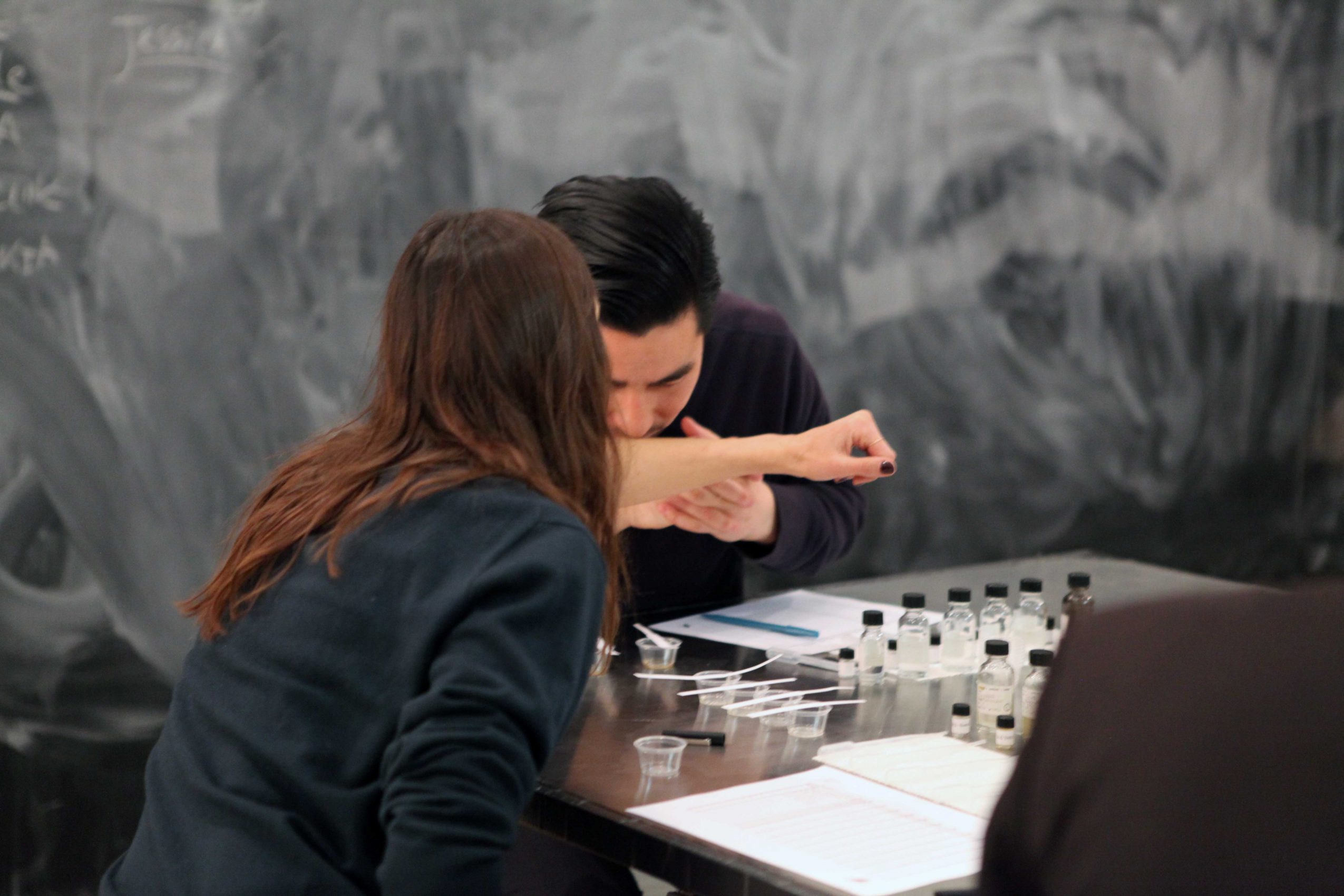 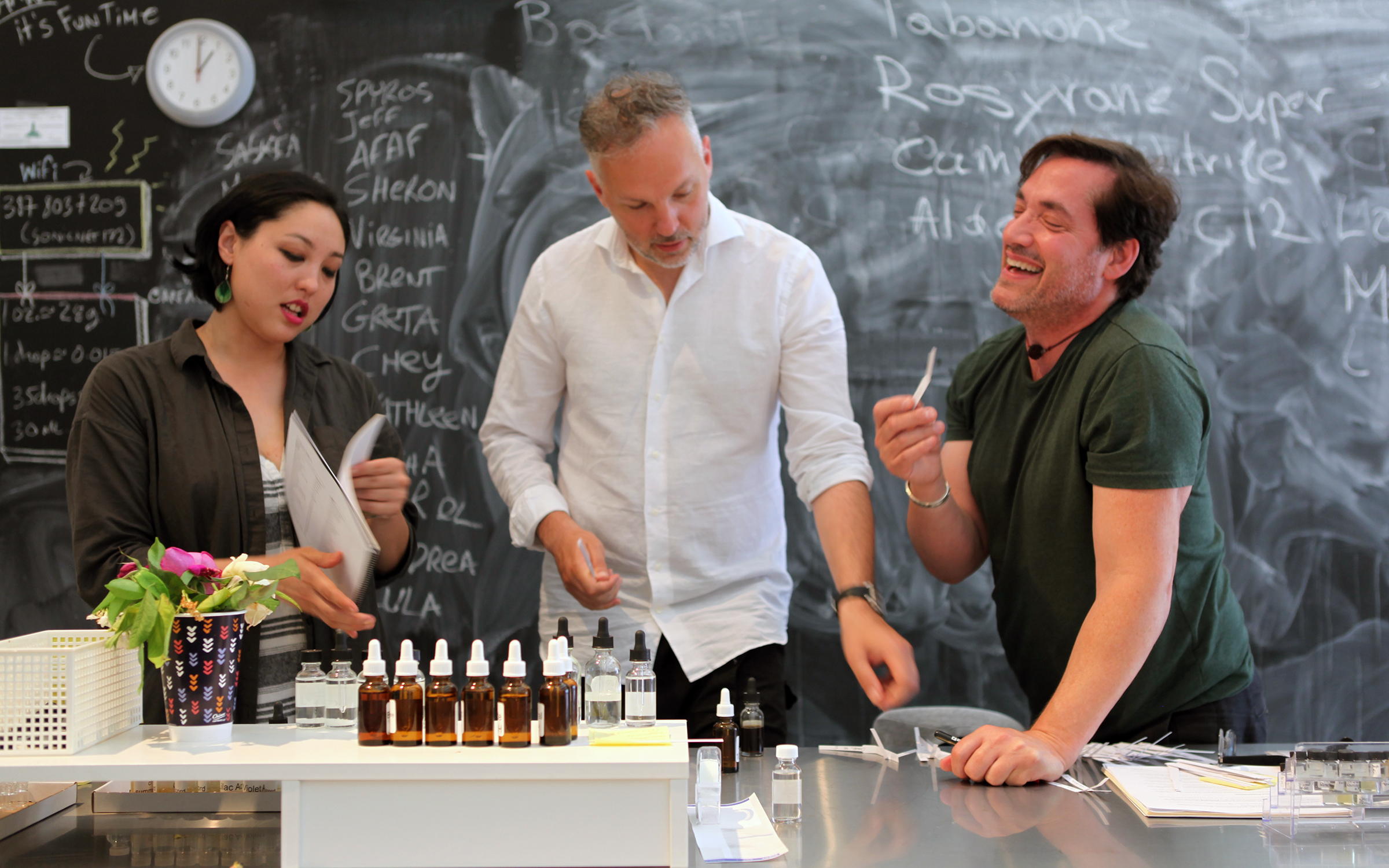 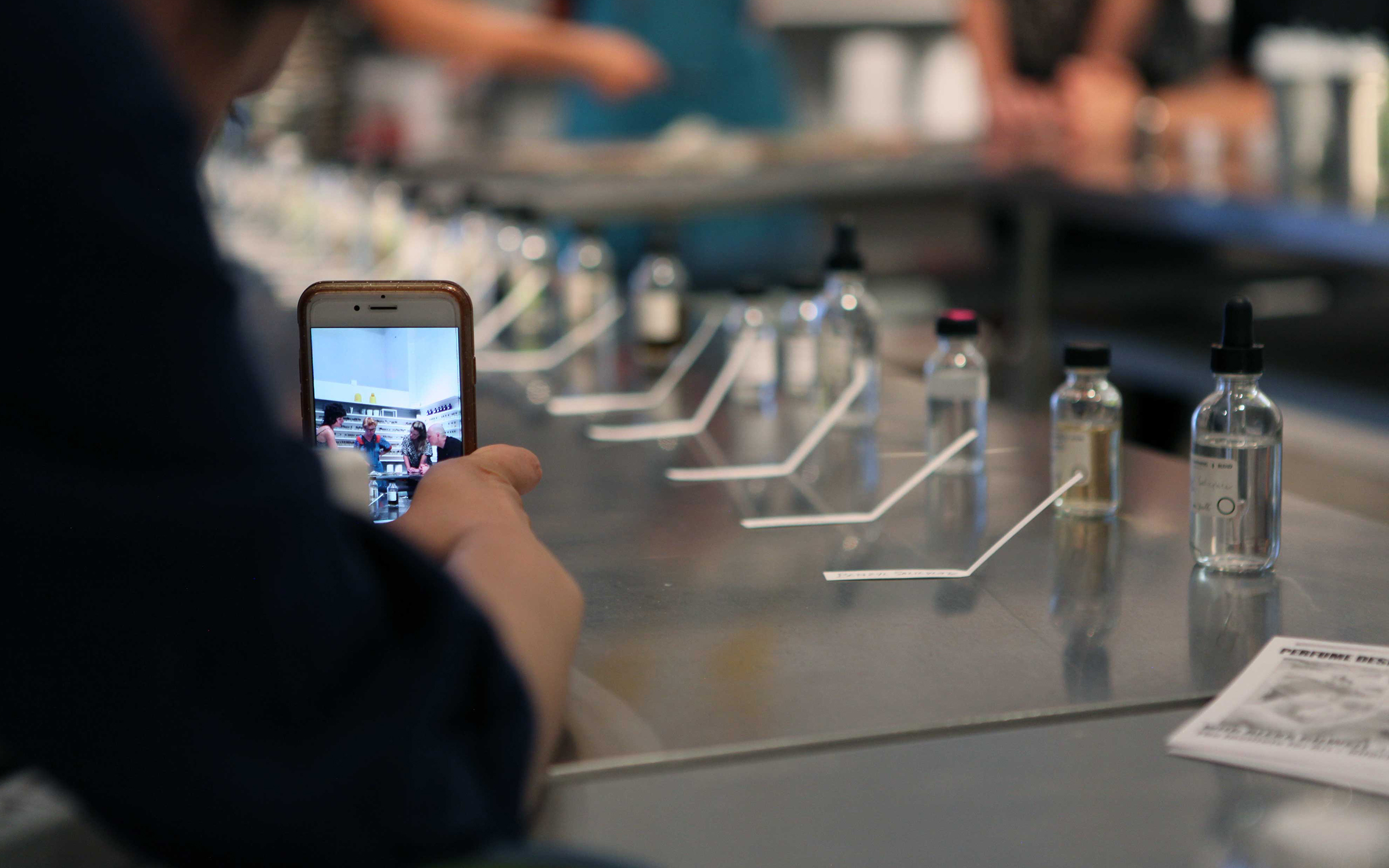 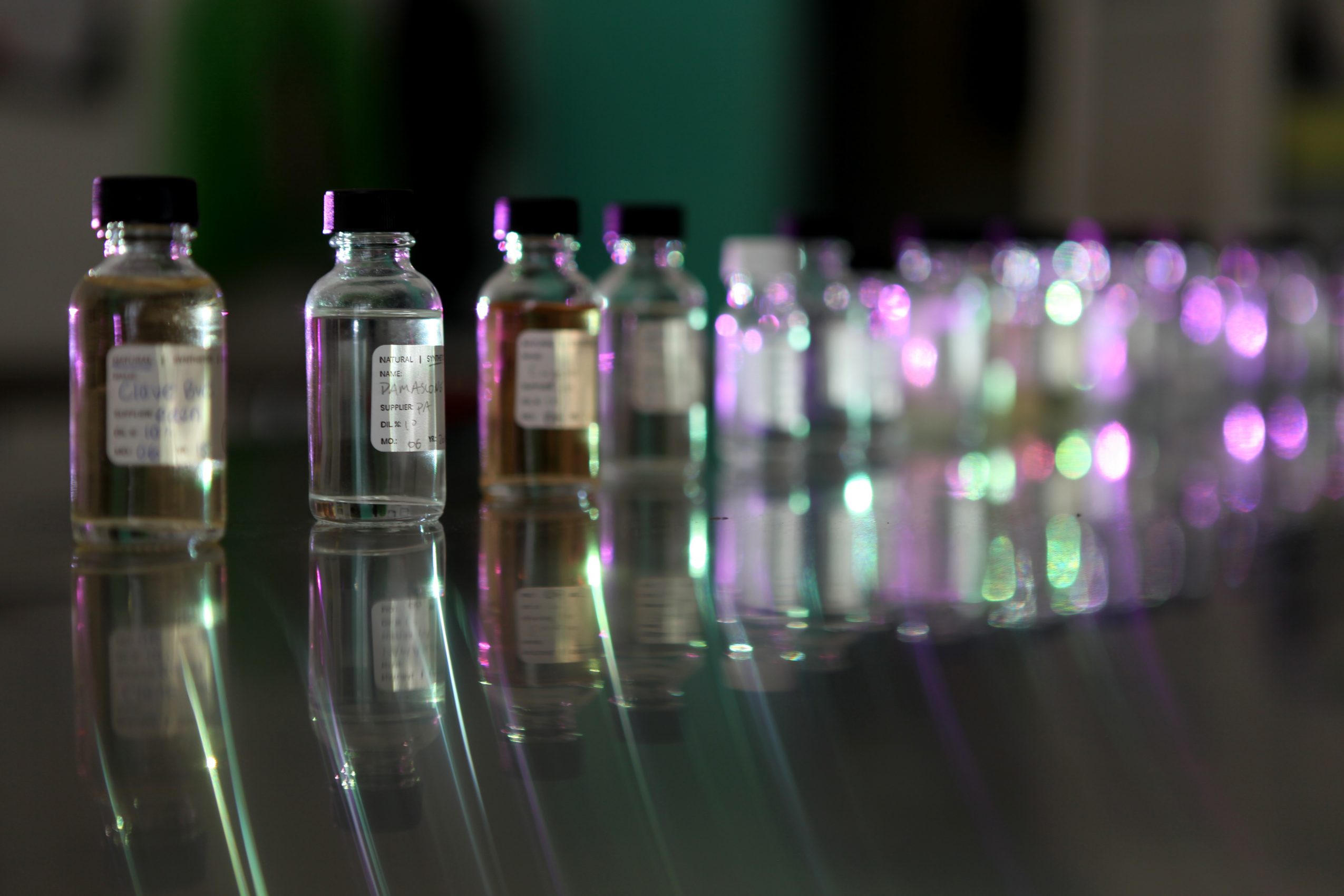 Image Credit:
The Institute for Art and Olfaction